10 Best Scuba Diving Spots In The US

Looking for the best scuba diving spots in the US? The marine world is one of the few places left on Earth in which you can see nature at its wildest. If you’re ready to slip into a wetsuit and strap on an air tank but don’t have the time or cash for overseas destinations, all is not lost!

The US coasts have some top-tier diving destinations for you to explore and experience. When you’re ready to dive in some world-class spots without digging up your passport, here are the 10 best scuba diving spots in the US to try.

As the center of Hawaii’s tourism industry and its most populous island, Oahu may not seem like one of the best scuba diving spots in the US at first, but the tourist crowds simply disappear once you’re offshore and underneath the Pacific Ocean’s waves. Oahu is full of resorts and dive shops, so it’s a wonderful place for both novice and experienced divers. It’s also an ideal spot for wreck diving, as many planes and ships from World War II are still in the waters surrounding the island. 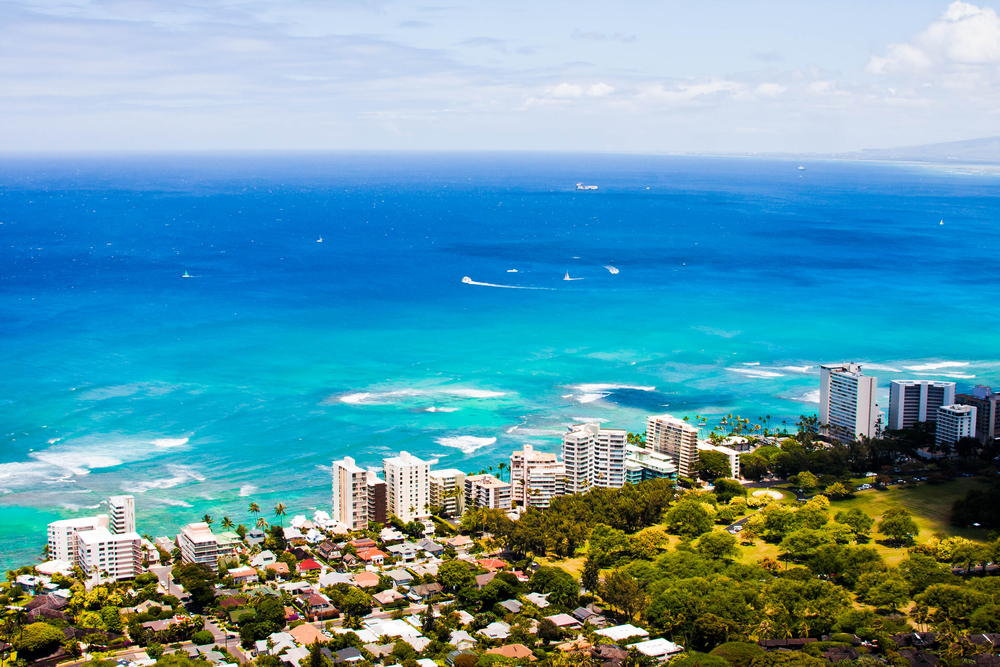 The barrier islands in North Carolina are already a spot for savvy travelers who want a quieter beach vacation because they remain pretty uncrowded, unlike many major tropical spots. These islands are also a rich place for divers, with hundreds of wrecks to explore, some of which date all the way back to the 16th century. Diving here, however, is not recommended all year round. Although you can dive in the winter, you will need a heavy wet suit. 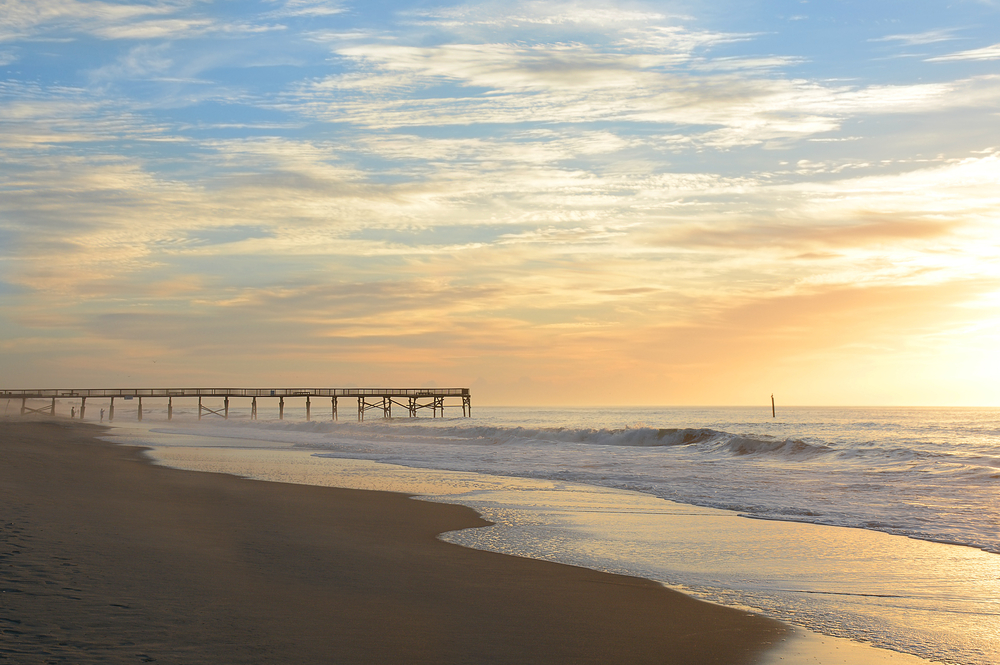 The Florida Keys boast clear, warm waters, and they are also the location of the sole living coral barrier reef in American waters. One of the best scuba diving spots in the US for the experience alone, you will be able to see a stunning array of marine animals and underwater vegetation in one of the most well protected reefs across the globe while in the Keys. 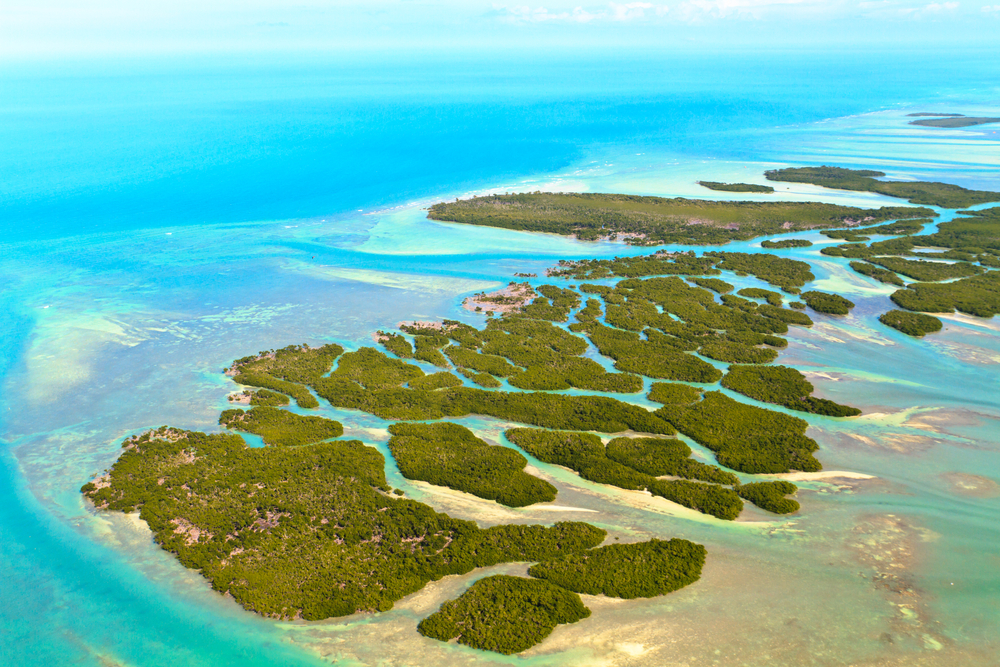 Right off Santa Barbara’s coast and north of Los Angeles, the Channel Islands of California have a diverse range of wildlife in their waters. The waters that surround this eight-island group are home to many species, including sea bass, giant eels, dolphins and sea lions. Set against the unusual backdrop of kelp forests, you can dive here just about all year round, although a heavy suit may be needed in the winter because the water temperatures can get as low as 50 degrees F.

In South Carolina and on the Atlantic Coast, Myrtle Beach boasts 60 miles of waterways, ocean and rivers that are ripe for exploration. Its open water sites for diving are filled with lobsters, sea turtles, barracudas, amberjack and angelfish. One particular diving hotspot for wild marine life spotting is the Hebe, a Dutch merchant ship that is largely intact about 115 down below the water’s surface. It is known for attracting sea creatures of all kinds. 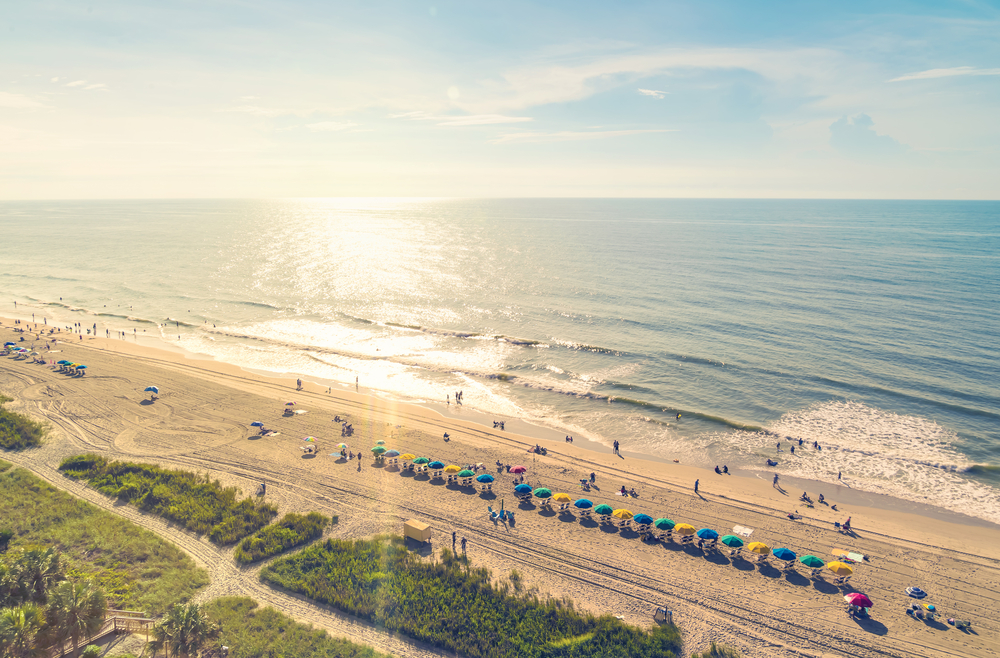 Maui is loaded with some of the best scuba diving spots in the US, and one popular site is the Five Caves by Makena Beach. Also known as “Turtle Town,” this is a great place if you really want to see the slow-moving reptiles in large numbers all at once. There are also lava-tube caverns and dramatic arches to explore and spotted eagle rays, frogfish and whitetip sharks to see. Since the Five Caves' deepest point is around 40 feet down, you can access this site from diving boats or by taking a short swim from Makena Landing Beach Park. 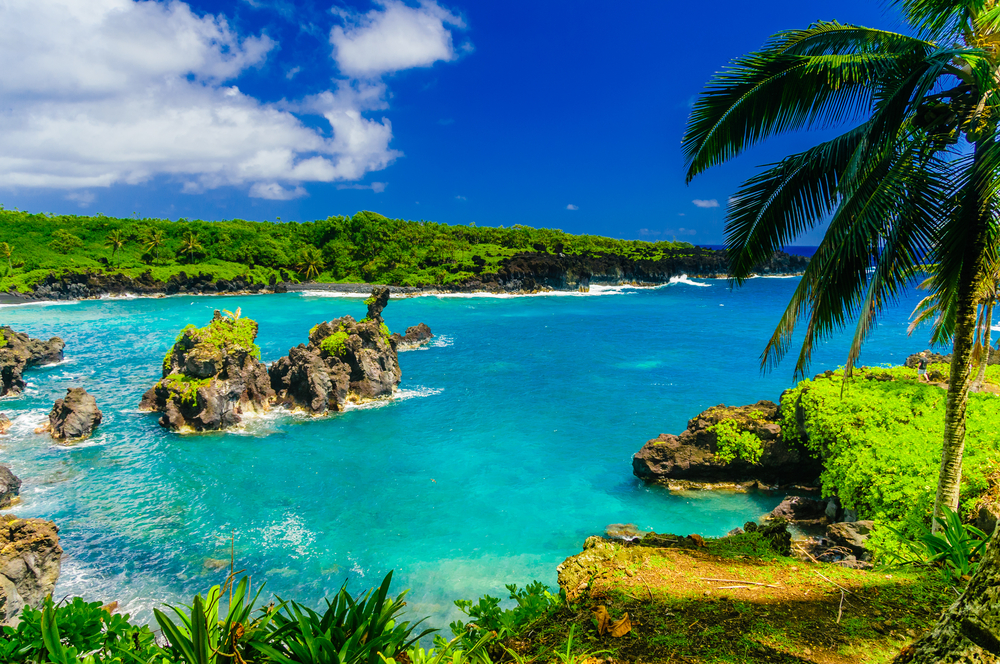 While Nevada may not immediately come to mind when you think of the best scuba diving sites in the US, there is a case to be made for its Sand Harbor. Just five miles south of Incline Village, the Harbor is the most well known dive site in the Sierra Nevada Mountains. You’ll find Diver’s Cover just to the right of the Sand Harbor Beach State Recreation Area, with its large granite cave. Visibility can range as far as 60 feet here, and you’ll find minnow and salmon schools and crawdads aplenty. 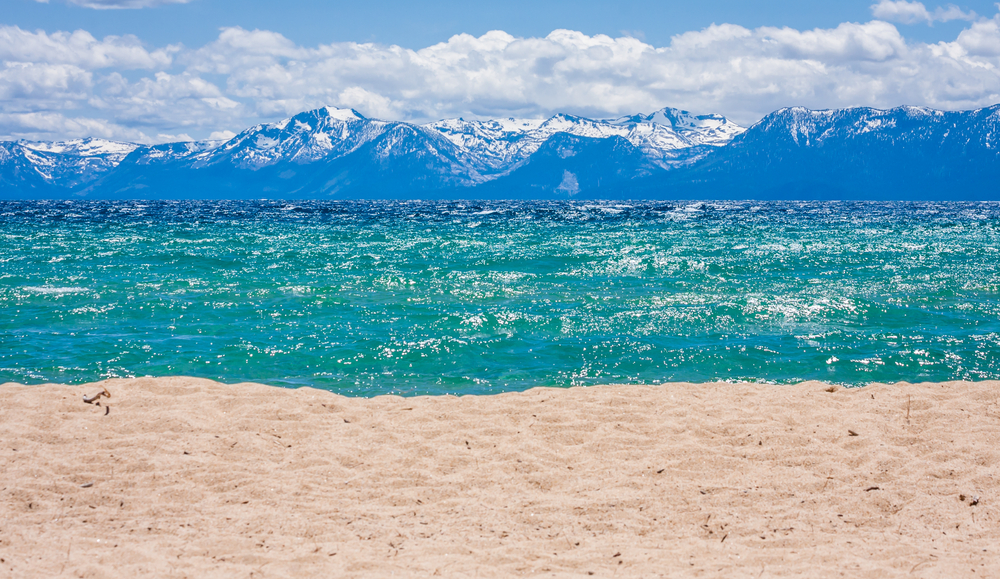 Right off Whidbey Island in Washington, the Keystone Jetty situated just 30 minutes away from Seattle is teeming with red Irish lords, rockfish, cods and kelp. If you get lucky, you might also spot a giant Pacific octopus, live and in the flesh! This area can have extreme tides and strong currents, so you should dive with a local guide if you don't have experience handling those conditions. You'll also want to stay on the east side of the rocks because there is a ferry pathway nearby.

A flooded mine in Bonne Terre, Missouri, this dive resort has 24 dive trails that weave through the caverns, with an incredible 100 feet of visibility. A truly unique experience regardless of your skill level, you’ll be able see pillars, elevator shafts, carts and more underneath the waters, and the mine itself is actually a national historic site. Note that all divers must start out at trail one regardless of their skill level. 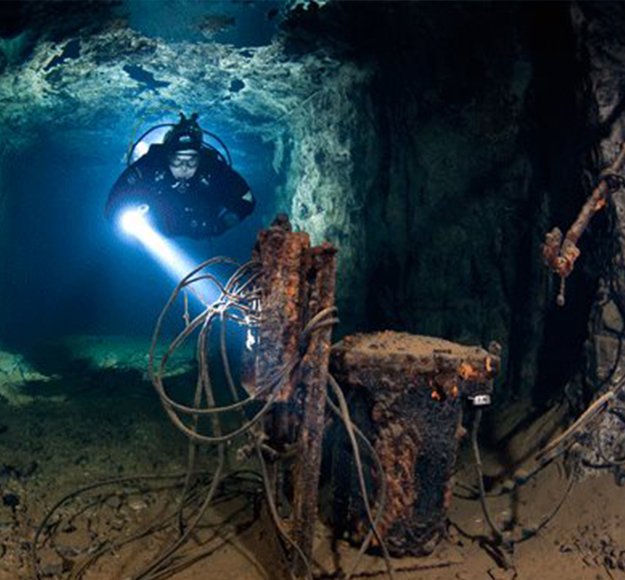 Highwood, Illinois, is the final resting place of the PS Lady Elgin, a 252-long wood hull ship that sank in Lake Michigan in 1860 along with approximately 300 passengers and crew members. Its remains start to become visible at around 60 feet and continue for a total of four fields. You can actually swim through them to find its wheels, the boiler and even its bow. Like many other wrecks, this site attracts a lot of local marine life. 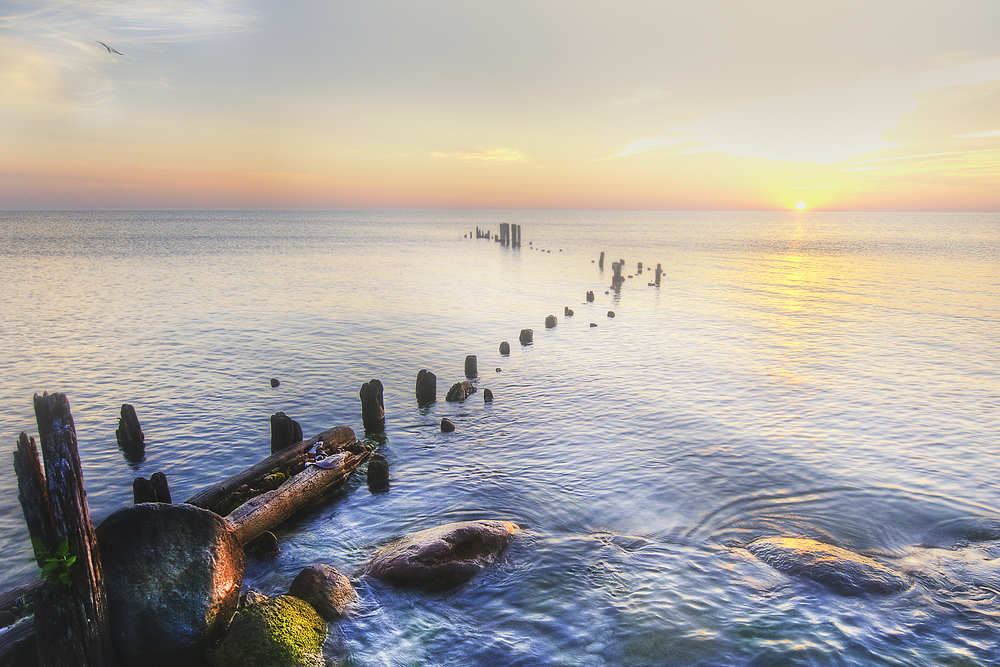 Comment on 10 Best Scuba Diving Spots In The US