10 Top Things To See and Do in Portland Oregan

Portland is a city in the American north-west that has gained popularity in recent years thanks to its status as a hipster’s paradise. However, there’s much more to Portland than brunch and beards. Here are some top things to see and do in Portland Oregan.

Portland is widely considered one of the best places in the United States for cycling.  Eight bridges span the river downtown, the Steel Bridge, a telescoping double-decker vertical lift bridge that is the only one of its type in the world, and the nifty Hawthorne Bridge, the oldest operating lift bridge in the U.S and one of the best ways to travel across these bridges is on two wheels. 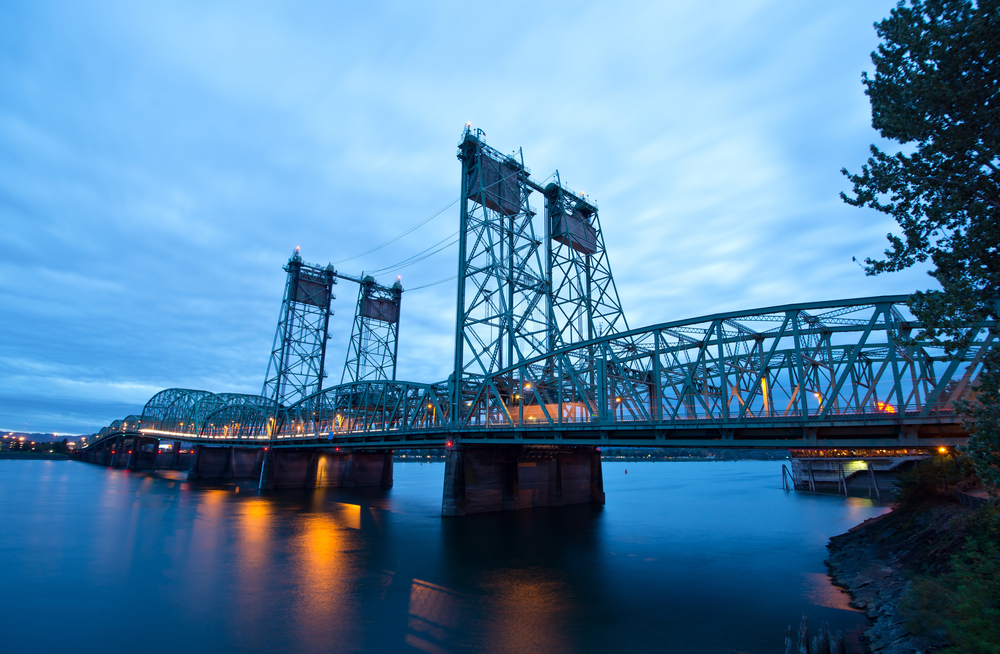 Powell’s Books is not your average used book store. Taking up an entire city block and playing home to more than a million volumes, Powell’s promotes itself as the world’s largest bookstore. Just be careful not to get lost. 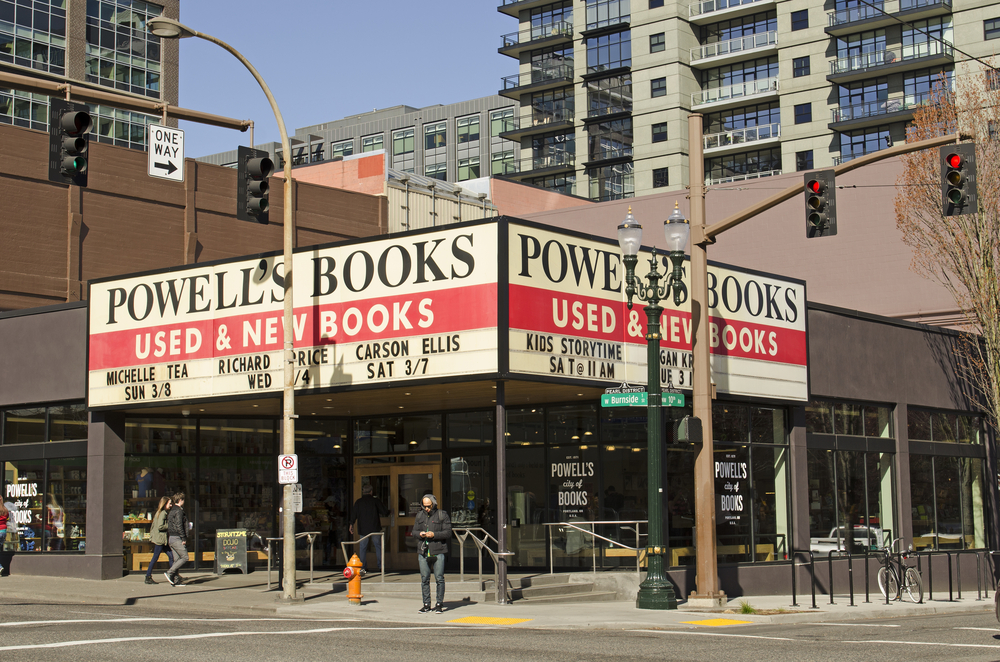 No trip to Portland is complete without eating the world-famous Bacon-Maple-Bar. You can even get married inside this quirky doughnut shop, complete with 1 staff picked voodoo dozen, a voodoo doll bride and groom, doughnut heart centerpiece and coffee for 9 guests. 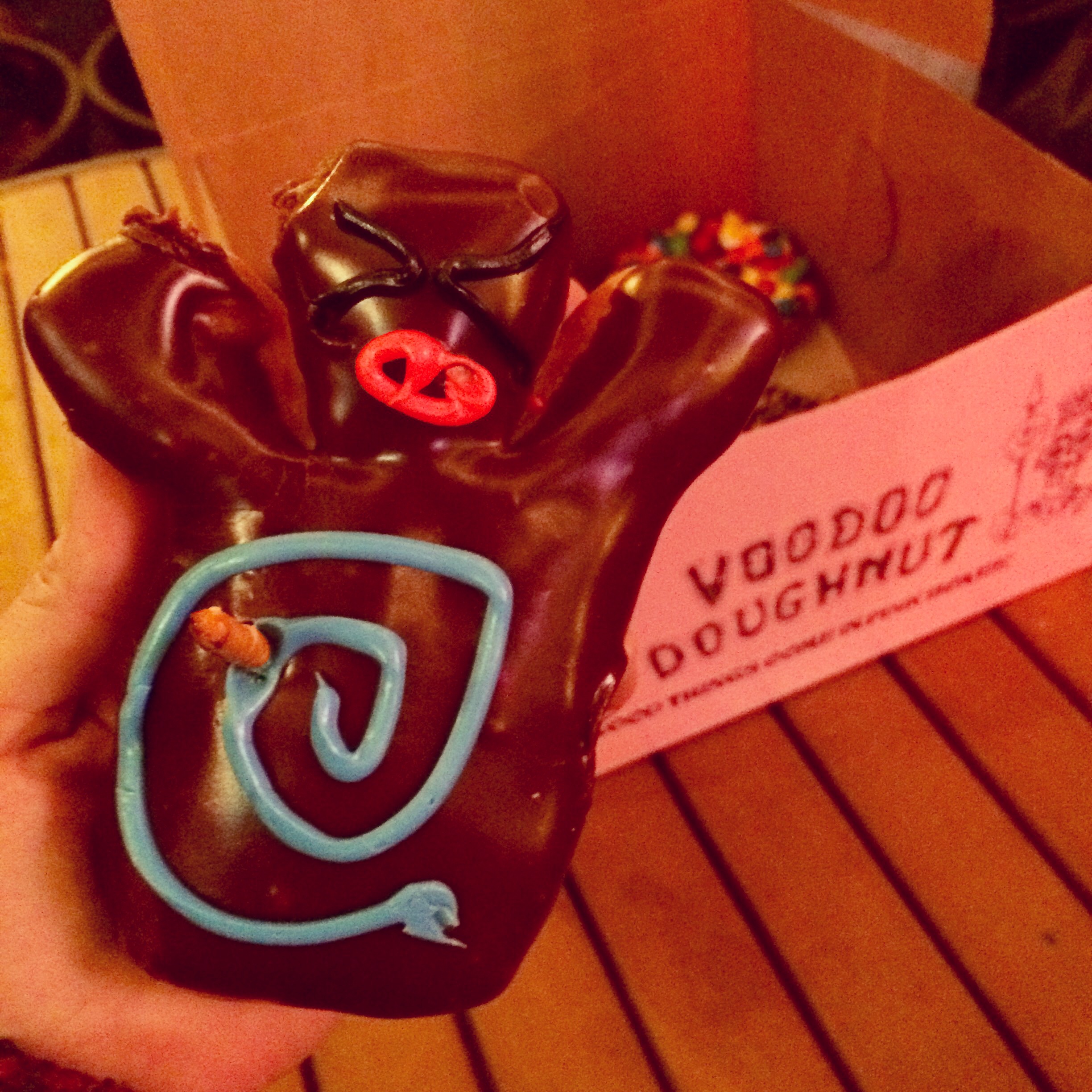 One of the best things about Portland’s culture is the number of unique and diverse neighborhoods which make up the city. Visit one of Portland’s 12 distinct neighborhoods to get 12 different experiences within the city limits. From checking out a gallery opening at Old Town Chinatown to going bar hopping at the stylish Pearl District, each part of the city offers something for all tastes. 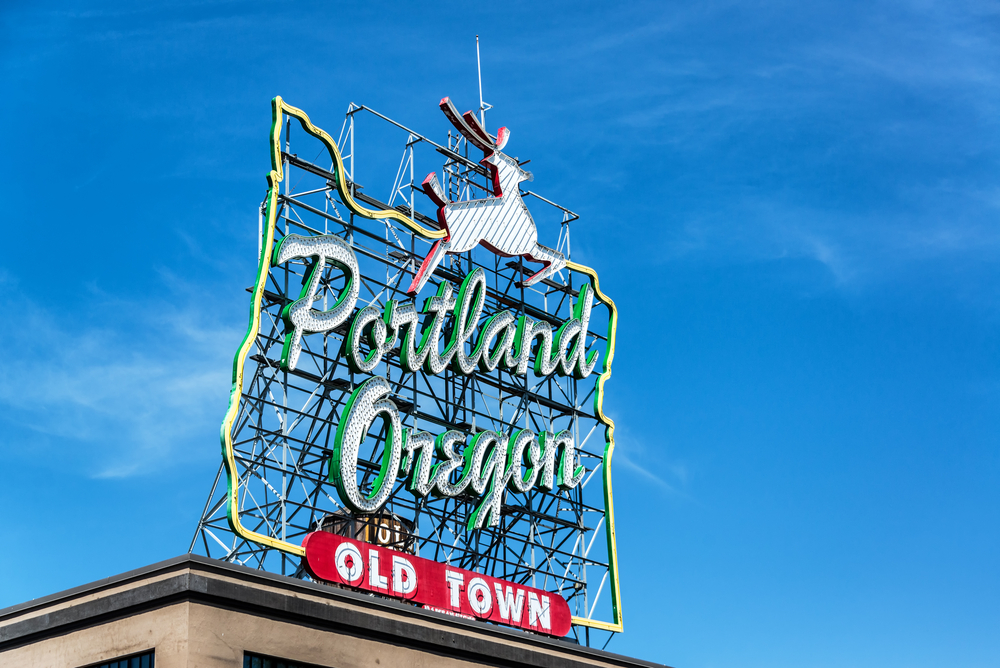 Boasting 10 microbreweries, Portland is considered one of the best beer towns in the United States. Fairs like The Oregon Brewer's Festival, the Portland International Beer Festival, and Portland Beer Week -- America's first organic beer festival -- ensure that beer spirit in the city runs high all year. 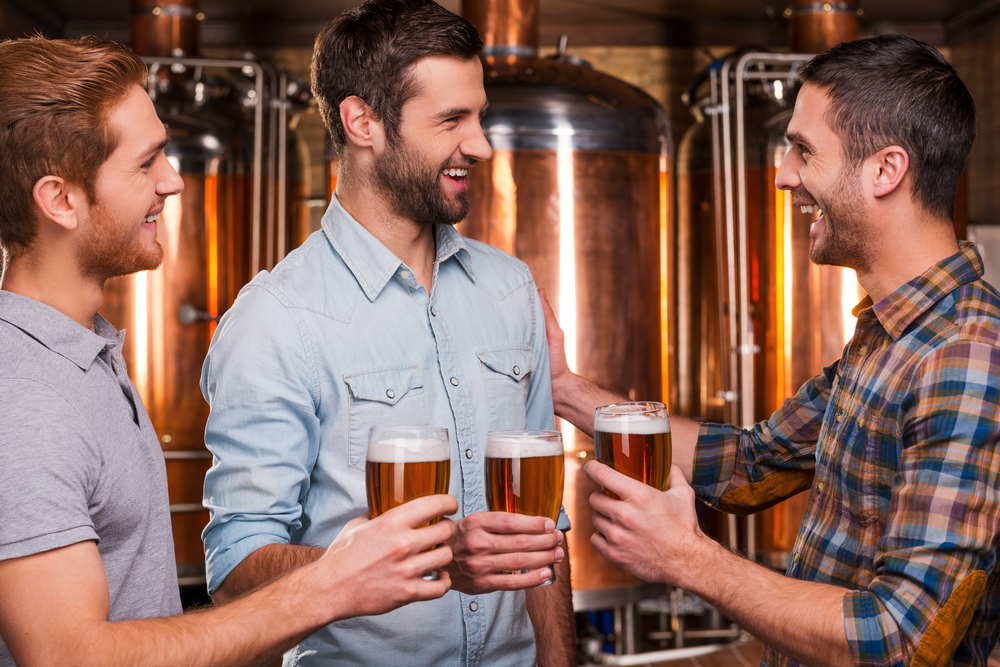 Portland is known for its coffee culture, but of all the coffee shops in town, head off to Huber’s Café, Portland’s oldest restaurant, to experience flaming Spanish coffee prepared tableside with flair. Warning: after having coffee here, you might find your regular morning cup well, rather ordinary. 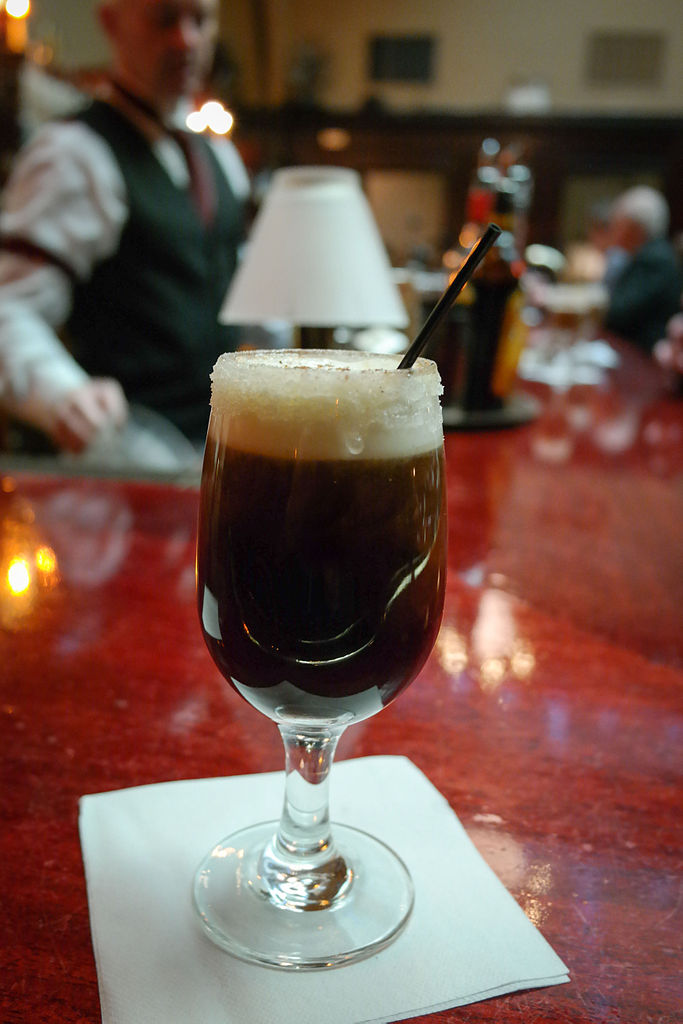 7. Eat at the Portland Farmers’ Market

The Portland Farmer’s Market is a network of seven outdoor markets which combined, is considered one of the top five markets in the entire United States. These neighbourhood markets connect city dwellers to the many small farmers that call Oregon home. These markets have become so popular among locals and visitors alike that it 10,000 to 12,000 shoppers each week. 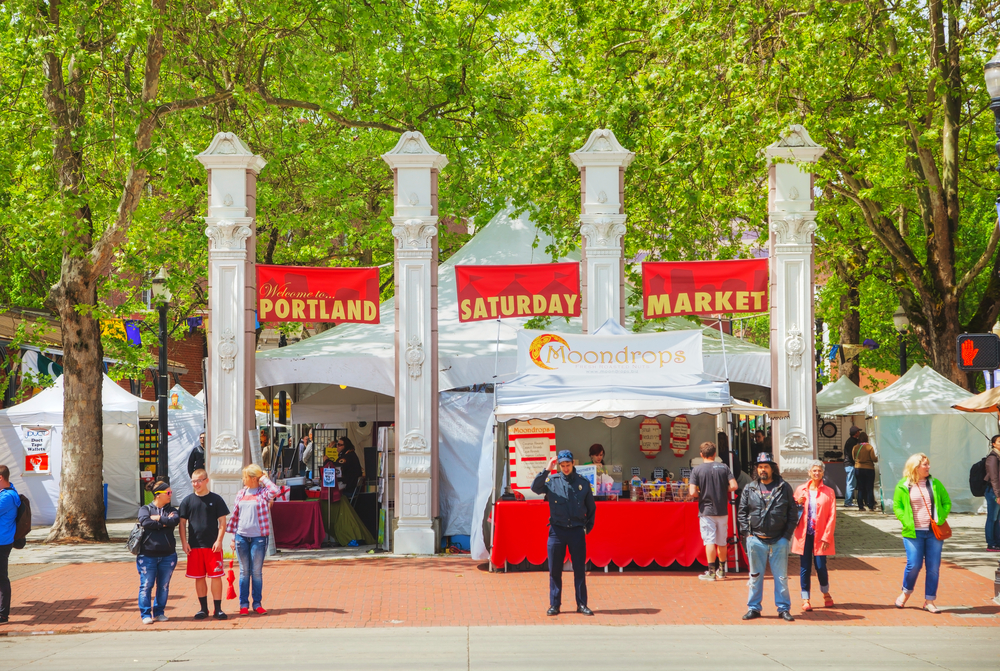 Portland’s original nickname was “The City of Roses” and its stunning variety of gardens is showcases its rich horticultural heritage. Take a stroll along The Bishop’s Close, The Berry,   Lan Su Chinese Garden or The Rose Test Garden and some of the of awe-inspiring floral arrangements along impeccable manicured landscapes. Plus, Portland’s high yearly rainfall means the flowers will likely be in bloom. 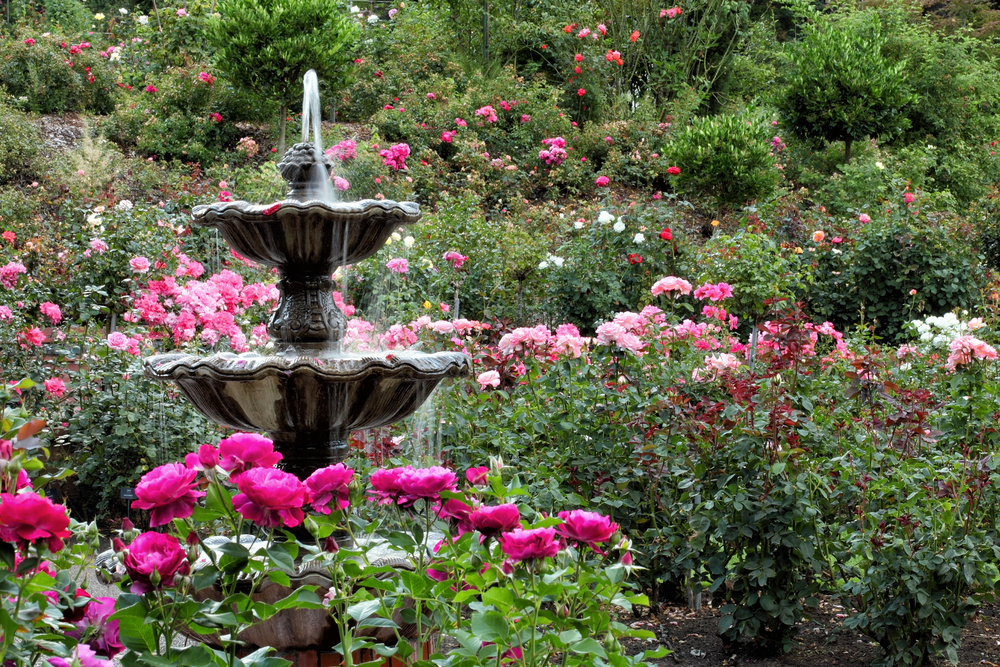 This mile-long park named after a former Oregonian governor is known for its breathtaking views of the Portland skyline and for hosting many of the city’s most high-profile events Oregon Brewers Festival and the rowdy Cinco de Mayo Fiesta. Even if there isn’t an event happening when you’re in town, you can still check out one of the museums located on the park grounds or dine at one of the restaurants which are located on the site. 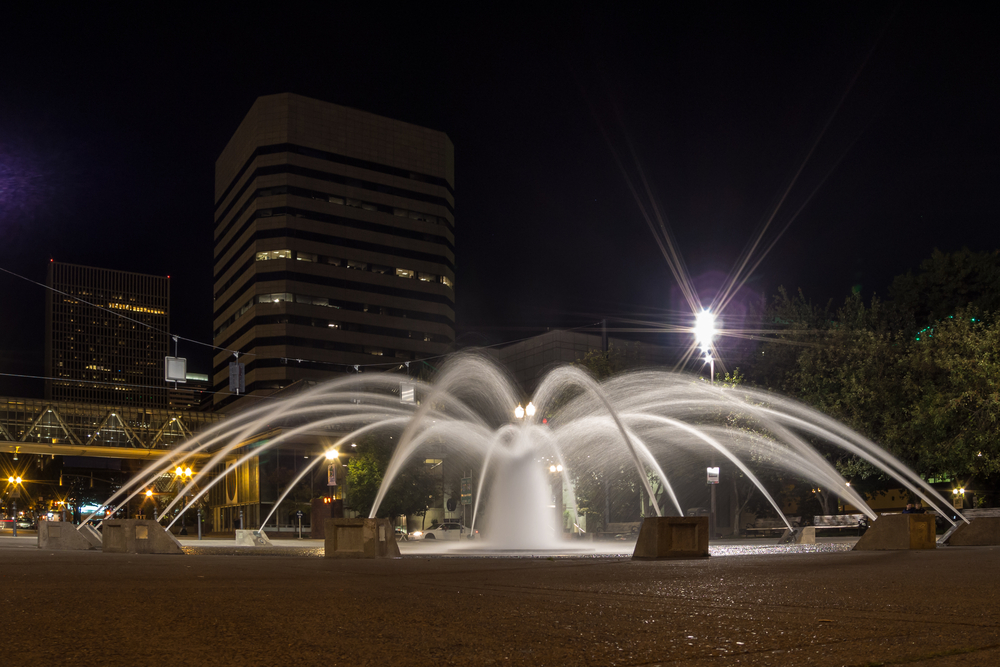 Since the 1920s, every single house on this quiet residential street has been designing elaborate Christmas light shows each year. These tudor-style homes are not only adorned with sparkling lights, but also nativity scenes, rotating Christmas trees and stunningly life-like replicas of Santa and Frosty. For almost a century, Portlanders have been visiting these festive homes to mark the holiday season and you can join in on the celebrations too if you ever happen to be in Portland around Christmas time. 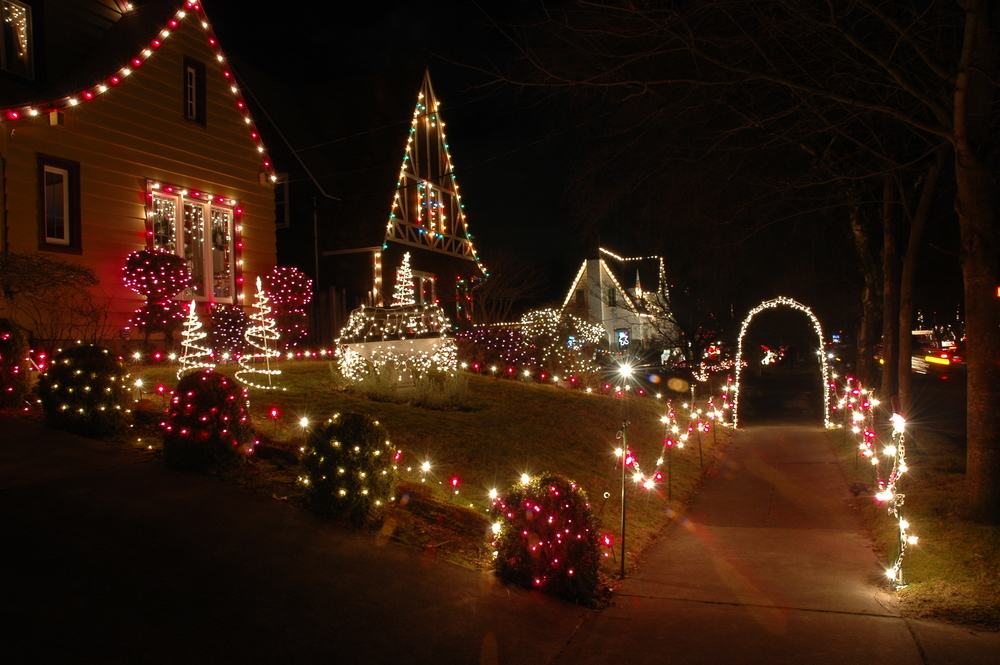