Norway is a gem of Northern Europe, the proverbial feather in Scandinavia’s cap. What makes it so great? For one, the vast expanse of uniquely wild landscape, cut with countless fjords and a jagged skyline of primitive mountains. Norway is a veritable paradise for nature lovers, given that a love and reverence for the natural surroundings is firmly etched in the national identity.

You’ll also find a deep and intriguing culture here, one that has earned various sites across the country the UNESCO heritage badge, and keeps travelers coming back for more. From Vikings to 20th century art masters, there’s a lot to learn about this seafaring country’s contribution to modern life while you explore the wild and humbling surroundings. So, if you’re after a magnificent North European experience, be sure to include these 10 Norwegian stops on your tour.

Oslo is Norway’s ancient capital, and it certainly earns the title, with a thriving city center, impeccable harbor front, and array of world-class museums. History and modernity blends well here: the Vikingskipshuset will give you a glimpse into the city’s centuries-old Viking past, while the gleaming new opera house paves the way for a bright future on the arts scene. The Nasjonalgalleriet is another must-see in Oslo, and you can top off your cultural tour with a visit to some of the best cafés and restaurants in Northern Europe, with a forested backdrop that hints at the wilderness beyond. 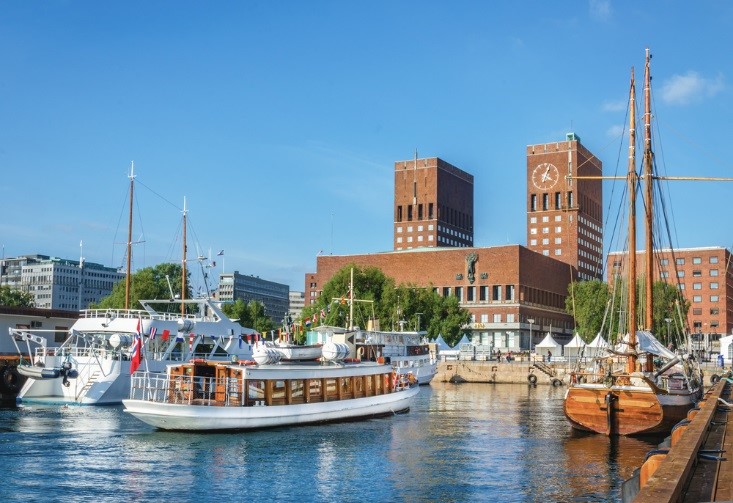 Consistently rated as one of the very best train trips in the world, the Oslo-Bergen railway is exciting, serene, and simply breathtaking. The track running from Oslo to Bergen is the highest rail journey in Europe, over Europe’s highest mountainous plateau. It’s just as busy in winter as in summer, when the clear lakes reflect the icy peaks as the train shuffles skiers to the ski resorts. The bridges arch over meadows and rivers, and you’ll speed through hand-carved tunnels to more bewildering landscape until you pull up to the quaint seaside village of Bergen. 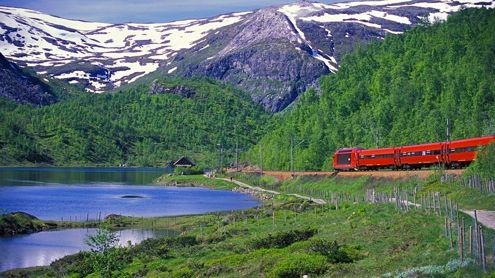 A coastal village with a long and prestigious history, Bergen is a storybook vision sitting among the fjords. There are all sorts of reminders of a significant past among the colorful wooden houses lining the pristine old quarter of Bryggen by the water, and an array of cute and quirky old buildings dotting the seven hills and seven fjords that surround the city. You’ll have your choice of art galleries, boutiques, and delicious restaurants, but simply walking around the narrow streets of the city will be one of the most memorable parts of your visit. When you’re ready for some new scenery, it won’t take long to get to the natural wonders that Norway is known for. 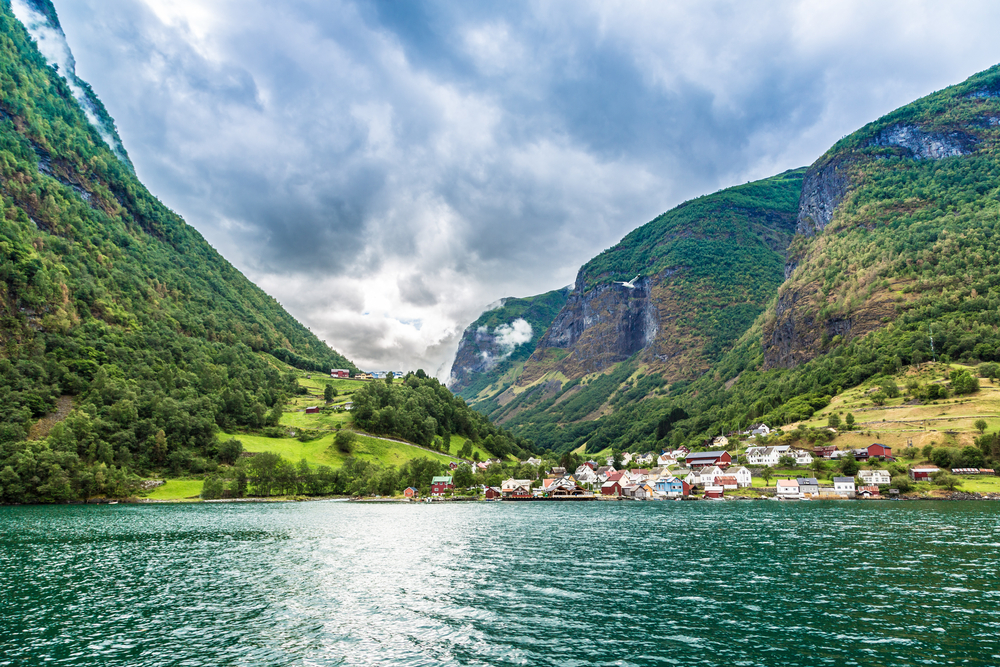 If you’ve come this far north, you owe it to yourself to make the last leg of the trek up to the Arctic wilderness of Svalbard. Literally covered in glaciers, this icy landscape is home to some wildlife you won’t see elsewhere in the country, especially polar bears – they outnumber people in this region. It is one of the most dramatic scenes you will ever witness, with bear swaths of icy land, eroded peaks, and enigmatic ice fields. Take a hike over the glaciers, fly across the land with the help of a dog sled, or hop on a boat trip for a trip around the still waters and primitive stony outcrops. Any way you choose to see it, Svalbard is mesmerizing, and as close to the North Pole as you can get. 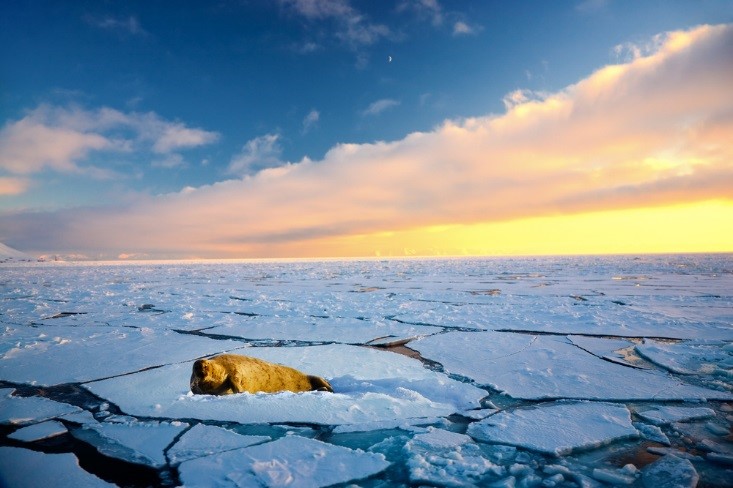 Ferry Around the Geirangerfjord

This is undoubtedly one of the finest ferry rides out there, so hop on the big boat at the port of Geiranger on the west coast for a slow tour of the sleek and narrow Geirangerfjord. Witness the glassy green water snaking its way through impossibly steep cliff faces, and you’ll understand why this 20km stretch is a UNESCO World Heritage Site. Old abandoned farms dot the rocky outcrops, and a series of spectacular waterfalls line the way from Geiranger to Hellesylt. The journey takes about an hour, but the ferry is comfortable and offers top-deck seating to enjoy the landscape all around you. 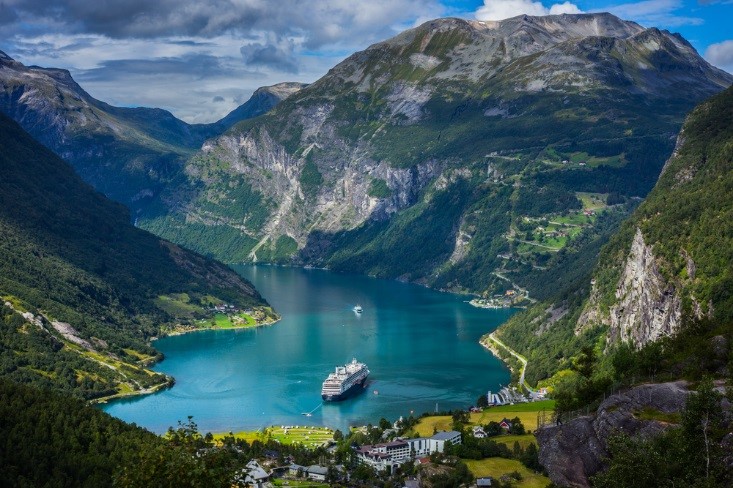 Way up in the Norwegian Sea, there’s a peninsula of islands that juts out into Arctic waters, and although it’s a bit out of the way, it promises a fantastic stage for exploring the unique landscape and culture of the far north. While the backdrop is astoundingly rugged (and arguably some of the most beautiful in the country), over the four main islands you’ll find picturesque villages, beautifully rustic bays, and a traditional fishing culture that’s still very much alive. The cluster of islands is very bike friendly, too -- many small bridges let you roll around the entire region without interruption, so cyclists should consider a tour on two wheels. 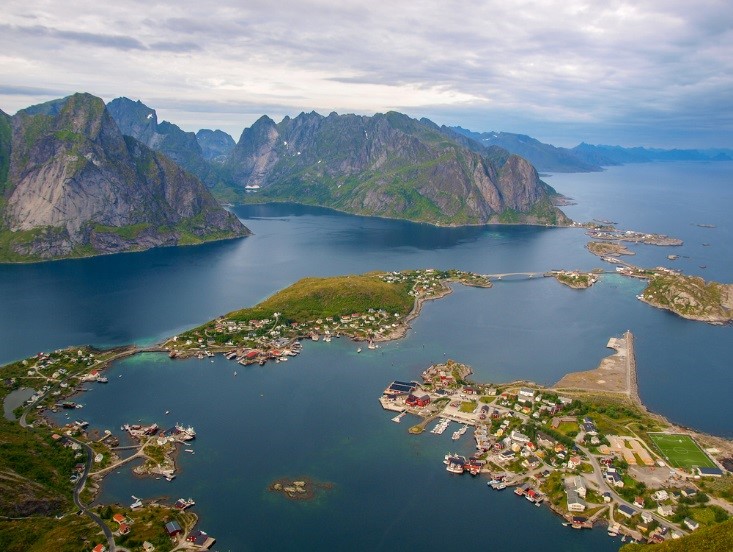 The name says it all: Pulpit Rock is one giant slab of stone. But this is a truly awesome slab of stone, stretching out and over the Lysefjord, 600 meters above the blue water, and serving as one of the iconic images of the Norwegian coast. Hundreds of thousands of tourists make the trek from the nearby city of Stavanger each year to look out over the earth below: after the 2.5 mile hike to reach the site, you’ll be rewarded with an unmatched birds-eye view and a relaxing rest on the square, sunbaked surface. To preserve the fantastic view, there are no safety fences or rails; your safety is your responsibility, but everyone’s right to nature is protected by the government. 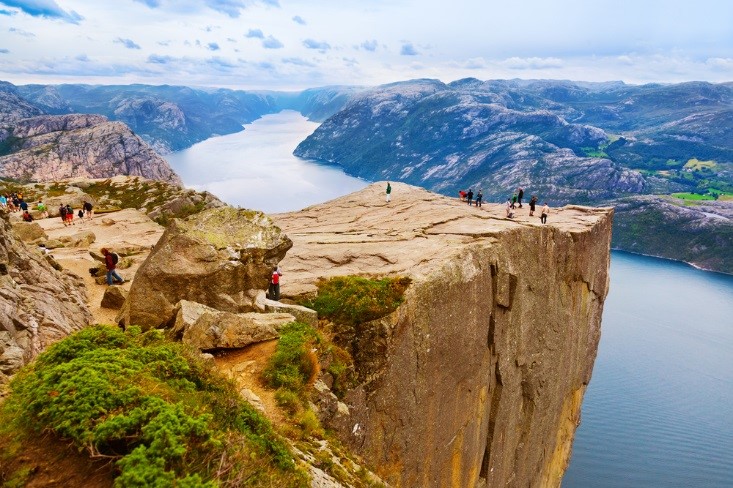 This fishing village is delightfully unusual in Norway – and anywhere else, for that matter. A fire razed the little city to the ground in 1904, but it was promptly rebuilt by visionary Norwegian architects following the Art Nouveau movement in Germany at the time. The result is a colourful pocket of detailed facades and swooping, ornate embellishments, unlike any other Art Nouveau specimen in Scandinavia. Strolling around the city’s network of canals is a pleasure, but there are also a few worthwhile stops to make: be sure to check out the Sunnmøre Museum, the small lighthouse in the center, and Jugendstil Senteret (a beautifully preserved pharmacy that has become an exhibition of the city’s Art Nouveau roots). 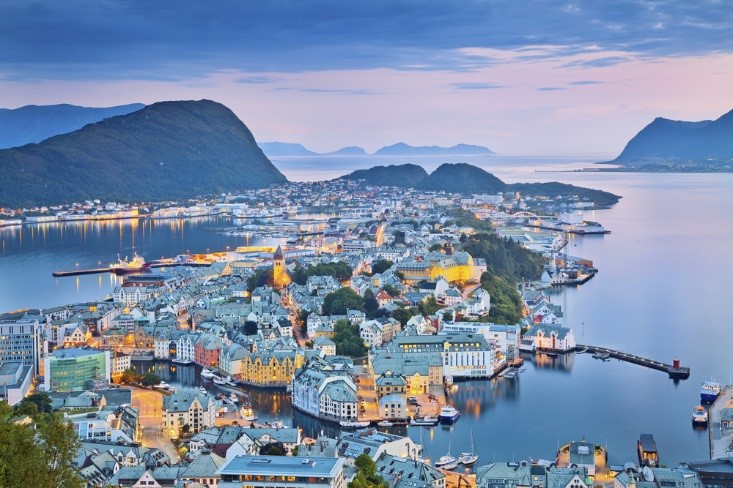 The biggest city in Norway’s most northern reaches, Tromsø may be secluded, but it certainly isn’t sleepy. There’s a bustling university, and a good measure of pubs, gardens, and old wooden houses. The summer brings a string of festivals that celebrate the rich musical heritage of the area (some of Norway’s best-known musicians come from the region) and the 24 hours of daylight. But the activity continues as the year rolls on; Nordic skiing is a mainstay when the snow starts, and if you visit between October and March, you’ll have a pretty good chance of seeing the Northern Lights dance across the night sky. 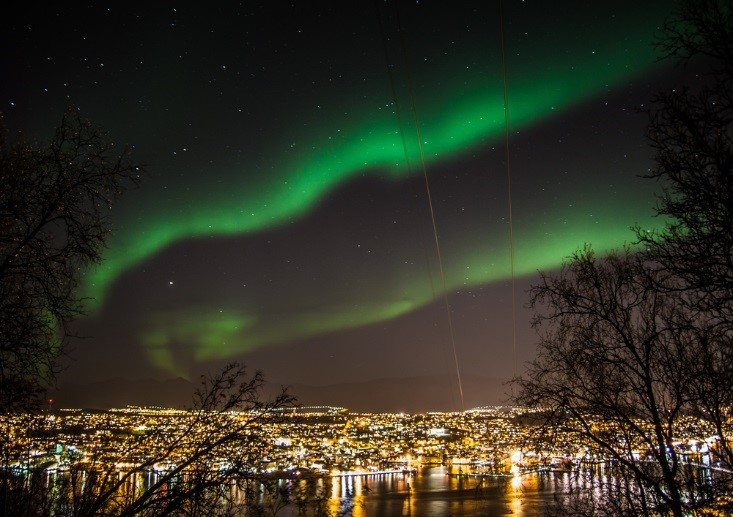 One of the nation’s most pristine and bountiful hiking and fishing areas, the Jotunheimen Park contains Northern Europe’s two highest peaks among a vast field of mountains, lakes and valleys stretching into the horizon. This is where you come to see Norwegian wildlife – reindeer, elk, wolverines and lynx – and to walk along the 60 primitive glaciers that dot the terrain. It’s an excellent region for hiking, with an impressive network of stunning trails that carve through stony, grassy landscape, and many private huts sit at Eidsbugarden where tourists can camp in the summer months. 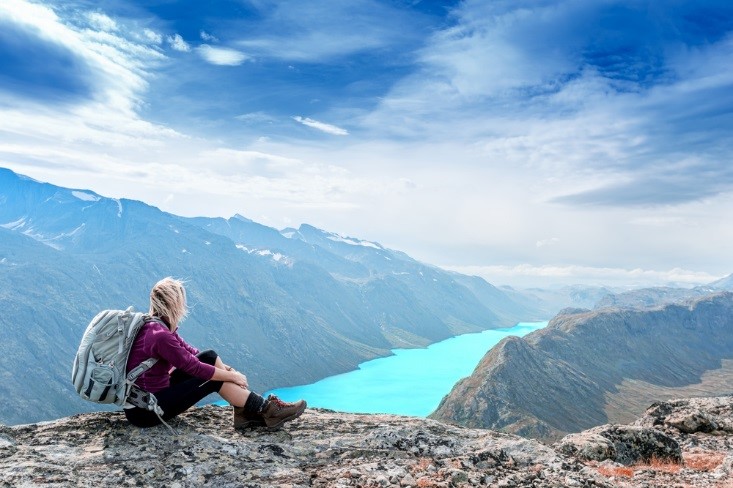 Comment on Uniquely Norwegian - 10 Stunning Places To Visit In Norway