10 Must See Sports Stadiums From Around The World

Every fan knows that the game is what matters, but the atmosphere can make a huge difference. After all, seeing your favourite team win on your own TV isn’t quite the same as witnessing the victory alongside thousands of roaring, ecstatic fans. Of course, some sites are better than others for the live experience, and these stadiums have the size, capacity, and cutting edge design to elevate any game to new heights. 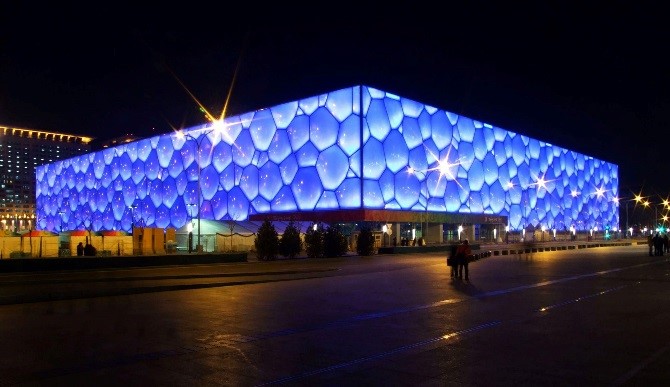 This luminescent square building has come to represent the ingenuity and accomplishment of the Beijing Olympics. It was here that America’s own Michael Phelps smashed the record for gold medals in men’s swimming, and the Beijing community was so impressed by the Sydney architects’ design that similar structures have since popped up all over the country. The stadium holds 17,000, and since the Olympics it has undergone a massive renovation, transforming half of the interior into a waterpark. 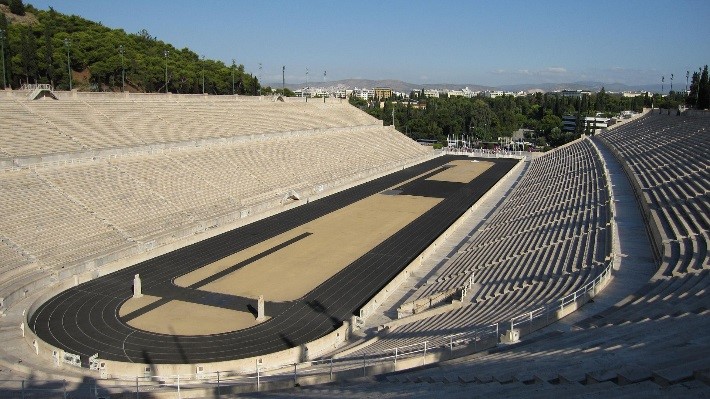 After the remains of the very first Olympic Stadium were unearthed in the 1830s, architects set out to recreate the ancient building for modern competition. Modeled on the 330 B.C. arena but built entirely out of marble, the monumental Panathenaic Stadium was home to the first modern Olympic Games (held in 1896), and continues to be used for a wide variety of sporting events in Athens today. This is where the 2004 Olympic marathon finished, and it’s also the venue where the ceremonial torch is handed over before every Olympic Games. 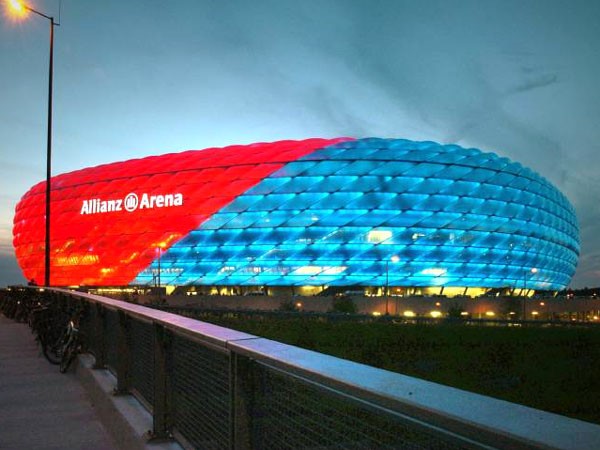 This ultra-modern sports stadium is home to the world-famous Bayern Munich football club, and can house over 75,000 fans. The interior boasts state-of-the-art seating, along with all the amenities you could ask for (including three day-care centers!), but the plastic façade is the arena’s true claim to fame: the giant bubble (or the “inflatable boat”, as locals call it) will change color according to which of the two Munich teams are playing. 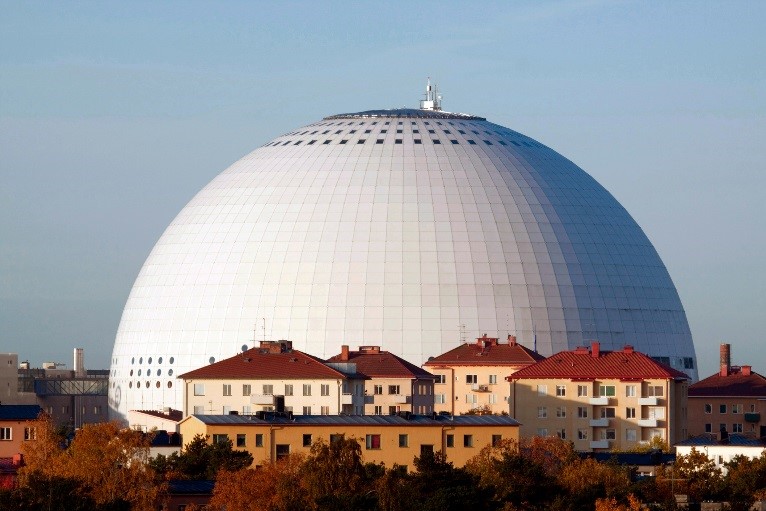 You can’t miss this giant white dome on Stockholm’s skyline. The Ericsson Globe is the world’s largest hemispherical building, and as impressive as it look from the outside, it’s even more spectacular once you get inside. The ceiling soars 279 feet above the ground, which is generally devoted to ice hockey, but has hosted a number of pop concerts and indoor football competitions. While you’re there, book a ride on the Skyview gondola, which travels up the outside of the globe to offer a jaw-dropping view of the city. 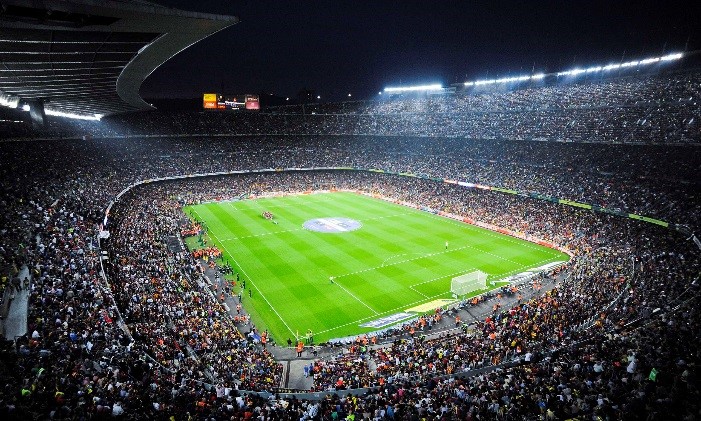 The biggest stadium in Europe doesn’t need the flash and decadence of more modern spaces – it’s a beloved Barcelona landmark, and it draws the crowds to prove it. With a capacity just short of 100,000 and as the home of FC Barcelona, Camp Nou brings out some of the most fervent fans in Europe, which promises an atmosphere to remember. 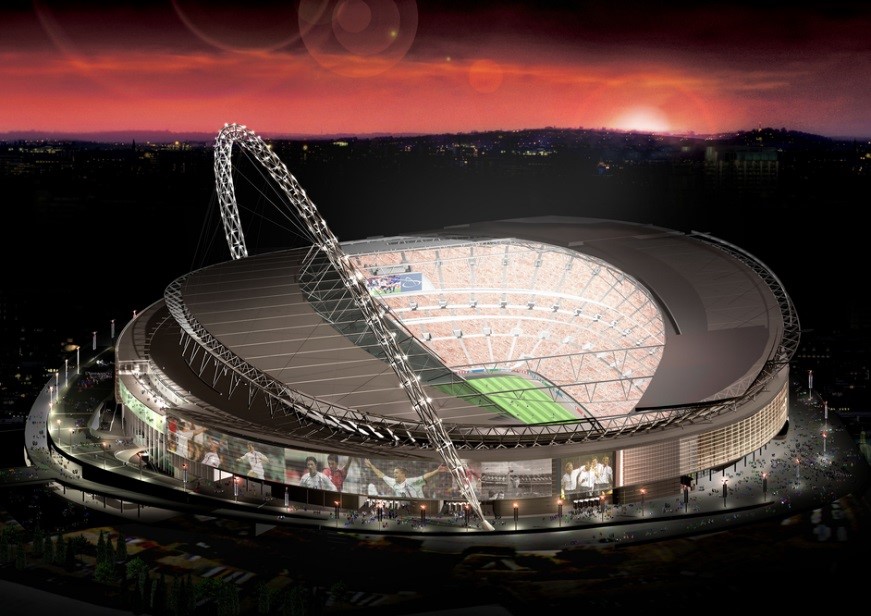 With its iconic arch, storied past and second highest seating capacity in Europe, Wembley has earned a place among the world’s most revered stadiums, but its versatility is what makes it one of the world’s most interesting stadiums. On any given day, the 90,000 seats could be packed with soccer, rugby, American football, or music fans: from national soccer championships to rock concerts, Wembley stadium hosts all sorts of world-class events. In fact, the stadium has won several awards for architecture, amenities, and acoustics. 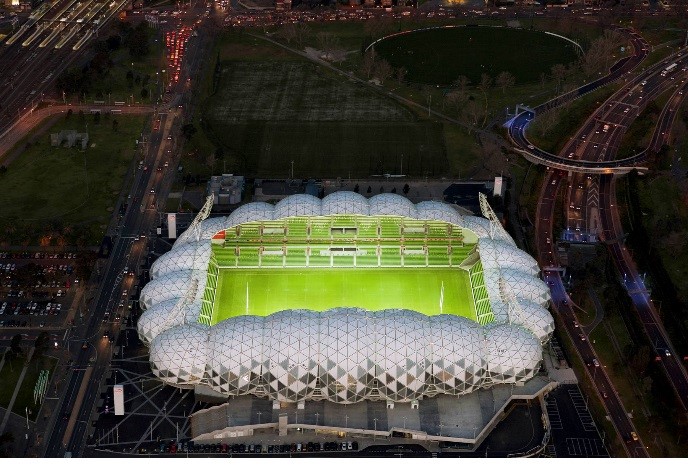 Shining like a faceted diamond on the Melbourne skyline, AAMI Park is the darling of architects and offers a spectacular experience. Although there are only 30,000 seats inside, each and every one is treated to an unobstructed view thanks to the glass “bioframe”. If you get a chance to attend a rugby or football match here– and plenty take place, given that it’s the home to several Australian teams – don’t miss the opportunity. 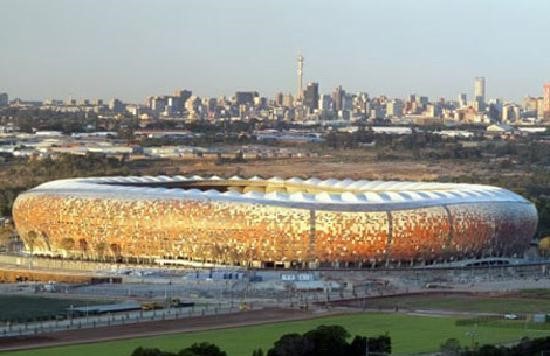 An important and awe-inspiring venue, FNB Stadium (also known as Soccer City) can accommodate 95,000 fans, making it the biggest stadium in Africa. The ring of lights that runs along the bottom of the exterior symbolizes an African pot on an open fire – a stunning effect at night. Although the recent update was designed with the World Cup in mind, Soccer City is bound to host top-level sporting events for years to come. 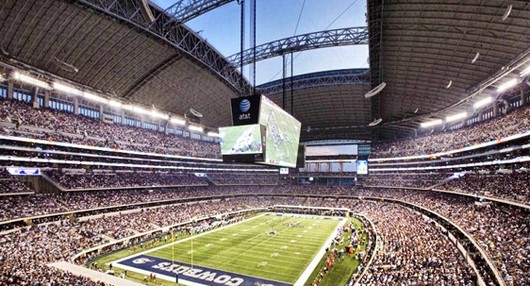 It’s the largest domed structure in the world, houses the world’s 4th largest video display (stretching from 20 yard line to 20 yard line), and uses retractable glass doors in the end-zone that are the tallest and widest of their kind. As if the sheer size of the AT&T Stadium wasn't enough, the venue draws the biggest sporting events (from football bowls to Wrestlemania) and concerts from the world’s biggest bands. So much goes on here, in fact, that you should. 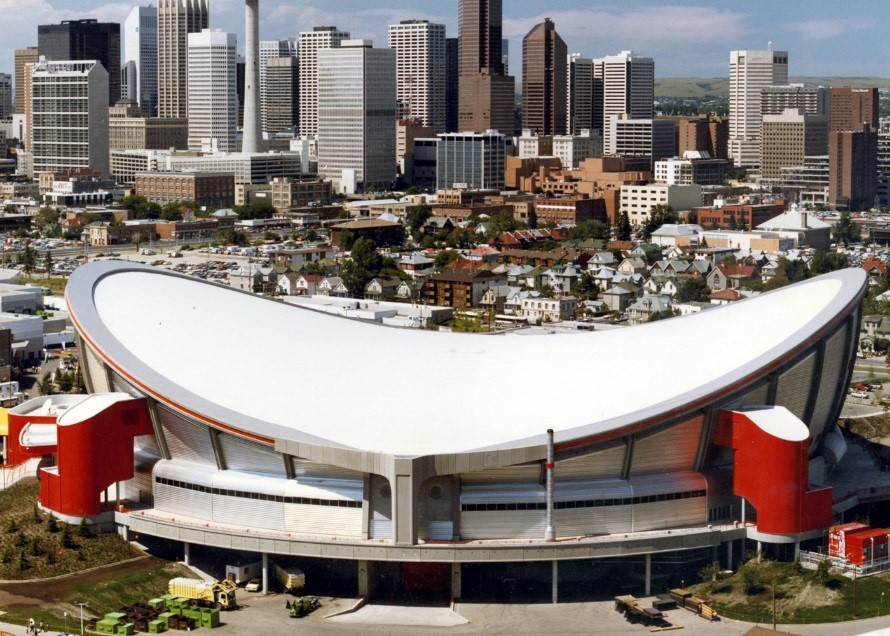 The concave roof may suggest a smaller interior, but in fact, the Saddledome’s unusual structure is precisely what allows for totally unobstructed views. Its weight is supported without pillars or bars, and the gigantic, open interior famously hosts the annual Calgary Rodeo, as well the home games for the Calgary Flames. The structure is strangely flexible, too – it can also move three inches in every direction to cope with the sudden drops and spikes in temperature that are so common in Calgary.

The biggest stadiums aren’t necessarily the best, but recent Olympic Games, World Cups, and architectural ambition have delivered better and brighter sites. Rumor has it that several iconic stadiums in America and Europe are due for an upgrade, so look out for some cutting edge revamps in the years to come.

Comment on 10 Must See Sports Stadiums From Around The World