Things To See and Do in Russia

Don’t beat yourself up for the fact that you’ll probably never even scratch the surface of the infinite number of things to see and do in Russia - after all, this is a country that spans no fewer than 11 times zones, is as vast as the power of former Tsars and impenetrable as the KGB. By the same token, don’t let that put you off from making this a top-tier destination on your bucket list - just see as much or as little as you have time for and enjoy the privilege. Here are some ideas to get you started.

With its Disney-on-acid exterior, this cathedral is one of Russia’s most instantly recognizable and iconic sights. Built by Ivan the Terrible in the 16th century, its garlic-bulb topped towers, covered in bright hues and beguiling patterns, didn’t always look as distinctively colorful as they do today: it’s believed that the Cathedral was originally white (to match the stone of the nearby Kremlin) with gold domes, and that the pigments we see today were added over 200 years later and based on a description of the Kingdom of Heaven in the Bible’s Book of Revelation. Confiscated by the state after the overthrow of the Russian Empire, it’s now more of a tourist attraction and museum than a religious building, although church services are held occasionally since the Soviet Union fell in 1990.

The name by which it’s often called - The City of the Dead - gives some indication of its mysterious allure, and Dargavs doesn’t disappoint. Tucked away in the ridges of the Caucasus mountains, this city resembles an ancient village but is actually a necropolis, bristling with tombs. Possibly first created in response to a plague that swept the surrounding area and decimated its population, the crypts may have originally been used for quarantining sick people and giving them an enclosed place to await death; they now house masses of human bones. Unsurprisingly, there are several myths and legends around the site - including one that claims that if you come here, you will never leave alive. 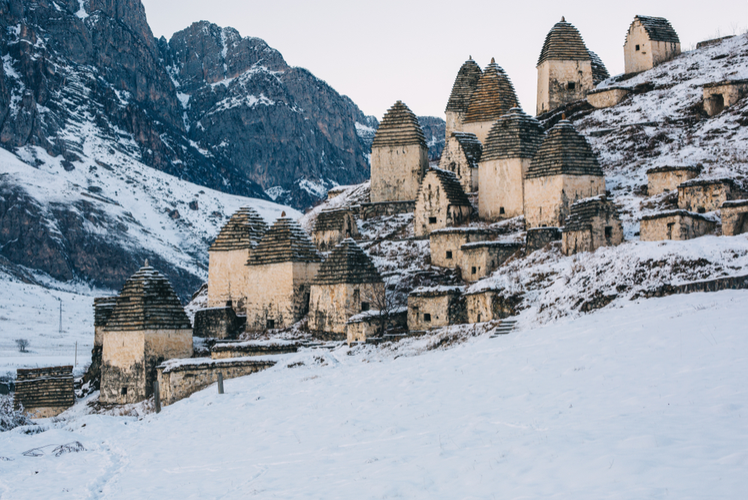 Located about 180 kilometers north of St Petersburg, Novgorod is known as the birthplace of Russia and its historical center was declared a UNESCO World Heritage Site. Home to Russia’s oldest surviving Kremlin, from which you can enjoy fantastic views of the surrounding area from the top of the Kokui Tower, the city also has many monasteries and churches worth visiting, including the magnificent Cathedral of Saint Sophia, the oldest church in Russia. With its river setting, Novgorod is popular with weekend visitors from St Petersburg looking to escape the city, so try to plan your visit for mid-week if you want to avoid the crowds. Fans of Dostoyevsky, keen to visit his hometown of Staraya Russa, will also find this a good base from which to do so. 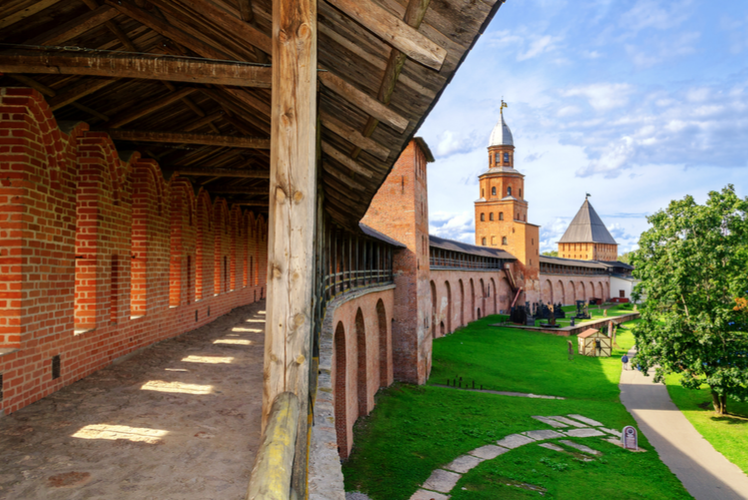 This republic in Russia’s north-west is adored by Russians and tourists alike, for the fact of its sheer, magnificent beauty. Its proximity to the Finnish border has an impact on its landscape, which features vast lakes and crashing waterfalls, with towering pines and firs growing directly on the enormous rocks. One of the largest towns in this magical region is Sortavala; use this as your base to explore Ruskeala Mountain Park, where Marble Canyon, an abandoned quarry, is filled with crystal clear water that mirrors the rocks surrounding it on its emerald surface. Only divers are able to explore the underwater mines but, even without the benefit of this training, you can rent boats or go swimming; alternatively, stick to the surrounding trails. In summer, light shows on the lake add to the spectacle. 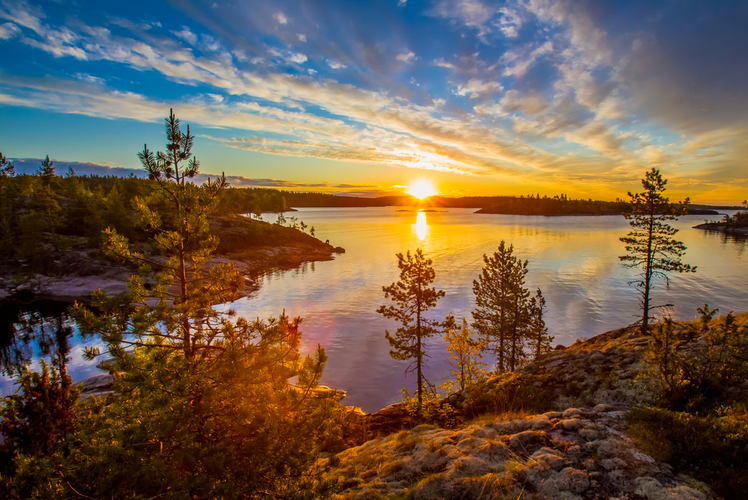 The most easterly town in the northern hemisphere, this is also somewhere where ecotourism has taken off in a big way: take your pick from land-based trips like hiking the mountains and volcanoes (there are three in the vicinity) horse trekking and hunting , or water-based excursions such as fishing, kayaking and sailing. Petropavlovsk-Kamchatsky’s coastal location on the Kamchatka peninsula has also put it on the foodie map, with seafood and the local crabs eagerly sought delicacies. Summers are cool, so swimming may not be on the agenda but in any case, there’s something to be said for sitting on a beach with views of snow-capped mountains: this is definitely something you should do while in the area. 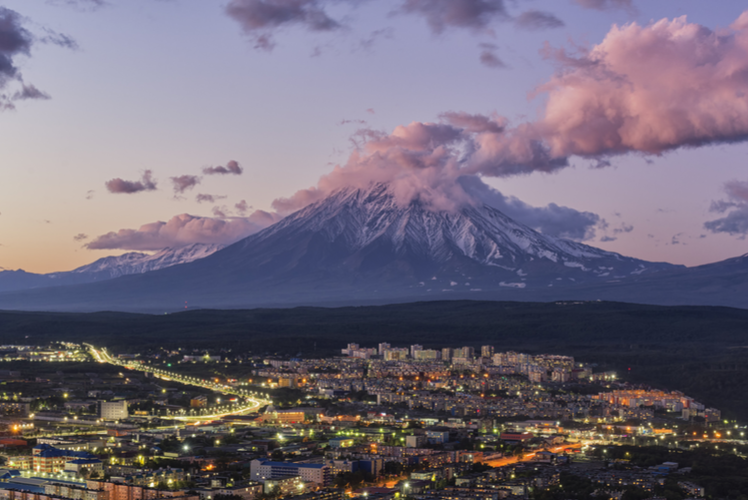 Over a thousand years old, this city, located in Tatarstan, is the sixth most populous in Russia and offers a beguiling patchwork of cultures and religions, with mosques and churches existing cheek-by-jowl with cathedrals. The melting pot is also reflected in the city’s food offerings, which is hardly surprising when you consider that Kazan means ‘cooking pot’ in Tatar. One of your must-try morsels should be a echpochmak, a triangular pastry stuffed with different varieties of meat, ranging from duck and goose to mutton or beef. Just before serving, they are given their final touch with a dab of butter and a drop of stock coaxed through the hole in the pastry’s top. For more insights into Tatar history, check out the Old Tatar Settlement, where a cluster of 17th and 18th century buildings mark the restricted area in which ethnic Tatars were forced to live after the 1552 siege of Kazan. 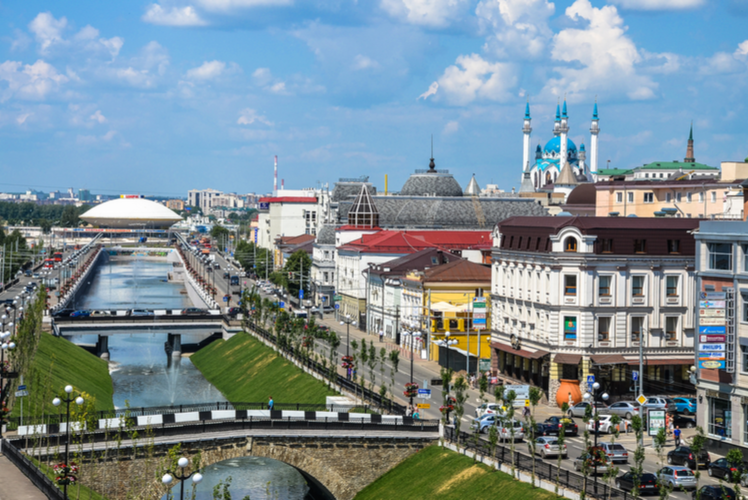 Vast, remote and the place to which revolutionaries and dissidents were exiled, Siberia is accessible via internal flight, but the Trans-Siberian Railway, which stretches from Moscow to Vladivostok, crossing 5,778 miles and 7 different time zones on its way, is undoubtedly the most evocative. Be sure to include a visit to Lake Baikal in your itinerary; known as the “Pearl of Siberia,” this lake holds one-fifth of the world’s fresh water and reaches depths of 1,637 meters. Diverse and packed with incredible wildlife - including the world’s only freshwater seal - you can explore the lake via ferry; local fishermen can also be approached to help you access the beaches. 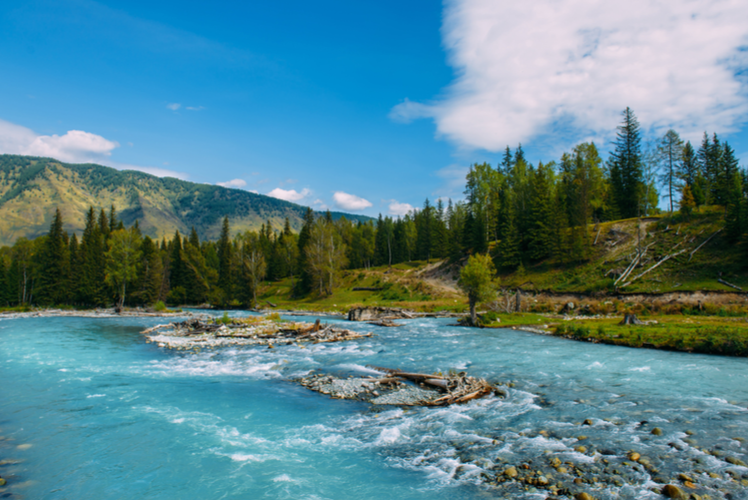 Once the imperial capital of Russia, St Petersburg is a breathtakingly beautiful city and continues to be Russia’s cultural heartbeat, with splendid architecture and a sense of grandeur and history that’s almost overwhelming despite its relative newness - it was created by Peter the Great in 1703. Catch a performance at the Mariinsky Theater, explore the Hermitage, a museum which was once the winter retreat for the ill-fated Imperial family, and walk the walls at the Peter and Paul Fortress for great views of the city. If you’re an art lover, be sure to set aside a morning to explore the Russian Museum, which houses exclusively Russian Art, including both modern works and ancient religious icons. 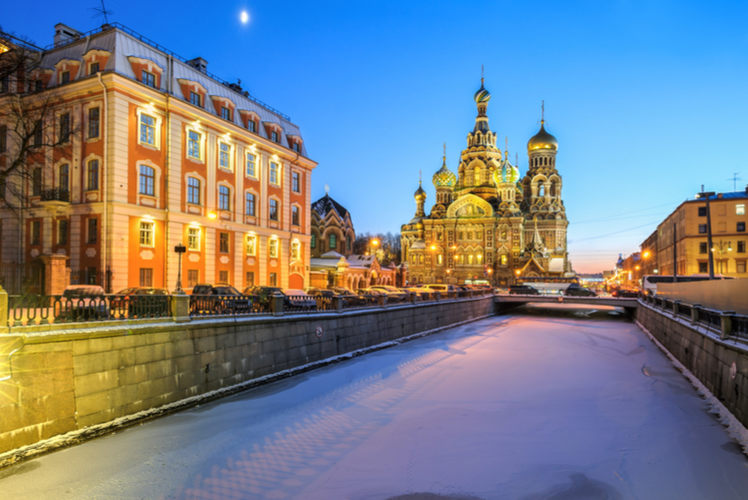 With its hilly landscape, waterside setting and the endlessly photogenic suspension bridge that spans its Golden Horn Bay, Vladivostok often attracts comparisons to San Francisco. The last stop on the Trans-Siberian Railway, it’s worth looking beyond the comparisons as this lively city has plenty of its own highlights, not least a number of great beaches and islands along its coastline. Wandering the streets offers plenty of opportunity for architecture-appreciation, while the best panoramas over the city are to be had from Eagle’s Nest, an extinct volcano, accessible by foot or funicular. Of course, Vladivostok’s waterside setting makes it seafood lover’s paradise, so head to the fish market to sample it fresh from the stalls. 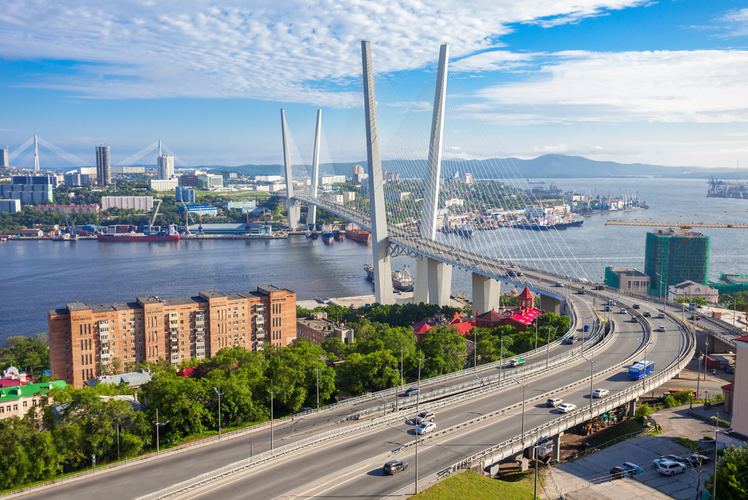 Wood was, for a long time, the primary and even sole building material used by Russians, even for palaces and churches. Naturally enough, few early examples of these have survived but Kizhi Island, located about 300 miles northeast of St Petersburg, is remarkable for the fact that it is home to two of these intricate wooden structures. The Church of the Transfiguration and the Intercession Church boast, respectively, an incredible 22 and 9 domes; even more incredible is that fact that these structures are made entirely of interlocking wood, without the use of a single nail. According to legend, the main builder used one axe for the entire project, throwing it into the lake after completion, uttering "there was not and will be not another one to match it." 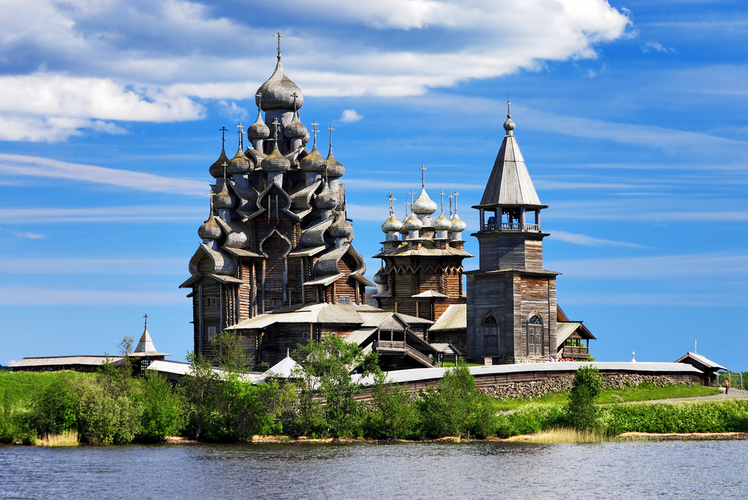 Having hosted the 2014 Winter Olympics, Sochi has been put on the map in recent years, but this attention is long overdue. Located on the Black Sea, it has more than enough neoclassical architecture of the 20th century to intrigue the archi-lover, one highlight of which is the Winter Theater, with its elegant columns. Forest and verdant greenery provide ample opportunity to escape into nature, as does the nearby ski resort of Rosa Khutor, where summer activities can also be enjoyed. Head up to Akhum Mountain to take in the view of the surrounding area from the observation deck, or head to the Marine Station to enjoy the action of cruise ships arriving and departing, or to find your own Black Sea adventure vessel.

Popular with nature lovers traveling in Siberia, this reserve’s primary attraction is its rocky structures, which resemble pillars, hence the name - ‘stolby’ means ‘pillars’ in Russian. The highest of these are up to 600 meters high, but even the smallest are around an impressive 55. Unsurprisingly, climbing and hiking make up much of the appeal of spending active time here, although for those less inclined to tackle heights, there’s also a wealth of flora and fauna to be enjoyed. Wooden cabins are available for rental within the grounds of the reserve if you wish to spend a few days in these beautiful surroundings. 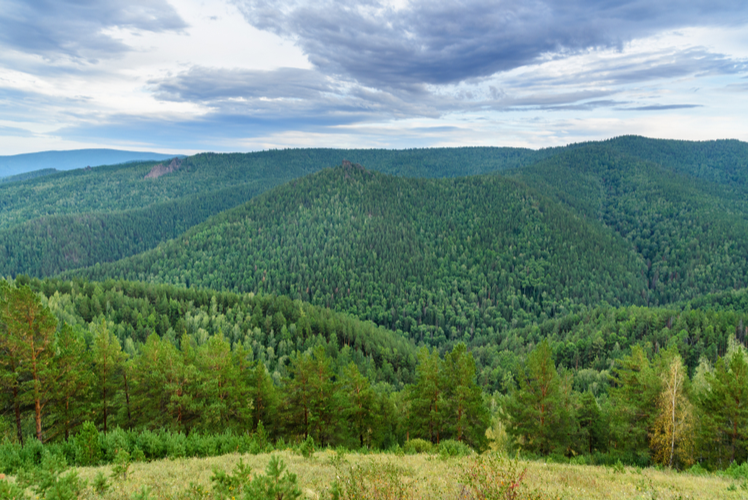 Located close to the Estonian border, Pskov boasts a wealth of historic architecture, the most striking of which is Pskov Krom, the riverside setting of which is as enticing as its architectural allure. Many churches and monasteries are here to be explored, among which is the Mirozhsky Monastery, which dates back to the 12th century and has some gorgeous religious murals. There’s plenty besides this to keep the art-buff amused, with the National Museum of History, Architecture and Art allowing you to view items of iconography at close range, as well as leafy parks and lovely green spaces in which to relax and unwind. Check out the cave necropolis at Pechory if your spine is in need of a tingle. 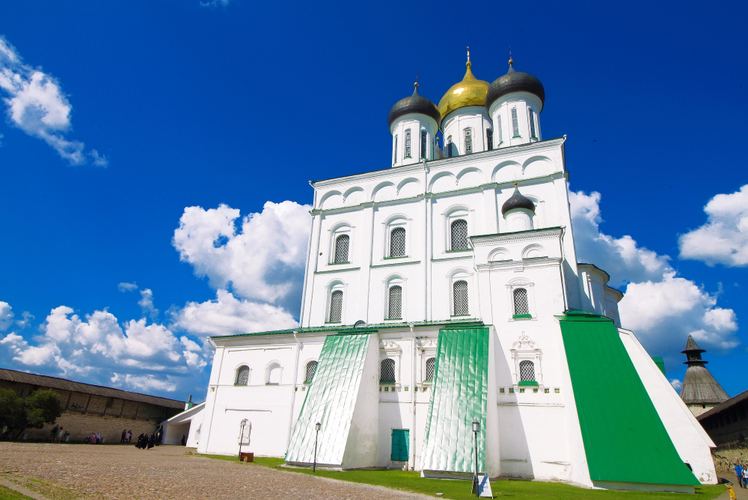 In Russia’s far northern ice-covered region, this park, which is located on two polar archipelagos, is probably not one for the avowed sunseeker - but for someone who craves Insta-worthy vast landscapes and the chance to spot some arctic wildlife, it’s a must. Look for whales - both bowhead and grey varieties are regulars here - as well as polar bears, walruses, arctic foxes, seals and even reindeer. Opened in 2009, educational tourism is on the rise in the park, and respect of the environment is a must. Most tourism operates during the summer months via cruise ships and organized landings on shore are completely dependent on conditions since, as one might expect in a landscape so wild and unpopulated by humans, there are no docking facilities. 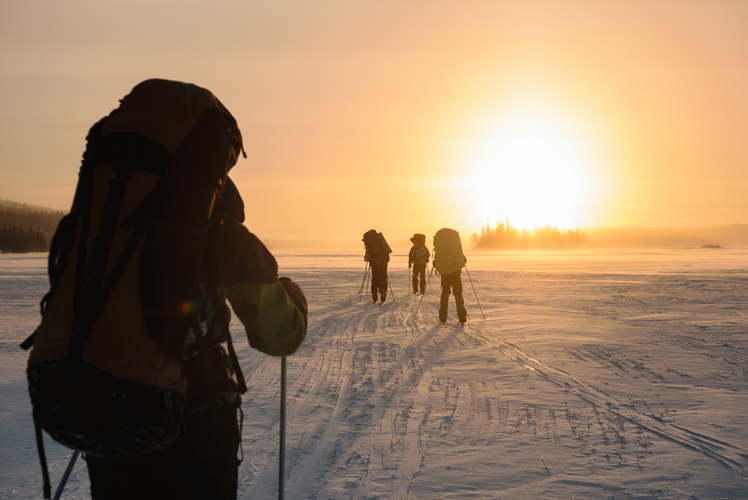 Part of Russia’s Golden Ring of ancient towns, Suzdal is one of the most glittering. It’s also one of the ones most likely to make you feel that you’ve just woken up in a Russian fairytale, and that a kindly Babushka is about to give you some tea or, preferably, vodka. In any case, its peaceful central river reflecting the golden domes of the churches makes this a charmingly nostalgic place to visit - a fact that’s been preserved by its omission as a stop on the Trans-Siberian Railway, which has held it gently and beautifully in the past. Comparing it to Moscow now, it’s funny to think that this was once the royal capital of the country. The open-air museum of Wooden Architecture and Peasant Life, located across the river from the city’s Kremlin, offers further glimpses into a traditional and rural way of living. 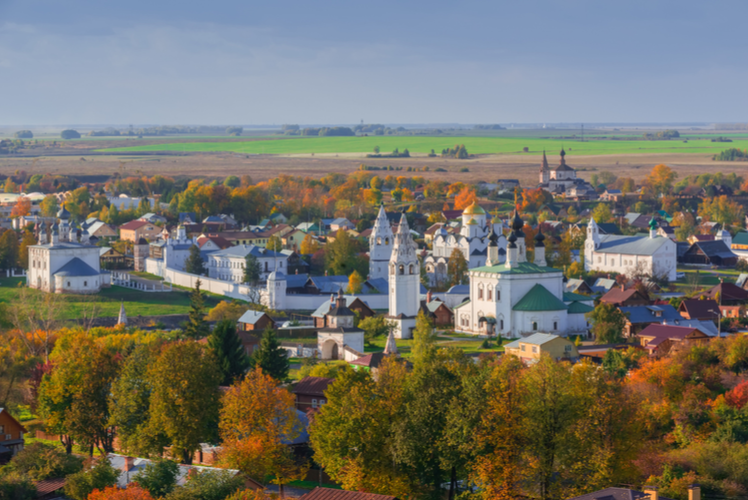 Comment on Things To See and Do in Russia