15 Lesser Known Things To Do in London

As one of the most iconic destinations in the world, what would a trip to London be without a visit to Trafalgar Square’s lions, a walk across Tower Bridge, an exploration of the Tower of London and the Crown Jewels, a spin on the London Eye? London is all of this but so much more as well - and with Big Ben under scaffolding for the next few years, we decided to seek out some other, lesser known things to do in London.

Subterranean London is a fascinating world; there are crypts, cellars, tunnels and abandoned underground stations to be explored, but a recent addition to the capital’s underbelly concerns the communication that’s so central to our existence. Before the likes of Snapchat, there was actual pen to paper post, but the 100 year old underground Rail Mail is little known, even to many Londoners, and it’s now available for exploration, complete with immersive underground train ride and interactive museum. Forget about just photographing one of those iconic postboxes and get ready to be transported back in time to the railway’s lively 1930s heyday. 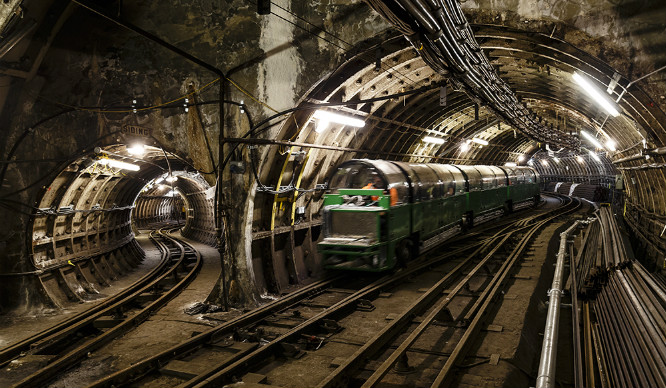 Embrace your inner Celt or lumberjack and get ready to hurl axes at a target: urban axe throwing has come to London and it’s one of the most fun ways to make your arms ache! Experienced coaches will help you hone your technique until you’re hitting bullseyes like a pro, with plenty of opportunity to socialize between throws. Warning: you have to be over the age of 18 to participate and, for safety reasons, you have to be sober when you turn up - but this corner of Vauxhall has plenty of places to go out eating and drinking once your session’s done. 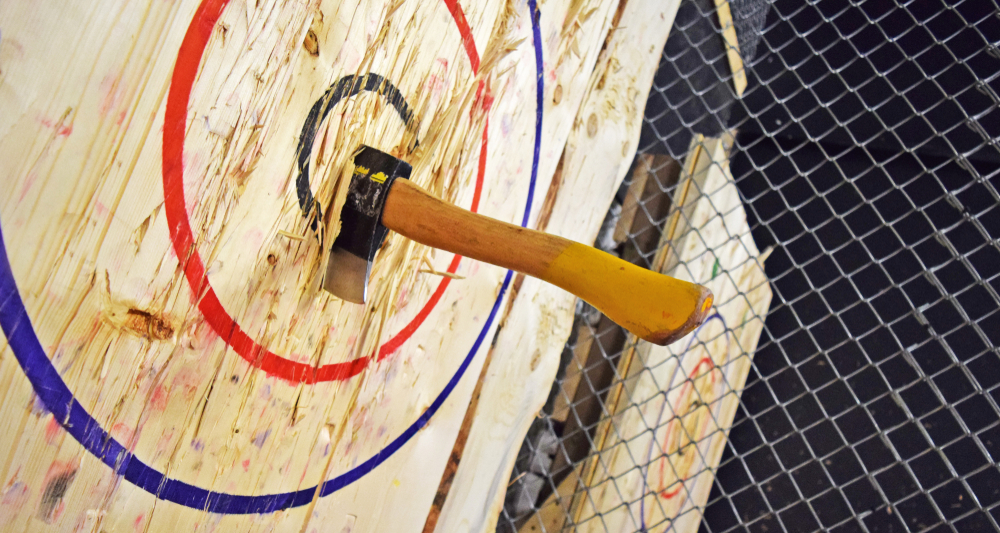 Westminster Abbey is well known to people the world over, thanks to the role it’s played in such occasions as the funeral of Princess Diana, but Westminster Cathedral, near Victoria Station, is a lesser-sung hero. Completed at the turn of the 20th century, its interiors are a feast for the eyes, with marble and mosaics, as well as sculptor Eric Gill’s 14 stations of the cross. Head for the Viewing Gallery which, located 64 meters above street level, offers wonderful vistas across London for a fraction of the price that some of the better known viewing attractions - The London Eye, for example - might cost you; best of all, you can stay for as long as you want. 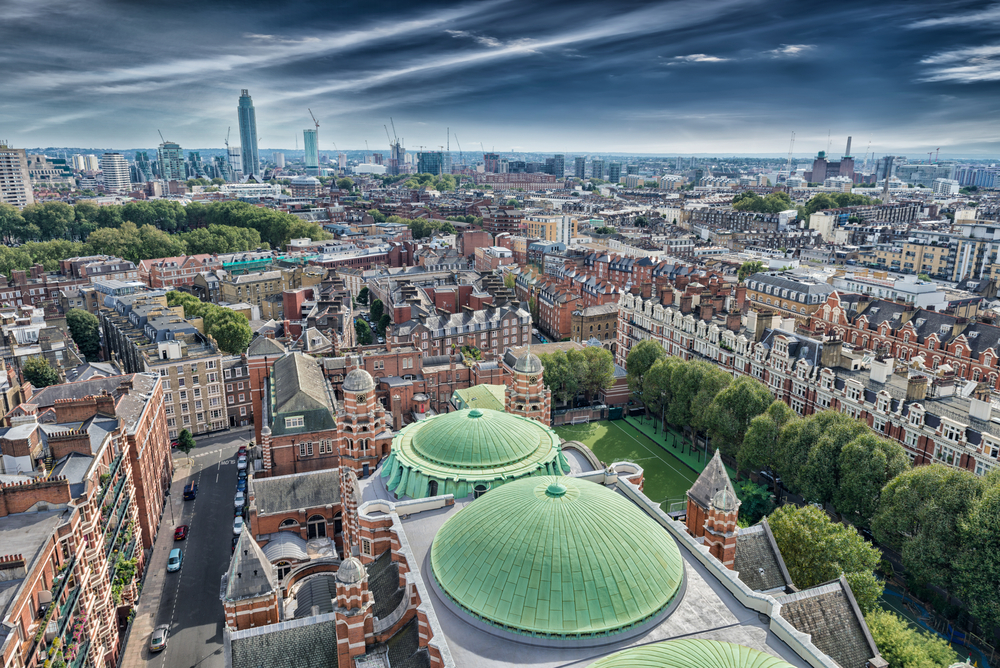 If you’re not content to just stroll by the Thames taking in the architecture and activity that it plays host to, then hold on tight and take to the water in a RIB (Rigid Inflatable Boat). Choose from a number of experiences - there’s even a James Bond themed one - and get ready to be hurtled along the river at high speed in one of these thrilling boats. Few Londoners ever even see the Thames Barrier in real life, so to get up close and personal with it, choose the route that takes in this iconic structure and allows you to pass through it before turning around and making your way back down the river. 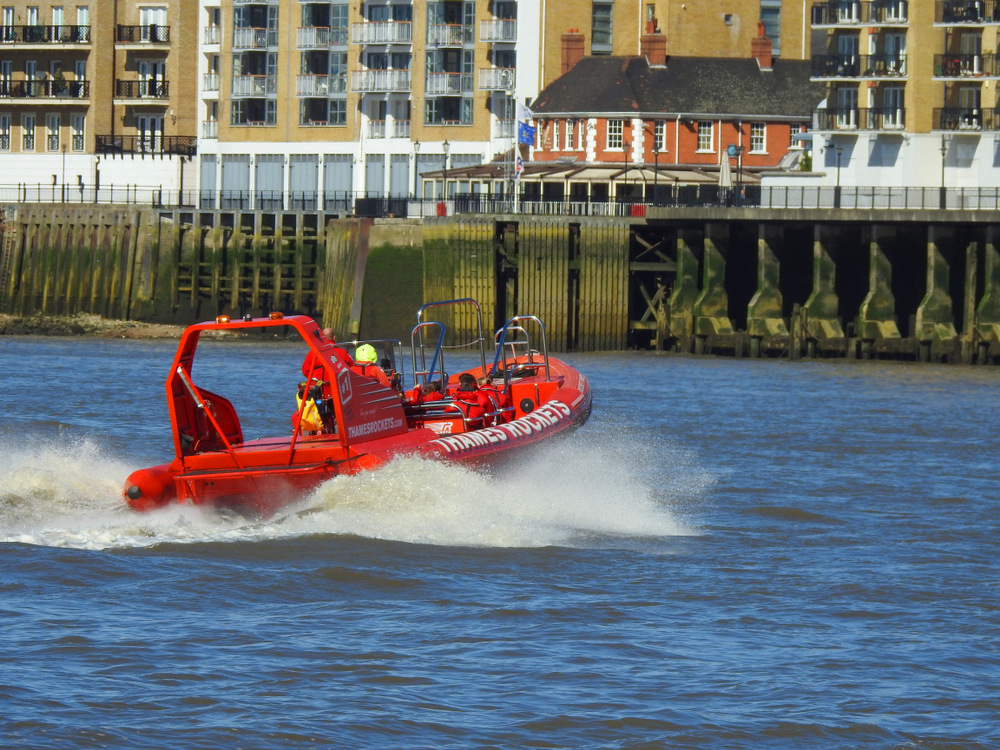 Tucked away in a quiet St James’s cul-de-sac, Spencer House is a stately nod to the English class-system of yesteryear. With no signage announcing its past or purpose, it’s small wonder that few people ever enter its imposing doors but it is, in fact, open to the public on Sunday mornings and, as one of the few remaining examples of an English aristocratic house in existence today, it’s well worth a visit. Take note of the two distinct architectural styles employed on the upper and lower floors - this is the byproduct of the original architect, whose style was Roman, being kicked off the job to make way for a hot new talent, whose middle nickname was ‘Athenian’. Ooooh those capricious aristocrats … 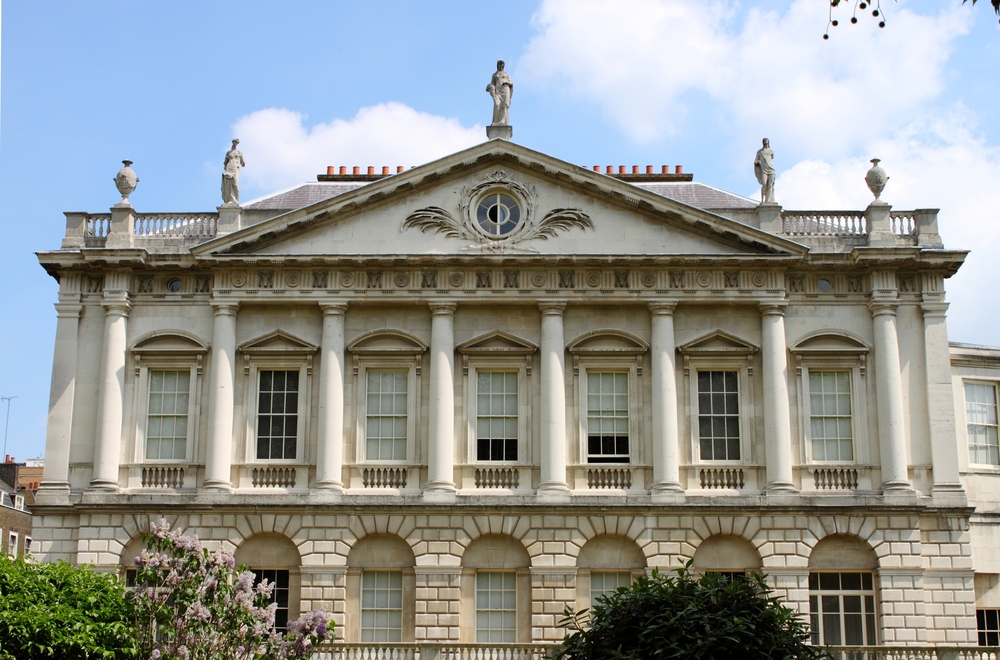 London is full of museums and galleries and, happily, many of them are free. For something a little left of centre, however, head to The Wellcome Collection - also free, it’s dubbed as a must-visit for the incurably curious. With health at its core, exhibitions here tend to take on the big questions surrounding science, medicine, life and art - often weird, often wonderful, sometimes macabre, frequently thought-provoking - but all absolutely guaranteed to spark your imagination. There’s a library and reading room for you to further ponder the big questions in peace, and a cafe and restaurant to refuel your brain cells when you’re done. 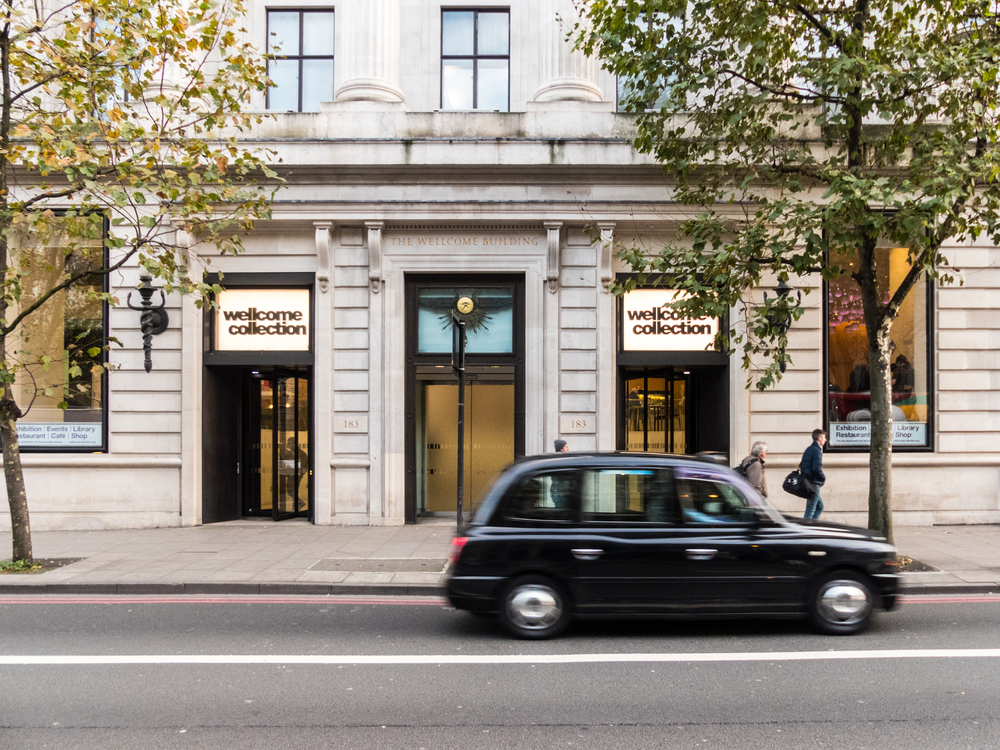 If there’s one thing you have to do while in London, it’s surely to have a drink at an authentic London pub - and there are plenty of those to choose from. One you really mustn’t miss, however, is Norman’s Coach & Horses in Soho, which combines a rich history spanning back to its beginnings in 1847 with contemporary progressiveness: it’s the first London pub to become entirely vegan and vegetarian. There’s the usual selection of ales and spirits, plus proper pub decor to set the scene; best of all, however, there’s a piano, which forms the center of a raucous, old time singalong every Wednesday and Saturday night from 7.30 -11.30pm. 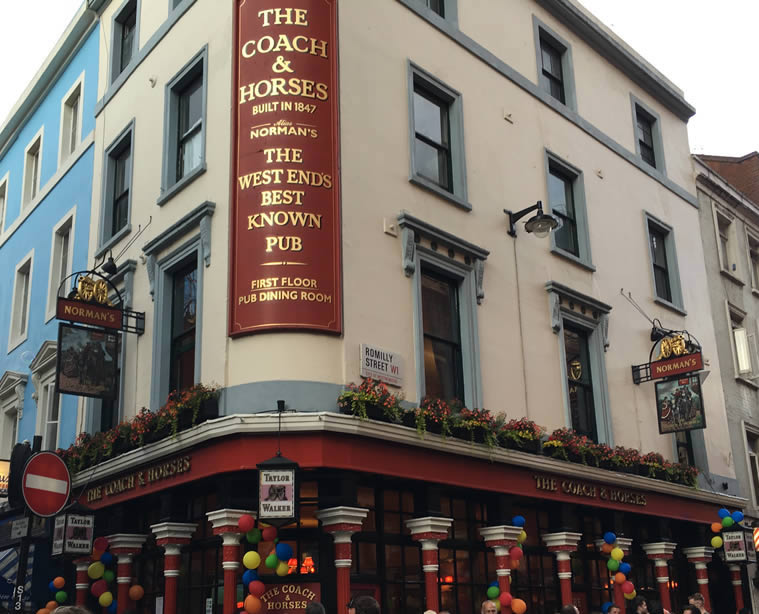 Jack the Ripper tours have long been a popular way to delve into London’s past as home to one of the most grisly serial killers of all time, but if Whitechapel feels a bit passé then Murder Miles Walks are almost certain to satisfy your craving for the macabre and murderous. During the course of this two hour walk, which departs from Tottenham Court Rd station, you’ll be introduced to no fewer than 12 murderers and 75 deaths over 15 locations. Entertaining, engaging and informative, it’s been hailed as one of the the best guided walks in London - definitely one for fans of true crime. 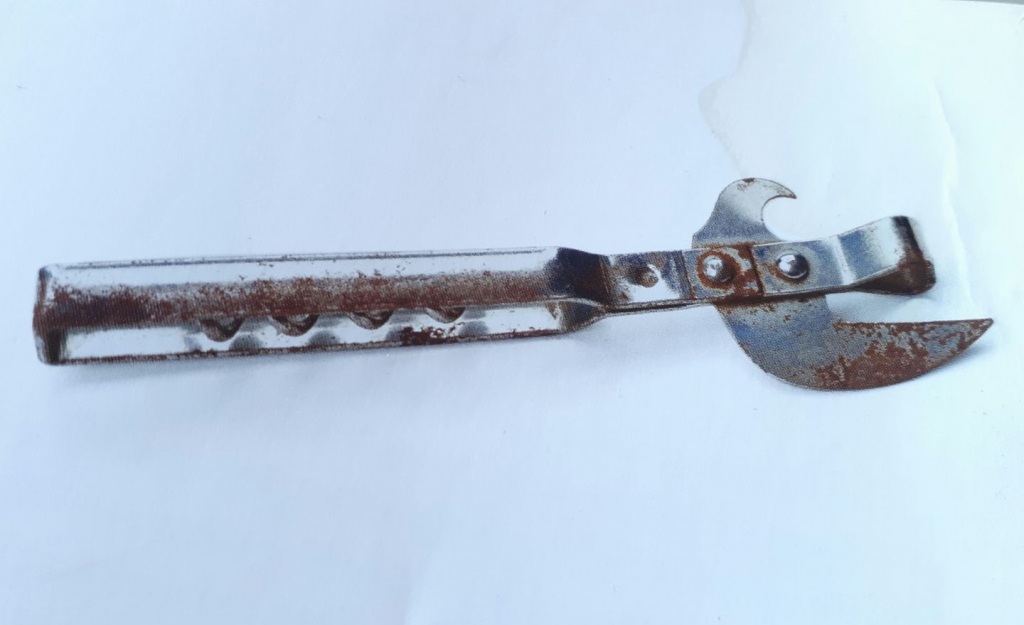 Street art tours have proliferated in most major cities in recent years, but in London’s vibrant East End you can experience an extra shake of the spray can by combining your walk around the neighbourhood with a graffiti workshop. Some of the world’s best street art, by renowned artists like Bansky and Stik, is to be seen here - more than enough food for the inspiration you’ll need to create your own work of art at the session that follows. For an extra fee, you can even paint your piece on to a bag of shirt to take home. 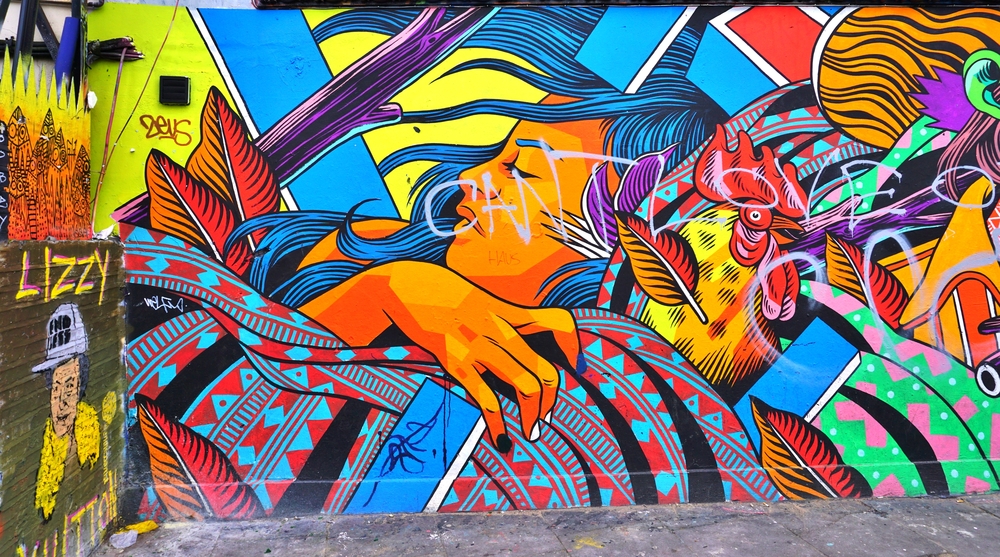 Catch a show at CellarDoor - in its previous incarnation as a public toilet, it was infamous for the gentlemen it attracted: think Wilde, Orton and Gielgud, at a time when homosexuality was yet to be decriminalized. It still has fantastically sexy toilets, as well as an extensive cocktail list, and live acts every night from about 8am to midnight. There’s no cover charge, but you’re expected to buy at least one drink. Book online to secure one of the handful of reserved seats; otherwise be prepared to stand. 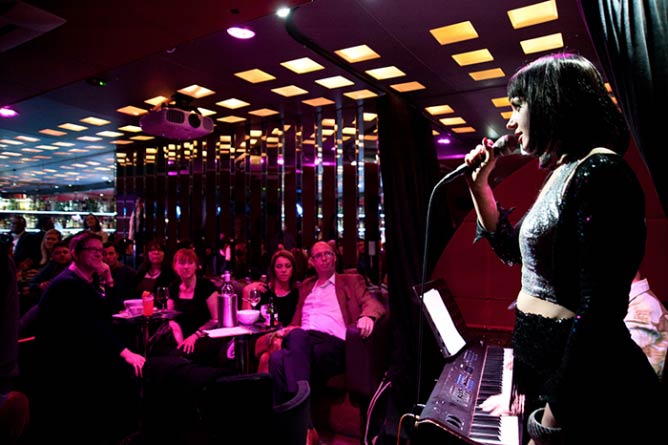 Foodies will get a lot out of a visit to Exmouth Market - it’s lesser known than bustling Borough and, as such, a more relaxed place to sample its range of delicious offerings. Taking relaxation to its logical conclusion, I suggest heading here on a Saturday morning for brunch at The Coin Laundry where, for an extra £22, you can quaff bottomless cocktails alongside your perfectly poached eggs or merguez sausage hash. Running from 10 until 4, you can choose from drinks based on prosecco, whisky or vodka - all guaranteed to get your London weekend off to a hedonistic and enjoyable start. 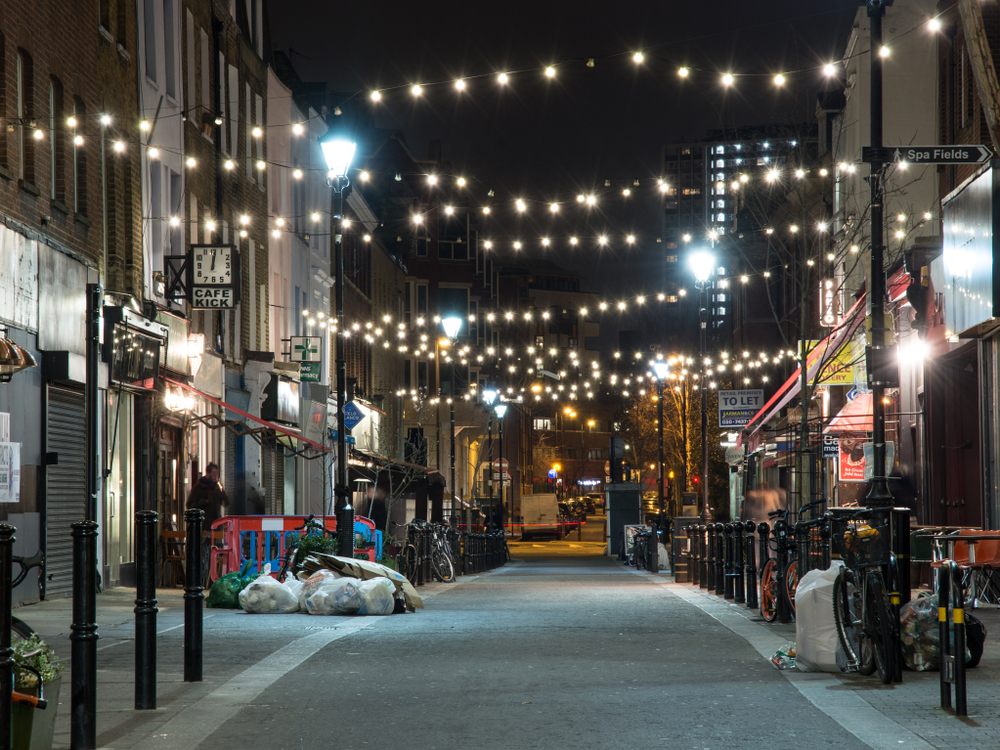 South London is a bit of a secret from all but locals, but there are gems upon gems to be found here. The Rivoli Ballroom is London’s last remaining 1950s style ballroom; it’s been lovingly restored and is Grade II listed. It’s frequently inhabited by film crews, who come for its opulent red and gold decor, but it also hosts a number of dance evening and pop up cinema events which are the ultimate bygone era treat. Its specially sprung dance floor makes making your moves even easier, but the people watching is also superb, as is cosying up in one of the plush booths by the bar for a gossip and a cocktail. 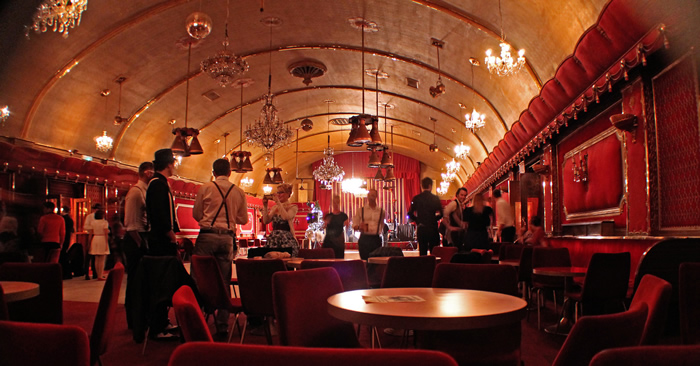 The Thames has always been a site of trade and commerce; as such, its depths are littered with relics of a bygone era. The fact that it’s a tidal river means that twice a day, it offers up these fragments to its shores, allowing people to find little treasures when the tide goes out. Called mudlarking, it’s more or less the equivalent of beachcombing, but by a river. You’ll need to join a tour or apply for a permit; either way, it’s good fun and you’ll likely find bits of pottery, buttons, bullets, coins or, in my case, an entire set of teeth. The most common finds are little clay pipes, some of which date back to the 16th century. 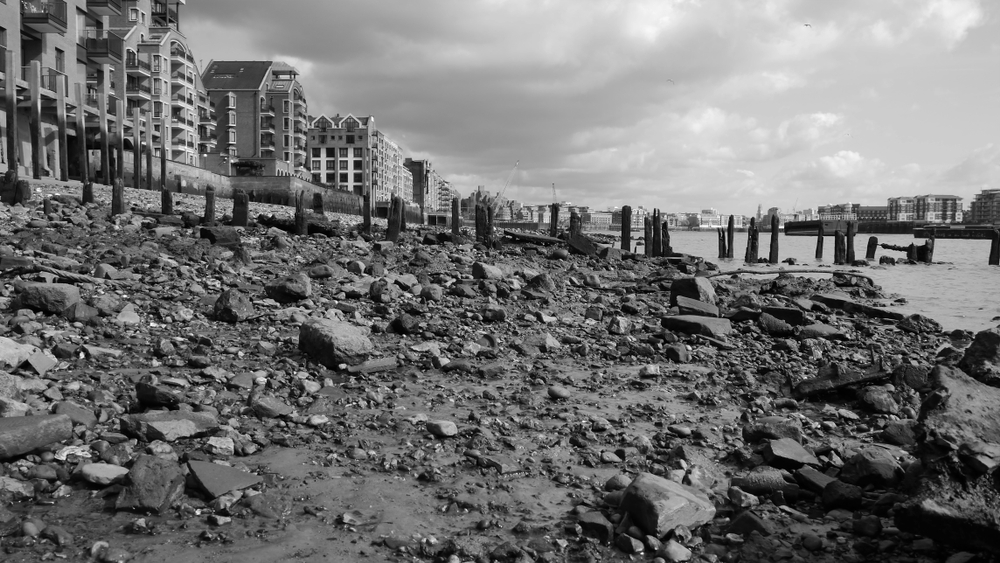 London’s not best known for it’s incredible weather but that doesn’t deter the hardy types who swim year round in the ponds at Hampstead Heath. There’s the mixed pond or a women’s only one to choose from here; the ladies’ one is well worth a dip if you fit the criteria, as it takes you right back in time to the 1920s when it was first established. The water is bracing, so wetsuits are tolerated although by no means encouraged; surrounded by greenery and nature, you’d never dream that you were in the midst of a seething metropolis. Float on your back and birdwatch - you may very well see a kingfisher. 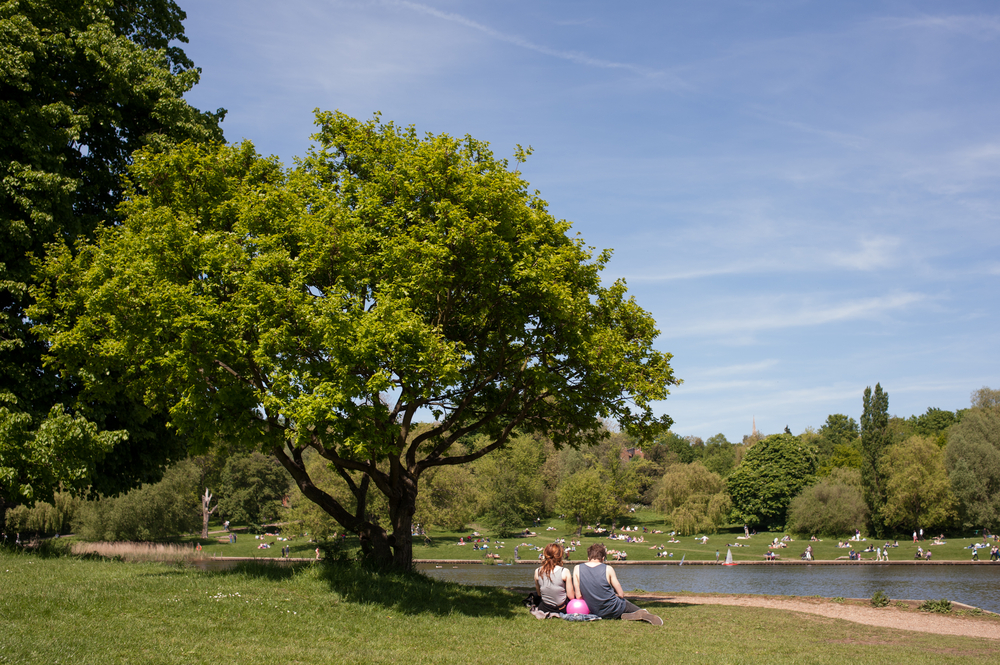 Gin is a huge part of London’s history; there was a time when it was by no means the sophisticated tipple it now is and its affordability meant that it was consumed in huge quantities by the poor and the slum-dwellers - not to mention the fact that drinking water was often filthy and contaminated, so gin, amazingly, seemed like the safer option! Acknowledging this past whilst recognizing the quality of the gin that’s now produced in London is something that several distilleries in the capital do remarkably well, but by far my favorite tour is Sipsmith’s, where your ticket price includes a G&T, plus tutored tastings of the range. You’ll also get to meet Prudence, Charlotte and Patience, the ‘copper ladies’ in which the gins are created. 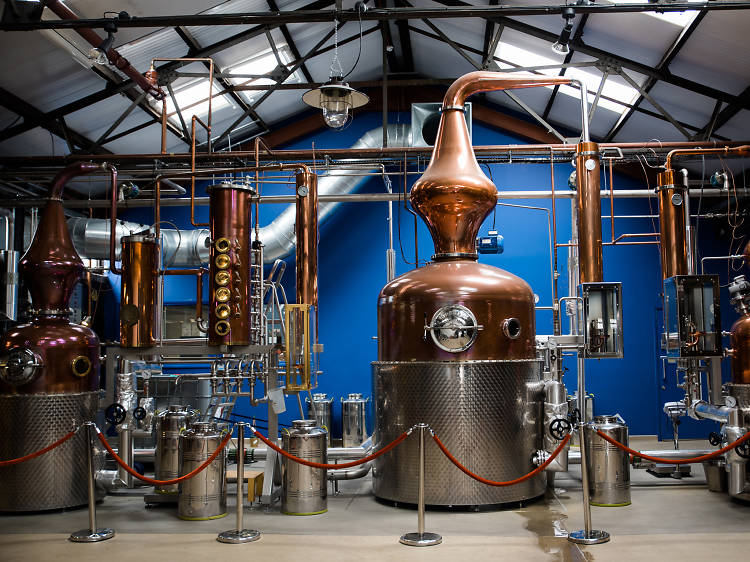 Comment on 15 Lesser Known Things To Do in London