15 Things to See and Do in Jamaica

For many of us, Jamaica is a synonymous with all that’s appealing about the Caribbean - lush, tropical landscape, great beaches, a laid-back vibe and island cuisine. It’s also, of course, the birthplace of reggae, so make sure to find a spot for this in your vacation plans!  Experience the things to see and do in Jamaica.

If it’s relief from all that island heat you need, there’s no better place to find it then in the crashingly refreshing water of a fall, and Jamaica has a ton of them. Dunn’s River Falls are one of the island’s most beloved spots; located in Ocho Rios, its waters cascade over a series of terraces, making it ideal for climbing. YS Falls in Saint Elizabeth is no less lovely, with a gorgeous seven-tiered waterfall through which you can walk, swing or zip line. Prefer an off-the-beaten path experience? Check out Tacky Falls or Reggae Falls; alternatively, head to Reach Falls - perfect for lovers with its natural, heart shaped pool. 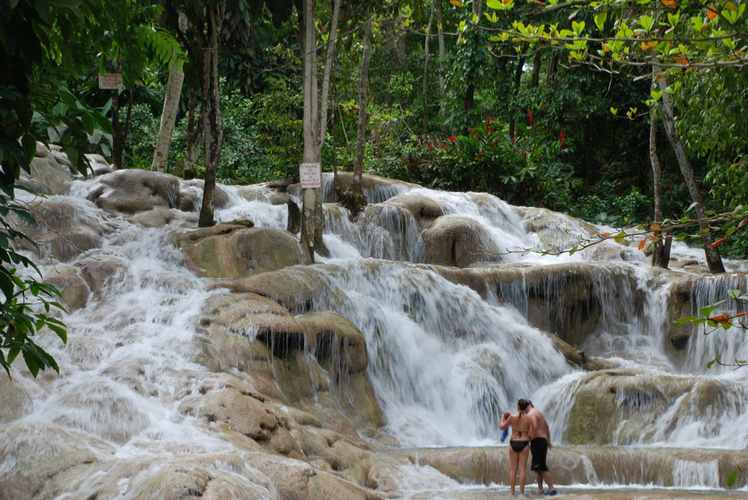 Over on Jamaica’s north shore, blanketed by thick jungle foliage, you’ll find a series of tunnels and caverns. Named after the green algae that coats their walls, there’s a whole load of history in those subterranean depths, which once formed a refuge of native tribes people. Later, slaves who had run away from plantation owners sought a hideout here. Smugglers also made good use of the caves in the 1600s, but we don’t advise leaving your illicit goods here these days, as their majestic stalactites, stalagmites, dripstone formations and lakes make them a huge draw for visitors. 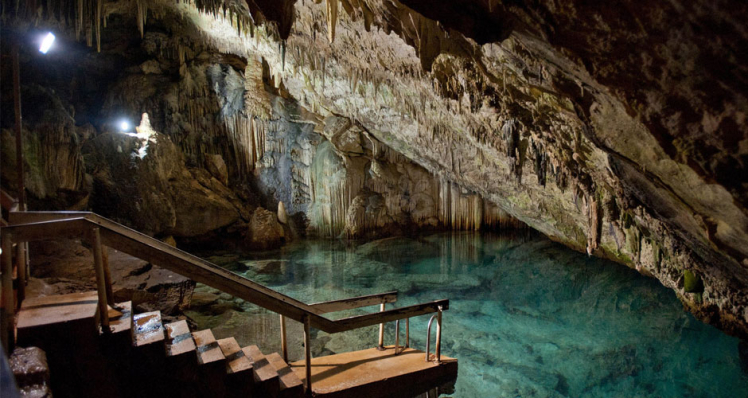 3. Go beyond the coffee

Don’t allow your experience of Jamaica’s Blue Mountains to be limited to slurping its eponymous coffee - as good as it is, its source is utterly jaw dropping. Located along Jamaica’s eastern rim, this lengthy mountain range is almost always cloaked in mist, which gives it its bluish, otherworldly appearance. There’s a variety of hikes and trails to choose from here, depending on ability and available time, and they all offer lush flora and great vistas, but if you make it up the 2256m high Blue Mountain Peak - the highest point of the island - you’ll be treated to views of both the north and south coasts of Jamaica. On a clear day, you may even spot the hulking outline of Cuba to the north. 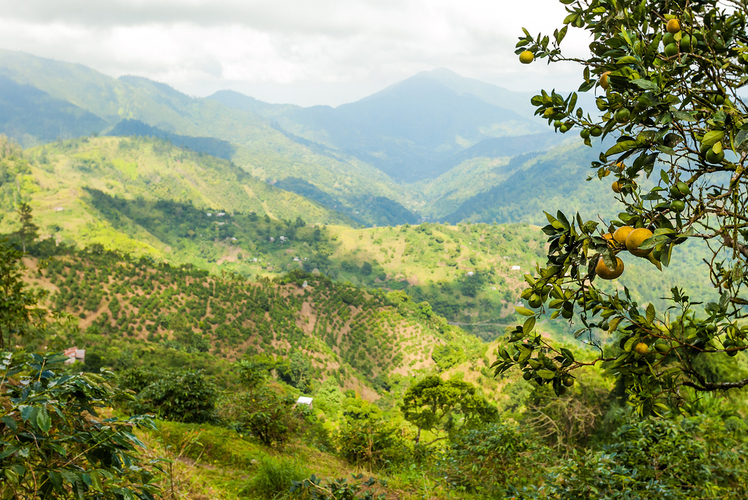 No one likes a jerk, so don’t be one - but by all means, eat as much as you like of the stuff because it’s island cuisine and its tastiest and finest. Scotchies, in Montego Bay, is renowned for its cheap, cheerful, homely style of jerk chicken. A vast pimento wood grill is necessary to cater for the crowds here and the jerk sauce is incomparable - have it on pork or ribs if you’re not fond of fowl. Get stuck in with your fingers, your hands, your entire face - trust us, no one is judging. Grab another bottle of Red Stripe to wash it all down with. 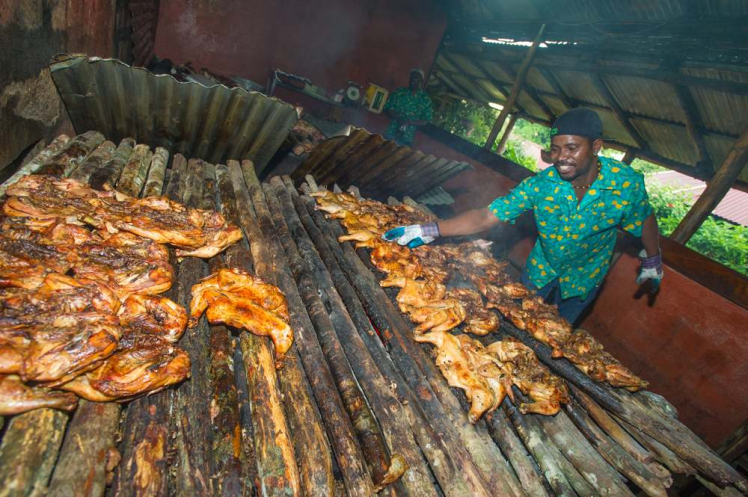 You wouldn’t want Brooke Shields at your prom - she’s clearly a bit of a scene stealer, as is evidenced by the fact that she pretty much managed to divert attention from the amazing natural beauty of the Blue Lagoon with her semi-dressed frolics in the movie of the same name. Leave her in 1980 for the moment though, and prepare to be wowed by the intense blueness of the water here which, although chilly and spring-fed on top, gives way to a warm saltiness beneath. It’s up to you how ‘beneath’ you want to go - it’s a fairly hefty 500 feet deep. 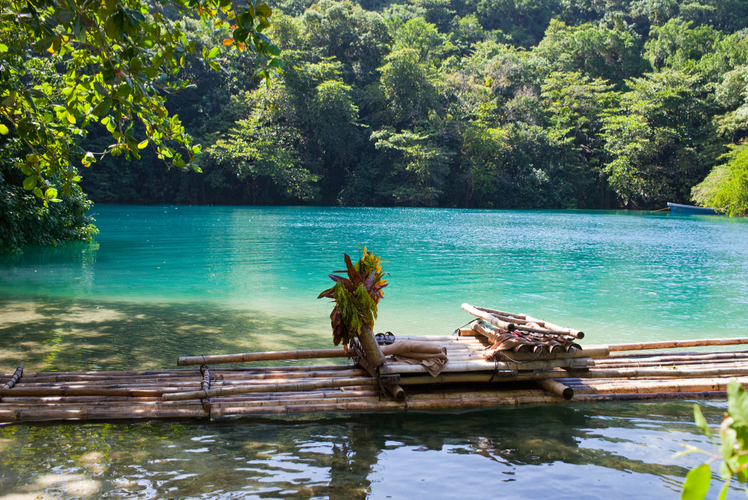 The name says it all in terms of length so, despite this being one of the most beautiful beaches in the world, with talcum powder white sand lapped by clear green-blue waves, you probably won’t find yourself jostling for towel space. As unmissable as Seven Mile Beach is as a spot to stretch out in the sun by day though, don’t miss out on its other incarnation as a night spot - the hotels along its front kick into party mode when the sun goes down and the action spills out along the sand in a fiesta of rum drinking and hip swaying. 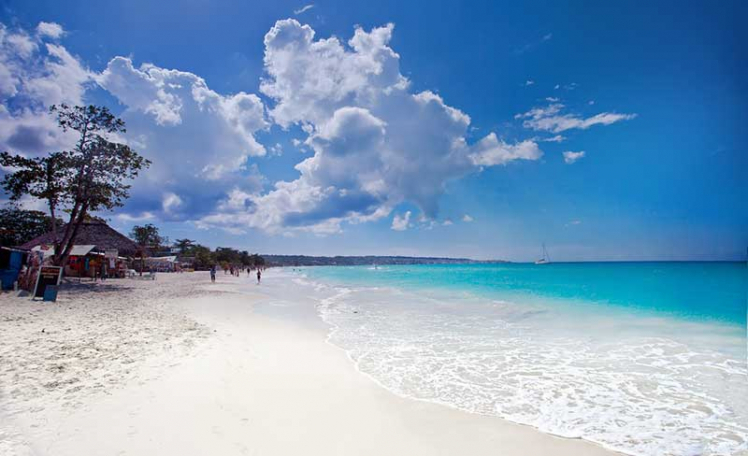 Head to Dolphin Cove for the opportunity to put a big old tick next to that item on the bucket list because here’s where you get to swim among whole pods of them - and all in their natural environment, too. Granted, there are sharks and stingrays as well … but dolphins are the real star of the show, with options including ‘underwater’ treks to interact with them. Don’t like getting wet? Stick to the jungle trails and check out exotic birds, snakes and iguanas, or take a glass bottomed boat out to witness marine activity from a remove. 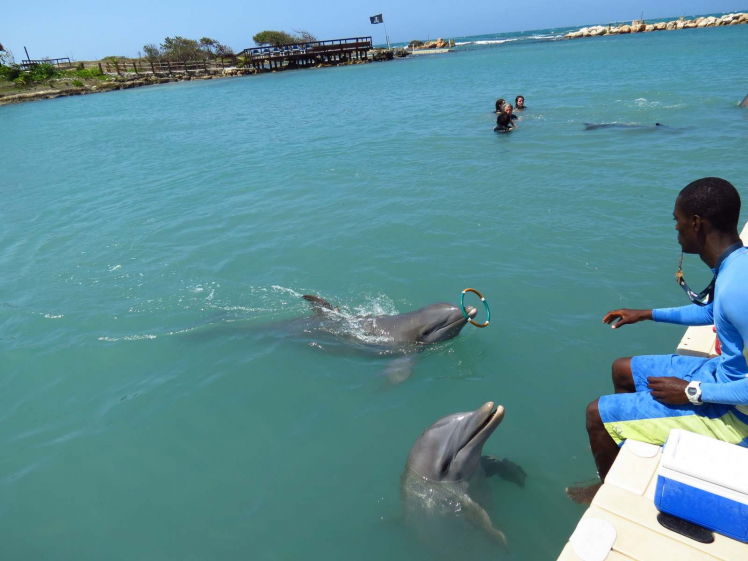 Bamboo rafts were once used to ferry goods - especially bananas - from the interior lands to the coast for transport. Popularized by Erroll Flynn as a recreational activity, you can now take to the water, surrounded by lush vegetation and the lower reaches of the Blue Mountains, from the comfort of your own raft, which is made from long bamboo logs to form a vessel of about 30 feet in length. Poled along by your captain on a journey of 2-3 hours duration, you’ll witness life going on up and down the river’s banks, as well as being able to dive off into the waters to swim and cool off. 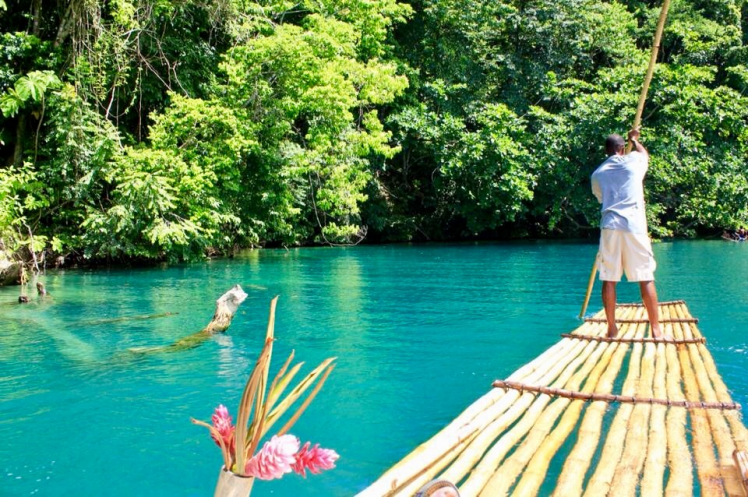 Come on, you know you have one - and girls, even if you don’t have a bikini as iconic as the one Ursula Andress wore in Dr No, that’s no reason not to sway hypnotically as you exit the water. Granted, people may think that you’ve had a few too many rums, but don’t mind them. Oracabessa Beach, where this scene was filmed, is now known as ‘James Bond Beach’ but its own good looks make it more than worth a visit, even if your feelings about Bond leave you feeling neither shaken nor stirred. Music concerts often take place here too. 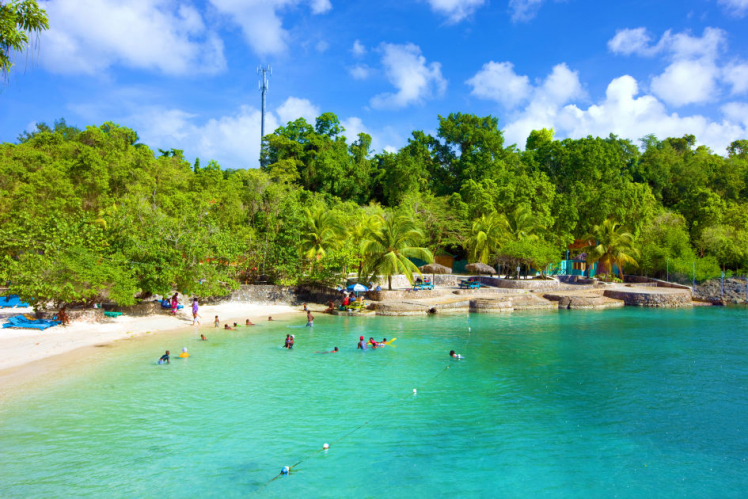 Professionals rule the jumps near the infamous Rick’s Bar; grab a drink and keep a steady supply of tips coming to watch them dive gracefully from the rocky heights to enter the water far below. Venture a little further along the coast to The Sands and down some liquid courage from one of the beach huts before making your own jump - it’s about a 30 foot drop and not for the faint hearted, but entry into that clear, warm water feels sublime and makes the stomach lurch you experienced five seconds ago totally worth it. Admire the sheer drop of the rock face from the water and then make your way up to do it again. 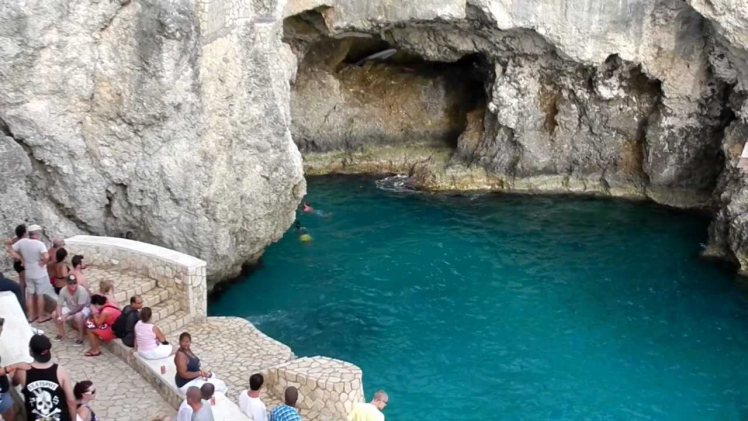 Well, not exactly - but a visit to Rose Hall will bring you within a mere spine tingle of Annee Palmer, the woman who married into the family who owned this mansion and then killed her husband to get her hands on it. That said, it can’t have just been this property she was after because she allegedly went on to kill her next two husbands too, plus countless lovers. She also had a fondness for voodoo and slave torture. Nice! Take a night tour by candle light to really feel her presence - you can even go down into the dungeons of the building if you’re so inclined … 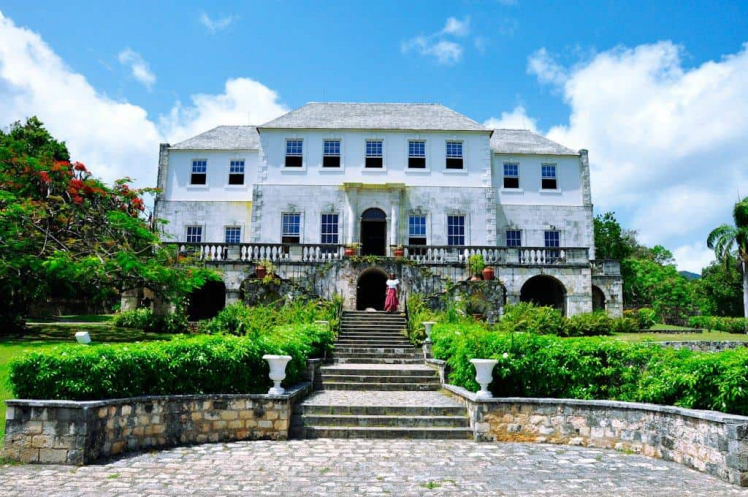 … off that beach towel and head to the Bob Marley Museum - because seriously, have you even BEEN to Jamaica if you don’t at least try to immerse yourself in the life of the most iconic reggae artist ever known? The man himself lived in this house from 1975 until his death in 1981, and it is packed full of memorabilia from his personal and professional lives, with photos, wardrobe items, instruments and, of course, an impressive collection of gold and platinum records. After your tour, make a pit stop in the museum’s One Love cafe, where the menu reflects Marley’s rasta lifestyle. 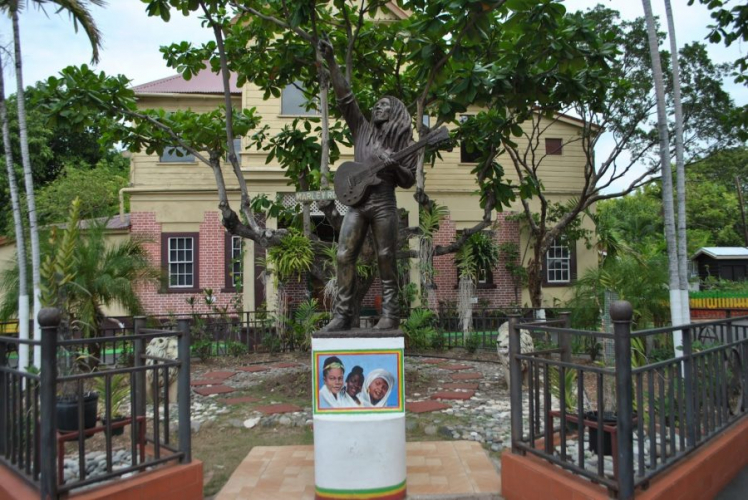 13. Marvel at the Luminous Lagoon

Jump on a boat by night to venture out of Falmouth to the Luminous Lagoon, where microscopic organisms in the water create an eerie glow when disturbed, casting a magical light on the water from below. It’s only about 8 feet deep and perfectly safe to swim in, offering the extraordinary chance to see yourself bathed, quite literally, in an otherworldly light; otherwise stay on board and experience the odd thrill of seeing sea life outlined and illuminated by these invisible underwater light sources. Only four such lagoons are known in the world and this one is, allegedly, the largest and brightest of them all - so it’s definite ‘must-do’ stuff. 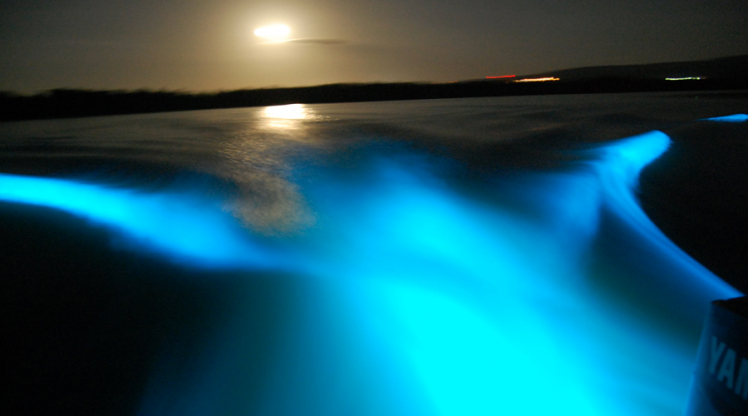 14. Visit the National Gallery of Jamaica

It would be all too easy to base your travel plans for Jamaica on the easy-going, rum-producing, beach-partying reputation that precedes it, but to do so would be to miss out on another great aspect of its culture. A visit to the National Gallery in Kingston will redress this balance somewhat, with works arranged chronologically, starting with landscapes of early slave plantation days by British artists and evolving to contemporary Jamaican art. If you’re here in the first few months of an even-numbered year, be sure to make your way to the Gallery for the excellent biennial exhibition which highlights these offerings further. 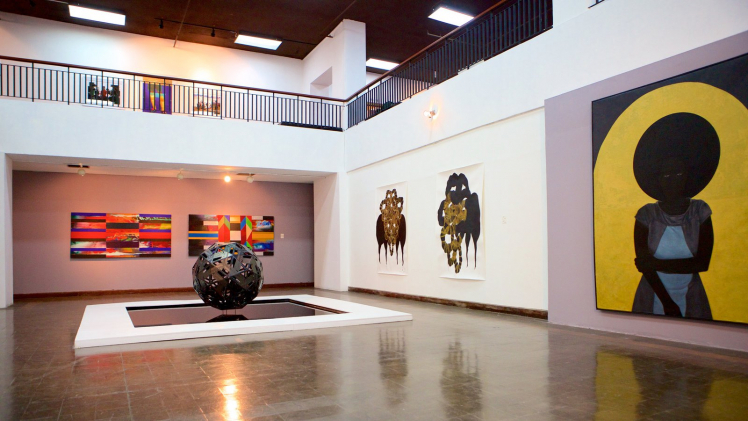 As far as plantations go, this one isn’t as famous as Rose Hall, but this is part of what makes a visit here even more unique and interesting. As the only plantation house to have survived the slave rebellion of 1831 undamaged, most of its furniture, paintings and antiques are original, including the library - a room that takes on additional interest when you consider that the home’s owner, the Honorable Richard Barrett, educated his slaves; something almost unheard of at the time. There’s also a marvellous collection of musical instruments to examine before heading to the upstairs veranda to take in views of the entire coast.

Comment on 15 Things to See and Do in Jamaica