While many of us might be happy with our cookie-cutter house in the suburbs, there are many of us who would prefer a more unusual abode. Here are some of the world’s most unusual looking houses.

This 2,300 sq. ft. saucer-shaped home is suspended a story off the ground on six large reinforced cement pillars. Plus, you also have an absolutely breathtaking view of the Tennessee River courtesy of the house’s unique 360 degree panoramic windows. 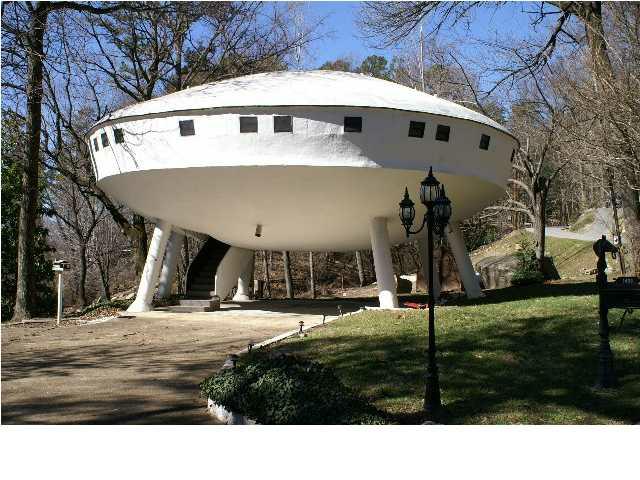 The former mayor of Suwon, Sim Jae-Duck built his two-storey, toilet shaped home in 2007 to commemorate the 2007 inaugural meeting of the World Toilet Association. Nicknamed “Mr. Toilet” Jae-Duck, who passed away in 2009, made it his life’s work to advocate for the clean and efficient sanitation for more than the 2 billion people living without toilets worldwide. The 4,520 sq. ft. steel, concrete and glass building cost $1.1 million and features a showcase, glass-walled bathroom at its center. For those less exhibitionist guests, the glass wall can turn opaque at the touch of a button. The home also features a roof-top balcony, accessible by a “toilet drain” staircase which is also equipped with rainwater harvesting technology. 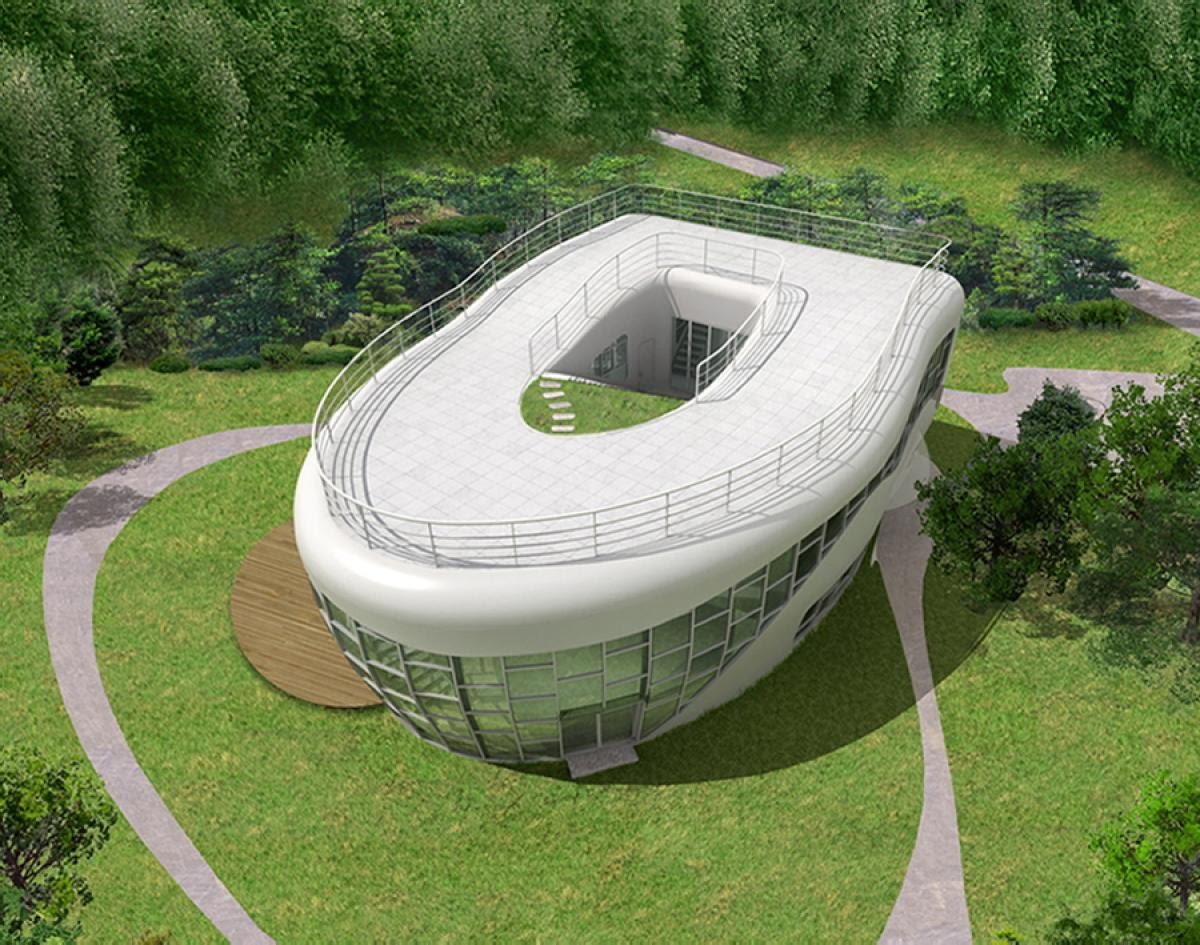 Constructed in 2007 the house was designed by Polish businessman and philanthropist Daniel Czapiewski was designed to be representative of the uncertainty found at the end of the communist era in Poland. The house situated in northern Poland attracts thousands of tourists each year. The house took approximately five times longer than a conventional house to construct due to the disorientation the workers felt while constructing. The visitors enter the upside house via a roof window from where they can walk around on the ceilings. 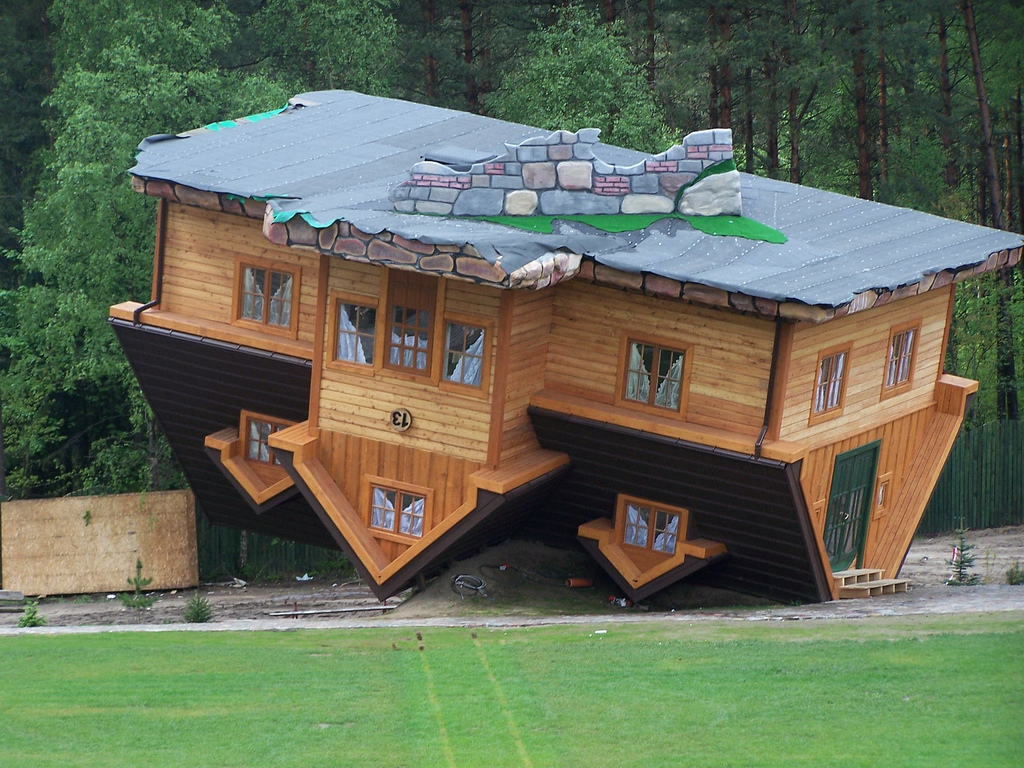 Completed in 1977, this set of 38 small cubes and two “super cubes” are all attached to one another with each containing a three-storey home unit. Each house contains a first floor with living room and kitchen, second floor with two bedrooms and a bathroom and a top floor which is often used as a garden. The walls and windows are angled at 54.7 degrees with the total area of each apartment totally approximately 100 sq. meters, however, about half the space is unusable. 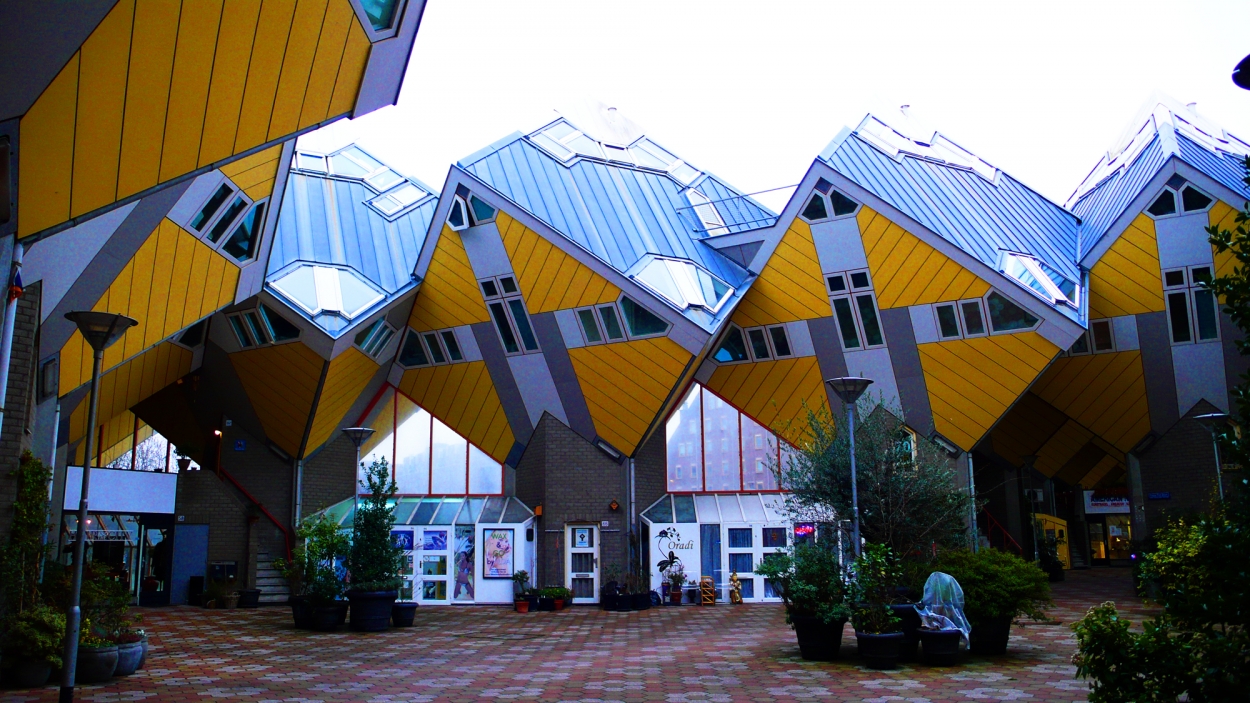 This 1,200 sq. ft. iconic submarine looking house located just outside of Cannes was built to be the home of famous designer Pierre Cardin. It was notorious for its legendary parties during the Cannes Film Festival and contains a 500-seat amphitheatre, reception room, panoramic lounge and 10 bedroom suites. At Cardin’s request, instead of traditional wood and metal fixtures and flooring, plastic, foam and polyester materials were used throughout the house instead. 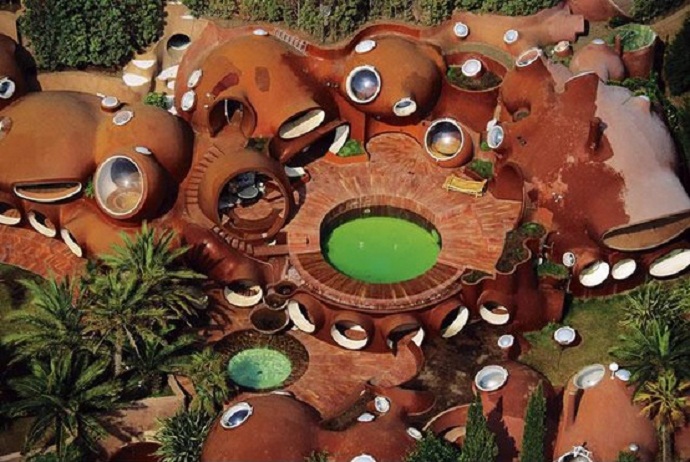 You don’t have to go back to the stone ages to see this prehistoric-inspired bungalow once owned by television legend Dick Clark. The single-story building with its rocky interior was built to look exactly like the home of Fred and Wilma from the iconic 1960s cartoon. 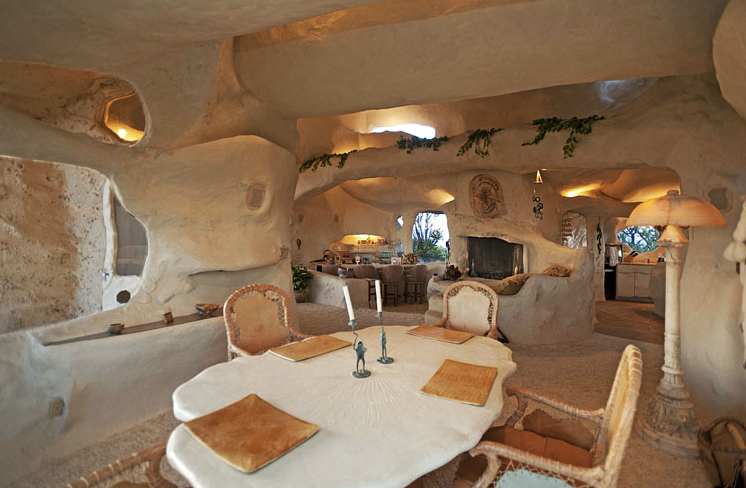 This beautiful shell-shaped home perched atop Mexico’s capital was built in 2006 for a family of four who wanted to live in a space more in touch with nature. This whimsical shell-shaped home features a front entry cut into a wall of colorful stained glass and is constructed using a sprayable ceramic called Grancrete. Grancrete is not only stronger than concrete, but is fire resistant and provides insulation for hot and cold temperatures. 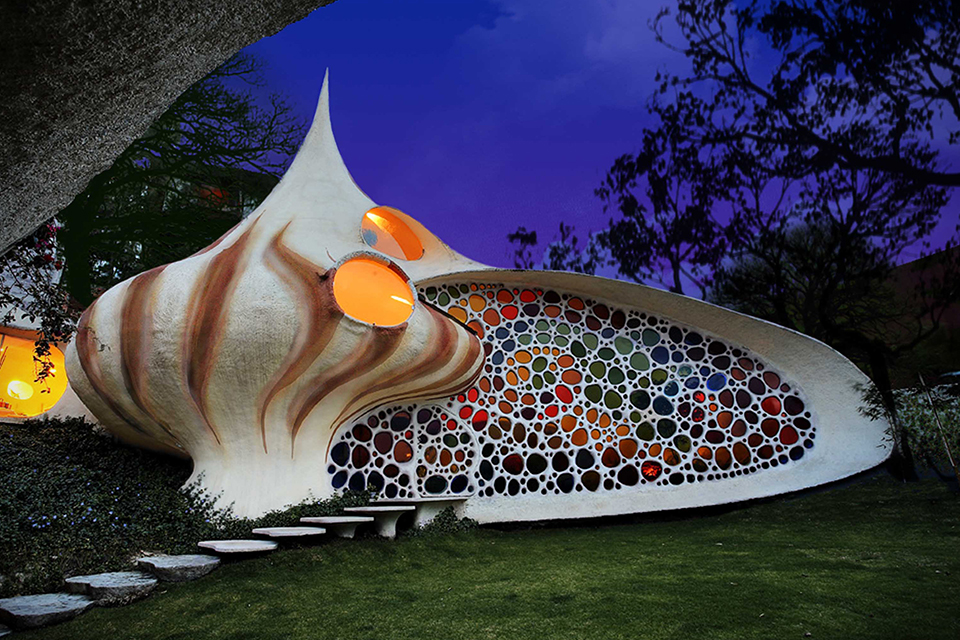