8 Must See and Do's in Southern England

England packs a lot into its little land mass, and plenty of excellent places get lost among the cosmopolitan heavyweights. Take the South of England, for example: housing some of the most ancient Celtic sites, incredibly diverse nature, and fun-loving towns the country has to offer, many travelers move right through. But this is the region of sunny days, warm hospitality, and impeccably preserved architecture (ranging from Medieval to Georgian), and it brings a whole new perspective on the UK. Rent yourself a car and explore these 8 lovely and memorable sites that line the southern reaches of this proud northern nation. 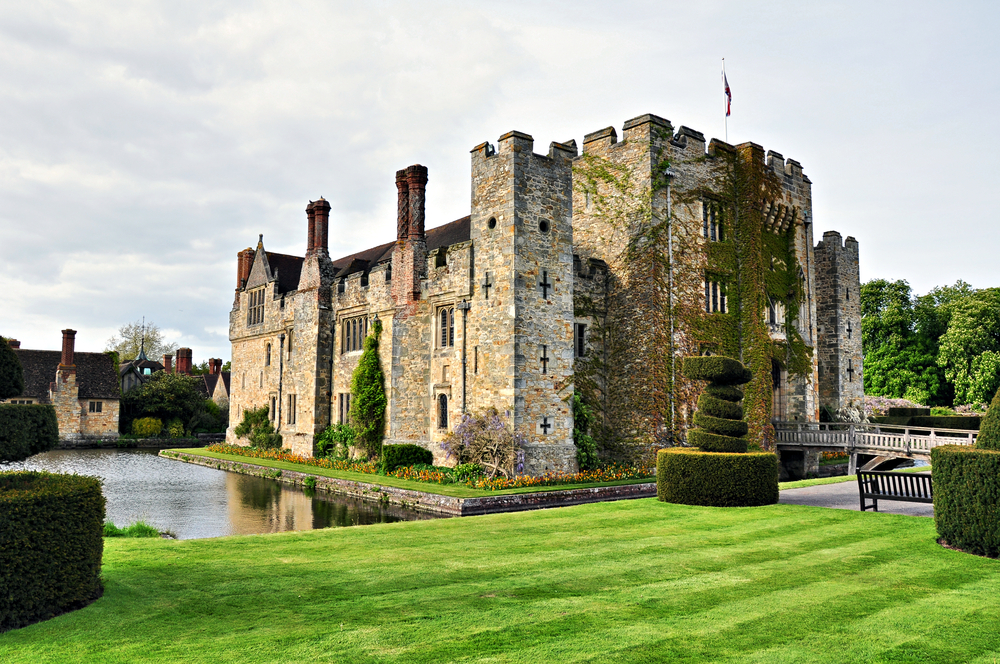 A Kentish castle taken from the pages of a storybook, Hever is an idyllic setting of English Medieval legend. The little stone structure shoots turrets up at all its sides, and the stone walls are surrounded by a tidy moat and sculptured gardens. Famous first for being the childhood home of Ann Boleyn, then a Tudor manor under Henry VIII, the ancient castle has gone through a few incarnations, but retains a lot of its Tudor character. You can tour the grounds and the castle itself, and enjoy the exhibitions hosted here throughout the year, including lots of fun activities for the kids. Looking for the ultimate taste of English luxury? You can spend a night at the Bed & Breakfast in the Ann Boleyn wing of the castle (for a small fortune). 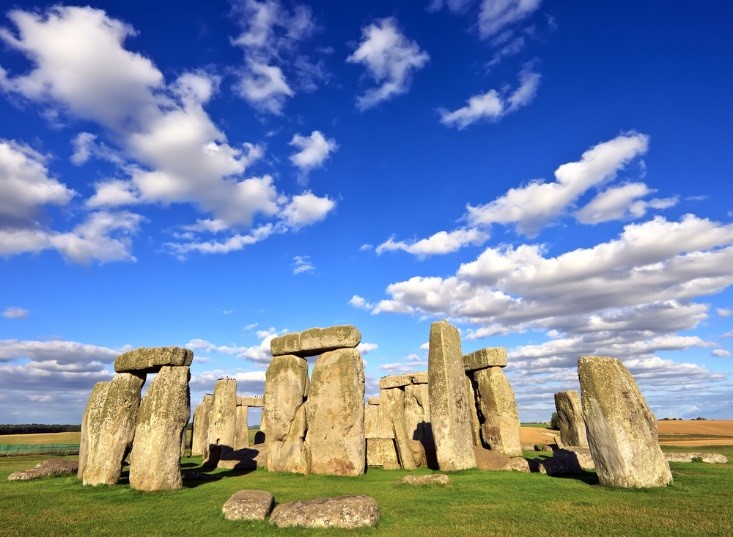 A visit to Southern England simply wouldn’t be complete without a visit to Stonehenge, the legendary Druidic ring of rocks that have spawned as many theories as anything else on earth. The site perches in the middle of a green field, and thought highways cut a square perimeter these days, those plains have brought visitors for over 5000 years, and continue to draw crowds throughout the year. One of only a handful of monolithic structures still standing in Great Britain, it’s also the most accessible: only a short jaunt from a number of cities, and a thoroughly informative introduction to the history and mystery awaits. You may not be able to walk in and around the massive stone blocks anymore, but the audio tour around the circumference is insightful, and the brand-new visitor’s center is impressive, with its interactive projection of Stonehenge through the seasons. 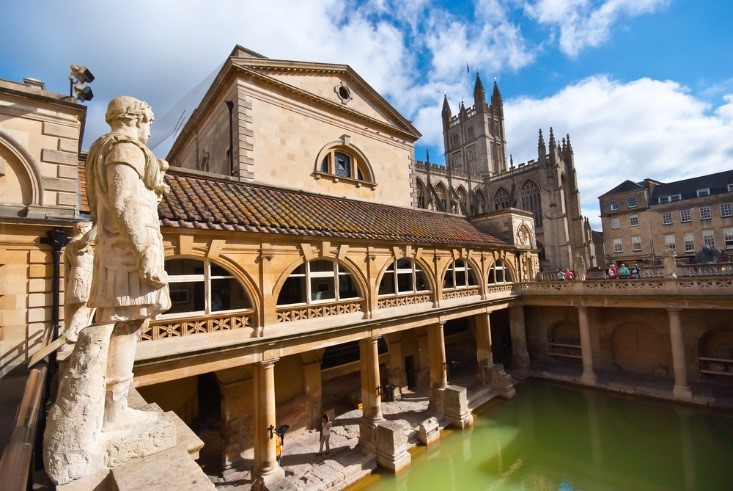 This elegant yet humble city is a pleasure to take in, especially after the cosmopolitan whirlwind of London. Named for its impeccable Roman Baths that must have been as impressive 2000 years ago as they are today, the Southwestern gem is still an upscale attraction for the any travelers looking to relax and unwind in luxurious surroundings. An array of stately Georgian buildings house boutiques and tea houses, a marvelous medieval Cathedral stands in the center, and the city has more than its fair share of landscaped parks and gardens. Not heavy on museums or galleries, Bath is more about enjoying the promenades, admiring the Roman ancestry, and pampering yourself with good food and downtime. 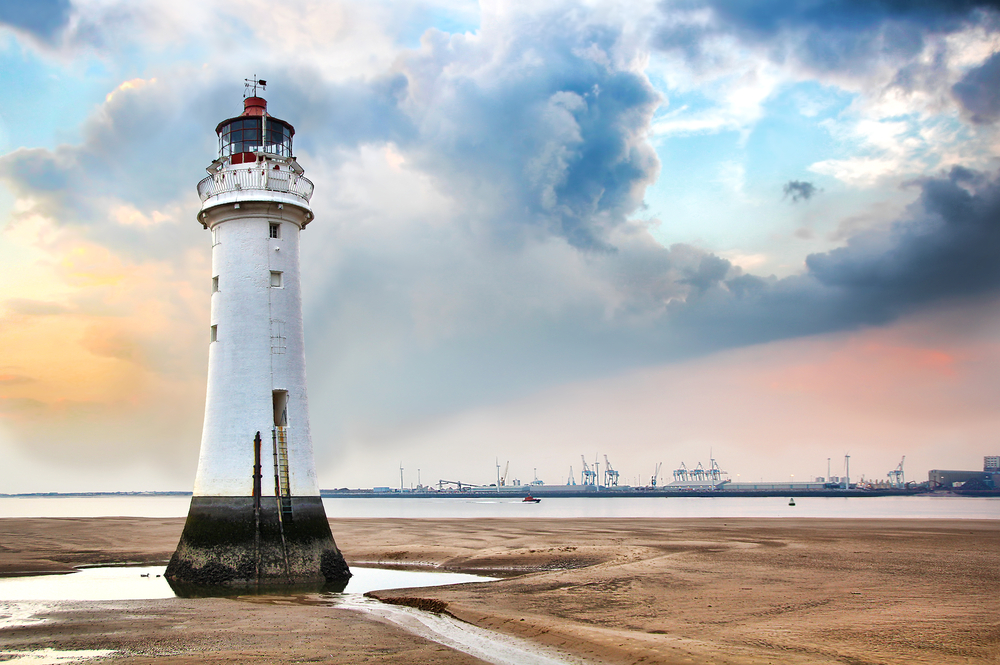 A city that’s decidedly un-English in a variety of ways, Brighton is hip and colorful and bracing. It has a bustling city center, and a celebratory seaside. In short, it’s Southern England’s id, a necessary counterpart to the prim and proper English ego. You’ll find every sort of happy hedonistic personality here, from classic car enthusiasts to energetic all-night party-goers. Of course, it’s not all plastic nightclubs and parades – there are some excellent craft beer bars and boutique restaurants to try, but you can expect a young and lively atmosphere almost everywhere you go. In fact, a visit to Brighton wouldn’t be complete without a stop at the Royal Palace, if only to gaze at the legendary party palace built in the 1800s by the Price Regent. 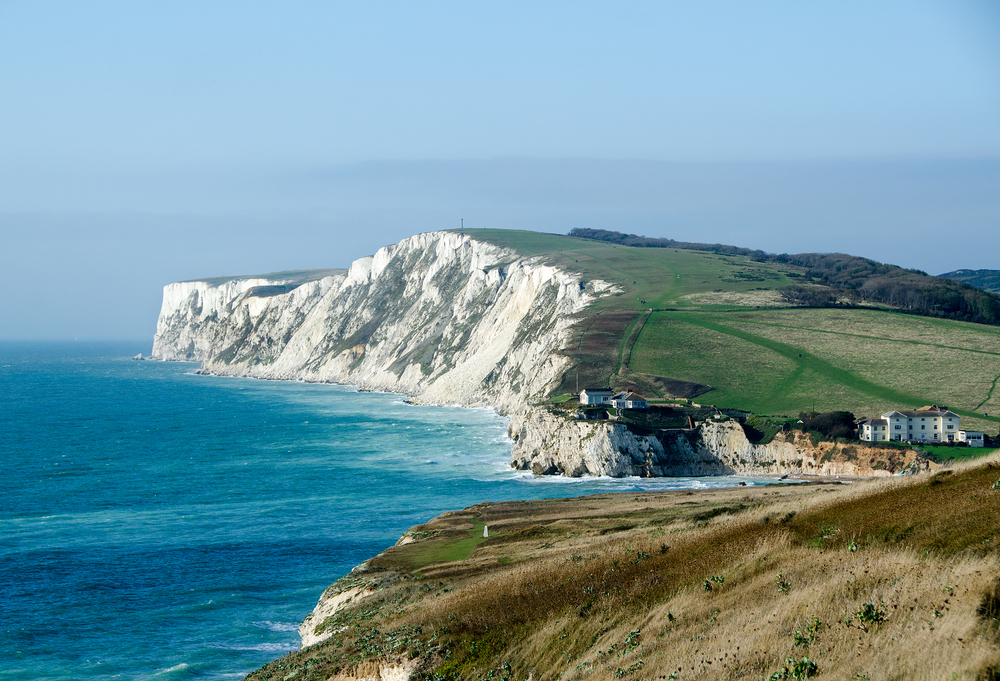 On this southern island, fun and sun is the name of the game. Plenty of nostalgic seaside attractions remain, whether you’re after amusement rides and carnival games or Victorian beach villas and meandering gardens. But the Isle of Wight has become more than a quick summer getaway for mainlanders: the string of summer festivals brings in a motley crowd of revelers every year, and the camping trend has received a facelift, with yurts and kitschy vintage trailers dotting the grounds. The island abounds with natural and cultural history – you’ll see Roman ruins and astounding mosaics at Brading Roman Villa, and Word War II relics still sit at the Needles Old & New Battery. 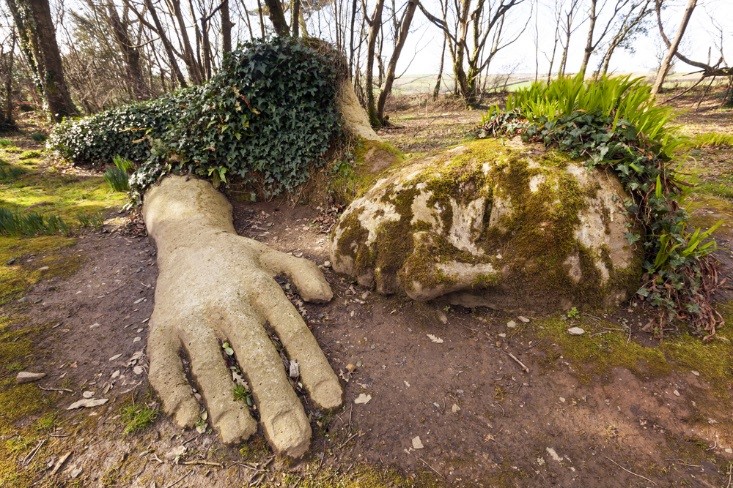 Artfully put together, varying in size and age, the Lost Gardens near the sleepy village of Mevagissey in Cornwall are some of the most enjoyable and inspiring that England has to offer – and given the country’s penchant for gardening, that’s certainly saying a lot. Planting began in the mid-17th century and continued into the 20th century, so you’ll see a host of different styles in this little green pocket: colossal rhododendrons and wisteria twist along dirt paths, and a series of lakes sit around the vegetable patches, manicured Italian gardens, and the sub-tropical cove known as “The Jungle”. The two green sculptures – Mud Maid and Giant’s Head – watch over the motley plants, built with rocks and blanketed with moss. 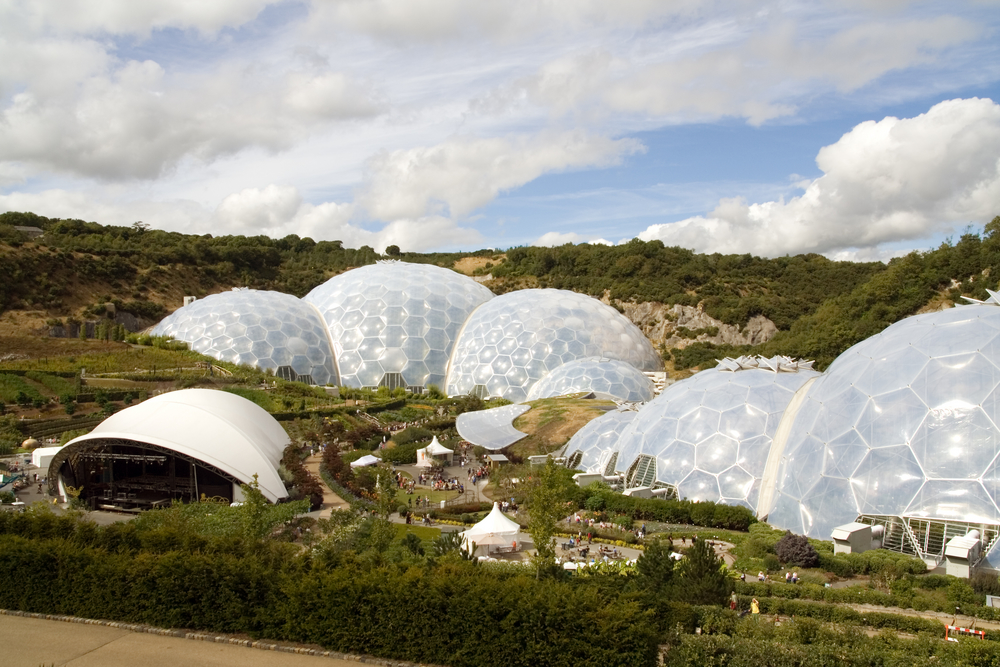 The Eden Project is Cornwall’s scientific companion to the artistic Lost Gardens of Heligan. At the bottom of an abandoned clay pit, a series of bubbling biomes house the world’s largest greenhouse, with an impressive array of distinct ecosystems. Tropical jungle plants neighbor dessert cacti and Mediterranean flora, and the surrounding exhibits tell you all about plant life and agriculture across the globe. Traverse the renowned treetop walkway in the Rainforest Biome before touring the landscaped gardens and settling in for one of the live concerts held at the site in the summer months. It’s no surprise that the Eden Project has become the proud poster-child of contemporary Cornwall. 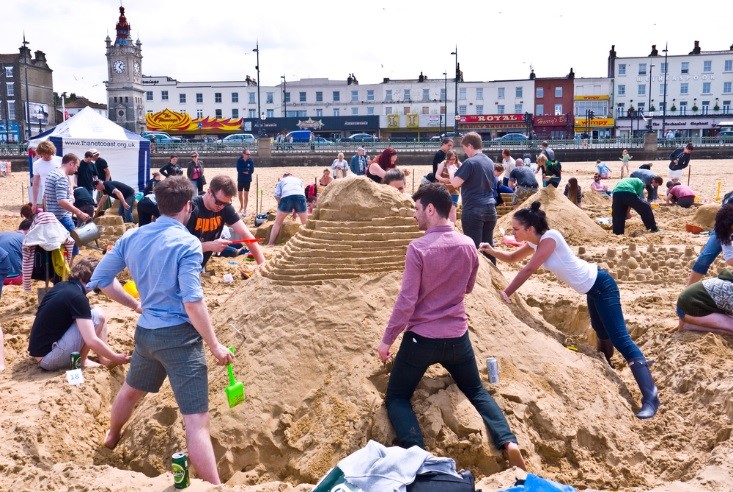 On the Eastern tip of England sits Margate, an old holiday town that offers an interesting mix of prehistoric mystery and shining modern gems. The cultural community has breathed new life into this sleepy seaside spot, with the Turner Contemporary art gallery taking center stage and bringing in thousands of wide-eyed tourists to the county of Kent. If you’re more interested in natural history than modern art, check out the equally famous Shell Grotto: a mysterious underground cave that was discovered in 1835, lined with some 4.6 million shells arranged in ornate patterns. Regardless of how old they are (people are quite divided on the actual age of the cave), the beautiful mosaics are definitely worth a peek. And if you’re tired of touring, there’s always the fine sandy beach to while away an afternoon.

Getting around the South of England is easiest by car, especially since so many sites are located down little roads off main highways. But taking the train is another option, or if you’re up for some extra activity, a biking or hiking tour will really get into the heart of the region. In fact, there’s no better way to experience the changing coastal landscape and pretty meadowlands, whether you take on the 1000 km South West Coast Path, or pedal your way through the picturesque Cotswolds.

Comment on 8 Must See and Do's in Southern England