8 Must See and Do's in Venice

A marbled web of tiny islands, Venice has grown up in a very different way than other Italian cities, and you’ll find an altogether unique expression of culture and history. Monuments speak to a noble past, and life along the canals is at once lively and nostalgic: history spills into the stone courtyards and a colorful café culture leaks out from the open facades. Basilicas shine golden against the sun, and there are so many romantic flourishes – from floating gondolas to lantern-laced piazzas – that you’ll swear you were in a Renaissance painting come to life. You can’t say you’ve experienced the floating city before you’ve seen these eight quintessential Venetian sites.

Sure, the Rialto is a convenient passage over the river, but it’s not just a bridge: this sprawling stone bridge has watched over the city for 400 years, opened its sheltered galleries to generations of Venetians, and still offers the very best view of the setting sun. It’s nearly impossible to miss, so you probably won’t have to go out of your way to walk over its storied steps. 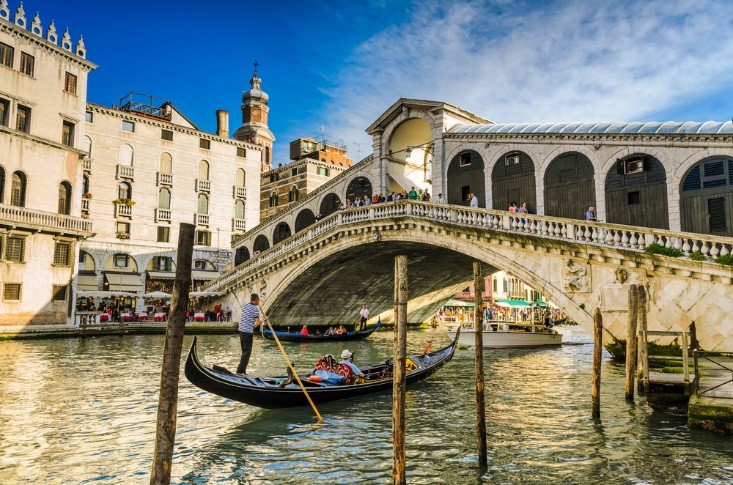 Arched doorways and wrought iron lampposts decorate this prominent city square, a major meeting point and excellent introduction to Venetian piazza life. Cutting a massive silhouette on the skyline, St. Marco’s Basilica sits at one end – the most recognizable church in the city, as well as the most elaborate. Dozens of spires spike up from the bulbous roof, and inside, the ornate mosaics made form crushed gold and gems speak volumes of the city’s wealth and power from the 11th century onward. 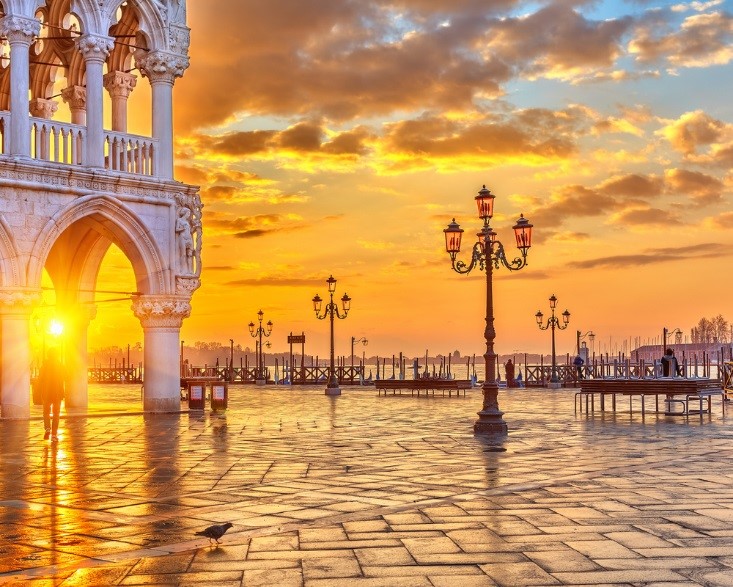 The city’s premiere gallery houses a vital collection of Venetian art, with a range of works from 14th to 18th century masters. The grandiose mansion welcomes visitors with huge, vivid portraits and biblical scenes, brimming with dramatic color and artistic confidence. There are many rooms to explore, so you may want to narrow down your visit to your favourite works or artists, and wind your way through the former convent complex.

The mighty white palace at the edge of St Marco’s square was once the seat of the Venetian Republic’s government and the Doge’s official residence. A fire razed the building in the 16th century, but it was rebuilt with even greater splendour, incorporating Veronese pink marble and white Istrian stone. Inside, you’ll take in an enormous wealth of fine sculptures, paintings, and gilded staircases while you peruse the Doge’s Apartments, and further up in to the elaborate parlours and council rooms. 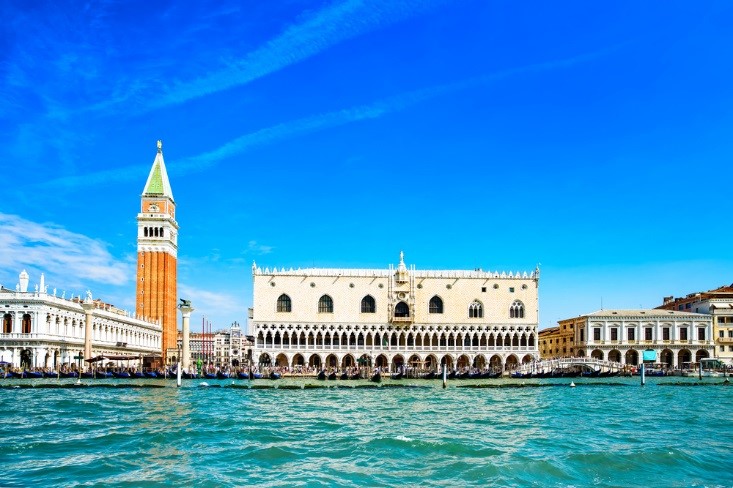 There’s nothing quite like a local market when you want a taste of the local culture, and Venice’s Rialto market certainly does not disappoint. Local seafood specialties – bream, baby octopus, and scallops – are at their freshest, spilling over market tables and drawing eager crowds. The adjacent produce stands sell everything you would need to complete your meal, while the local vendors provide the color and passion. 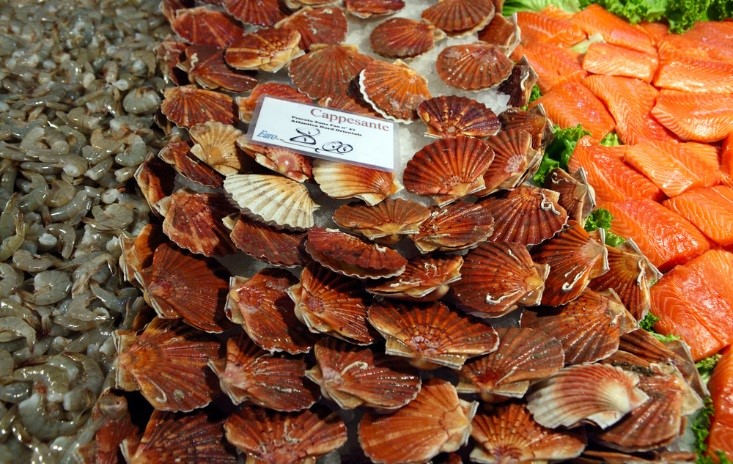 Don’t underestimate the beauty and sophistication of this major urban waterway, where local boats criss-cross the surface on daily errands and gondolas carefully float tourists down the gentle passage. A boat ride is in fact one of the best – and easiest – ways to see the city, especially in high season, when the tiny streets become human traffic jams. You’ll find that the pale water-side facades and fleet of vessels paint a whole new picture of Venice. 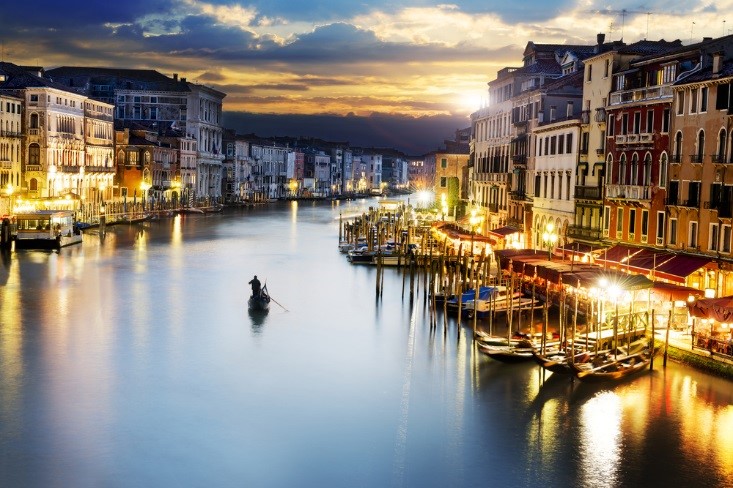 La Fenice was once the musical heart of the region, an operatic collage of world-renowned musicians playing for the upper crust of Italian society. The soaring interior is as opulent as you would expect, and the theater still has a full opera season (from January to July and September to October) that visitors and locals alike can enjoy. If you’re not planning on taking in a show, at least consider the one-hour walking tour of La Fenice to get a full appreciation for the magnificent structure. 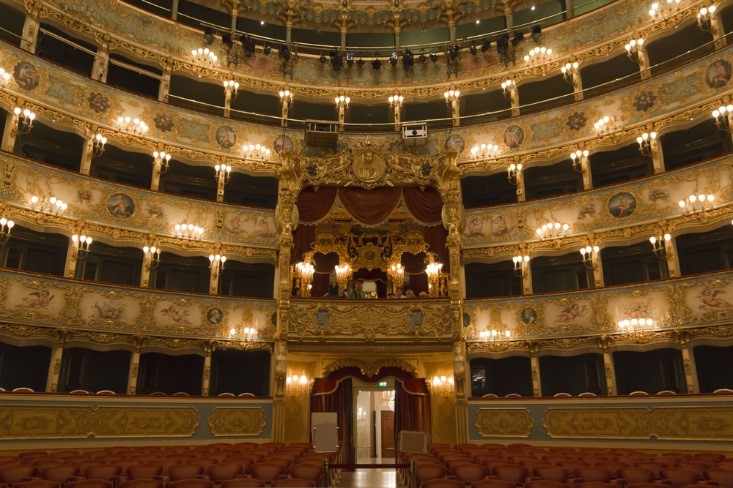 When the bustling crowds are too much to bear, head out to this 11 km sandbar, a seaside neighbourhood of luxe resorts, peaceful residential clusters, and two large public beaches where you can kick back for an afternoon. The main street of the island leads from the water bus stop at the edge of the lagoon to the Adriatic Sea on the other side, and has enough shops, restaurants, and accommodation to keep you comfy. Every summer, Lido hosts a renowned film festival, which brings lots of people into the small sandy strip for the festivities. 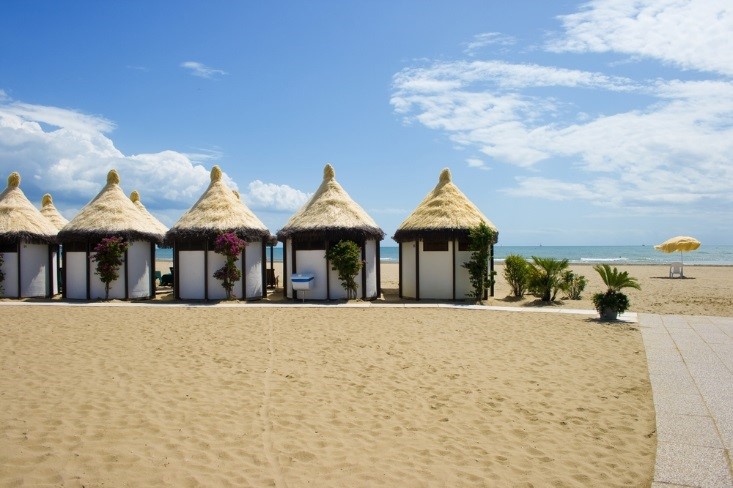 Venice is charming, but it can be a bit chaotic and a tad confusing. The small bridges push you through the narrow maze of the city; if you lose track of the yellow signs that keep you on the tourist route, you’re liable to wander off into an unfamiliar district. That said, you may just find some local flavor off the beaten track, and if you’re really lucky, an invite into an authentic Venetian kitchen for the best meal of your life.