Travel Estonia - 8 Things To Do In Estonia

This unassuming little country on the edge of the Baltic Sea is more than meets the eye. Spread out over 1,500 islands to the west and north, old-growth forest and still lakes to the south and east, the terrain may be flat but it’s certainly not boring. Nature lovers have known its beautiful, natural demeanor for a long time, but visitors are often surprised at the abundance of cultural and distinct history within its borders: while it was once part of the Soviet Union, there’s evident influence from Estonia’s Scandinavian neighbours, but it’s really an entirely unique nation. See the charm and beauty for yourself with a tour of these 8 beguiling sites across Northern Europe’s most underrated nation.

Estonia’s capital is cradled by coastline and still protected by an ancient wall, though there is as much modern pull here as medieval charm. In fact, the mix of old and new is one of the finest facets of Tallinn: turrets and cobbles of the romantic Old Town mingle with sleek glass skyscrapers and modern culinary feats. The heart of the action is at Raekoja Plats, the site of 11th century markets and modern-day reveling, where pastel facades circle a stony square of charming cafes, street performers and seasonal displays. It truly is one of the prettiest cities in Europe, and whether you stroll through Kadriorg Park with its regal Russian backdrop or soak in centuries of culture and history in one of the world-class museums, you’re sure to leave with memories to last a lifetime. 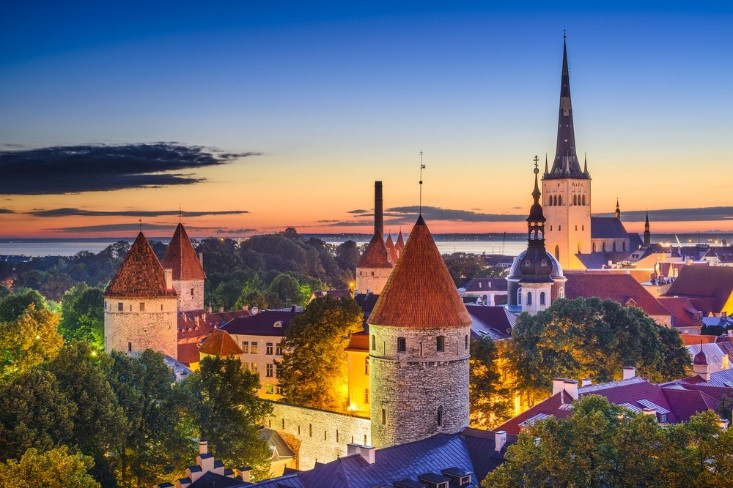 The westernmost town in Estonia, Kuressaare sits on Saaremaa Island like a moment frozen in time: a 12th century town with a storybook castle and a tumultuous history of conquest and annexation, it could be the model for any number of fairy tales or medieval legends. You can’t miss the towering Kuessaare Castle, which houses the impressive Saaremaa Regional Museum filled with fascinating medieval relics and a host of eerie legends. The 17th century town hall and surrounding square retains its stunning baroque features, and there’s an ambiance to match when the Saaremaa Opera Days festival brings out crowds to enjoy ethereal sounds against the dreamy backdrop. 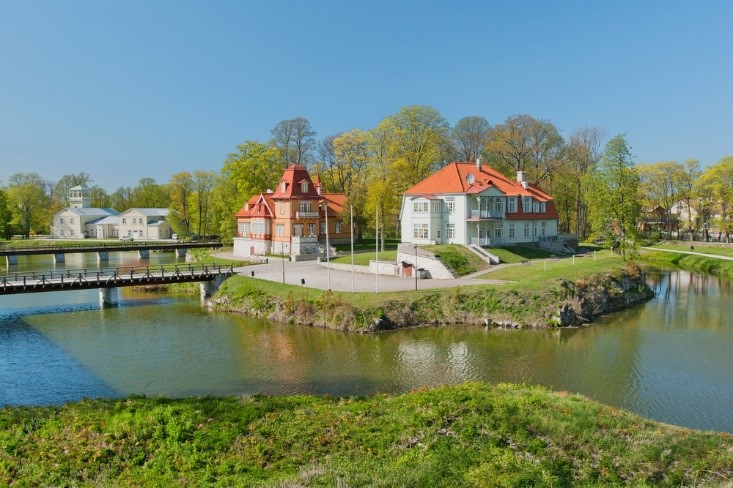 Head about 70 km east of Tallinn and you’ll reach a breathtaking expanse of preserved parkland, flanked by the Gulf of Finland and the major highway that cuts through Estonia. The biggest and oldest national park in Estonia, Lahemaa is dedicated to the research and preservation of the surrounding landscape: it holds no fewer than 14 lakes, 8 rivers, 4 waterfalls, and more flora and fauna than you can count. A guided tour of the park will also bring you to two beautifully restored 18th century manors, where you can see how the upper crust of Estonian society once lived; the Palmse manor has an open-air museum tracing Estonian social and architectural evolution through the Middle Ages. 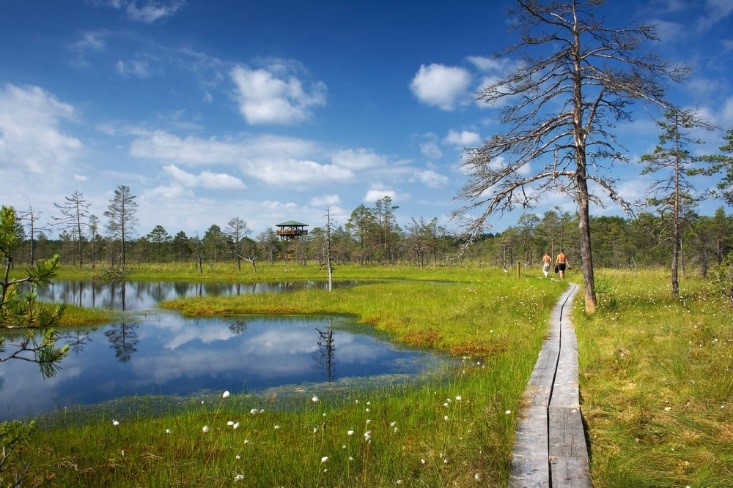 A serene village with an aura of harmony and tradition, Tartu is at once rural and social. In fact, one fifth of the population is made up of Tartu University students, who bring vigor and cheer to the sleep avenues and leafy parks. It has an inviting 18th century town square, and a host of interesting museums and galleries to soak up some culture. The swell of land behind the town hall may seem relatively benign, but Toomemägi Hill is in fact the reason for Tartu’s existence: it has provided strategic and protected ground since the 5th century, and by the 13th century it acquired the Toomkirik, a Gothic cathedral built by German Knights. Be sure to take the time to wander through the surrounding gardens and gorgeous tree-lined paths. 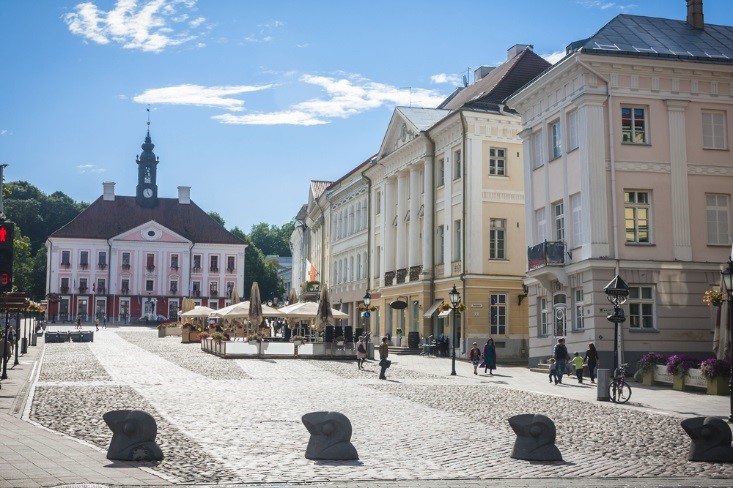 Taking a page from Western Europe, Alatskivi Castle features sky-high turrets, a gleaming white façade and 130 hectares of wooded parkland to explore. It’s been used for many purposes over the centuries, but today it’s a museum and testament to 19th century Baronial life. The building may resemble something out of Scottish nobility, but the upper floors devoted to local composer Eduard Tubin and the restaurant serving traditional regional flavors on the ground floor are firmly linked to the Estonian cultural and culinary history. 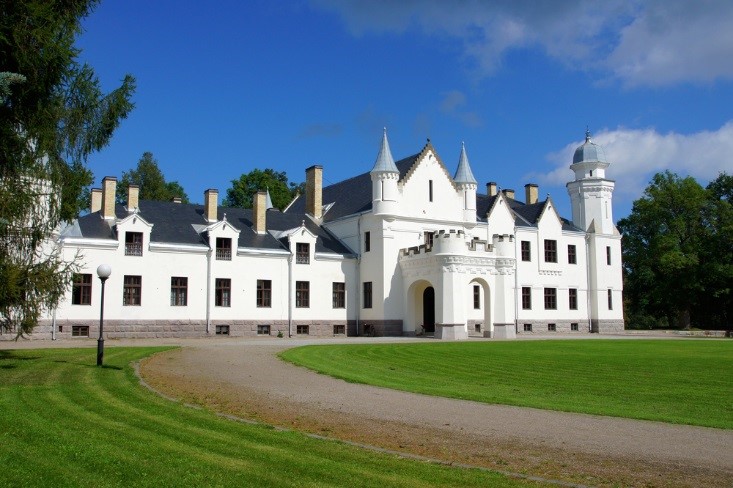 This is one of the largest lakes in Europe, and probably among the most beautiful, too: untouched coastline and white sandy beaches punctuated by little villages and scenic lookouts make for idyllic lakeside living. Watersports abound, whether you prefer fishing, boating or swimming, but there’s plenty of serenity to spare along the uncrowded beaches and in the historic town of Kallaste on the western shore. This is where the persecuted sect known as Russian Old Believers took refuge in the 17th century, and the culture and traditions of this nonconformist community continue to rule the surrounding coastal villages. 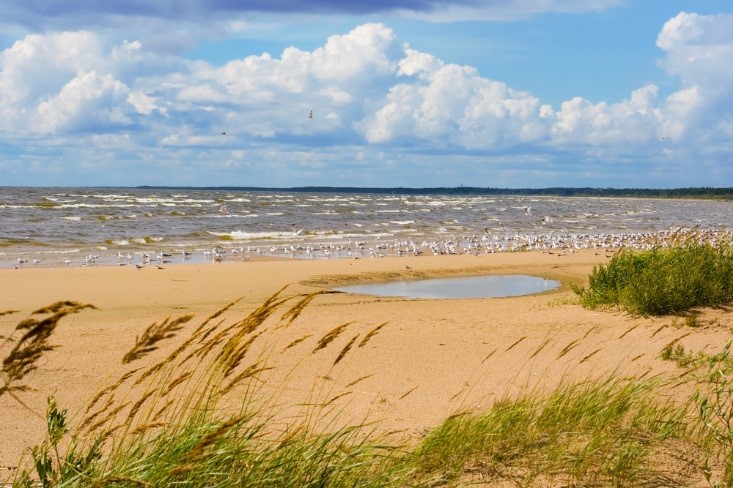 Deep into Estonia’s southern reaches, Otepää sits atop a hill and overlooks an expanse of lakes, forests, rivers and trails. It is the heart of hiking and biking country, and offer the best cross country ski terrain in the country come winter. The town itself is quaint and a pleasant place to take in a bit of shopping and sightseeing, but the natural surroundings are the main attraction: arrange a summer trekking tour through the forested plains and a stop at Pühajärv Lake, or visit in February for the celebrated Tartu Ski Marathon and a tour of the Gothic and medieval architecture heritage. 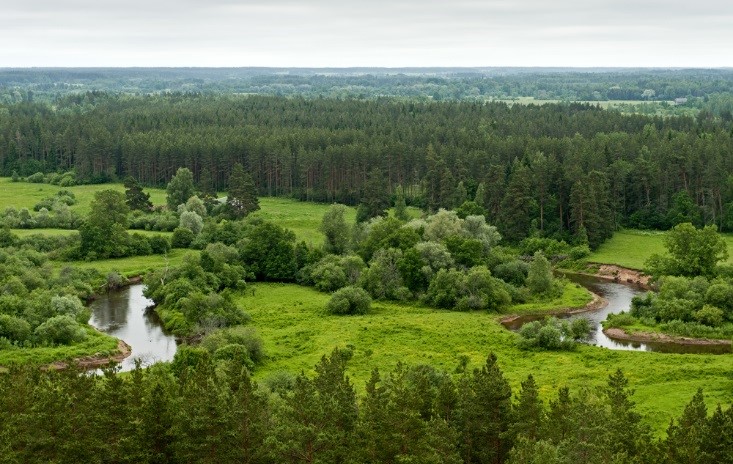 The town of Haapsalu is a gateway to the west coast islands and a pretty collection of museums and rustic old buildings. The towering castle in the center is the grand draw, but many visitors looking for a bit of rest and relaxation revel in the surrounding spas and modest seaside resorts. The beauty of the natural landscape is nicely balanced by the authentic old village demeanor, and the seaside Promenaadi path allows for a long and pleasant stroll past the majestic 19th century Spa Hall, historic sculptures, and the migrating waterfowl of Haapsalu Bay. 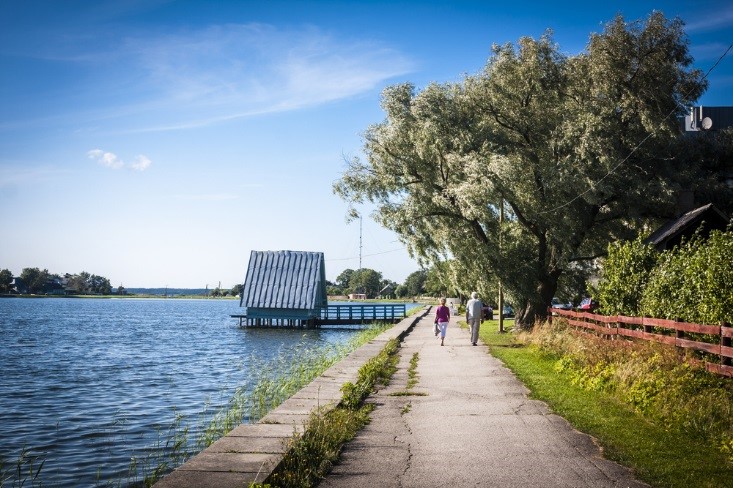 There’s a lot packed into this small country, but sites tend to be spread out and bus transit is spotty at best. Renting a car is your best bet to get into every corner of the country, and the only way to take in long stretches of the splendidly rugged coastline up close. Since more travellers are discovering the treasures of Estonia, be sure to book things pretty far in advance if you plan to visit in the summer season.

Comment on Travel Estonia - 8 Things To Do In Estonia