The Best Caves from Around the World

There is something mysteriously beautiful about amazing caves. These mysterious openings are an example of nature’s endless beauty. Found deep beneath the earth’s surface, these underground crevices and cavities have captivated and mesmerized explorers and adventurers alike.

This popular state park is home to a popular “show cave” containing 2.4 miles of passages. First discovered in 1974, these 50,000-year-old caverns are carved out of limestone and filled with speleothems (secondary mineral deposits) and are still growing. The “Throne Room” feature of the caverns contains one of the world’s largest soda straw stalactites, which towers at 21 ft. 2 inches making it one of the best caves in the world. 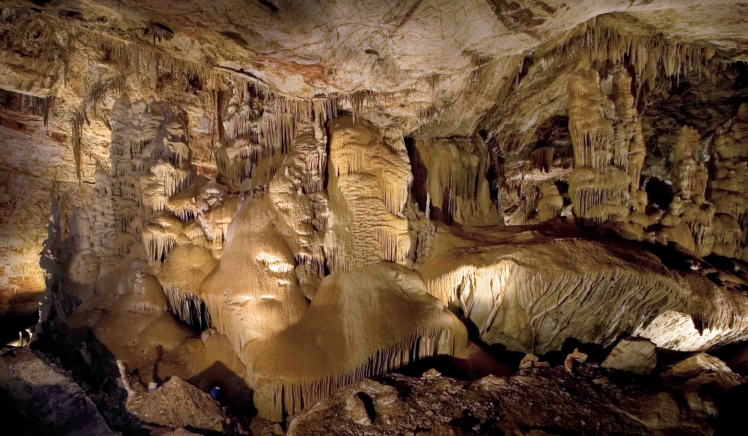 This picturesque sea cave found off the coast of the Italian island of Capri is a favorite tourist destination. What makes this popular cave so unique is its spectacular blue and emerald lighting. The mouth of the cave is a mere six feet wide by three feet high. Because of this, entrance to the cave is only possible when the tides are low and the sea is calm. To enter the grotto, visitors must lie flat on the bottom of a four-person rowboat. 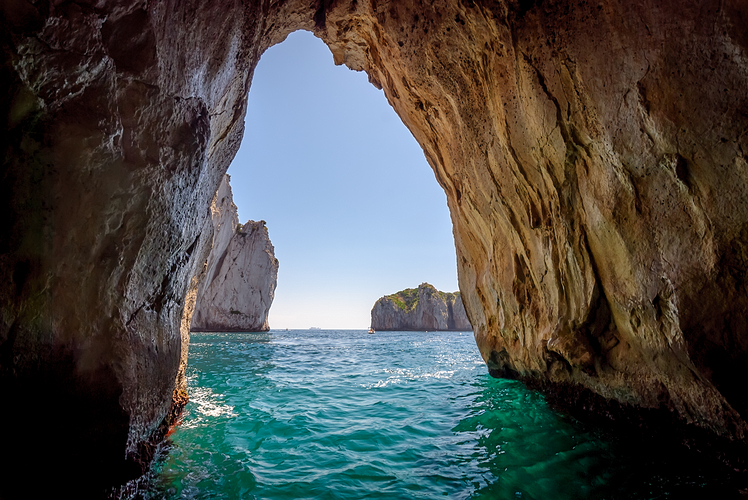 This sea cave located on the uninhabited island of Staff is formed exclusively from basalt columns which are hexagonally joined within a lava flow. The cave’s naturally-arched roof, combined with the echo sounds made by the waves above the roof creates a cathedral-like atmosphere. 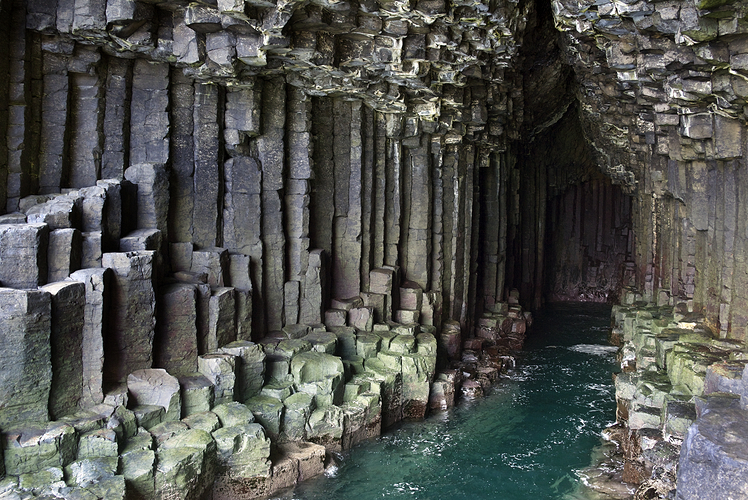 Designated as a UNESCO World Heritage Site, the Škocjan Caves is home to one of the largest known underground canyons in the world and ranks as one of the most important caves in the world. Visitors to the caves can visit year-round as the chambers maintain a constant temperature of around 50 degrees Fahrenheit regardless of the temperature outdoors. 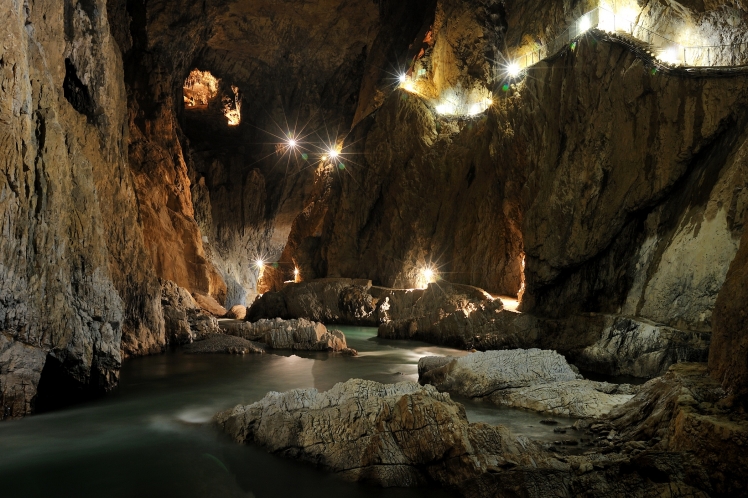 Sitting on top of the limestone rock above groundwater level is one of the most visited caves in the United States. The “Big Room” of the cavern is a chamber room 4000 ft. long by 625 ft. wide made of natural limestone, making it the largest chamber room in North America. 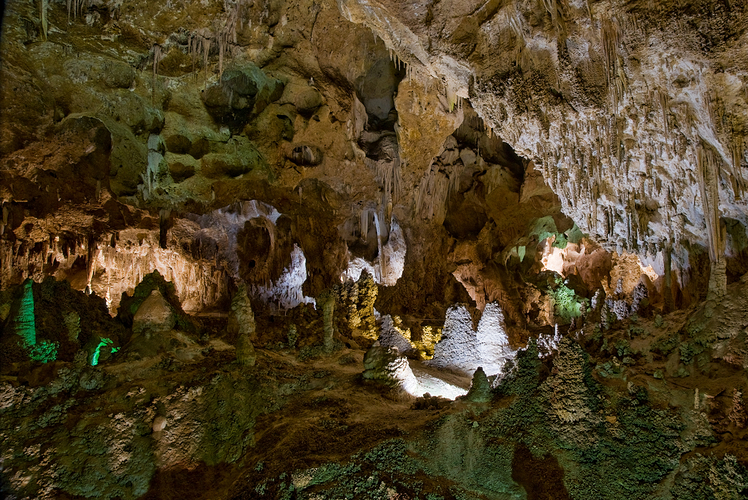 This spectacular natural limestone cave consists of multicolored lighting and has been a popular attraction for over 1200 years. Reed Flute Cave is filled with a variety of stunning stalactites, stalagmites and rock formations in whimsical shapes and fantastical formations making it one of the best caves in the world. 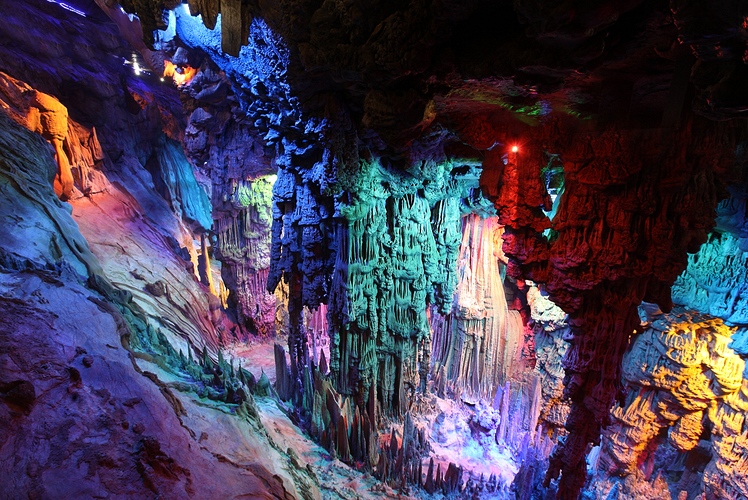 It took 10 million years for the Green River to create Mammoth Cave, so it’s no wonder, at 360 miles, it’s the longest known cave in the world. It isn’t even a contest. Mammoth Cave is four times longer than the world’s second longest cave. 10 miles of the cave system are available for public tours which take participants 200-300 feet down below the earth’s surface to see the wonders of the cave up close (with the aide of a headlamp). 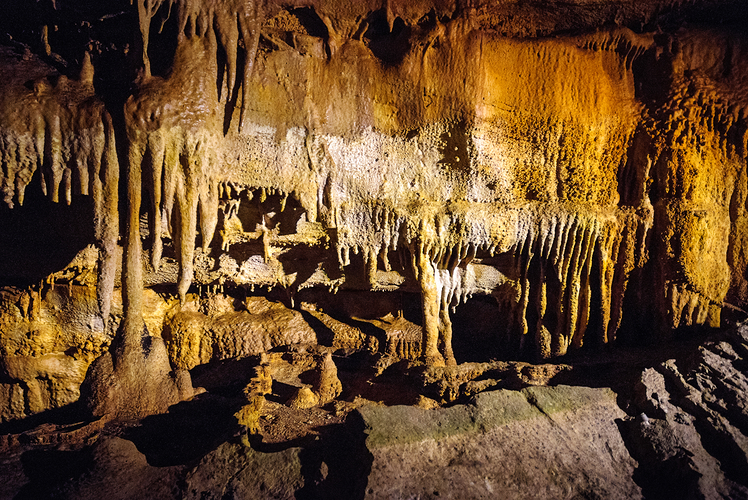 Only discovered 16 years ago by miners in Chihuahua, Mexico, this cave located 980 ft. below the surface is home to some of the largest natural crystals ever found. While they may look like they’re from Narnia, the cave is actually incredibly hot, with air temperatures reaching up to 136 Fahrenheit, causing the cave to be relatively unexplored to this day. 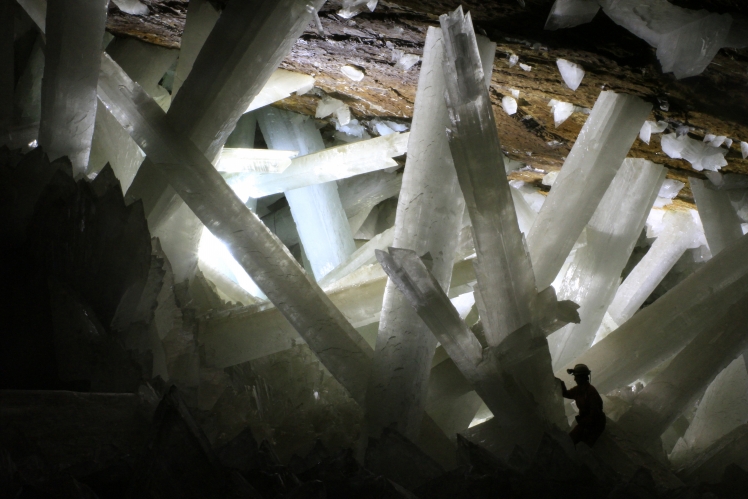 Located in Vatnajokull Glacier—Europe’s largest glacier—it was formed by melting and compression of glacial ice water over millions of years. The air bubbles and ice crystal gives the cave a stunning blue color. Just beware—visiting the crystal cave in the summer is not safe, as melting and movement of glaciers takes place during this time of year. 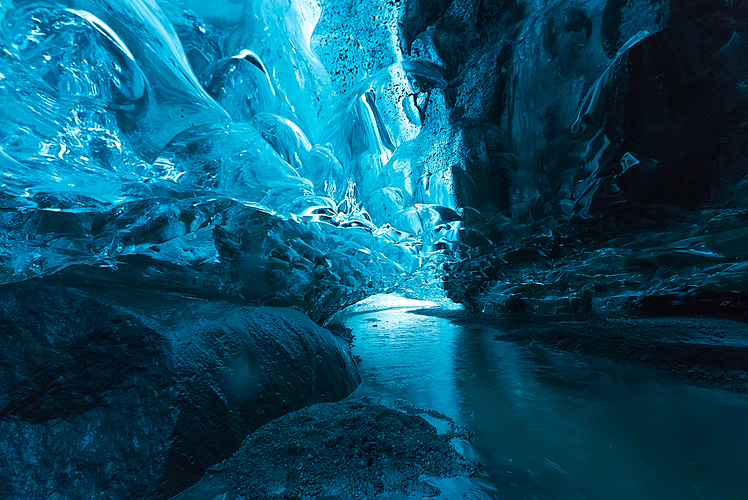 This cave at Waitomo on New Zealand’s North Island is well known for its population of glow-worms which create a galaxy of tiny mini-lights. Formed over 30 million years ago, with the creation of limestone at the bottom of the ocean, visitors can take a 45-minute long boat ride through this magical glow-in-the-dark grotto making it one of the best caves from around the world. 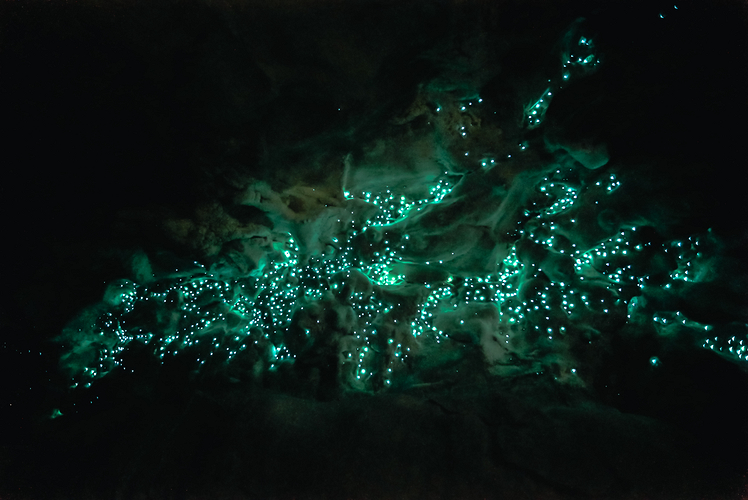 Comment on The Best Caves from Around the World