Best Castle Tours Around The World

Castles inspire romance, nostalgia, and historic reverence. They’re the sites of heroic battles and legendary stories, and their magic never seems to fade. Medieval castles are especially enigmatic, with their turrets, drawbridges, and ramparts, and they still dot the European countryside long after the last battle was fought. Of course, what makes a castle worth a visit is the state of the building, both inside and out, and that will narrow down your options a little bit. For a good mix of majesty, opulence, romance and accessibility, consider these six excellent excursions to some of Europe’s finest medieval fortresses. 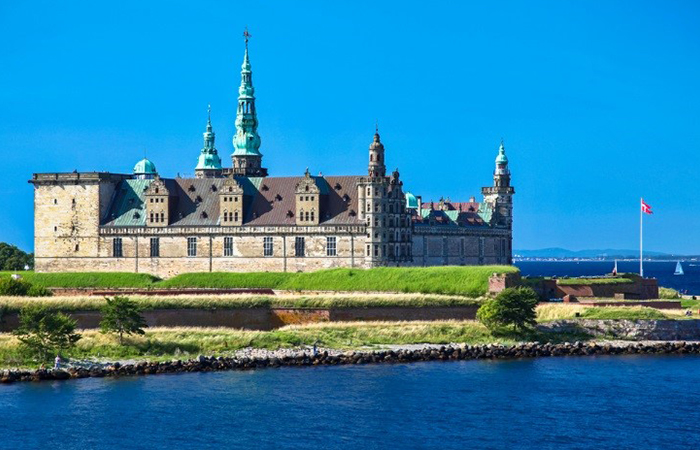 Denmark is home to a selection of fairy-tale castles, with the scenery to match: floating islands, sprawling blue bays, and turrets that spear cool blue skies. In fact, a trip to Denmark is easily planned around the castles, since some of the best lie within reach of the big city centers. Such is the case with Kronborg Castle and Frederiksborg Castle, both a stone’s throw from the capital of Copenhagen. Kronborg Castle in Elsinore city was the inspirational location for Shakespeare’s Hamlet, and the renaissance masterpiece has earned a spot on the UNESCO World Heritage list. Frederiksborg Castle, built in the 17th century by King Christian IV, is a marriage of Renaissance elegance and Baroque flourish that houses some beautiful artistic artefacts and fine furniture. 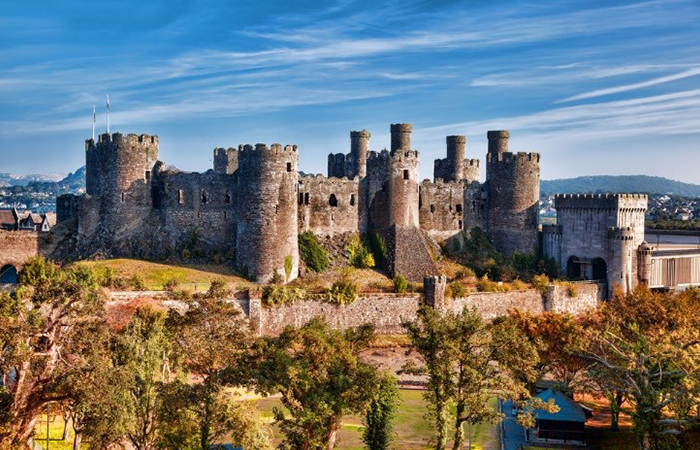 There are so many amazing castles in Wales, it may be impossible to squeeze them all in unless you have a few weeks to spend in the country. Fortunately, you can condense your tour without missing too many good sites – there are a handful of pristine stone-walled castles that line the south end of the country, and you can get to each without too much trouble or detouring. You can start at Raglan Castle in the Vale of Usk (which brushes against the English border), and follow a westward path to Caerphilly Castle (the largest castle in Wales), and onto the 12th century Dinefwr Park with its surrounding nature reserves and croquet lawn. Laugharne Castle is next on the tour, a collection of 11th century ruins that once hosted the great poet Dylan Thomas, and then onto Cilgerran Castle, a Norman masterpiece with a view fit for a king. 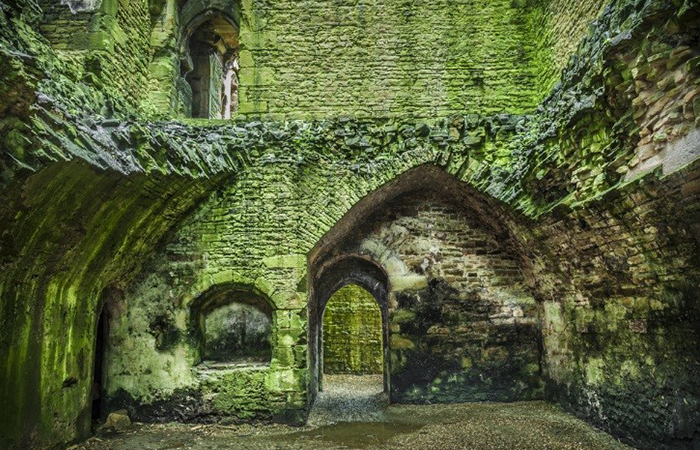 England is home to many castles, and even more castle ruins – the unhappy result of the nation’s war-torn history. However, there are plenty that have survived the tumults of centuries past, especially in the northern reaches of the country. You can begin a self-guided tour in Yorkshire, with Skipton Castle, one of the best preserved medieval castles in England. A short journey to the north of the county will bring you to Castle Howard, built in the 17th century and still one of the most prestigious homes in England, and Bolton Castle, a moss covered relic with an eerie presence. If you have the time and interest, you can tack on two extraordinary castles in neighbouring Cumbria – Sizergh and Muncaster Castle – both known for lavish gardens. 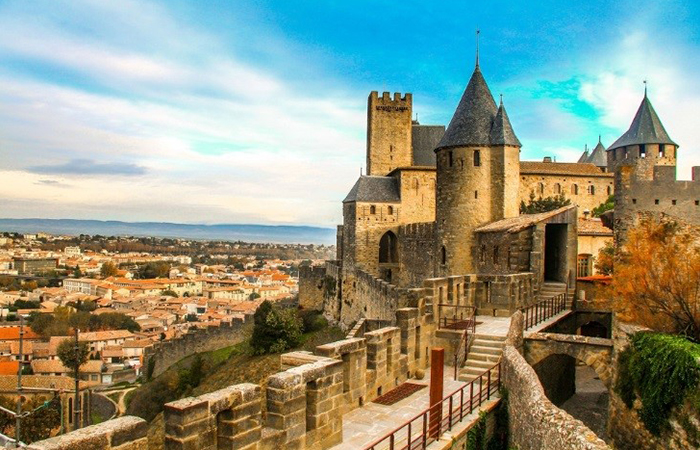 The imposing castle, fortress and medieval village of Carcassonne is one of the best-known medieval specimens in the world, but Languadoc offers other stony treasures. This was the region of the Cathars, a 13th century Christian sect that took refuge from prosecution in the defensive fortresses of Corbières during the middle ages. Some of the towering structures, like Peyrepertuse, were built on precipices that sit firmly out of reach, but you can visit a number of others that dot the Pyrenees foothills. Be sure to include Carcassonne, but you won’t want to miss the Chateau d’Arques (an easy approach and good introduction), Chateau de Queribus and Chateau de Puilaurens. 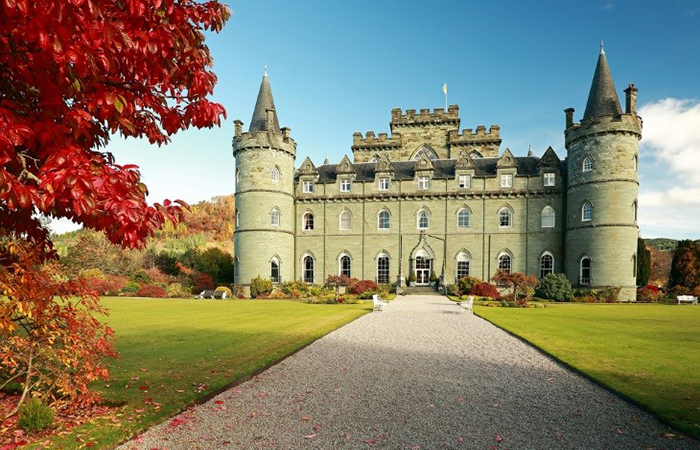 Scotland has no fewer than 300 castles, and Aberdeenshire (in the northwest of the country) has the highest concentration of medieval fortresses, and some ancient ruins that stretch even farther back. The Scottish Tourism Organization has laid out a map of 18 of Aberdeenshire’s finest – the Castle Trail – and you can follow it with the help of the brown and white road signs throughout the region. Begin with Dunnottar Castle, perched precariously on a cliff overlooking the North Sea, then onto Crathes Castle (a fairy tale structure in the middle of lush woodlands) and up to Drum Castle. Head further north to Castle Fraser, with its secluded walled garden, magnificent interior, and lovely kitchen – now a tea room where you can enjoy a cup and a cake before hitting the road. 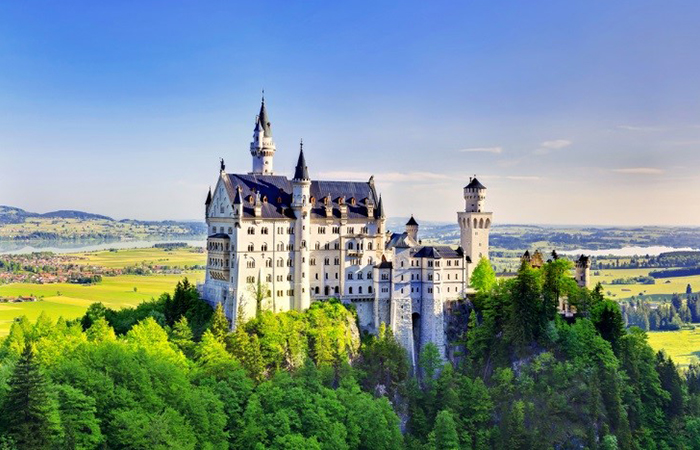 Tucked into the forests of southern Germany, the unfinished residence of King Ludwig II still stands on top of a steep hill, and it’s one of the most exhilarating sites in the region. A true storybook castle – it inspired Walt Disney’s iconic image, after all – and a unique glimpse into Ludwig’s personal brand of opulence and ceremony. You can’t visit all the rooms, but once you pass through the mighty drawbridge and under the ramparts, you can wander through the wood-carved bedroom, mosaic tiled grand hall, and a handful of corridors and alcoves that wind around the pillared palace. Linderhof palace is not as iconic, but certainly still regal, and not too far out of the way.

One great way to get the most out of your castle tour is to stay in a small town close by, or even better, in the castle itself. Several English castles have transformed sections into guest rooms, and you may even find a whole medieval building to rent out. The next best thing is a festival – browse through websites and community event schedules to see what plays, demonstrations, exhibits, or feasts may be happening at the castles on your list, and plan your trip accordingly. Fun and festivities make for an authentic, memorable castle experience.