6 Spots Where The Northern Lights Paint the Sky Green

When it comes to atmospheric phenomena, not much can match the Aurora Borealis. Aptly called the Northern Lights, these beautifully peculiar waves of light are beguiling enough to throw you off your snowmobile, especially if all the right wintery conditions come together at once. Clear skies, snowy climes, and a perfect collision of particles from the earth’s and sun’s atmospheres will promise a colorful show, and though it could happen anywhere in the upper half of the Northern Hemisphere, there are a handful of spots on earth where your chances of seeing the lights are much better. 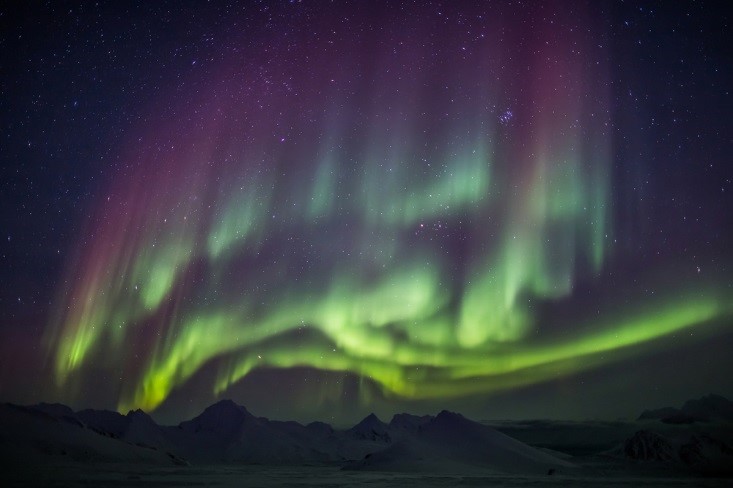 Up in Norway’s arctic reaches, you’ll find Svalbard, an icy island that’s home to an array of northern wildlife and some of the best light shows in the night sky. The sun doesn’t show itself between November and February – an ethereal blue twilight is all you get – and that’s when you can usually catch the swaths of colorful Northern Lights. 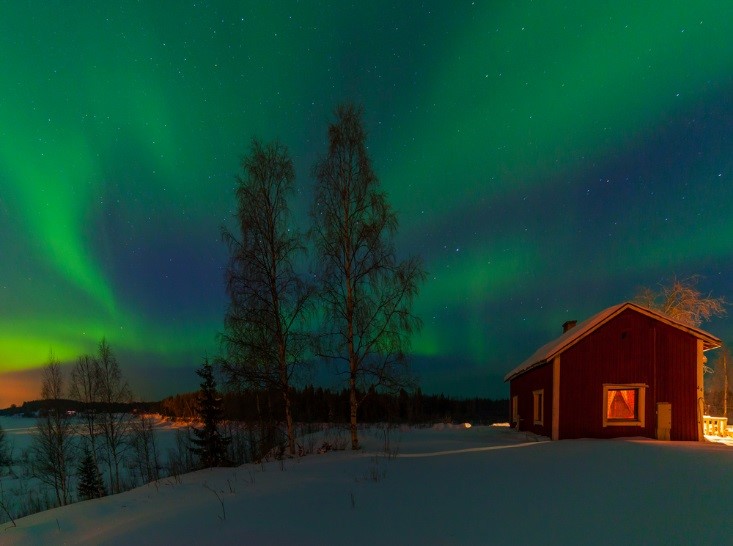 In Finnish Lapland, you can see the Lights over 200 nights a year. True purists will take the opportunity to snowshoe, dog-sled, or cross-country ski through the snowy landscape to catch the display, but there are more comfortable spots to enjoy the scene, too. Huts and cottages are available around the towns in the region, or consider renting a glass-walled igloo to spend the night right under the lights (and away from the icy cold air). 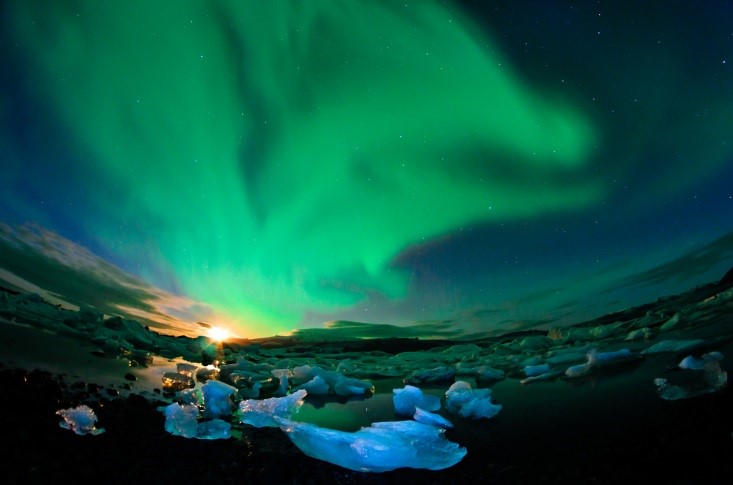 Given the small circumference of the island, almost anywhere on Iceland is fair game for a Northern Light show, but the Westfjords are a particularly magical locale. The nights are a touch longer here, and there’s less light pollution than you’d find around Reykjavik, so consider renting a car to reach the icy fields by the sea. 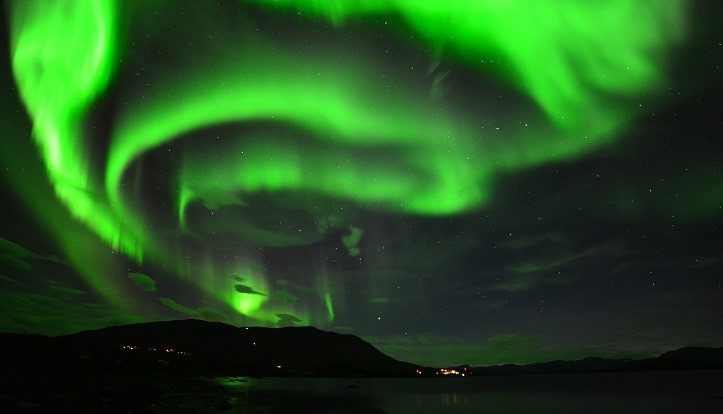 The Swedes sure know how to do winter, with wonderful ice palaces and festivities around roaring fires to illuminate the long nights. When it comes to the Aurora Borealis, the north is the place to be, especially the specially-designed Aurora Sky Station in Abisko: at 900 meters above sea level, it’s really out of the way, so very little light or noise can interfere with the scene from above. 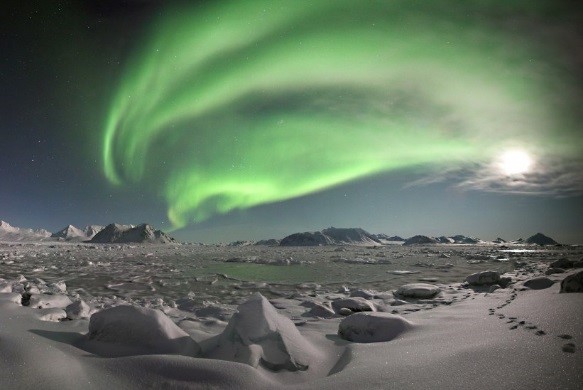 Largely uninhabited Greenland provides a uniquely isolated Northern Lights experience. You’ll travel by dogsled along the vast frozen plains from the former military base of Kangerlussuaq, until it’s just you and the sweeping night sky. The trip includes a stay in a traditional Inuit hunting cabin, and you’ll pitch in with the dog care; if you’re looking for a little less wilderness, opt for a hotel room in Ilulissat where you can stay warm while you enjoy the show. 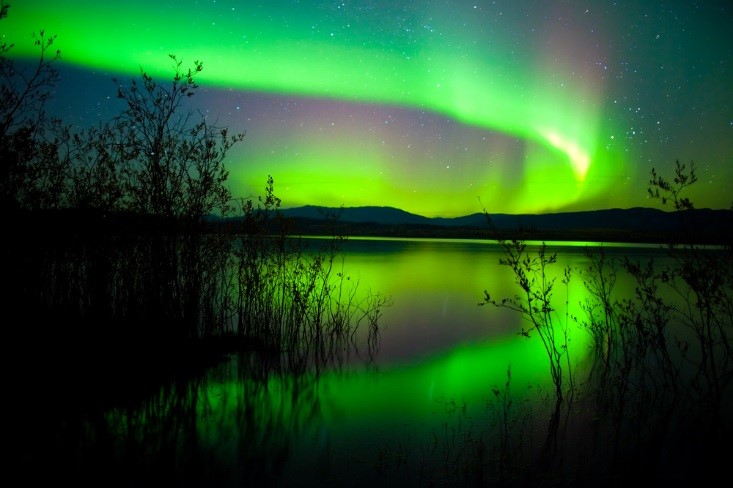 Canada’s arctic region is a winter wonderland, with lakes, mountains, and an endless blanket of stars. Not surprisingly, it’s also one of the best places to see vivid green and gold Northern Lights between August and April, when the nights are long and clear. The great part about chasing the Lights in the Yukon is that there are some very comfortable spots to balance out the challenging, icy wilderness: you can pamper yourself at the impressive Northern Lights Resort in Whitehorse after your outdoor excursion.

While these spots are spoiled with more than their fair share of Northern Lights, the show won’t be visible on every night. First, the sky must be clear and exceptionally dark, and even then the lights may not make an appearance. If you’re planning your trip around the Aurora Borealis spectacle, be sure to choose a spot with other sites and activities that interest you, in case you need to bide your time!