The capital city of Estonia is an enchanting city certain to have something for all visitors. A particular highlight of a visit to Tallinn is the beautiful forests of the region – in fact, Estonia is almost 50% woodland, and is also home to the world’s tallest pine tree! This can be found in Põlva County – at 46.6 meters high, it's thought to be around 214 years old! Back in the city of Tallinn, there is no shortage of beautiful architecture from the medieval to the Soviet era – a must for a real look into this country’s incredible history. 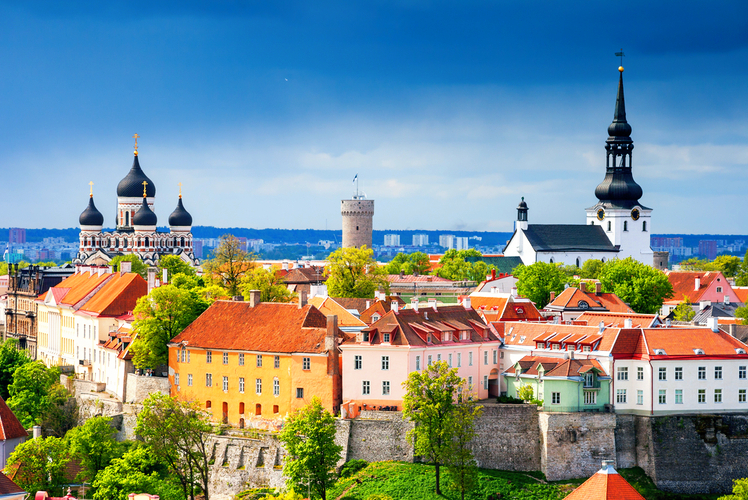 St Petersburg, Russia – See the Stunning Canals of the ‘Venice of the North’

St Petersburg is a stunningly beautiful city, built on water – which led to it to be dubbed by Goethe as the 'Venice of the North'. It is certainly, like Venice, a romantic city – and the canals are the best way to travel and explore. You can view many of the city's beautiful buildings and gardens in the most relaxing way. A visit in the summer is the ideal time to see St Petersburg at its very best. 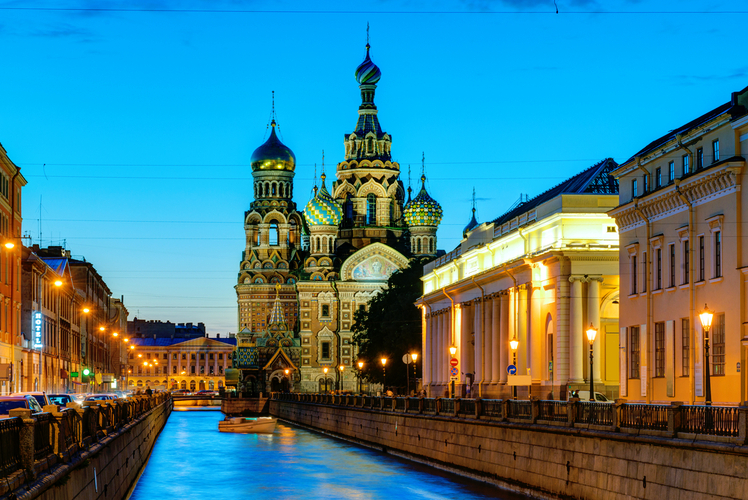 This fascinating city has something for everyone, and is not to be missed! The Brandenburger Tor is one of Europe’s most iconic landmarks and at one time was used to separate the East from the West; it now stands as a symbol of the unity of Germany. The Tor was built in the 18th century, and the design was based on the Acropolis in Athens. Another of Berlin’s historical landmarks is the Berlin wall – it was mostly demolished in 1989, when the city was brought together as one. A visit to the longest surviving piece of the wall at Friedrichshain is a must, as is a trip to the famous Checkpoint Charlie, and the Mauermuseum to see an exhibition on the wall that divided the people of the city, from 1961 to 1989. 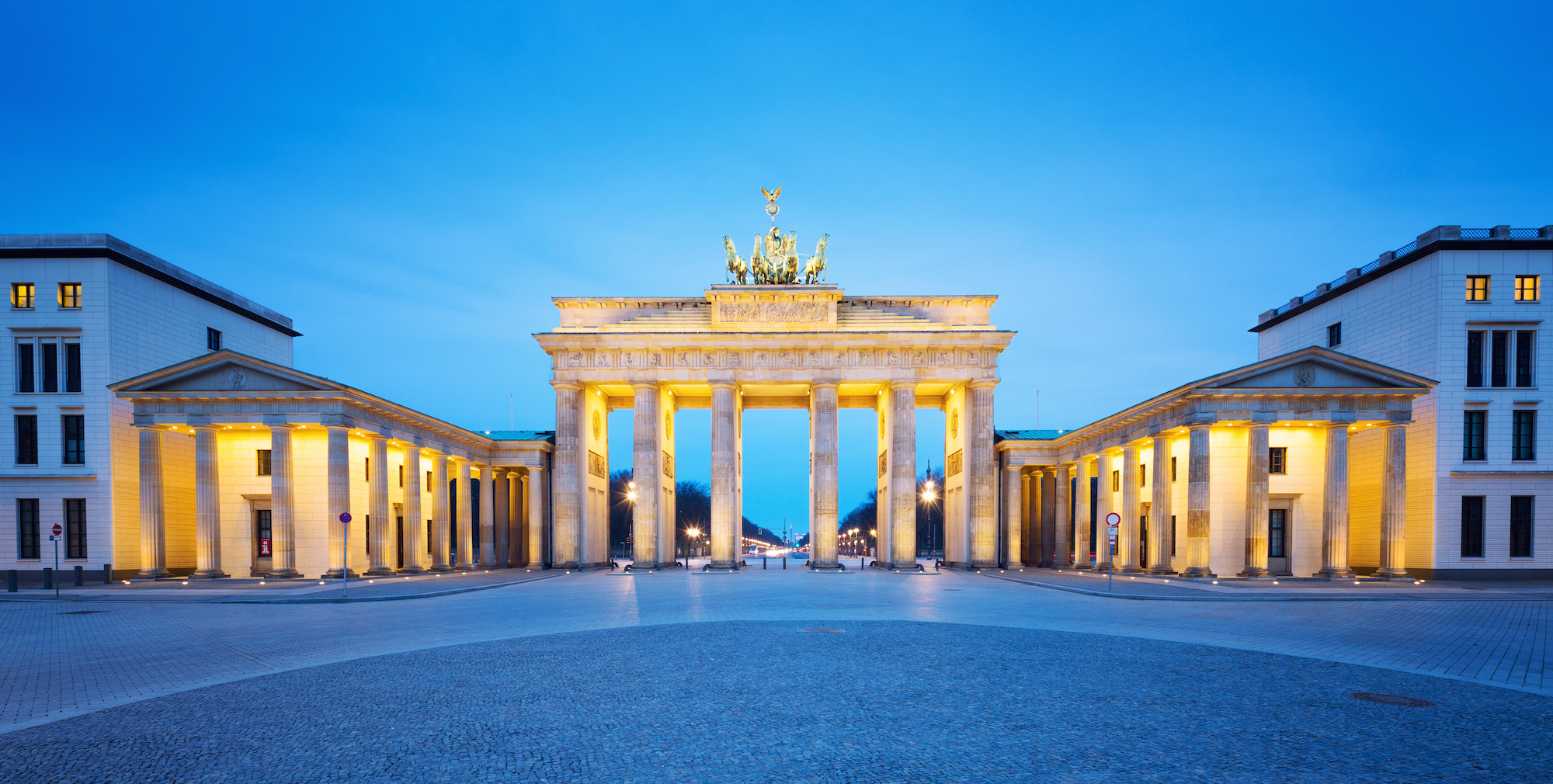 The Islands and Architecture of Stockholm

Stockholm is a city that will take your breath away – a hive of activity, spread across 14 islands which are linked by bridges. Needless to say, it's home to some of Europe’s most stunning architecture. Head to the Old Town, Gamla Stan, to take in the Storkrykran Cathedral – built in the 13th Century this ancient and beautiful building is home to unique treasures, and was the place of the Royal Wedding of Prince Daniel and Princess Victoria in 2010. Continuing with the Royal theme, visit the Kungliga Slottet Royal Palace – this Baroque-style palace is the residence of the royal family of Sweden, and this impressive building must really be seen to be believed! 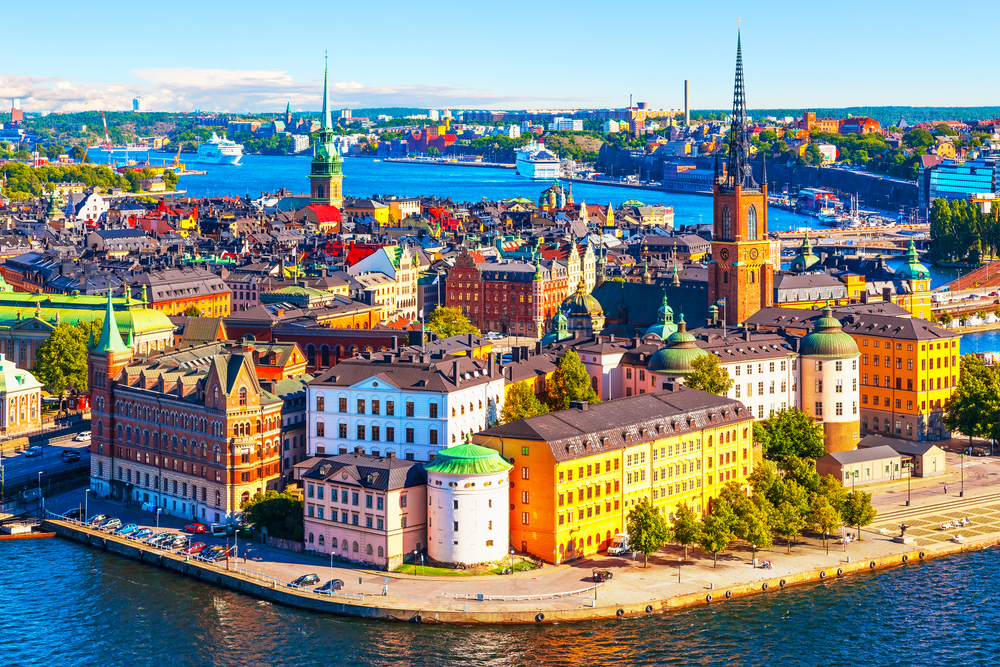 The Natural Beauty of Helsinki

Like Sweden, Helsinki is made up of islands – the city itself is easily explored on foot or by bicycle, and it has many vibrant shops and bars to explore! Its many islands are only a short boat ride away for a slower pace of life. To explore the incredible lakes and forests of Finland, take a short bus trip from Helsinki to Nuuksio National Park where you will find the breathtaking natural beauty of this amazing country. 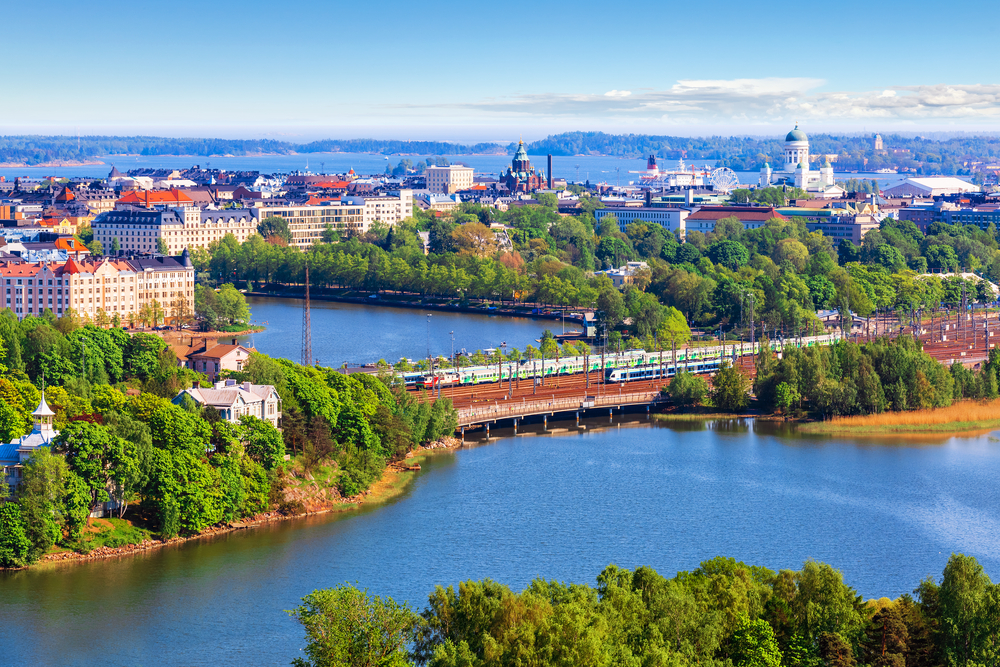 Take in the Scenery by Bicycle – Amsterdam

There is so much to explore in this friendly city, famous for its tulips, and exploring it by bicycle is the best way to see it all. There are plenty of bike paths all around the city. Take in the 17th century buildings, stop for a coffee in one of the many cafes, or visit one of the fascinating museums Amsterdam has to offer. The Van Gogh Museum, the Stedelijk Modern Art Museum, and the Anne Frank Museum are just a few to see – for something a little different, visit the handbag museum, or even the museum of cats!

Take a Walk Through History in Riga

The capital of Latvia is a city not to be missed – relics of its troubled past lie all throughout this amazing city, which has risen above its tumultuous history to become the European capital of culture in 2014. A stroll along Freedom Boulevard (Brivibas Bulvaris) is a symbol of how much the country has evolved to become what it is now. The Boulevard's previous names – Hitler and Lenin – are a sign of how the country has struggled under the invasions of the past, and a testament to the spirit of the city's people. 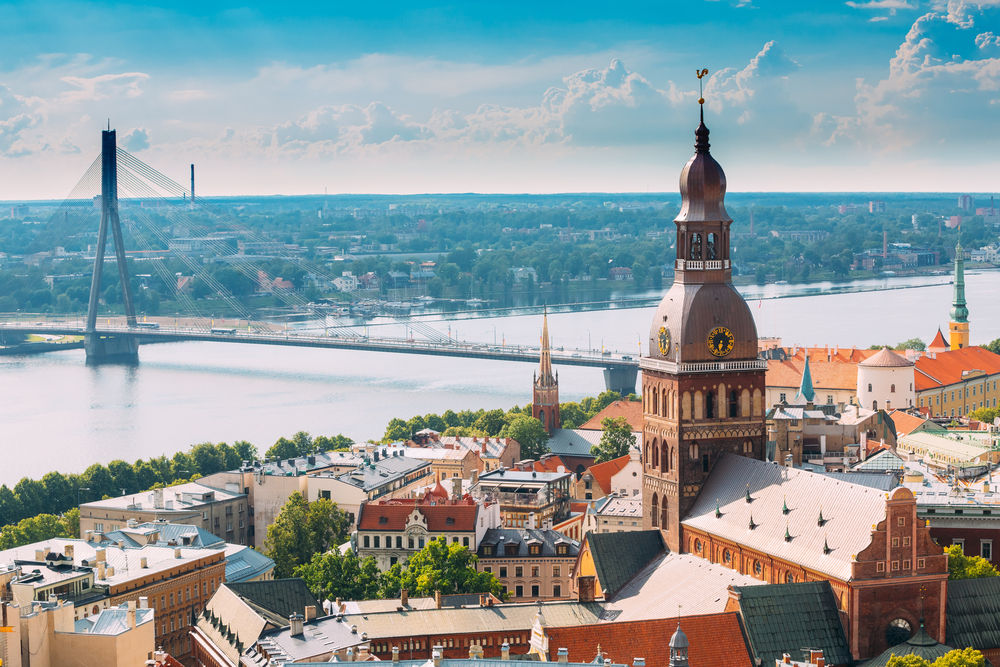 The Beaches of Skagen – Denmark

Denmark is more famous for Hans Christian Anderson than beaches – but it makes sense that the home of the Little Mermaid is also home to some of the best shores in Europe. 60 kilometers of inviting white sand surround Skagen; head to the Kattegat coast for shallow waters perfect for all the family to relax in. You will see why, for centuries, the beautiful scenery and light have been attracting artists from far and wide.

Visit the Fascinating Sculptures of Klaipeda

Klaipeda is Lithuania’s oldest city – and the home of many fascinating sculptures. Head to the old town to visit ‘the cat with the face of a gentleman’ – the granite sculpture was stolen twice, but was returned to its place in 2006. It is said to have secret magical powers! Head towards the castle to see the ghostly sculpture of the Juodasis Vaiduoklis – the Black Ghost. For more sculpture hunting, head over to the Sculpture Park – hundreds of intriguing sculptures to see in beautiful parkland! 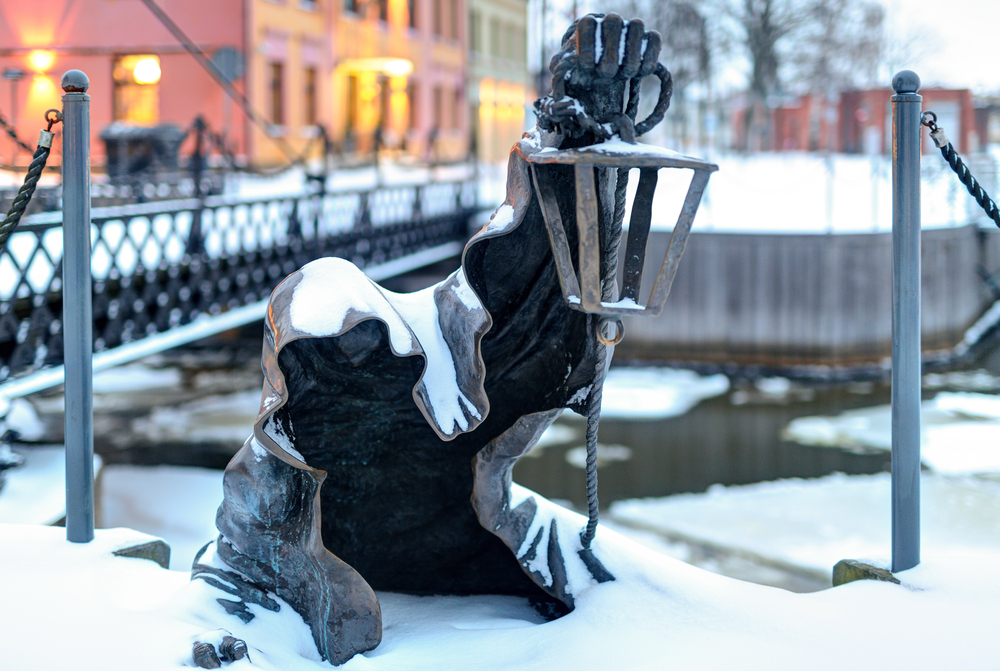 Get Lost in Thousands of Years of History in Gdansk

The city of Gdansk on the North Coast of Poland is a unique and memorable place to visit. Thousands of years of history come together to make up this amazing city, the city that began the Second World War. Visit Trojmiasto – the Tricity to experience the best that Gdansk has to offer. It's steeped in culture and history, and art lovers will be fascinated by the treasures housed in the National Museum. For a taste of Gdansk’s unique maritime heritage head to the National Maritime Museum. 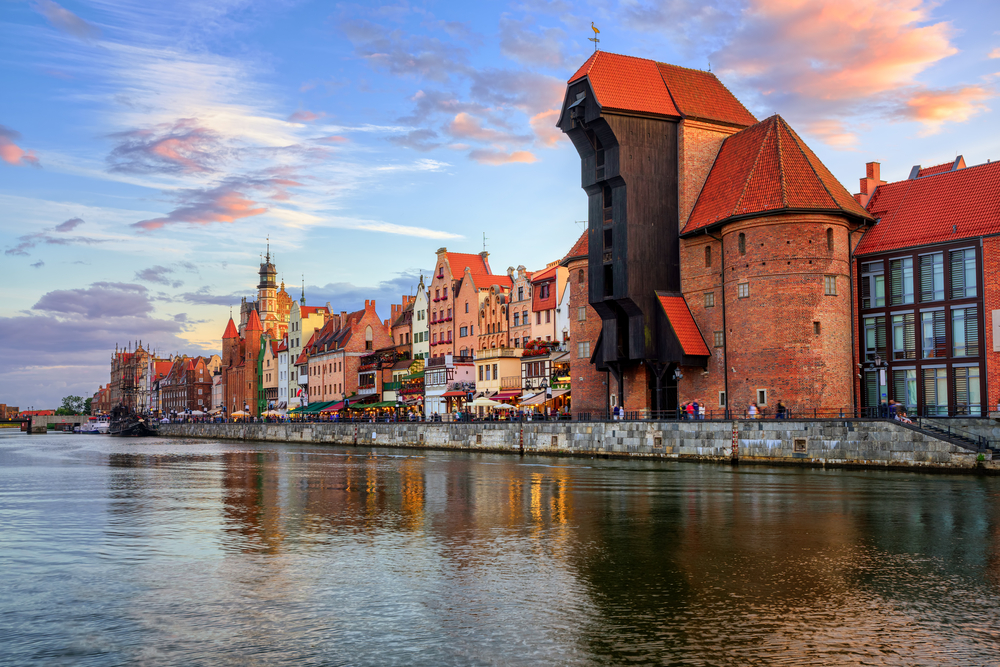 The Vikings of Oslo

A trip to Oslo wouldn’t be complete without a visit to the Viking Ship Museum to investigate the notorious civilization that ruled this part of the world during the first century. Explore the fascinating remains and history of a race that left a huge mark on the world as we know it, in the land from which they first originated. This modern and ever changing city will have you captivated, and you can even take a ferry to see the stunning scenery of the fjords of Oslo. 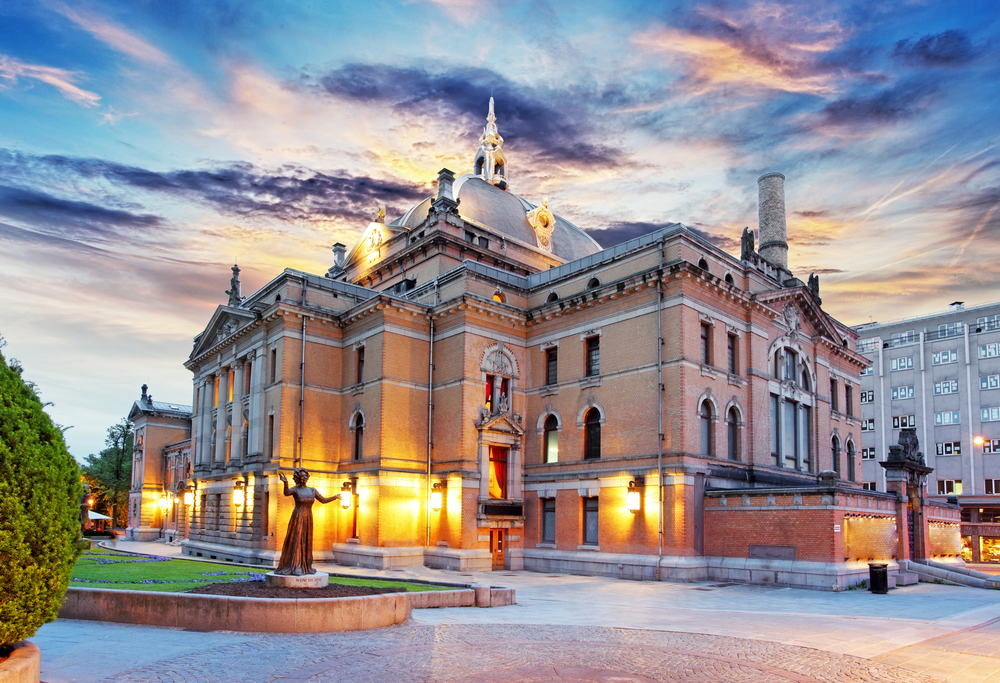 Visit the Happiest City in the World – Copenhagen

It is obvious why the capital of Denmark is ranked the happiest city in the world! It’s pretty cobbled streets bursting with color are great fun to explore – find a cozy café to sit and watch the world go by, or take in some of the many craft studios that line the streets. It is not hard to soak up the happiness here!

Sweden’s second biggest city is a must stop destination for food lovers. The street food is well worth trying out – head to Strömmingsluckan to try out some amazing treats. They specialise in fried herring and it is a very popular choice with locals and tourists alike. For a taste of the more exotic, Camaleon is bursting with the flavour of South America and they also cater for lactose intolerant and gluten free, as well as vegetarian and vegan dishes. Then amble along the blissful historic canals to burn off some of those calories! 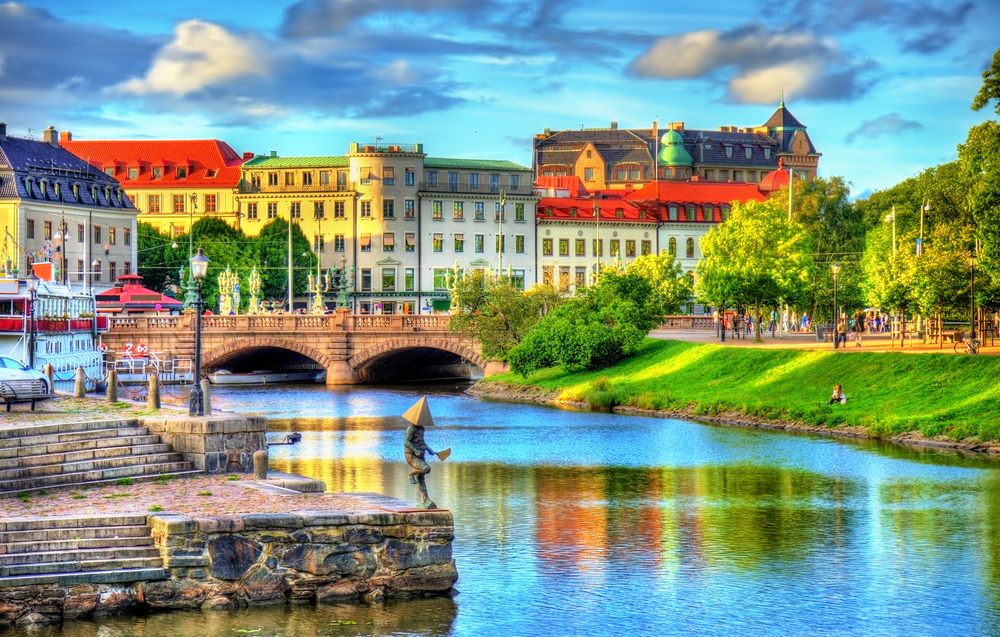 Situated on the south coast of Norway, this is a real holiday city, bustling in the summer with Norwegians heading to the beach. Stroll around the marina and wander along the beach then head into town for a spot of shopping. It has plenty of shops and you after all of that walking, there are loads of places to stop for a refreshing coffee! 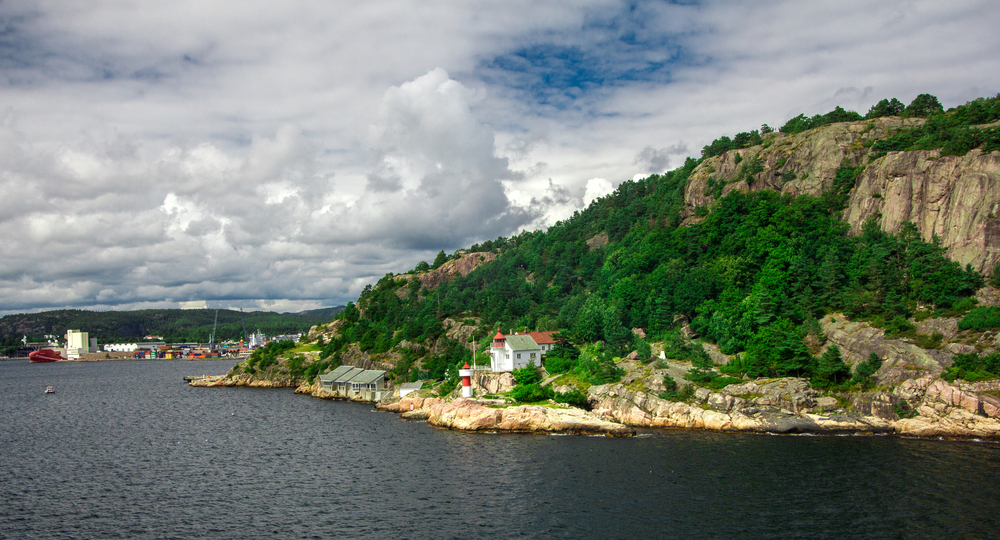 One of the most appealing reasons for choosing to go on a cruise to experience the incredible views of across the sea. In the evening amazing sun sets as you approach a new country and at night if your lucky you can experience the northern lights at sea! Cameras at the ready... 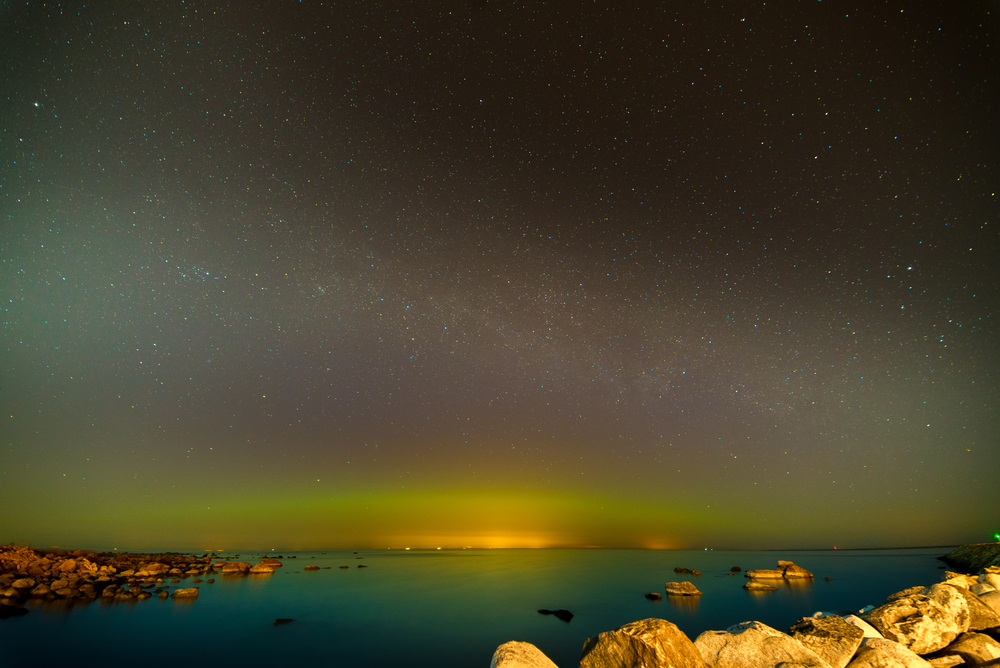