Family Fun: Nocturnal Trips To Treat Your Kids To

If you're traveling with your children, you might be tempted to put them to bed early so they can hit the sights first thing in the morning--but you might want to carve out time for a late-night adventure or two. Staying up past bedtime is a thrill in itself for children, and throwing in an amazing family activity will make it all the sweeter.

Take In the Northern Lights

There's no nocturnal adventure to rival the beauty of the Northern Lights. However, they do involve waiting outside very late at night in bitterly cold weather, so you need to plan your trip to Alaska, Finland or Iceland so that your children don't feel as though you're dragging them out to freeze for no reason. Try going to bed early at a hotel close to where the Lights typically appear, then waking your children up in the middle of the night to see them (check the best viewing time so you don't wake them too early or too late). You might want a hotel like Alaska's Chena Hot Springs Resort, which calls your room when the Lights appear, or Finland's Kakslauttanen Resort, where you can watch the lights through the glass roof of your igloo. 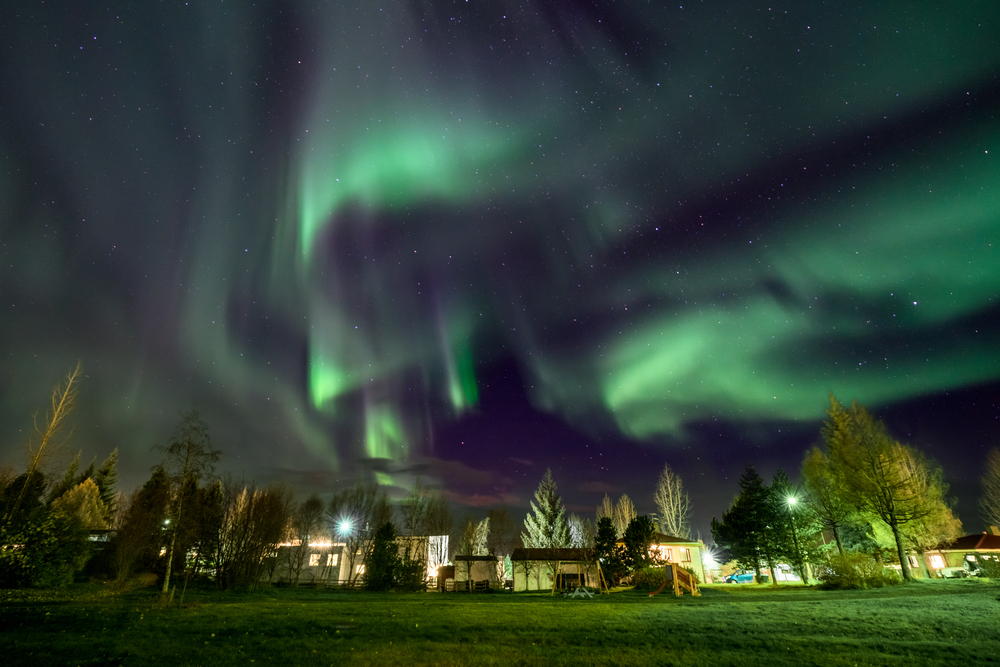 If you like the idea of natural beauty but not the unpredictability and cold of the Northern Lights, try one of the amazing stargazing locations the world has to offer. If you want the best quality of stargazing, try a remote location like Tenerife on the Canary Islands, which offers the best stargazing in Europe, or the Aoraki Mackenzie International Dark Sky Reserve in New Zealand, which lets your family see Southern Hemisphere sights like Magellanic clouds. If you're not journeying near those locations, look for the dark sky place that's closest to your next vacation destination.

If your children aren't prone to sensory overload and want the mature, exciting feeling of socializing at night, there's no adventure to top a night market. The Summer Night Market in British Columbia lets your kids enjoy a more familiar atmosphere with exciting music and unusual food. If they'd prefer something more out of the ordinary, the Marrakech Night Market in Morocco has snake charmers and Gnawa drummers, and Asiatique in Bangkok has nightly shows and a Ferris wheel. 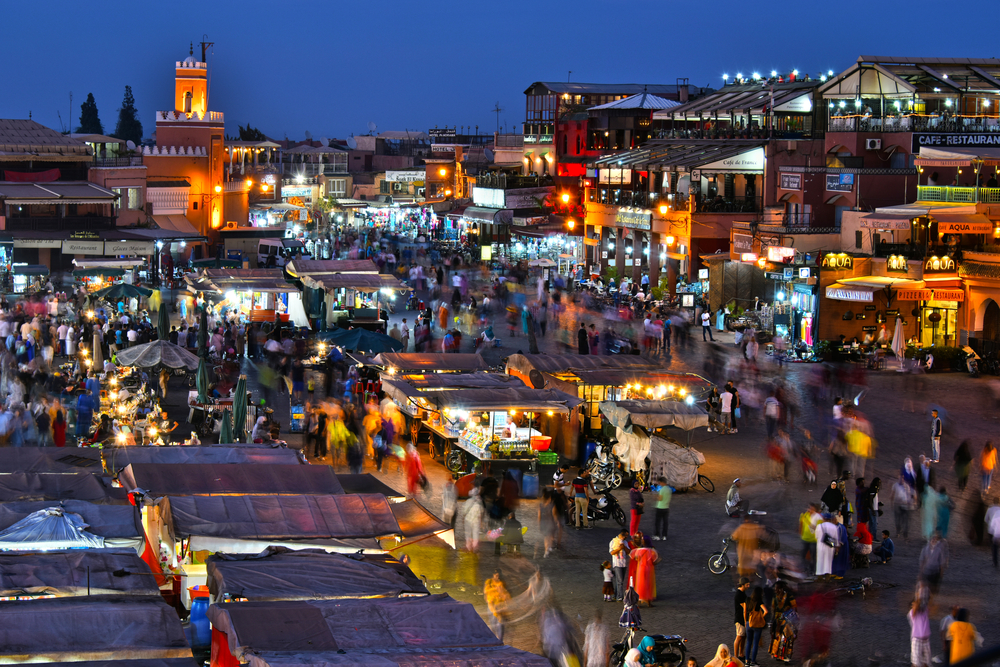 Plan a Sleepover at a Museum...

Are your kids "Night at the Museum fans? Try spending the night at the American Museum of Natural History, the site where the movie actually took place. The overnight visit allows your children a flashlight tour of fossils and a live-animal encounter. The AMNH isn't the only one to offer sleepovers, however; your kids can spend the night pursuing a top-secret mission at the International Spy Museum in Washington, DC, or enjoy a "laser quest" at the Portsmouth Historic Dockyard in England. 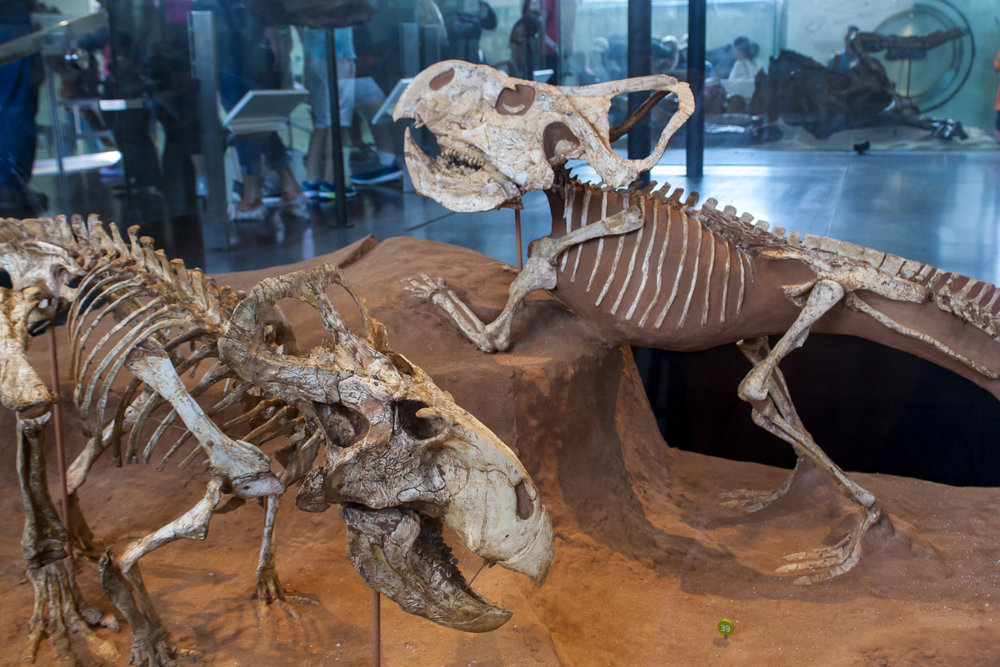 If your kids like live animals better than fossils, never fear--zoos and aquariums offer sleepover experiences, too. The National Aquarium in Baltimore offers dolphin- and shark-themed sleepovers as well as a general tour. Children can look in behind-the-scenes areas of the aquarium and sleep next to an underwater viewing area as sharks and fish glide by. On the West Coast, the San Diego Zoo's Safari Park has a Roar and Snore program that offers a campfire adventure, an after-hours look at the animals, and a tent overlooking the African Plains. 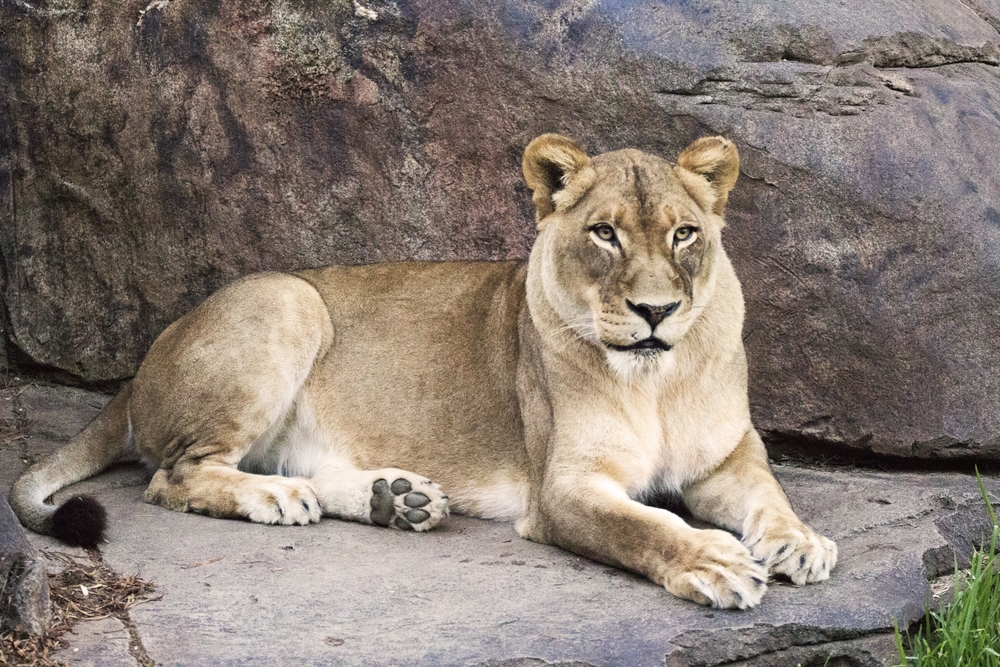 Go On a Night Safari

If your children are animal lovers and truly want an up close and personal experience, however, nothing can top a night safari. The Singapore Night Safari allows your family to wander through an open-air zoo, taking in the eerie sight of over 100 species of animal illuminated by light that resembles moonlight. The natural-looking enclosures, such as river-like moats and invisible cattle grids, are designed to make your family feel as though you're walking through the savanna at night. Other night safaris include the Chiang Mai Night Safari in Thailand and the Starlight Safari at Disney's Animal Kingdom. 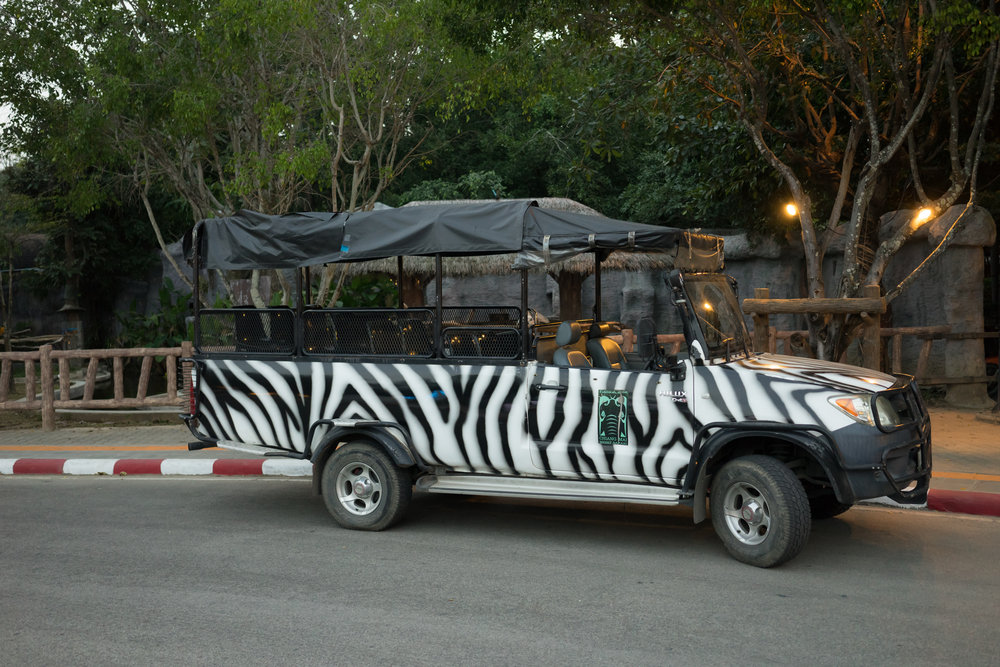 Although some kids hate being spooked, others can't get enough of that shivery feeling that comes with a good ghost story. Ghost City Tours offers family-friendly ghost tours in Savannah, New Orleans, Chattanooga, and San Antonio, so you can let your children have some spooky fun without telling them to cover their ears while the tour guide talks about brothels. Gettysburg Ghost Tours also boasts about the family-friendly quality of its program, and Walk of the Dead in Sacramento is an all-ages alternative to its adult-themed Shock of the Dead tour. Most other cities have ghost tours as well, but they might only be suitable for your older children. 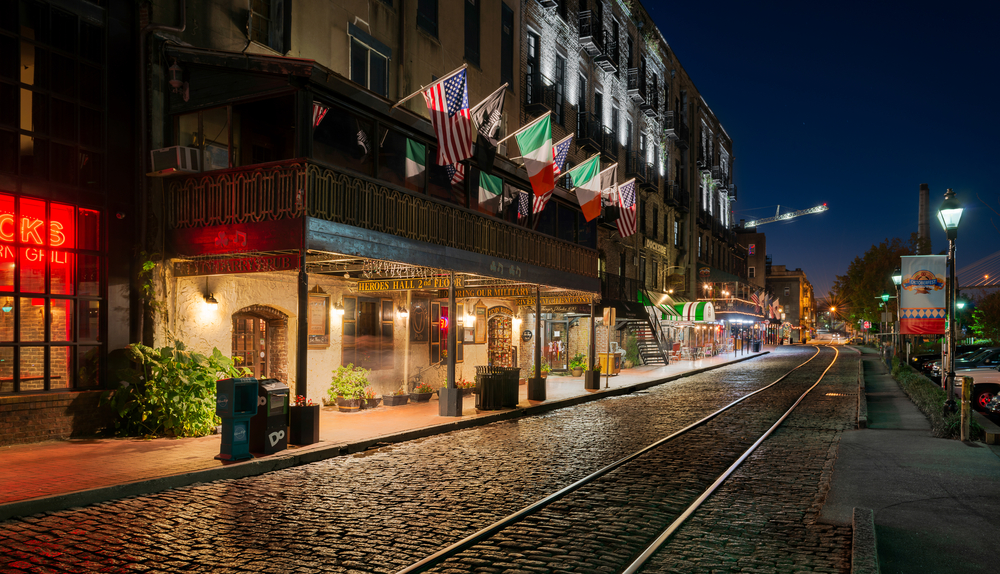 Go For a Full Moon Hike

Nature walks and hikes can seem even more magical at night, with the landscape bathed in moonlight and the nocturnal animals coming out to explore. Several different national parks offer full moon hikes, including the mountainous Bryce Canyon in Utah, the National Arboretum in Washington, DC, and Yosemite National Park. If you want to travel outside the United States for your family's hiking experience, try wowing them with Hachijo-Jima Island in Japan, where the paths are lined with glowing fungi, or Mosquito Bay in Puerto Rico, where bioluminiscent plankton make the water shine with an eerie, ethereal light. 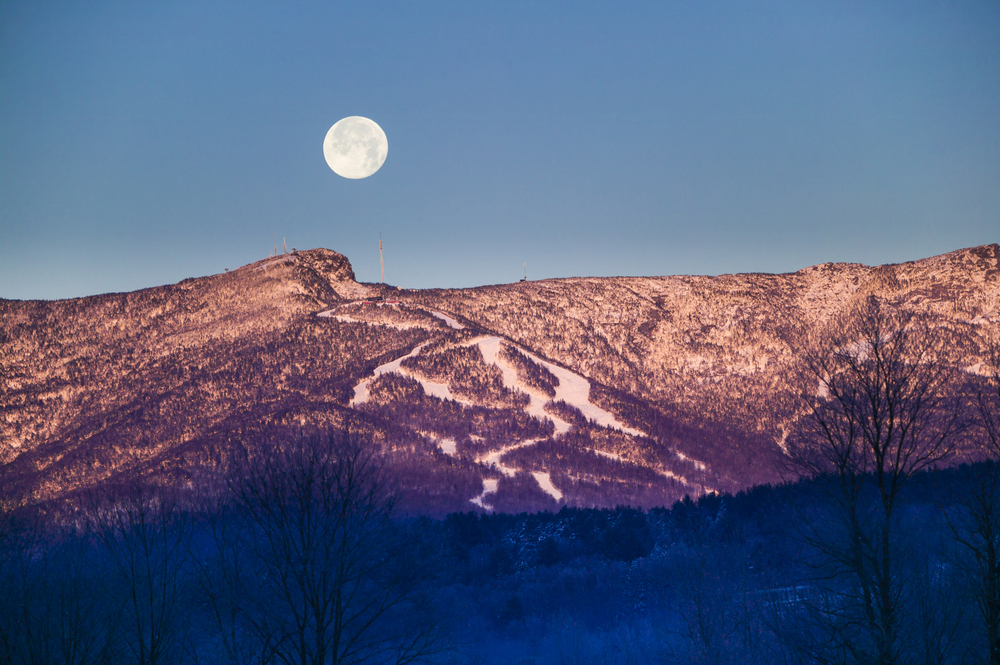 If you can never get your children off the roller coasters at the amusement park, a moonlight zip line ride may be the best thrill of their lives. Moonlight zip lines allow your family an exhilarating flight close to the moon and stars. The darkness makes the zip line seem even faster at night than it does during the day. Although moonlight zip lining is popular in tourist destinations like Orlando and Hawaii, there are locations as varied as Virginia, Ohio, North Carolina and New Mexico. 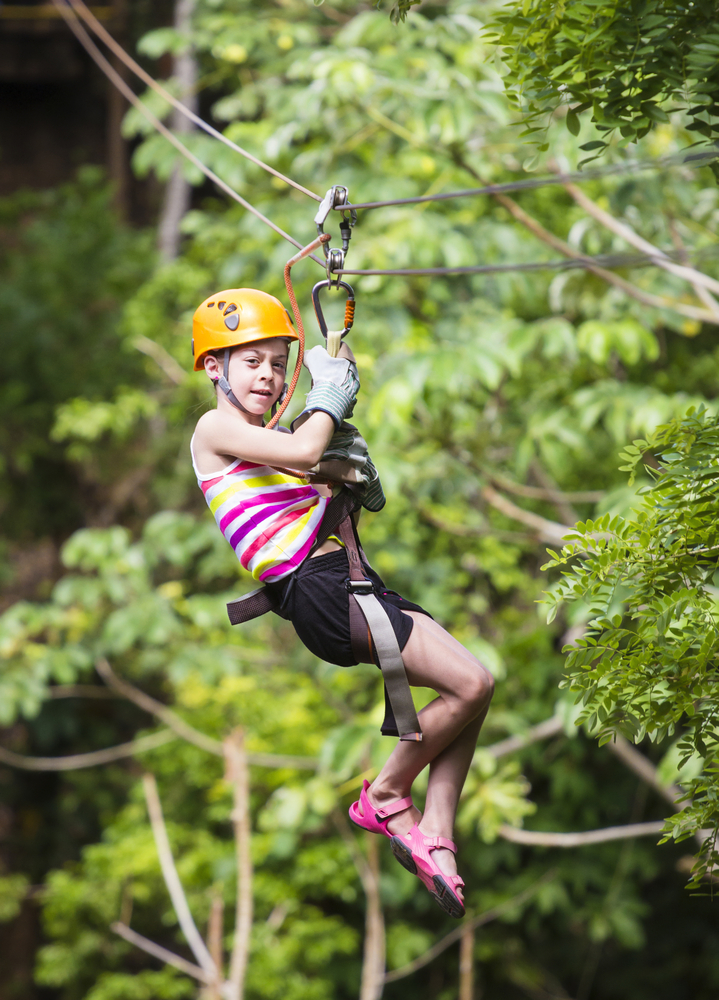 If you're taking a trip somewhere in your own continent, or if you're going to multiple countries or cities during your trip, why not turn the journey into part of the adventure and travel by sleeper train? Kids love the adventure of traveling by train and of spending the night in a hotel room, and sleeping in a bed on the train itself will make them feel like some kind of exotic explorer. Amtrak and VIA Rail have sleeper trains if you're traveling across America or Canada, respectively. Caledonian Sleeper offers service between London and Scotland, and China, Australia, and several continental European countries have sleeper trains as well. 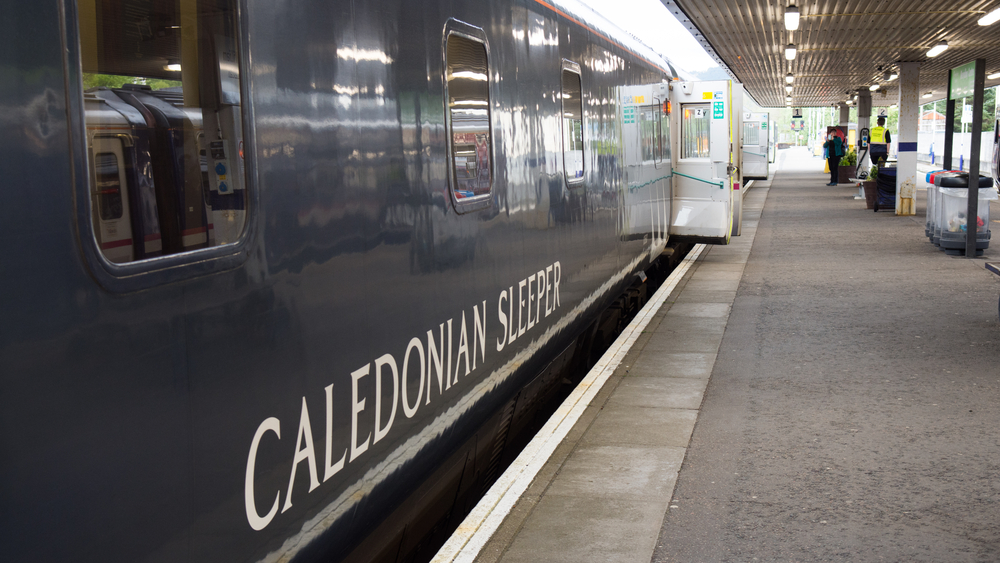 Comment on Family Fun: Nocturnal Trips To Treat Your Kids To