Must See and Do's in Nice

Cradled between fragrant lavender fields and the Mediterranean Sea, Nice is a cul de sac of artistic inspiration, palm-lined promenades, and sun-bleached boutiques. The city has a history that stretches back to ancient Greece and a personality steeped in haute couture, so you’ll find everything from Roman ruins to Pop Art, with some of the region’s most profound masterpieces tucked into the galleries that dot the city. But it’s not all pomp and privilege: unlimited sunshine, glistening blue water, and fresh yet simple Mediterranean cuisine balance the aristocratic slant with an honest (and affordable) joie de vivre that’s difficult to resist.

Nice has a handful of noteworthy museums, especially when it comes to the French modern masters. The Chagall museum hosts the world’s largest collection of Marc Chagall’s work, including the famous 17 canvases that comprise his Biblical Message. Chagall was a versatile and curious artist, exploring a variety of mediums and sensational use of color – whether or not you know his work before your visit, you’ll surely leave the museum with a profound respect for his imaginative painting. 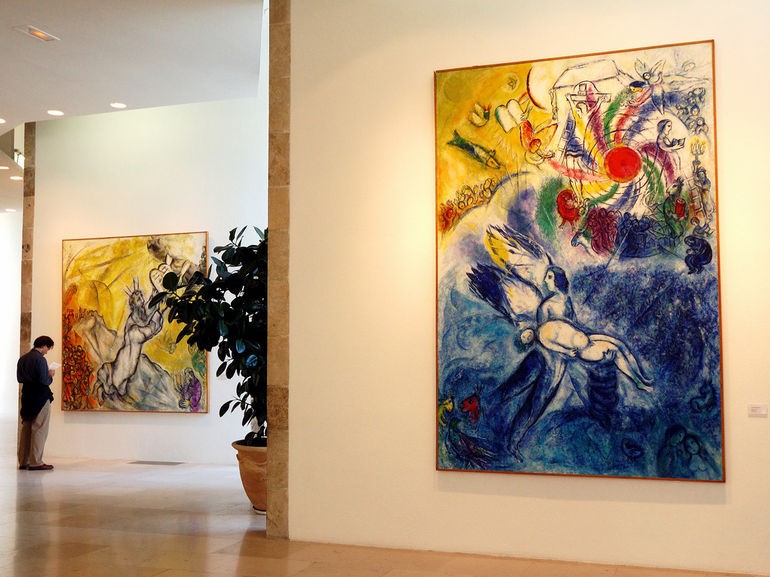 The French are known for their exceptional markets, and Nice’s flower market is a perfect example of why they’re so celebrated: open every day from the early morning hours, a bright and idyllic scene of blossoms spilling out over the stands. Airy and fragrant, the market is a pleasure to walk through, even if you’re not looking to buy a bouquet; plants lovers can take the opportunity to chat with the gardeners, florists, and horticulturalists on site for valuable tips and advice. 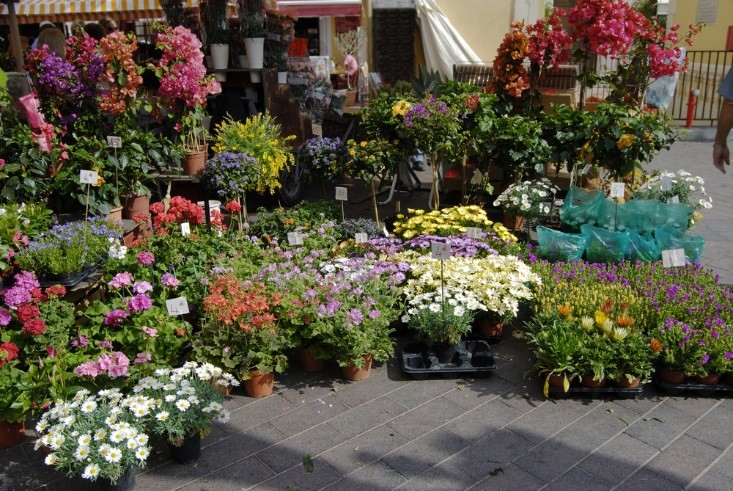 Nestled into the hills overlooking the town, the Cimiez district is a historical and fashionable pocket that’s well worth the detour. At the top of the hill, you’ll find Notre-Dame-de-Cimiez, a charming old monastery, and further down the slope sit an impressive collection of Roman ruins – you’ll see the remains of the baths and the once-great amphitheatre. At the foot of the hill, check out the excavated artifacts at the archaeological museum, and finish up with a visit to the Musée Chagall. 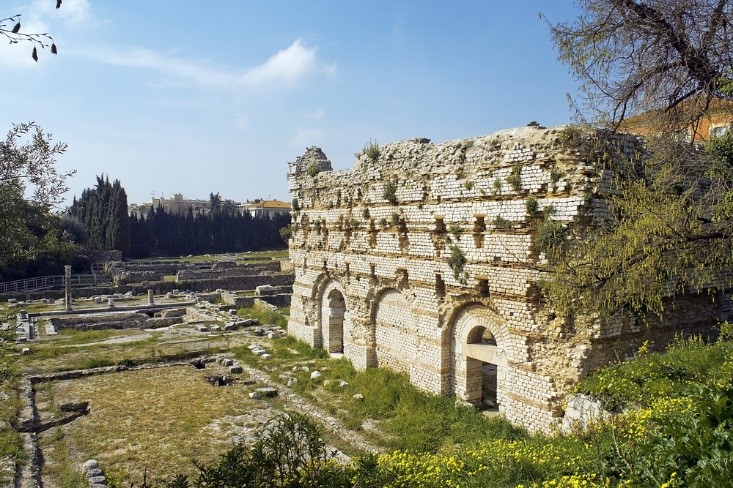 Once an aristocratic residence, the Palais Lascaris in the Old Town is much more than meets the eye. A stucco façade on a tight cobbled street hides an opulent interior, with delicately carved woodwork, Flemish tapestries, arched ceilings, and gilded finishes. It’s a busy scene, even a bit overwhelming in its detail, but once you get your footing, it’s easier to appreciate all the fine touches. The piece de résistance is the reconstruction of an 18th century apothecary’s store – cupboards, tinctures, and all. 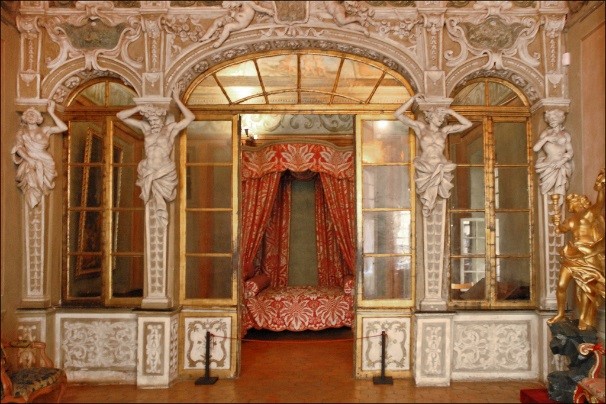 A splash of the ultra-modern in a cluster of late-Renaissance architecture, you can’t miss the MAMAC: four marbled-faced towers are linked by glass passageways, a set of gleaming semi-circles fronted by modern sculpture installations. There’s lots of neo-Realism and Pop Art within its 10 showrooms, including some big works by big names like Yves Klein, Andy Warhol, and Jean Tinguely. A visit to this museum is an excellent window into the modern artistic contributions of the region – a refreshing departure from the medieval, Renaissance, and impressionist galleries that take top billing in most guide books. 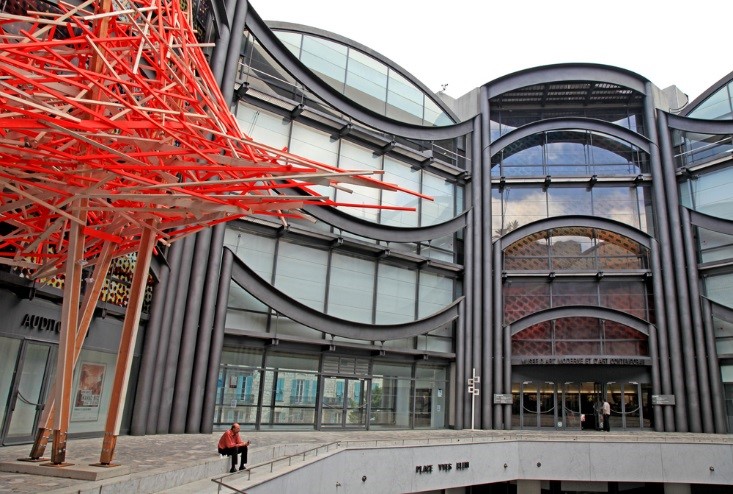 You probably wouldn’t expect to run across an elaborate Russian cathedral on the Côte d’Azure, but this early 20th century specimen is nearly as impressive as any within Russia’s borders. Built as a memorial to Tsarevich of Russia, Nicholas Alexandrovich, the Orthodox Cathedral is the largest of its kind in Western Europe (indeed, the largest outside of Russia), finished with noble touches fit for a king: the imposing pink and grey marble exterior is covered in mosaics, and within the building you’ll find a wealth of icons, historical artifacts, and rich woodwork. 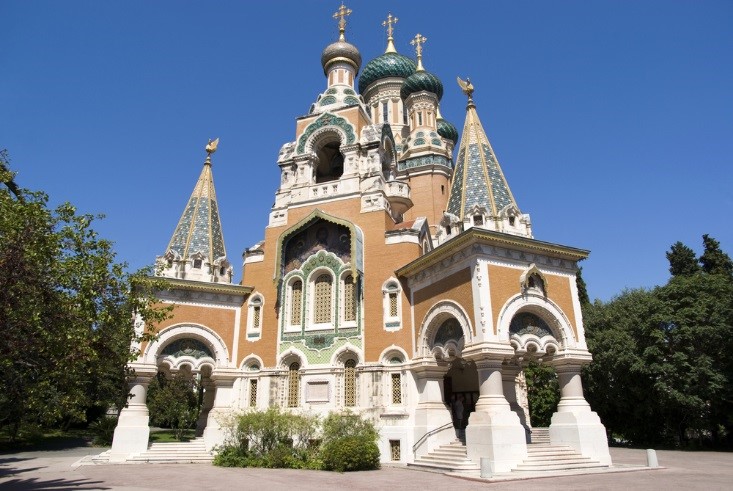 Like many French cities, Nice’s Old Town is a charming collection of medieval streets and architecture, but it’s a lot livelier than you’d expect. The café culture is strong and welcoming – grab a table at a bistro in the buzzing Cours Saleya or one of the quiet little squares for a sip of Pastis or a coffee while you soak in the passing sights. There’s a good deal of pedestrian passages leading up to the Place Garibaldi, lined with sunny facades and offering plenty of shade and ventilation. Be sure to sample the range of treats on offer, from the decidedly French pastries to the Mediterranean fare like socca (savory pancake made with chickpea flour) and ice cream in the Italian tradition. 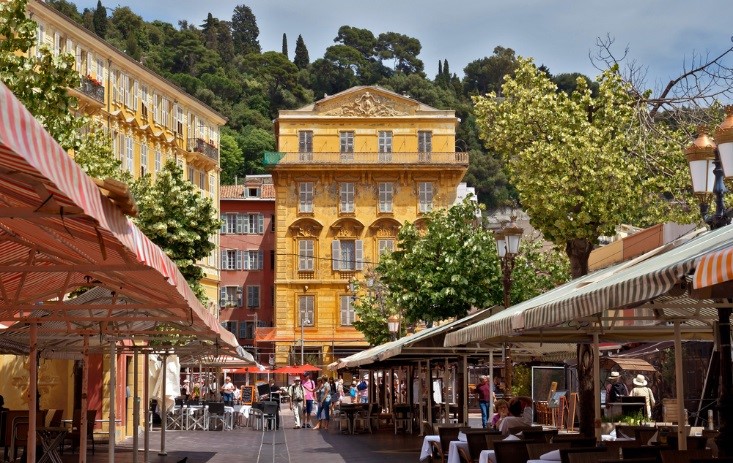 For a peek into the golden era of the city, don’t miss the Palais Masséna. The small museum is packed with artifacts and information tracing Nice’s past from 1800 to the 1930s, when Russian and English aristocrats descended on the streets, the artistic circle set down roots, and the city enjoyed a harmony of creativity and affluence that defined the Belle Epoque. Photos, furnishings, objects – including Napolean’s death mask – outfit the rooms of the large villa, while the exterior will remind you of the heavy Italian influence that formed modern Nice. 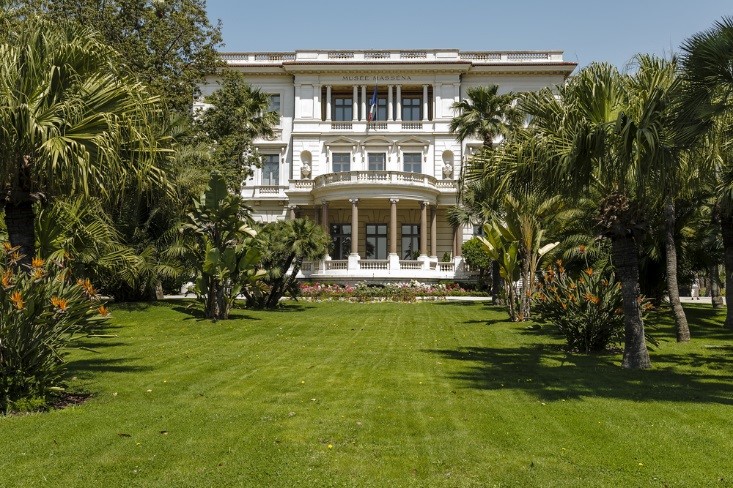 Nice is a seaside city, and though it lacks the sleepy beaches of other Mediterranean locales, the rocky stretch of busy shoreline is somehow the perfect accessory for such a cosmopolitan demeanor. Take some time to shuffle over the pebbles to the end, where you can scramble up to Castle Hill, or pause on the promenade to admire the bright blue sea.