Surreal Places You Won’t Believe Exist in the U.S

There are some wonderfully unusual places on earth, especially where different terrain meets up, and North America has some of the most varied terrain out there. Although “surreal” is often equated with “exotic”, you’d be surprised at how many colorful, otherworldly, and downright bewildering sites there are in the United States. Here are 10 of Mother Earth’s most unusual concoctions from coast to coast.

Rainbow colored and alive with geothermic activity, the Fly Geyser might catch you by surprise. It’s not huge, but the motley mound in the middle of the desert looks like it may have been dropped from a spaceship. In reality, the geyser was formed accidentally when a well was being drilled in the 1960s, and since it’s constantly erupting, it keeps getting bigger as more dissolved minerals cling to the sides. 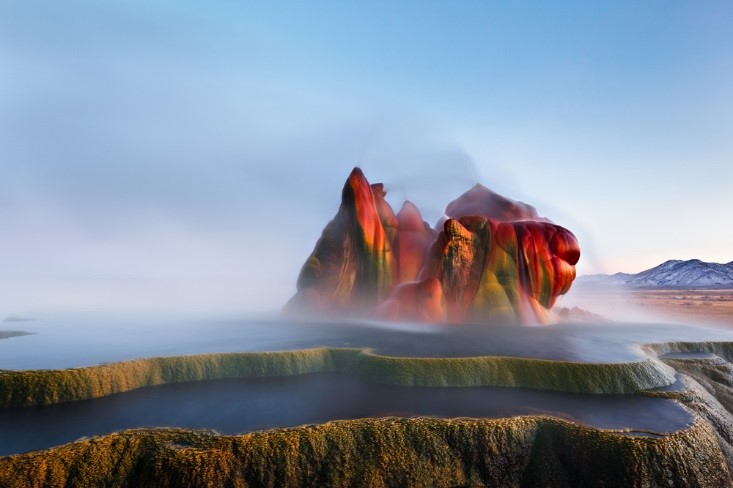 In the middle of an Alaskan glacier, narrow tunnels stretch over the rocky ground and under the immense body of ice from the Juneau Icefield to Mendenhall Lake. The caves are forming as the glacier melts, which means they continue to change, grow – and thin out – each year. As it passes through the frozen layer, the light casts a calming blue glow that makes for a very atmospheric hike. 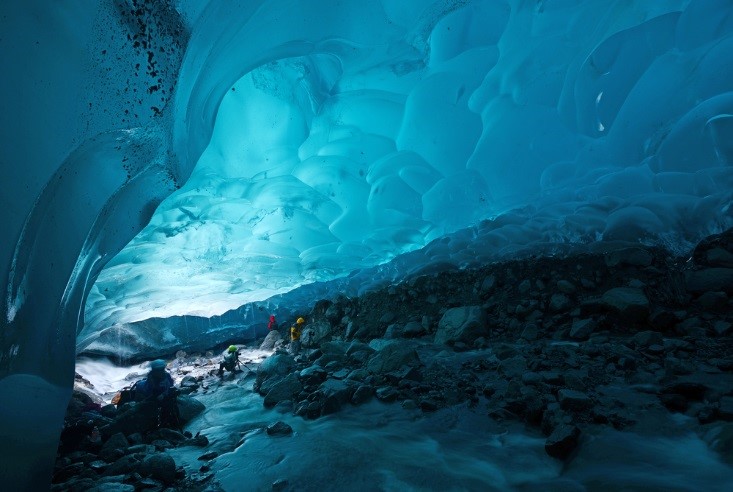 The beauty of Crater Lake is not lost on any of its visitors: the blue, blue water surrounded by steep cliffs and dotted with volcanic islands is at once a pleasing geometric site and a striking palette of color. The lake is cradled in the caldera of an ancient volcano, which explains the circular formation, and it is best enjoyed from several hundred feet above, at one of the viewing points along the twisting road that traces a path around the park.

The Waves is an undulating sandstone rock formation, striped and edged and curved in ways you had never dreamed possible. It’s a photographer’s dream – so many angles afford so many interesting views – but anybody who treks the trackless route will be delighted with the organic form that waits at the end. Tiny ledges crawl along the walls and the sloping ground keeps things interesting as you hike through. Perhaps the best effect is at midday, when there are no shadows to break the varying lines; the scene is a test in perspective. 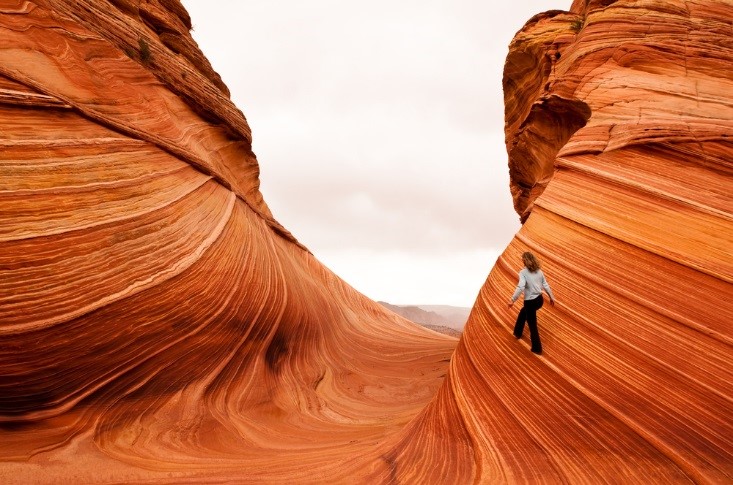 Carlsbad Cavern is one of the country’s most mesmerizing caves, with countless stalactites dripping from the ceiling and lumpy stalagmites rising from the floor. The natural limestone chamber is almost 4,000 feet long, and the sheer number of rocky formations is enough to earn it a place among the most elaborate in the world. Well-placed lights and minimal interference ensures an authentic, inspiring experience. 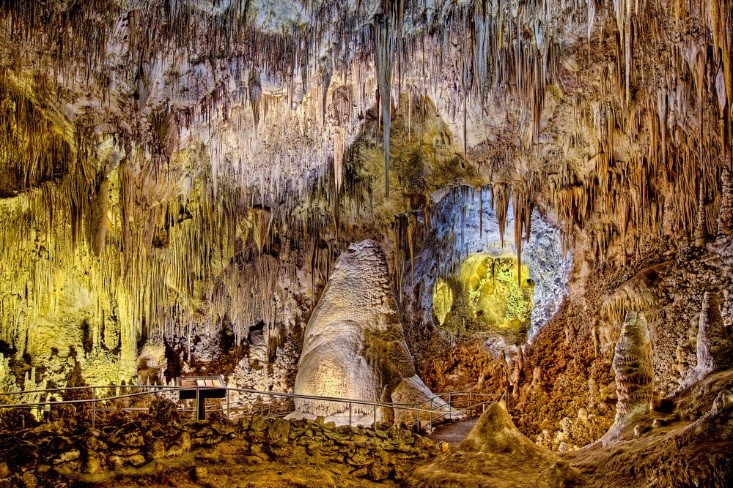 Northern California is home to some of the planet’s oldest redwoods, and you can walk through the groves of botanical giants for a truly humbling experience. This swatch of redwood forest is the largest remaining plot of coastal redwoods in the world, which makes it particularly significant; some of the trees are over 1,500 years old, and the tallest reaches 370 feet into the air. Take the scenic drive along Avenue of the Giants to get into the heart of the park. 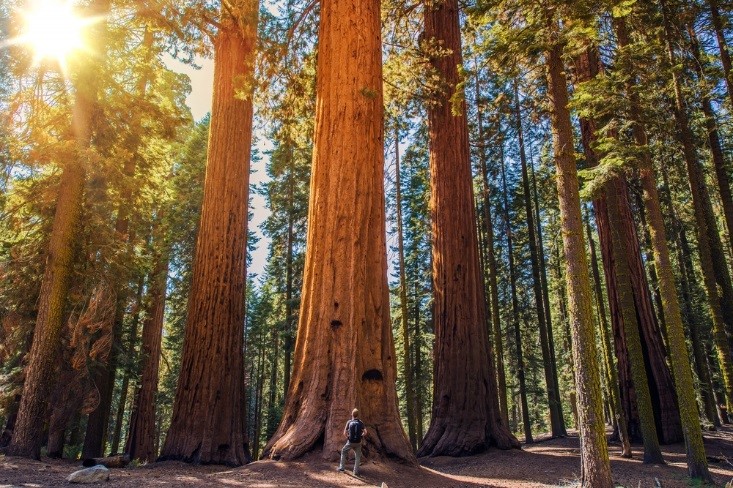 One of the most perfectly picturesque (if a bit claustrophobic) gullies in the region, the Oneonta Gorge is strung with trickling waterfalls, mossy sheer rock faces, and narrow passes that bring to mind a fairy tale kingdom. The way into the gorge is as unique as the formation itself: the river itself serves as the hiking path. In turn, you can only get into the rocky green narrows when the water level is low, and even then you should plan on getting wet! 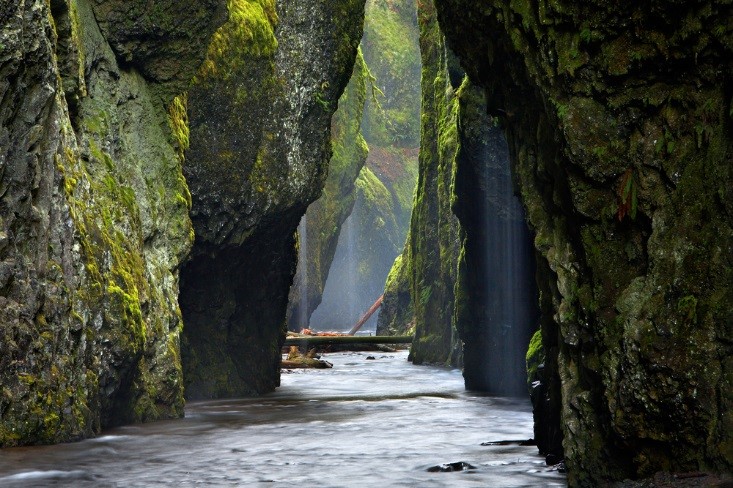 If Oneonta Gorge is out of a fairy tale, Thor’s Well is out of a sci-fi story. The strange, captivating site is a hole in the Pacific Ocean, pulling big waves in like a black hole. The effect is at its best during high tide, when more waves rush in, but visitors are reminded to keep their distance – the water is powerful, and if you were to fall in, the rocky well would be unforgiving. 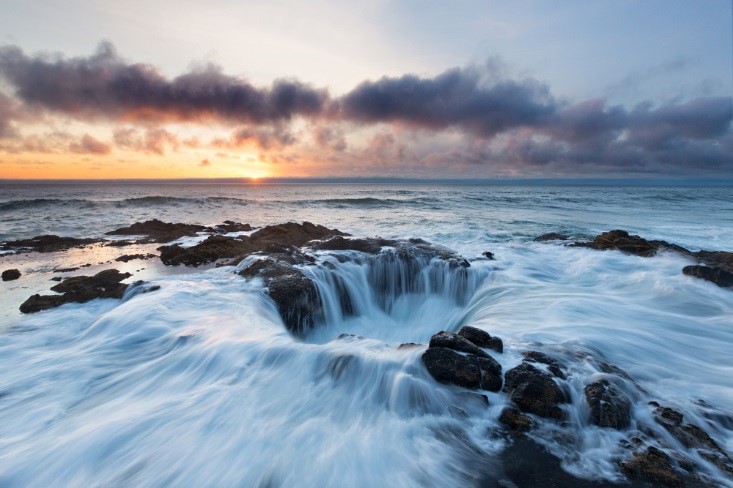 One of the world’s most active volcanoes, Kilauea is constantly dumping its fiery lava into the adjacent ocean. The hot red lines trace a path through the black rock, and the plumes of steam keep boats away from the shore. The best way to see the amazing show? Go to the park at night with a flashlight, where you can trek along the petrified black rock plains with a group of other visitors to see the lava stream lit up against the dark sky. 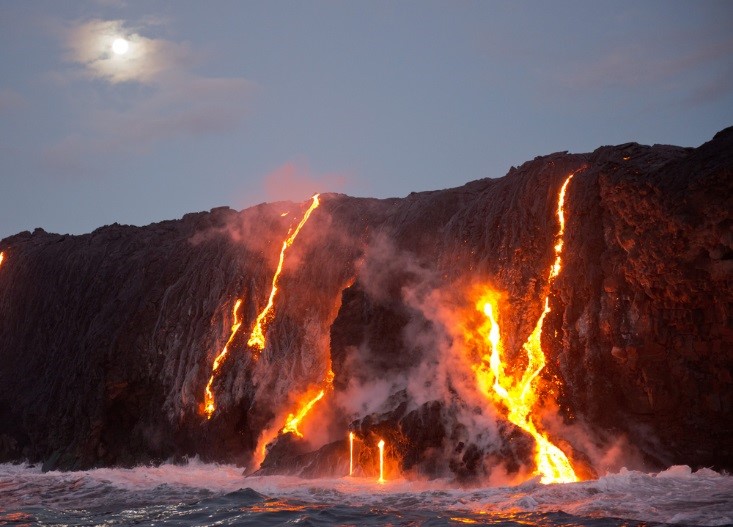 New York’s Finger Lakes Region abounds with natural beauty, but the incredible formations of Watkins Glen State Park may take the cake. The spectacular gorge carved out by the running water of the creek is one of the main attractions, with a circle of layered rock around the waterfall backed by lush forest for a perfect northern ambiance. Visit in the fall, when leaves pepper the ledges and pools with gold and orange. 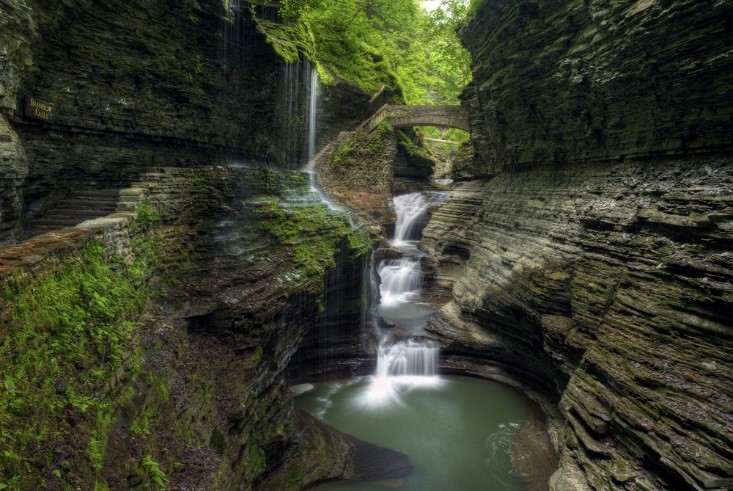 The country may be well-populated, but there are still some secrets in the hills and valleys waiting to be discovered. If you’re not up for a big summer holiday, venture into a nearby state or national park to see what you can find.

Comment on Surreal Places You Won’t Believe Exist in the U.S