The Most Scenic Train Journeys in the World

No matter where you fly from, when you’re high in the sky, above the clouds, the view is always the same. But if you take a train ride you have the opportunity to witness some wonderfully majestic sights and gain an insight into the culture of a country. Many of the world's most beautiful destinations offer scenic train journeys which traverse through dramatic landscapes of snow-capped mountains, lush forests and beautiful flowing rivers. Instead of just being a form of transportation, the journey becomes part of the experience. Here is a selection of the most scenic train journeys in the world.

Travel through some of the most beautiful scenery that Canada has to offer as you journey from Vancouver to Banff. This historic route famously connects the East and West of Canada and offers views which are bound to take your breath away. En route prepare to be mesmerized as you pass through the wonderful fields of Fraser Valley and the wild rushing waters of Hell’s Gate Canyon. Travel alongside the Thompson River before arriving in the historic lakeside city of Kamloops for an overnight stay. The following morning it’s time to get back onboard the Rocky Mountaineer. During the second day of the journey you’ll feel like you’ve gone back in time, as you see the site where the last spike of the Canadian Pacific Railway was driven in 1885. Then snap back to reality as the journey continues onwards and passes through the gorgeous snow-capped peaks of the rugged Canadian Rockies. Here is where you’ll experience the disorienting twisting and turning of the winding Spiral Tunnels, before arriving at the beautiful Banff National Park.

The Glacier Express is a relaxing train journey which takes in views of the majestic, awe-inspiring Swiss Alps. This day long trip connects two of the most scenic mountain resorts in Switzerland, Zermatt and St Moritz. During the seven hour journey you will be taken through a staggering 91 tunnels and across 291 bridges! But it's definitely worth it, as you will be rewarded with views of impressive rock formations, pristine mountain lakes, and stunning alpine meadows. There are many notable highlights throughout the journey including the Oberalp Pass, which is the highest point of the journey at 6706 feet! Afterwards is a descent along the Rhine Valley to Chur where you will witness the dramatic landscape of the Rhine gorge which is often referred to as the 'Swiss Grand Canyon'. Before arriving at St Moritz the train crosses the spectacular Landwasser Viaduct, an elaborate six-arched curved structure which leads to a tunnel that has been cut straight into the mountainside. The best views are on the right hand side of the train, so make sure you get a prime position. 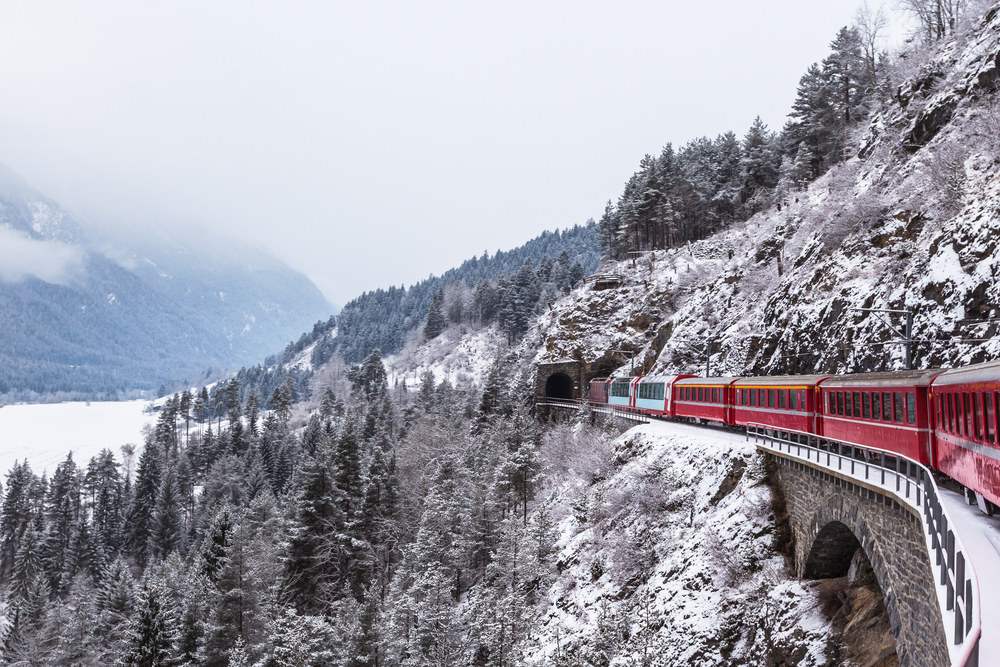 TranzAlpine From Christchurch to Greymouth

Get on board a TranzAlpine to experience some of New Zealand's most sensationally stunning scenery across the Southern Alps. Starting at Christchurch you’ll travel through the lush farmlands of the Canterbury Plains before travelling alongside the Waimakariri River which is full of picturesque gorges and valleys. As the train goes up the mountain you will experience several dramatic alpine viaducts including the spectacular Staircase Viaduct, which is 73 meters above the river. Once you’ve reached the dizzy heights of Arthur’s Pass there's the opportunity to marvel at the many magnificent snow capped mountains in the national park. Then prepare to be plunged into darkness as the train makes its way through the huge 5.3 mile long Otira Tunnel, which is one of the longest tunnels in New Zealand! When you finally reach daylight again, and the lush sub tropical rainforests of the West Coast come into view, it won't be long before you reach your destination, the historic riverside town of Greymouth. 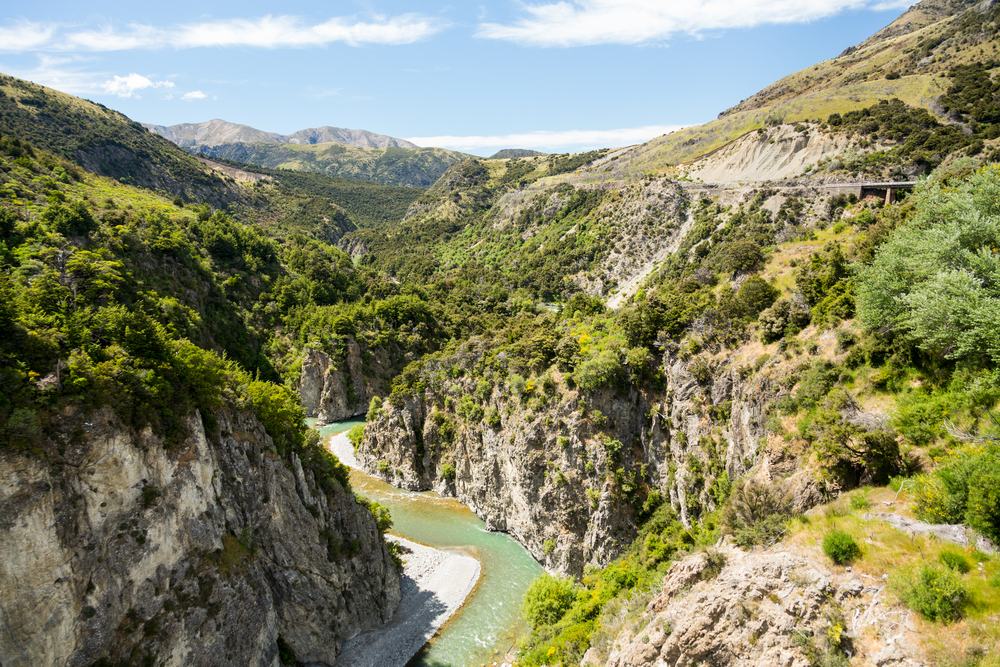 The West Highland Line offers one of the most scenic railway journeys in Britain, as it travels from Glasgow to Mallaig. Setting off from the spectacular city of Glasgow, you will soon find yourself surrounded by a vast landscape of steep sided lochs, verdant glens and huge mountains. After you pass through the Loch Lomond & The Trossachs National Park the train heads northward and passes through the remote wilderness of Rannoch Moor. For the next part of the journey, we hope you like heights, as you will be taken up to the UK’s highest altitude train station in Corrour. This remote station stands at 408 meters above sea level, but don't worry, it won't be long before you make your descent. If you're a Harry Potter fan, you might think the next part of the journey seems familiar. That's because the Glenfinnan Viaduct which the West Highland Line crosses, has also been crossed by the Hogwarts Express. Unfortunately you're not likely to see a flying car when you look outside the window, but the views are still magical. This is especially true when the train takes you past the picturesque Loch Eilt, before cruising past the sandy shores of Morar and finarriving in Mallaig. 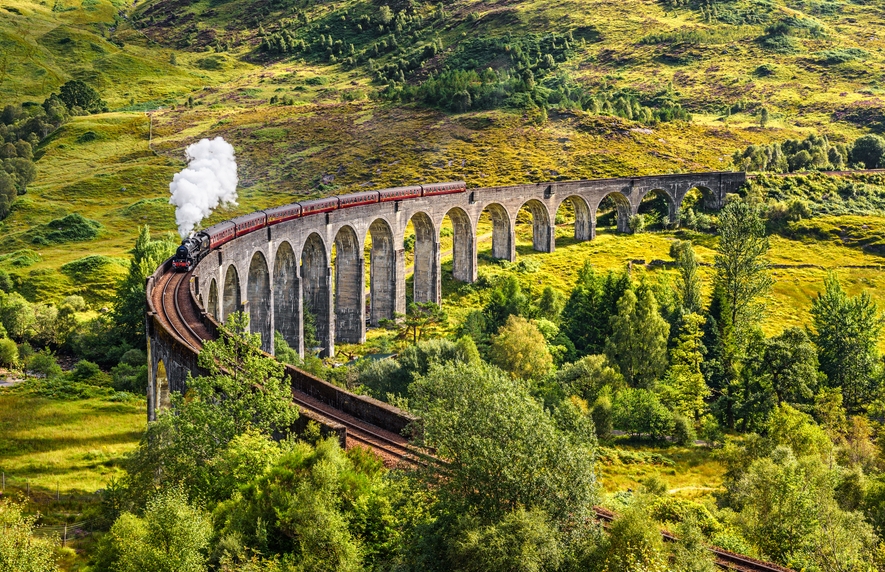 The Ghan from Darwin to Adelaide

The Ghan offers you the opportunity to experience the vastness of Australia’s stunning outback which provides some of the most breathtaking scenery in the world. Traveling coast to coast from Darwin to Adelaide, the train takes you through Australia’s awe-inspiring fiery red center. Setting off from Darwin you’ll be able to witness the dramatic change of scenery as you’re taken from the lush tropical coast of the Northern Territory to the red central desert which is home to Uluru Rock. As you travel thousands of kilometers across a railway line you will see plunging gorges, huge towering termite mounds, and many wild kangaroos. There’s excursions on the way including a stop off at Katherine which provides exceptional views of geographic wonders in their national parks. After you return to the train and have a sleep, make sure you’re up early enough to witness a glorious outback sunrise as it’s probably the best sunrise you will ever see in your lifetime. Then it’s onto the second excursion, which is a visit to the quirky desert town of Alice Springs. Near the end of the journey you will notice the landscape dramatically change from the rusty red tones of the desert to the lush beautiful bushlands and pastures of South Australia. Soon enough you will be pulling up at Adelaide and leaving the train with memories that will last a lifetime. 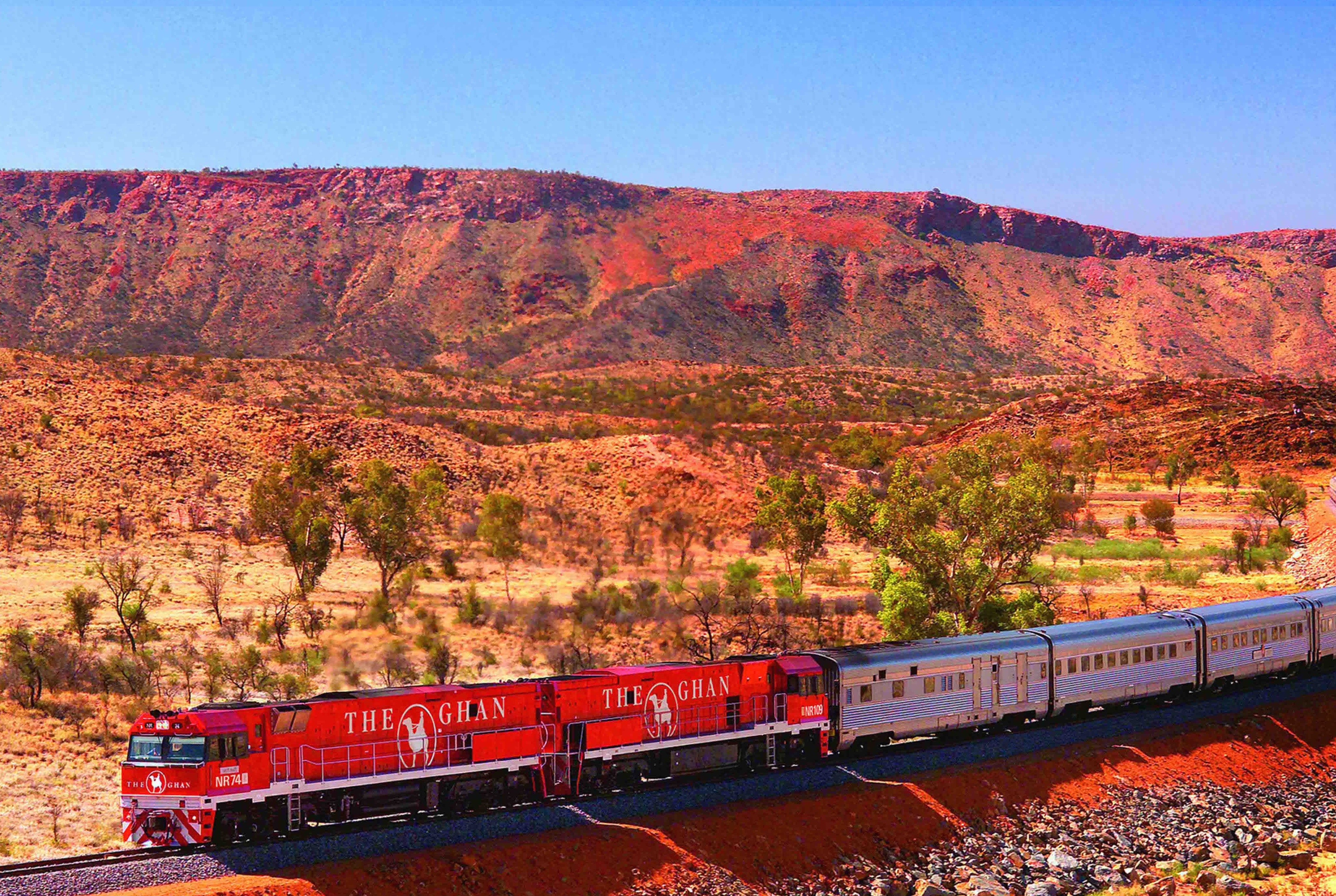 Comment on The Most Scenic Train Journeys in the World