The World’s Most Active Volcanoes

There’s nothing quite like seeing the center of the earth rise to the surface – an eruption is a powerful, primordial event unlike any other. So, it’s no surprise that more adventurous travelers are flocking to the bubbling, restless volcanoes around the world, and luckily, there are plenty to choose from. Whether you want to get up close and personal with a lava flow or would rather witness a big eruption from afar, you can plan your next trip to a faraway land around its amazing geological features. These 10 places are particularly excellent spots for the frequency, size, and sheer beauty of the volcanic activity. 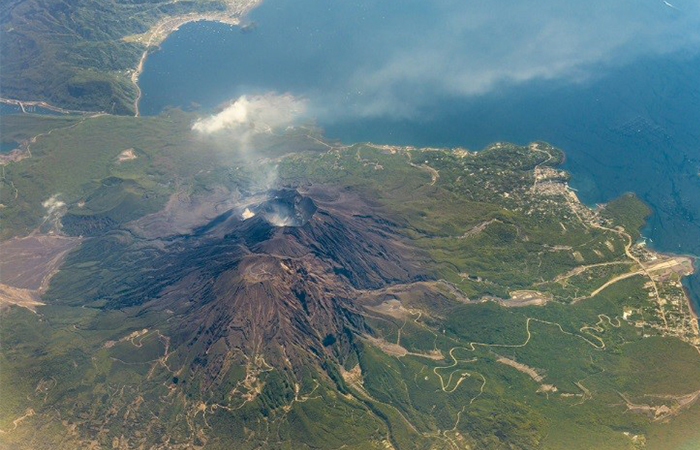 A huge volcano with a lot of power, Mount Sakurajima regularly blasts plumes of smoke up to 6,000 feet into the sky. In fact, the huge eruption in 1914 actually connected two islands, and even today the frequent eruptions interfere with crops and roads in surrounding communities. Understandably, you can’t get too close to this volcano, but you can still travel to the island where it stands and enjoy the smouldering show. 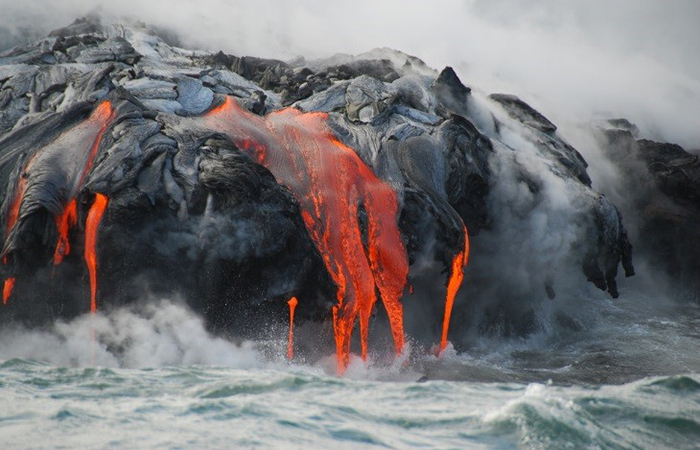 Kilauea holds the title for the world’s most active volcano, but it doesn’t tower above the land with the traditional conical silhouette. Instead, this volcanic hot spot on Hawaii’s Big Island pours fresh liquid lava into the sea, more like a red hot waterfall than a smoking mountain. Travel across the petrified lava field at night (with the aid of a flashlight) to get a bit closer to the spectacle, or else hire a boat to catch a glimpse of the lava flow boiling the sea water from out in the bay. 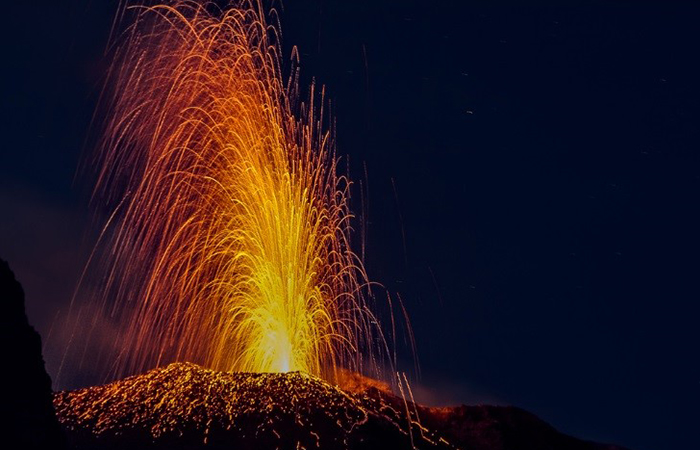 Better accessibility, more frequent eruptions, and a reliably dazzling lightshow earn Stromboli a top spot among the planet’s most impressive volcanoes. It’s known to locals and visitors as the “Lighthouse of the Mediterranean”, given that the fiery red and orange shows light up the night on this small island off the north coast of Sicily. There are three active craters at its peak, where short, energetic bursts of ash and stone come at intervals spanning a few minutes to an hour, and you can get within 200 meters of the activity. 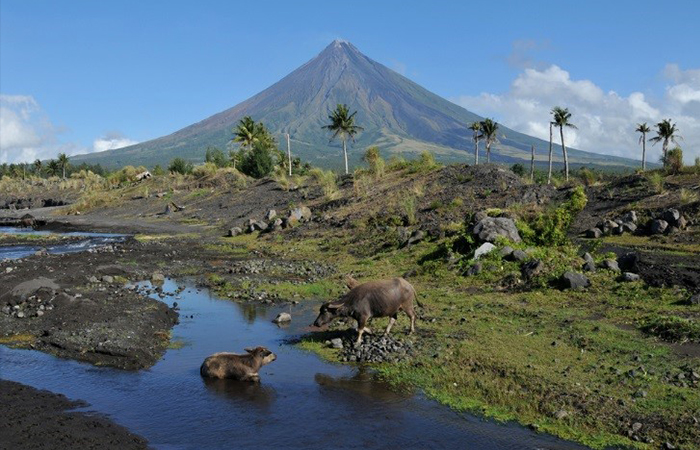 Beautifully symmetrical and predictably lavish, Mount Mayon is the textbook version of an active volcano – with the danger to match. In 2013, a massive eruption took a group of climbers by surprise, and their deaths prompted the government to issue fresh warnings for visitors. It sits snugly in the Pacific Ring of Fire, on the island of Luzon where eight cities surround its base, and you can get a great view of the impressive mountain (considered the world’s most perfectly formed volcano) from several nearby lookouts. 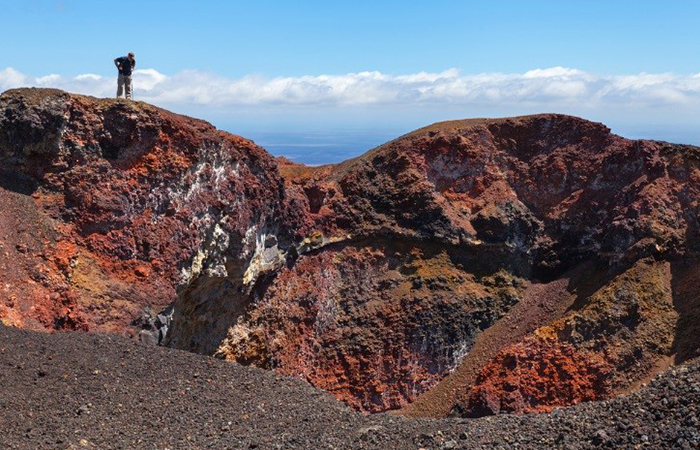 Five volcanoes stand on Isabella Island in the Galapagos chain, and Sierra Negra is the largest. Although the region is considered one of the most volcanically active on earth, and you can witness events from several spots in the island chain, you have the opportunity to get up close and personal to the bubbling heart of Sierra Negra. The hike to the crater isn’t too demanding – under 3 miles of fairly good footing – and you’ll be rewarded with a view of the sprawling caldera (10 miles in diameter) and a walk around the rim of the crater. 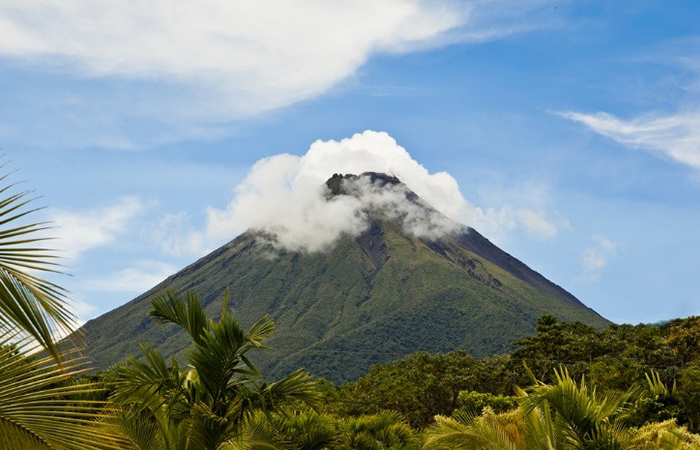 Arenal is a popular tourist attraction, but the crowds won’t diminish the awesome effect: the plumes of steam and smoke roll over the top and above the forest canopy, and at night you will see the orange streams snaking down the side of the rock. If you’re brave enough, you can hike partway up the side of the volcano – although it’s continually active, there hasn’t been a big eruption since 1968. The magma also feeds natural mineral springs in the area, where you can enjoy a soothing dip after a day of hiking the jungle and mountain. 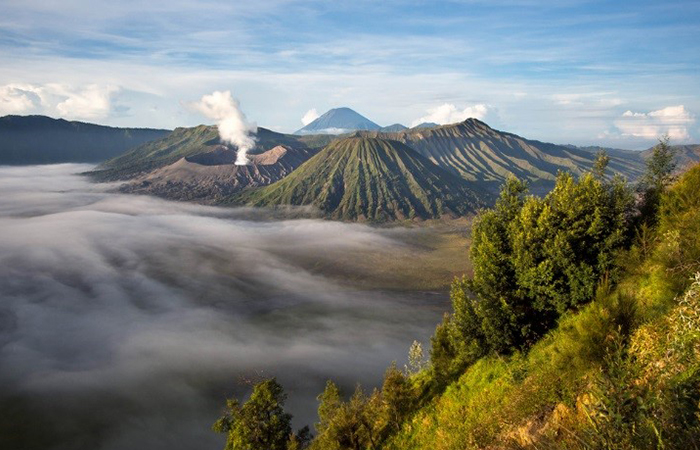 Mount Bromo eruptions are unlike any other volcanic events on earth: every now and then, a deep red plume of smoke will burst from its crater, flashing bright across the ashy black terrain. While it doesn’t spill flowing lava over the landscape, the volcano is awe-inspiring; there’s even an annual festival where locals toss money and food into the crater to pacify the gods. Tourists can visit the national park where Mount Bromo resides to walk up the volcano or take a jeep tour, but only when the eruptions have died down enough to ensure safety and visibility. 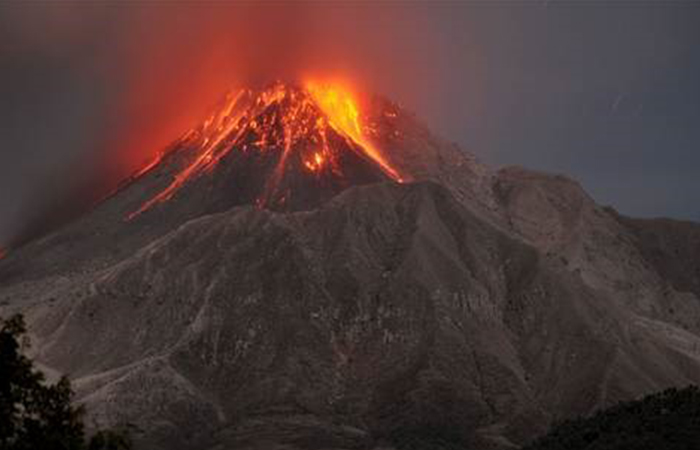 The Soufriere Hills in Monserrat offers a fascinating active volcano, and a shocking display of volcanic aftermath. A devastating eruption in 1995 decimated the former capital of Plymouth, forcing the government to relocate, and there’s still ash falling today. However, some zones are now open to visitors, where you can see the half-buried houses and the eerie ash field that covers the old city. If you want to see the volcano itself, head up to Jack Boy Hill, where you’ll be treated to views of the red glow from the crater. 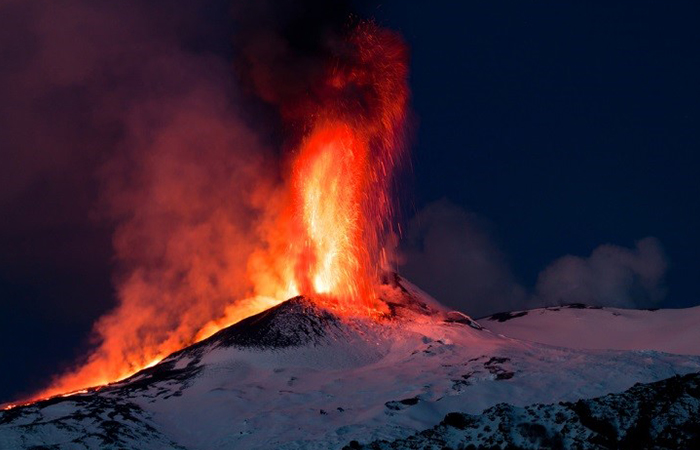 Looming and unpredictable, Europe’s tallest and most active volcano has a storied past. A massive eruption happens every thousand years or so, but in between those devastating events you can count on flamboyant displays of Mount Etna’s power. With craters sending fountains of lava hundreds of feet into the air, the surrounding towns and infrastructure are warily preparing for potential evacuation in case the activity ramps up. Despite the danger, you can actually get up close to many of the most interesting features, like the lava fields, caves, and tunnels, and enjoy the unique flora and fauna. 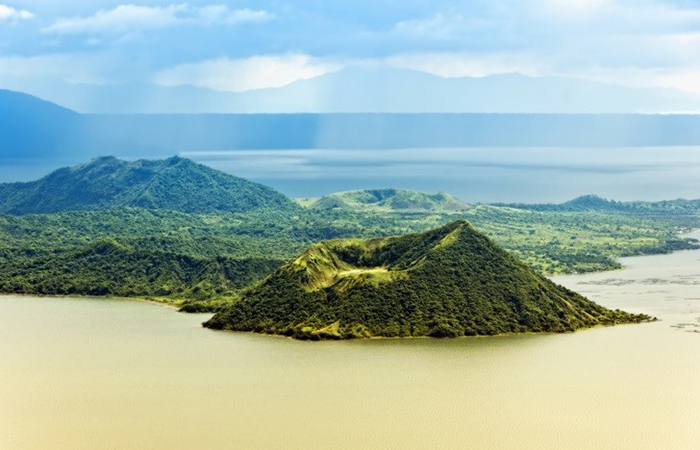 The surrounding landscape is one of the most interesting features of Taal, one of the most unstable active volcanoes in the Philippines. The active crater sits in the middle of Taal Lake, once part of the prehistoric volcano itself, which is found in the center of the island of Luzon. Not only does it take center stage geographically, but experts have their attention firmly focused on the seismic activity, given Taal’s history of dangerous eruptions (33 recorded events). If you want to get a closer look, take a boat ride around the base of the island to admire the impressive crater.

Touring volcanoes is exhilarating, but things can get dangerous really quickly. In some places, the radiant heat from the lava flow is enough to burn exposed skin and damage eyes, so it’s important to wear the right gear. Keep in mind that trekking up the sides of volcanoes means walking on sharp, slippery, or uneven lava rock, so invest in decent hiking shoes for your excursion.