The World’s Most Colorful Landscapes

There’s no shortage of natural splendor in the world, but some sites are almost otherworldly in their brilliance. Carved out through millions of years, spiked with systems of rock and minerals, or colored by complex communities of microscopic bacteria and plants, these spaces have an indescribable majesty that inspires the mind and touches the heart. Urban landscapes are certainly enjoyable, but consider incorporating one of these eight natural masterpieces into your next vacation.

Certainly one of the most colorful beaches in the world, the red beach under the red cliffs of Santorini Island in Greece is a volcanic oddity that delights visitors with a very different seaside scene. The beach and cliffs are testaments to the geological events that occurred eons ago, and though the beach is small and only accessible by foot, the site is memorable and the cove is calm and peaceful – unless you time it poorly. The high season sees big crowds, which can overwhelm the little tract of stony red sand, but the small cluster of canteens and taverns can keep you happy and fed while you wait for a sunbed. 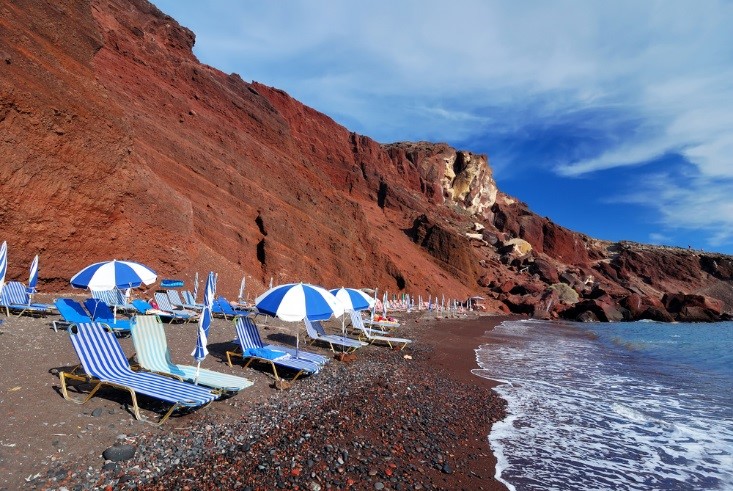 The Caño Cristales is known as “the liquid rainbow”, a perfect moniker for the patches of striking blues, yellows, greens, reds, and black that flow down the length of the river. It’s widely considered to be the most beautiful river in the world, largely due to this rainbow of colors, but the surrounding landscape certainly adds to the beauty: since the waterway is at the intersection of three large ecosystems, it invites a peculiar mix of fauna and flora that may not be able to coexist elsewhere. The best time to see the stunning effect is between July and November, when the native algae erupt in swaths of bright magenta along the riverbed. 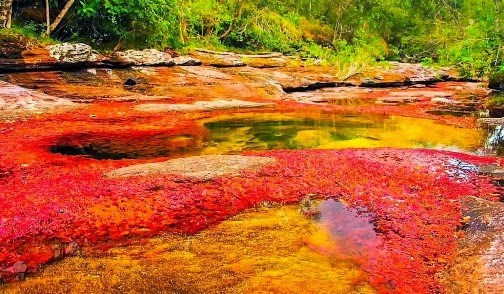 A supremely rugged hike leads you through the stark Arizona desert rock to The Wave, a mesmerizing sandstone formation dating back to the Jurassic era, and worth every drop of sweat it takes to get there. It’s a photographer’s delight, with myriad layers of red, orange and gold swirling against a clear blue sky, but so rewarding to see with your own two eyes, from a selection of angles. With its set of bright, undulating U shapes, The Wave offers an aesthetic unlike any other, and a wonderful study in contrast. 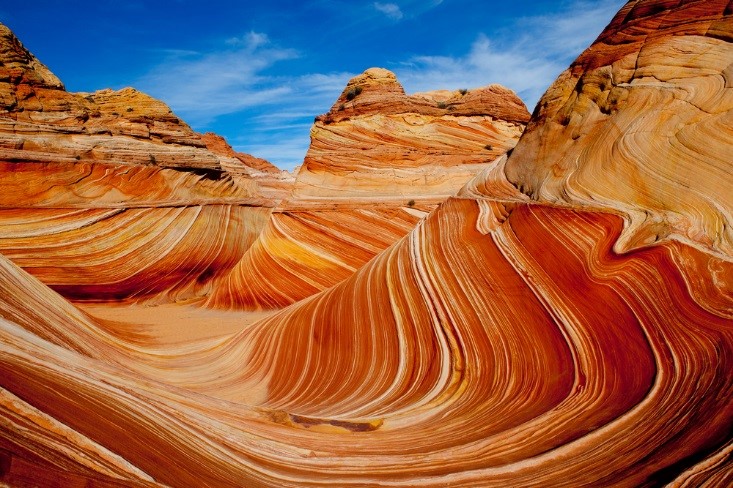 The Danxia Landform stretches into different regions of China, and although the section that extends into Zhangye Danxia National Geological Park isn’t one of the UNESCO Heritage-listed sections, it’s definitely one of the prettiest. The motley valley of candy-striped cliffs and speckled stones was formed by sandstone and mineral deposits millions of years ago. The rocks are smooth and sharp, some several hundred meters tall, and they come in all sorts of shapes and color patterns. Visitors can walk the network of pathways and boardwalks to explore the formations more closely. 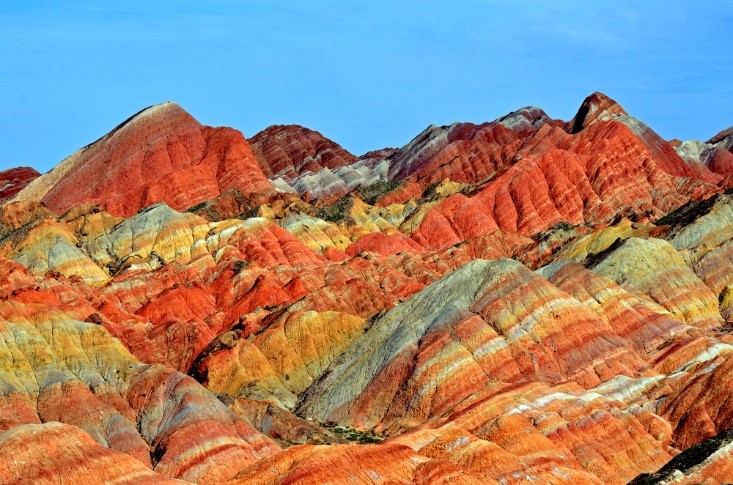 Seen from above, the tulip fields around the small town of Lisse in Holland are spectacular patterns of color, like a giant canvas covered with bright paint. It’s known as a spring garden, but that may be a bit of an understatement: 79 acres of blooming patterns blanket the area, along with ponds, sculptures, wooded groves and a castle. Tulips dominate the landscape, but there are rows of narcissi and hyacinths to round out the scene, and you can wander through the vivid living arrangements between mid-March and mid-May. However, if you want to see the tulips at their best, head to Lisse in mid-April. 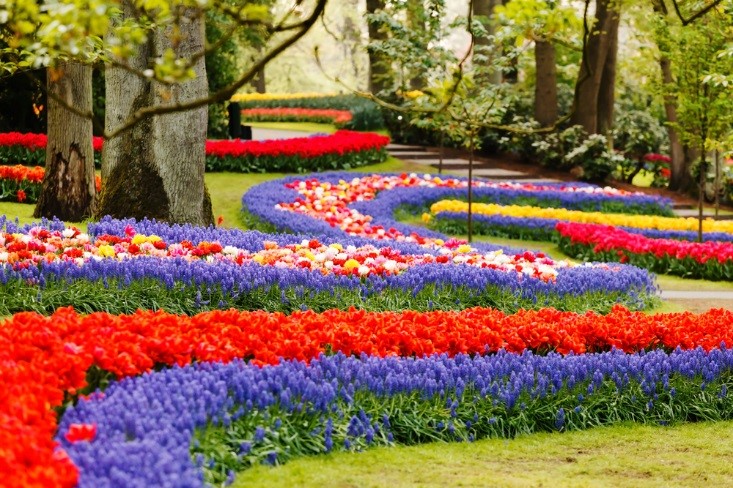 One of the most spectacular natural phenomena on the planet, the Northern Lights decorate the skies around the world at various times of the year. While you could head to Iceland, Canada, or even Northern Scotland to check out the event, the island of Svalboard in Norway is probably the most northern you can get, and that means better chances of a beautiful display. Ribbons of green, blue, gold and white spread out among the stars, dancing and swaying and coming alive before your eyes. The lights appear on the long arctic nights between November and February, but if you go in January, you can also witness the “polar night”, when the sun doesn’t come up at all. 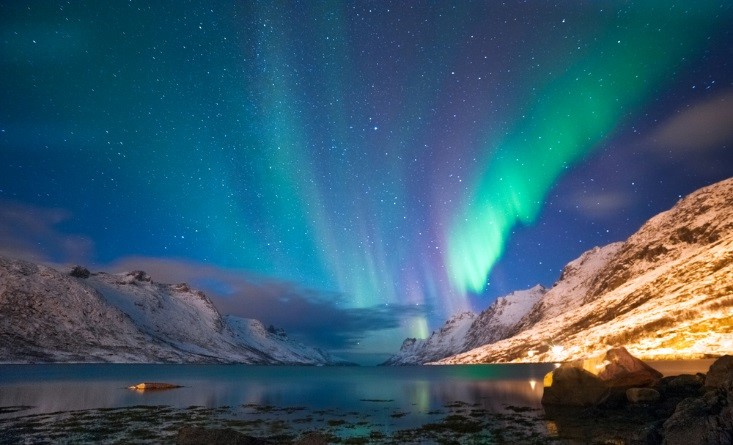 As the name suggests, the Grand Prismatic Spring is the largest and most brilliant hot spring in Yellowstone. It’s extreme in every sense: 165 feet deep, 300 feet wide, and 188 degrees Fahrenheit in the middle of the pool. While the steamy blue center is too hot to support life, the edges are not, and that has led to the formation of an ecosystem of bacteria and algae around the perimeter. These small life forms are responsible for the swirling yellows, oranges, reds, and browns that contrast beautifully with the bright blue water. 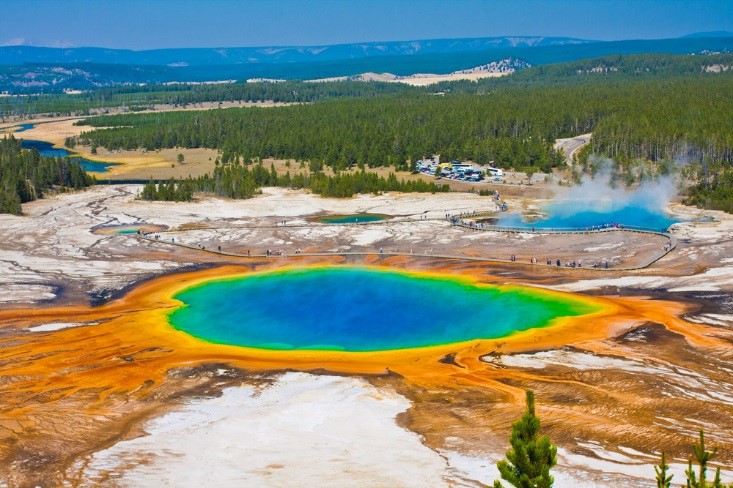 At the bottom of the hot and desolate Danakil Depression in Ethiopia sits the Dallol hydrothermal field, the world’s lowest subaerial volcanic vents. The conditions here are remarkable: since the deep, steamy vents are cradled in a valley, the average air temperature can rise to nearly 35 degrees Celsius – the hottest on earth. If you can brave the heat, you’ll get a good look at the gold and green network of salty hot springs, cut by ridges of elaborately textured white salt beds. The reflections in the pools top off the stunning spectacle. 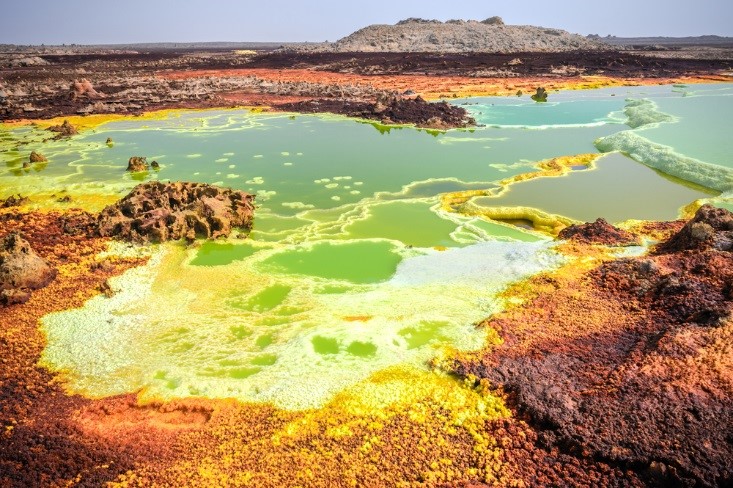 Many of the most impressively painted landscapes are in fairly inhospitable conditions, which means they can be pretty difficult to reach. Luckily, that keeps tourism at bay, and those who are up for the challenge will be rewarded with a personal and peaceful experience.