Things to See and Do in the Amalfi Coast, Italy

The Amalfi coast is often mentioned as if it was a specific location, but in reality, it’s a fairly long strip of abundant, mountainous Mediterranean seaside that’s impossible to experience in just a couple of days. However, if your time in this little slice of paradise is limited, you’ll want to choose your sites wisely, and make room for a pleasant pace so you can really take in the magic of the surroundings.

There are a few urban centers along the Amalfi coast, from the gateway town of Salerno to the mountaintop village of Ravello, to the lively towns of Positano and Amalfi. Each has its own set of beautiful sites, and these are some of the highlights. 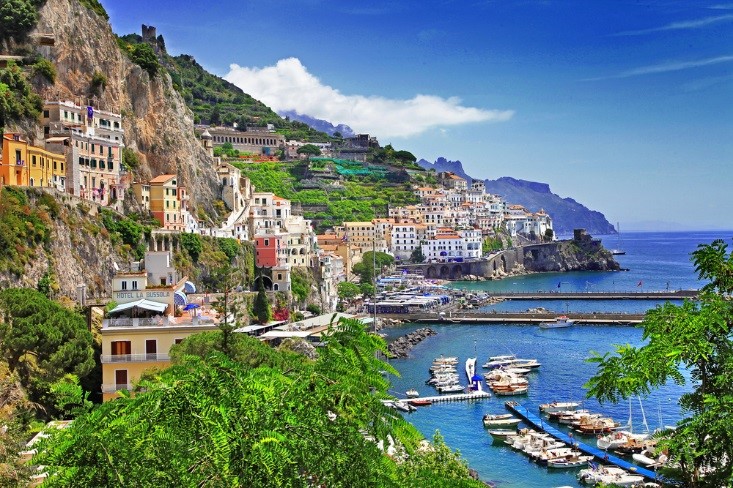 The entire town of Positano deserves a mention, given that it has so many virtues. It’s centrally located, the most picturesque of all the towns on the coast, and known for delectable restaurants that promise a memorable dining experience. Plenty of fashionable boutiques, historical churches and galleries, and seaside gelato stands means there’s a little something for everyone here. Come in the summer when the streets are fragrant with flowers (and buzzing with activity). 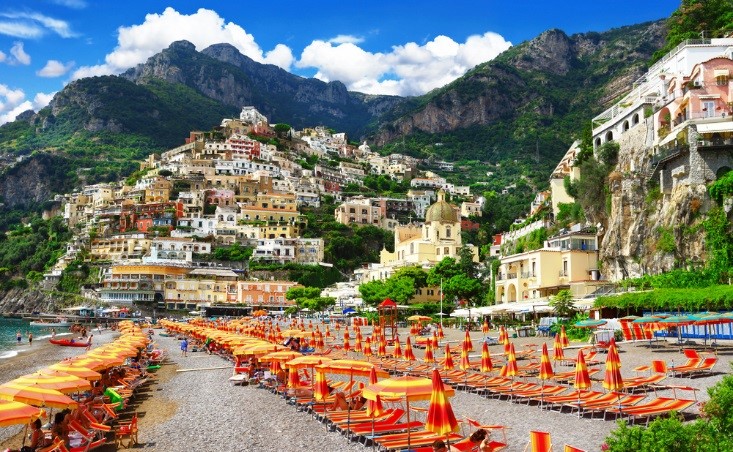 The coast’s namesake is its largest town, but there’s still and exquisite charm to its narrow streets. Sitting at the mouth of a deep gorge, the surrounding landscape is quite stunning, and the romance of the verdant surroundings extends to the architecture. The most notable building is the Duomo, a 9th century church that was enlarged in the 13th century to become a Cathedral dedicated to the Apostle Saint Andrew. Decorated with a marvelous mosaic facade and fronted by an imposing staircase, the exterior is striking; step inside to admire the Cloister of Paradise, wrapped in medieval murals. 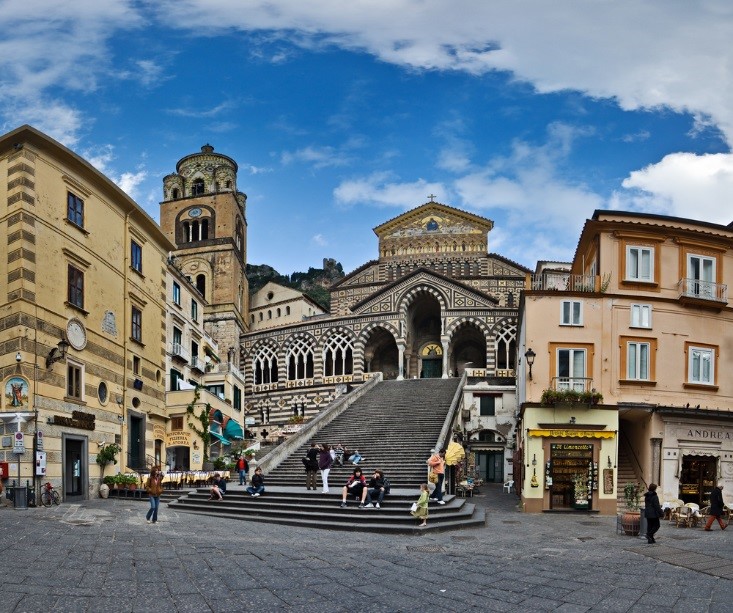 Beaches are abundant but small along the rocky Amalfi Coast, and when the warm weather arrives, they’re brimming with eager tourists and locals. Luckily, there are still a few lesser known strips of shoreline that offer unfettered views of the Mediterranean and a bit of breathing room, including the Spiaggia di Laurito outside of Positano. It’s a rather steep hike down to the cove that cradles the little beach, but the peaceful beauty of the surroundings – and the delightful restaurant at the bottom – make it worth your while.

The small town of Ravello, perched on a hilltop away from the hustle and bustle of the hubs below, might not have as many permanent sites as the bigger towns, but its summer music festival is one of the most delightful elements in the region. The music begins in late July and runs into September, transforming the little town center into a magnetic venue for orchestras, solo musicians, and even dance performances. The overhanging terrace in the Villa Rufolo gardens hosts films screenings and exhibitions to round out the artistic atmosphere. 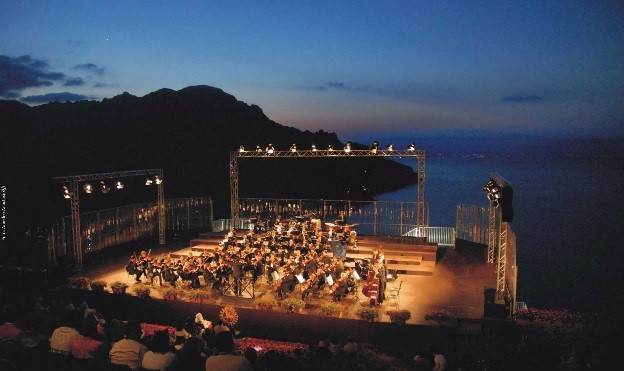 While you’re in Ravello you absolutely must visit the Villa Cimbrone, a manor built in the 11th century that’s completely surrounded by some of the lushest and most vibrant manicured landscape you could ever hope to see. Big, fresh swaths of shrubs and trees are a welcome retreat from the sun-baked streets, and the view from the far end of the site is simply unmatched. Take a few moments to breathe in the fragrant air as you survey the coast far below – it’s a memory that will linger for a long time. 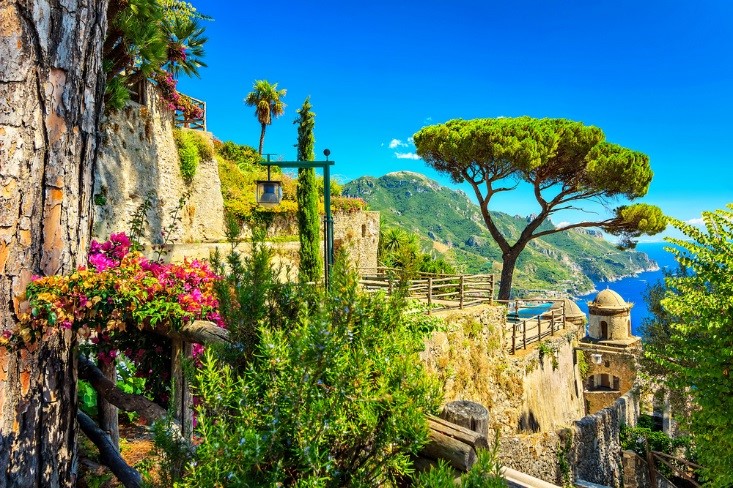 The Amalfi Coast brings throngs of tourists to its sunny beaches and the pastel facades of its towns, but don’t pass up the opportunity to hike through some of the most interesting and enjoyable terrain on the Mediterranean. The Sentiero degli Dei – which translates to the ”Trail of the Gods” – starts in the mountain village of Bomerano and takes you through several miles of vineyards, caves, piney pathways, and exceptional viewpoints. With so much to see and explore, you’ll hit the end of the four-hour hike before you know it. 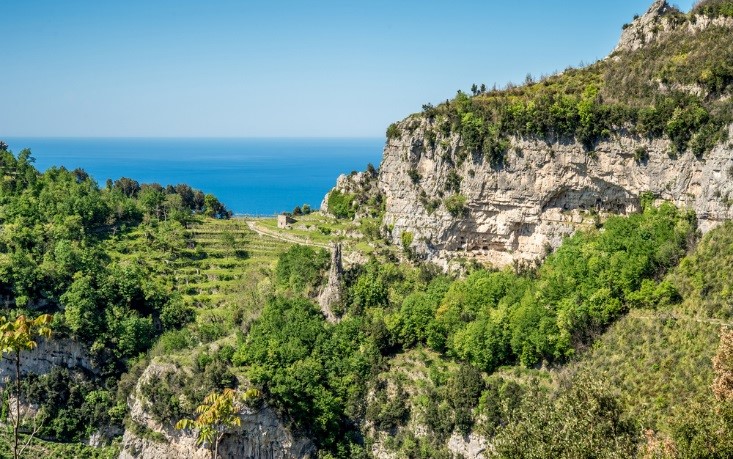 When the crowds head down for a dip in the sea, head up to Valle delle Ferriere for a refreshing afternoon by the tumbling waterfall and the cool rock pool. This majestic natural site is an uphill walk from Amalfi Town, but you’ll be treated to the intriguing ruins of the old paper mill and plenty of lovely greenery along the way. Once you reach the falls, the cool mist will make you forget the work it took to get here. 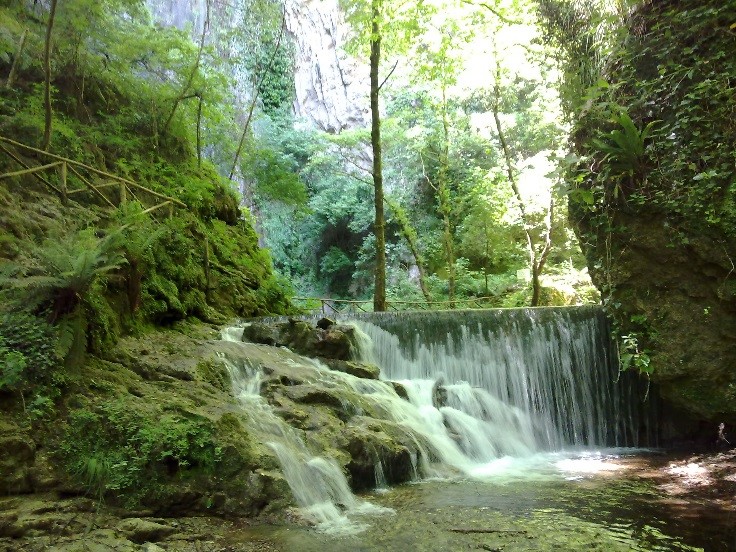 If you have a week, plan to travel down the whole UNESCO-accredited stretch of coast – there is so much to see, and plenty lies off the tourist track. If you’d like to see even more, consider a day-trip to the ruins of Pompeii. There are also plenty of private and group tours that will take you on a well-rounded adventure of this unique region of Italy.

Comment on Things to See and Do in the Amalfi Coast, Italy