While many of us can’t claim to enjoy the cold, there is something beautiful about the site of sparkling frozen water. This is especially true in the case of frozen waterfalls which look like something straight out of Frozen’s Arendelle or Narnia. Here are a few you need to put on your travel bucket list.

Just before the Minnehaha Creek empties into the Mississippi River its waters pout over its 53 ft. tall Minnehaha Falls. When frozen over, the falls take an otherworldly appearance. In addition to its surreal Technicolor blue lighting, crowds of visitors are attracted to the ice caves behind the falls. 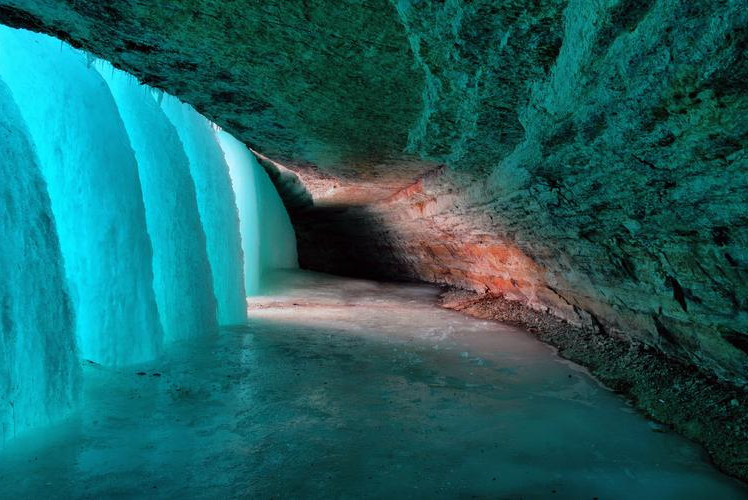 Europe’s most powerful waterfall is one of Iceland’s most popular tourist attraction. In the winter it transforms into a frozen oasis and is a haven for hikers and photographers. 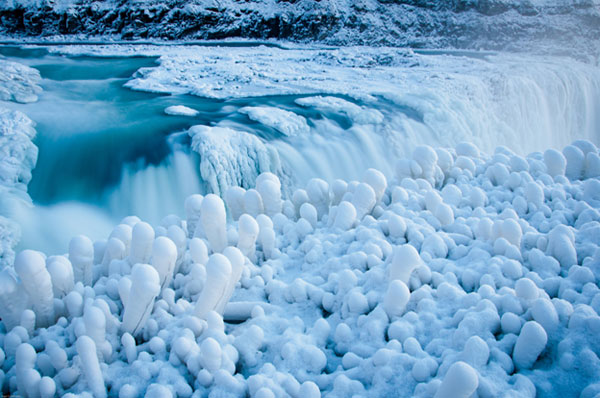 This popular 165 ft. tall, 16 ft. wide plunge waterfall near the resort town of Vail, Colorado freezes into a stunning ice pillar in the winter. Mountain climbers flock to The Fang as climbing to the top of the waterfall is notoriously difficult—and dangerous! If you’re not the adventurous type, you can always admire this feat of nature from a distance. 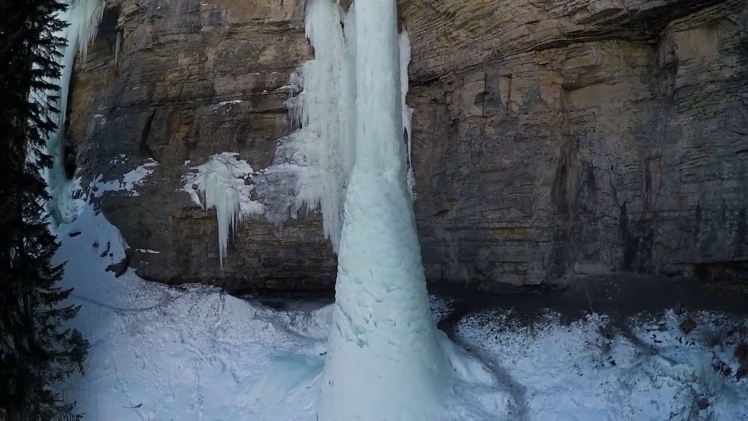 This magical waterfall is not only pretty to look at, but according to local folk legend, the greater the circumference of the frozen waterfall, the more plentiful the upcoming season’s rice crop will be. The yearly tradition of measuring this frozen waterfall goes back over 700 years, with 8 meters being the record girth. 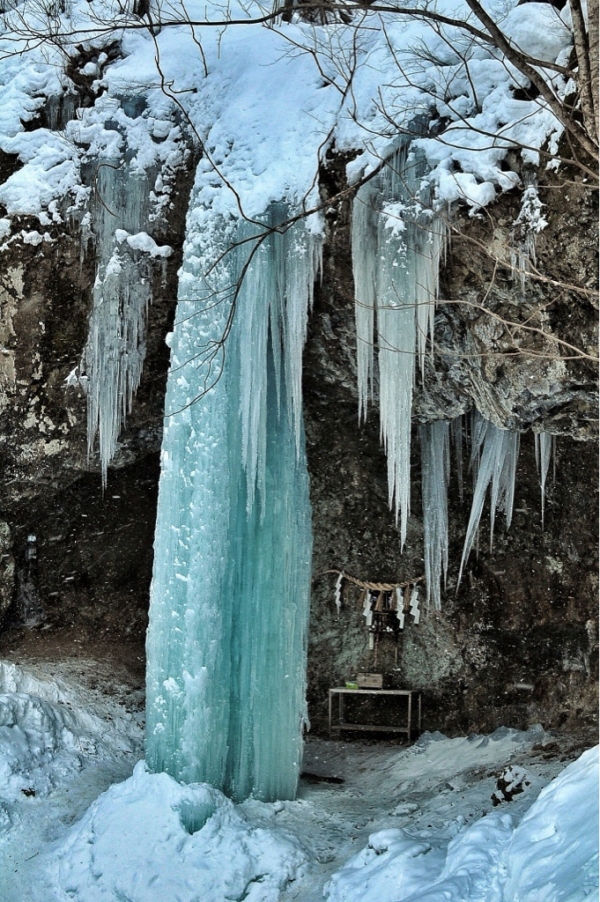 Located in the heart of the industrial city of Norrkoping, the Motala Ström river freezes over during the winter months and turns into a gorgeous sheet of ice. 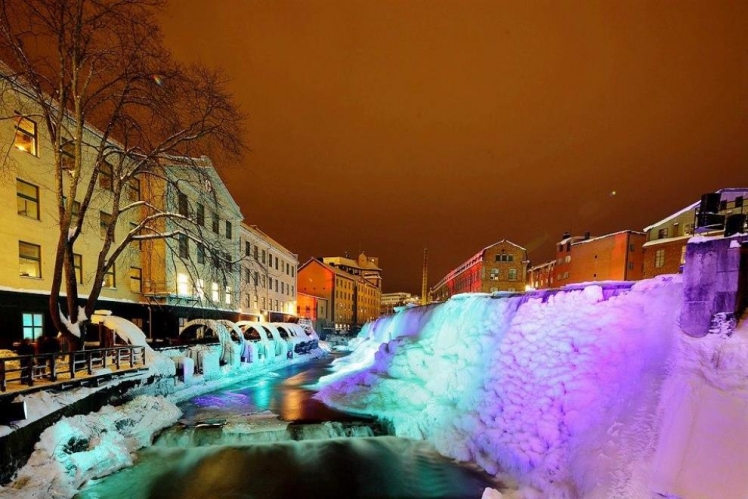 This terraced, step-like waterfall on the slopes of Craignaw in southern Scotland is a popular destination for hikers after a hard winter freeze. 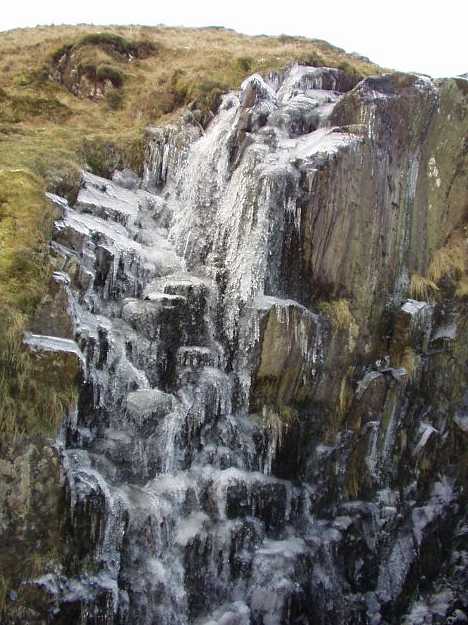 This large waterfall located just a few minutes from downtown Quebec City not only freezes over, but is also home to the famous Sugar Loaf, an impressive cone of ice at the foot of the waterfall caused by splashes from the falls. 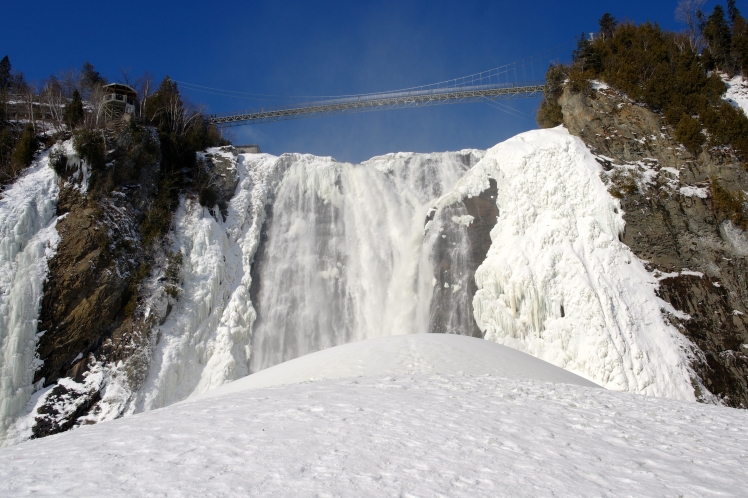 Located in the northwest corner of Finland, a stone’s throw from the point where Finland, Sweden and Norway meet. The falls are a little off the beaten trek and hikers can get to Kitsiputous Falls by following a picturesque trail through the Malla Strict Nature Reserve. 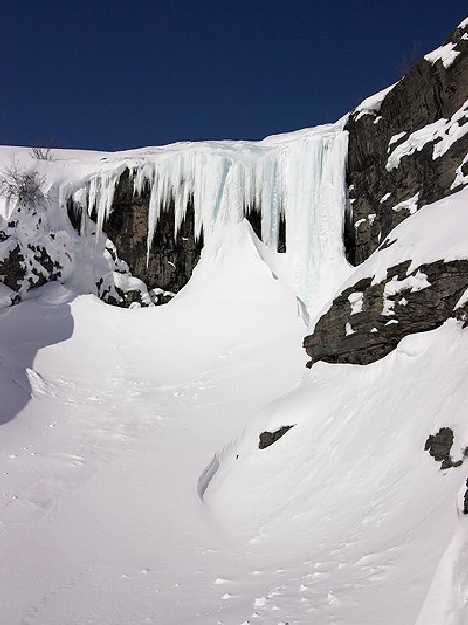 This picturesque waterfall in northern China attracts tourists from all over the world as temperatures range between 1 and -12 degrees Celsius during the winter months cause it to freeze over into thousands of icicles. 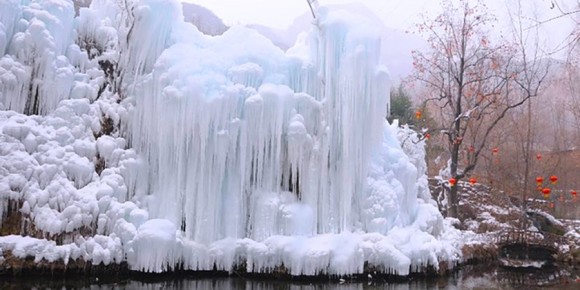 This frozen waterfall located in the Northern Wyoming Rockies is a favourite spot for adventurous mountaineers all year round. 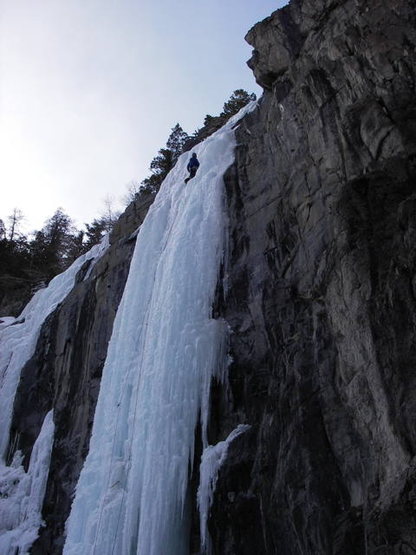