Our world is filled with beautiful, wild, terrifying, powerful and just plain strange sights. From unusual formations to ancient man-made wonders, we will never cease to find something that amazes us. If you’re tired of cookie-cutter cruises and weeks spent lounging in resorts, we have 15 of the world’s weirdest destinations for you to visit to shake things up in your travel life. 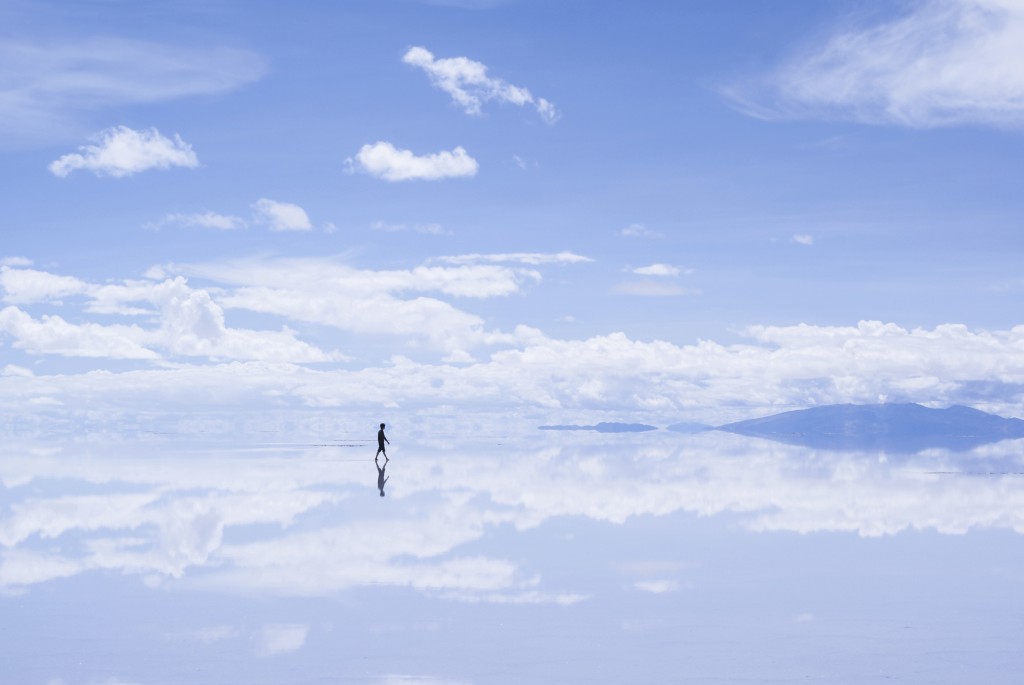 This beach has black sand made of basalt created by lava flowing into the ocean. The lava would explode upon cooling when it touched the water. The beach is located in the Hawaii Volcanoes National Park, home to bountiful vegetation, wetlands and numerous endangered species. I think this is something I’d have to see to believe! 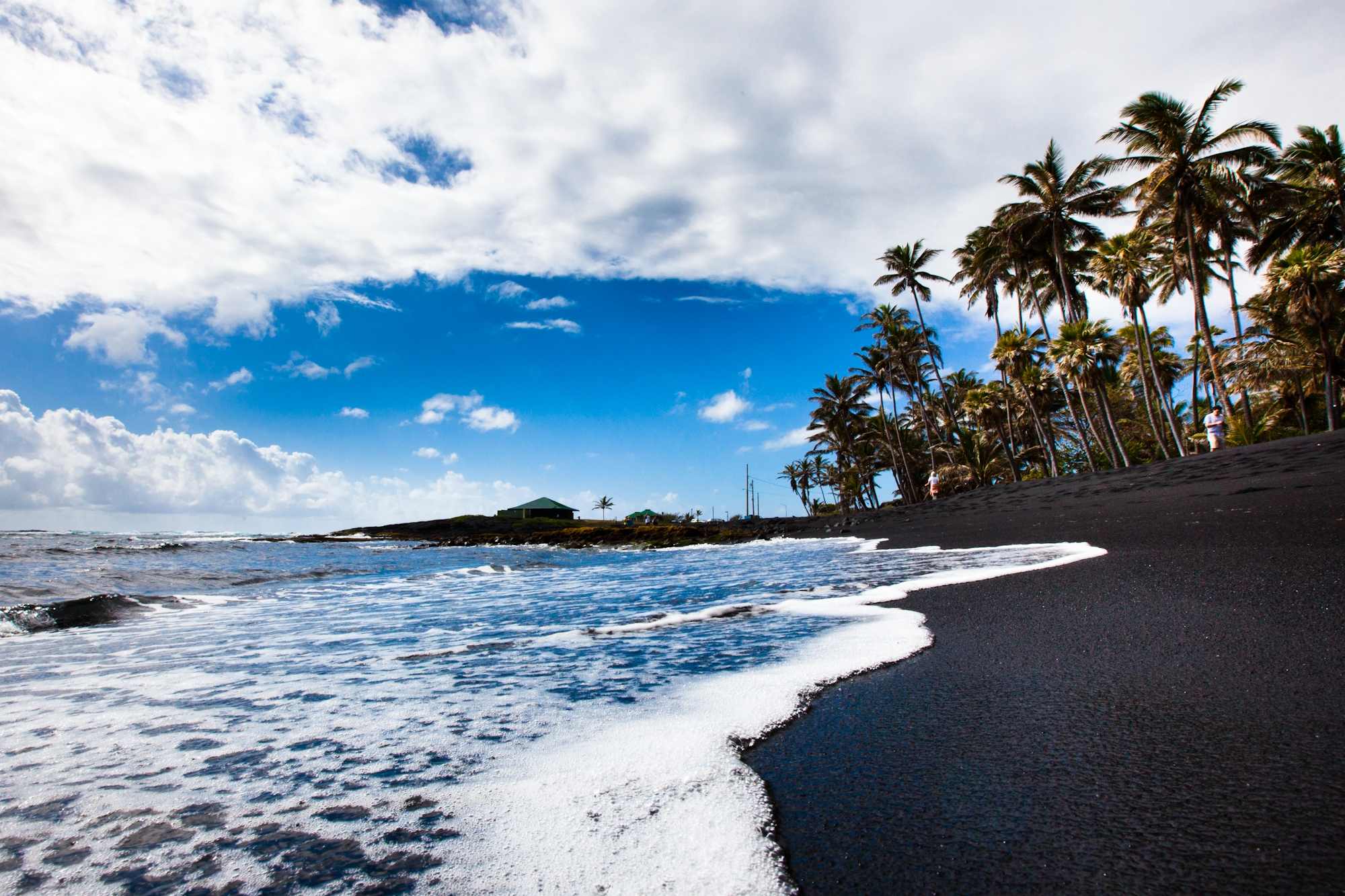 Las Pozas (“the Pools”) is a sculpture garden built by Edward James, British millionaire and poet, between 1949 and 1984. It's located more than 2,000 feet above sea level in the tropical rain forest of Xilitla, encompassing more than 80 acres of natural waterfalls and pools interlaced with towering sculptures. Some of its features include doorways to nothing and staircases leading to nowhere. Such an ethereal beauty should be appreciated by visitors, so make sure Las Pozas is on your itinerary when you’re in Mexico! 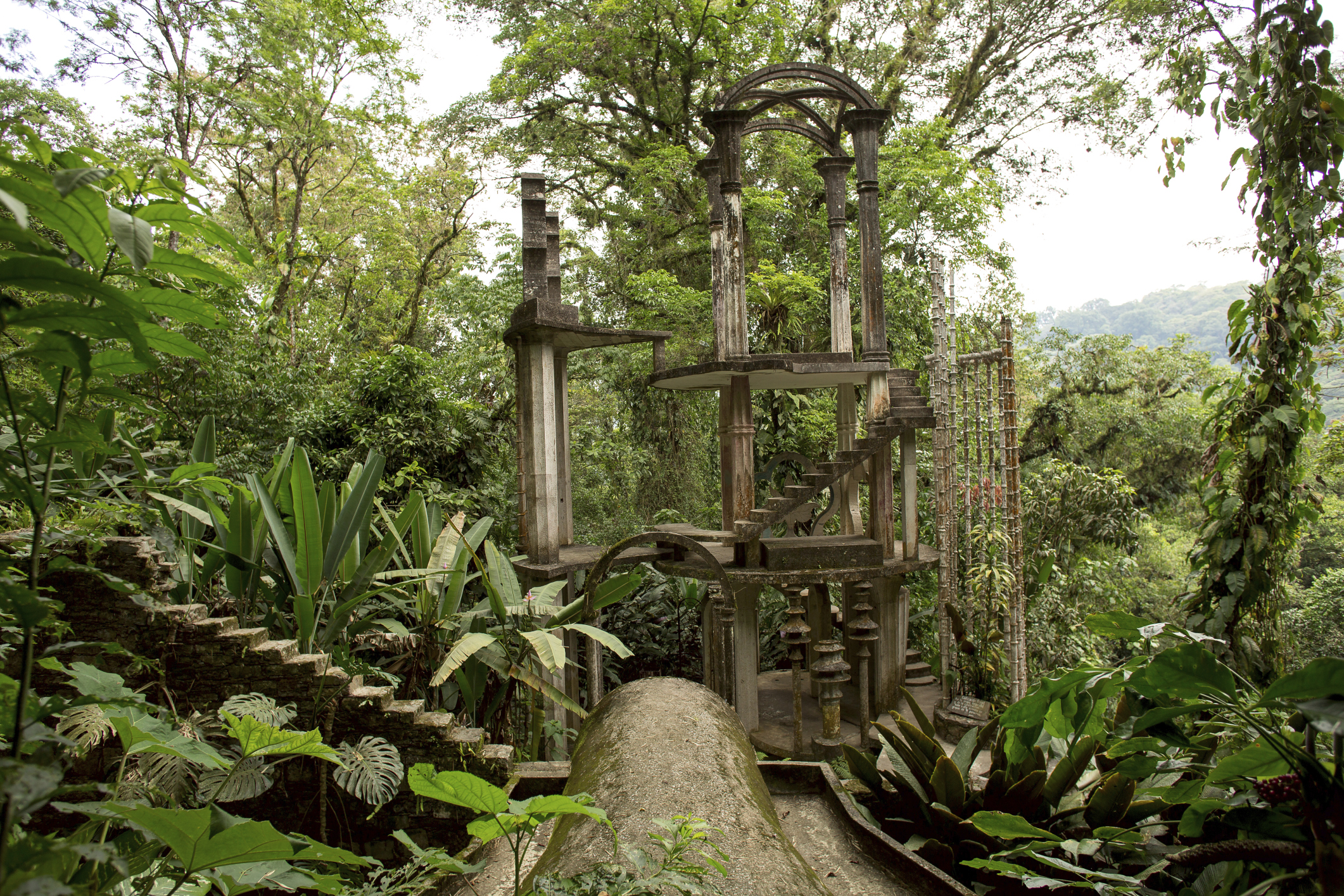 Built sometime during the Iron Age from 500 BC to 500 AD, thousands of megalithic jars are scattered across the landscape of the Xieng Khouang plateau. They range from 3.5-9.5 ft (1-3 m) in height and diameter. Research suggests the jars are related to prehistoric burial rituals. Although man-made, these jars have worn and seemingly become part of the landscape. What a sight to see! 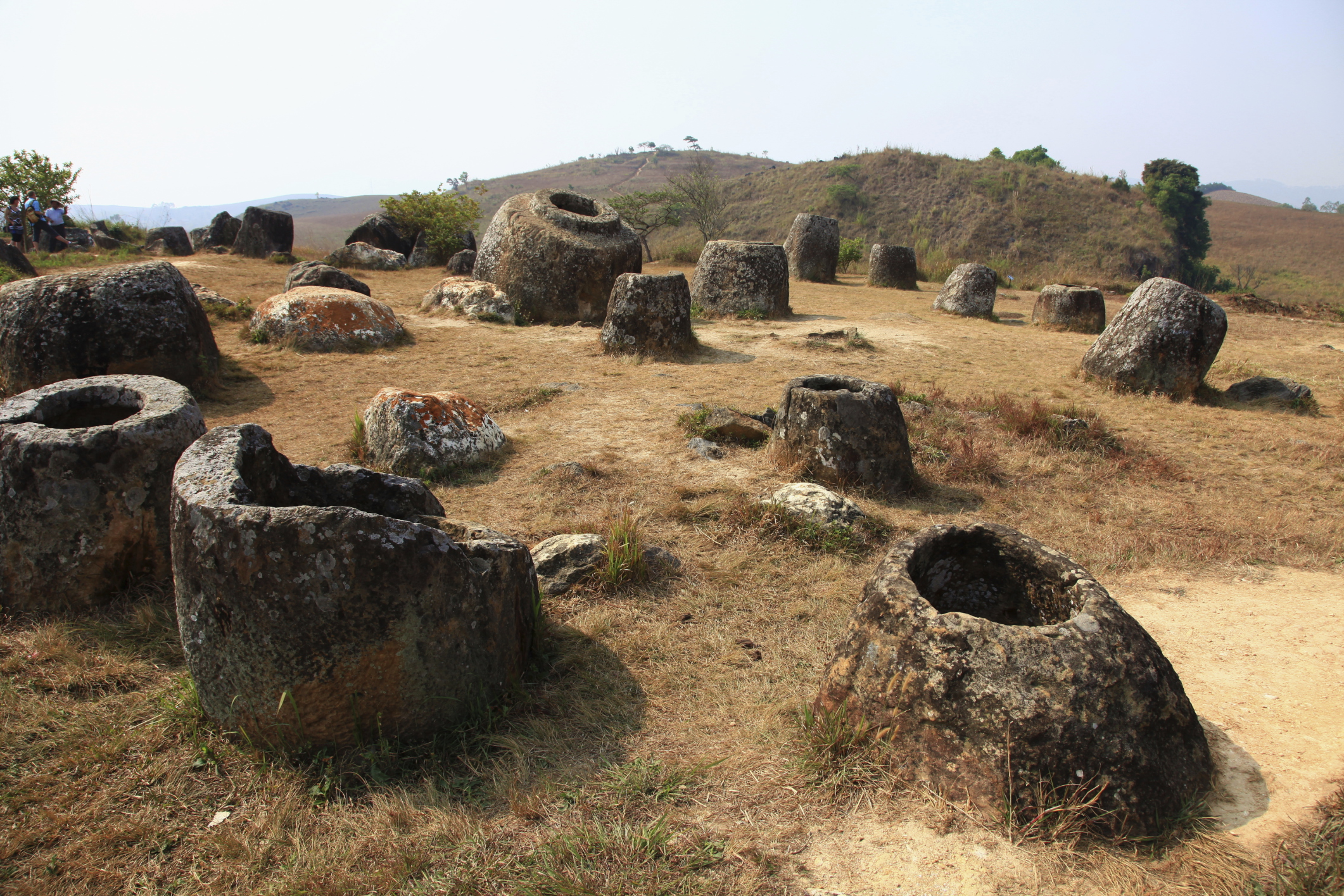 Another man-made wonder, the Icehotel is the world’s first ice hotel and has been built each year with snow and ice since 1990. Everything is made from ice, from beds to bars to dishes and even an ice chapel. The structure sits below freezing at around -5 degrees Celsius or 23 degree Fahrenheit. You’ll need to shell out over $400 for a weekend night here, but for such a unique experience it may be well worth it. Just make sure you dress warm! 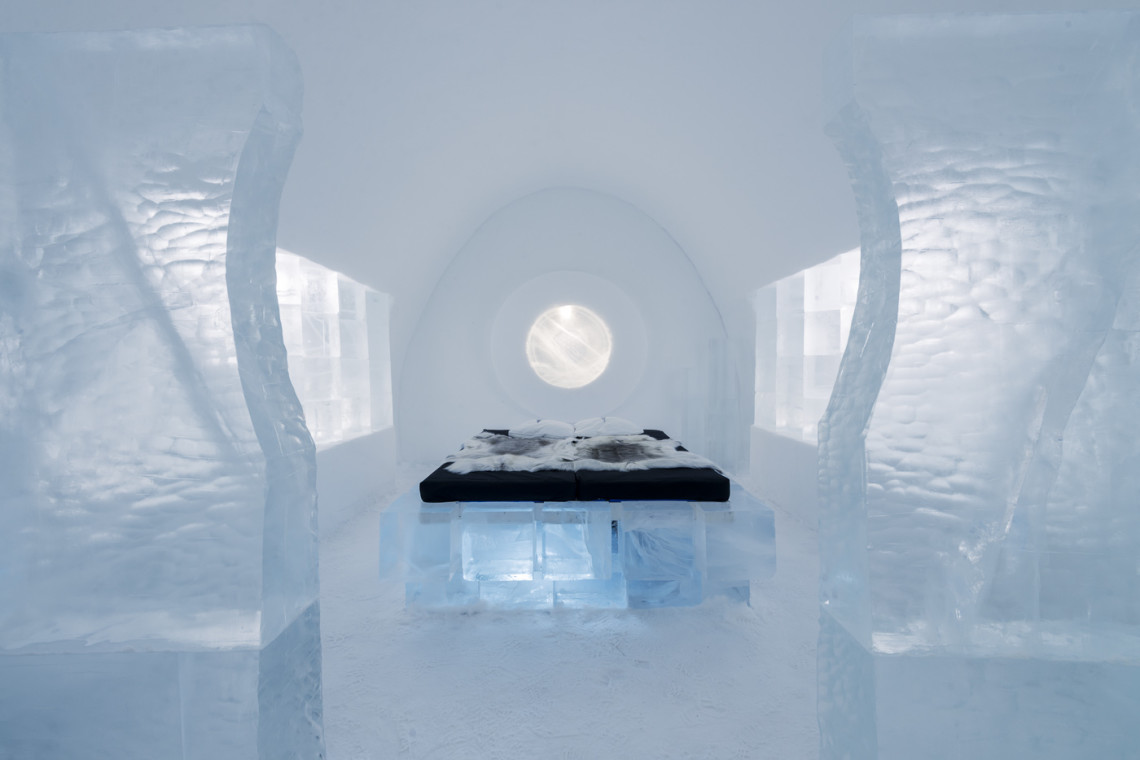 Declared a World Heritage Site by UNESCO in 1986, this spot in Ireland houses about 40,000 interlocking basalt columns, the result of an ancient volcanic eruption. The tops of the columns form stepping stones and disappear under the sea. Most are hexagonal, with the highest being 12 metres (39 ft). You'd get a great workout hopping around on those columns! 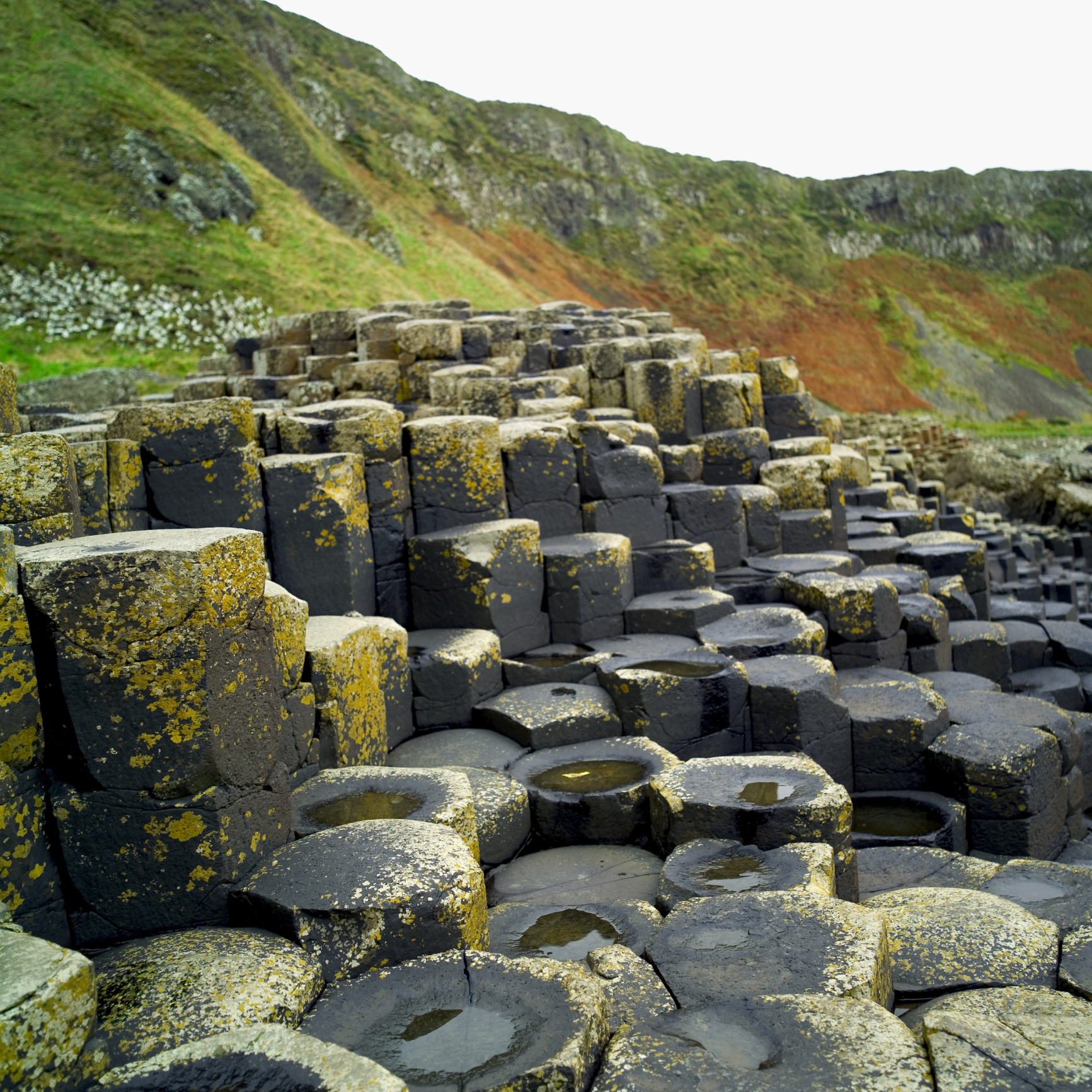 The Wave is a sandstone rock formation located near the Arizona-Utah border. It consists of intersecting U-shaped troughs that have been eroded into Navajo Sandstone of Jurassic age. These fascinating rock formations make for a popular tourist destination, with travelers visiting from all over to see its colorful, undulating forms. I don’t know about you but I think I would get some crazy vertigo if I visited here! 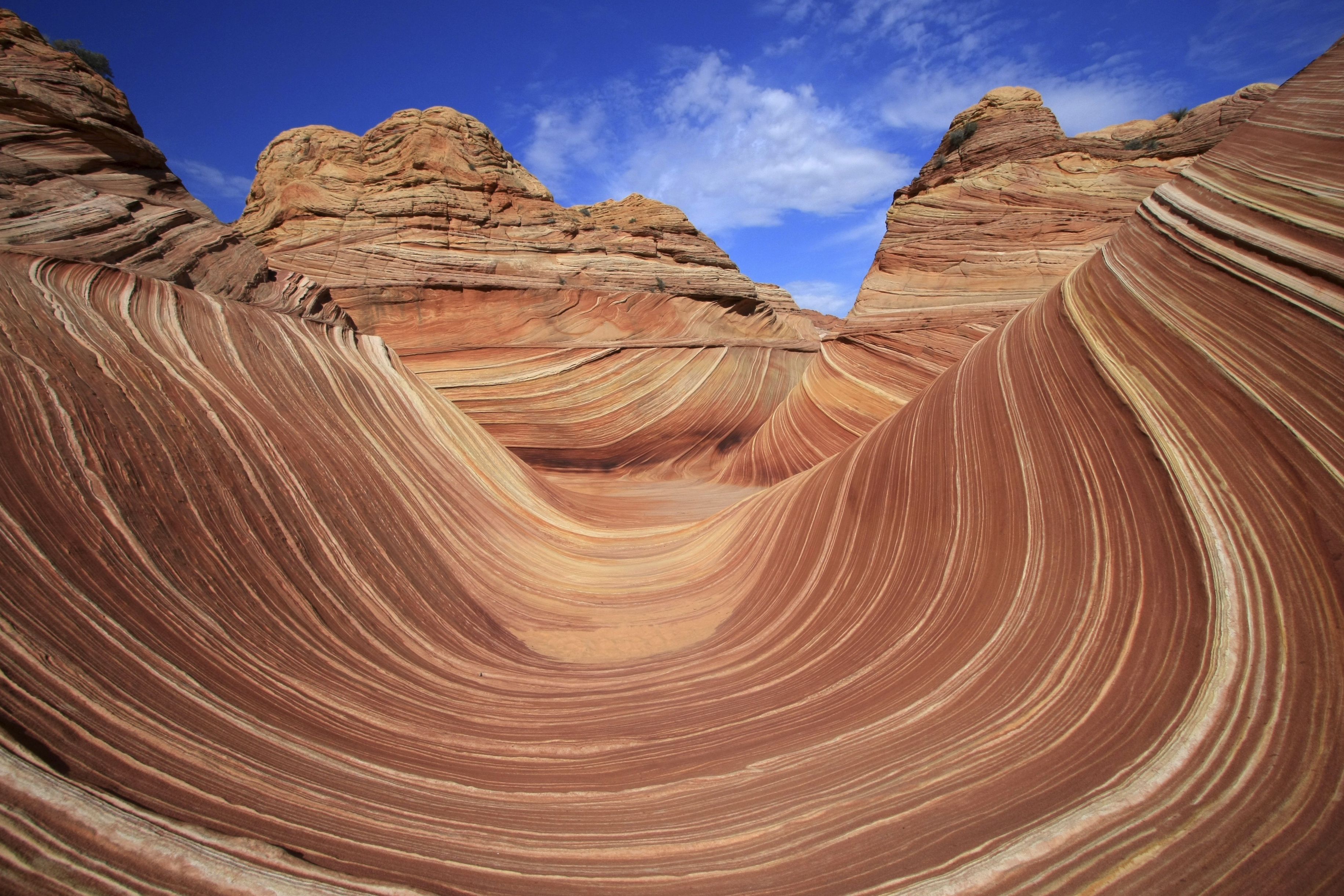 Near the town of Gryfino in western Poland is the oddity “Crooked Forest.” Despite numerous theories proposed over the years, no one really knows what made the trees form this way. There are approximately 400 pine trees in the forest growing at a 90-degree bend, estimated to have been planted around 1930. Oddly enough, there is a larger forest of straight, normal pine trees surrounding it. Will this mystery ever be solved? Who knows. For now, the Crooked Forest makes a great tourist destination! 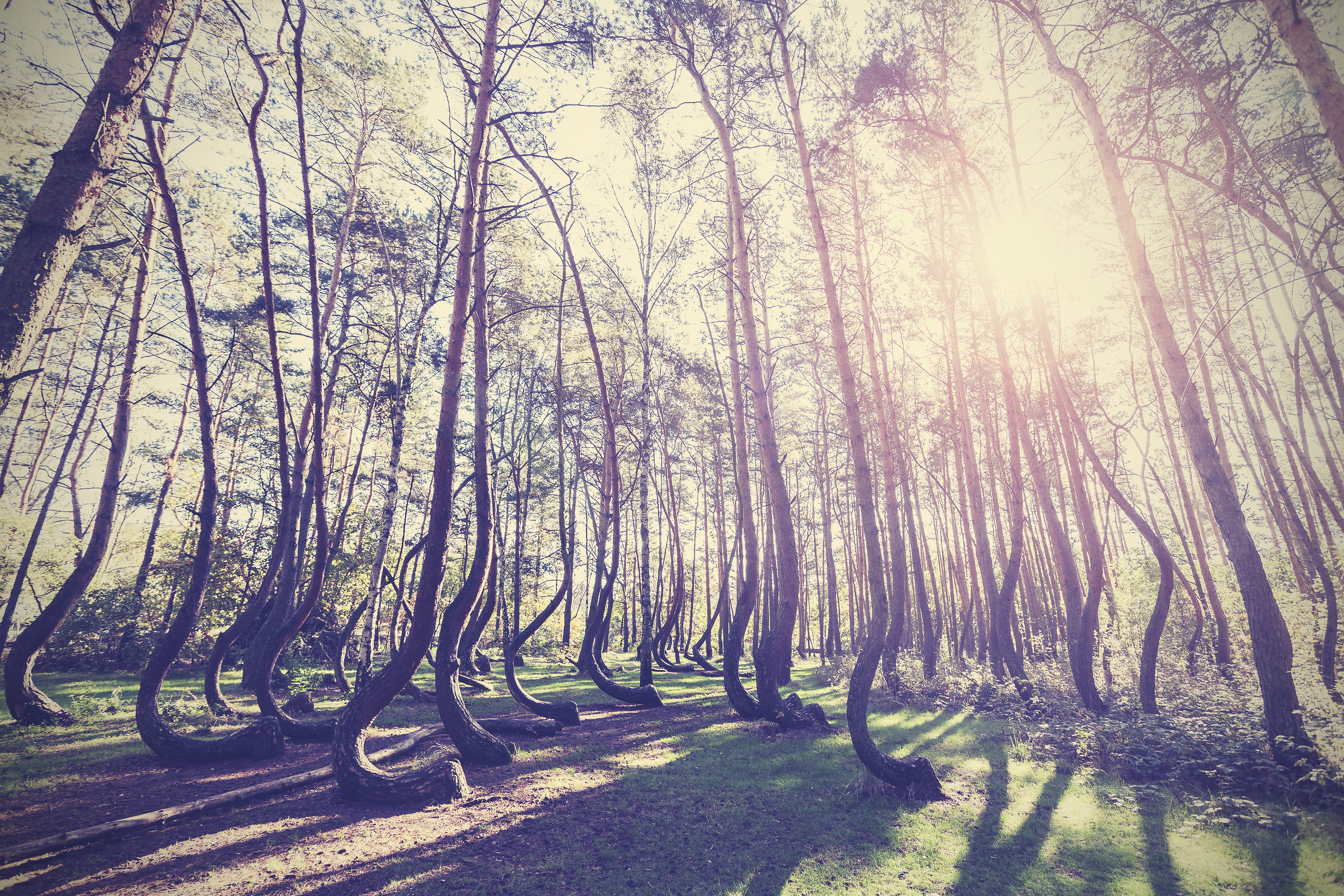 Avenue of the Baobabs, Madagascar

The Avenue of the Baobabs is a prominent group of baobab trees lining a dirt road between Morondava and Belon’I Tsiribihina in western Madagascar. One of the most-visited locations in the area, it has been a center of local conservation efforts. There are only about two dozen trees remaining, around 100 ft (30m) tall. These trees were once part of the dense tropical rainforests that thrived in Madagascar. This is one natural wonder to marvel at if you have the chance! 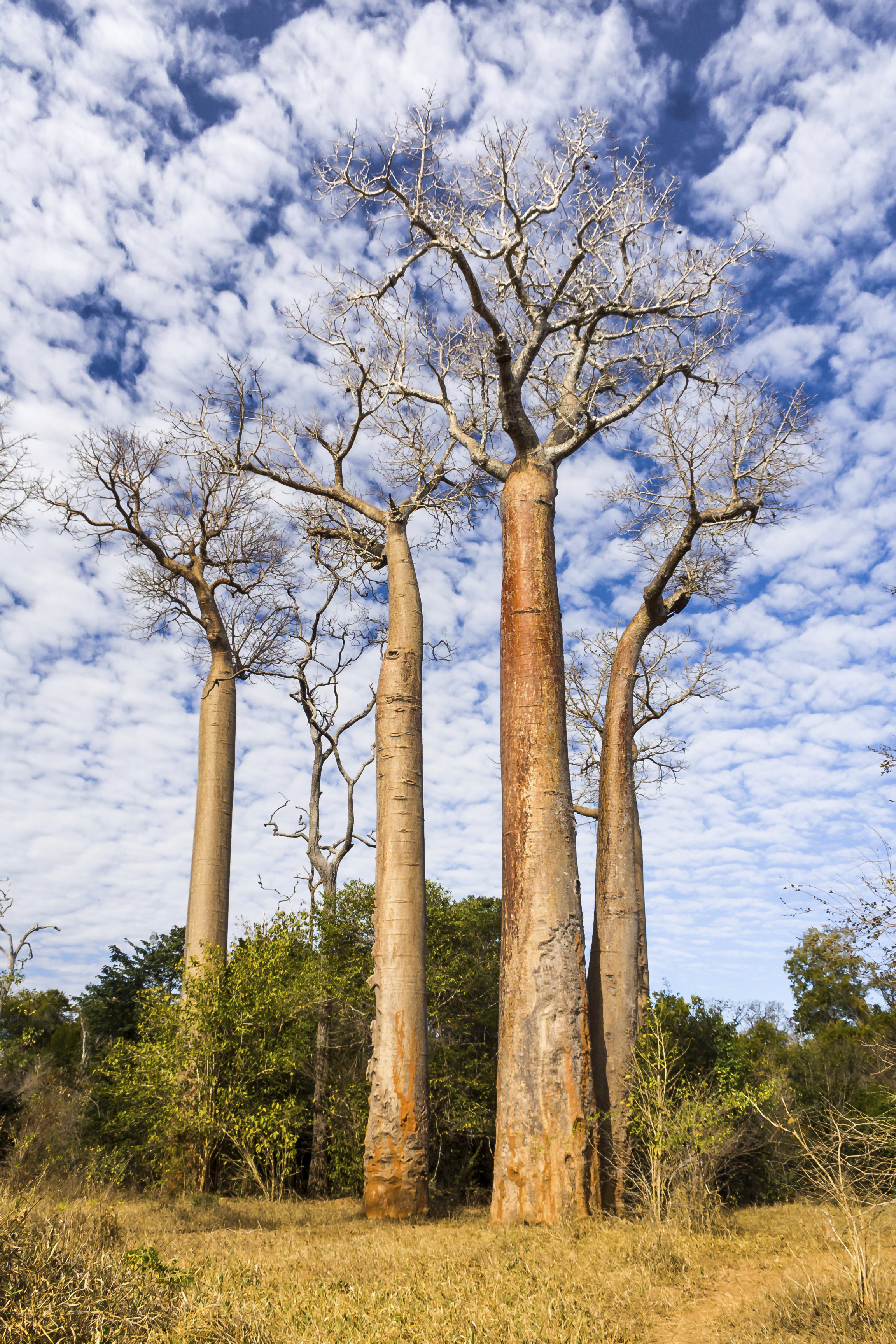 The Door to Hell is a gas site that has been burning constantly since 1971, fed by the rich natural gas deposits in the area. It was lit by Soviet petroleum engineers, who were conducting drilling operations to assess the quantity of gas reserve available at the site for oil extraction. The ground beneath the drilling rig and camp collapsed into a wide crater (fortunately no one was injured). To ensure that poisonous gases wouldn’t be released from the cavern, engineers decided to burn the gas off, thinking the fire would only last a few weeks. Imagine their surprise! If you can stomach the powerful smell of burning sulfur surrounding the site, this makes for a devilishly fun stop while travelling!

Situated between the Canadian provinces of New Brunswick and Nova Scotia, this bay is known for having the highest tidal range in the world at 56 ft (17 m). The spot makes for a popular tourist destination with its strange rock formations developed over thousands of years of erosion. This bay is just one of the many spectacular places to explore on Canada’s east coast! 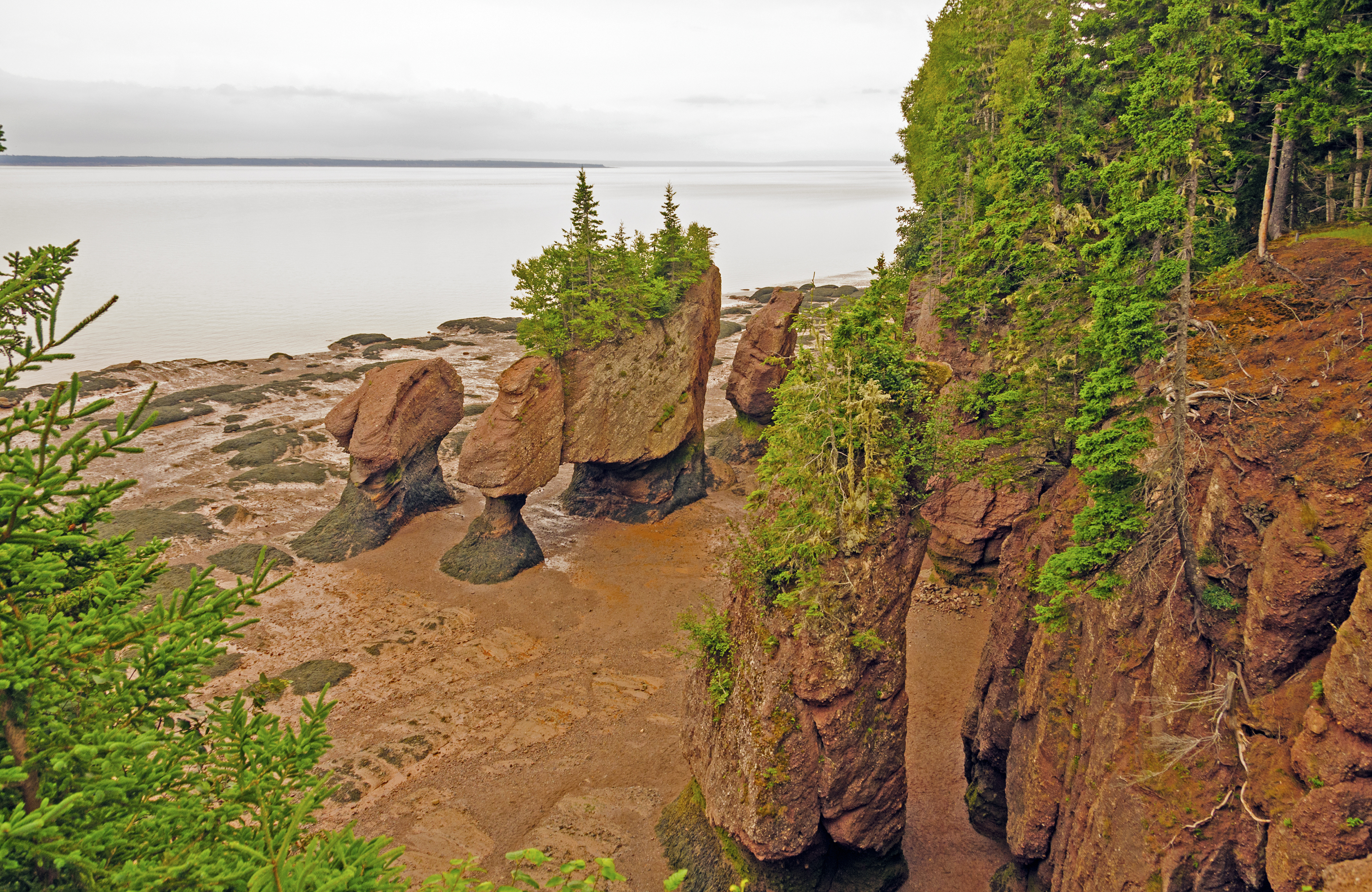 In my opinion the creepiest stop on our strange destinations tour, this terrifying island of dolls began as a memorial to a drowned girl. It has since evolved into a locale covered with hundreds of the children’s toys after a hermit living on the island added to the assortment. The isle was discovered in the 1990s, located about 17 miles south of Mexico City. If you can handle the morbidity, feel free to pop by and visit the dolls next time you’re in Mexico. 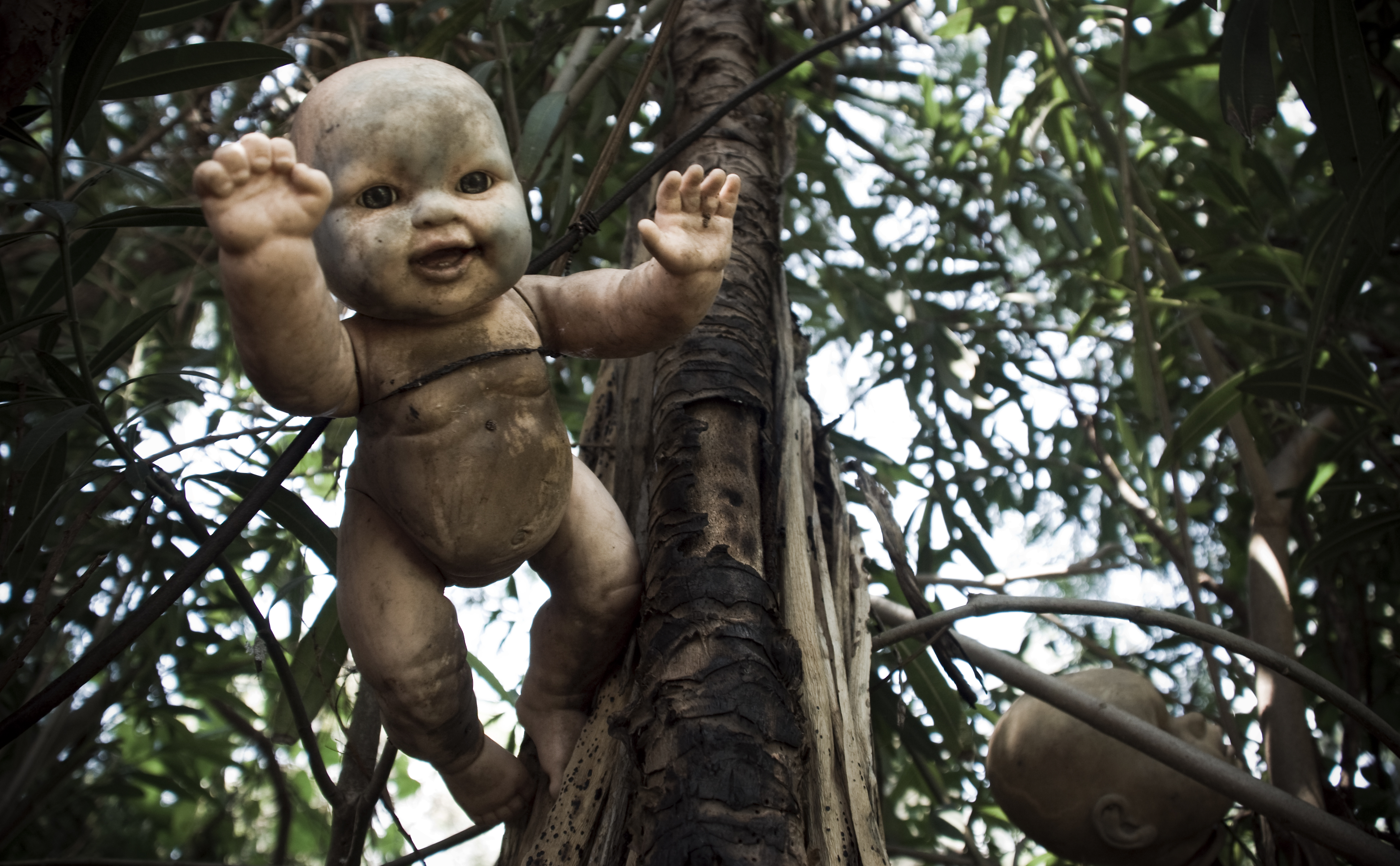 A local tourist landmark, this sanitarily-questionable alley is 15 ft (4.6 m) high and 70 ft (21 m) long. It’s lined with the chewed gum of passersby, thought to have started in the 1950s through a school rivalry. Whatever the origins, by 1970 the walls were well-established. After complaints of sanitation, the alley underwent multiple cleanings over the years. However, bubblegum chewers couldn’t be stopped and the alley filled again. Next time you’re in San Luis Obispo, you know where to put your gum. But please, wash your hands after. 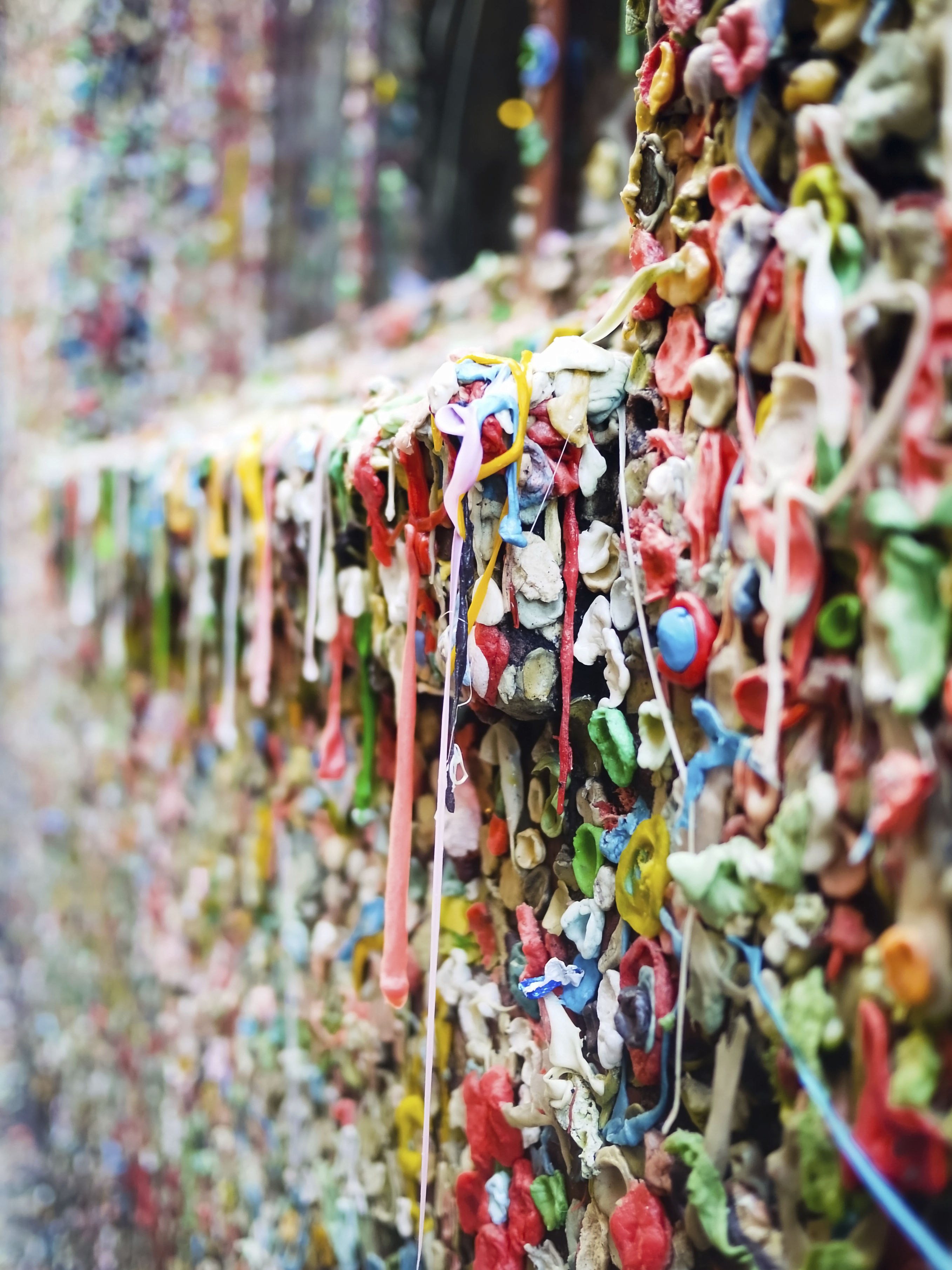 This stunning glowworm species is found exclusively in New Zealand, and each are around the size of a mosquito. You can take a boat ride under the eerily beautiful lights that almost look like starlight. The cave is part of the Waitmo Caves system. This would make for a romantic date with your significant other on your travels! 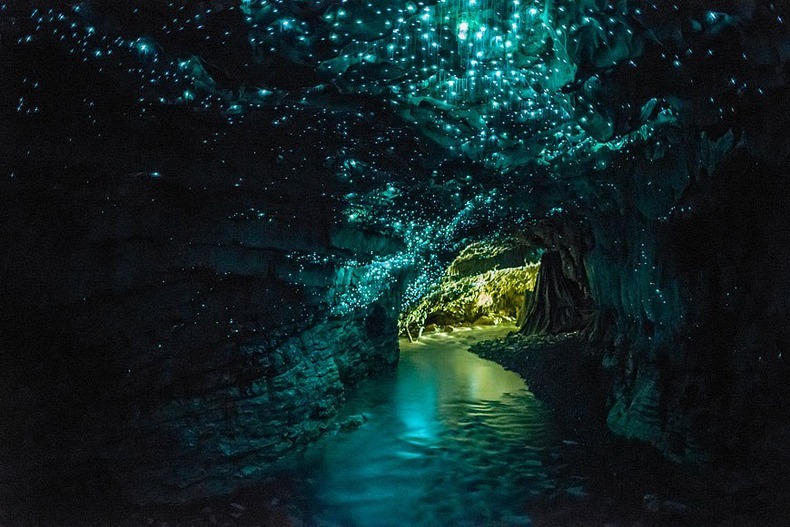 The Nazca Lines of Peru were estimated to have been created sometime between 400 and 650 AD and are located about 250 miles (400 km) south of the country’s capital, Lima. There are hundreds of the massive ancient geoglyphs in the Nazca Desert, ranging from simple lines to stylized animals. The largest figures are over 660 ft (200 m) wide. Nobody knows exactly why they were created, but experts have several theories. We would encourage you to check out these incredible ancient wonders if you’re ever in Peru, but keep in mind they are best seen from the air. 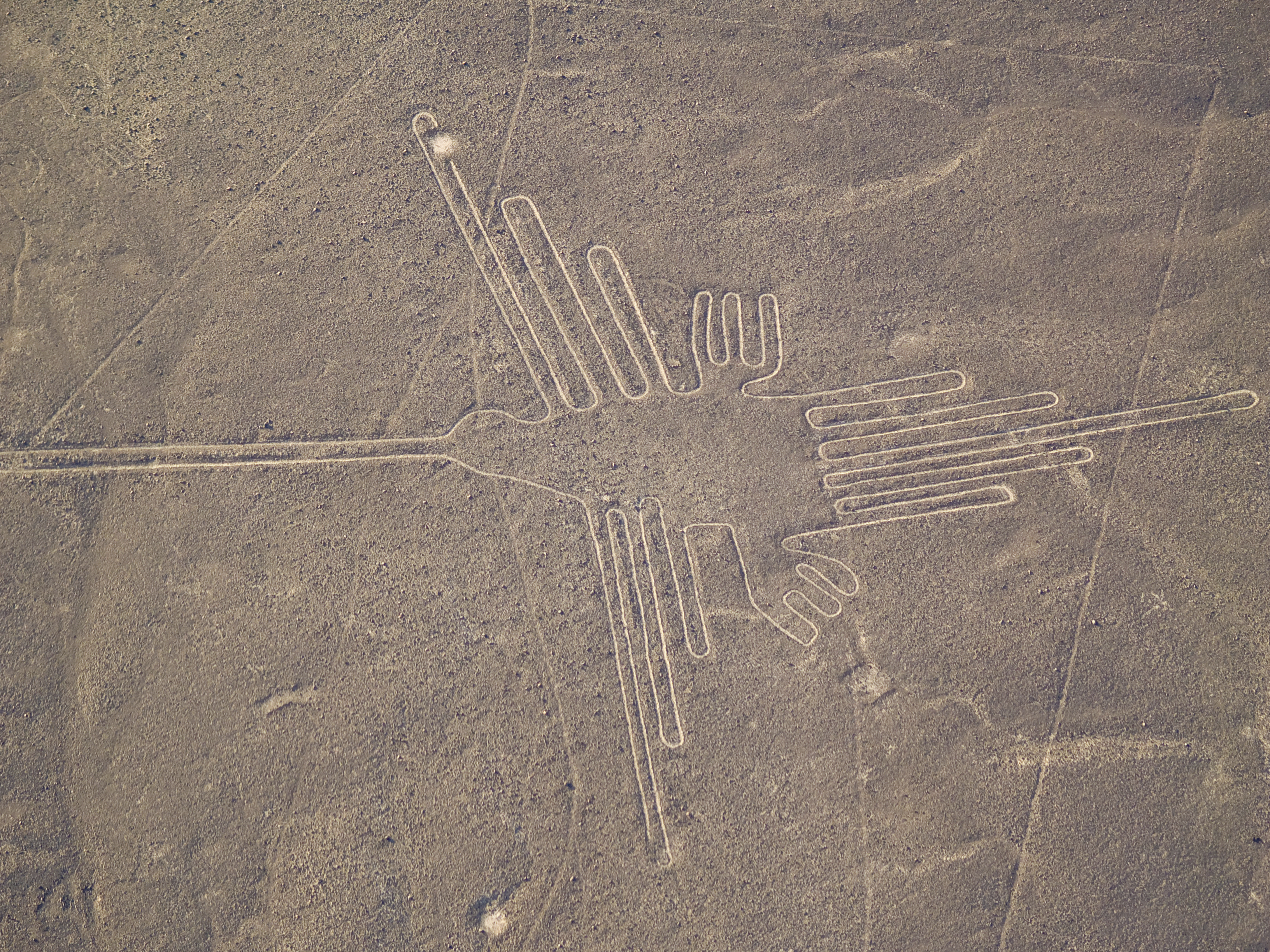 At 4,086 sq mi (10,582 sq km), the Salar de Uyuni is the world’s largest salt flat located in southwest Bolivia. It boasts a high elevation of 11,995 ft (3,656 m) above sea level. Covered by a few meters of salt crust with an extraordinary flatness, it was formed as a result of transformations between ancient lakes. There is currently no mining plant on site, but the Salar sure makes for a popular tourist destination! We hope Bolivia doesn’t intend to industrialize it any time soon. 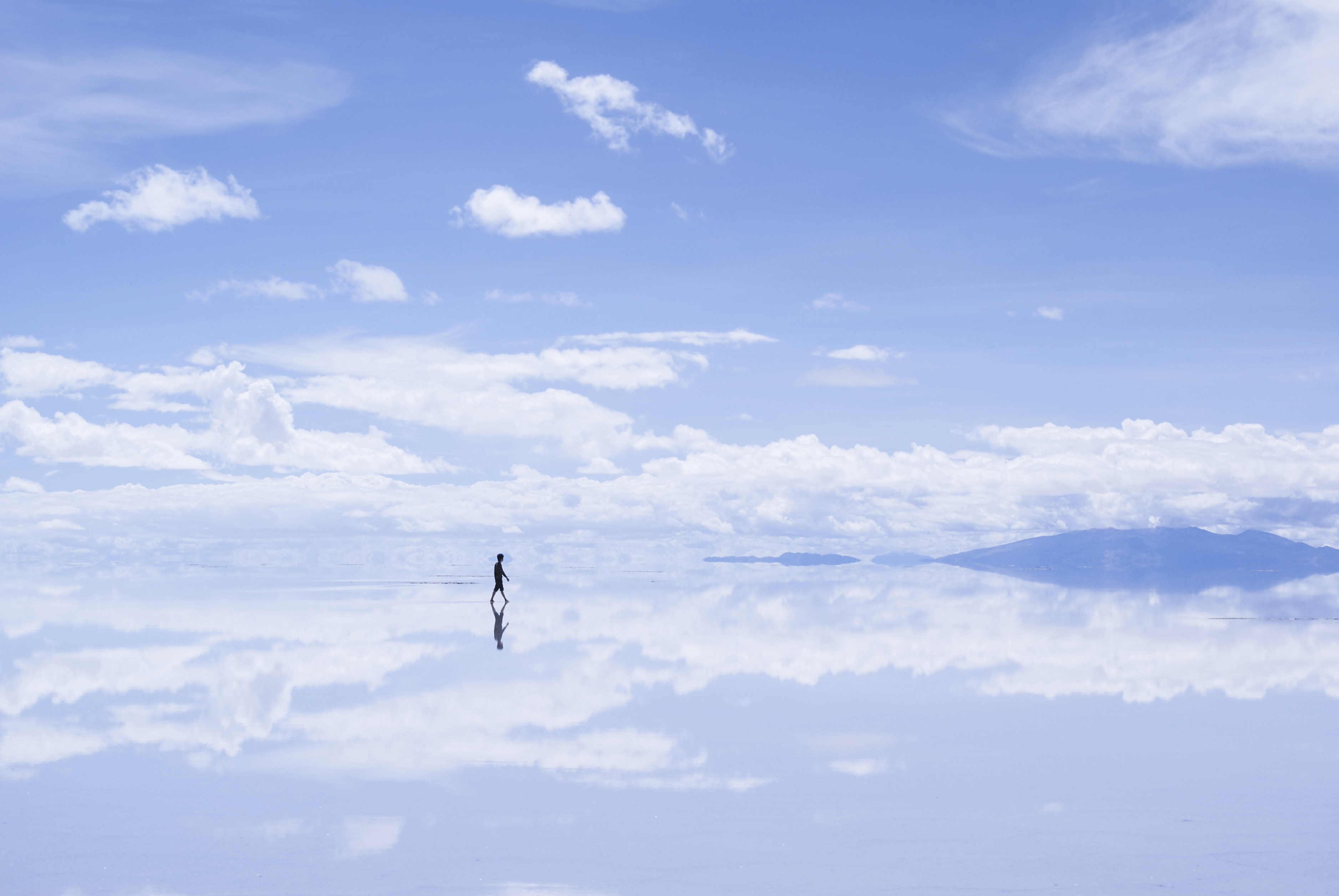