If you’re tired of resorts and underwhelmed by big cities, it may be time to inject a bit of wonder into your travels. The world may be getting smaller, but there are still some unsullied corners of the continents that promise uniquely beautiful views and experiences that will change the way you think about nature. From impossibly high lakes to frightfully dry deserts, these 10 tucked-away places are the definition of epic, and deserve your attention.

Tucked into a slice of the Atlantic between Scotland, Norway, and Iceland, the majestic Faroe Islands contain some mysterious northern treasures. Lake Sørvágsvatn is one such wonder, a tranquil lake that perches on a cliff 30 meters above the sea.  Sørvágsvatn is a “hanging lake”, and owes its mesmerizing quality to the optical illusion created by the undulating cliffs and immediately adjacent sea. 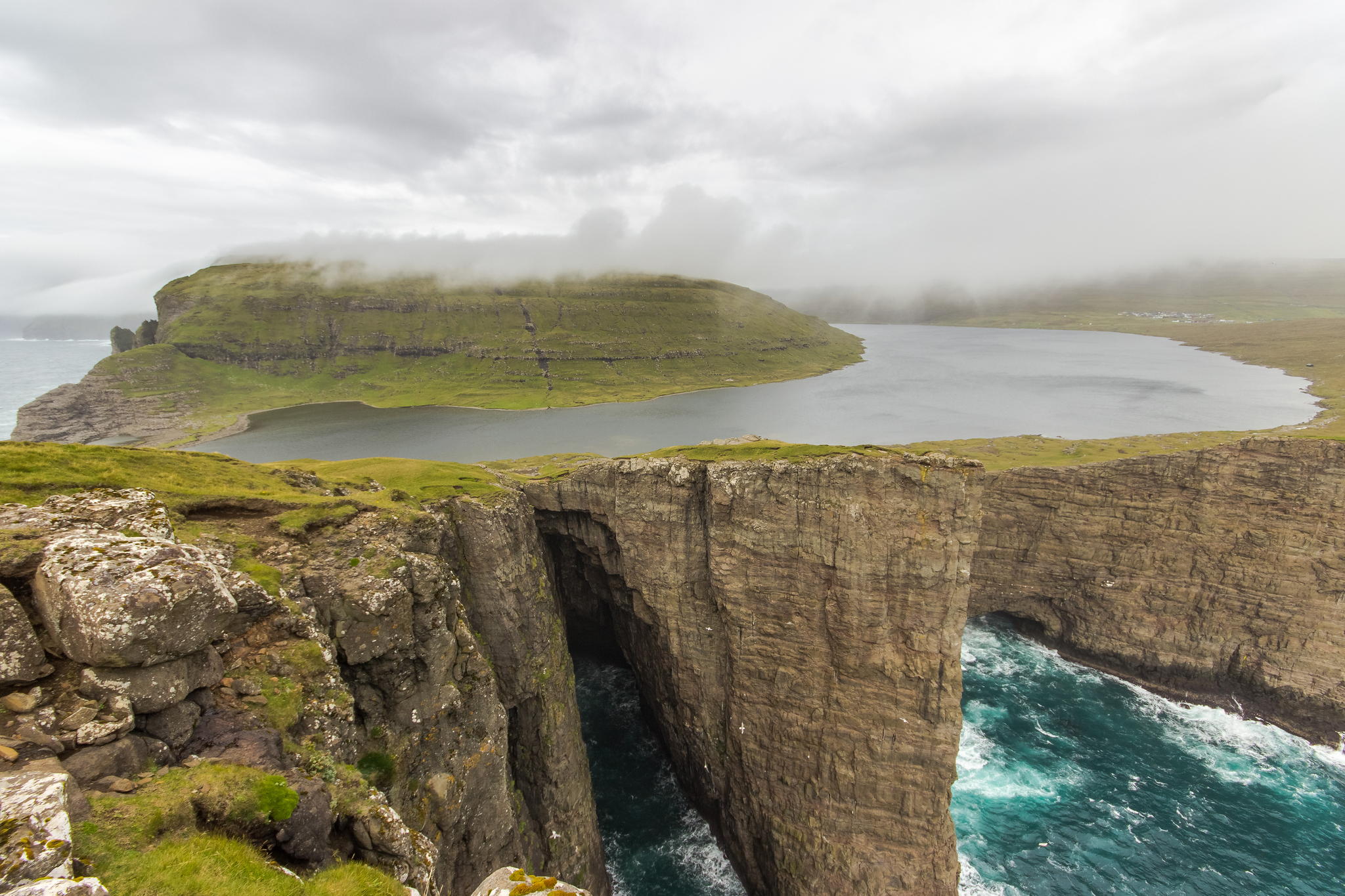 The surreal desert landscape of Namibia’s Namib-Naukluft Park is unlike any other place on earth. One of the world’s oldest deserts holding some of the most intriguing flora and fauna on the continent, the Namib Park is practically bursting with untouched, deep-rooted beauty. Perhaps the most striking aspect is the high contrast in color – jet blue sky, huge orange sand dunes, crisp white ground, and twisted trees make for extraordinary photographs. 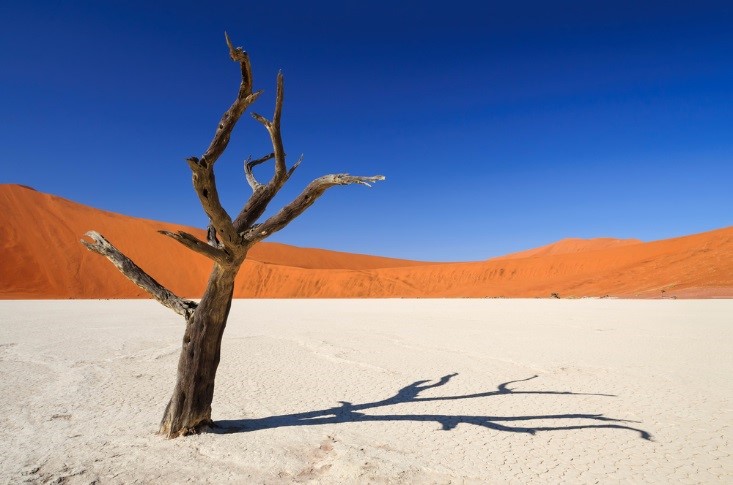 Namtso translates to “heavenly”, and that’s the perfect moniker for this soaring, crystal clear mountain lake. It’s the highest salt water lake in the world at 4,718 meters above sea level, and incredibly pristine: on calm days, the lake is a perfect mirror, reflecting the alpine sky and jagged mountain peaks of the Nyenchen Tanglha mountain chain. Caves, monasteries, and nomadic communities with their herds of yak complement the idyllic setting. 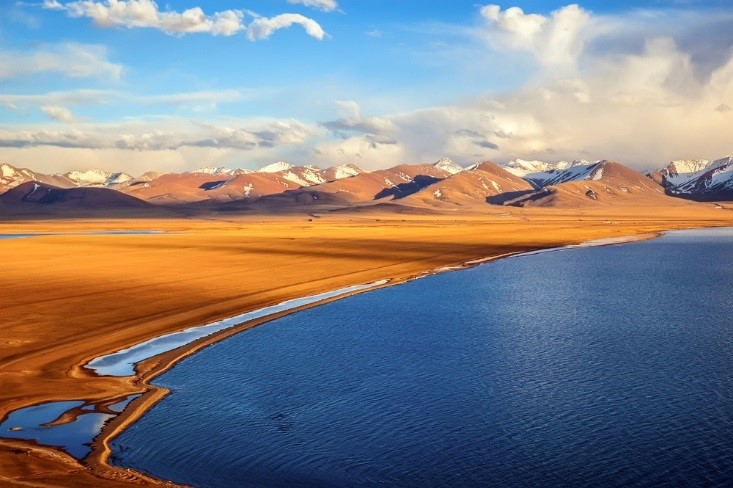 A natural gas field in Derweze, Turkmenistan has earned the nickname “Door to Hell”, and for good reason: this pit in the middle of a barren plain has been burning continuously for nearly four decades. It’s frightening and awe-inspiring, and visitors can walk up to the rim and peer into its blazing core. Not surprisingly, the effect is best at night, when the pit lights up the black sky. 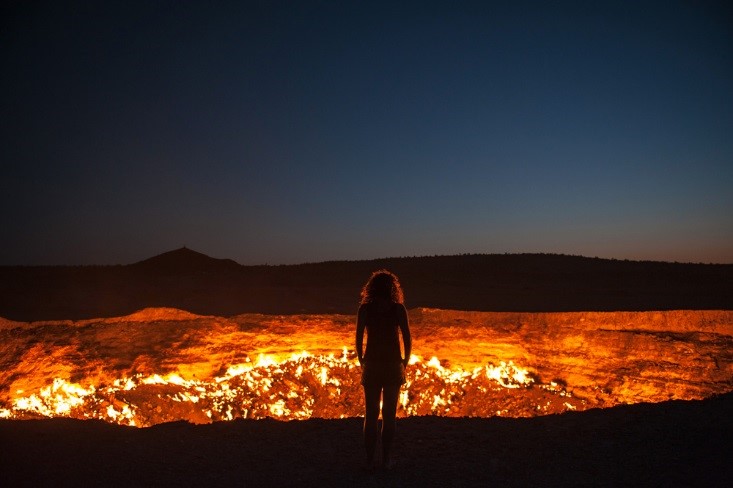 Antarctica is known for its massive glaciers with blue swirls and flocks of penguins, and Bransfield Strait is the best place to see them. It’s a narrow waterway that serves as an avenue for massive icebergs, colonies of penguins, and intrepid travelers. The extreme temperatures can be difficult to contend with, but you’ll be rewarded with a dramatic expanse of untouched glacial wilderness. 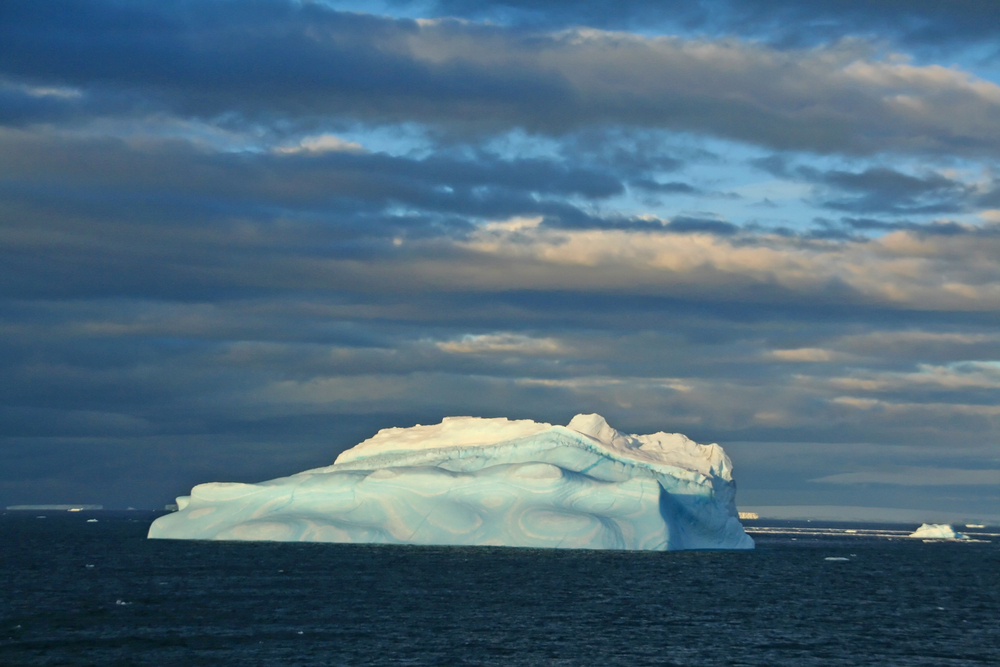 Deep down in Argentina’s hinterland, you’ll find this amazing park, a UNESCO heritage site and a veritable museum of glaciers. The star of the scene is Lake Argentino, and the three imposing glaciers that sit at one end, spilling icy water and tossing huge icebergs into the lake. Los Glaciares is one of the world’s largest fresh water reservoirs, but it’s also a surprisingly diverse ecosystem with acres of interesting terrain to explore. 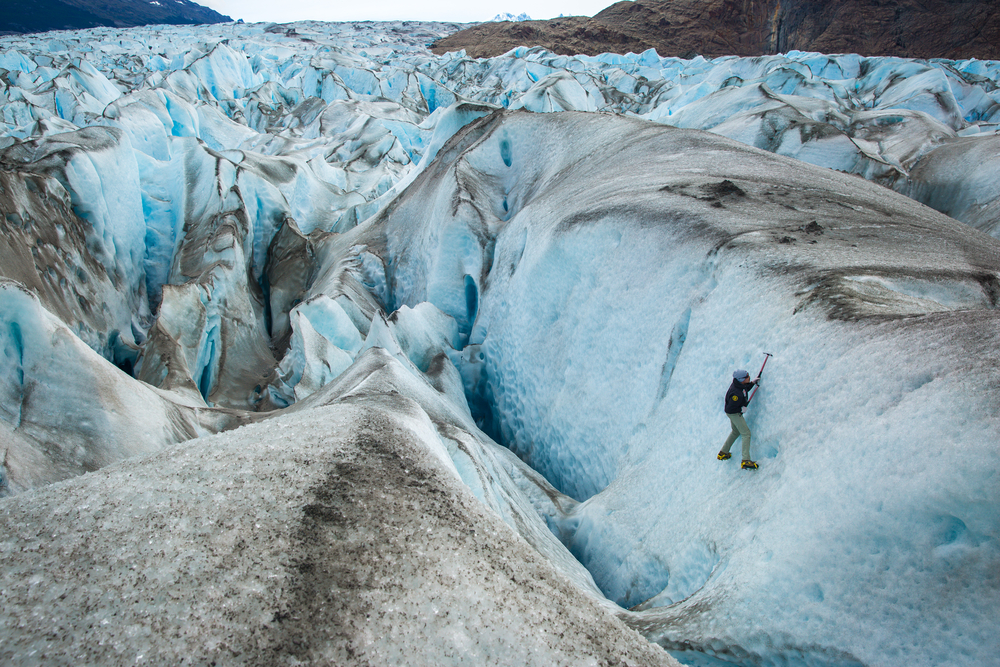 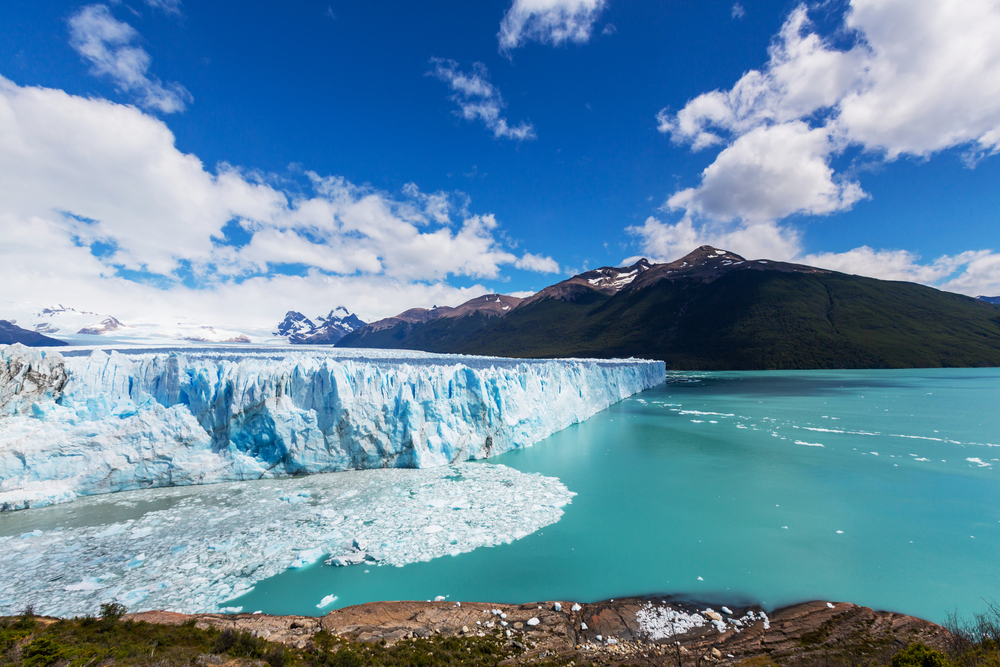 It’s difficult to get to, and most enjoyed from the air, but Greenland’s aptly named Elephant Foot glacier is a tremendous sight to see. The mountains that line the sides are thousands of feet high, which makes the glacier thousands of feet wide; the fact that it’s almost perfectly rounded and startlingly symmetrical makes it one of the most aesthetically pleasing glaciers anyone has ever come across. 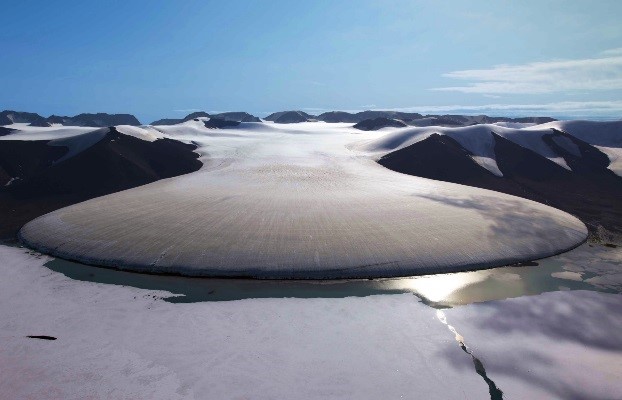 The Caribbean is known for its stunning ocean scenery, but this private island in the Bahamas (owned by David Copperfield) may win the prize for most unique. 150 acres of soft sand beaches and tropical flora blanket the main island and the three small surrounding islands, and a two-mile sandbar stretches over the turquoise surface, perfect for a romantic stroll. 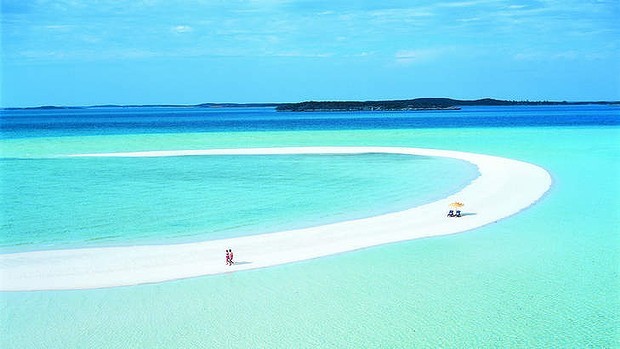 Portugal’s Odeleite River is almost cartoonish in appearance, it’s hard to imagine that it’s a real waterway. The exaggerated twists and turns of the stunning blue water stretch through the hilly terrain, forming the shape of a dragon (more or less). The image is far more impressive from above, when the blue of the sky colors the water; standing on the river shore, it looks disappointingly ordinary. Oman’s Rub al Khali (widely known as the Empty Quarter) is a breathtaking and unnerving stretch of desert dunes as far as the eye can see. In fact, it’s one of the world’s largest, unbroken, sandy deserts, covering four countries and thousands of square miles, and as merciless as it looks. High temperatures and disorienting uniform terrain make a guided expedition absolutely essential – lone wanderers could run into danger quickly. 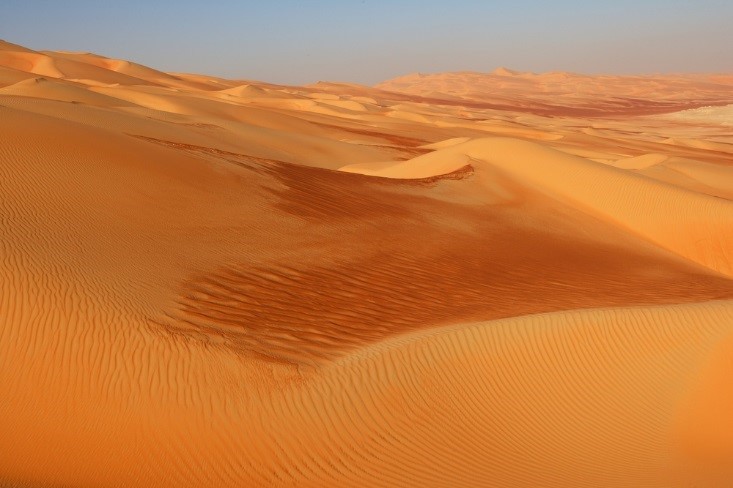 Happily, the remote locations mean there won’t be hordes of tourists at these sites, but it also means you may have to plan particularly carefully. Off-season travel may not be an option, especially when small flights and off-road driving is involved.