10 Of The Best Tours Of Iceland

Discover 10 Of The Best Tours Of Iceland 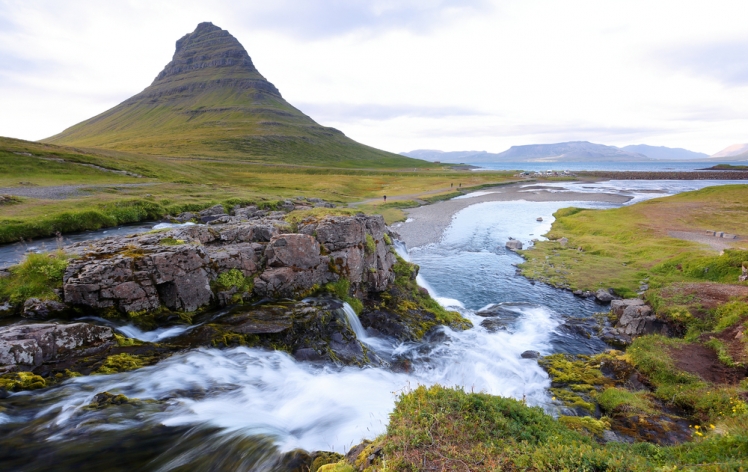 Most attractions on the 10 of the best tours of Iceland list are on what Iceland's tourist office calls The Golden Circle. Open all year, The Golden Circle is a circuit of about 300 kilometers, starting at Reykjavik, dipping south toward Iceland's uplands, and back. While you can join bus tours with groups of tourists, consider a jeep or snowmobile tour. You can visit attractions that tour buses cannot reach. Since your group is much smaller, around ten people, your tour guide can reveal secrets that may be inappropriate for larger groups. Travelers can drive themselves or join two or five-day tours, but with careful planning you can travel the route in one day. 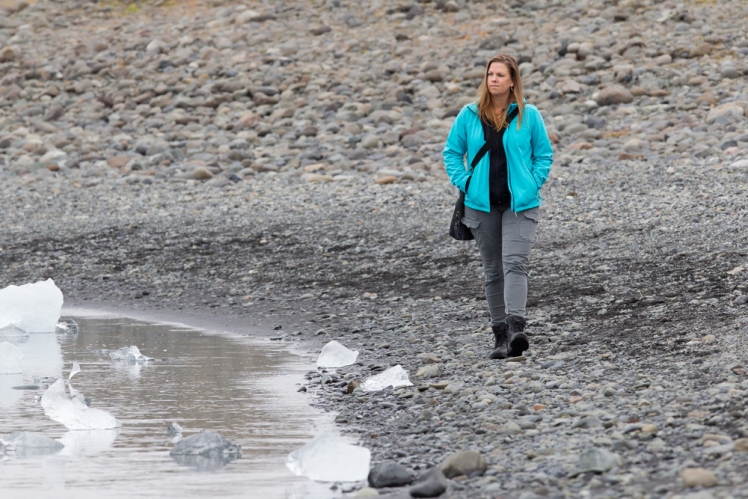 Jokulsarlon Glacier on the South Coast

One of the best Iceland tours is to the Jokulsarlon glacier lagoon, where you'll board a boat and glide between the ice chunks. During a two-day minibus tour, you'll go under the Vatnjokull glacier, Europe's largest, to explore an ice cave. You'll also visit the Skaftafell Nature Reserve and the black sand beaches, and view icebergs and waterfalls. During the winter months, your tour may include viewing the Northern Lights and, if conditions allow, the summer tours can include boat rides. You'll need to bring warm clothing and thick-soled shoes or hiking boots, but the guides provide ice crampons for patrons wearing normal shoes. 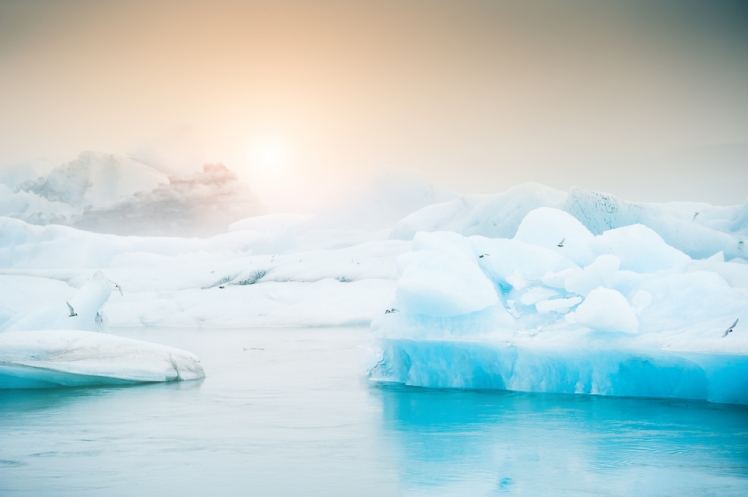 The Northern Lights, or Aurora Borealis, appear over the North Pole when electrically charged solar particles collide with earth's atmosphere, generating ripples of green, yellow, blue or violet light. The light can take many shapes but appears most often as wavy curtains with an other-worldly glow. You need a clear, dark sky to see them, so consider a seven-day self-driving tour and follow the Aurora online forecast for the best viewing. Some tourists choose one of the Northern Lights cruises. These vacation packages can include presentations about the Aurora's scientific, cultural or mythological impact. The cruises also make viewing the Northern Lights more comfortable as you may stand on deck or in glass-walled, heated lounges. 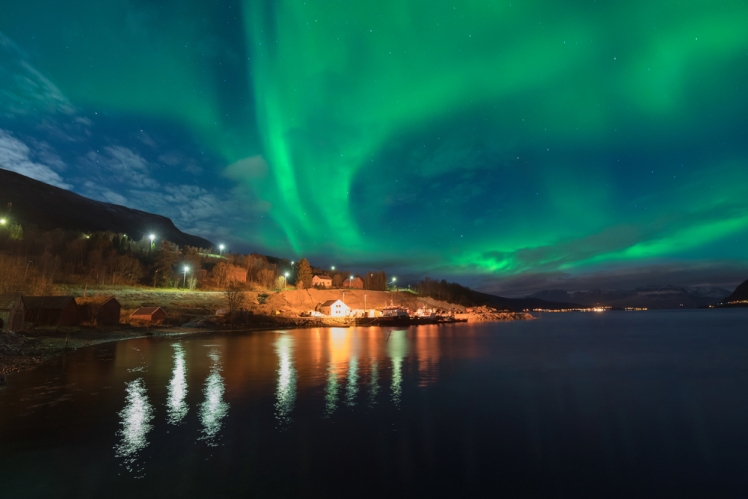 On the golden circle tour Iceland presents Thrihnukagigur volcano and its three magma chambers. This is the only place in the world where tourists can wander inside a dormant volcano with tour guides supplying helmets and harnesses. By elevator, you descend 650 feet into a room of vibrant colors, remnants from Thrihnukagigur's active centuries. Magma usually hardens inside a volcano's chamber at the end of an eruption. Thrihnukagigur's unusual three chambers drained 4,000 years ago, leaving open vaults, with one being larger than the Statue of Liberty. Plan your vacation for between May and October to reserve your spot on a six hour tour. 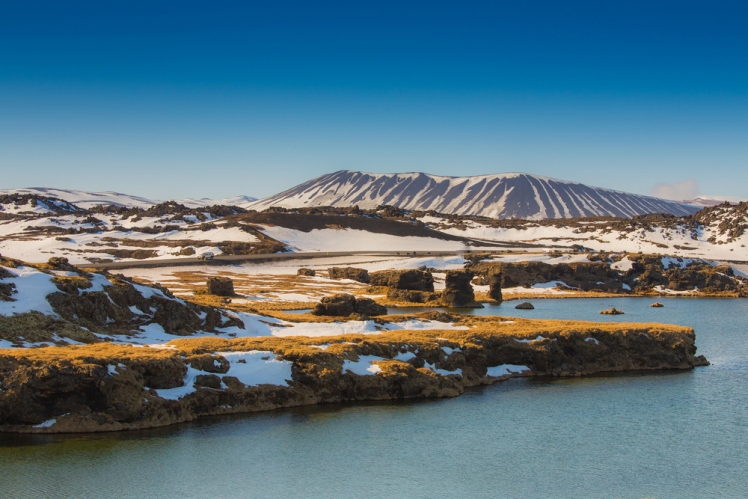 One of the 10 of the best tours of Iceland relies on the warm waters at Geysir. While you expect to see snowmobiling and hiking, few travelers consider snorkeling a Nordic pursuit. However, snorkeling at Silfra lets you view the great fissure where the European and North American tectonic plates meet and volcanic-heated waters rush to earth's surface. Visiting the continental rift means wearing a dry suit, as the water is only 2 degrees Celsius. Your tour begins in Reykjavik with meeting your guide at 9:30. Many tours include a visit to the Thingvellir National Park, Gullfoss waterfall and Geysir Hot Springs. Tours prices can include include Silfra's admission fees, snorkeling the rift and the equipment to do so, with transportation to and from your Reykjavik hotel. You'll need good walking shoes, warm underwear and outer clothing. If you plan to snorkel, you'll need a change of clothing and a towel. If you are vacationing with children, remember that many Iceland tours post suggested ages on their websites. The suggested age for Silfra's sightseeing tours is 12 years old.

Also near the Gullfoss waterfall lies the northern capital, Akureyri. This is Iceland's second largest town and is near Lake Myvatn's hot springs where you can join a tour to visit the craters, lava formations and waterfalls. Joining a tour means first flying from the Reykjavik airport to Akureyri to meet your tour guide. Before seeing anything else, you may spend time at the Gullfoss waterfall, where Thogeir Ljosvetningagod is reputed to have declared Christianity Iceland's official religion. The Skutustadagigat pseudocraters introduce you to the area's subterranean hot springs and the Dimmuborgir (Dark Fortress) lava formation. Through this part of the golden circle tour Iceland reveals how the country harnesses its geothermal resources to build a sustainable energy future.

Thorsmork, or "Thor's Valley," is a natural groove in Iceland's wilderness. It's populated with birch and demands visitors explore in four-wheel drive vehicles. Some tourists have suggested you take something for motion sickness, as the drive to Thor's canyons, caves and rivers is quite challenging. The valley lies between two glaciers, Tindfjallajokull and Eyhajhallahokull, and once there, you'll find several one-hour hiking routes. Descend to the valley floor, near the Krossa river where the valley narrows, and you'll find a warmer climate.

Snaefellsnes Peninsula shelters birdlife among its lava fields and waterfalls. The peninsula is a geological treasure dominated by the Snaefellsjokull volcano that inspired Jules Verne's "Journey to the Center of the Earth." With the volcano, you'll also see the black pebble beach and its seasonal occupants, the seals. If you join a tour for hiking, bird watching and sightseeing, wear warm clothing and good walking shoes, as the tour can take eleven hours. While some of the best tours of Iceland do not provide meals, they stop for lunch and afternoon tea or coffee breaks.

Did you know that around 20 cetacean (whale) species frequent Iceland's waters? Whale watching tours can include humpback, blue and minke whales along with harbour porpoises and white-beaked dolphins. Iceland lies near two currents, one from the cold Arctic Sea and the other from the warmer Atlantic Ocean. This combines with the shallower depths to make the waters around Iceland ideal feeding grounds for seagoing mammals. You can find Iceland tours combining whale watching with other attractions in The Golden Circle.