10 of the Scariest Desert Animals to Avoid

There are some beasts out there that are best left alone. Whether they are aggressive, poisonous, venomous or boast jaws full of razor-edged teeth, these are some scariest desert animals you do not want to mess with! If you live in the desert or are due to visit then these are the critters you should know to steer clear of:

The brown recluse has a particularly nasty venom and is found in central and southern states. They are distinguishable for the violin shaped markings on their back and the unusual six eyes in three pairs, whereas most spiders have eight eyes. It’s called a recluse because it is naturally shy and won’t seek out human attention, choosing to dwell in dark places such as closets, under porches or trash cans for example. People react differently to a bite from a brown, with some barely experiencing a problem at all. Others will have a painful reaction and need to seek medical help.

You’ll know when you’ve rattled this snake as they use this noise as a warning sign. If you’re a resident in the southwest then you’ll no doubt have heard this sound a few times from your yard. The snakes are venomous and there are more species of them in Arizona than any other state. They can grow to be up to eight feet long, will also hiss at you and have a distinctive triangular shaped head. Even though their venom is very dangerous, it is rarely deadly with proper treatment and antivenin. 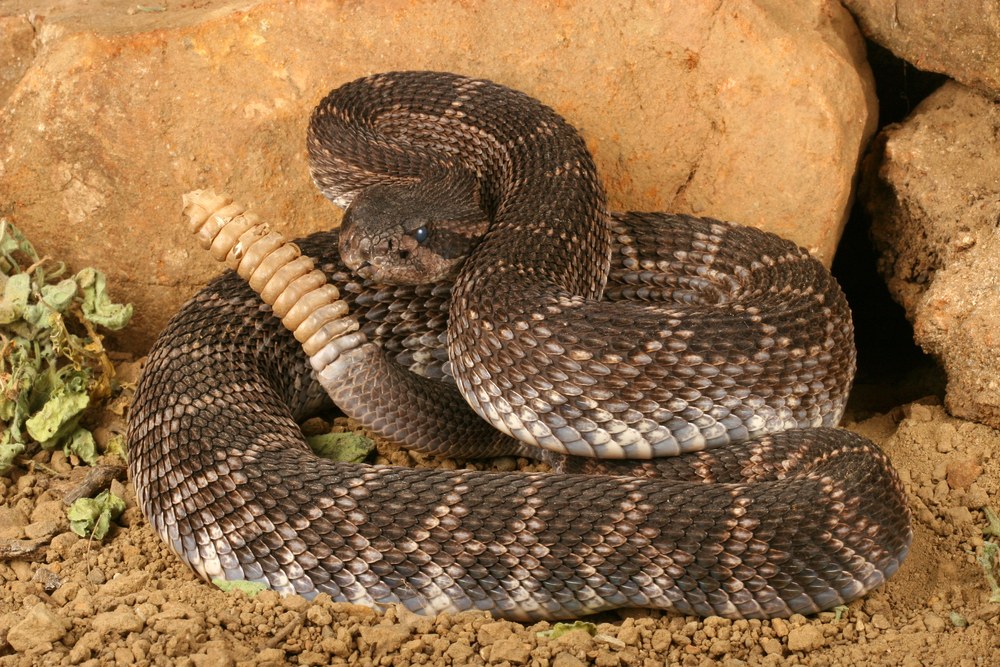 This beast is the largest lizard in North America and one of only two venomous lizards on the planet! They can grow to about 20 inches long and are covered in scales of pink, yellow and orange markings. They live in burrows underground and mostly enjoy sunbathing when it’s not too hot. There is no antivenom for a Gila bite but although painful, their bite is not deadly. The trouble with these critters is that once they bite, they hang on for dear life! You’ll need to pry open their jaws with a stick. Ouch! 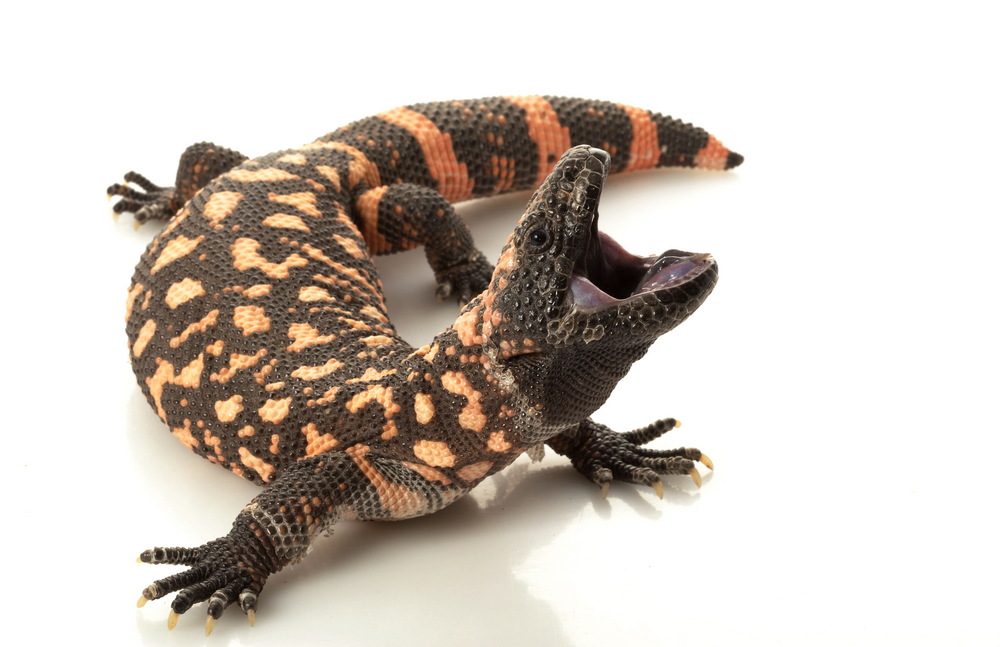 They might be small but they do pack a punch. They are brightly colored and highly venomous, with the strongest venom of all snakes bar the Black Mamba. Thankfully for us, their venom delivery method is somewhat ineffective! Western coral snakes are found in Arizona and Northern Mexico, living under rocks or hiding in sand. They have such a small mouth and fangs that it’s difficult for them to puncture our skin but a bite can be painful although not deadly as there is now an effective antivenin. 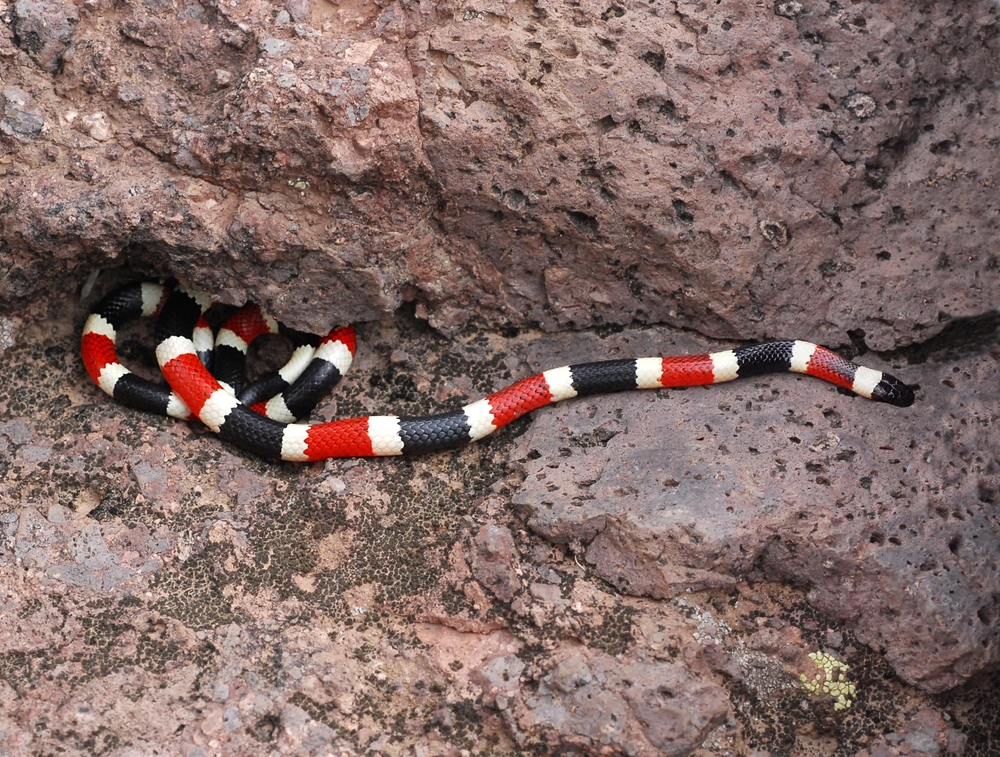 Definitely one to avoid, the sting from this scorpion can be lethal to young or old people. It’s small and light brown with thin pincers. The scorpion likes to live where there is a good supply of insects and somewhere humid. They are shy and would rather run away then take you on but if you get a bite, you could end up in awful pain, breathing problems or convulsions. Their sting is rarely fatal but not beyond the realms of possibility for young children or the elderly.

Nobody likes wasps, they’re just plain mean but they do play an important job in controlling the insect population. In desert areas, the worst wasp you can have the misfortune of meeting is the Tarantula Hawk. They are big and tough and actually attack tarantulas! A sting from one of these monsters is said to be the most painful sting you can get from any critter in North America but it won’t kill you. 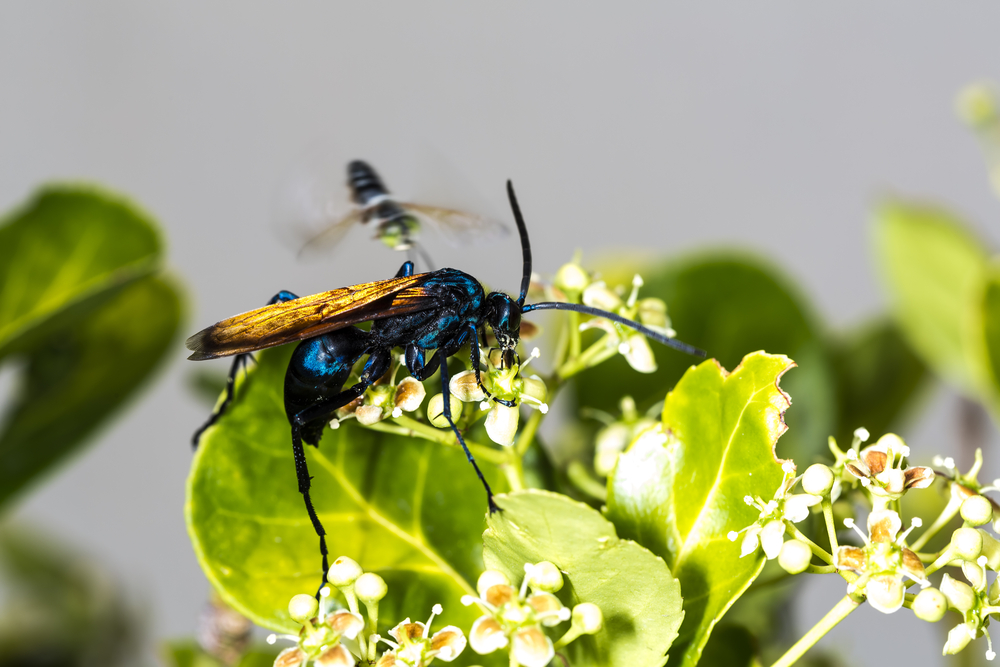 Moving away from creepy crawlies, another feared desert predator is the cougar. Also known as the Mountain Lion or Puma, these stealthy, graceful cats can occupy more diverse habitats than any other mammal. A nocturnal creature, the cougar displays incredible speed when chasing down prey, before crushing and slashing with its sharp claws and teeth. They do not very often attack humans and only 16 people have been killed in the last hundred years. When you learn that 10,000 people were killed by deer – that kind of puts it into perspective! 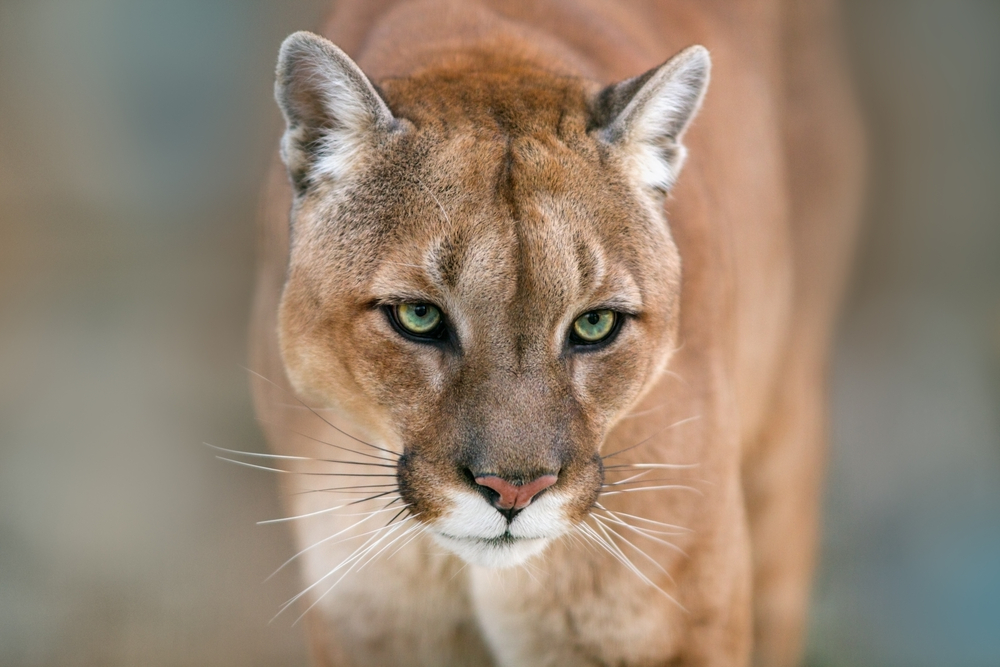 These crazy critters were introduced into the United States during the 1930s and have happily spread across the warm states with hardly any predators. The ants are very aggressive and will repeatedly sting any person or animal who stands on a nest. They grab prey with their stingers and inject venom, which is highly irritating, painful and sometimes fatal if a severe reaction occurs. 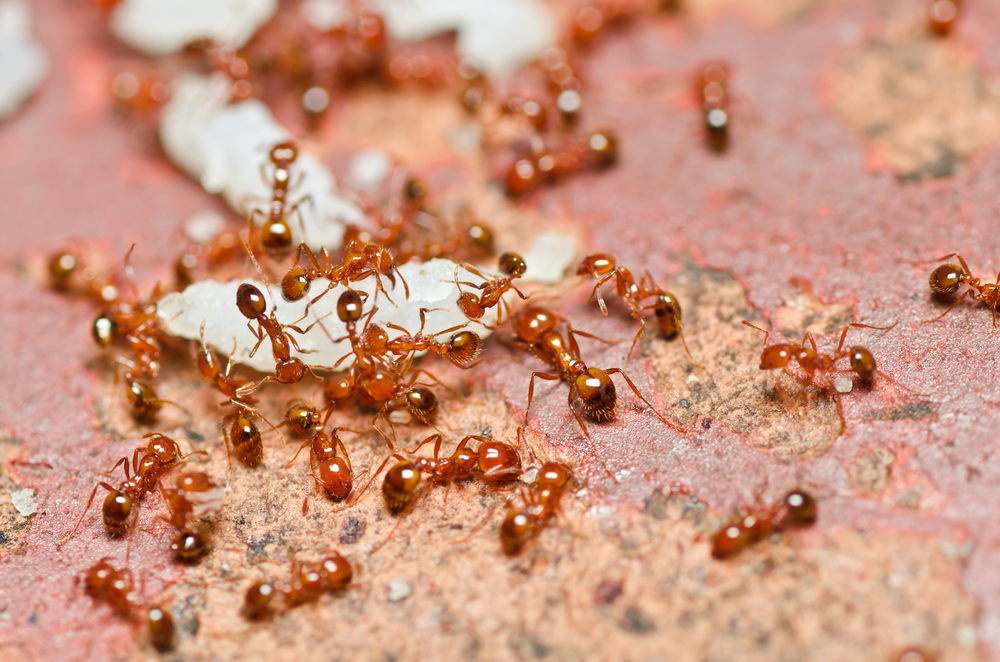 Found in the desert washes of the southwest, this animal is also known as a peccary and although it looks like a pig, it isn’t. You’ll want to avoid the big, sharp, canine-like teeth though. They will normally run away but if disturbed, they can charge and are known to be a bit grumpy! Best advice is to climb a tree (if there is one). 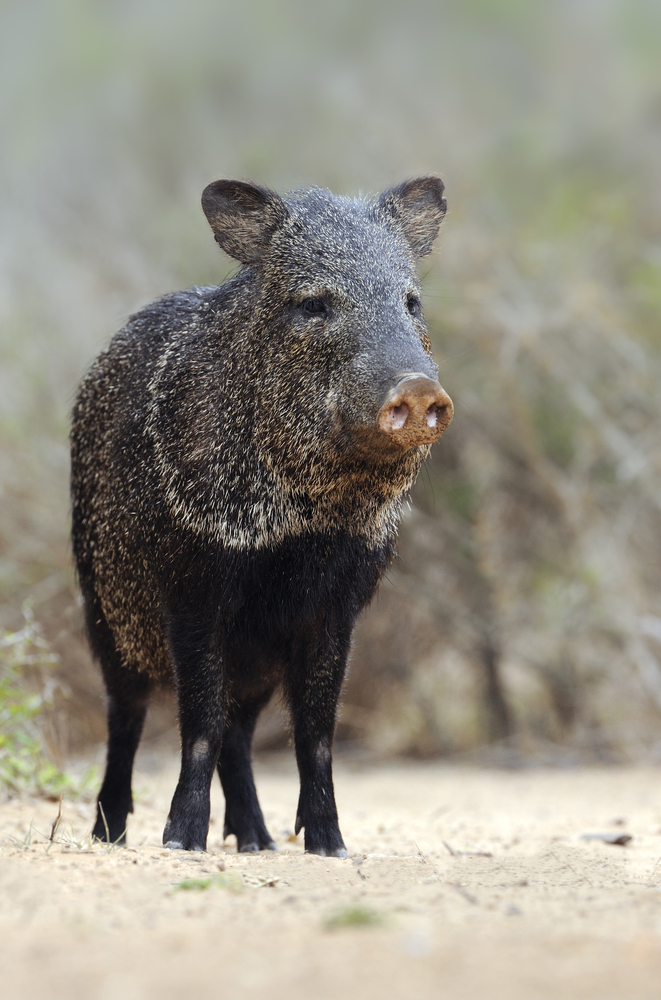 These feral pigs are causing quite a stir as it seems they are ravaging their way across America, causing $1.5 billion in damage every year. There are said to be 2 million of these hogs roaming in Texas alone. Equipped with sharp tusks, a hefty frame, a bad attitude and a quick-thinking brain – wild boar can be more dangerous than bears! 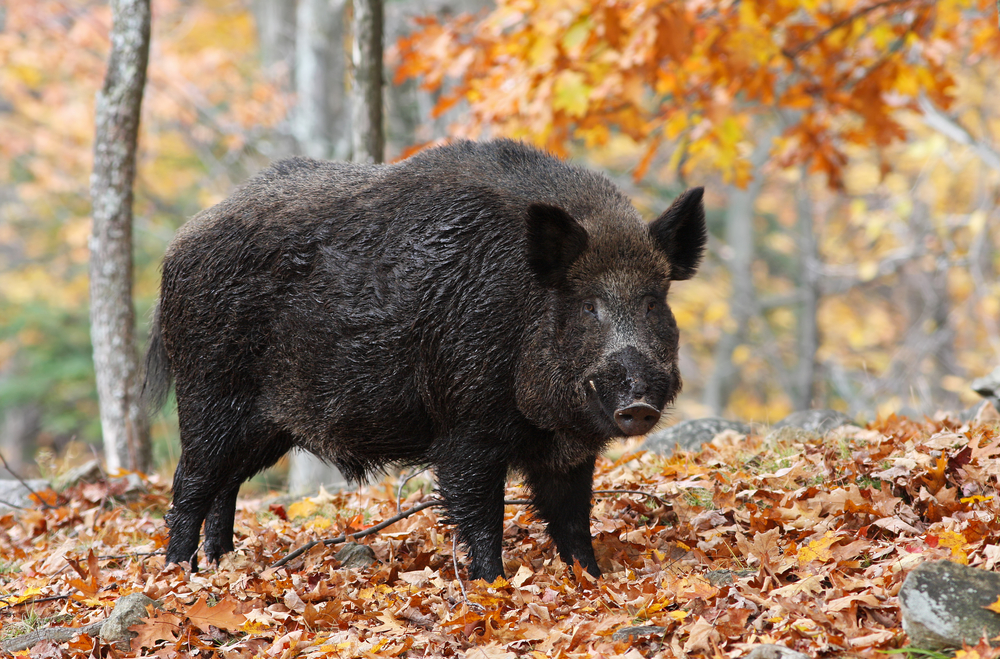 Comment on 10 of the Scariest Desert Animals to Avoid