10 of the World’s Strangest Delicacies That you Should Try

When you travel to different countries around the world, you are given the opportunity to try exotic food that you don't usually eat. Sampling local dishes is a great way to stimulate your palate and broaden your culinary horizons. It can also give you ideas for new meals you can create at home. However not every national dish will be appealing to everyone. We've compiled a list of some of the world's strangest delicacies , but you need to realize that what we may perceive as strange, is probably a staple food in some people's diet.

Quite a lot of the dishes around the world will contain staple ingredients that you already consume, such as meat, grains and vegetables. However what makes them different is usually the preparation and combination of food and spices. If you don't usually try new food, then you are limiting options and preventing yourself from discovering new food that you might enjoy. So give your taste buds a workout with 10 of the strangest delicacies that you can find around the world.

Fried spiders are a regional delicacy in Cambodia which are mainly found in the market town of Skuon. They became popular in the late 1990s and have been described as a cross between chicken and cod. The spiders are deep fried in oil and usually seasoned with salt and garlic before being served at market or in a restaurant. The legs of a fried spider are quite crispy as they do not contain much flesh, while the head and abdomen are a lot softer and have a delicate white meat. These are one of the strangest delicacies you can find in the world, and although some people do enjoy them, they aren't for everyone. 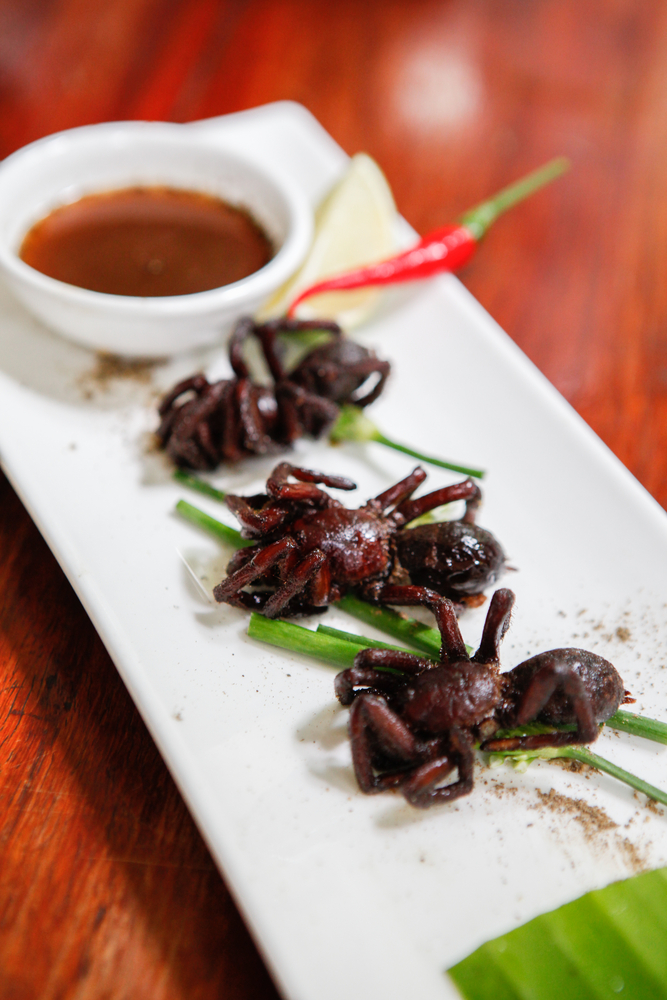 Take a break from your standard chicken or tomato soup and consider having a bowl of white ant eggs soup. This unusual soup tastes a little like shrimp, and is made from a mixture of ant eggs and partial embryos from a white ant, in addition to a few baby ants to add a hint of sourness. You may think this unusual dish is made from a strange concoction, but this delicacy is supposedly quite tasty. 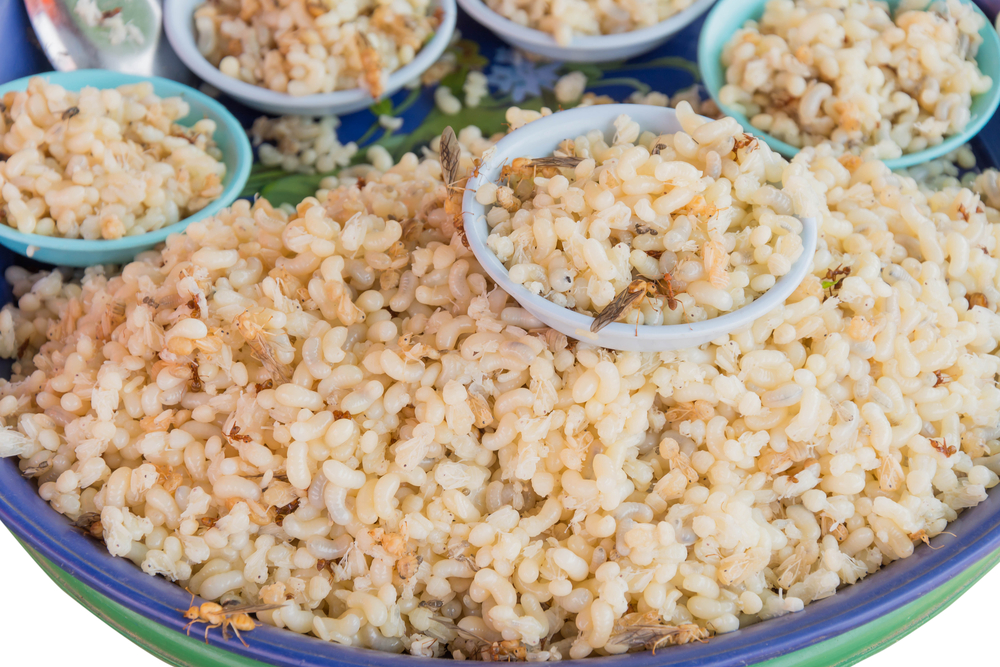 Escamoles are the edible larvae of an ant species, and they are a native dish in Central Mexico. The larvae is described as having a consistency that is similar to cottage cheese, with a nutty flavor. Although this classed as one the world's strangest delicacies, it is commonly eaten in Mexico. To prepare escamoles they are usually pan fried with butter and spices, and used as a filling for tacos and omelets. But they can also be served on their own with guacamole and tortillas as accompaniments. 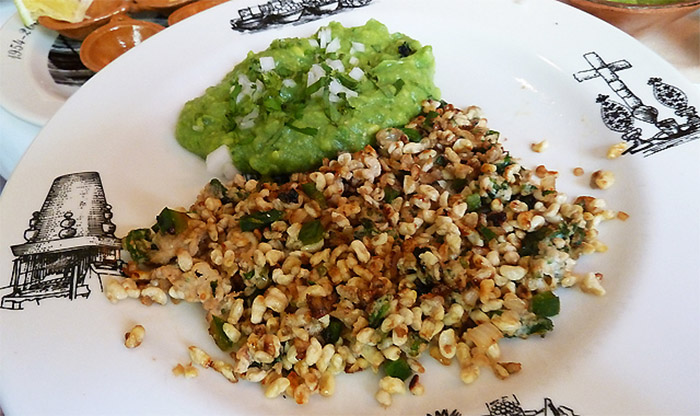 Shiokara is made from marine animals such as squid, tuna or oysters. It consists of small pieces of the animal's meat fermented in their own viscera (internal organs). The flavour of the dish has been compared to preserved anchovies, as they have a similar salty fish taste. One way of consuming them is to eat them in one gulp and follow it with a shot of straight whisky. 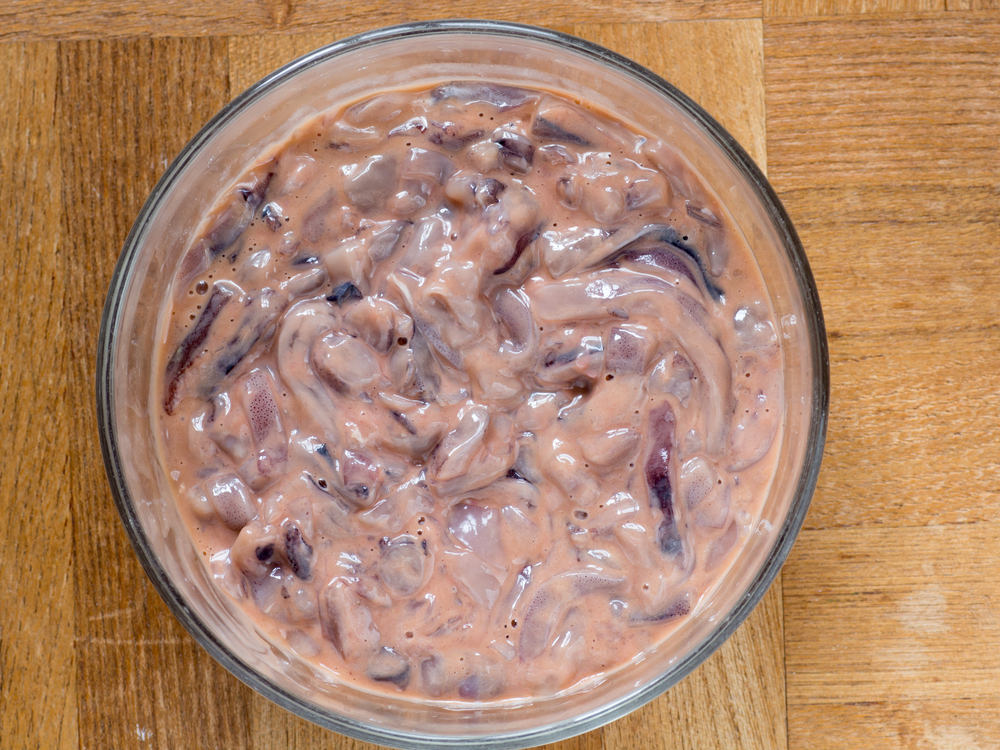 Airag, also known as kumis, is a type of beer made from fermented horse milk. The beverage is made by taking a mare's milk and fermenting it for hours or days, while stirring and churring it. The yeast in the milk carbonates it, while the fermentation turns the liquid alcoholic. It is said that the alcoholic proof of Airag is more than beer, but slightly less than wine. It is traditionally served in bowl shaped cups and has been described as very tasty, so if you're a fan of sampling different alcoholic beverages, this is one of the delicacies that you should try. 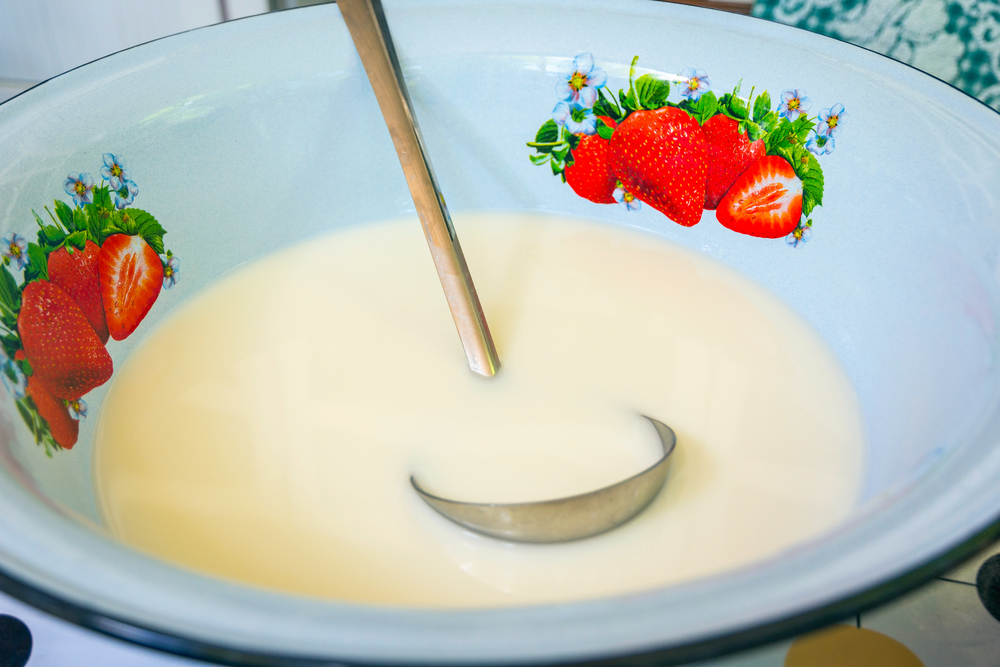 This is not your average fish pie, as you can clearly see the heads and tails of the fish which have been cooked into it. The unusual dish comes from Cornwall in England and is usually made from baked pilchards, eggs and potatoes, and covered with a pastry crust. You can use different fish instead of pilchards, but in order to remain a stargazy pie, the fish heads need to poke out of the top of pastry. This way the fish look like they are gazing up at the stars. 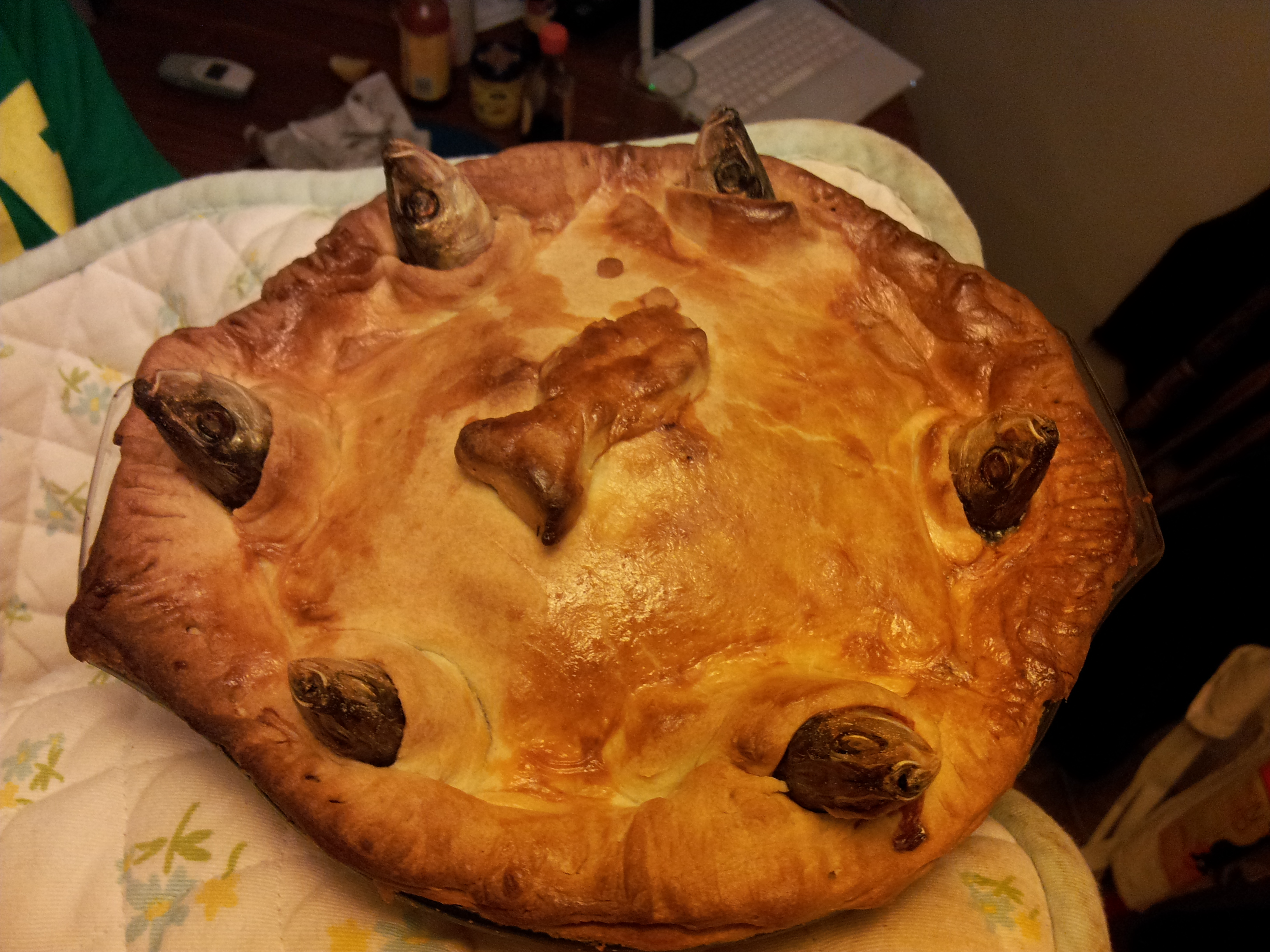 Ukraine's national dish is Salo, which is slabs of cold, white pork fat. The fat is usually smoked and left in a cool cellar for a year before being sliced thinly and consumed with food such as rye bread. Although it is high in calories, Ukrainians love pork fat and even have a 'festival of lard' to celebrate it. You can try Salo in a variety of weird and wonderful dishes by visiting the restaurant located at the Salo Art Museum in Ukraine. Surprisingly they have managed to incorporate Salo into every item on the menu, including the desserts! 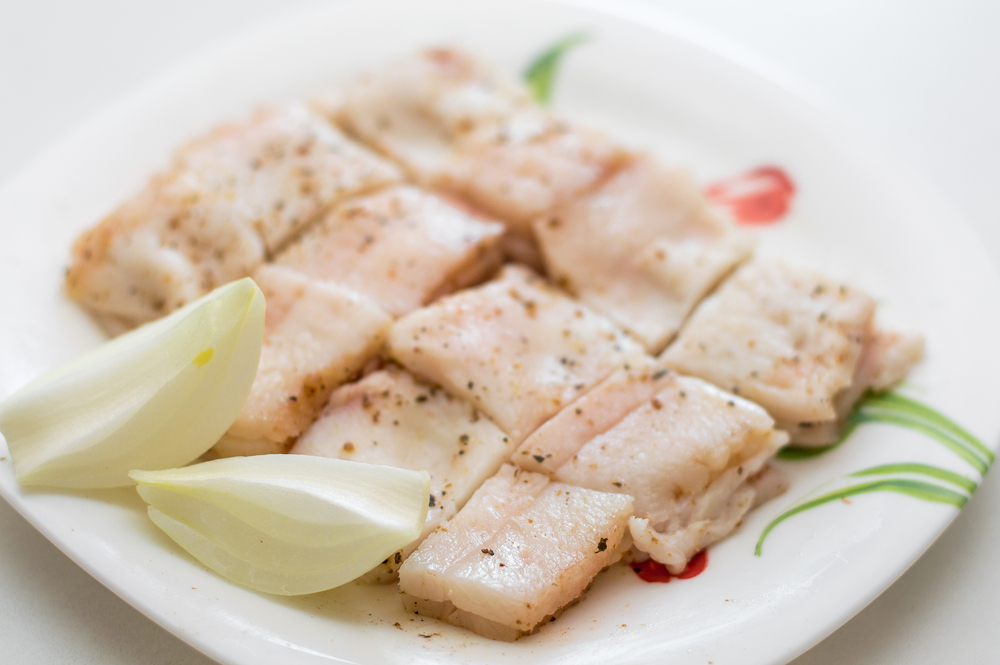 A witchetty grub is an Australian term for the large white larvae of several moths. This larvae feeds off the roots of the witchetty bush that is found in central Australia. It is a high protein food that can be eaten raw or lightly cooked in hot ashes. The taste of a witchetty grub is similar to almonds when it is eaten live and raw, but once it is cooked, the skin crisps up and it tastes more like chicken or prawns. 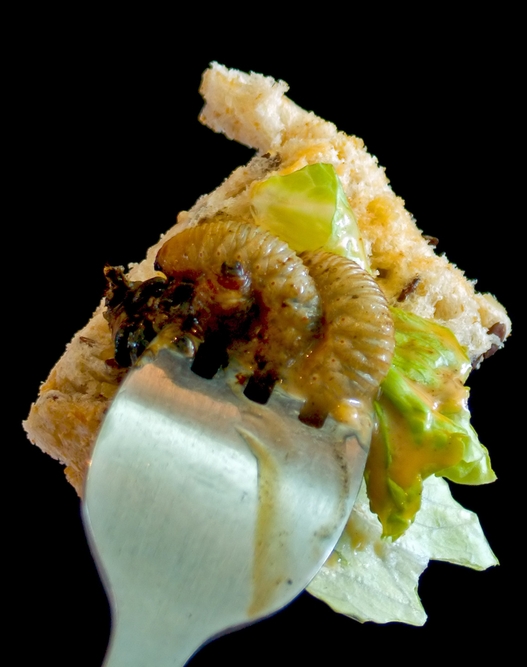 Despite the misleading name, these eggs aren't actually 100 years old, but just a couple of months. In China, these eggs are made by preserving duck, chicken or quail eggs by covering them in clay, ash and salt for months. The preservation process causes the yolk to turn a dark green color, which gives it a very creamy consistency, while the egg white becomes a dark brown jelly that has a salty flavor. You can try this strange delicacy either on its own or as a side dish. 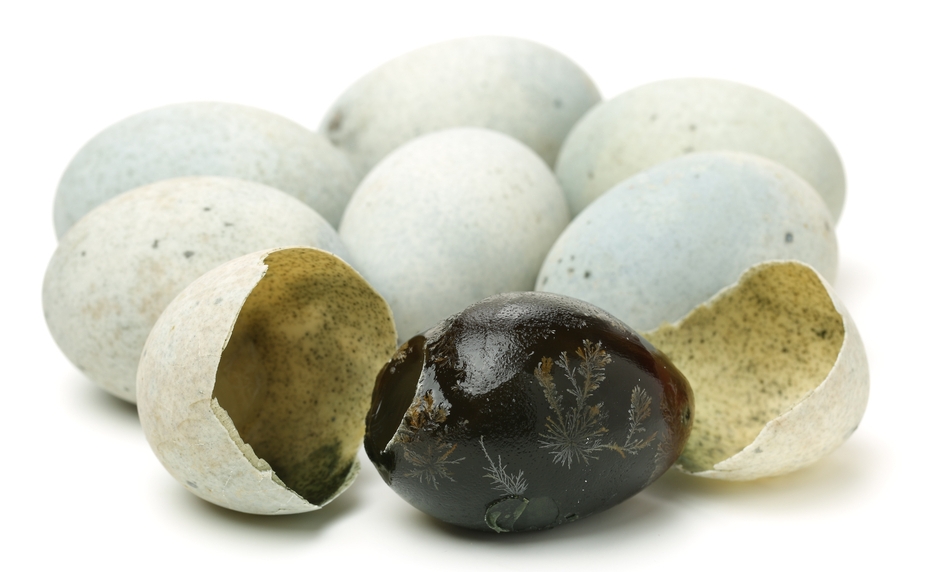 Sannakji is a traditional dish of octopus that has been cut into small pieces while still alive and served immediately. This is definitely of the strangest delicacies you will find around the world, as the pieces of octopus are usually squirming when they are presented to the consumer. It is advised that special care is taken when eating Sannakji, and you can find it served in restaurants, and also as a snack in bars to accompany alcoholic drinks such as Soju. 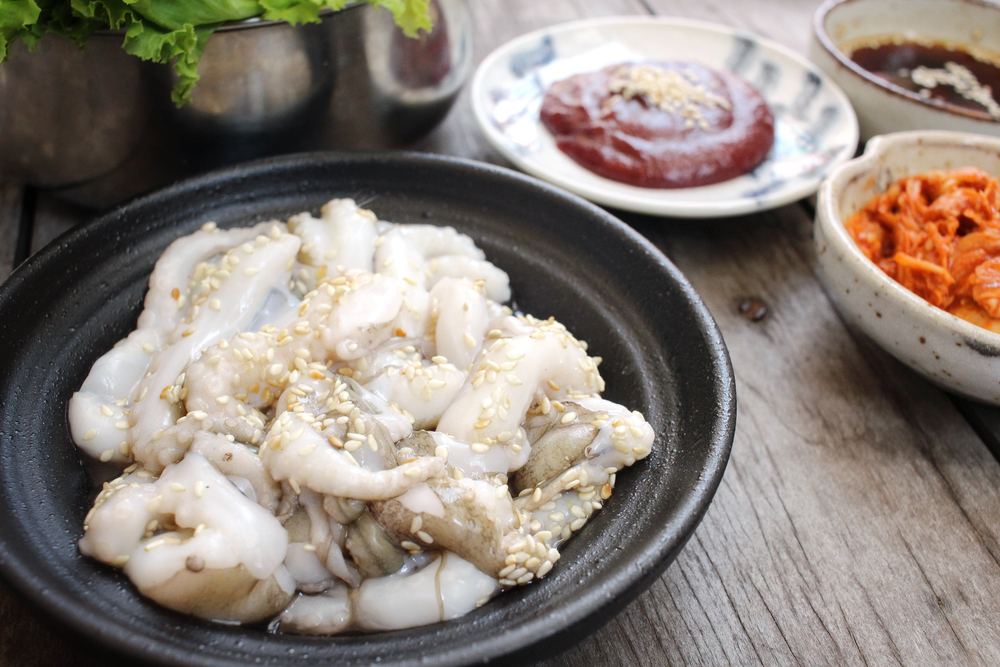