So you're looking for a little adventure eh? Well, look no further than Hawaii. The U.S. State, located in the Central Pacific, has islands renowned for rugged cliffs, waterfalls, tropical foliage and colorful sand beaches. In other words, it lacks nothing when it comes to adventure. In fact, just looking out the airplane window as you are preparing to land will leave you breathless. You will experience the spirituality of the hula, the power of an active volcano, the beauty of marine life and the fright of massive waves. So if you're planning a trip to Hawaii for your next vacation, consider visiting the attractions below, recommended by National Geographic, to ensure you get the most of what Hawaii has to offer. 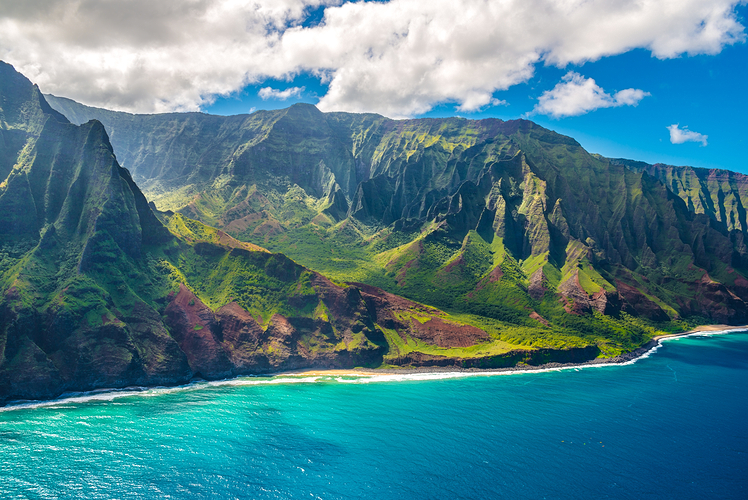 The Kalalau Trail is a 22-mile round-trip that cuts through the popular Na Pali Coast, a beautiful area ripe with picturesque cliffs and lush valleys that sit beside the blue Pacific. The trail is popular for those seeking adventure because of its frightening drop-offs and cliff-grabbing turns. After you go through five valleys the path will end at the sands of Kalalau Beach, a welcome ending to your adventure. You can camp here and enjoy all that nature has to offer, including sleeping under a jungle canopy. 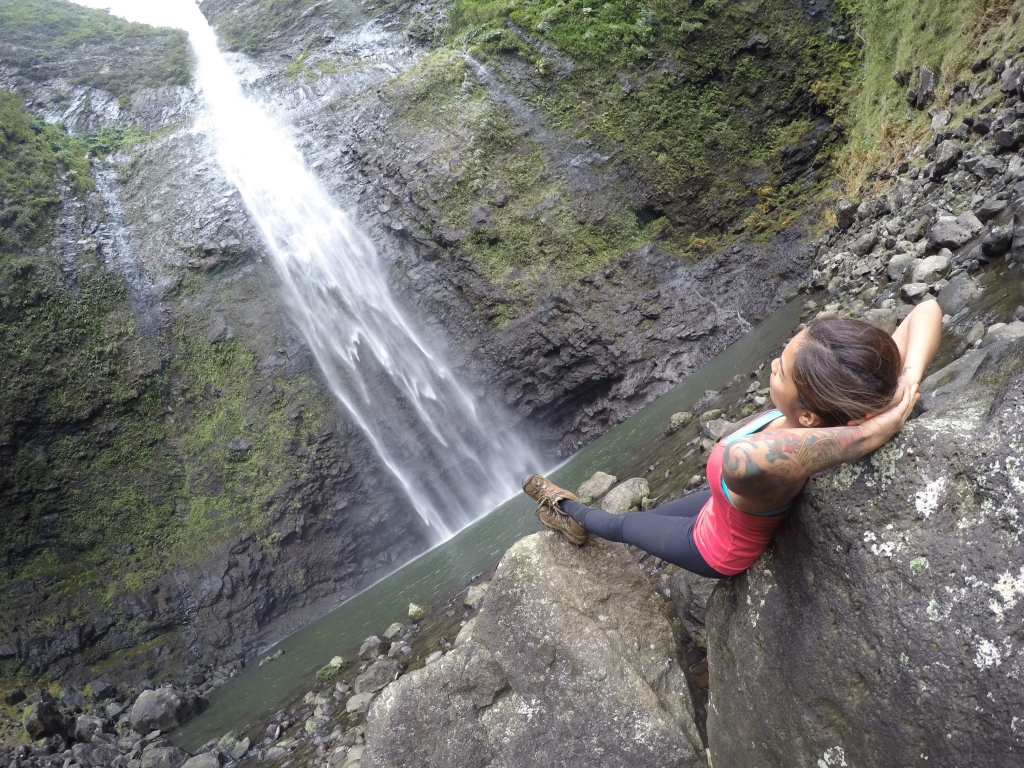 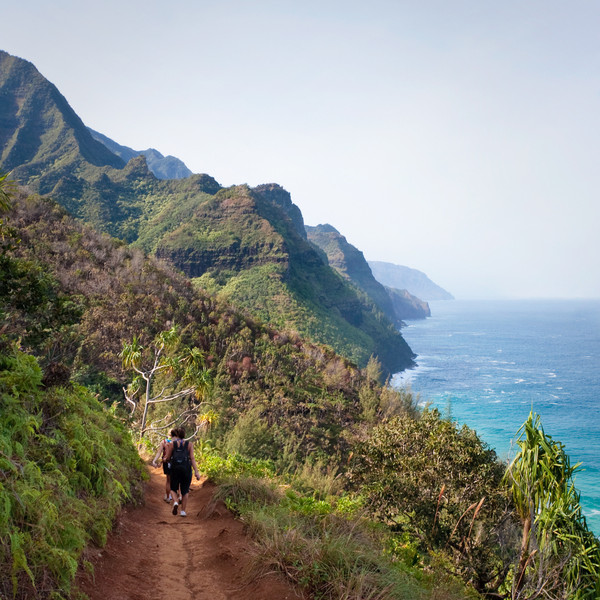 Whale Watching off the Waters of Maui Nui

Every year, more than 10,000 humpback whales arrive here, coming 2,500 nautical miles from Alaska to mate, give birth and nurse. In fact, Hawaii is the only state in the nation where all three of these activities take place. The best place to visit to see these massive mammals flip and spin is the waters of Maui Nui, an area between Maui, Lanai, Molokai and Kahoolawe islands. 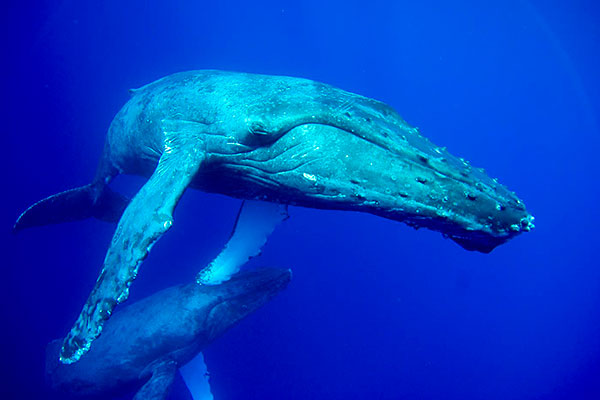 If it's diversity you are looking for, you don't have to look any further than Hawai'i Volcanoes National Park. With 333,086 acres and seven ecosystems, you will be kept busy trying to see everything. The 11-mile Crater Rim Drive will take you to the summit Caldera of Kilauea, one of the worlds' most active volcanoes. You will also get to visit the Steam Vents to watch steam rise from the Earth's interior as well as the 500-year-old Thurston Lava Tube, which is a natural tunnel that once housed a river of molten lava. You can also take a drive on the Chain of Craters Road, a 20-mile drive that descends 3,700 feet to the coast. Make sure to stop and hike to Puu Loa Petroglyphs, where you will get to see about 23,000 images carved into stone by ancient Hawaiians. 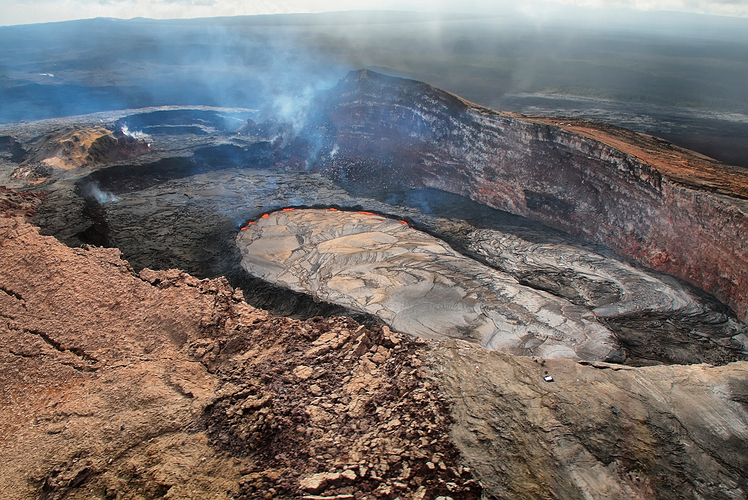 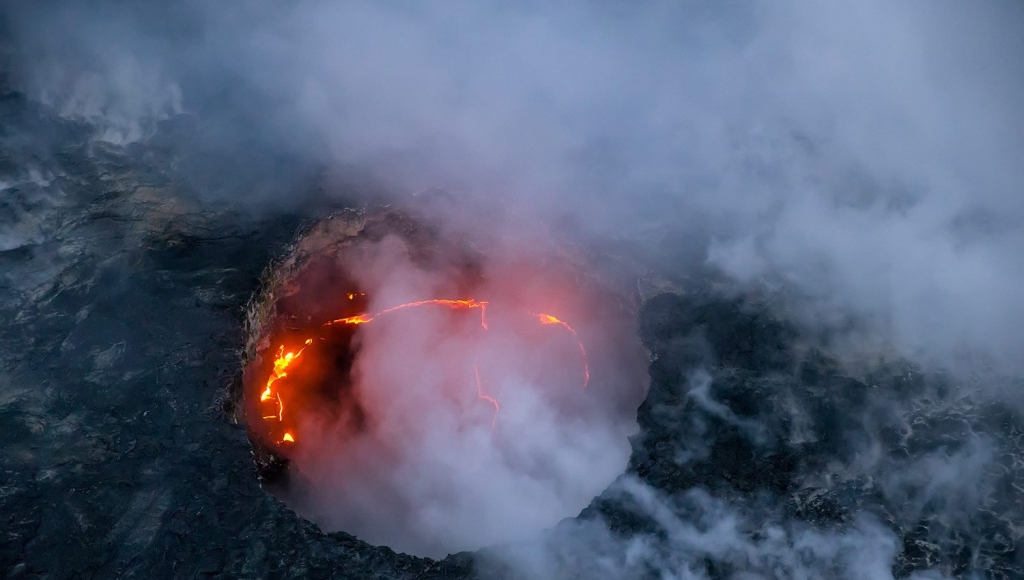 Grand Canyon of the Pacific

Get your camera ready because Waimea Canyon has some of the most beautiful sights you will ever see. Located on Kauai's west side, the 2,750 feet deep canyon has rugged cliffs in gorgeous colours of red, green, brown and orange. You can go deep into the gorge by hiking the 2.5 mile Kukui Trail or you can drive along Waimea Canyon Drive to Waimea Canyon and Puu Hinahina Lookouts. But make sure you check the weather forecast before you go. If it's a cloudy day you won't get to see much. 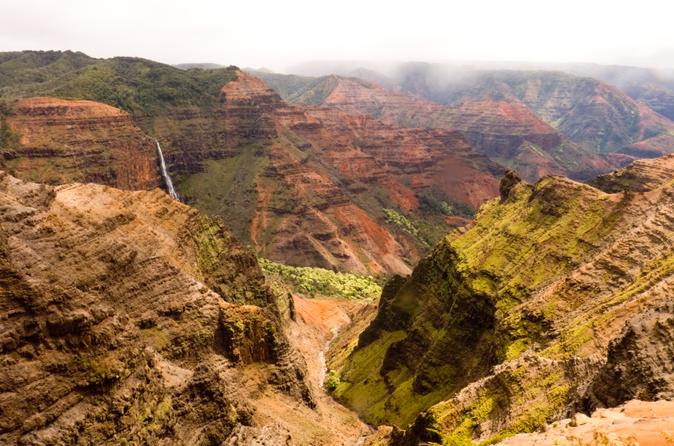 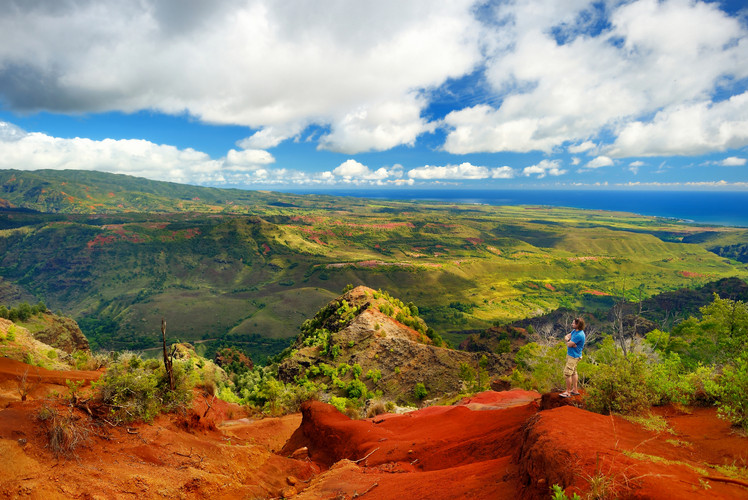 Take on the North Shore of Oahu

Surfers from all over the world travel to the North Shore of Oahu every year to take in the massive waves. If you are looking for the best of the best, visit during the Vans Triple Crown of Surfing, a professional competition held Nov. 12 through Dec. 20 at Haleiwa's Aaslii Beach Park, Sunset Beach and Banzai Pipeline. These surfers take on the most dangerous, yet adventurous, waves around so you won't be disappointed while watching. During breaks you can test out the local cuisine with the roadside shrimp trucks or travel into Haleiwa to try their shaved ice treat. If you are looking for some water adventure for yourself or your family, go to Hanauma Bay Nature Preserve on Oahu's southeast coast to take part in some great snorkelling with green sea turtles and technicolor reef fish. 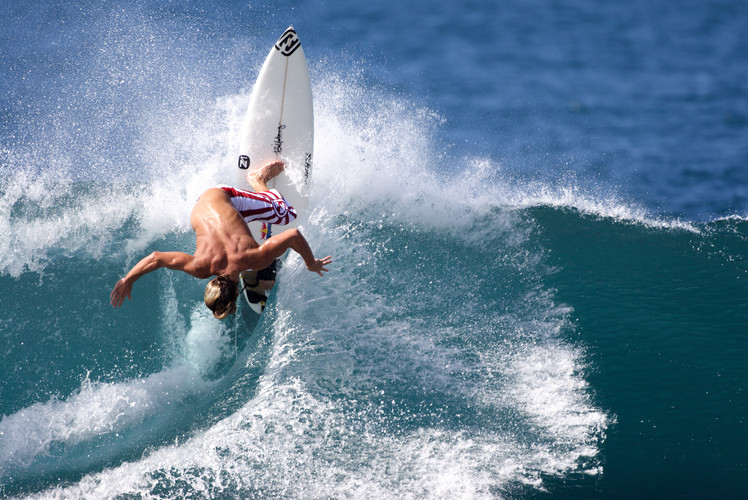 If you are looking for a unique adventure, the mule Ride through Molokai is the place for you. Here you will get to travel down the steep north shore sea cliffs on the back of a mule, looking down to the sandy beach below. You will be led by a cowboy, who is the co-owner of Kalaupapa Guided Mule Tour. The trail will end at the ocean side at Kalaupapa National Historic Park, where you will get to take in a lot of the area's history. It was here, from 1866 to 1969, where more than 8,000 sufferers of Hansen's disease (leprosy) were made to leave their families and live in exile. When you arrive at the park, you will get another tour in an old yellow school bus to see popular sites, including St. Philomena Church. 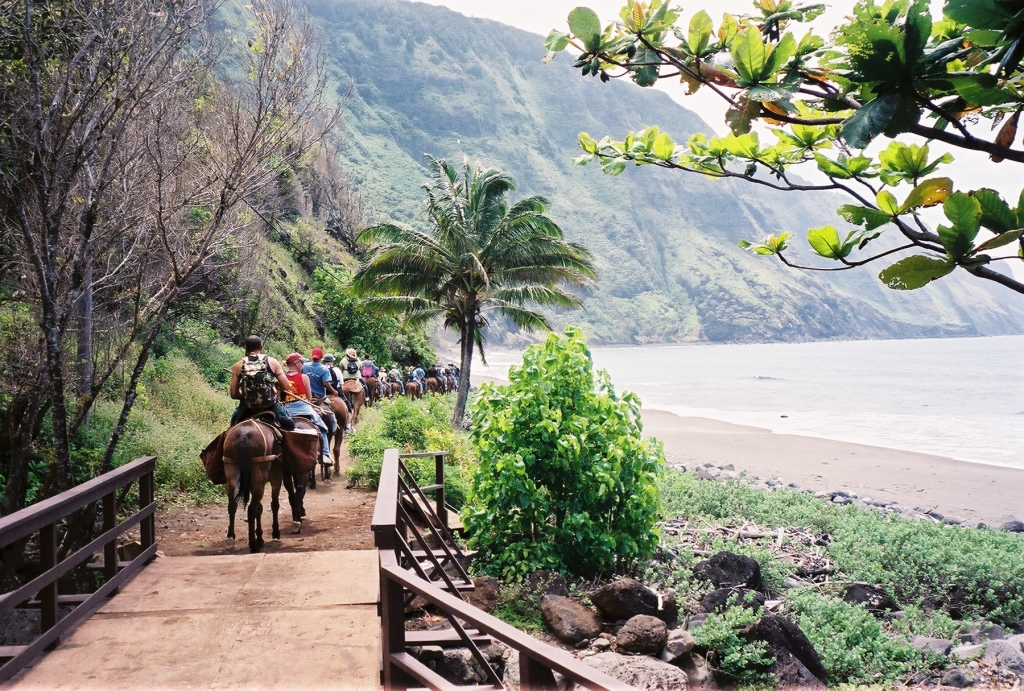 Swim with the Manta Rays

If you visit Hawaii Island you will get up close and personal with Manta Rays and can even go diving with them. While they don't have stingers, you likely still won't want to touch or disturb them. Instead, just watch them in all their beauty as they swim around looking for their dinner. Chances are you will get to see about four to eight of them on your guided tour. 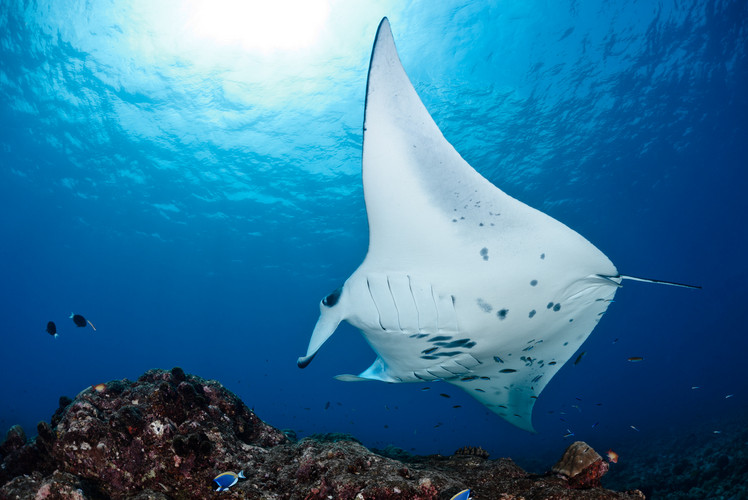 For some of the best local cuisine you will want to visit Helena's Hawaiian Food in Kalihi, located just west of downtown Honolulu. You will be treated to dishes such as kalua pig, fried butterfish collars and luau squid. One of the most popular dishes is the pipi kaula short ribs, which tastes like a cross between beef jerky and steak. The restaurant is so popular it received the James Beard Foundation's Regional Classic award in 2000 and often sees lineups outside the door early in the morning. So if it's a food adventure you are seeking, this is a must on your list. 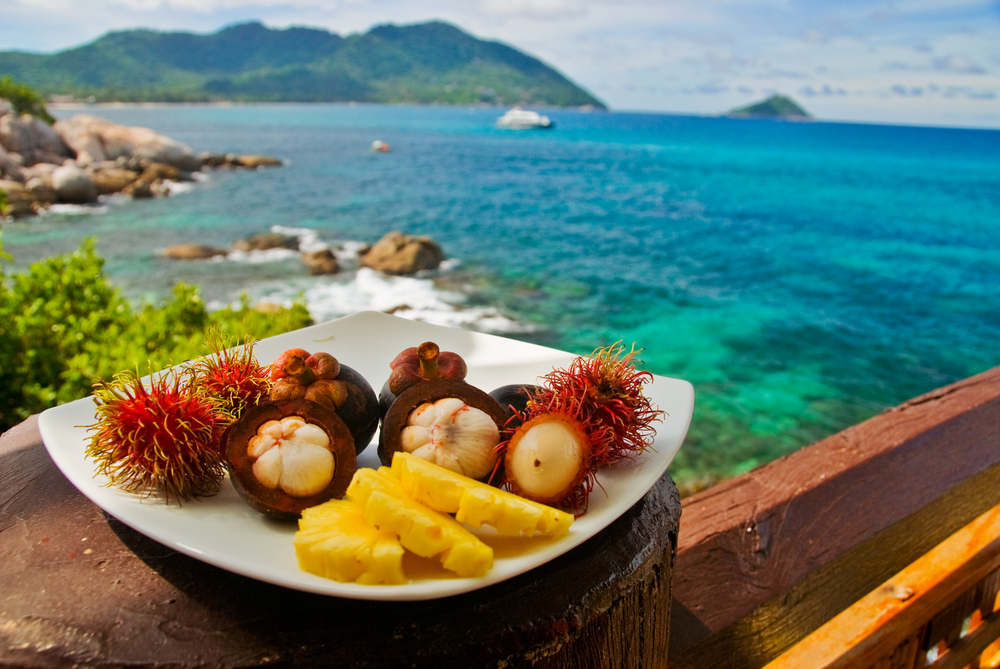 Travelling the Road to Hana is a road trip like no other. The adventurous drive has 59 bridges and 620 curves and will bring you to Hana, a small town on the eastern shore that boasts the most authentic Hawaiian culture. The drive will take a few hours from the Kahului airport but will take longer if you stop along the way, which is suggested you do. You can stop for a swim in the waterfall pools at Puaa Kaa State Wayside Park or at many of the roadside stands for fresh fruit. You can visit Piilanihale, one of the largest Hawaiian temples or take some time to walk along the black-sand beach at Waianapanapa State Park. 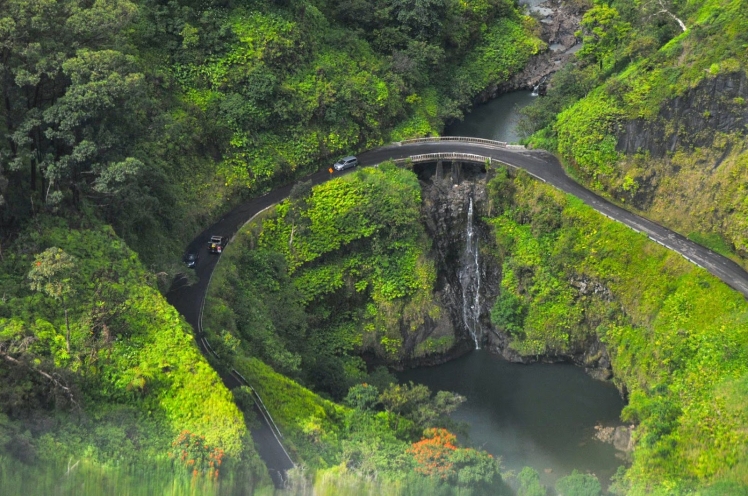 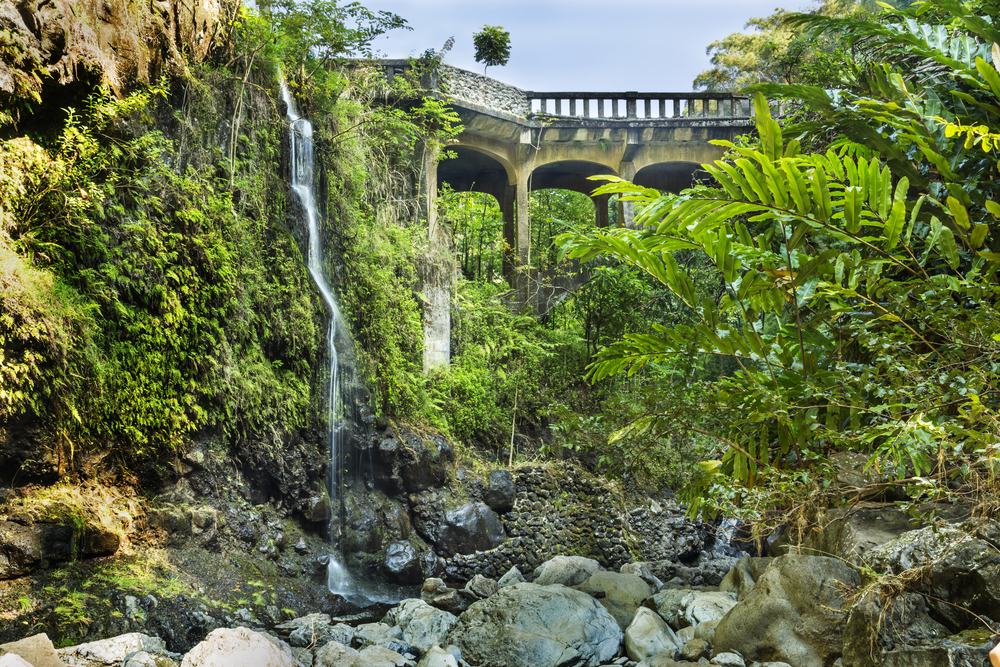 The Iolani Palace was built in 1882 and boasts four massive floors with 102 rooms. The palace, built for King Kalakaua, was a modern masterpiece that had electric lights installed in 1887, beating the White House by four years. You can sign up for tours, which will take you inside the palace rooms and give you lots of historical information into the rise and fall of the Hawaiian Kingdom. You will even get to go upstairs to the southeast corner and see where the king's younger sister and successor, Queen Liliuokalani, was imprisoned for about eight months after the 1893 overthrow of the Hawaiian monarchy. 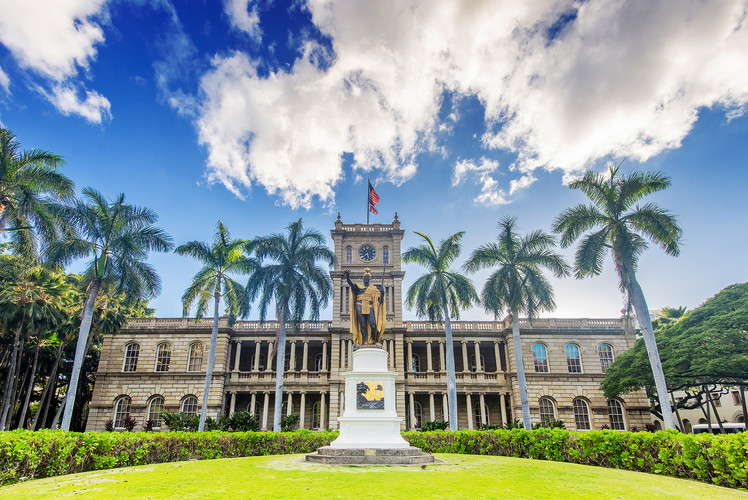 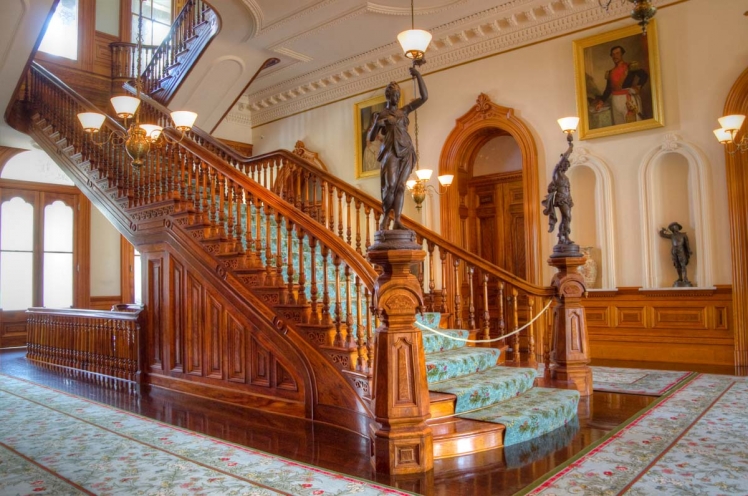