Paris is a city with a lot to offer. It has some of the most significant and impressive artifacts of French history but it’s also a thriving, lively and distinct culture that’s known the world over – and difficult to match. Legendary buildings decorate the skyline, and the remains of the city’s Roman and revolutionary eras still dot the cobbled streets and modern manicured avenues. There is so much extraordinary art and history here; it’s impossible to take in everything in a mere week or two. Don’t overwhelm yourself with an overloaded schedule – instead, hit these incredible sites for a rounded take on Parisian culture, history, and personality. Check out the places to see in Paris.

Widely considered to be the world’s greatest museum, the Louvre brings together a dizzying collection of renowned European masterpieces from the likes of da Vinci, Rembrandt and Raphael, in what was once Europe’s largest royal palace. The building itself is a work of art, and aside from the thousands of artistic treasures from Europe, there’s an amazing collection of Greek, Roman and Egyptian antiquities: you’ll find the Venus de Milo (dating back to 2nd century BC) and the Egyptian funereal sculpture Squatting Scribe (traced back to 2500 BC) among the prized exhibits. As you may have guessed, the Louvre is huge, and it’s nearly impossible to see everything; plan your sightseeing strategy around your personal artistic interests, and give yourself two to three days to take them all in. 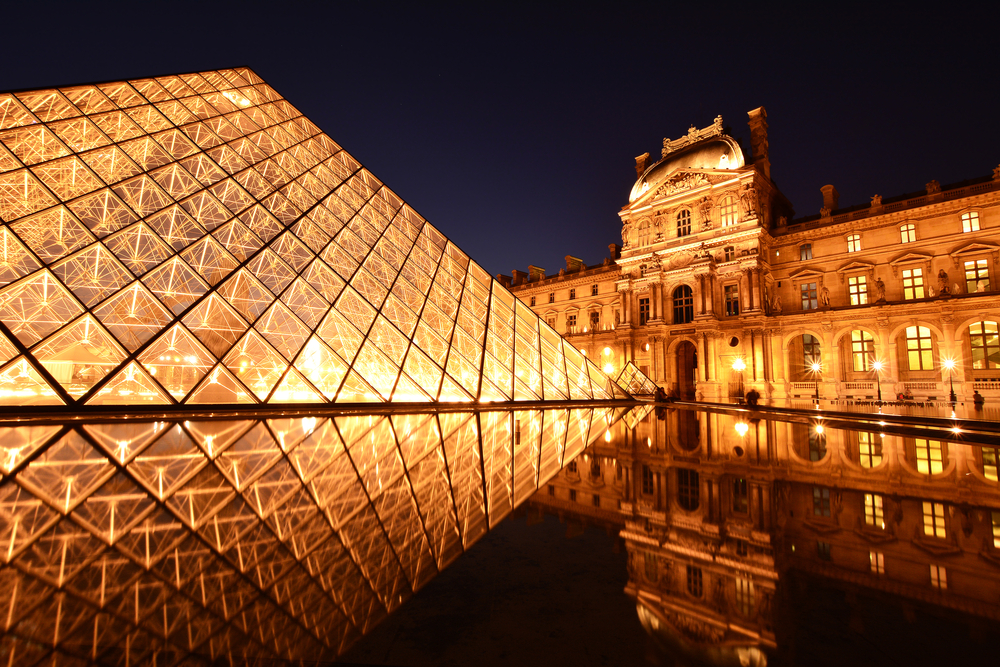 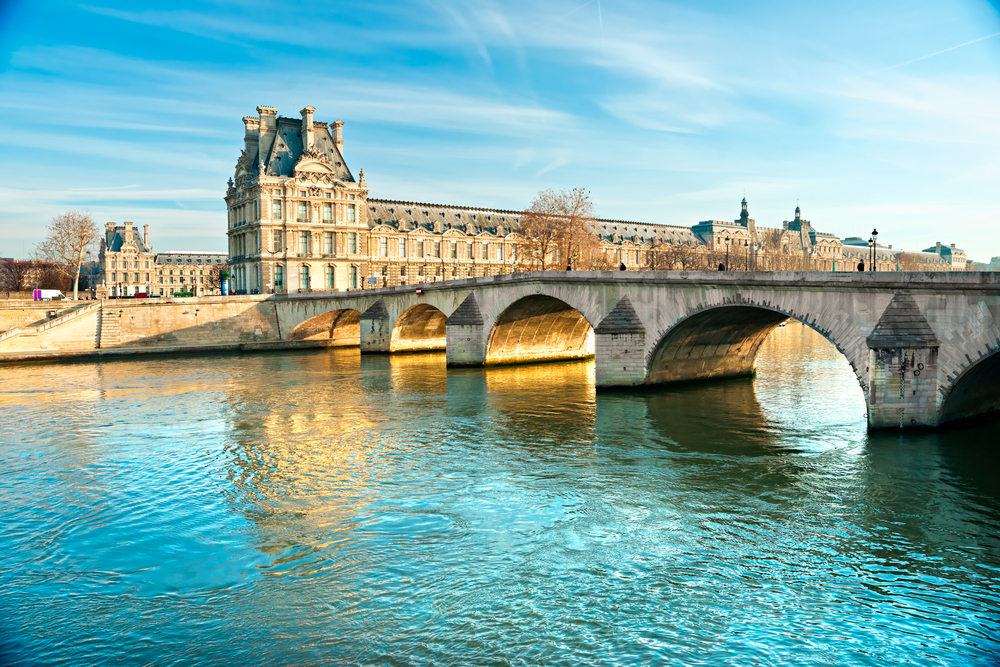 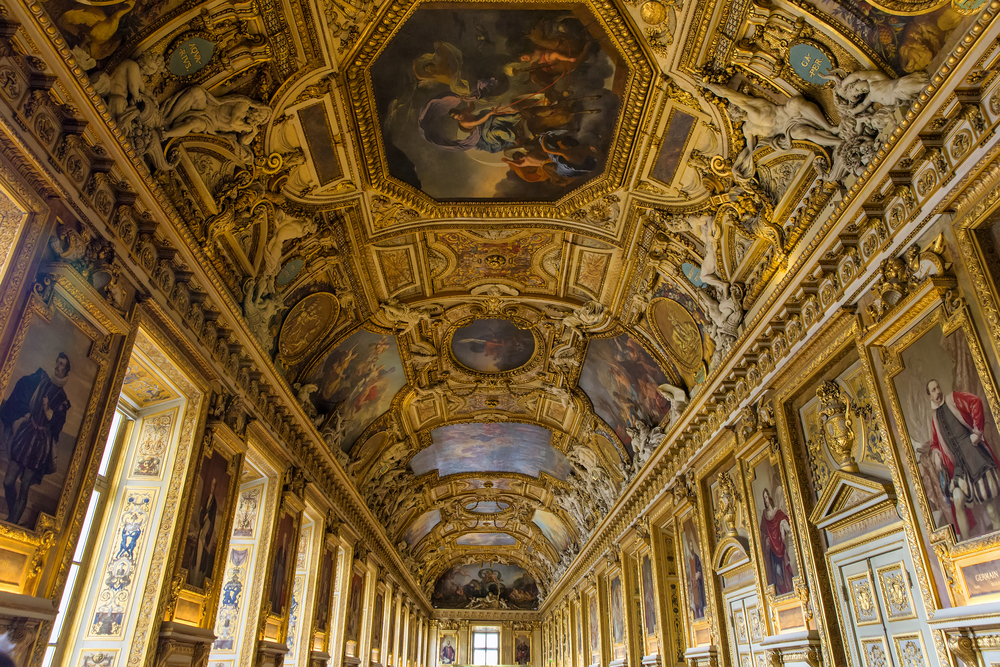 You’ve probably heard of Paris’ Notre Dame – it has been referenced in art, literature, and theatre for centuries – but no second-hand description can truly do the building justice. When you arrive at the immense cathedral, you are hit with the architectural grandeur and an immediate sense of the history within the walls: the first stone was laid in 1163, the spire and gargoyles were added in the 19th century, and countless significant events took place in between. From coronations to revolutions, Notre Dame has seen the course of Parisian history, but it also houses the remnants of the initial Paris settlement in the 3rd century: a network of Gallo-Roman streets, houses, and the original city wall that sit in the archaeological crypt underneath the building. 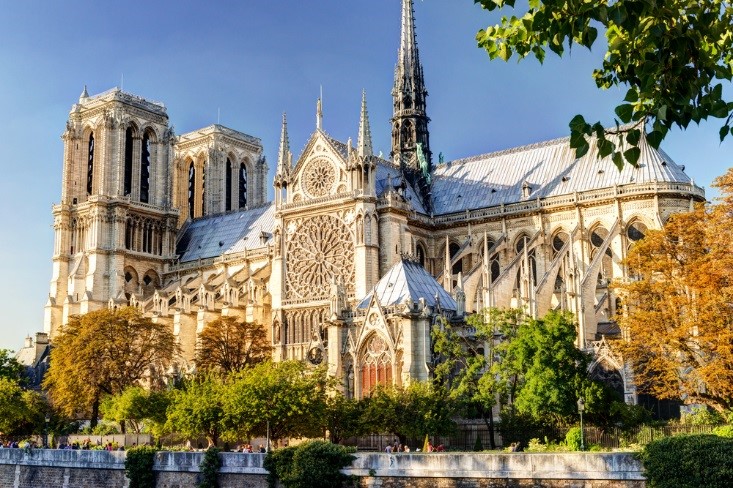 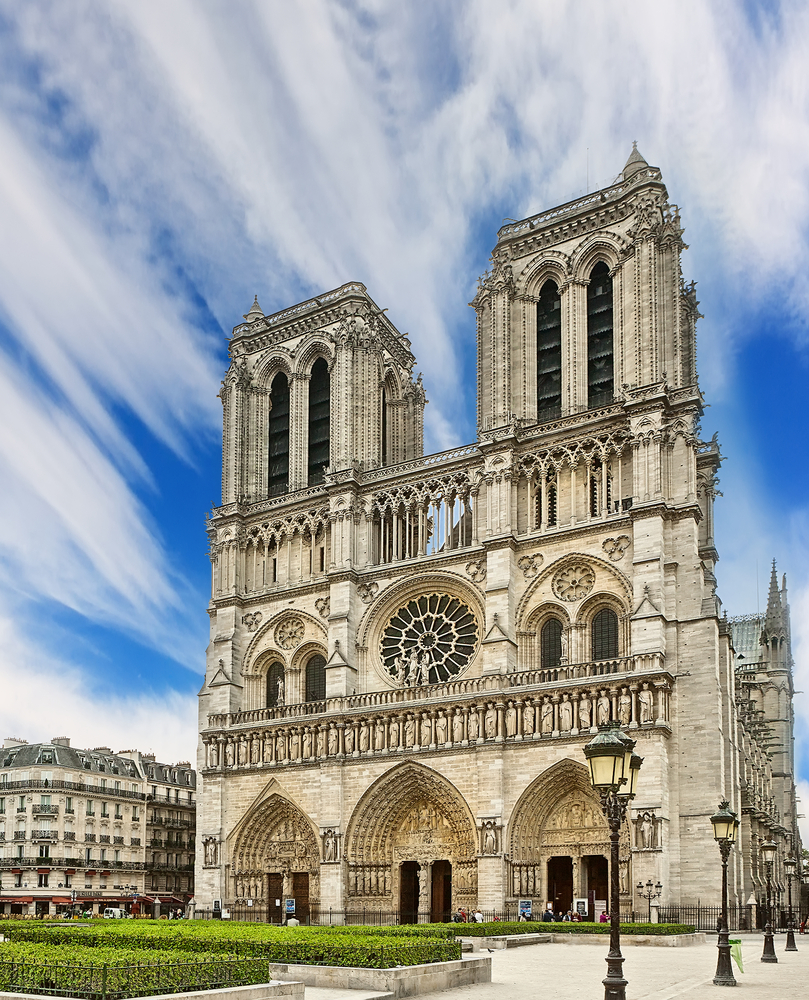 A 19th century train station-turned-gallery, the ornate architecture of the Musée d’Orsay is as accomplished as the masterpieces housed within. The gateway is crowned with Rodin’s The Gates of Hell sculpture, and it only gets better from there: Renoir’s masterpiece, Dancing at the Moulin de la Galette, waits inside, along with scandalous sculptures, satirical busts, Art Nouveau glassware, and rooms bursting with impressionist treasures from Monet and post-impressionist paintings from the likes of Van Gogh and Gaugin. The works are spread over three floors, the rooms strung together with hallways flooded with light. 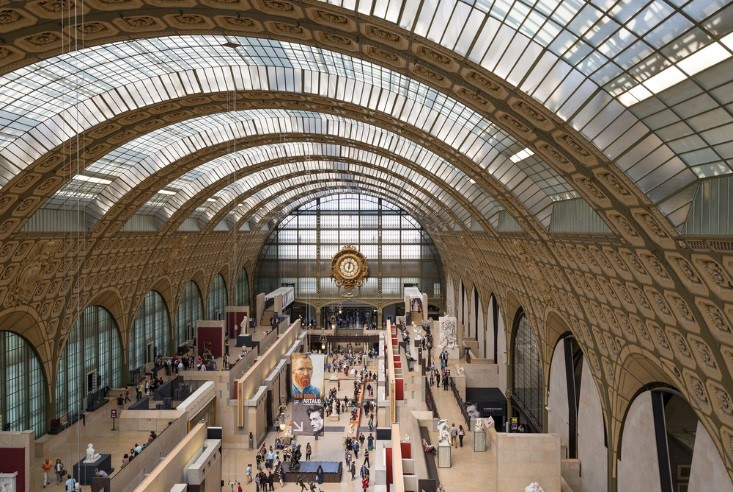 The revolutionary inside-out design of the Pompidou Center is the perfect setting for the expressive and explosive art within. Escalators and elevators that line the façade will take you up and into the exhibition space, where you’ll find works by Matisse, Picasso, Pollack and other incredibly inventive masters, and the revolving temporary exhibitions shine a light on what’s new and interesting in the contemporary Paris art scene. The art is divided over several levels, and the lower levels make up “The Forum”, a public space for performance, film showings, and art workshops. The quirky majesty of the Pompidou Center is worth seeing, even if you’re not a modern art expert. 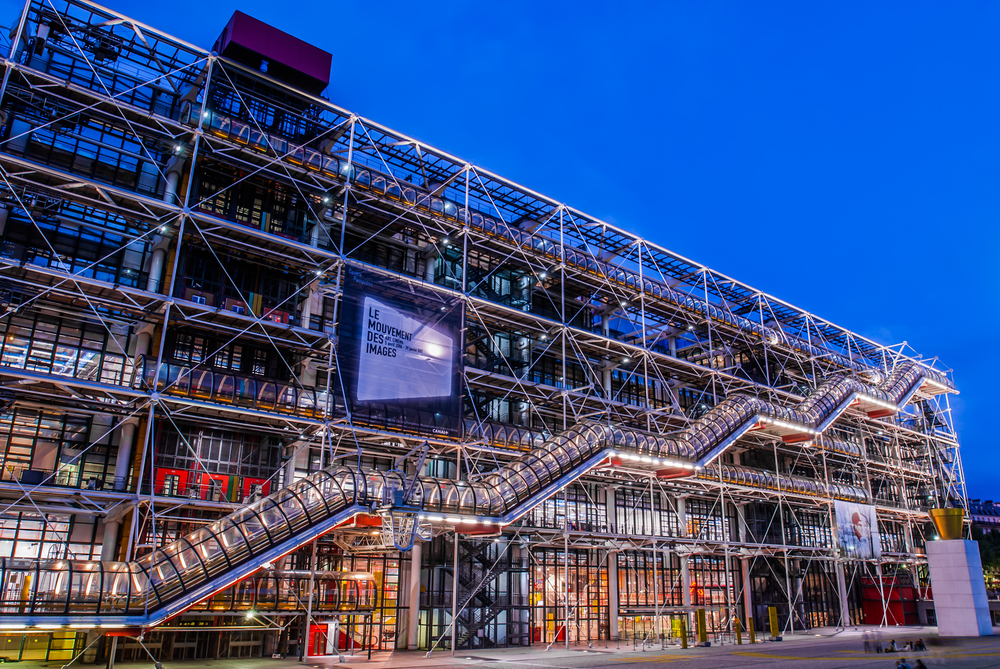 This vast palace has three museums and a theater, not to mention a collection of stone statues, ornamental pools, and 25 acres of beautiful gardens stretching out in front.  It was designed and built for the 1937 Paris Exhibition, and still stands as proud as ever, boasting an array of reliefs and design flourishes: gold inscriptions from the poet Valéry line the walls of the pavilion, and the square is flanked by bronze sculptures. The Théatre National de Chaillot stages productions in a variety of genres, and the museums are not necessarily what you would expect: one focuses on human evolution, and the other is devoted to French naval history. The entire area is stately and tranquil, with plenty of space to stretch your legs and broaden your mind. 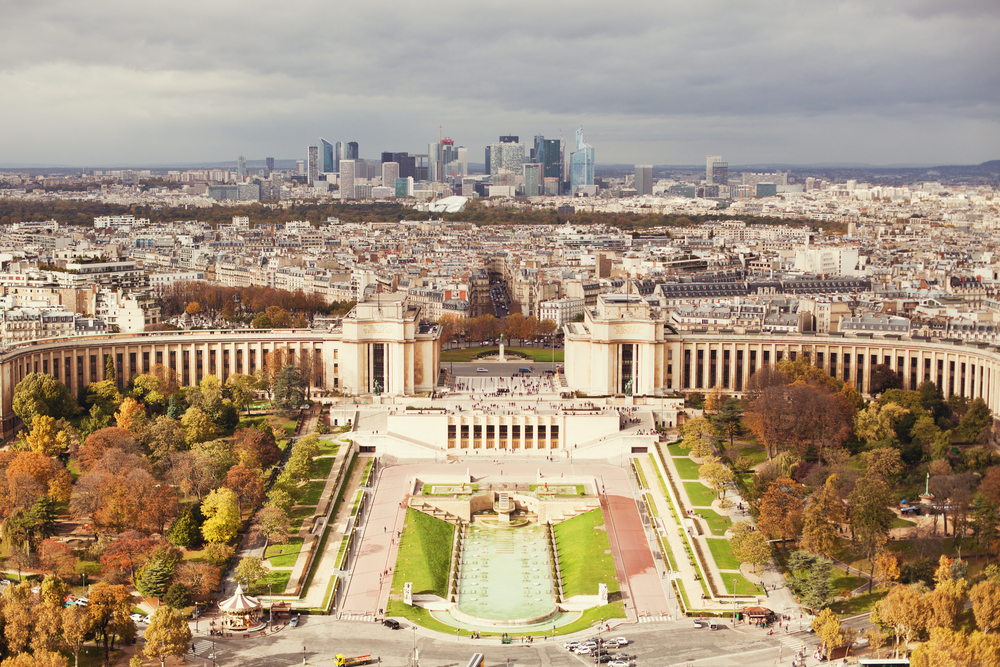 The waterway that stretches through Paris is as historical as the buildings on its banks. This is the main point of reference to the city, the best vantage point for the architecture, and the principal boundary line, dividing Paris into the Left Bank and Right Bank. It winds and pulses and changes through the heart of the city, and while you could just stroll along the banks, consider taking a pleasure boat up and down the river for a really interesting perspective. A journey along the western part will float you past the Eiffel Tower, the Grand Palais, the Champs-Elysées and the ornately embellished Pont Alexandre III. A trip down the east side will take you through the oldest parts of the city, with great views of the Louvre, Jardin des Tuileries, and Ile de la Cité. 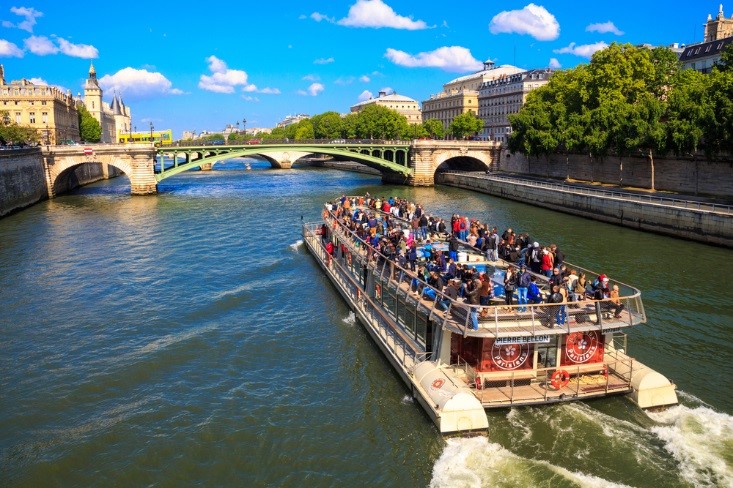 The spacious and elegant Jardin du Luxembourg is a highlight of the Left Bank, and even though it’s popular with locals and visitors alike, the wide grounds provide enough solitude and interest to keep every visitor content and engaged. The gardens drape around the Palais du Luxembourg, and in contrast to the frenetic St-Germain-des-Près neighbourhood to the north, they are a welcome retreat of hedge-lined paths, Renaissance-style floral arrangements and refined resting spots. Perhaps it’s not the best space for picnicking, but this pristine expanse of flora and pathways is a great spot to take a breath of fresh air and let the kids play. 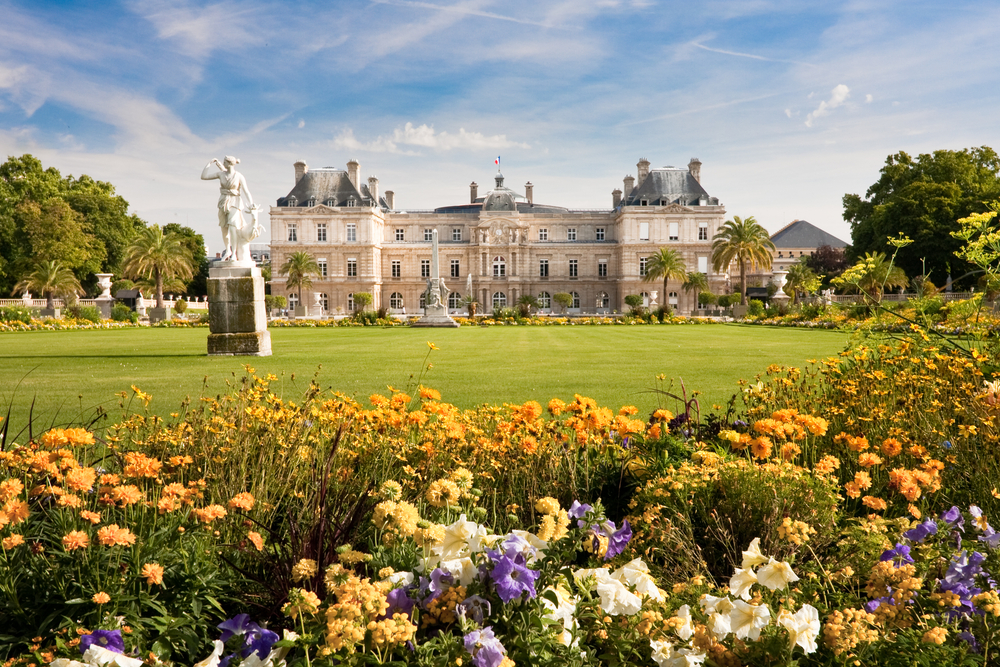 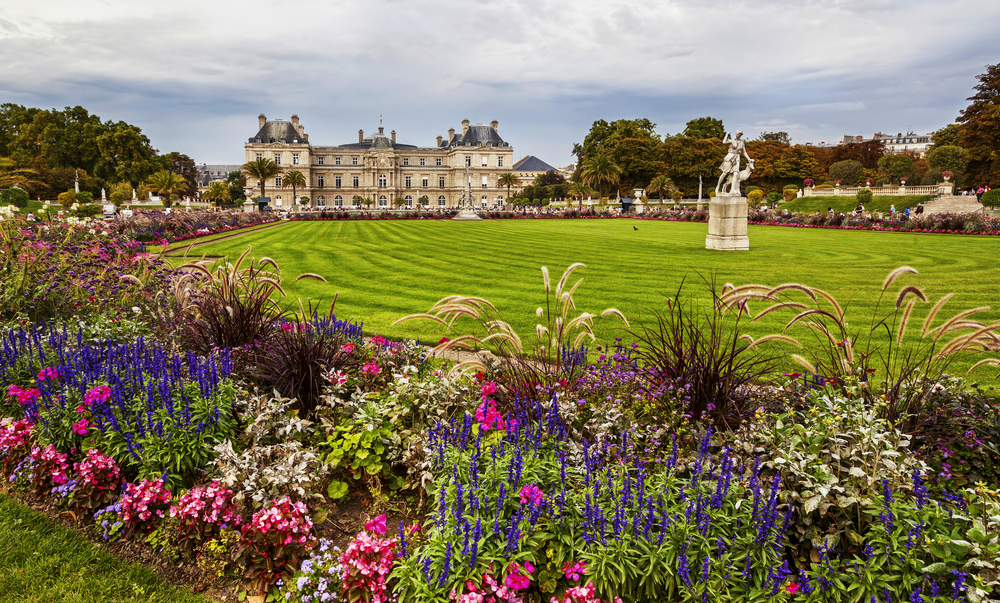 An area of the city that can be firmly traced to the middle ages (it took its name from the Latin-speaking students it once housed), the Latin Quarter of Paris is a precious collection of medieval treasures alongside a continuing legacy of intellectual, bohemian way of life. Streets are littered with book stores, cafes, and general languor, but there’s also a good helping of trendy shopping and fine museum culture. Walk down the Rue St Jacques – the road out of Paris, in Roman times – to check out the length of the neighborhood, stopping into the churches of St-Séverin and St-Julien-le-Pauvre for a peek at their impressive Gothic style. 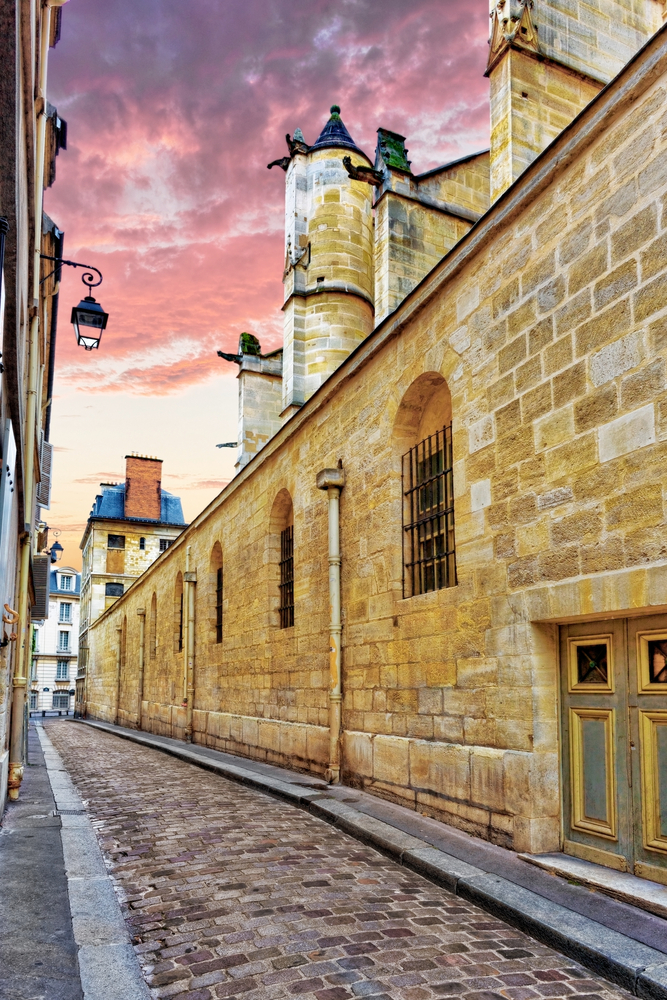 You have to travel a bit outside of Paris to get here, but the splendid palace of Versailles is worth the trip. The darling of King Louis XIV, Versailles was built by a team of visionary 17th century architects and still draws crowds – in fact, it’s one of the most visited sites in France. The regal, pillared palace is still used for royal meetings, and the formidable manicured gardens are in a class of their own. A tour through the palace will inspire thoughts of royal opulence, with the grand apartments of the king and queen giving way to the marbled Chapelle Royale and the brilliant Hall of Mirrors. 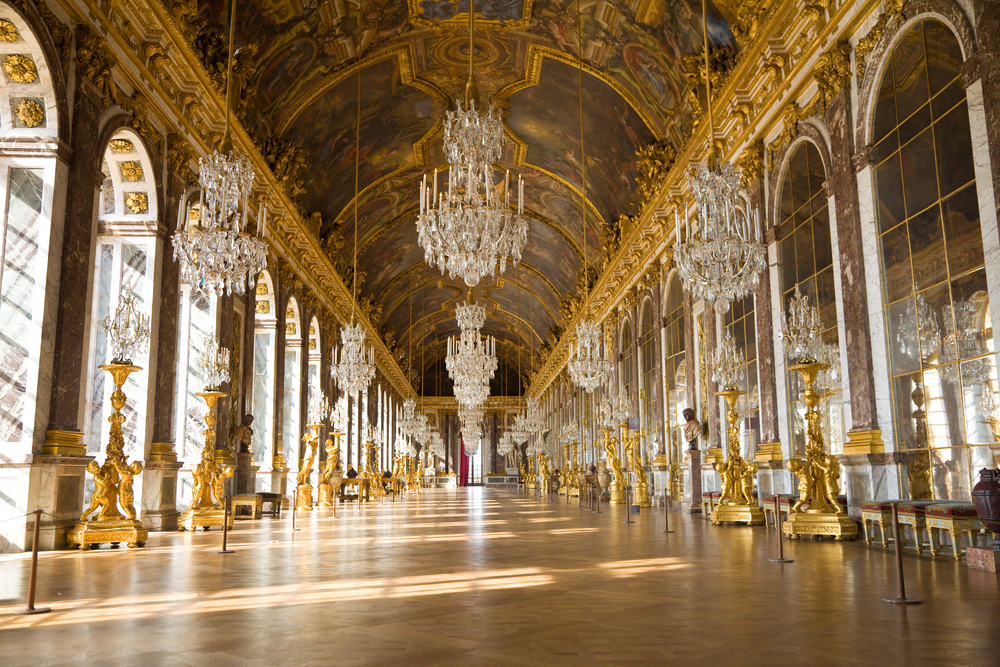 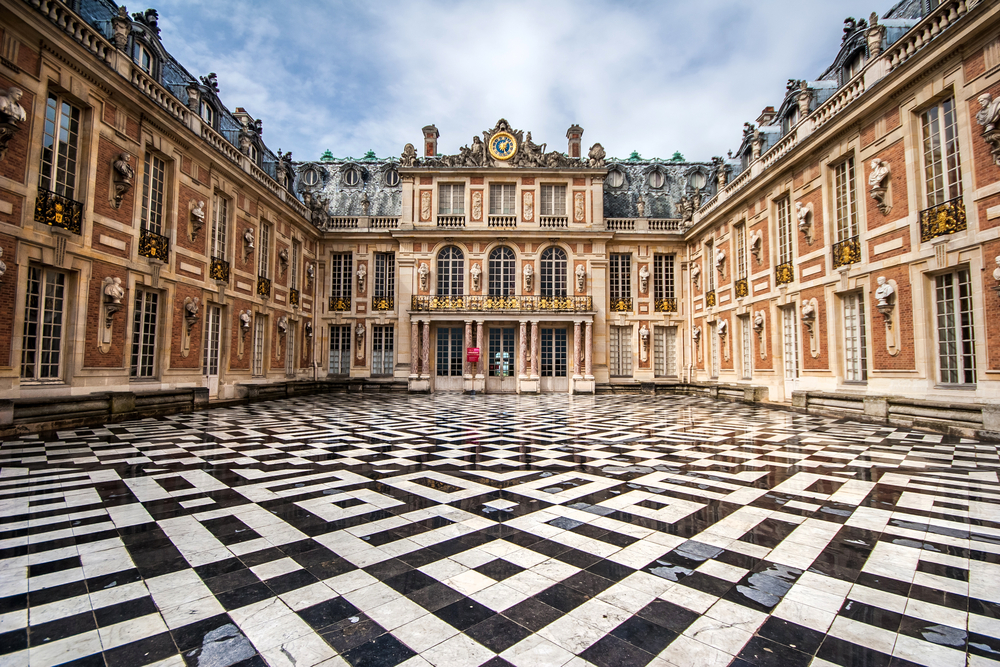 A few miles south of Versailles sites Fontainebleau, a former hunting ground where a cluster of architectural styles have come together to form a royal palace that’s both modest and extraordinary in its setting. For instance, the façade doesn’t measure up to the ornate design of Versailles, but the small details are impressive, like the horseshoe-shaped staircases of the Escalier du Fer-à-Cheval, or the precise courtyard blocks that line the main approach. Fontainebleau has been home to Francois I and Napoleon, and they have both left their marks in the apartments and grandiose ballrooms. There is still an aura of the hunt hanging around the premises, with the statue of Diana overseeing the gardens and a spectacular forested backdrop. 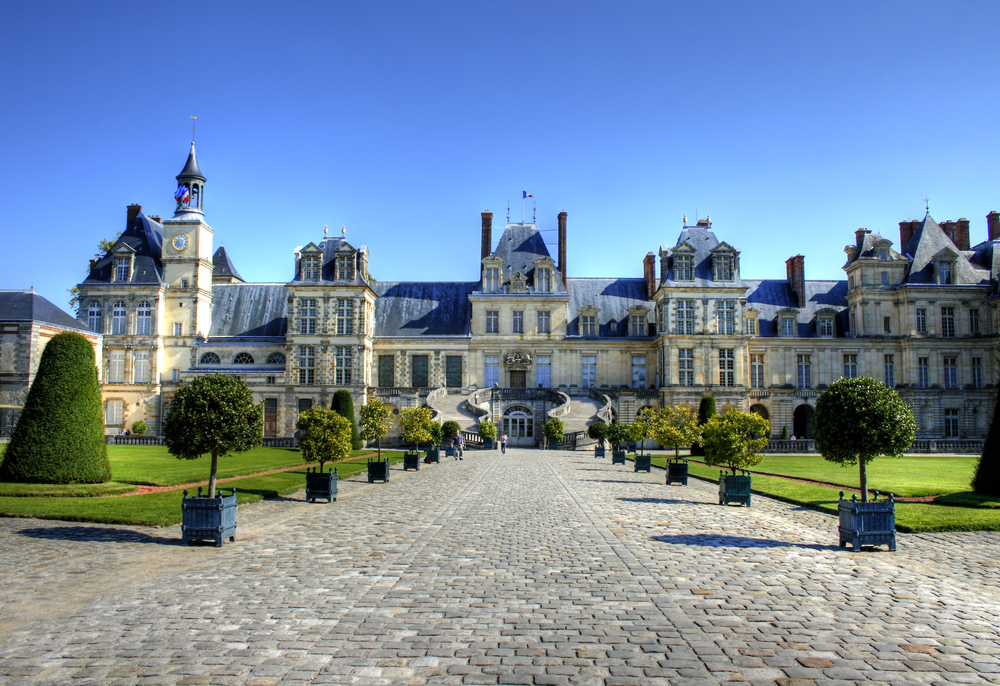 Paris is has a lot to offer, but it’s a sprawling city, and many great sites are beyond the city center. Consider tacking on a few extra days to your Paris visit in order to get beyond the suburbs and into the surrounding countryside – it’s far more pastoral, but still steeped in history and laced with jaw-dropping architecture.