12 Tallest Bridges In The World - Would You Dare Cross Them All?

Incredibly beautiful scenery is sure to be found at the tallest bridges in the world, but just imagine how windy it must be at the top! Building anything a quarter mile into the sky is always challenging, but add the extra element of being above water or sheer drops and it becomes an exceptional feat.

These bridges are considered the tallest based on structural height, showcasing the ingenious engineers who had to find ways to make a safe crossing out of a structure that reaches far into the sky. Are you brave enough to drive across some of these terrifyingly tall bridges in your travels?

This bridge completed in 2013 and stands at 794 feet, with six lanes of cars and trucks traveling over the beautiful Yangtze River in China. Also known as the Juijiang Fuyin Expressway Bridge, it's only six miles up the river from the original Jiujiang Yangtze River Bridge, which began to show wear and tear in the form of cracks in 2011. 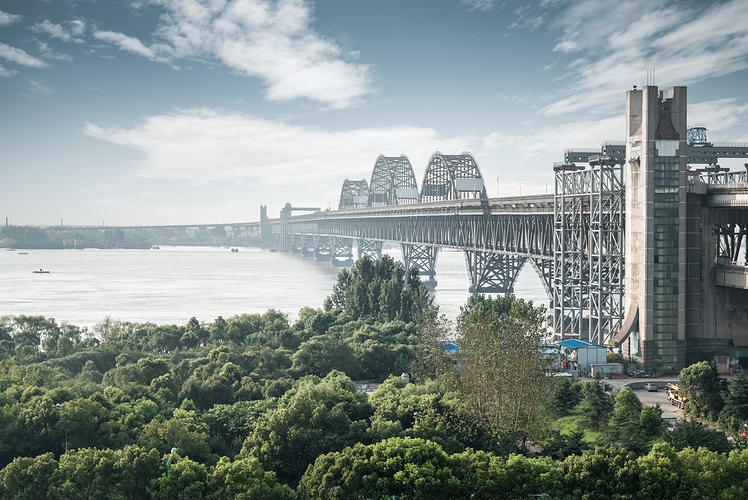 Zhongjiahe Bridge is considered a cable-stayed bridge. Cable-stayed bridges hold the weight of the bridge in multiple towers, with the weight distributed from the cables attached at specifically chosen points. Though cable-stayed and suspension bridges might look similar, a bridge's weight in a suspension bridge is distributed via cables to the end points on land at either end instead of to the towers in the middle. 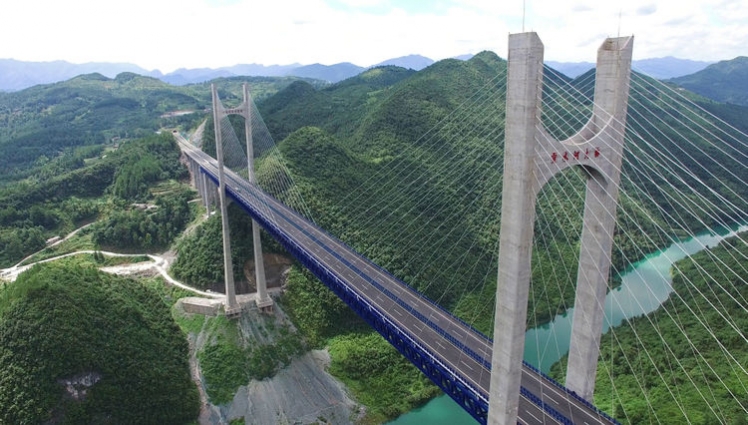 As with some of the other Chinese bridges, this bridge has one name paying homage to the expressway it houses and another for the body of water it crosses. The Zhongxian Huyu Expressway Bridge is also known as the Zhongzhou Yangtze River Bridge. Due to the nearby Three Gorges Dam, the clearance between the bottom of the bridge's road and the surface of the water can change up to 160 feet, depending on how the deep the water is below. 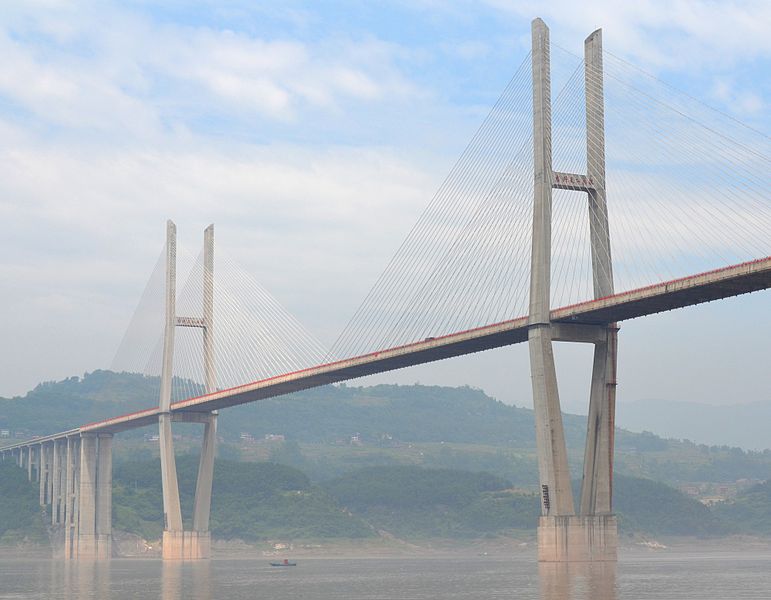 This Danish designed suspension bridge is also known as simply the East Bridge. It connects Halsskov and Sprogø. Together with a nearby train tunnel and a smaller bridge, they make up the Great Belt Fixed Link. Helping to connect western Europe and Scandinavia for quicker road trips, the Great Belt Fixed Link has some pretty hefty toll fees of over $30 for a single car. 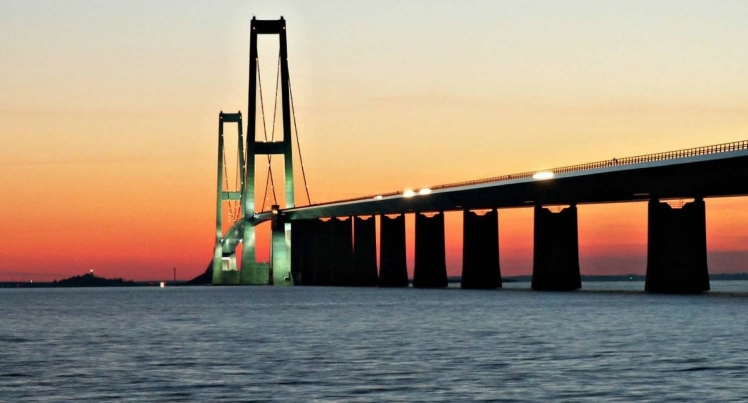 Nearly half of this list contains bridges in China, and the Jingyue Bridge is another cable-stayed entry. Again going over the Yangtze River, this bridge opened in the summer of 2010. Being one of the world's largest cable-stayed bridges, it has six lanes of cars traveling back and forth. It's no wonder the Yangtze River has so many bridges crossing over it, as there are clearly so many people needing to cross everyday! 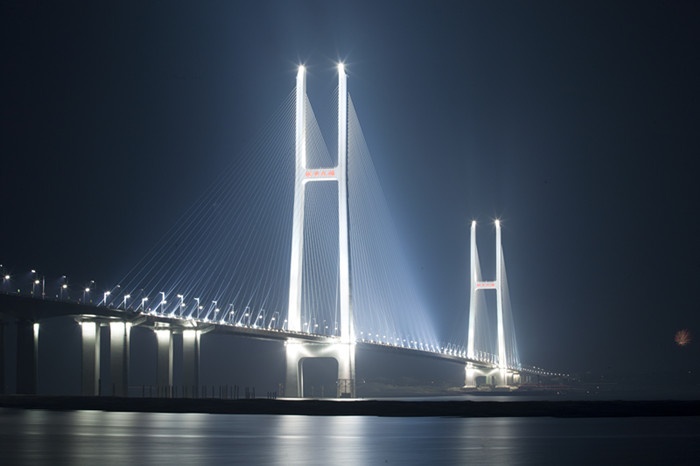 Yi Sun-sin Bridge in South Korea currently holds the title of the fifth-longest suspension bridge. This stunning bridge has four lanes of traffic which help people get to and from Yeosu and Gwangyang easier. Yi Sun-sin Bridge was named after a Korean Admiral who helped defend his country by improving turtle ships to use in battle. 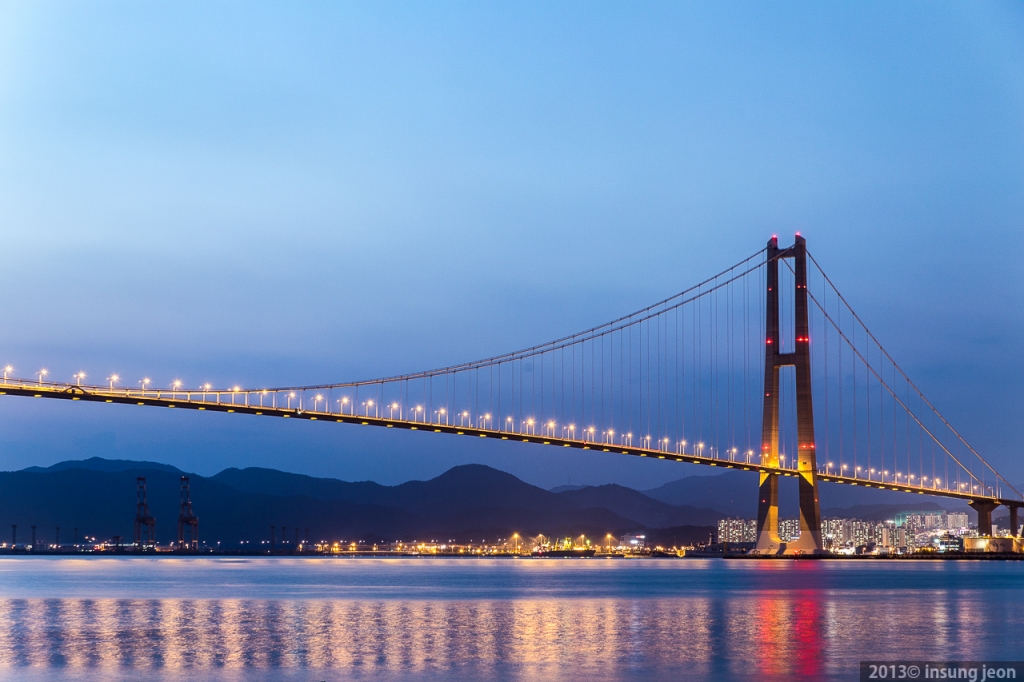 The Akashi-Kaikyo Bridge connects mainland Japan with the beautiful Awaji Island. This island is split through the middle by the Nojima Fault, a known earthquake hotspot most recently seen in the Kobe earthquake in 1995. If you're still feeling brave enough to cross the massive bridges on this list, crossing the Akashi-Kaikyo while being so close to this fault is definitely not for the faint of heart! 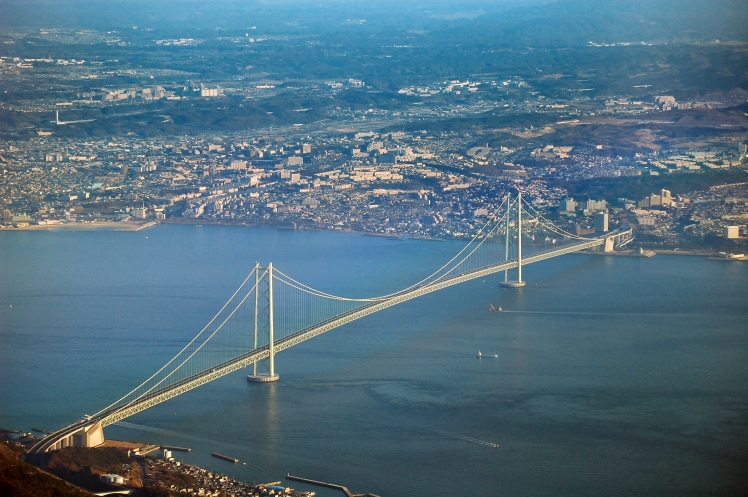 The Stonecutters Bridge is another six lane cable-stayed bridge for this list of the tallest bridges in the world. The bridge is beautifully lit at night among the stunning mountain shadows of the Hong Kong coast line. Due to the proximity to the sea, there are incredibly strong winds that can batter the coast. Because of this, there was intense research regarding what effect the heavy winds would have on the Stonecutters Bridge. 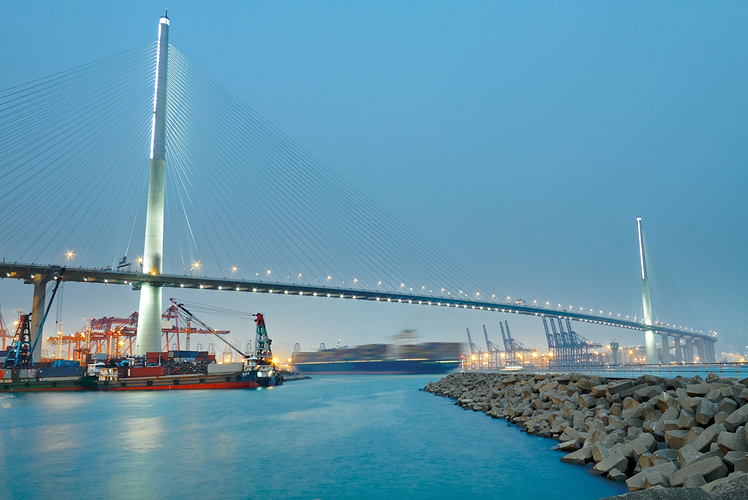 Did you think you were finished seeing bridges over China's Yangtze River? Think again. This time connecting Changshu and Nantong, this bridge cut down the commute time to one hour from four long hours. Imagine the joy the people working on the other side of the river must've felt to finally have a quick trip over instead of going around. That's quite a time saver! 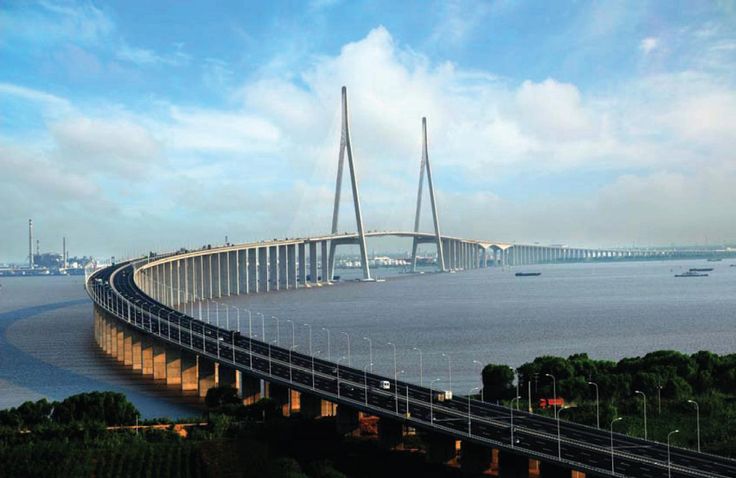 A cable-stayed bridge going over the Bosphorus Strait, the Russky Bridge connects the small Russky Island with the mainland. Russky Island is home to old forts, museums, a university, and some beaches. Not too many people currently travel there on a daily basis. This means that Russky Bridge, for its massive size, is sadly not used to its fullest potential. 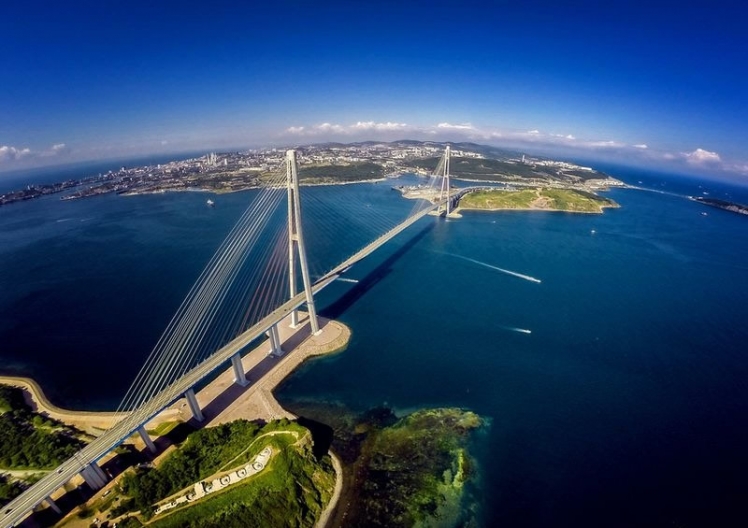 This Turkish bridge opened to cars at the end of August of 2016. It's not only the second tallest bridge, but also one of the widest suspension bridges in the world. There was a bit of controversy over the naming of the bridge due to some believing the bridge's Sultan namesake to have been a harsh ruler. Yavuz, the nickname of the Sultan, can be translated to "stern," so perhaps there's some truth behind the complaints. 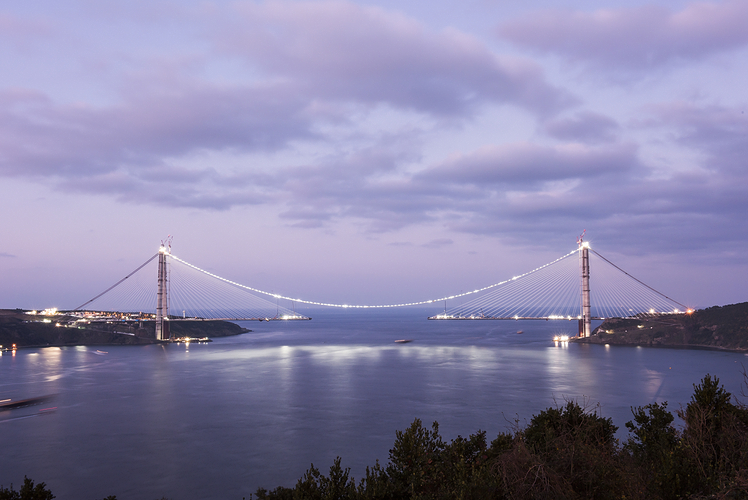 The only French entry in the top twelve tallest bridges in the world is located in Millau and is aptly named the Millau Viaduct. About an hour's drive from nearby Montpellier, this engineering marvel crosses over a valley with seven masts holding up the weight of the bridge. Being the tallest bridge places the Millau Viaduct even taller than the Eiffel Tower, leaving those who drive across it with beautiful sweeping views in all directions. 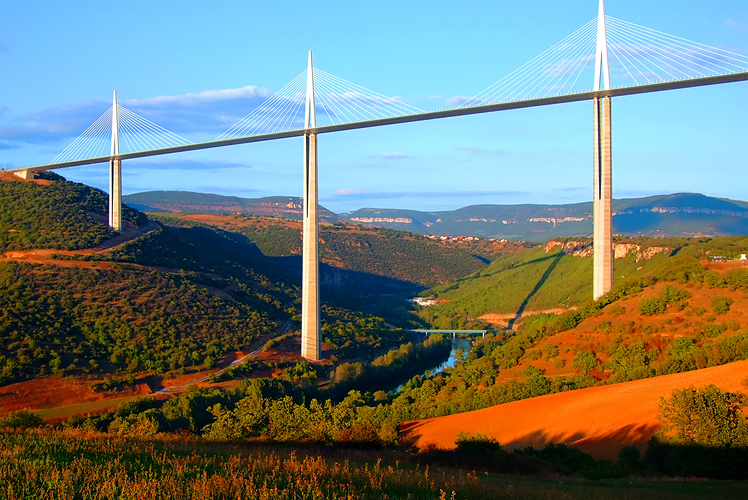 Comment on 12 Tallest Bridges In The World - Would You Dare Cross Them All?