15 Things to see and Do in Berlin

As full of contrasts as the division that defined its recent history, Berlin has a wealth of attractions, no matter what your budget, time or interests. Revered, these days, for its urban throb, it’s no less enticing for those wanting to delve into history or reboot in an high-tempo setting.  Consider these things to see and do in Berlin.

Famously torn down in 1990, the Wall’s history is thoroughly outlined in displays at Checkpoint Charlie, formerly the Cold War border control and now used as a tourist center. Another way to explore its past is by taking a wander along the stretch of wall referred to as the East Side Gallery - not only is it the longest stretch of wall still in existence, but it’s also the longest open-air art gallery in the world. Featuring art from 118 artists from 21 countries, there’s plenty of ‘gram-worthy frames to be snapped here, as well as a sometimes searingly visual insight into the political changes of 1989/ 90. 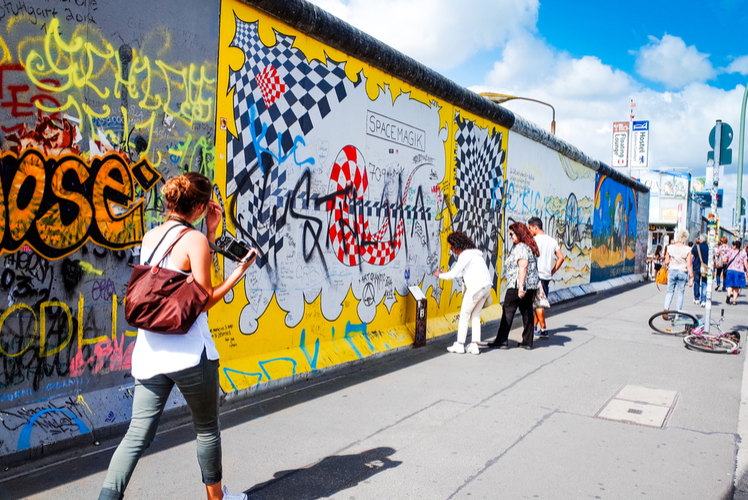 Berlin is an exceptionally bike-friendly city - reasonably flat, well-supplied with cycle lanes and plentifully stocked with bike hire outlets. Ideal for covering lots of ground when you only have a few days or a weekend to spare, cycling will enable you to make more of a whistle stop tour of the main sights than you’d be likely to achieve on foot - and it will assuage any guilt you may feel about indulging in that extra serving of sausage. Go it alone or join up with a tour - or head away from the major attractions to simply enjoy the scenery like a local, through the parks and along the Landwehrkanal. 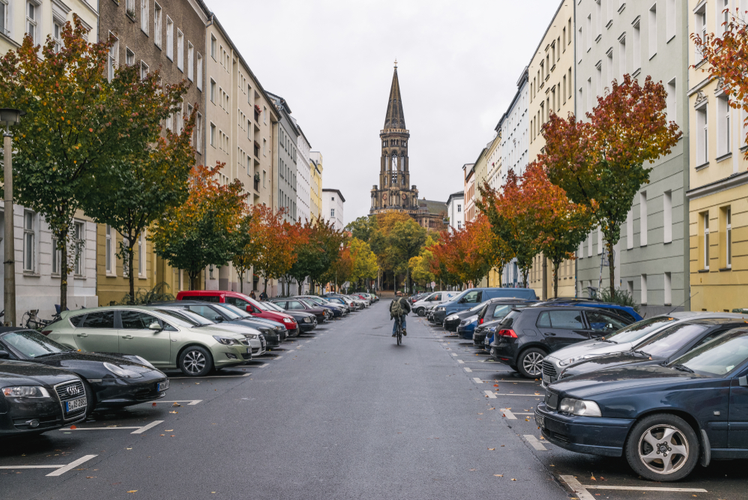 You can take a guided tour (you’ll need passport ID) to learn about the building’s history and to find out more about its exceptional architecture, the highlight of which is its recently added and dazzling glass dome. Lined inside with light-bouncing mirrors, it was designed by Sir Norman Foster, after the unification of Germany, to reflect the desire of the German people for transparent government processes. As if the dome itself weren’t enough, it also provides a look down into the Bundestag and far-as-the-eye-can-see views of the city. There’s also a roof terrace restaurant, plus some fascinating examples of preserved war damage in the main building, such as graffiti and bullet holes. 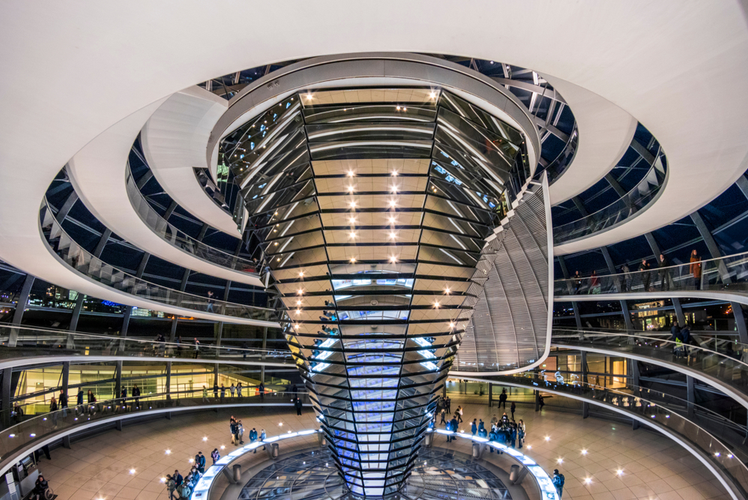 4. Get shipwrecked at Museum Island

It’s actually an island and a UNESCO listed one at that - and, while you probably can’t actually get stranded here, it’s worth pretending that you are because there’s plenty to keep you enthralled for more than a short while: no fewer than five museums, located within spitting distance of one another, beckon you to explore them. Highlights? Delve into Islamic and Eastern Art at the Pergamon Museum, or marvel at 3D wonders at the Bode Museum, which houses an incredible collection of sculpture. The Neues Museum is arguably the biggest treat of all, however - its vast and varied collections mean that if you can only squeeze in one, it should probably be this one. 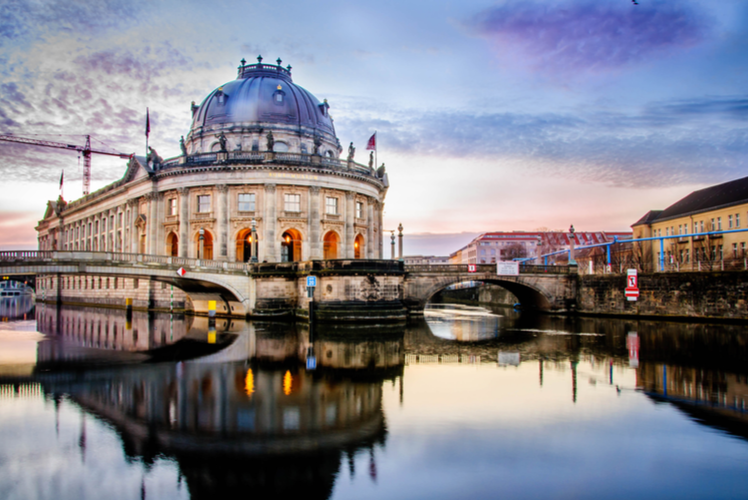 5. Go to the airport

Well, yes … depending on your mode of transport between home and Berlin, you will probably have to go to the airport at some stage .. but let’s not talk about that sad moment yet. Instead, wend your way to Tempelhof, on which work was started in 1923 - but it underwent substantial redesign during the Nazi era so that the floor plan would resemble the spread wings of an eagle, in line with the emblem of Nazi ideology. Although no longer used for commercial purposes - the last such flight took place in 2008 - it’s been optimistically reinvented as a park and public space, complete with Roller Disco - and really, what more do you want? 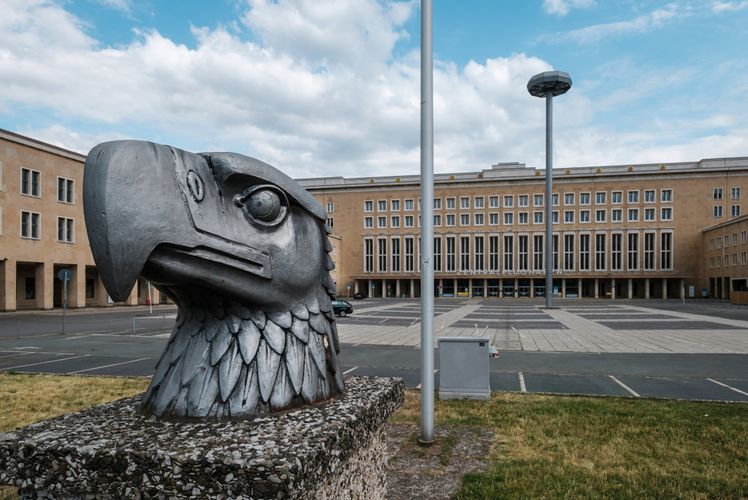 As one of Berlin’s most recognizable edifices, a visit to Brandenburger Tor, which was one of the Berlin Wall’s crossings, is a must. It was the site of protest during the years of division, and witnessed jubilant celebrations when the wall came down, as well as some of history’s most significant moments - Ronald Reagan calling for Gorbachev to ‘tear down this wall’ for example. There’s also an impressively contemporary museum here, which nods to popular culture with World Cup displays as well as other events in recent history. Don’t miss the Room of Silence, where visitors can take some time out to contemplate and recharge. 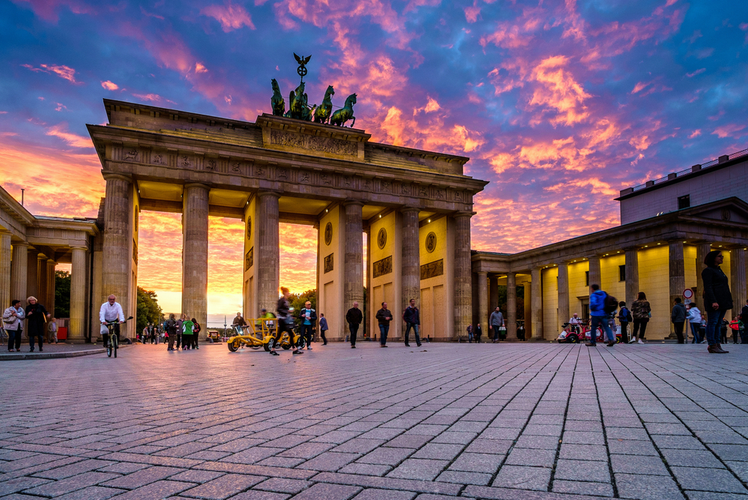 7. Zone out in the Liquidrom

Formerly a train station, Liquidrom’s design is just the start of it, although this is arresting enough; think sharp, crown-like spikes thrusting upwards into the Berlin skyline, putting you in the mind of a futuristic nomad’s tent. Inside, you’ll find a variety of baths and saunas - with suitably spacious changing facilities, of course - all designed to melt modern day stresses away. The pinnacle of all this relaxation, however, is the salt water pool, in which you can float blissfully, accompanied by various music genres (you can even hear the music underwater) and accompanying light shows. 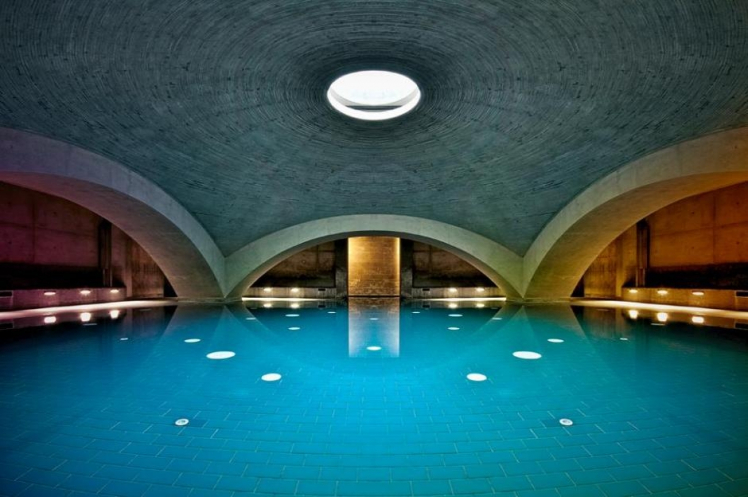 8. Head to the top of Berlin Cathedral

Magnificently topped by its green dome, this is the largest church in Berlin. First built in 1465 as a riverside parish church, it was completed under the last German Kaiser in 1905, but was closed for years after being heavily damaged in WWII. Finally reopened in 1993, restoration continued until 2006, including a number of ornate mosaics adorning the dome’s ceiling; another highlight is the organ which, with its 7000 pipes, is one of the largest in Germany. Sprawl on the grass with a picnic at the cathedral’s base to fuel yourself up for the 270-step climb up into the dome, which offers fantastic views over Museum Island. 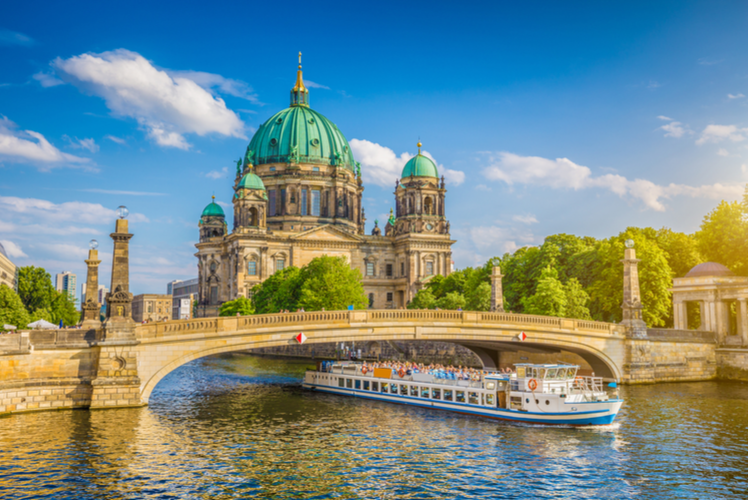 Not far from Brandenburg Tor, you’ll find the vast Memorial to the Murdered Jews of Europe. Covering an area of around 19,000 sqm, it comprises 2711 concrete slabs set out in an undulating pattern achieved by way of varying heights. Designed by Peter Eisenman, and with no set path directing you through the narrow passages of the installation, the deliberate effect is one of confusion and disorientation; it’s a powerful tribute to the Jews whose lives were lost in the Holocaust. The personal stories on display at the underground visitor’s center are utterly heartbreaking; nearby, there are other memorials to Holocaust victim groups, such as homosexuals and those murdered in the Nazi euthanasia program. 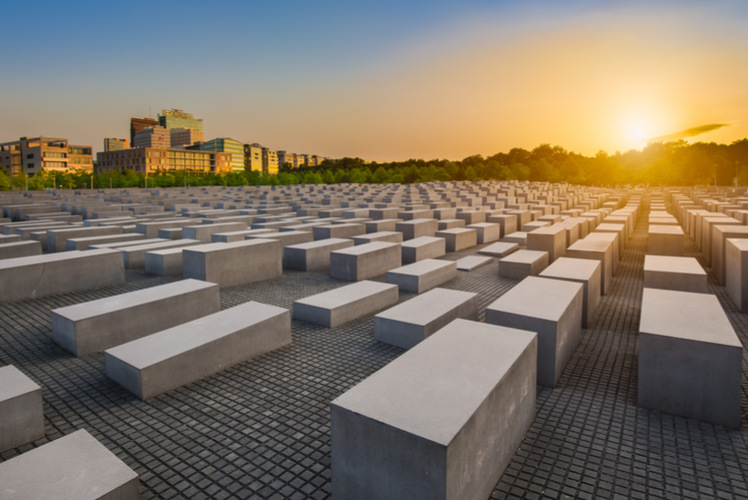 10. Hang out at Tiergarten

Many major cities have a huge central green spaces that form the breathing lungs of the city; in New York, it’s Central Park, for example; in Rome, the Villa Borghese. Here in Berlin, it’s Tiergarten; once the realm in which Prussian kings hunted for sport, it was transformed into an inner city park in the 18th century. Sprawling over an enormous 600 acres, there are tree-lined walks to wander, open air cafes to enjoy and huge swathes of grass on which to lounge. In some sections of the park, nude sunbathing - denoted by ‘FKK’ signs - is permitted; on the far northern edge, you’ll find the beautifully ornate Bellevue Palace, which is the residence of the German President. 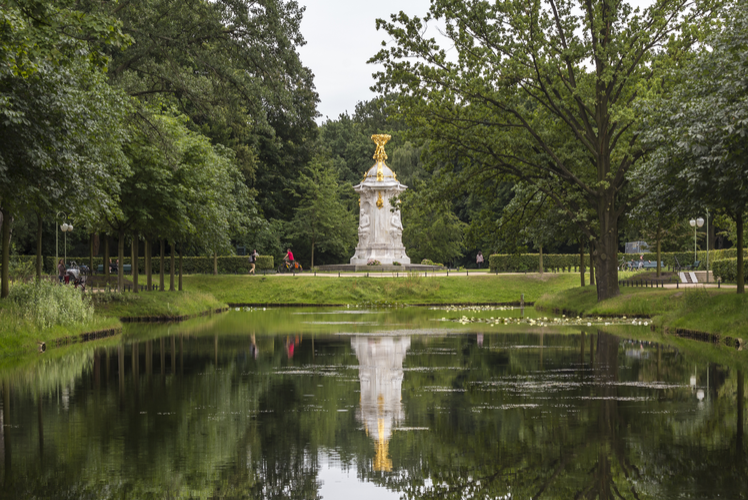 11. Visit the Topography of Terror

The SS Gestapo Headquarters that once stood here have been destroyed, but its terrifying role in Germany’s history is recognized by the Topography of Terror museum that stands in its place. Acting both as a memorial to those whose lives were destroyed or forever changed by the persecutory institutions in force between 1933 and 1945, and as a warning against such atrocities ever taking place again, the museum attracts over 1 million visitors each year and gives chilling insights into a relatively recent past. Originally opened as temporary exhibition in 1987, the site also contains the longest surviving section of the Berlin Wall. 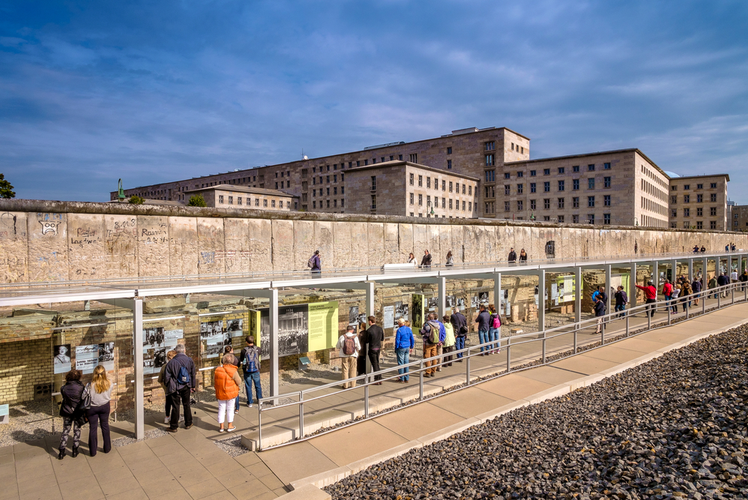 12. Take time out in the Botanical Garden

So vast is this expanse of growing things that it’s almost impossible to get your head around the fact that it started life in 1679 as a kitchen garden - it’s now a whopping 43 hectares in size. Even more difficult to comprehend is the strength and lushness of some of the species that grow here, especially when you consider that they are in danger of extinction elsewhere - indeed, some of what’s here to be seen seems to have come straight from a film set, with giant water lilies and flesh eating plants just some of the highlights. There are architectural marvels to be gawped at too - the stunning Great Pavilion stands at 20 meters high and is the largest glass house in the world. 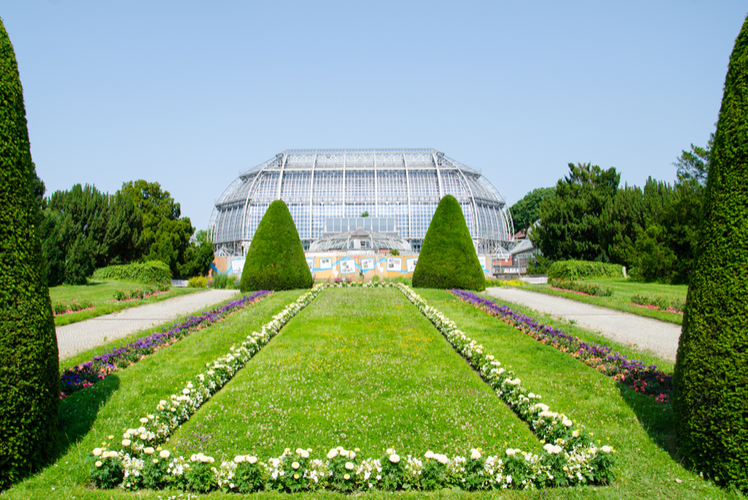 Berlin’s Mauerpark is legendary; meaning, literally, ‘wall park’ in English, it’s so called because it contains a stretch of the original Berlin Wall - a stretch on which street artists exercise their talents, providing a vibrant backdrop for the weekend’s bustle. Come for trash, come for treasure, come for browsing and people watching - just come: this little microcosm of Berlin is irresistible for both locals and tourists. If you’re serious about your shopping, arrive early for the best and most authentic items - but no matter what your purchasing agenda, head to the hill above the market to get amongst the karaoke that takes place here in the stone amphitheater. 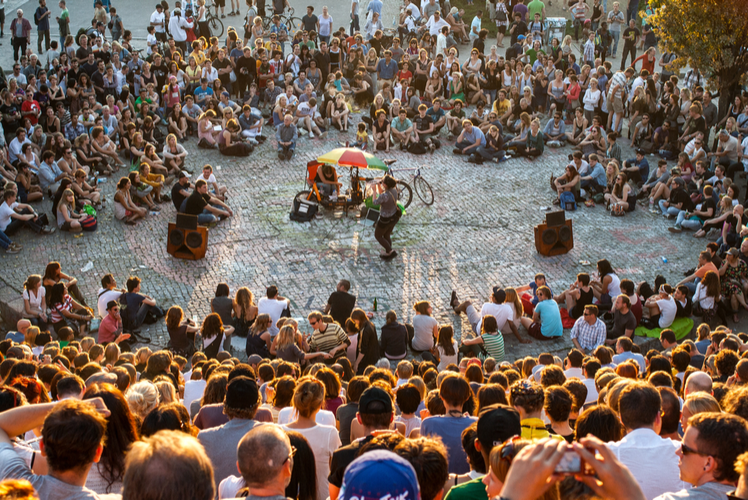 Get your camera ready, because this is one of Berlin’s most snap-worthy bridges - and that’s saying something, because there are no fewer than 916 of them. History abounds here too: pre-unification, this bridge marked the border between East and West - in fact, once upon a time, it was closed to all civilians. That’s not the case now: you can cross it by just about any means, but you may want to bring a protective layer with you if you’re visiting in summer, as this is the time of year at which the people of Kreuzberg and Friedrichshain, of the district previously divided, engage in a celebratory battle of rotten tomato and egg throwing.

Theme parks are kind of weird, right? As much as you may enjoy them when you’re older, there’s an inevitable sliding-away of thrill; you can never quite recapture the bubbles of popping excitement you had the first few times. A visit to Berlin’s Spreepark conjures up this sensation and more: it’s abandoned (like your youth - ooops, sorry) and kind of a creepy sight with its fairground remnants, which include a broken down ferris wheel and a graveyard of dinosaurs, in various states of demise. It’s not an entirely macabre wander, however - en route to Spreepark, you’ll take in some of Berlin’s lesser known green side along the river Spree.

Comment on 15 Things to see and Do in Berlin