The world is full of wonders... wonders we know about (the Grand Canyon) and those we might not (see below). But it's important to note that this earth we all live on is an insanely beautiful place. In case you don't have the time (or funds) to visit these spectacular places, we thought we'd do you a solid and show you them anyway.

Visit these Namibian dunes--often referred to as the highest in the world--either early in the morning or at sunset when the heat is less intense. 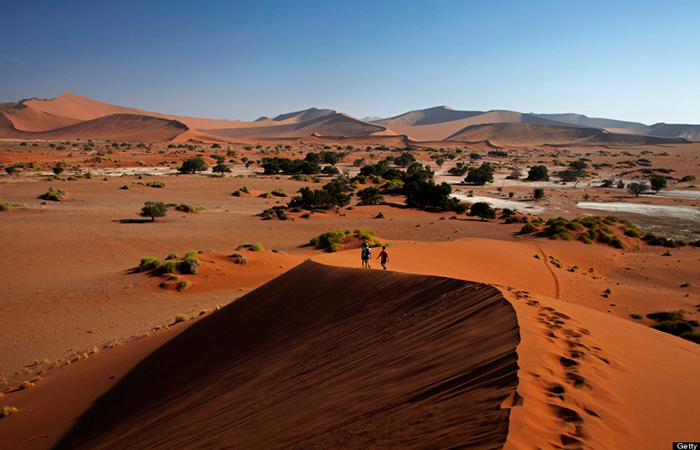 Adventure seekers can BASE jump into this open-air cave, some 1,200 feet down. 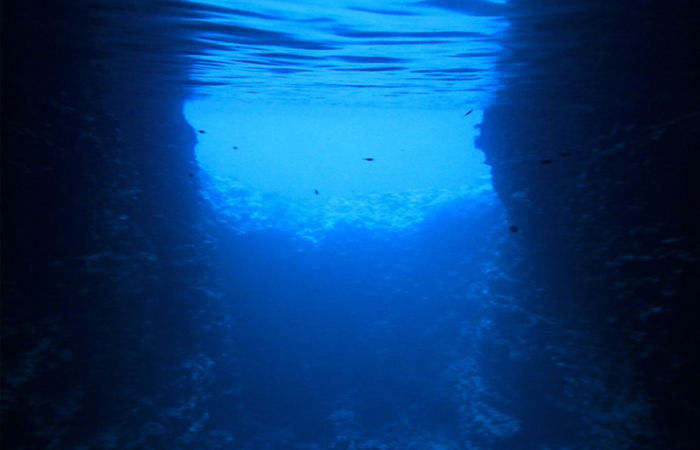 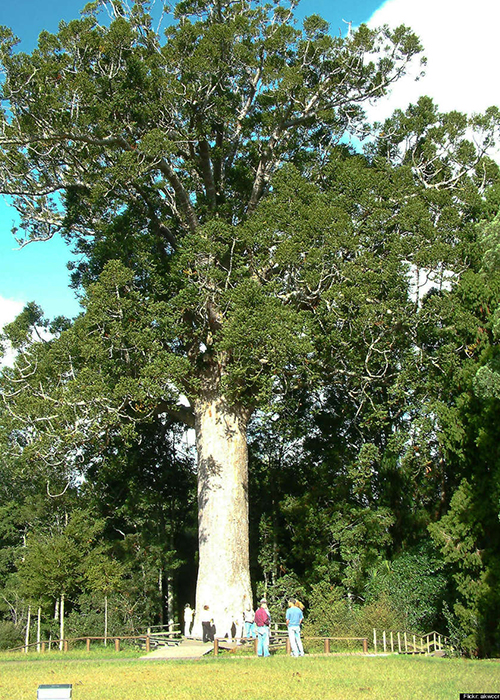 Like the Cliffs of Dover, but not, these cliffs stretch roughly 720 miles along Australia's southern coast. 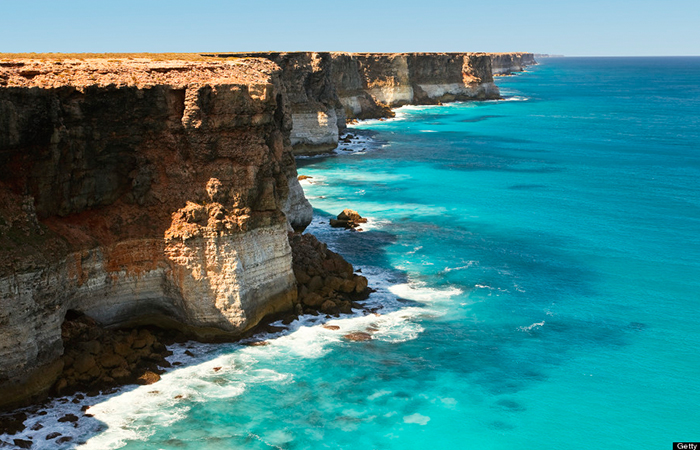 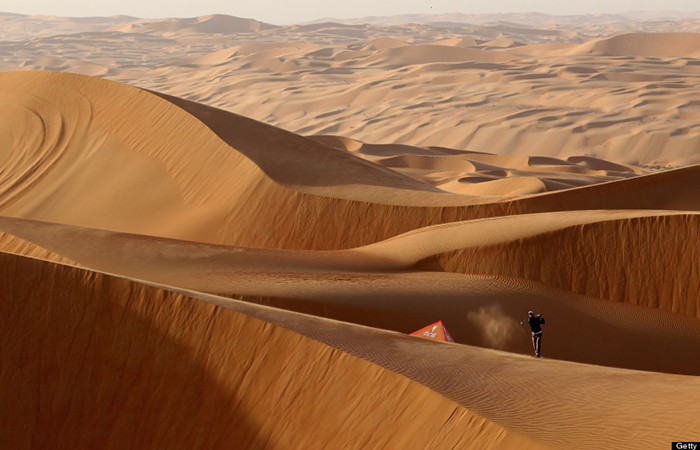 Commonly known as southernmost city in the world, Ushuaia is the jumping off point for Antarctic explorers. 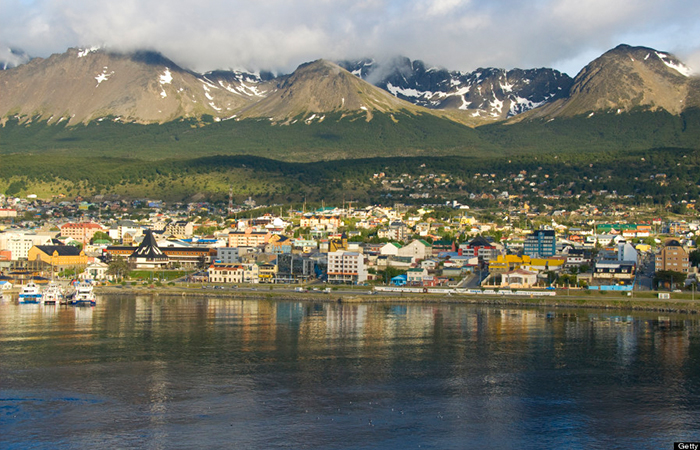 The world's coldest inhabited place is nicknamed "Pole of Cold." 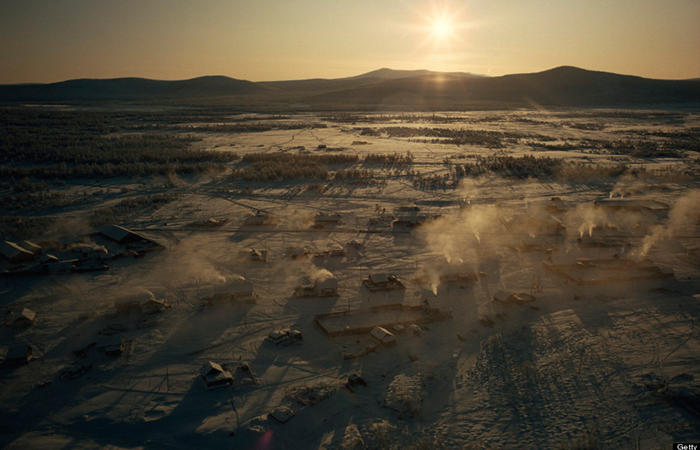 The highest point in Bhutan, this mountain is often referred to as the world's highest unclimbed mountain. 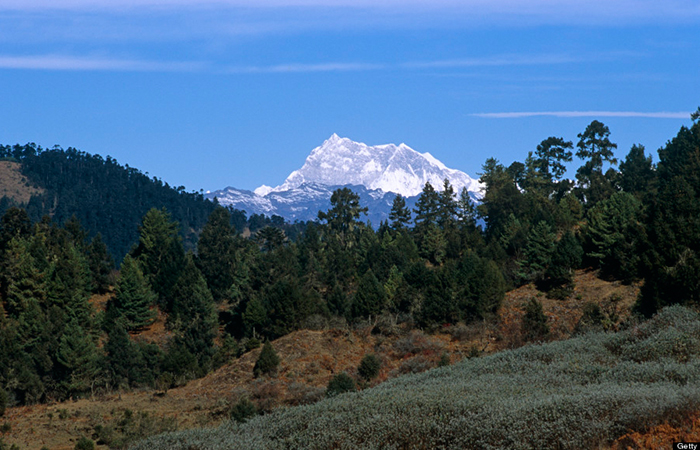 An archipelago of islands 220 miles off Yemen, the island is among the most biodiverse on the planet. There are nine species of the dragon's blood tree (seen here) on the island. 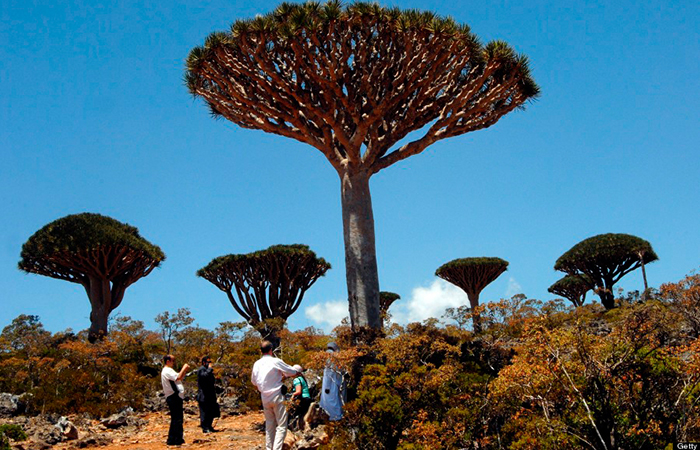 Measuring in at roughly 1.8 miles long, this natural tunnel sits deep in the forests of the Ukraine. 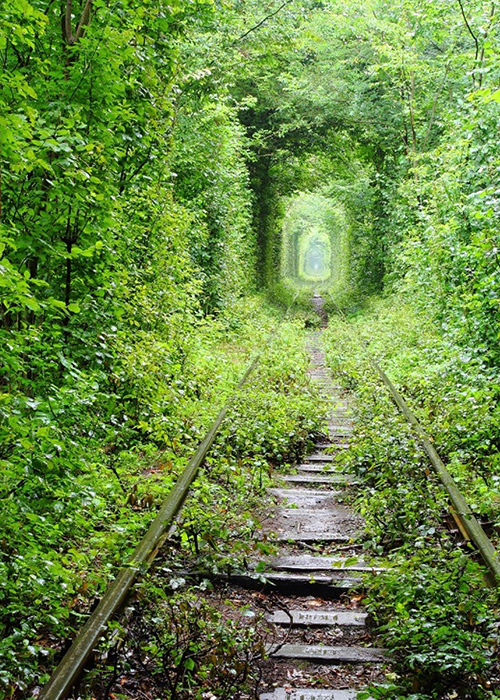 This red-hue on this "beach" is actually created by the seaweed Sueda, which starts growing in spring, stays green in summer and then turns this maroon-y color come fall. The beach is located within the biggest wetland and reed marsh in the world. 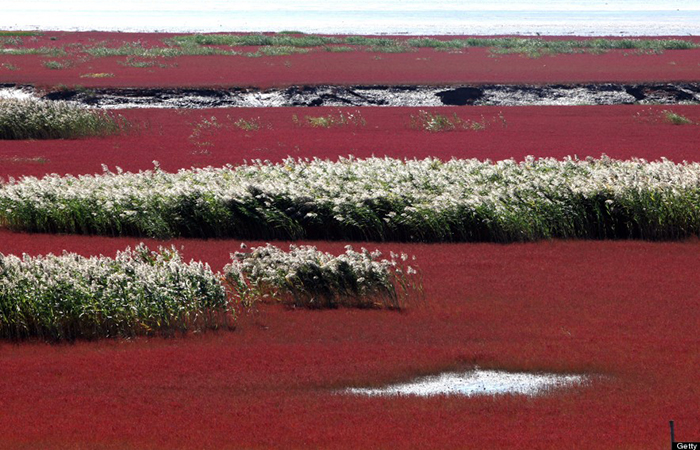 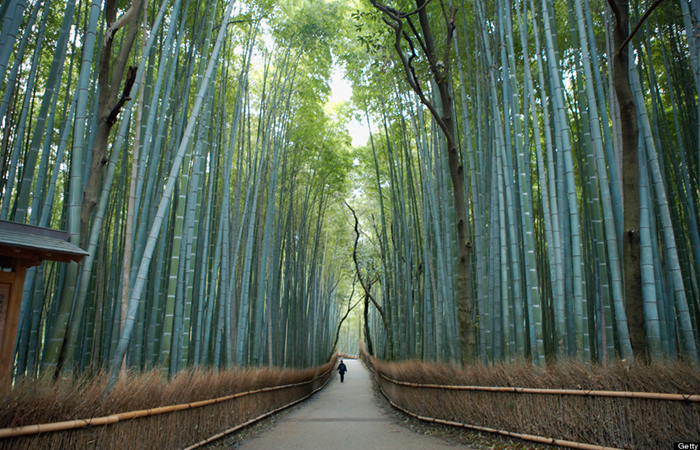 This street in Bonn, Germany

For roughly 2-3 weeks a year, the cherry blossoms bloom in Bonn, creating a rosy canopy on this street. 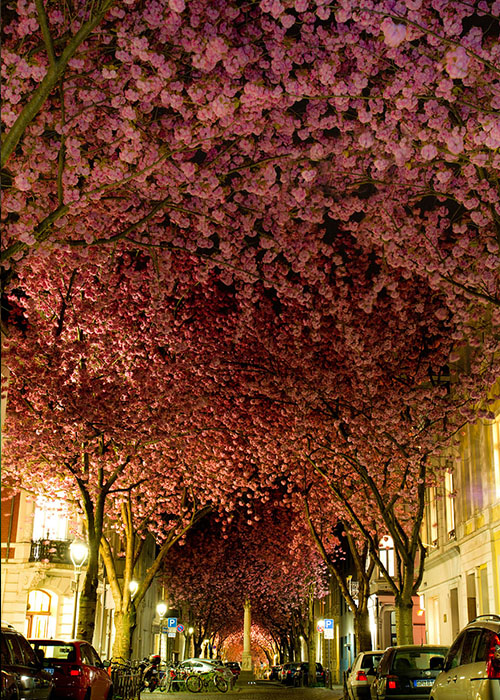 Ok, so it's manmade, and you can only really see it in April and May, but how cool is this? 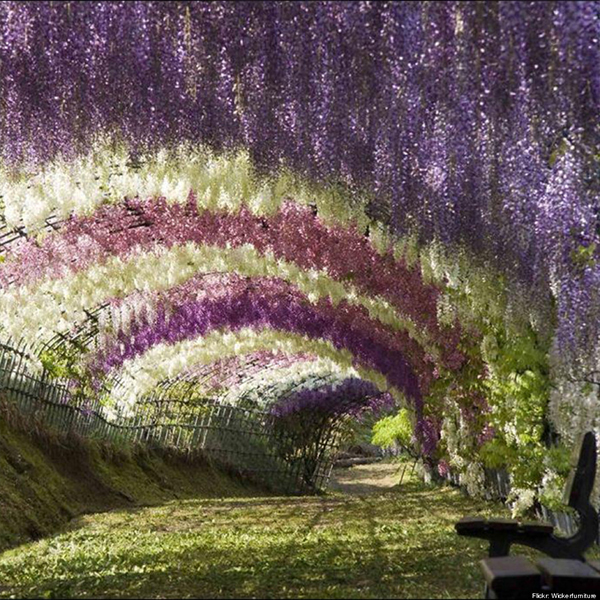 There are, as it is, several gateways to hell but this one features an underground gas fire that has been burning for 30+ years. 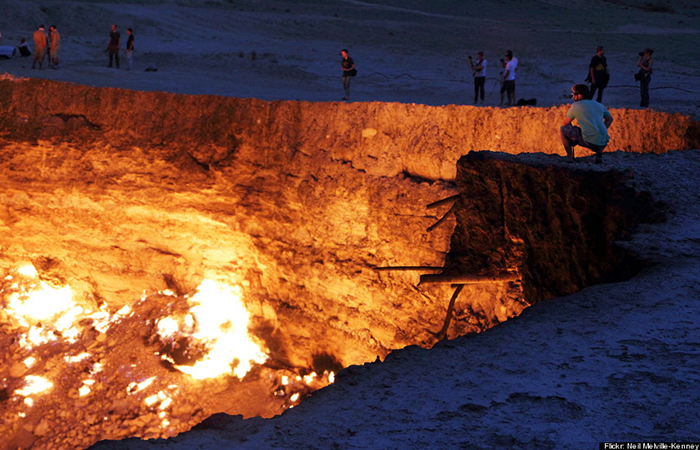 Erosion has created beautiful caverns in the marble of these mineral formations. You just need to take a small boat to see it in person. 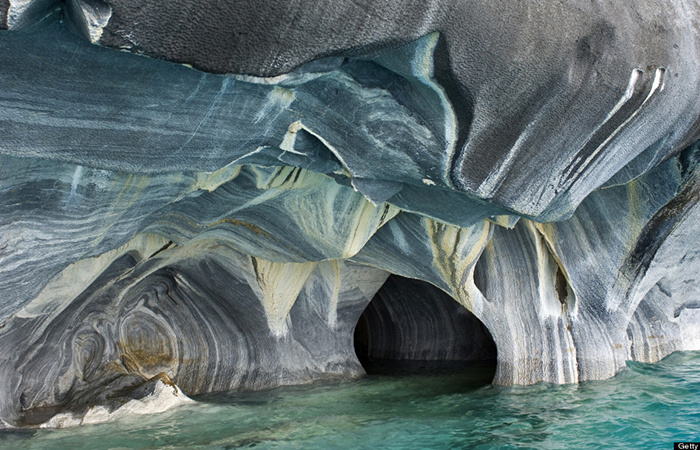 The world's biggest cave, set in Vietnam, could fit a 40-story skyscraper within it. 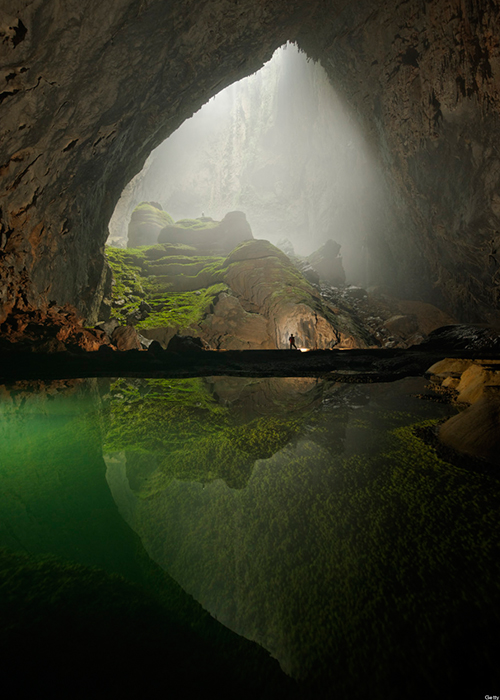 The pink-hued lake gets its awesome color thanks to a bacteria which is drawn to the lake's natural saltiness. The bacteria produces a red color to absorb the sunlight, thus giving the lake its hue. It's particularly colorful in dry season (November through June). 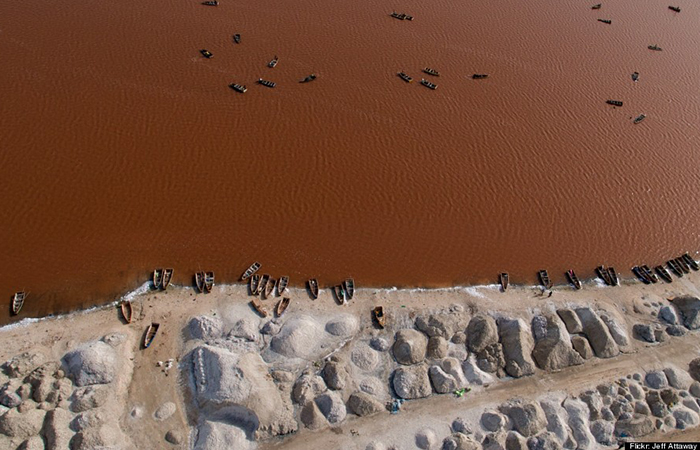 Part of the Zhangye Danxia Landform Geological Park, these UNESCO World Heritage-designated mountains get their rainbow name as a result of red sandstone and mineral deposits being pressed together for more than 24 million years. 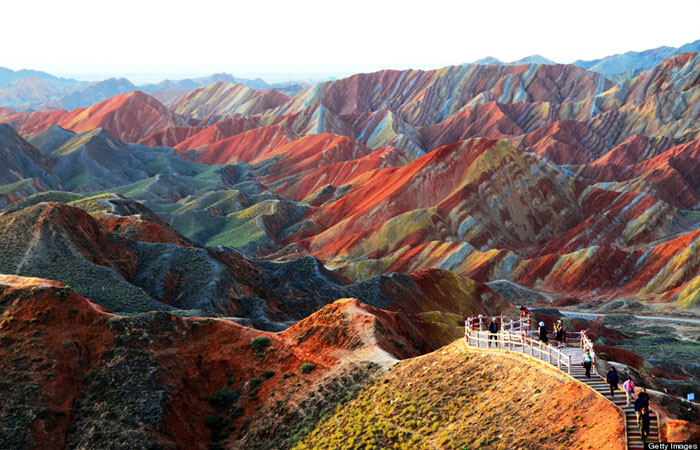 Conical formations caused by volcanic eruptions millions of years ago dot this stunning landscape. Now tourists stay in the many cave hotels that dot the area. 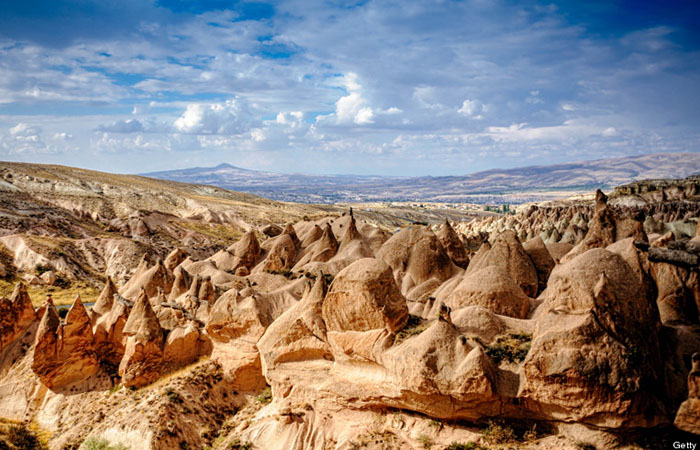 Ok, so this place is well-documented (and well-visited), but it's super cool to look at. 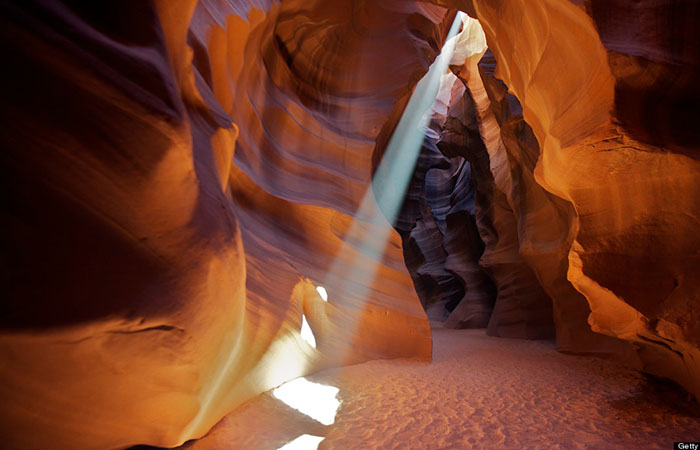 This crazy eerie formation creates a natural border between Venezuela, Guyana and Brazil. It's surrounded by 1,300 foot cliffs. 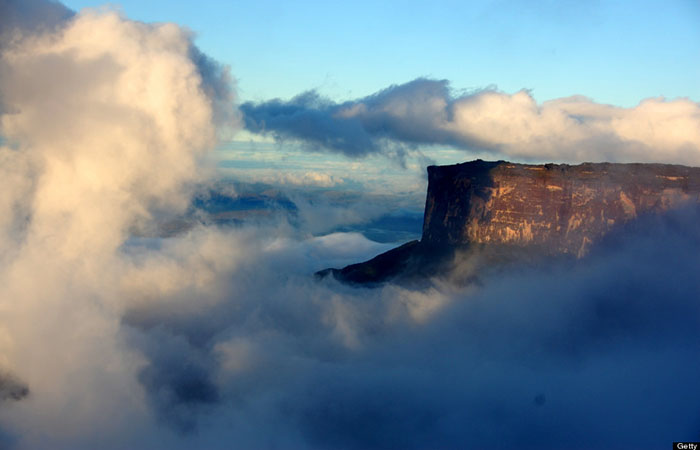