A fierce and bold wine making tradition, an alpine backdrop, and a bucolic landscape make up the northern region of Piedmont. French and Italian culture mingle in the kitchen and history blends seamlessly with the rolling green landscape, but there are also some very singular – very Piedmontese – sites to be enjoyed, too. From the legendary treasures of Turin to the rolling greens hills leading to pristine lakes and self-sustaining farmsteads (agriturismos), Piedmont may be the most diverse region in Italy. So when planning your next vacation, consider these picturesque places to visit in Italy's Northwest region.

Turin is a true Italian metropolis, though influences of other European cities may peek through the cracks here and there. It has served as Italy’s capital, host to the Olympic Games, and the seat of religious mystery; that history has led to a mixture of outstanding art, cultural integrity, and a lively, thirsty lifestyle. If you only have a day in this city, your shortlist should include the Mole Antonelliana, Piazza Castello, Duomo di San Giovanni, and the Turin Cathedral, which houses the legendary shroud of Turin. But this isn’t a sleepy medieval village – Turin has a culinary scene, nightlife, cultural facilities and major industry to match any other cosmopolitan center in central Europe. The difference is, it also has an astounding collection of Renaissance, Baroque, Rococo and Art Nouveau atmosphere. 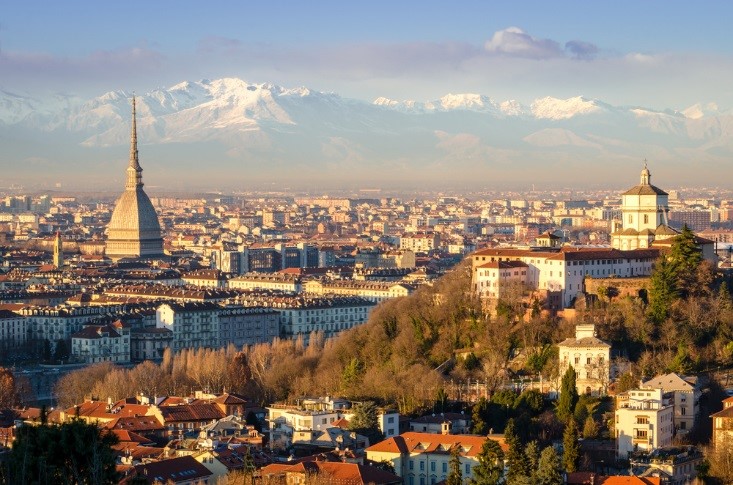 These two rival cities have a long history and a sparkling present: united by acres of vineyards straddling the 30 km divide between the towns, today the picturesque yet industrious cities focus on their sparkling whites (Asti) and heady Barolos (Alba). Instead of staying in either city, consider staying in the countryside, at one of the agriturismos that dot the landscape. These are fully-functioning farms set up as charmingly rural B&Bs, where you can immerse yourself in the scents, tastes, and hospitality of the land that surrounds you. From here, you can pop into either town pretty easily, for a taste of the curban offerings. 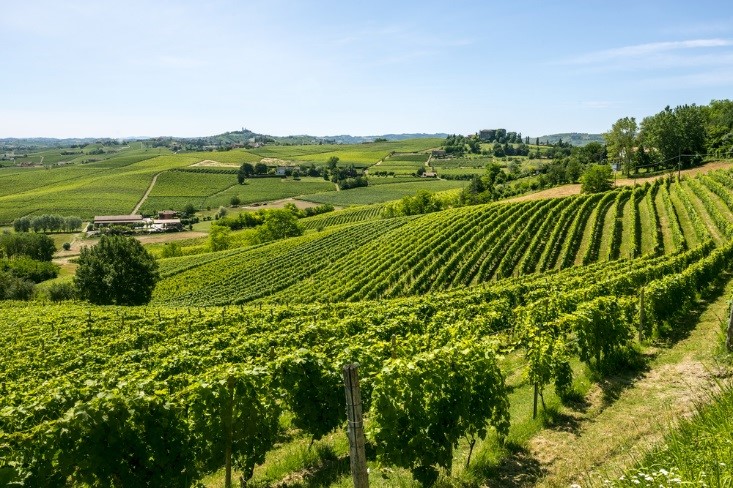 A short train ride out of Turin takes you to the monastery of Sacra de San Michele, a fascinating medieval fortress built into the rocks, and strewn with some wondrous sights. The Stairway of the Dead – once a setting for corpses – leads you up to the ancient church and an array of mysterious ruins. Members of the Savoy family are buried here, and there’s a solemn but eerily enticing spiritual overtone to the place: Gregorian chants follow you around the sacred art, and up to the phenomenal lookout. You won’t get a better view of the valley below and the Alps beyond. 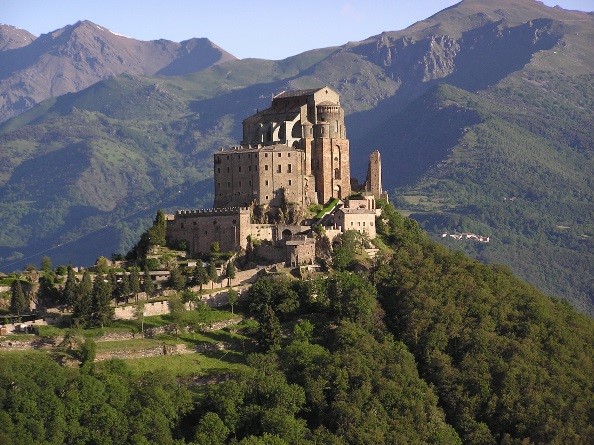 The longest valley in Italy is also one of the most magnificent: from the gateway of Rivoli, follow the Catholic pilgrims’ path to the 12th century Church of San Antonio, and onto the Novalesa Abbey, Susa Cathedral, and Susa’s Arch of Augustus (dating back to 8 BC). One of the most impressive structures in the valley is the Castello di Villardora, a medieval fortress with a storied past. This is a valley of forts and spiritual fortitude set against a gorgeously rugged and wooded landscape; you’ll need a decent pair of walking shoes to explore the space to the fullest. 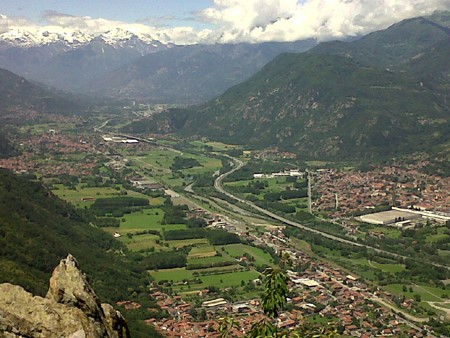 This tranquil lake tucked into the foothills of the Val Grande is picturesque and quiet, sitting to the west of the larger Lake Maggiore, and happily missing the typical tourist itinerary. You can drive up to the quaint village of Orta San Giuglio at the edge of the lake, where you will leave your car and admire a sweeping panorama of blue water. Strolling the streets long the coast line, the scenery will relax and impress: look out to San Giulio Island, a charming group of monastery buildings and a walled castle standing like a time capsule in the middle of the bay.  The town is sweet and simple, a comfortable and hospitable accompaniment to the most romantic of the northern Italian lakes. 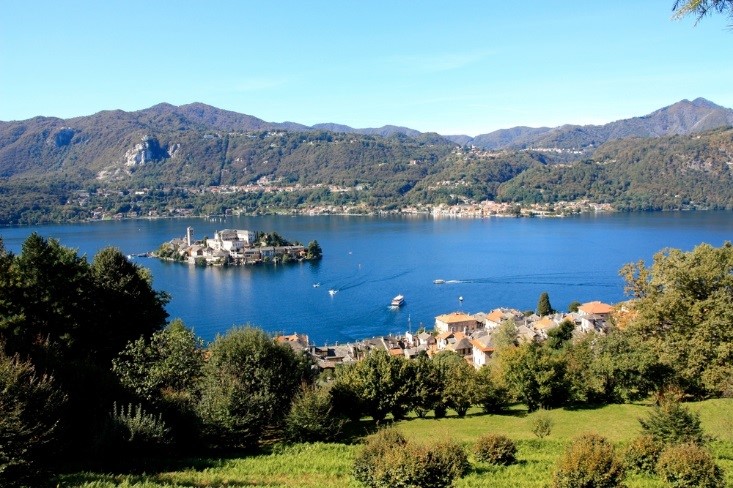 Deep in a mountain pass off the road to Turin sits Fenestrelle Fortress, a structure dating back to the 18th century and the biggest alpine fortification in Europe. It’s carved into the rugged mountainside, and sprawls out so wide that you need half a day to see a reasonable section of the fort. Regardless of how far inside you’re able to get, the views are incredible: the masterful military architecture around you is something to be admired up close, and as the fort is literally surrounded by snow-capped Alps, you cannot find a poor vantage point. It’s worth signing up for the guided tour, given the immense historical knowledge and passion of the trained guides. 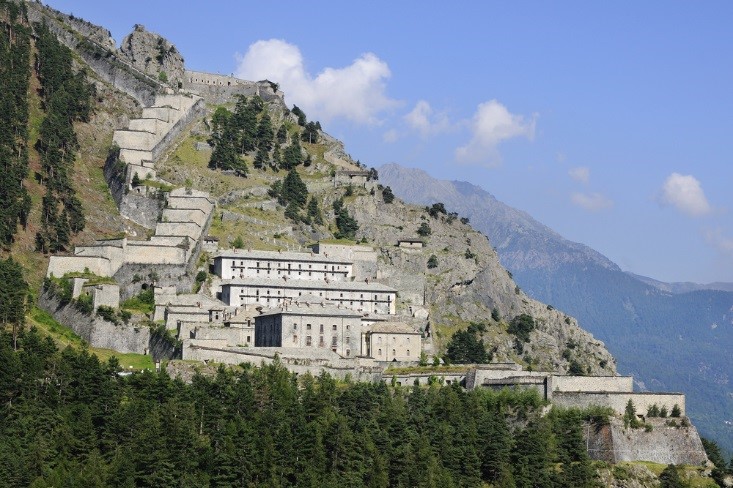 Unless you’re driving down from the north, Piedmont can fall off your radar when planning a trip through Italy. But even if it’s off your plotted path, consider taking a day or two to check out the gems the region has in store. Once you’re here, be sure to sample a range of their legendary local cuisine, from rustic creamy risotto to white truffle and world-class red wine.

Comment on 6 Picturesque Places to Visit in Italy’s Northwest