7 Top Cities to Visit in the Heart of the Netherlands

The Netherlands has a little bit of everything that Northern Europe has to offer – except for mountains. You’ll find a deeply embedded love of the arts, remnants of a Roman past, significant and marvelous palaces, castles, and a feast of fresh and honest food and drink. Cobbled city streets arch over canals (the ever-present symbols of Dutch civilization) and Gothic town squares anchor the social and stylish Dutch lifestyle. You can walk through fields of tulips or cycle around the legendary windmills, but to really experience Dutch culture you’ll need to shrug off the stereotypes and head into the urban spaces. Here are seven charming and engaging cities that should be included in any tour of The Netherlands.

A tour of the Netherlands wouldn’t be complete without a visit to its capital – and not just for the freewheeling counterculture. Amsterdam is a treasure trove of Flemish architecture, significant historical sites, and world-class museums, not to mention a tastemaker and trendsetter in design and cuisine. The elaborate system of canals that criss-crosses the narrow streets offers a bit of a pastoral slant in the bustling metropolis. As in other Dutch regions, bicycles rule the roost here, but you can easily get around the compact city center on foot. Despite its reputation, Amsterdam is not a city of seedy back alleyways and adult clubs – there are so many chic, classy, and charming experiences in every region of the city. 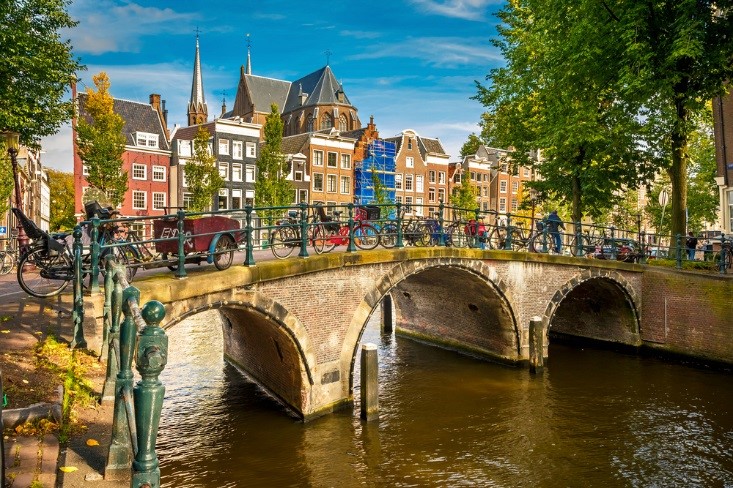 Combining refined urban tradition with seaside serenity, Haarlem is bursting with historical flavour and charm. It sits just north of busy Amsterdam, which makes the place a rather convenient stop, but certainly a city unto itself: this is where many famous Dutch painters called home, so there are plenty of good galleries to visit, and it’s known as one of the best shopping districts in the country. With roots tracing back to the 10th century and the Counts of Holland, Haarlem has its fair share of stately architecture (though much of the original infrastructure was raised by fire in the 14th century), and when you’re ready to escape the sightseeing and consumerism of the city, the seaside destination of Zandvoort is just 10 km away. 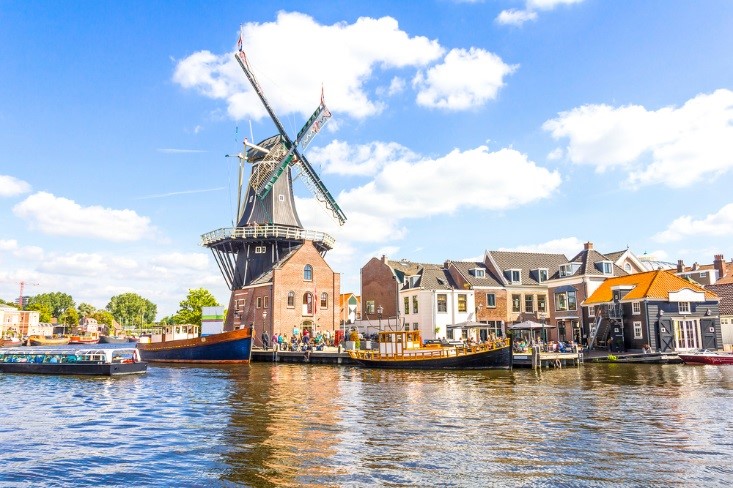 If Amsterdam is a cultured eccentric, Rotterdam is its quirky, fun-loving cousin. Plenty of diversity and a pulsing nightlife guarantee a delightfully hectic atmosphere, and the mismatched architecture of several eras adds to the interest. Rotterdam was razed during the bombing of WWII, so it lacks the old Dutch flourishes that you would find elsewhere, but it boasts a number of excellent museums, including the renowned Boijmans van Beuningen. With quality markets, well-landscaped parks and an impressive music scene, it may live in the shadow of Amsterdam, but it has certainly earned a reputation of its own. 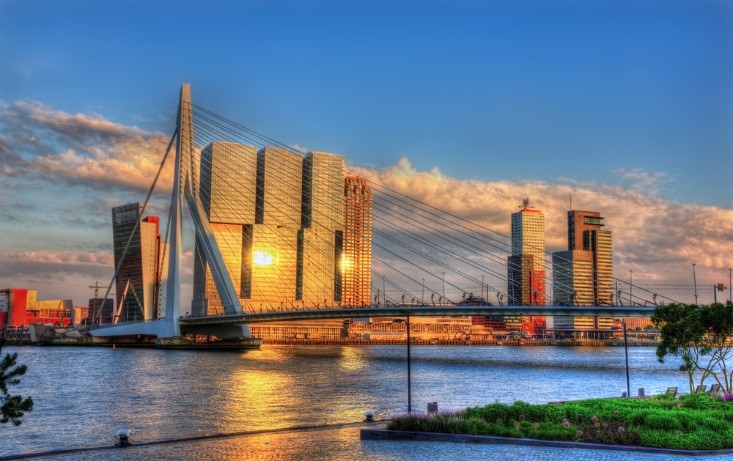 A refined and elegant city, The Hague is home to the Dutch royal family and the nation’s government, but also a magnet for cultured and curious travelers. With more pomp than Amsterdam and a chic patina, this is where to go to shop exclusive and independent boutiques, sip cocktails in classy joints, and take in the stoic political facades alongside some of the best Dutch art in the world. Visit the Mauritshuis museum in the old palace to see Vermeer’s legendary Girl with a Pearl Earring, and take a tour of the Binnenhof buildings with their restored Gothic dining hall and splendid 17th chambers. If you grow tired of the official palaces and government haunts, head to Scheveningen and its bright, frenetic stretch of coast. 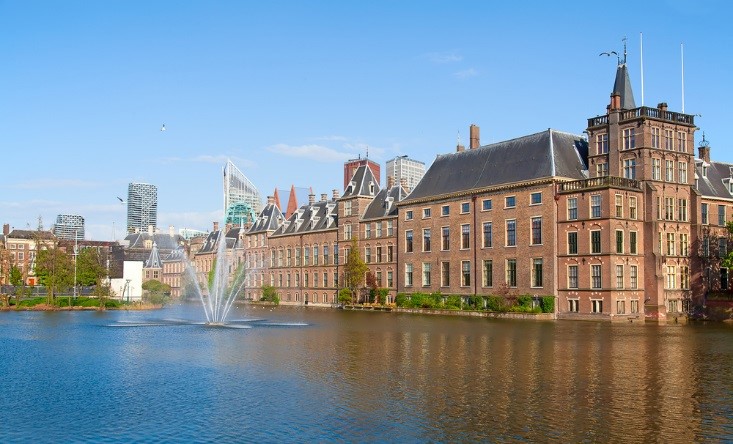 Utrecht is a big city that knows how to celebrate. With a student population of 70,000, there’s always energy and activity around the streets, and the warmer seasons bring a host of events, competitions, and festivals. A pristine old town is cradled in the center of a modern sprawl, and while you’ll have to comb through some residential and commercial streets to get there, it will reward you with a languid center square lined with cafes and bordered by terraced canals. Once you’ve strolled around the city at sea-level, head up the 465 steps of the Domtoren (the medieval cathedral tower) for an unmatched view of the city, the surrounding countryside, and even Amsterdam. 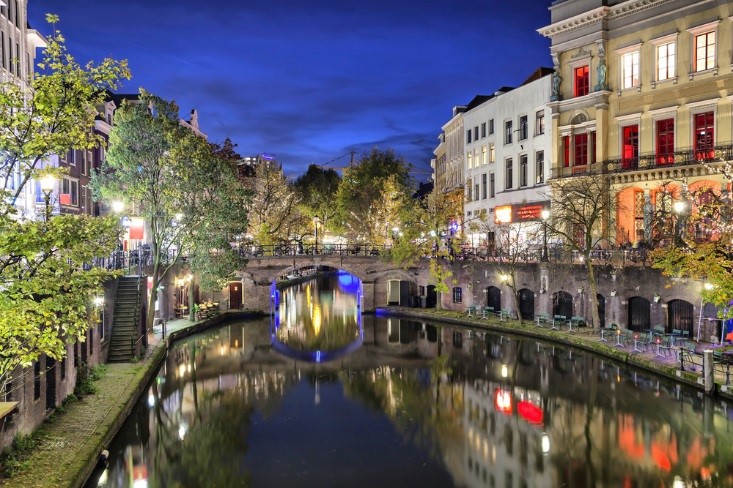 Leiden is a university town – in fact, it hosts the oldest university in the Netherlands – which lends a youthful and vibrant character to the quaint canals and narrow streets. The city has a storied past, defending the country against Spanish invaders, and later, welcoming Protestant refugees from surrounding lands, but it’s also the birthplace and adolescent home of the Dutch master Rembrandt van Rijn. You can see a lot of his work at the Lakenhal museum, a restores 17th century manor with a variety of temporary and permanent exhibits of the Dutch masters. Afterwards, wander over to the 14th century Pieterskerk and the Gravensteen across the plaza, which served as a prison in the 13th century. 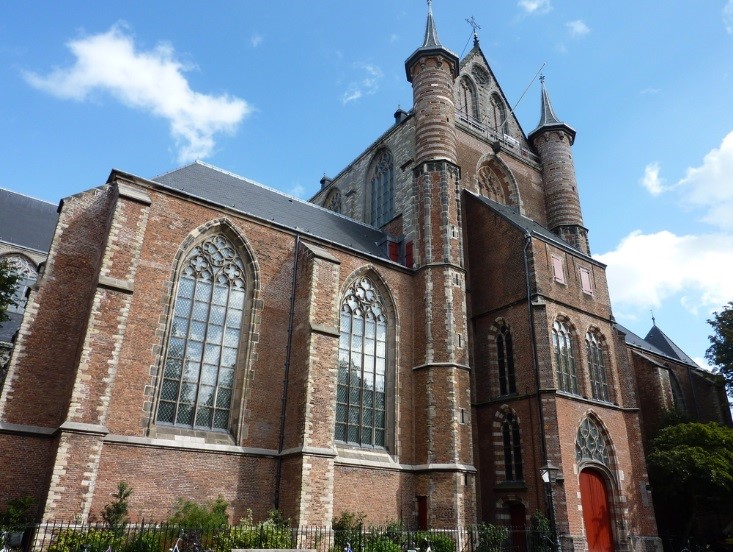 This southern city has more Belgian and German influence than other parts of the country, from their prevalent beer culture to the frivolity that comes with a generous and hospitable culinary tradition. More energized and vital than you would expect from a relatively small city, you’ll find cutting edge restaurants and intimate squares among the Flemish-tinged facades and storied streets. Maastricht has held a strategic positon that has earned it military upgrades and refinements throughout the centuries, such as miles of defensive Roman tunnels that can be seen from Fort Sint Pieter. It’s also more pastoral than its urban neighbours to the north, with rolling hills starting just a few miles out of the city and leading to forested vales perfect for hiking and biking. 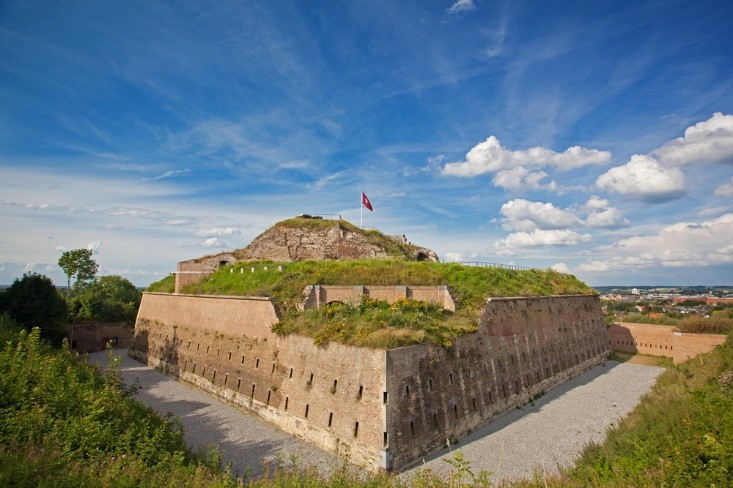 The Netherlands, like its neighbour nations, has a fairly extensive train system that can get you to major sites quickly and easily. Luckily, the country isn’t that large, so you could even squeeze your visit into a few days, if you’re strapped for time. As for the best time to visit, the North Sea ensures a steady Atlantic breeze all year round – which explains all the windmills – but spring and summer are the most forgiving.