8 Must See and Do's in Finland

Finland is a wonderful European secret that more people are happily discovering each year. A little off the beaten track in culture, language, and geography, Finland delights in contrast and creativity: historic urban centers lead the pack in design and social expression, but there is just as much space and reverence for the sleepy maritime villages and breathtaking northern landscape. Nature is a big part of the Finnish lifestyle, which means any tour should include some trekking and laid-back cottage living, but don’t discount the sights and sounds on offer in the quirky, bustling Finnish cities. Here are eight places that bring all the facets of Finland to life. 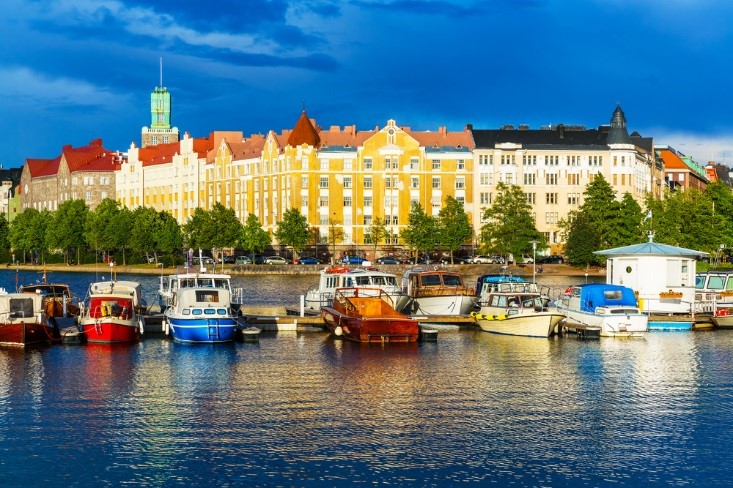 Finland’s capital is the gateway to the country, and most visitors begin their journey within its modern streets. Brimming with culture and statuesque architecture, Helsinki is the poster-child of Scandinavian design: galleries like Kiasma and the Finnish Art Gallery celebrate the nation’s creative and cutting-edge insight, while revamped neighborhoods showcase a hip and trendy vibe that sets the city apart from other northern urban centers. But there’s a good deal of history here, too, like the museum island of Seurasaaren Ulkomeseo, a collection of ancient wooden buildings transferred from around the country and set in a wooded landscape for you to explore. Indeed, there is a near perfect mix of old and new in Helsinki, and certainly enough to keep you busy for at least a few days. 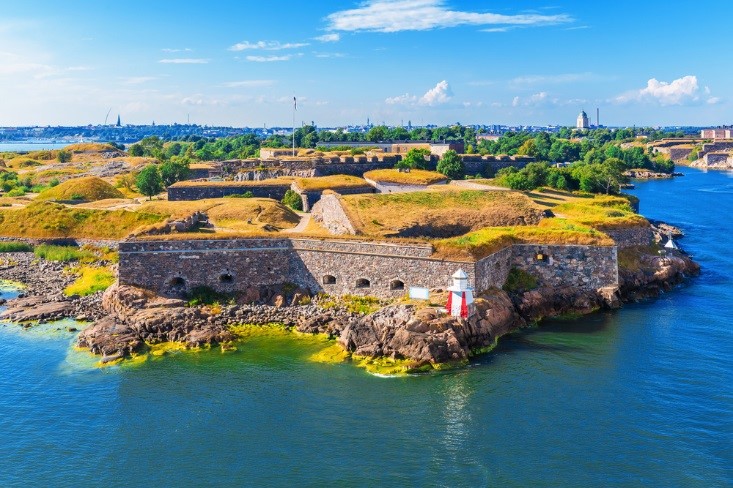 On the outskirts of Helsinki sits the magnificent 18th century Suomenlinna, the “fortress of Finland”. Not surprisingly, this collection of historic buildings, bunkers, fortress walls, and walking paths is a UNESCO Wold Heritage Site, marking the nation’s Swedish heritage, its evolution under Russia, and its naval capacity (you’ll catch a glimpse of Finland’s only surviving WWII submarine that was used in battle with the Russians). The sites are spread out over a nest of islands connected by bridges, and you can make your way around by following the blue signposted walking path. From the military remnants to shipyards full of wooden vessels and a church that doubles as a lighthouse, Suomenlinna is saturated with Finnish maritime charm and an impressive military patina. 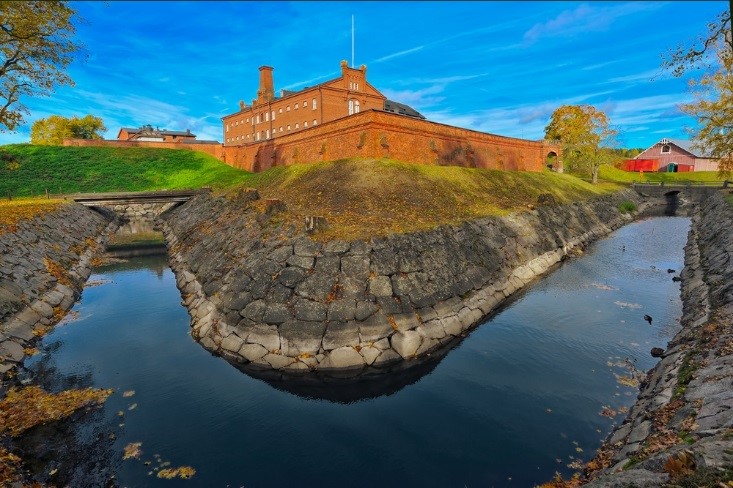 Anchored by a towering red brick castle, the fortified town of Hämeenlinna was built in the 17th century on the edge of Lake Vanajavesi, although it never saw serious battle. In turn, the castle is in beautiful condition, and you can take a guided tour of the interior rooms and exhibition of period costumes and furniture. Venture into the center of town for a pleasant stroll through the Market Square, and then onto the birthplace of Hämeenlinna’s most famous resident, Jean Sibelius. Finland’s prized composer was born in a humble wooden house that is now a museum where you can learn about his early life, and perhaps even catch a concert. Afterwards, head to the Sibelius Park, a “musical experience” space, where visitors are treated to Sibelius’ compositions as they move through the park. 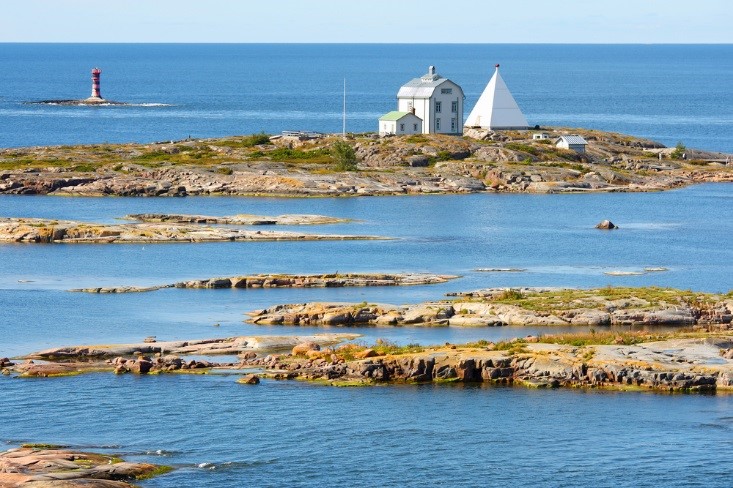 The beautiful archipelago of Åland juts into the Baltic Sea between Sweden and Finland, and offers a unique brand of Finnish culture and history over its 6,500 islands. Here, more people speak Swedish than Finnish, though the region isn’t quite like either of its Scandinavian neighbors. You’ll find traditional maritime communities marked with old lighthouses, and a strong farming past promises idyllic fields and quiet villages on islands connected by bridges or short ferry rides. This is the land of national parks and incredible seascapes, but there’s also an impressive artistic slant in the towns and cities. With a laid-back lifestyle but lots of opportunity for a bit of culture and adventure, the Åland islands certainly deserve a visit. 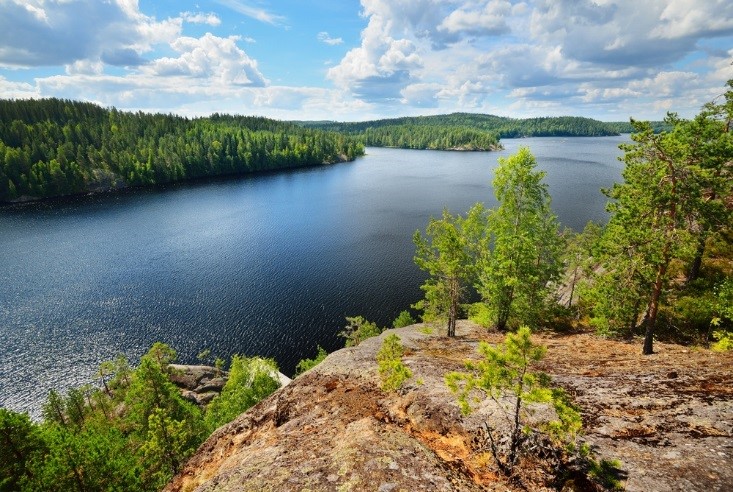 Finnish Lakeland is the largest lake district in Europe, and a truly remarkable landscape. Acres of blue water and forested ridges offer untouched beauty and unmatched tranquility, but there’s a good deal of activity in the region, if you look for it. Lake Saimaa is the largest lake in the country, and home to fleets of vintage steamboats, scores of kayakers and paddlers, and wonderfully rustic lakeside cottages where locals spend their long northern summer days. The dense, green landscape supports a good deal of wildlife, too – you may even spot some elk on the shores. 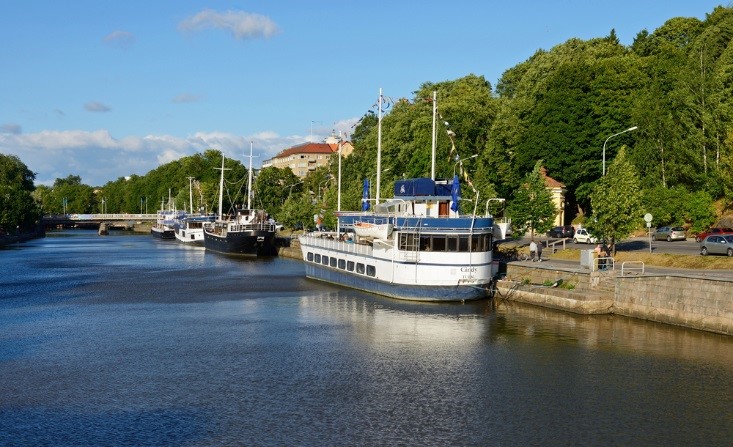 Turku is Finland’s former capital, and while the heart of modern Finnish culture is now in Helsinki, there’s still a great collection of medieval, Gothic and maritime atmosphere to enjoy here. In fact, Turku represents the south coast of Finland very well, with a brilliant culinary scene and scenic port towns taken from the pages of storybooks. Don’t miss Aboa Vetus (Old Turku), an impressive archaeological excavation of the town’s medieval streets, and the gorgeous Turku cathedral. The sizeable university in the city ensures a bustling student population, and the fun and frivolity that goes with it: excellent summer festivals, plenty of nightlife, and a good helping of artistic influence that give the city just enough of an update. 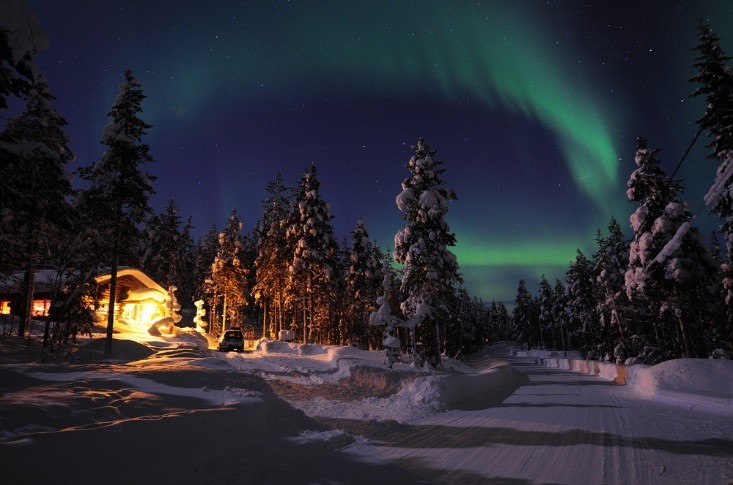 Travel north, way up into the interior, and you’ll reach Lapland, one of the most majestic stretches of natural landscape in Europe. It’s a land of reindeer and Northern Lights, but also a stronghold of animated Finnish culture and ancient tradition. Cities and wilderness are right next to each other, and the contrast can be exhilarating and a bit disorienting; after a five day hike with only the snowy landscape to keep you company, a spell in the buzzing Lapland capital of Rovaniemi can feel like you’ve stepped into another world. This is also the home of the Sámi, one of Europe’s only remaining indigenous peoples, and an intriguing dimension of Scandinavian society. 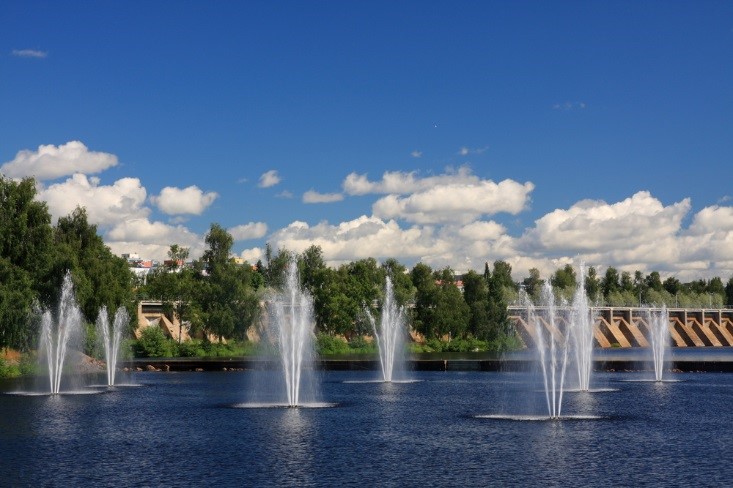 A little bit of urban flare, a little bit of country living, and a little bit of wilderness – Oulu has a winning combination of Finnish charms. It’s a fairly sizeable city (the fourth largest in the country), and it sits on the west coast, near the top of the Gulf of Bothnia. Oulu has a spectacular variety of urban comforts, like the Rotuaari Promenade, where you’ll find all the restaurants and boutiques you could want, but since it’s perched on the southern edge of the vast northern wilderness, the natural attractions are just as popular. In fact, Oulu draws more cyclists than anywhere else in Finland, given its extensive network of bike paths and serene surroundings, but the green spaces, sandy stretches, and Koitelinkoski Rapids have universal appeal.

Seeing Finland in the midnight sun of the summer months is an incredible experience, but don’t shy away from a winter trip: the cold, dark stretch of winter has a majesty and mystery all its own, and the Finns certainly know how to weather the cold as well as anyone else on earth. Hot saunas, icy pools, and crystal clear nights lit up by the Northern Lights are in store if you head there later in the year, and that’s an experience you will never forget.