8 Natural Bridges To Cross If You Dare

Nature never ceases to amaze, especially when it comes to rock that has been sculpted like clay and proudly displayed. Naturally- formed bridges are some of the most mysterious and thought-provoking structures out there: with no engineer but time, wind and water, these enormous arches have survived centuries and captivated people for generations. Some see them as sacred, others relish the optical illusions they create, but whatever your reason for visiting a big, beautiful natural bridge, it should always inspire a bit of wonder. These eight exceptional stone bridges from around the globe are sure to do just that.

Natural bridges are magnets for photographers, and one of the most ubiquitous images floating around the web is of a joyful traveler on the Anastarpi Coastline natural bridge in Iceland. This incredible basalt rock formation was carved out by the ocean over eons, leaving a structurally-sound bridge that – as the photo shows – visitors can move across. With Iceland’s prehistoric backdrop and the crashing sea underfoot, it’s definitely a humbling experience. 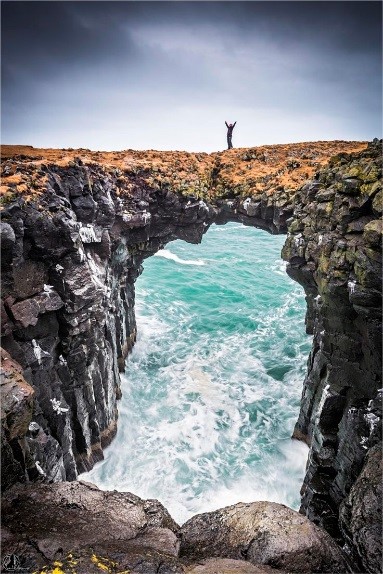 Malta is a slice of Mediterranean paradise in its own right, but the arching Blue Grotto along its coastline is something out of a storybook. Tucked into Malta’s southern coast, next to the deserted islet of Filfla, this natural bridge formed out of mineral-rich rock that also lines the adjacent caves. Together with the cobalt blue water, the mineral elements that shine orange, purple, and green create a colorful scene from sunrise to about 1 pm. Taking a boat ride through the arch and to the caves is an unforgettable – and unmissable – activity. 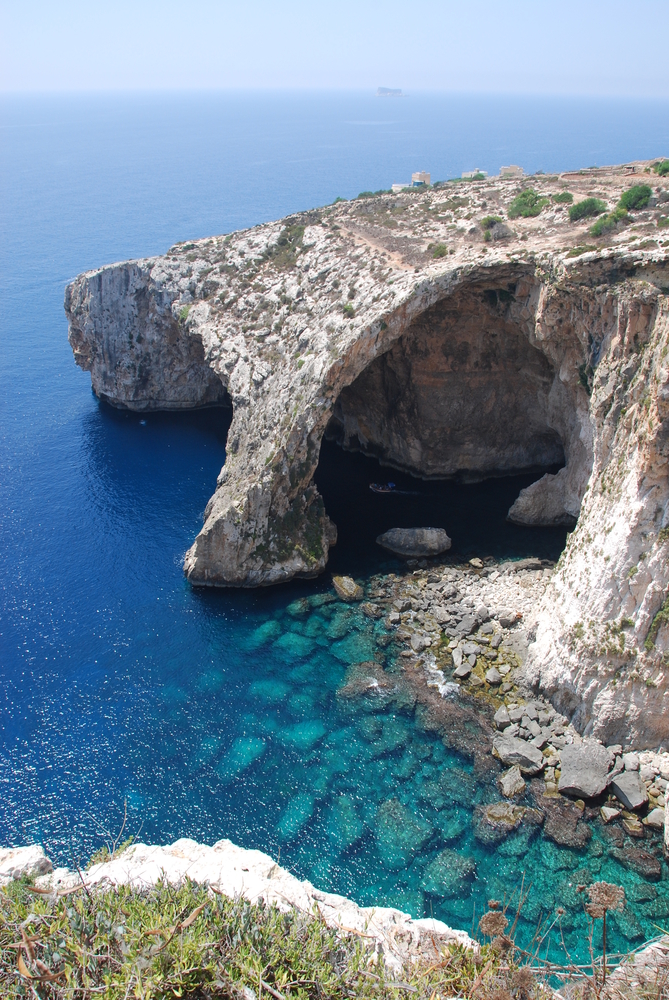 The nearly perfect arc of red rock is one of the largest known natural bridges in the world. The sandstone was carved out by wind, rain, and the water flowing down from snow-capped Navajo Mountain over the centuries, and local native tribes continue to revere it as a sacred monument. On bright summer days, the effect is stunning: a long, elegant curve against a stark blue sky and desert scrub. It’s likely the most popular natural bridge in America, seeing 85,000 visitors each year. 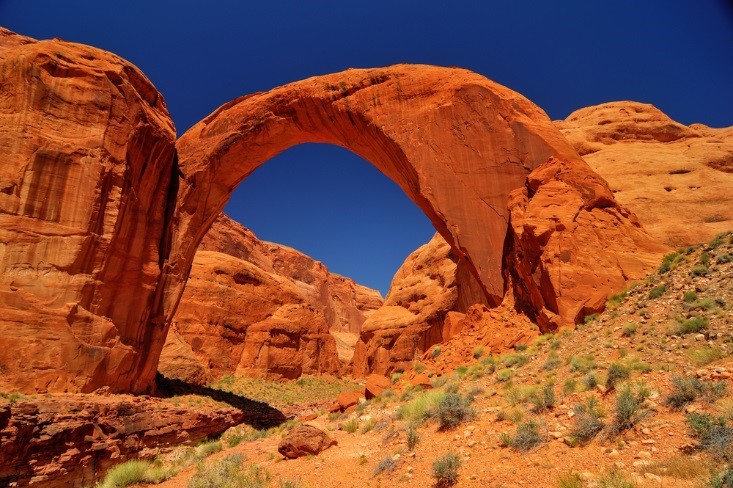 A stunning 54 meter-high stony arch, neatly straddling a lazy river and lined with lush greenery, the Pont D’Arc in France is a highlight of the Ardèche. It draws a crowd of canoes and kayaks throughout the summer, but there’s plenty to see on foot, too: once you’ve taken in the arch, you can make your way to the Chauvet-Pont-D’Arc Cave, containing the earliest known cave paintings in the world. The nearby town of Vallon-Pont-D’Arc makes the ideal jumping-off point for a deeper exploration of the primitive surroundings. 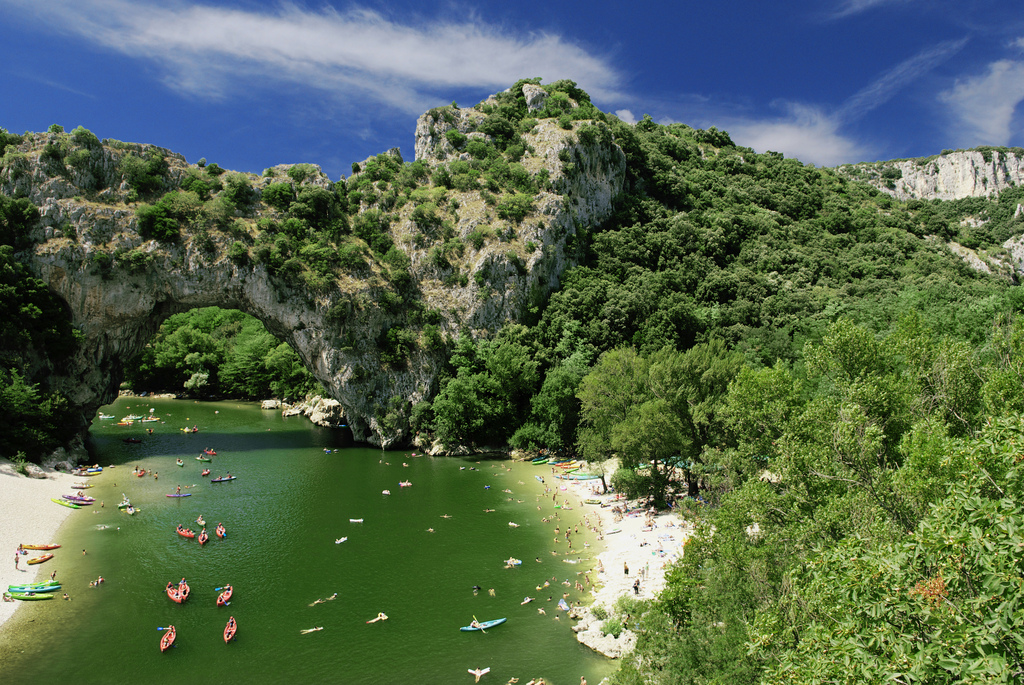 Known by locals as the Xianren Bridge, this gigantic natural stone arch in Guangxi Province is the largest of its kind in the world. To see the Fairy Bridge, you’ll need to take a three-hour rafting trip along the Buliu River – a lengthy trip that helps the bridge remain relatively obscure and pleasantly under-visited.  The 400 meters in length will dwarf the small rafts moving through the opening; visitors should prepare to be humbled. 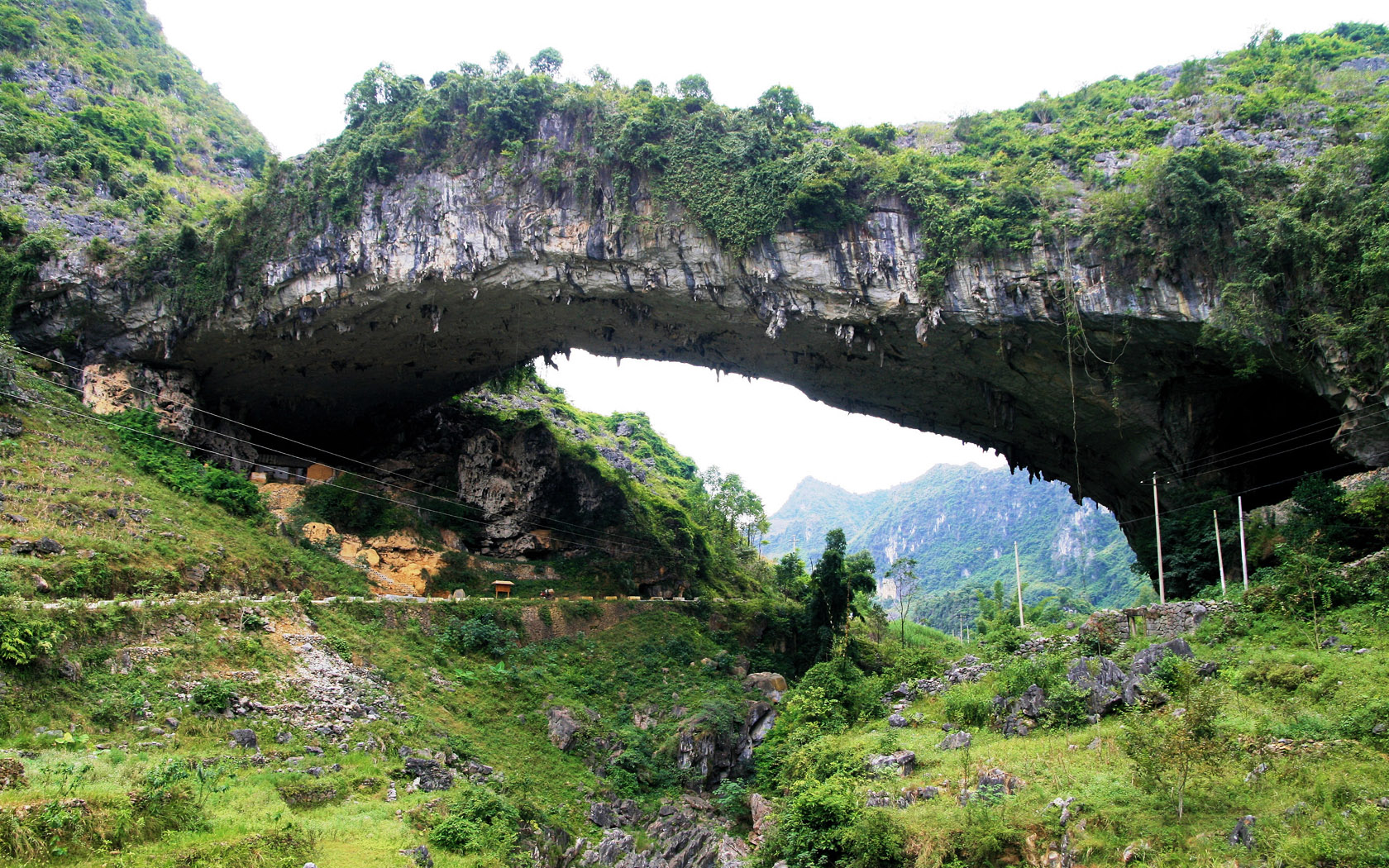 Hulking granite boulders in Western Australia’s Torndirrup National Park have fused and eroded into a variety of interesting formations, and the Natural Bridge is one of the finest and most accessible. A short walk from the parking lot will lead you to the remarkable sight, and the large, flat surface of the rock invites visitors to walk across the stone. With the blue of the sky and ocean peeking through the rock, fantastic photo opportunities are guaranteed. 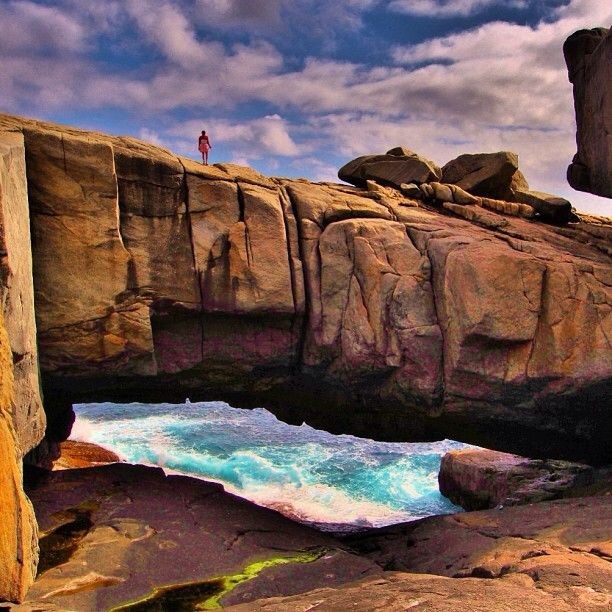 Deep in the Czech region known as Bohemian Switzerland stands the Pravčická Brána, Europe’s largest sandstone arch. Before the 1980s, visitors could freely walk across the sky-high arch, but erosion has led to a ban on foot traffic. Luckily, the scene from the ground is just as beautiful, especially with the stately 19th century hotel nestled into the cliff side. 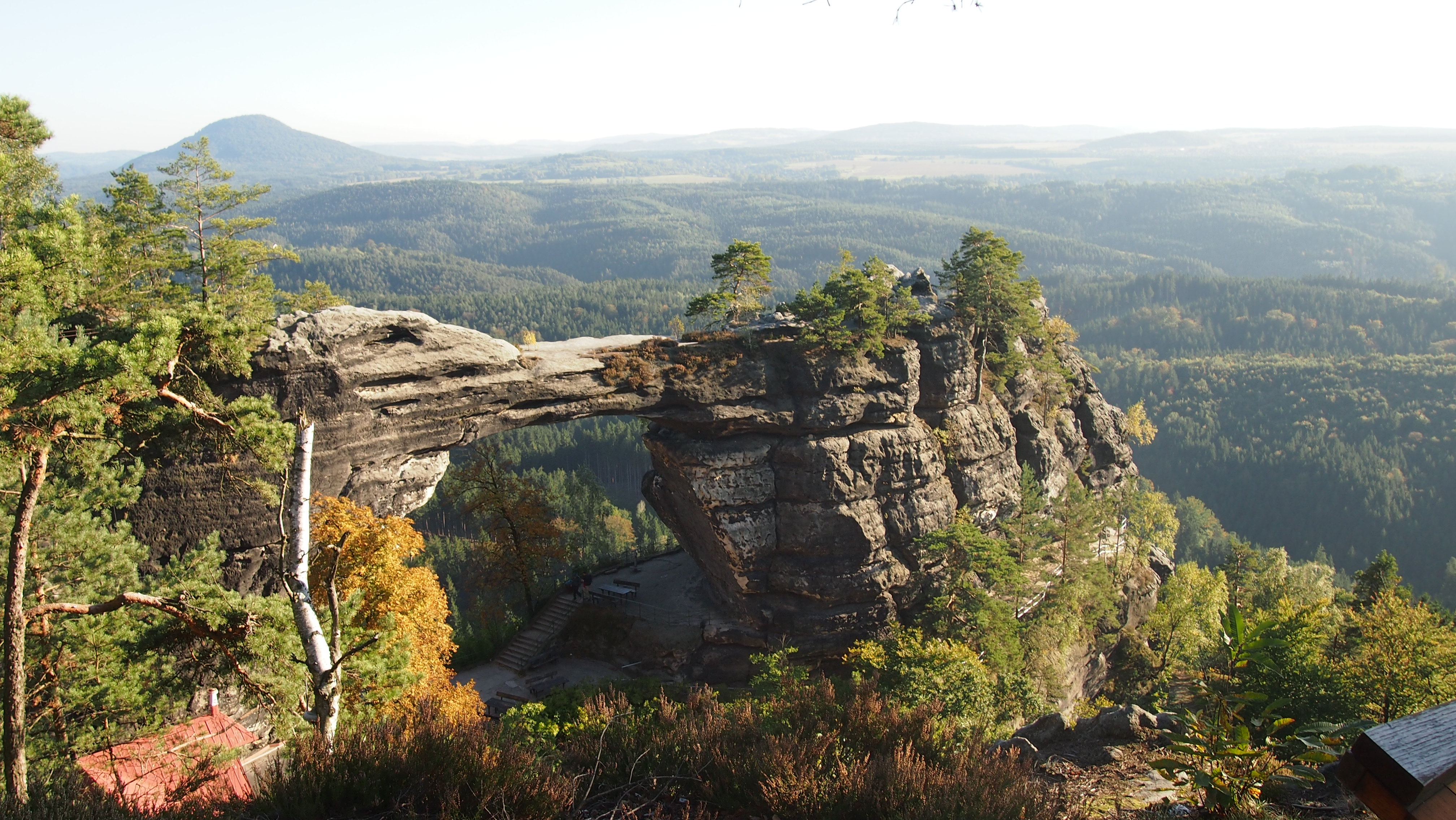 In Western Canada’s Yoho National Park, you can see the impressive natural rock bridge that spans the wide and turbulent Kicking Horse River. It’s as much a lesson in geologic history as a picturesque element of the landscape, given that visitors are treated to various viewing points along with interpretive displays that unveil the elemental forces at work. It’s also close to a juncture of three rivers, which offers up a beautiful system of biking and hiking paths, and the nearby mineral lick attracts a variety of local wildlife. 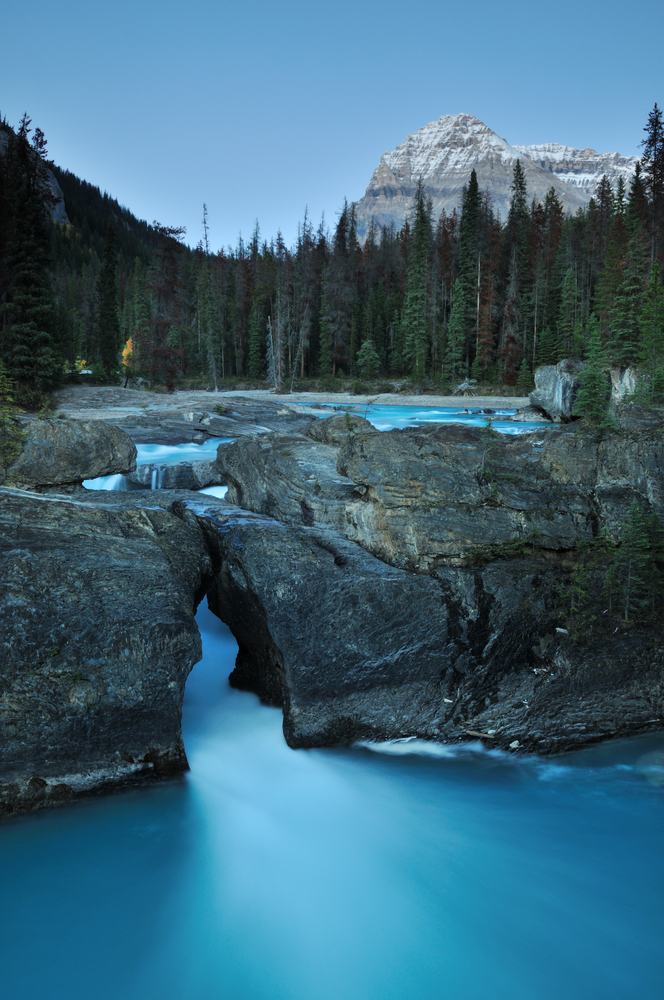 Natural bridges take millions of years to erode into their peculiar formations, but human intervention can speed up that process significantly. They may be built of heavy, sturdy rock, but most parks will have rules against climbing or walking on the structures. Fortunately, the best photo opportunities are on ground level, where light and landscape can play on the rocky dimensions to create some excellent effects.

Comment on 8 Natural Bridges To Cross If You Dare