8 Stadium Foods to Try Before You Die 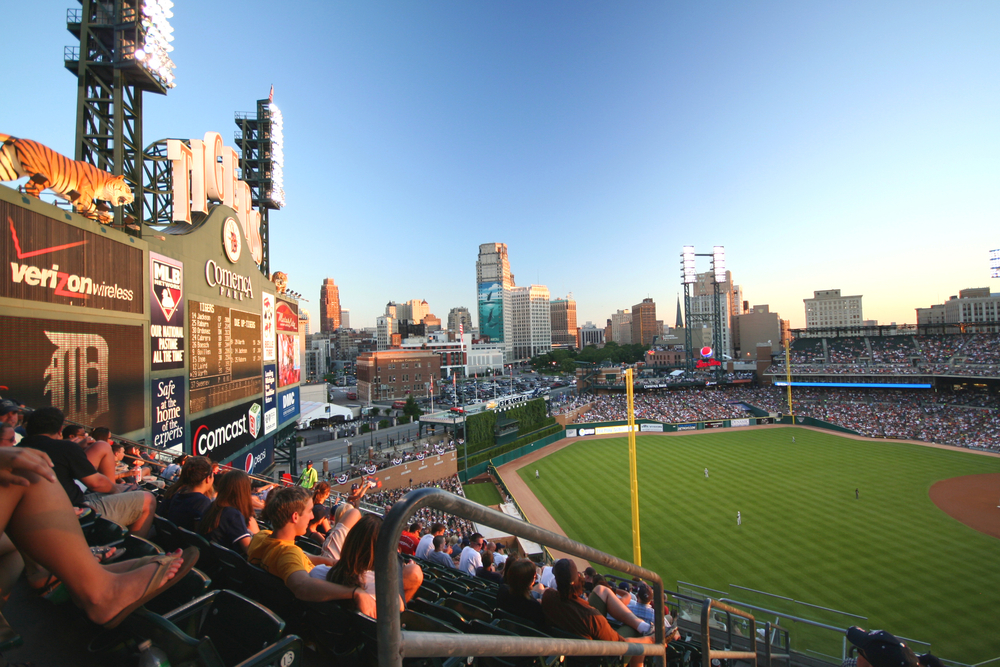 You can’t get through the whole game without tasting some house specialties, and these days, American stadiums are catering to the very hungry (and very ambitious). From burgers that take up half the table to helmets full of nachos, these monstrous stadium foods may have started out as novelties, but they continue to earn a place in the hearts and stomachs of die-hard fans.

Leave it to Texas to raise the stakes for ballpark franks. At 2 feet long and $26, the massive Boomstick will cost you over a dollar an inch, but fans say it’s well worth it. The one pound, all-beef hot dog is weighed down with chili, nacho cheese, jalapenos and caramelized onions, which should last you from the first pitch to extra innings. 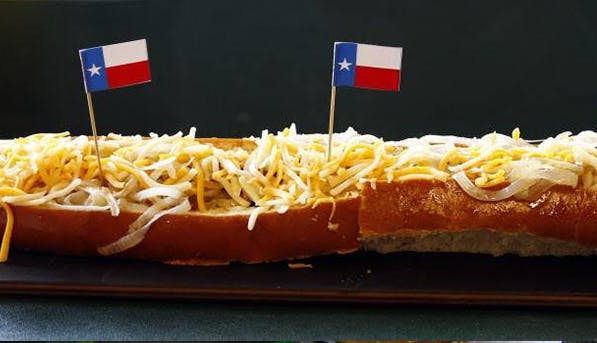 Weighing in at eight pounds, this hamburger is in a league of its own. But it goes beyond the typical burger in other ways, too – with a medley of ground brisket, chuck and short ribs, it’s a triple threat in the meat department. All the usual toppings are there (in enormous amounts), including tomatoes, lettuce, onions and American cheese, plus some crunchy pickle chips for good measure. It will run you $59, which is actually pretty affordable, since you’ll likely need to split it 10 ways. 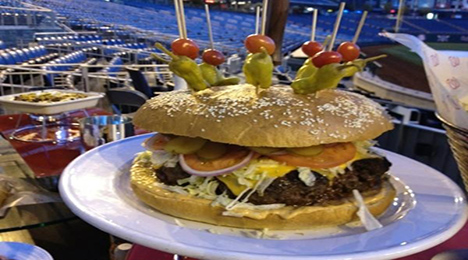 The Burnt Ends sandwich at Kauffman stadium is the best of Kansas City BBQ with a nod to the Philly cheesesteak: melted Swiss cheese blankets the rich, crispy brisket tips, and a generous splash of barbecue sauce tops off the masterpiece. Fans of top-quality BBQ won’t be disappointed. 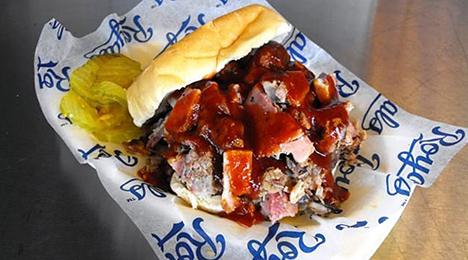 You’ll have to go up to Canada for this box of cheesy, meaty goodness, but if you’re a fan of poutine, it’s probably worth the trip. The traditional Canadian fries-and-gravy concoction gets a boost with three kinds of pork (bacon, pulled pork and sausage), plus a heap of the obligatory cheese curds. 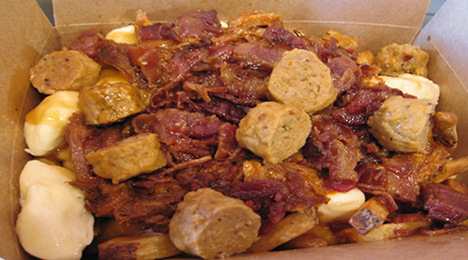 You’ll find all of the usual and many gourmet nacho toppings in the Heavenly Nachos, and lots of them. It begins with a life-sized helmet full of tortilla chips, then comes your choice of meat, sour cream, jalapenos, cheese and guacamole until you need two hands to support it. It’s probably best if you share with your neighbors. 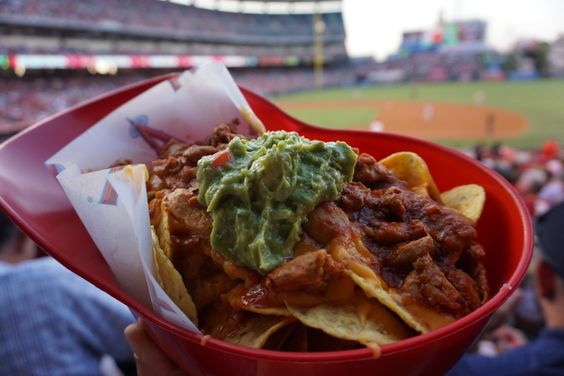 If you like your pork sweet and salty, do yourself a favor and grab a Pigskin Sandwich the next time you’re at a Raven’s game. Chunks of pork slow-roasted in a mango and jalapeno glaze are piled high and topped with a crunchy cabbage slaw, roasted garlic sauce and manchego cheese. The messy result is one of the most flavorful sandwiches you’ll ever meet. 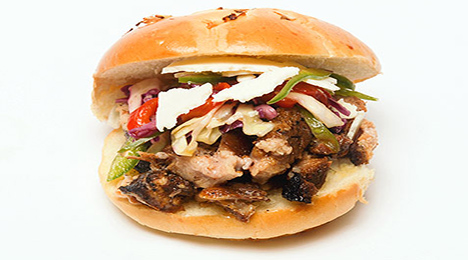 Packers fans like to warm themselves on those frigid Wisconsin Sundays with a steaming mug of macaroni and cheese. Of course, this is no ordinary mac and cheese: with a heady mix of cheddar, cream cheese and beer, it’s stick-to-the-ribs food that is sure to keep you toasty and satisfied for at least one quarter. 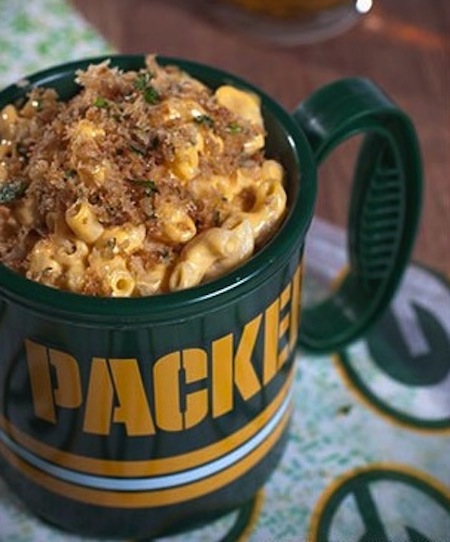 Don’t let its modest name fool you – it’s no simple hot dog. This is a bacon-wrapped, deep-fried sausage packed into a hoagie bun and topped with beef chili, jack cheese and slices of crispy fried salami. With its mounds of greasy protein, Cincinnati’s Meat Lover’s Dog will challenge any proud carnivore to put their money where their mouth is. 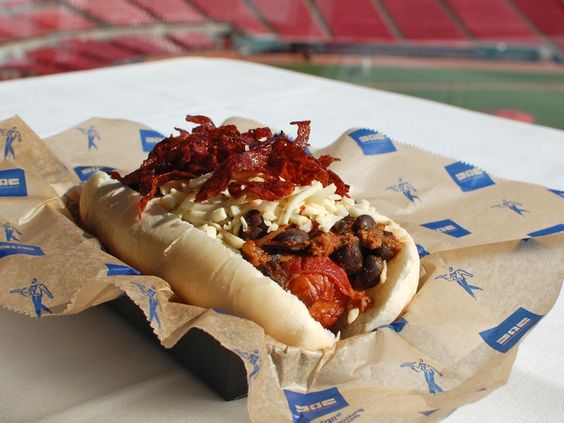 The stadium food competition is getting fierce. Each year, bigger and greasier fare trumps last season’s offerings, and the food has almost become its own event. All the more reason to show up with an empty stomach and a group of friends, so you don’t miss out on any tantalizing dishes.

Comment on 8 Stadium Foods to Try Before You Die