9 Popular Holidays Around the World

Travel is a great way to see different customs, explore unique cultures, and see how different people live - and celebrate! These holidays are among the most popular around the world. Click ‘Next’ to learn more about some of the most celebrated days on Earth.

Christmas is a widely-observed cultural holiday, generally celebrated on December 25 by billions of people around the world. The holiday is an annual commemoration of the birth of Jesus Christ, with a mix of celebratory customs in various countries. Popular modern customs of Christmas include gift giving, themed music, exchange of Christmas cards, church celebrations, special meals and decorations. There are also closely related figures such as Santa Claus, Father Christmas, St. Nicholas and Christkind. The holiday is a key sales period for retailers and businesses. 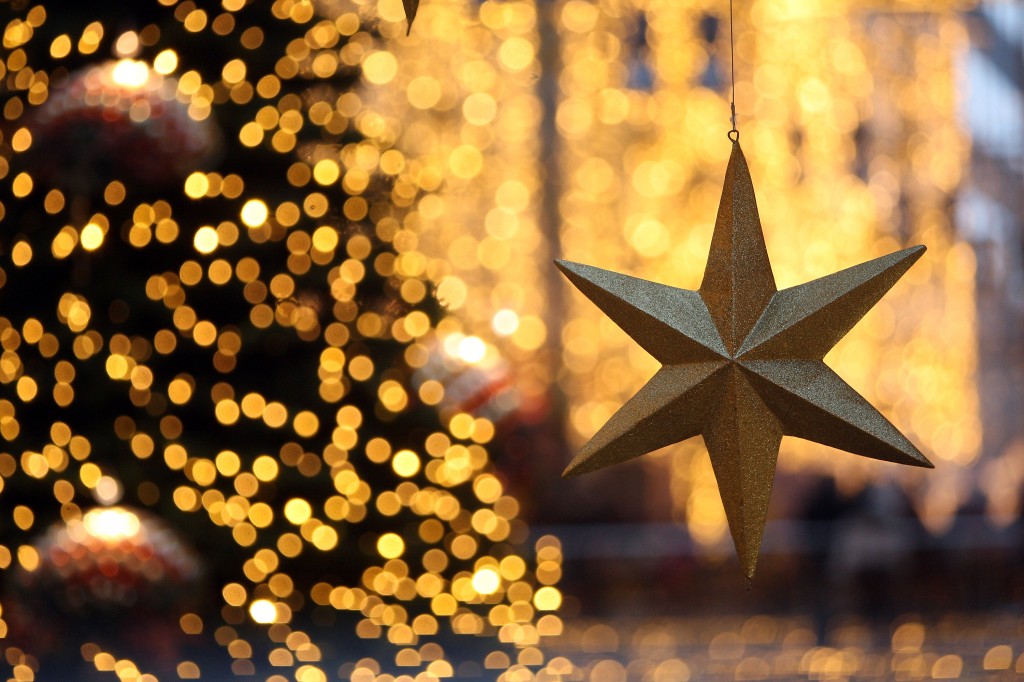 Day of the Dead

Celebrated throughout Mexico, the ‘Dia de Muertos,’ or Day of the Dead focuses on gatherings of family and friends to pray for and remember other friends and family members who have died. Taking place on October 31, November 1, and November 2, to coincide with the triduum festival of Allhallowtide, traditions connected with the holiday include, building private altars, honours the deceased using sugar skulls, marigolds, and the favorite foods of the departed, and visiting graves with these as gifts. 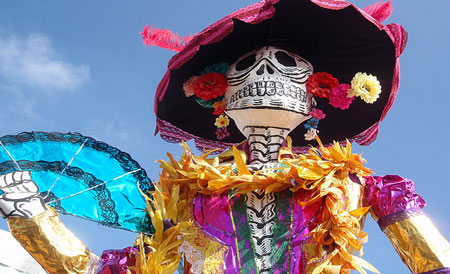 Saint Patrick’s Day is a cultural and religious celebration honoring the death date of Saint Patrick, the most commonly recognized patron saint of Ireland. Though the holiday was made an official Christian feast day in the early 17th century, today its become a celebration of Irish heritage and culture in general in countries around the world. The annual March 17 celebrations typically involve public parades and festivals, wearing green, shamrocks, and for some, attending church services. However, Saint Patrick’s Day’s best loved tradition is probably getting drunk - with Lenten restrictions on eating and drinking alcohol lifted for the day, consuming green beer has become a favorite Saint Patrick’s Day pastime. 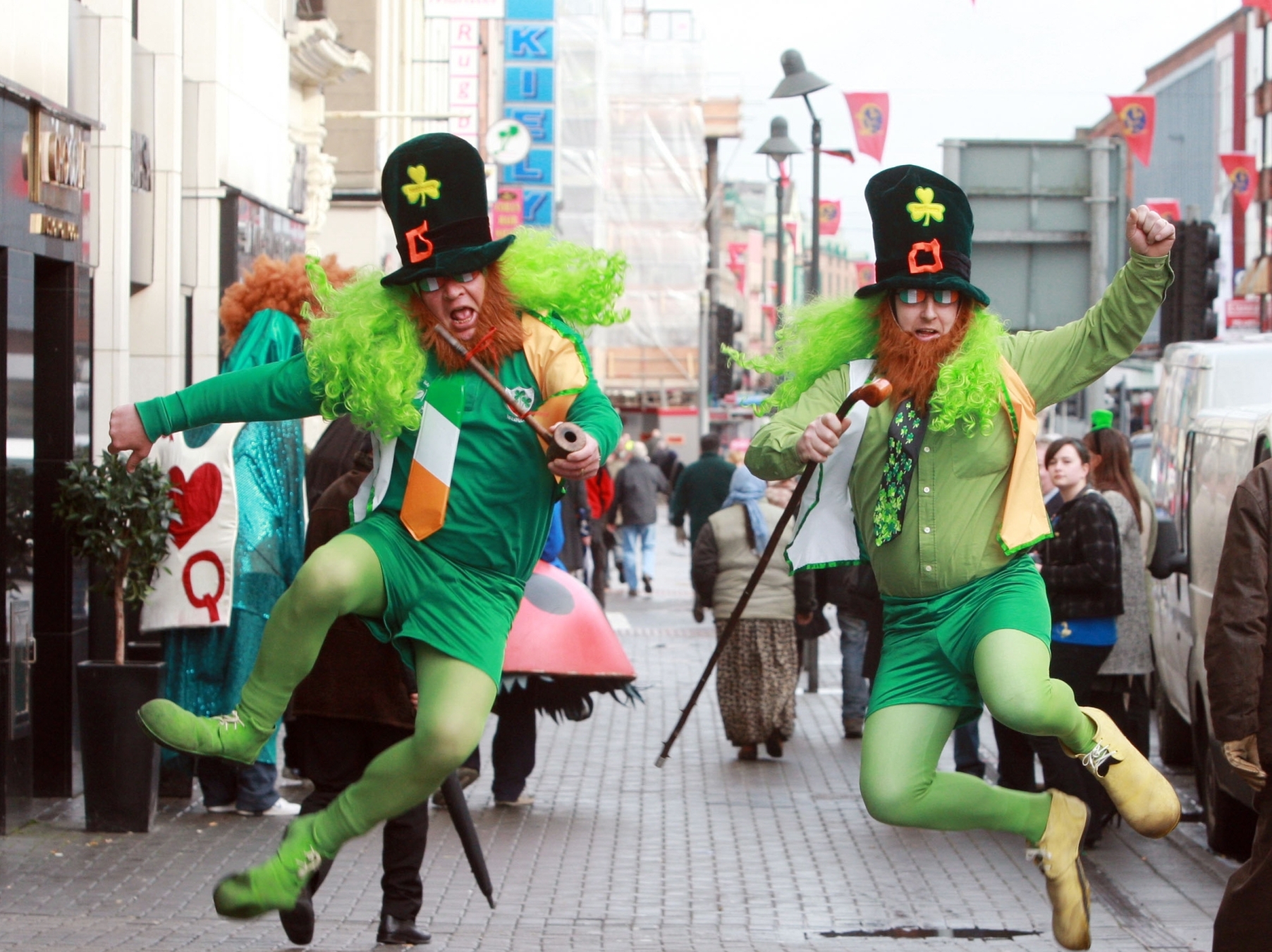 Chinese New Year, also known as the ‘Lunar New Year,’ and ‘Spring Festival,’ is an important traditional Chinese holiday, with celebrations often lasting about two weeks. Traditionally, the festival was a time to honor ancestors and deities, though today, regional customs and traditions surrounding the new year’s celebrations vary widely. Generally, it’s a time for the family to gather together, with good fortune, happiness, wealth, and longevity being popular themes. Children receive money from relatives in red paper envelopes, and families thoroughly clean their homes during this time to sweep away any bad fortune from the previous  year and make way for in-coming good luck. 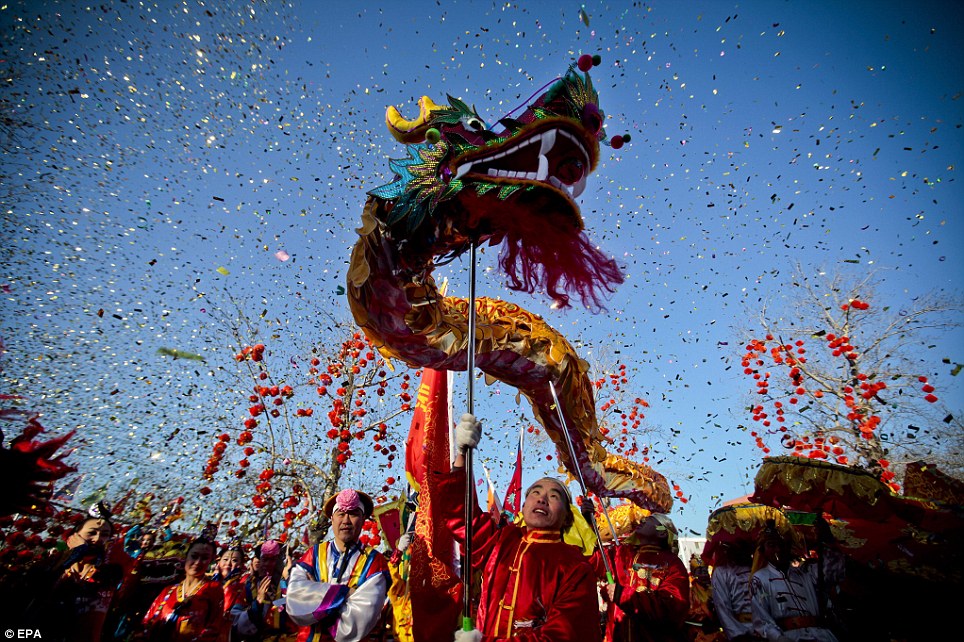 Signifying the end of Ramadan, the Islamic  holy month of fasting, Eid al-Fitr falls on the first day of the month of Shawwal. It’s a day when Muslims around the world show a common goal of unity. The holiday has its own particular Islamic prayer, which is generally offered in an open field or large hall, as it may only be performed in a congregation. Since Muslims are not permitted to fast during Eid al-Fitr, celebrations include eating traditional sweet dishes. Visits from family and friends, giving gifts, wearing new clothes, and music performances are also a big part of the day. 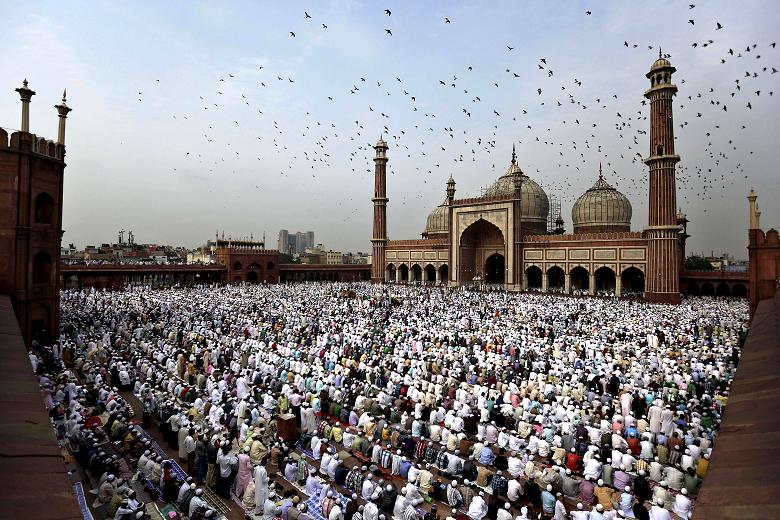 Celebrated in the United States and Mexico, primarily in the state of Puebla, Cinco de Mayo is an annual holiday with parties, parades, and dancing taking place on May 5 each year. The date is observed to commemorate the Mexican army’s victory over French forces at the Battle of Puebla, on May 5, 1862. Mexican Americans also use the day as a way to honor their heritage, celebrating with Mexican cuisine, culture, and music. 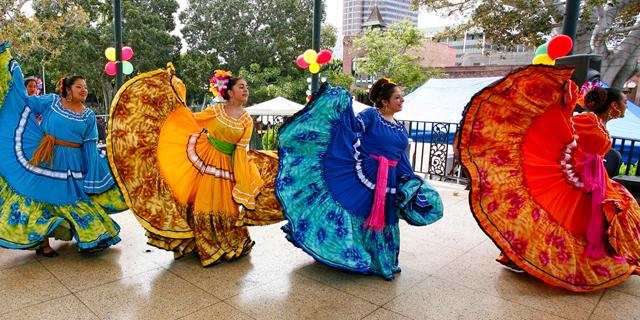 An annual celebration on November 5 in Great Britain, Guy Fawkes Night (also known as Guy Fawkes Day, Bonfire Night, and Firework Night) traditions center around a large bonfire and extravagant firework displays. That’s because the holiday began on November 5 1605, when Guy Fawkes, a member of the Gunpowder Plot, was arrested while guarding explosives that had been placed beneath the House of Lords in an attempt to assassinate King James I. To celebrate the fact that the monarch survived. people lit bonfires around the city, with the day becoming an annual public day of thanks for the plot’s failure. 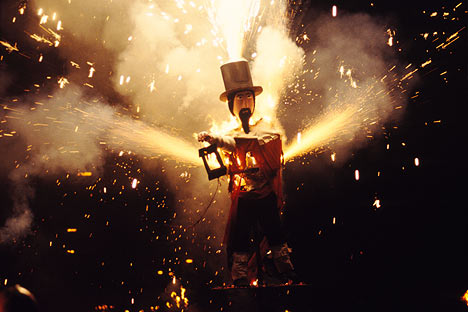 Mardi Gras, or ‘Fat Tuesday,’ in English, is a carnival celebration that begins on or after the Epiphany, and lasts until the day before Ash Wednesday. It’s name reflects the practice of the last night of eating rich, fatty foods before the fasting ritual of Lent begins. While Mardi Gras used to just refer to that final night before Lent, it’s come to mean the whole period of celebration. Popular practices include wearing masks and costumes, dancing, parades, reversing social norms, and debauchery. While New Orleans has the most famous Mardi Gras celebrations in North America, similar festivities also take place in Brazil, Belgium, Germany, Italy, Sweden, and the Netherlands. 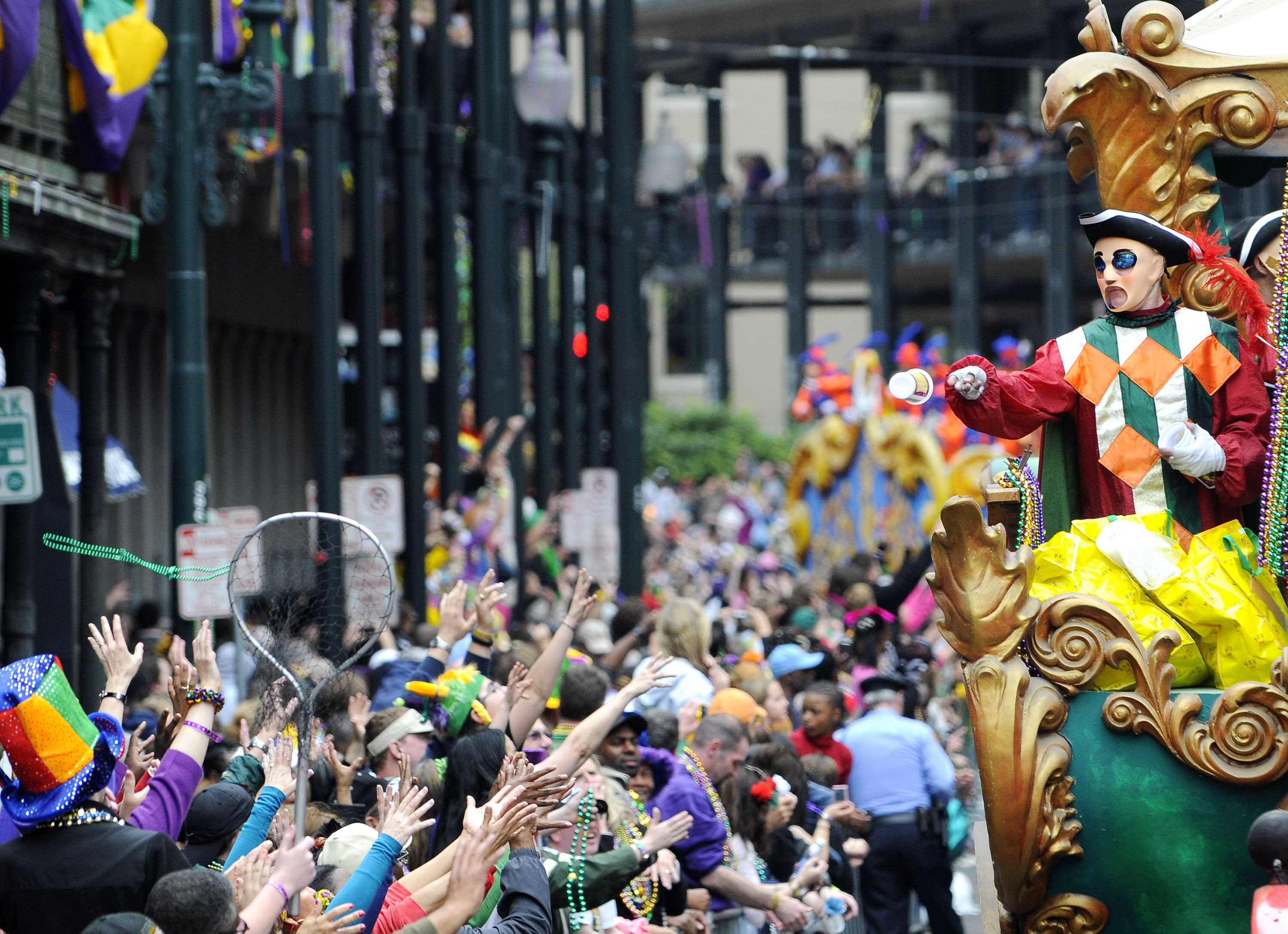 Diwali is an ancient Hindu festival of lights that’s celebrated in autumn every year. The holiday spiritually signifies the victory of light over darkness, knowledge over ignorance, good over evil, and hope over despair. While the main night of Diwali typically coincides with the darkest new moon night between mid-October and mid-November, preparations and celebrations for the holiday generally last for about five days. Diwali is celebrated with lights, fireworks, shopping, prayers, decorating your home, and plenty of food, though the specific rituals vary significantly depending on region. 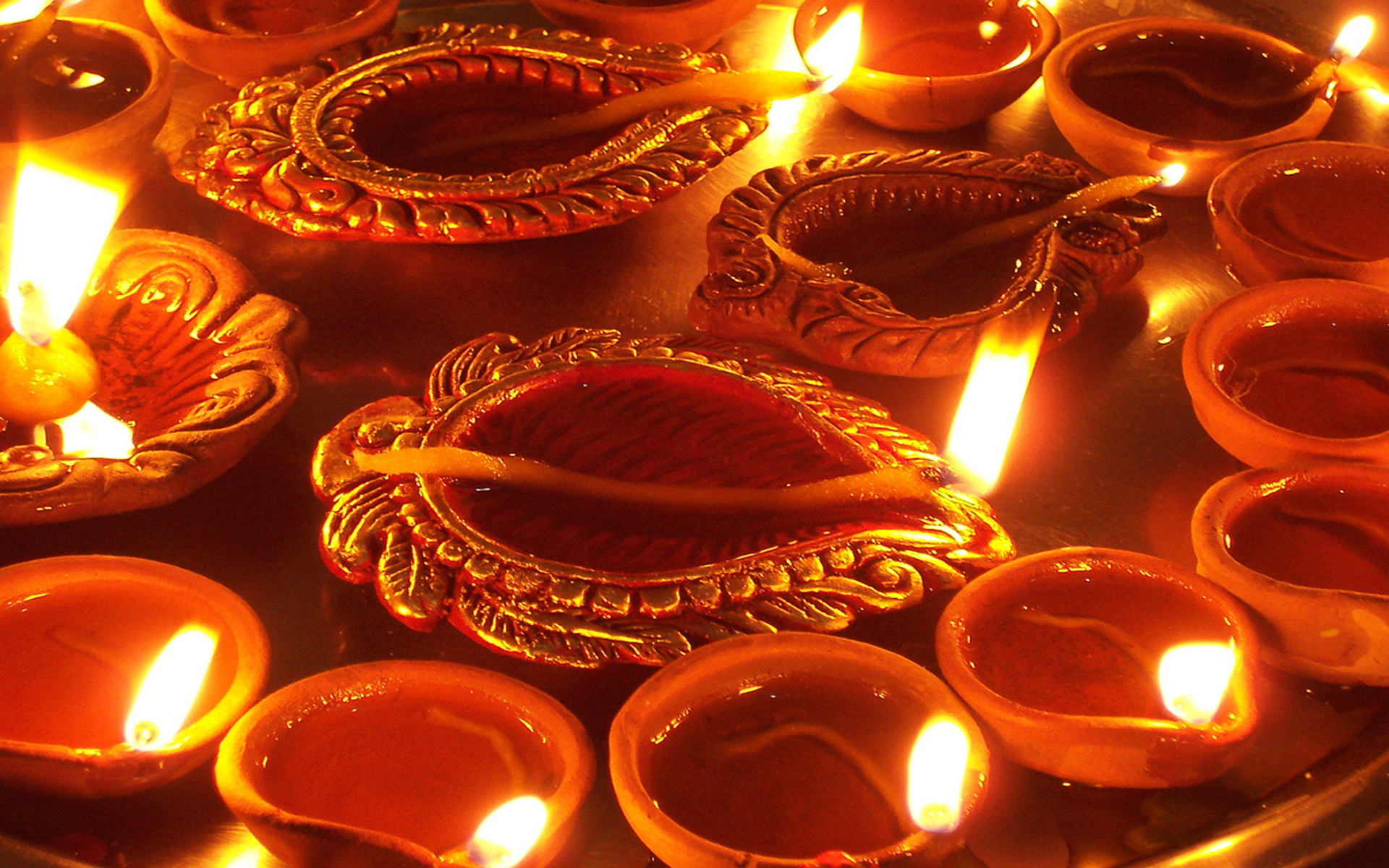