Alaska is among the world’s most alluring bucket list destinations - vast and remote, it’s one of the last explorable wildernesses.  When planning a trip this year, why not check out an Alaska cruise.

A Guide to Cruising Alaska

The Alaskan cruise season is relatively short; it lasts for just five months (from early May to mid-September) of each year. Peak season, with average daily temperatures of around 75F, tends to be June, July and August, while cheaper deals can be found in May and September, when lower temperatures (around 50F) mean lower prices; these months also offer the best chances to spot the Northern Lights.

Around one million passengers take advantage of this brief Spring/ Summer window to visit, choosing from a range of about 15 different cruise lines, with ships varying greatly in size. Despite this, there are still basically just two itineraries from which to choose from - either a Gulf Of Alaska Cruise or an Inner Passage Cruise.

This is absolutely ‘trip of a lifetime’ stuff, which showcases some of Alaska’s most breathtaking scenery - that said, the waters voyaged in order to access these spectacular scenes can be rocky, so if it’s a small, intimate cruise you have your heart set on, then it’s unlikely you’ll find one on this route, because bigger vessels are more capable of navigating such conditions.

Traveling either south from Anchorage, Whittier or Seward, or north from Seattle or Vancouver, these cruises cover more territory than other options and, as such, leave plenty of scope for off-board excursions. The fact that they start or finish near Anchorage, from which most places in Alaska can be accessed, offers lots of opportunity for pre- or post-cruise exploration - but even if you’re limited to what the cruise itself has to offer, that’s no hardship: your holiday snaps will be the envy of absolutely everyone, gleaming with the ice formations of the Gulf of Alaska and the Hubbard Glacier.

Since many of these cruises are one-way only, you need to consider the cost of two separate one-way airfares, which may prove to be more expensive than a return - but then weigh that up against how much more you’ll have the chance to see, including destinations such as Denali National Park, Fairbanks, Homer and Seward. 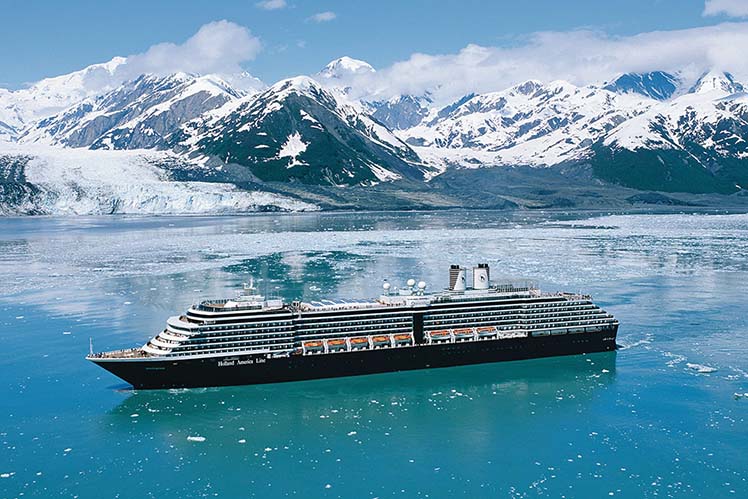 Princess Cruises offer an eight-day, seven-night cruise on the ruby Princess, sailing from Vancouver to Whittier, taking in Ketchikan, the ancestral home of a number of Indian tribes. Here you’ll find the Saxman Native Village, which features the largest collection of totem poles in the world. Along the way, passengers can look out for whales, seals, porpoises and sea otters, with the expert guidance of an on-board naturalist to provide insights and information, enriching your experience. Midway through the cruise, discover the cosmopolitan capital of Alaska, Juneau, with its vibrant shopping district.

Sailing on from Juneau, the 1970-passenger capacity vessel calls in at Skagway, gateway to the Klondike Gold Rush, where there’s an opportunity to ride the historically significant White Pass and Yukon Railroad. Natural splendour follows, as the cruise ship glides through the 3.2 million acre Glacier Bay National Park, with passengers having the benefit of the narration of a Glacier Bay Ranger and access to 11 tidewater glaciers. Another 16 glaciers await at College Fjord, deep within the breathtaking Prince William Sound, situated at the top of the Gulf of Alaska.

On board attractions include

Shaped by glacier action millions of years ago, Alaska’s Inside Passage boasts extraordinary scenery, ranging from thickly forested mountains and islands to gleaming fjords, with a spectacular array of wildlife to be witnessed, including whales, orcas, bald eagles, porpoises and sea lions.

As the longest sheltered inland waterway in the world, the Inside Passage stretches for more than 1000 miles from Seattle (Washington, US) to Skagway in Alaska. Because some of the coves and bays in Southeast Alaska are so small, this route is popularly taken on smaller cruise ships, which can access places that larger vessels can’t. 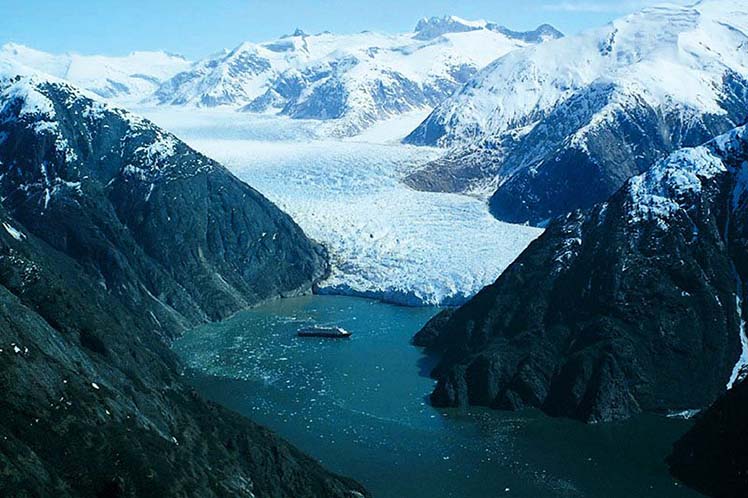 Stops on an Inside Passage cruise typically include Gold Rush towns such as Skagway or Ketchikan, as well, of course, as Juneau. The influences of early Russian pioneers are seen along this route, with churches topped with distinctive onion-bulb domes, such as in Sitka, which was the seat of Alaskan government before it relocated to Juneau and is a regular stop on this route. Haines, located along the edge of North America’s longest and deepest fjord, is another popular attraction: billed as the adventure capital of Alaska, it features majestic mountain peaks soaring above dense coastal rainforest and a slew of opportunities for authentic adventure. Glacier Bay often also forms a part of this itinerary.

The smaller ships used on this route generally mean a more luxury experience - as well as a more up close and personal encounter with the glaciers. You’re also likely to have a more all-inclusive fare, which will reduce the worry of extra costs - and, because there’s a high crew to passenger ratio, the level of service you can expect is bound to be exceptional, with on board concierges making extra requests completely feasible. Fancy chartering a private helicopter to land you on a glacier? Consider it done.

Crystal Cruises’ Crystal Symphony is an 848-passenger capacity vessel which, despite its small size, boasts plenty of amenities more frequently seen on a larger ship, including a selection of restaurants and entertainment. There’s an optional voluntourism opportunity built in to every itinerary, and the onboard expedition team includes a National Geographic expert.

A 10 night itinerary sets out from Anchorage, ending in Vancouver and along the way takes in Sitka, Skagway, Juneau, Ketchikan, and Prince Rupert, as well as cruising the narrow Tracy Arm Fjord, which extends along the wild landscape of the Tongass National Forest. Here, you’ll see some of Alaska’s most staggering scenery, with towering mountain peaks and crashing waterfalls, as well as enormous ice floes gliding lazily past the ship. The Hubbard Glacier is another highlight; a dazzling blue formation, this glacier is known for its rapid advancement, which frequently results in ‘calving,’ - so if you’re lucky, you may witness the spectacle of a huge chunk of ice breaking off at the edge.

On board attractions include:

Many cruise lines offer additional packages to enhance your Alaska cruise experience, with opportunities to visit inland sites such as Denali National Park, where Mt McKinley is located. You might also wish to extend your trip with a stay in Fairbanks, or by exploring the Yukon territory of Canada. 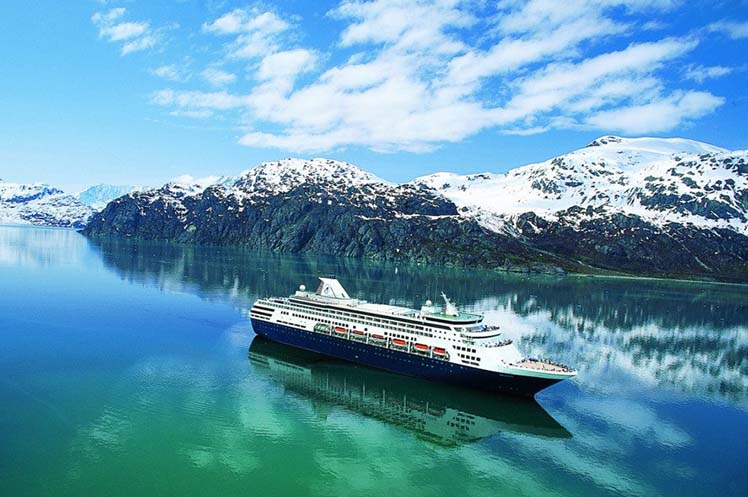 Although Princess and Crystal have been mentioned above, there are several other cruise ships that explore Alaska’s wild and untamed landscape from the water. Be sure to also check out: