Experience the magic of the season at these perfectly charming venues

If you love the feasts and festivities of the holiday season, you’ll be right at home in Europe’s Christmas markets, where all the best parts of the holiday are celebrated and shared in picturesque surroundings. From old cobbled squares to the steps of soaring cathedrals, the best Christmas markets are about the city surroundings as much as the wares in the wooden stalls. If you’re celebrating the season in Europe, be sure to drop by one of these remarkable Christmas events.

The largest Christmas market in Switzerland is also one of the most memorable: dozens of timbered stalls serve up hot mulled wine, a selection of traditional cheese and chocolate, and lots of artisanal crafts to peruse. Everything is snuggled in Basel’s charming old town, lined with pine trees and twinkling lights, but if you get tired of the holiday cheer, there are plenty other sights to see in this cultural capital. 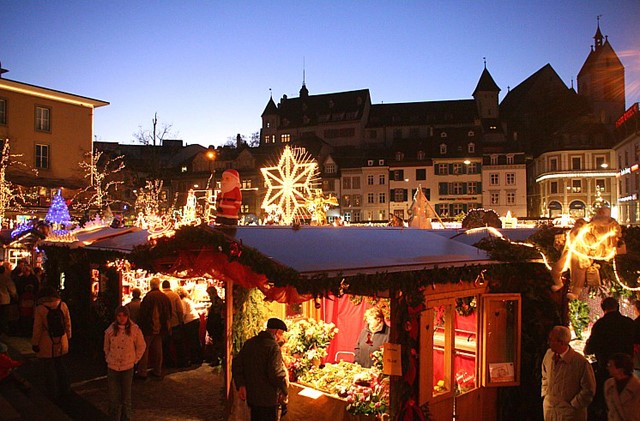 A great base for a winter excursion in Switzerland, Zurich is an accessible hub with a lot of class. The whole city gets in on the Christmas action, with lights, smaller clusters of stalls, Advent concerts and delightful shows strewn around the streets. You’ll also find Europe’s biggest indoor Christmas market in Zurich, where a huge crystal tree tops off the enchanting atmosphere. 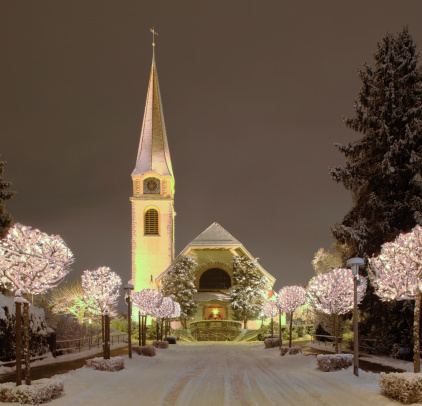 Belgium’s storybook medieval town is a natural host for Christmas nostalgia, and its market does not disappoint. The Flemish facades that line the Grote Markt are all lit up, and you’ll find a skating rink in the middle of the square. It may not be as big as Brussels or Basel, but the winding canals and perfectly preserved houses in Bruges complement the Christmas celebrations so well. 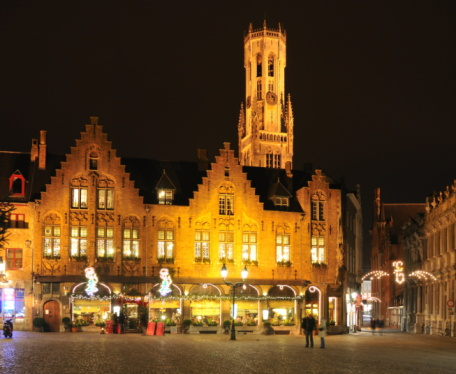 This is a market steeped in tradition, given that it’s been held in front of the Strasbourg Cathedral since 1570. The Strasbourg Christmas market is also one of France’s largest, with 300 stalls, an ice rink, a huge tree – and over 2 million visitors over the holiday season. The city itself exudes winter nostalgia, with a number of Christmas shops among the timbered facades of the village, and a gingerbread bakery in the little district known as “La Petite France”. 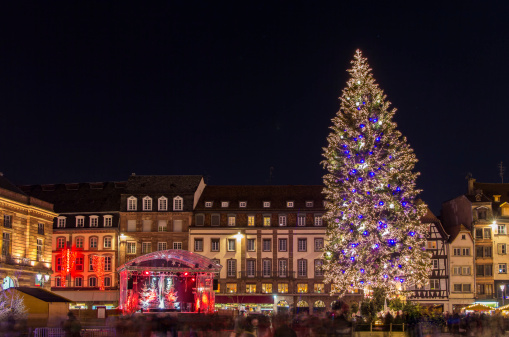 It’s only on from late November to mid-December, but the Christmas market in Bath is one of the nation’s largest and most charming. Festive food, artisanal toys and crafts, an ice rink and a warming chalet to stop at once you’ve browsed through the 150 stalls. Travelers agree that Bath offers one of the most consistently impressive Christmas markets in the UK. 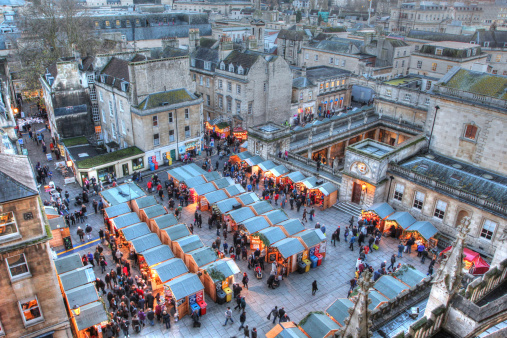 The Austrian capital boasts several fantastic Christmas markets, from the huge Magic of Advent installation in front of City Hall to the smaller, traditional markets around the city’s squares. Vienna’s atmosphere is nostalgic and romantic; the sounds of choirs and concerts throughout the city celebrate a deep musical tradition. There’s even a zoo and ferris wheel set up at the Schönbrunn palace!

The Manchester Christmas market has certainly earned a lot of attention, international applause and accolades with the sheer variety of festivities on offer: 7 distinct market spaces and over 300 stalls (many with an international flavor) bring a huge variety of shopping and tasting opportunities. It gets bigger and brighter every year, so it promises lots of fun for every sort of visitor. 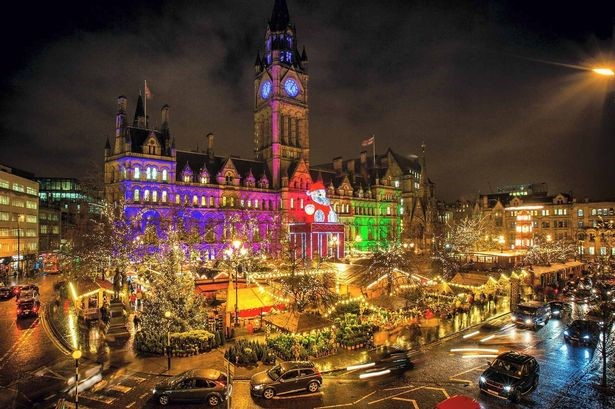 Get there for Advent (December 1st), and you’ll see the ceremonial lighting of the city Christmas tree, but even if you miss the kick-off, Prague is always worth a visit during the Christmas season. Locals and visitors alike dig into the hearty Czech fare and delicate artisanal glasswork, and when the snow falls, Wenceslas Square turns into a scene from a snow globe. 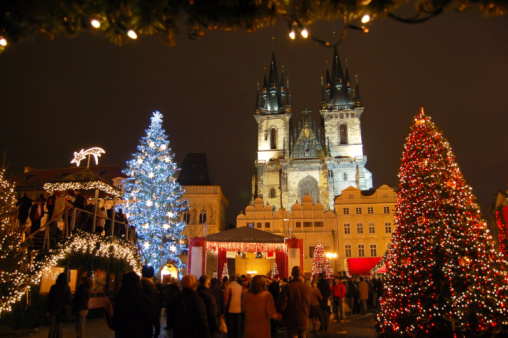 Fortunately, most Christmas markets in Europe begin early (sometimes as soon as November), and stretch into the New Year, so even if you’re all tied up around Christmas itself, you still have a good chance to experience the festive city atmosphere that comes but once a year.

Comment on Best Christmas Markets to Visit in Europe