7 Sea Excursions that will Change Your Life

If sitting on a beach isn’t your idea of an ocean getaway, you’re not alone: each year, thousands of people hop on a boat, pull on their scuba gear, cast out their fishing lines, or grab their binoculars and light out into the big blue ocean. They are the natural explorers, and if you count yourself among these inquisitive travelers, it’s time to visit some little known gems that offer a lot of underwater treasures.  Get off the coast and into these seven seascapes, where you can come face-to-face with some of the most mysterious and awe-inspiring creatures on the planet. 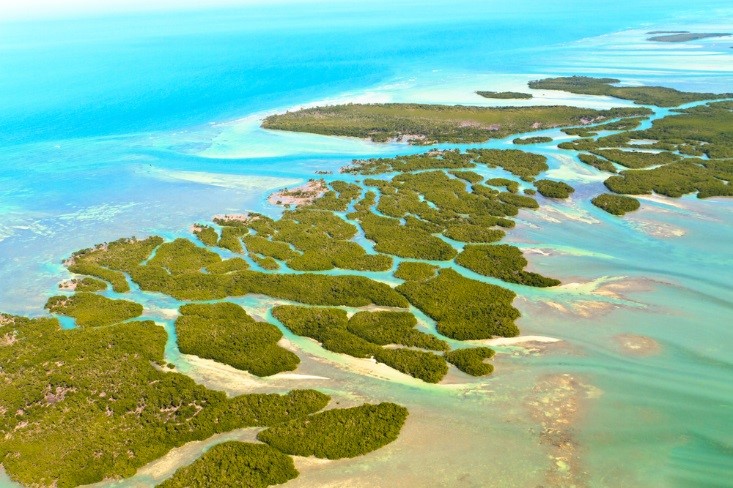 Sport fishing enthusiasts will have their pick of fishing boat in the Florida Keys, where you’re more likely to cross paths with big game fish than anywhere else in the region. The mellow tropical weather makes for pleasant excursions out into the open sea, and you’ll be delighted at the amount of swordfish, marlin, tuna, and wahoo swimming around. If you’re not into fishing, enjoy a boat tour that will sail, paddle, or motor you around the calm, clear waters of the keys. 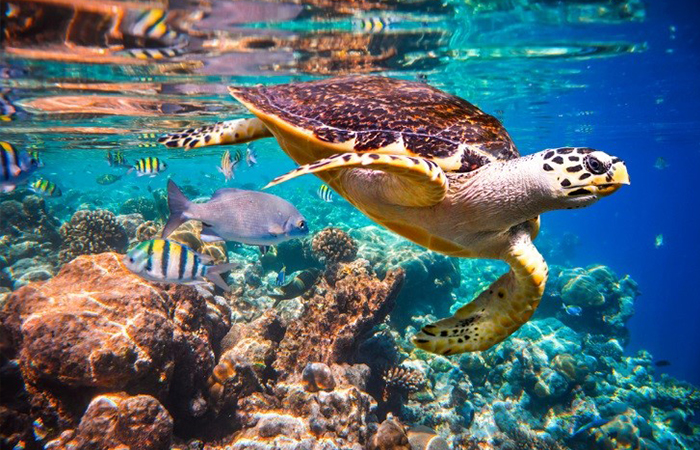 Although the idyllic group of islands boast gently sloped beaches and plenty of shallows to splash around, a short jaunt into the open ocean will bring you to some of the best diving in the Indian Ocean – perhaps even on the planet. The region is known for manta rays, but excellent sea life abounds around the atoll walls, where vibrant coral reefs welcome sharks, turtles, and plenty of game fish. There are even special expeditions where divers can help with manta ray research, which is a rare opportunity. The other aspect that makes the Maldives such a great ocean getaway is the exceptional scenery luxurious living that’s bound to attract divers and non-divers alike. 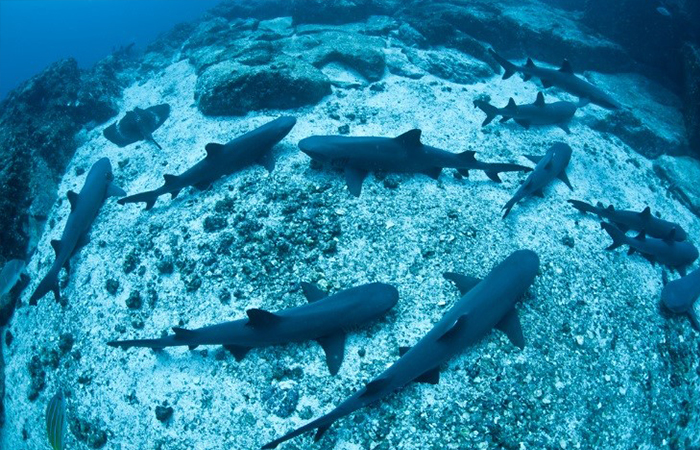 Another perfect place for a memorable diving experience, the isolated islands of Cocos and Malpelo are marine reserves that attract huge schools of sharks. Hammerheads, white tip reef sharks, and silky shark swarm the reefs, plus you’ll see a host of land and water life unique to the region. Most divers would describe the site as stunningly beautiful, and since they’re uninhabited and only accessed with a dedicated safari boat, it’s a pleasantly solitary experience that focuses solely on the sea life this slice of the Eastern Pacific has to offer. 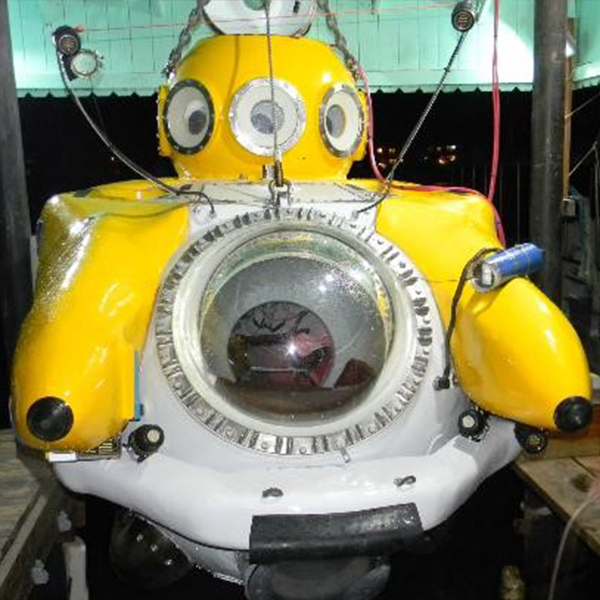 Submarines are traditionally reserved for military and scientific purposes, but some vessels are open to tourists who want to catch a glimpse of deep sea life – in a safe and comfortable container. A diving license limits the distance you can descend (so do water pressure and oxygen levels), but a three-person submarine can bring you down to depths you wouldn’t be able to go on your own. One such company operates off the western coast of Honduras, where you’ll descend to the staggering depth of 2000 feet to see schools of incredible fish, crustaceans that have never seen sunlight, and other strange and wonderful species that need to be seen to be believed. It’s an education in marine life and a once-in-a-lifetime experience. 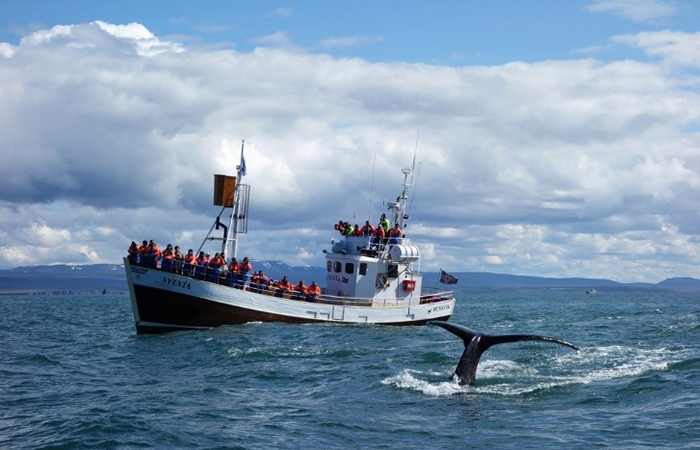 The sub-arctic waters off Iceland are some of the best places in the world to spot a number of whale species, from humpbacks to orcas, fins to sperm whales, and even massive blue whales. Take a whale watching trip that departs from Húsavík on the north coast and carve your way northward into icy waters and breathtaking landscape; if you go in the summer months, you can cruise by the light of the midnight sun. June and July also happen to be the best time to see blue whales. While you’re on the island, take advantage of Iceland’s other natural offerings with a hike around a volcanic crater, a tour of a puffin colony, and a cultural excursion in the capital city of Reykjavik. 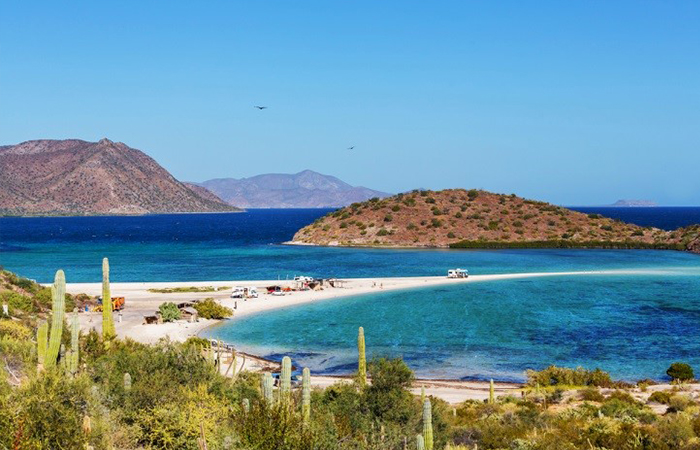 The diving and snorkeling may not be the best in the world, but there’s plenty to do on the surface of the big blue Pacific in Baja California. Known as a spectacular site for deep sea fishing, but also for whale watching, this tip of the Peninsula wins the award for sheer variety of underwater creatures. Snapper, sailfish, yellowfin tuna, and cabrilla abound for the sport fishing crowd; if you’re after a gentler interaction, sail out to meet the friendly grey whales, pods of humpback whales, and blue whales in the Sea of Cortez. 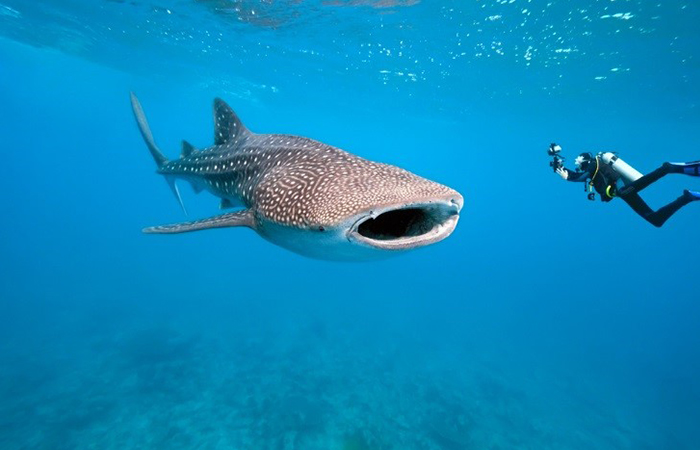 Getting up close and personal with a whale shark is an experience like no other, and the waters off Exmouth in Western Australia are your best bet for an encounter. The massive sharks congregate here on the Ningaloo Reef from March through July, and they come close enough to the coast that you’ll only need to take a short boat ride out to see them. These are the biggest fish in the world, and many tours will bring you out to swim alongside the 40 foot long creatures. If you’re not up to snorkeling with them, you can enjoy the spectacle from the boat.

The vast majority of earth’s oceans are still unexplored (and unexplained), so it’s always worth trying new sites when you can. Consider traveling in the shoulder season, when there are fewer beach bums and party animals splashing around, and you could save some money while you enjoy calmer waters. After all, the oceans are changeable and unpredictable, and you never know when and where the experience of your lifetime will be.