There’s something magical in the way delicate sunlight streams through heavy rock, and if you’re lucky enough to walk or swim through the effect, it’s even more memorable. It typically takes thousands of years for the elements to carve out these natural sun roofs, which explains why they’re so rare, and often inaccessible. However, these amazing sunlit destinations around the world are there to explore, and promise an amazing, one-of-a-kind natural experience.

This monumental cave is more than meets the eye. Both sheltering and ventilated, with light-filled hallways and dark hidden corners, the Devetashka cave is one of the most interesting prehistoric sites you will ever meet. Since the late Paleolithic era, it has provided shelter for humans and animals, and today the nook and crannies are home to thousands of bats. The soaring ceiling – over 100 meters in some places – is punctured in seven places, lighting up your path as you walk through the prehistoric stone “house”. 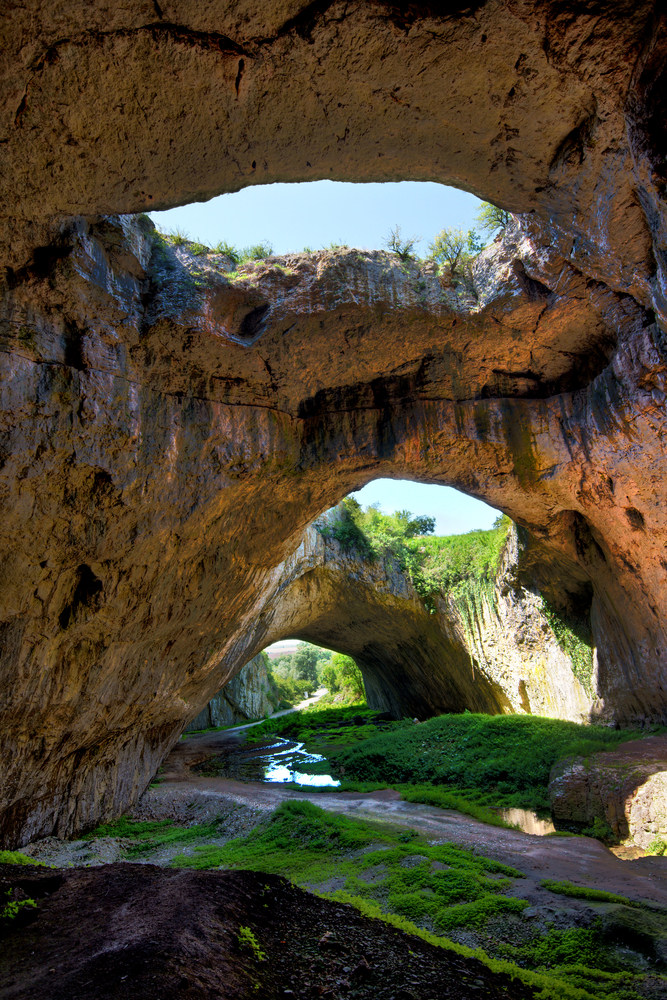 In Utah’s Neon Canyon, not far from the Grand Staircase-Escalante National Monument, the peculiar formation known as the Golden Cathedral awaits tenacious hikers. It’s a pretty strenuous 9 mile round trip, but the reward is a cool, tranquil alcove with three pot holes in the red stone roof above. The holes were formed over thousands of years by floodwaters, and now are large enough to cast lots of light into the blue water and onto the streaky rock that surrounds it. 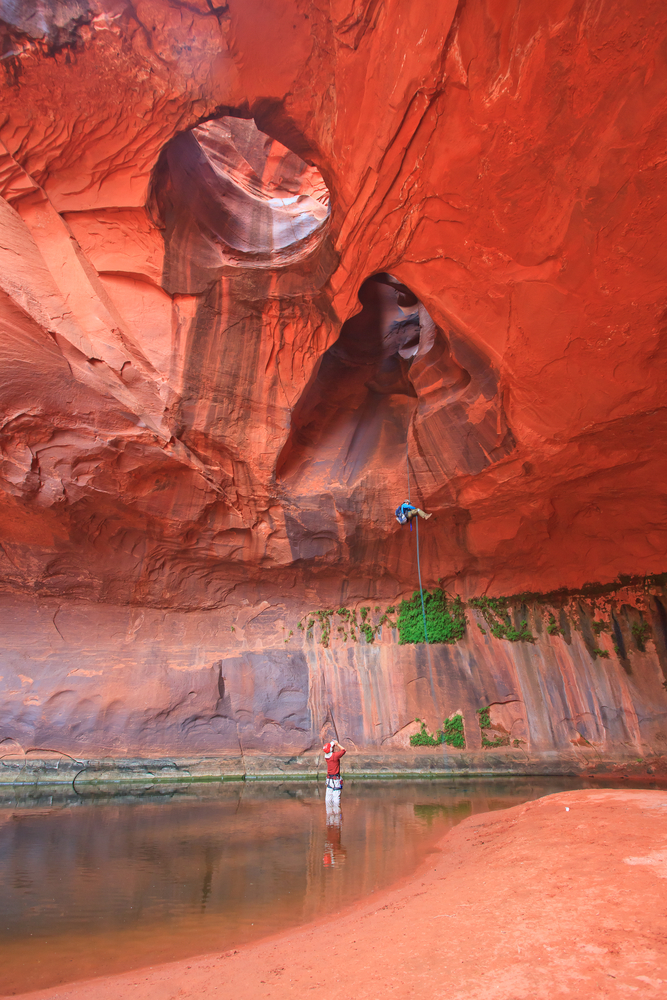 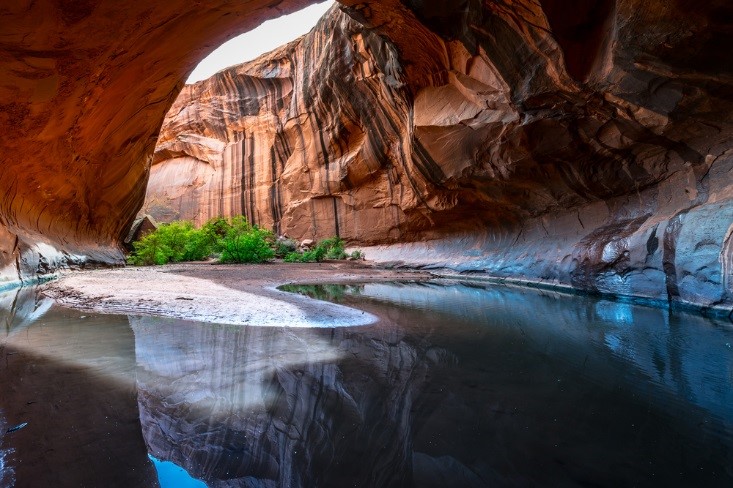 Utah loves swimming as much as the next state, but this isn’t your typical local swimming hole. Homestead Crater Pool is a cool, clear blue circle of water in a dark cave – or at least it would be dark if it weren’t for the brilliant sunshine that pours through the opening above. It’s a natural hot spring, and a favorite for local divers, who like to explore the strange sensation of the water warming as they dive deeper and deeper. Of course, it’s just as nice for a quick dip on a summer day.

Once a fishing town, Benagil is now a tourist site, largely due to the unique rock formations on its beautiful coastline. The Benagil Beach sea caves are not far from the little village on Portugal’s Atlantic coast, but you will need to take a boat to get there. However, the journey is worth your time: once you step foot into the natural stone cathedral, you’ll enjoy the enchanting effect of echoing waves and warm windows of sunlight, an experience unlike any other in the region. 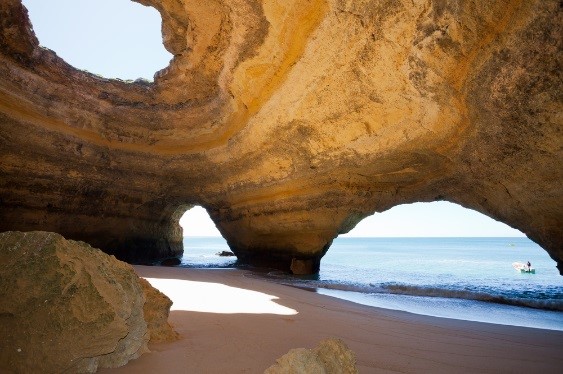 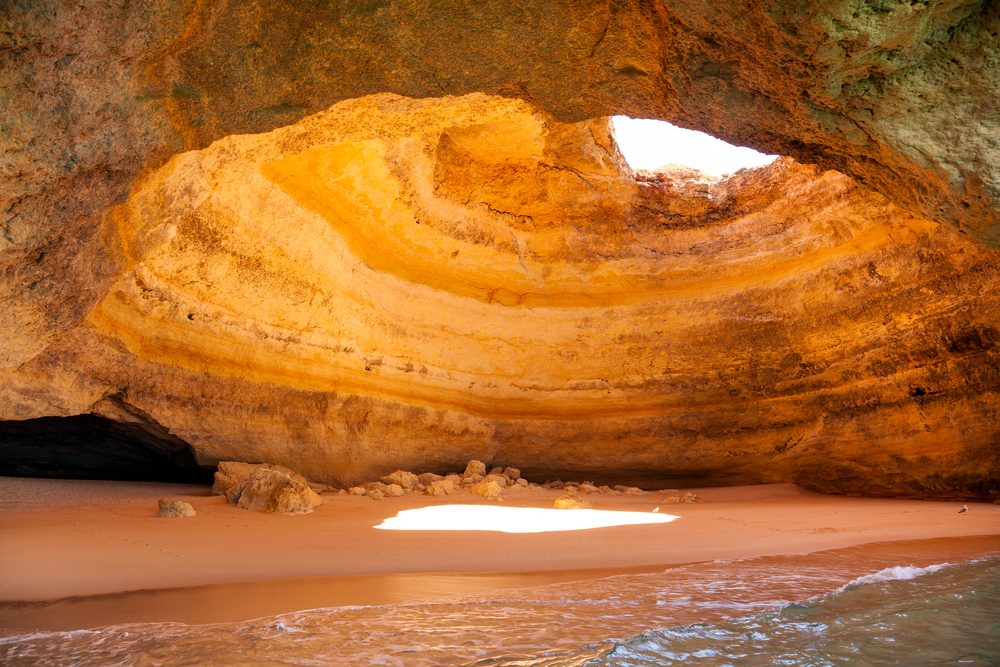 Mexico’s lush Yucatán peninsula has quite a few hidden gems, and the Ik Kil cenote is certainly one of them. The place may be cavernous, but the effect is warm and welcoming: turquoise water is fed by small sparkling waterfalls, and long wines hang down into the pool through a wide opening, trailing sunlight along. As you follow the light down the carved stairway to the bottom of the cenote, it’s easy to understand why the Mayans revered this place. 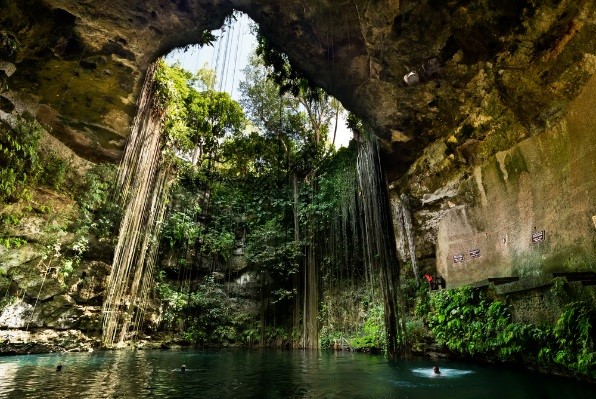 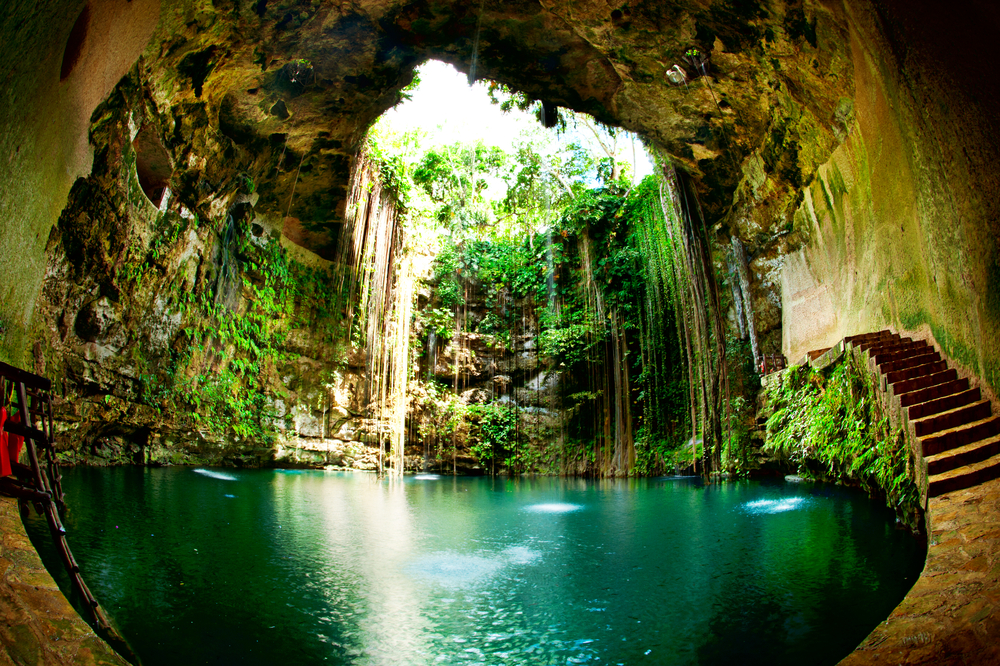 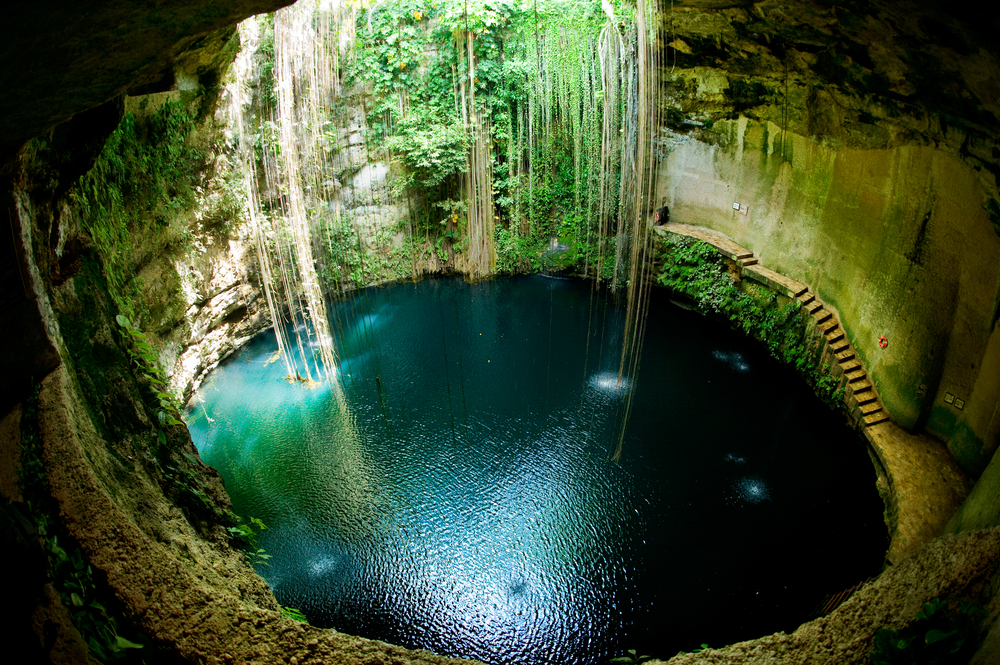 Make your way through the pineapple farms, fishing villages, and stunning beaches of Khao Sam Roi Yot Park to this extraordinary house at the base of a sunlit cave. It’s a daunting 430 meters up a hill to the cave dome, but once you reach the second of the two caverns, you’ll be treated to a storybook sight of the pavilion built by King Rama V. The large overhead opening (originally created by a sinkhole) often bathes the royal residence in sunlight, creating an ethereal scene. 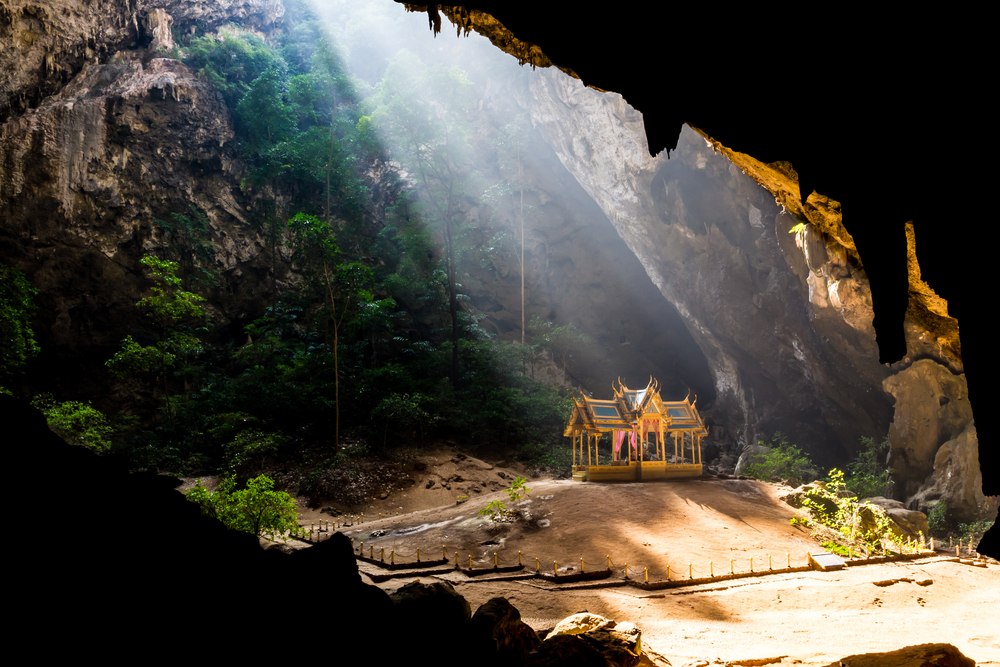 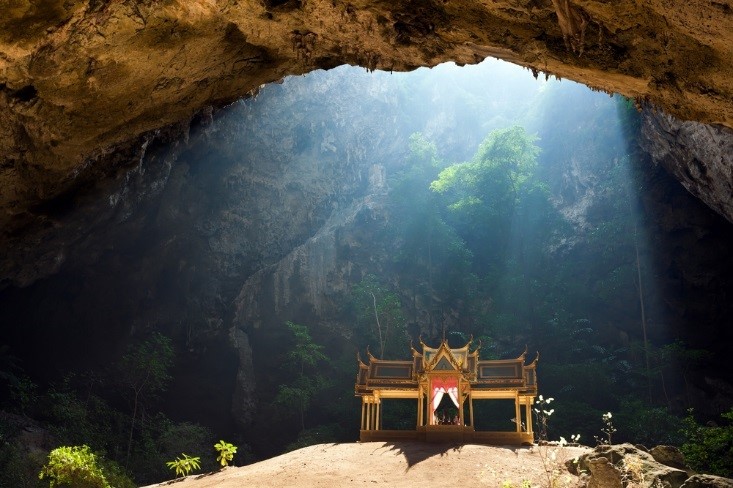 Finding sunlit caves, caverns and alcoves can be tough, especially if you’re searching in the wrong season. Remember floods are common come rainy season in desert and tropical rocky landscapes, so plan your trip accordingly!