The magic of the medieval city is undeniable: from crumbling walls that tell of ancient battles to cobbled streets that lead through a mysterious era, the castles and stone villages of Europe entice travelers of all sorts. If you’re in the mood to immerse yourself in medieval life, step back in time with a visit to one of these pristinely preserved cities that are a bit off the beaten track.

A site of great strategic importance to the Romans and then the Visigoths, Carcassonne has been an important trading post for many centuries, and saw its massive fortifications built up more and more by successive rulers. The imposing castle and long solid walls have graced many postcards, and while it’s a fairly prominent tourist attraction in Southern France, this medieval city is still majestic and humbling. 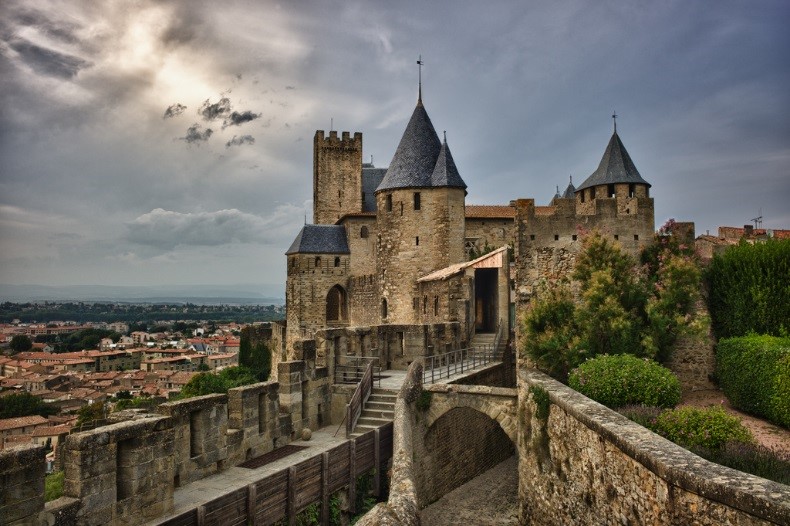 If Carcassonne is the model of a medieval fortress, Pérouges is the perfect representation of a medieval village. Sitting on a small hilltop just off the highway to Lyon, this small village stands today as it has since the 12th century, when it was an important craft and textile center: enclosed by stone walls, the commune consists of a small network of narrow streets and ancient buildings adorned with filigreed signs and gargoyles. If you visit outside of tourist season, the silence and stillness will convince you that you’ve stepped back into a forgotten corner of medieval France. 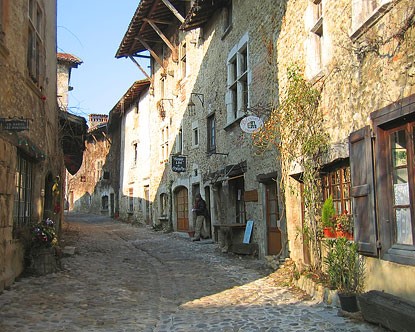 A towering grey castle punctuates this Welsh coastal village, and the city walls enclose a network of corridors, stone pathways and turrets to explore on foot. But Conwy has a good dose of the modern along with the medieval, boasting a lovely town center, a bustling stretch of beach and some great Victorian history, as well. It’s a wonderful choice for travelers that want a bit more than a stone edifice. 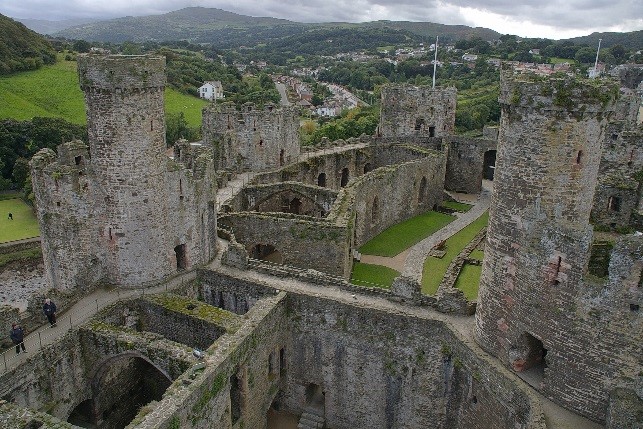 Once a prosperous port town, Bruges is a now a tranquil and astounding example of Belgian medieval history. In the 16th century, the channel connecting Bruges to the sea began to silt, marooning the town and ending its economic empire. However, that has left Bruges virtually unchanged since the 1500s, and visitors today can walk along its numerous channels, and admire its charming and ornate stone architecture. Certainly one of the most picturesque ventures into Europe’s medieval infrastructure. 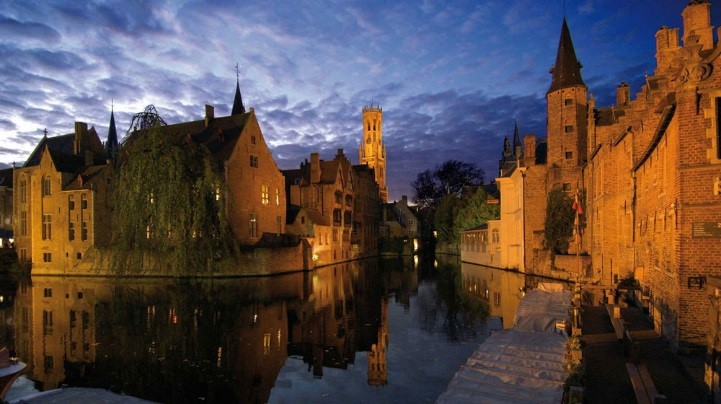 The capital of the Czech Republic is a big urban center, and while it has everything you would expect from a modern world-class city, it also has a clear and prominent tie to its medieval roots. From Prague Castle and the Golden Lane to Charles Bridge and the facades of the gothic Old Town, the spires and cobbled alleyways will satisfy any traveler with a penchant for both the regal and the common parts of medieval European life. 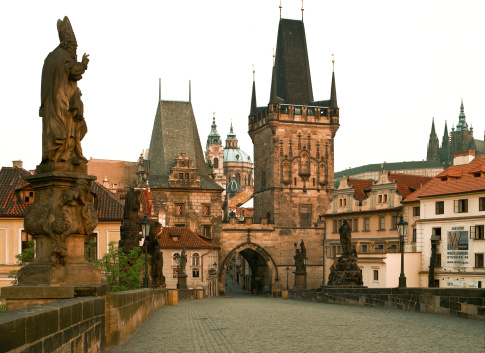 A sprawling urban landscape and storied past as a crossroads for Christian, Muslim and Jewish culture, Toledo is a time capsule of social history and fantastic architecture dating back to pre-Roman times. It gained considerable strength as a cultural center and Spanish capital, but much like Bruges, the later economic decline actually helped to preserve the majestic city as it stood in its golden era. Toledo’s Alcázar (palace) is an impressive vestige of the reign of Charles I, who ruled the city in the 16th century. 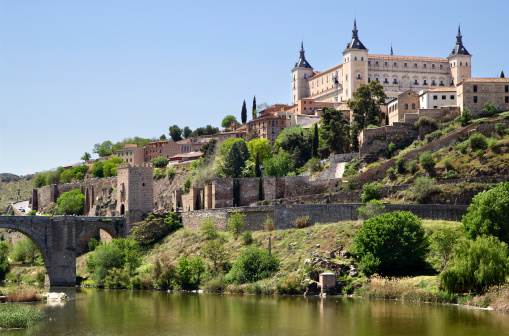 The city’s gothic appearance has been fiercely preserved since the 15th century: the artistic influence of revered Italian designers like Duccio, the Lorenzettis and Simone Martini can still be seen everywhere within the bastions and towers that link the city walls. Massive doubled gates will lead you into the semicircular center, with its imposing gothic fountains and the spectacular façade of the Palazzo Pubblico, and the ancient stone and tile work will top off your formidable first impression. 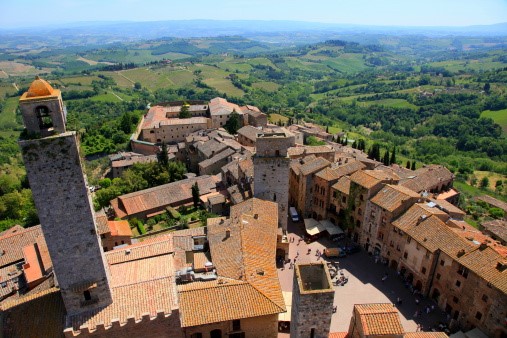 Croatia is quickly becoming the new hot spot for sun-seeking travelers, but its stone walls and lofty towers that hug the shore haven’t lost any of their medieval splendour. The earthquake of 1667 didn’t managed to fell its beautiful gothic and Baroque monasteries and palaces, and you’ll be particularly impressed by the Town Hall and the 14th century Franciscan Monastery, not to mention the web of stone staircases and narrow streets. For Game of Thrones fans, you can’t do much better than Dubrovnik – scenes from several episodes were filmed within these city walls. 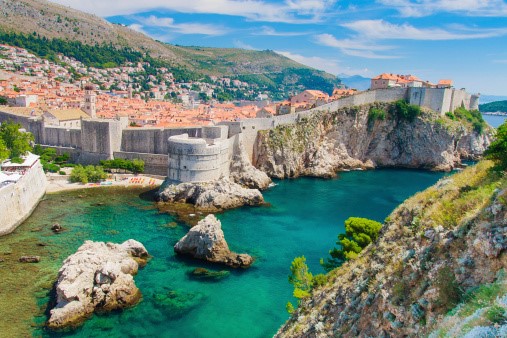 It began as a heavily fortified city in Roman times, and Óbidos still sits on its hilltop, encircled by its stone walls. The village within the city walls is amazingly preserved, its white houses and tiled rooftops clinging together between imposing churches and communal squares. It has a big tourist appeal, especially in July, when Óbidos castle hosts a traditional “Medieval Market”, a recreation of daily life here in the middle ages. 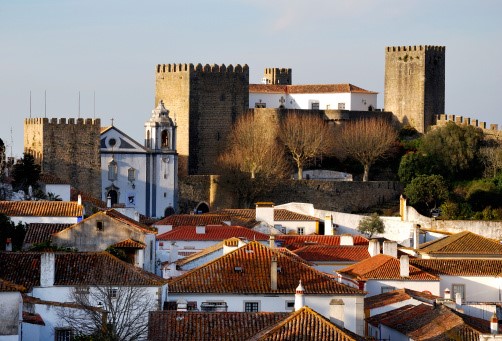 Travel into the sleepy Sussex interior and you’ll find Rye, a small English town with ties to medieval English Royalty, famous smugglers and accomplished names in literature. Henry the VIII had Camber Castle built by the harbour, and you can still visit the Mermaid Inn, a small pub that features the original 15th century wallpaper and a massive fireplace with a secret tunnel often used by the notorious Hawkhurst Gang. If that isn’t enough, duck into the narrow passageways that cross the city and explore the crumbling fort that once defended the (now distant) shoreline. 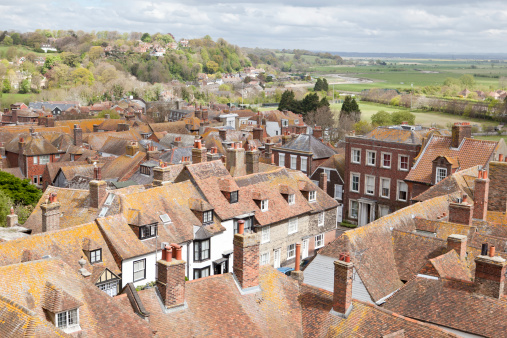 You’ll find vestiges of medieval life everywhere in Europe, but if you want to make a tour of it, look into the pockets of prolific ruins and castles. Northern France, Wales and Scotland are great places to begin, but don’t count out the lesser known regions: smaller, out-of-the-way locales can treat visitors to an unforgettable ancient atmosphere that can’t be found anywhere else, if you put in the time and effort to find them!