Explore the Top Hotels in Vancouver

Enjoy everything that Vancouver has to offer by staying at one of its top hotels and creating memories that will last a lifetime.

Hotel Rooms in Vancouver You Need to Stay In 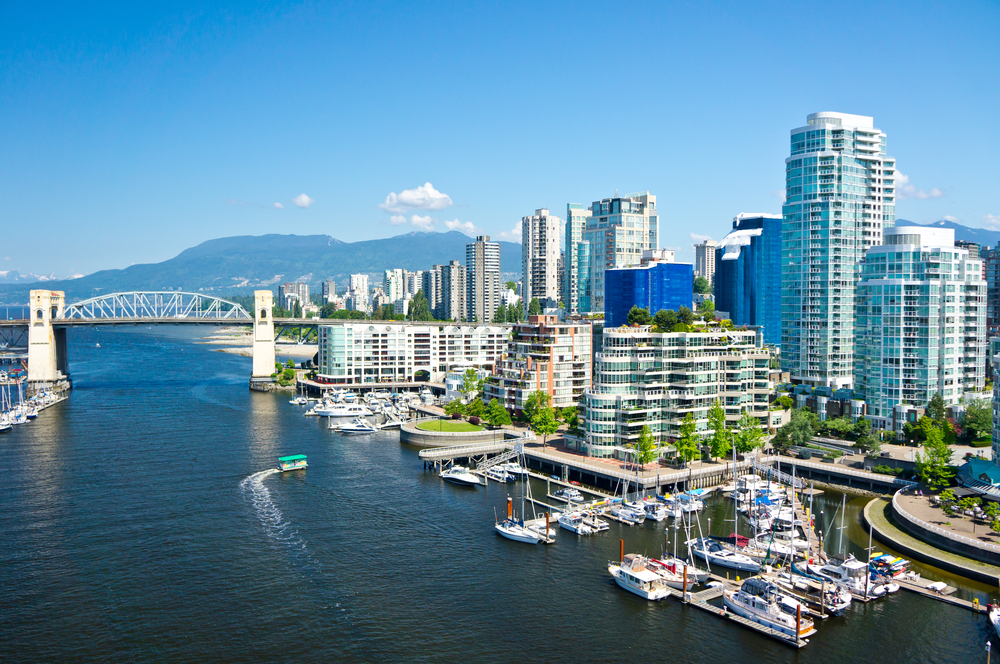 There are several hotel rooms in Vancouver of varying price and quality. If you want to have a memorable vacation, consider staying at one of the following hotels which are classed as the best in Vancouver.

Fairmont Pacific Rim is located across the Canada Place cruise ship terminal and is rated as the nicest of the Fairmont properties in Vancouver. The very modern 367 rooms of Fairmont Pacific Rim are decorated with calm beige and natural tones, and some of them have gorgeous views of the pool terrace. The more expensive rooms have their very own private patios with outdoor fireplaces so you can relax outside without leaving your room. The hotel’s Ory restaurant features a varied menu of Seared Black Cod and Braised Lamb as well as other seasonal cuisine of the Pacific Northwest. The beautiful Willow Stream Spa has three lounges and a yoga studio, along with a huge selection of treatments to help you relax, including seaweed body wraps.

Rosewood Hotel Georgia is one of the historic downtown Vancouver hotels which combines the elegance and splendour of the roaring twenties with contemporary design. This beautiful and grand hotel has 156 rooms and suites and has a prime location in Vancouver. You will find it situated across the street from the Vancouver Art Gallery, and only one block from the famous shops located on Robson Street. It was originally built in 1927 but underwent restoration eighty years later and reopened in 2011. Parts of the interior design have been designated as a protected heritage property, so you will witness a mixture of styles throughout the hotel including an extensive collection of modern and contemporary Canadian art. Some of the most famous people who have stayed at this hotel include Nat King Cole, Elvis Presley and The Beatles.

Enjoy a beautiful view of Vancouver’s vibrant waterfront by staying in one of the 77 rooms at the Loden Hotel. This impressive 15 story hotel is built from glass, stone and copper, and situated only five minutes from Robson Street. All of the rooms are beautifully decorated in caramel and coral colors with floor to ceiling windows that let in a lot of natural light. The bathrooms feature soaker tubs and rain showers, and there’s also yoga mats and sitting areas in each room. The fabulous Tableau Bar Bistro serves French-inspired cuisine such as a seafood tower with fresh Pacific oysters and rabbit terrine. If you have a dog, this is one of the Vancouverhotels that will welcome them with open arms. Dog beds and freshly baked dog biscuits are just some the amenities that are provided for your four legged friends.

The Wedgewood Hotel & Spa is in a fantastic central location, just across from the Vancouver Art Gallery. The 14 story hotel houses 83 rooms which are gorgeously decorated with paisley prints and brass accents. All of the rooms have a balcony and limestone vanities, while the penthouse suites have bathrooms with heated floors and original oil paintings hung up on the walls. A full service spa, sauna and fitness center is available for all guests to use, and a luxury lounge and restaurant called Bacchus offers amazing French cuisine. This hotel is rated as having one of the best locations in Vancouver, so that’s why it is the top choice when people book hotel Vancouver. Robston Street is literally 100 yards away, while the Vancouver Convention Center and Canada Place are only ten minutes walk away. 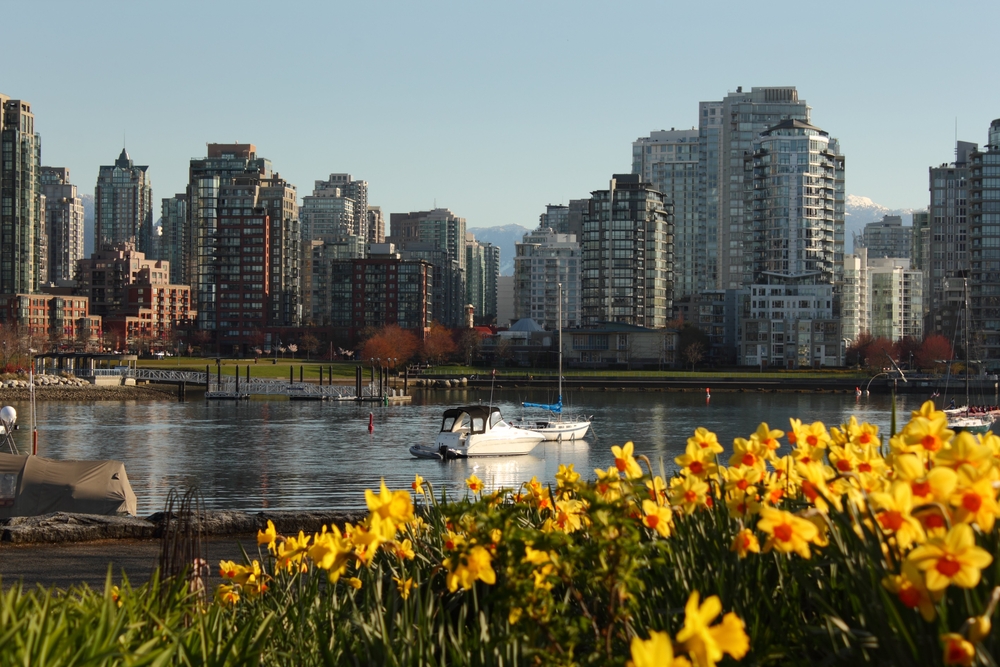 The Opus Hotel is located in the trendy Yaletown neighbourhood at the heart of Vancouver. The 97 room hotel is conveniently only a short walk from the beach, and is within walking distance of some of Vancouver’s best restaurants and bars. However the food at La Pentola restaurant which is located inside the hotel offers fine Italian cuisine throughout the day for you to enjoy. In the evening you can drink cocktails and listen to music in the Opus Bar, or work up a sweat in the fitness centre. There is also a complimentary in-room iPad for the duration of your stay, so you can easily plan each day of your vacation. Some of the rooms also offer a pretty step out terrace which gives you a breathtaking view of the city.

The St Regis Hotel is located only 12 minutes away from the beach and offers free access to gym facilities at the nearby Steve Nash Sports Club. Each of the 65 rooms is modernly decorated and features a flat screen TV and iPod docking station. The Gotham Steakhouse and Cocktail Bar in the hotel offers American cuisine, while the St Regis Bar & Grill provides seafood and vegetarian meals. The Vancouver City Centre Skytrain station is conveniently only five minutes walk away and the Vancouver Convention Center is just ten minutes walk away.

The luxurious Four Seasons Hotel Vancouver is situated in a great location, and is only 100 yards from the City Center Skytrain station. Stanley Park and BC Place are within 20 minutes walk from the hotel so they are easy to reach. All of the 372 rooms have a flat screen TV with cable and an iPod docking station and are considered some of the best hotel rooms in Vancouver. The hotel’s Yew restaurant offers Pacific seafood on the daily menu, and a large selection of wines is available in the Yew Bar. On site there is also a fitness center, swimming pool, hot tub and sauna so you can out or just sweat out the calories from your restaurant meals. 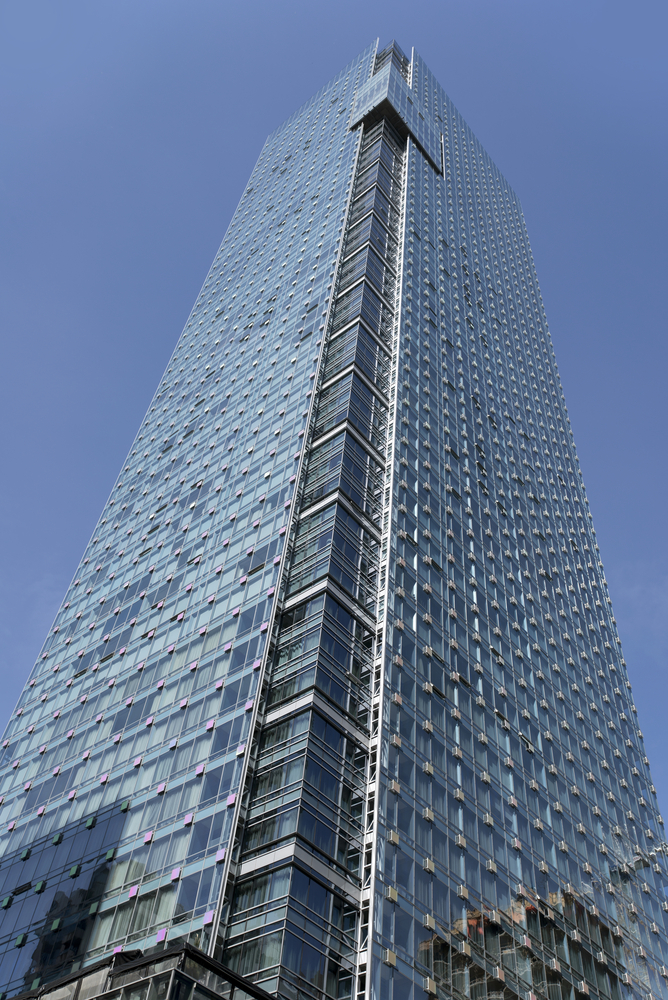 The Shangri-La Vancouver resides in 15 stories of the tallest building in British Columbia. The 119 rooms offer floor to ceiling windows which let in plenty of natural light, and they all feature a flat screen TV and iPod docking station. This hotel is only a five minute walk away from Vancouver Art Gallery and Pacific Center Mall, and a 16 minute walk from the beach. Jean-Georges Vongrichten’s Market at the hotel offers a beautiful outdoor terrace, fine dining room and a small bar. Every morning they serve a traditional Chinese breakfast which is highly recommended. A modern fitness center, outdoor pool and full service spa is also on offer to guests, as well as private yoga and pilates classes.