Some ancient cities are rooted in fairy tale, and others have made it through the centuries unscathed. Between these two extremes are the legendary lost cities of human civilization, mesmerizing testaments to extinct cultures and the stepping stones to modern life. Swallowed up by the landscape for centuries, these re-discovered places have a certain mystery and purity, regardless of their state of disrepair: walking along the stones and among the ancient walls is like stepping into another world, and a new perspective on age-old history lessons. These 10 remarkable ruins that bring myth and reality together are well worth seeing with your own eyes.

One of the world’s earliest urban settlements and the largest in the Indus Valley Civilization, Mohenjo-daro is an impressive monument to ancient culture in present-day Pakistan. After its inception around 2600 BC, It was a big and bustling center on par with the important cities of ancient Egypt and Mesopotamia. Although the city was the most advanced of its time, with sophisticated engineering and building layout, Mohenjo-daro collapsed when the Indus Civilization suddenly declined, and was finally abandoned around 1900 BC. After the accidental discovery of a couple of artifacts, an archaeological team began excavations in 1922 that continued for several decades, and today you can explore the sun-baked brick walls and foundations that supported the astounding architectural accomplishment. 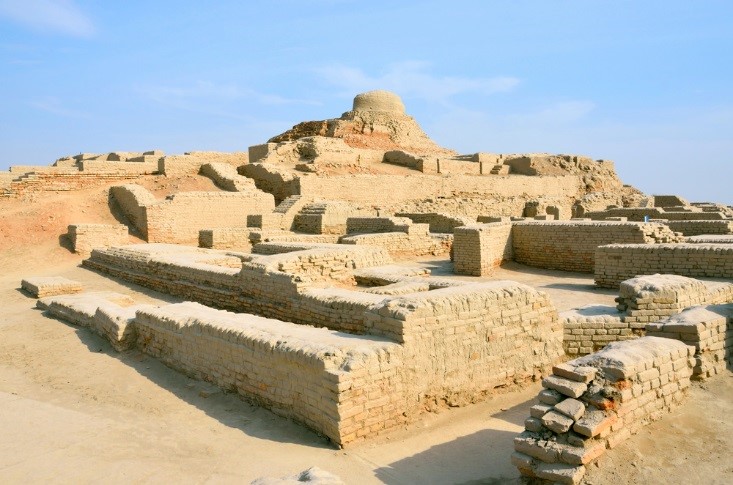 A city of biblical importance (and infamy), Babylon was a formidable find, uncovered by the German archaeologist Robert Koldewey in 1899. The city likely started as a small port town on the Euphrates River as far back as 2330 BC or earlier, but grew to be the largest and most important city in Mesopotamia, and then the largest city in the world, under King Hammurabi. Babylon fell and grew over the following centuries, and eventually became one of the most revered centers of culture, learning, infrastructure, architecture and urban landscaping. There’s no trace of the lush and legendary Hanging Gardens or the towering palace walls that were buried beneath the sands sometime after the demise of the city in 650 BC, but the uncovered ruins you can see today are the foundations of the once illustrious Babylon metropolis. 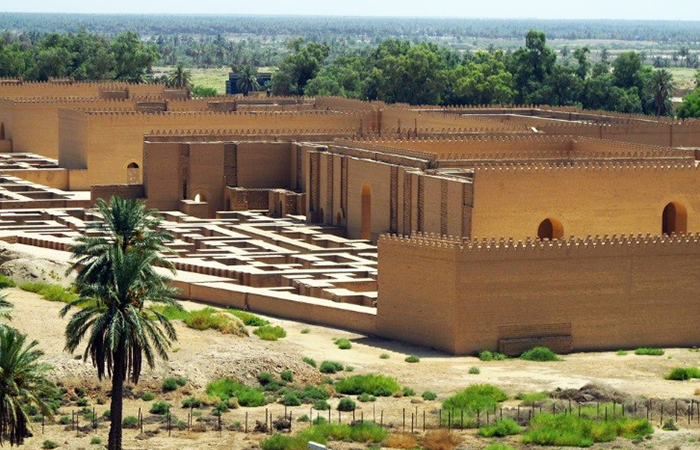 This legendary ancient trade center sits in modern-day Tunisia, but the sprawling Carthaginian Empire once covered the whole Mediterranean coast of North Africa. Founded around 813 BC by the Phoenician Queen Dido, Carthage grew to dizzying heights – it was the most powerful and wealthy city on the Mediterranean before the rise of Rome. Given its strategic position and nearby nemeses, Carthage was frequently at war, and it eventually fell to Rome during the Third Punic War. It was rebuilt by Rome, but later taken by the Muslims in the Battle of Carthage and abandoned. Though it lies in ruins today, you can still see the outline of the original harbour and the remnants of the prestigious homes and palaces that date back to its affluent beginnings. 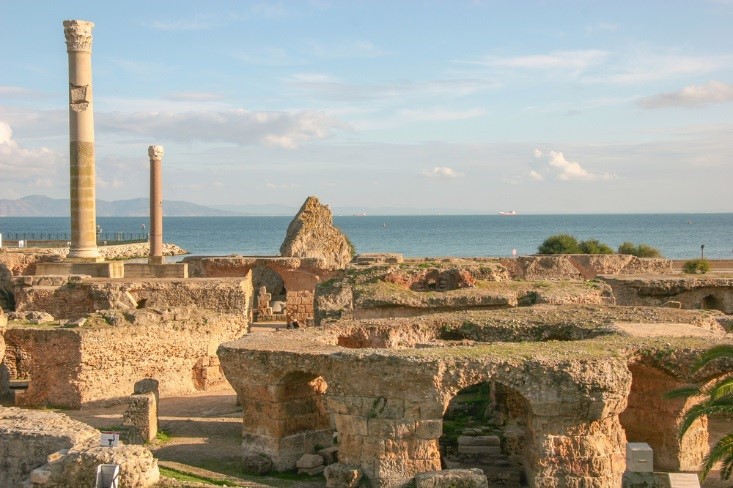 Homer’s famous poem put Troy on the literary map, and 19th archaeologists uncovered the physical city that founded the legend: a vast urban center with roots in the Bronze Age. Sitting close to the west coast of present-day Turkey, Troy was once the site of the mythical Trojan War (recounted in the Iliad), including the Trojan Horse trick that finally led to its capture, and remained an important port through Roman times. Excavations have unearthed several layers of city, and the jewelry and vessels found in what is believed to be the original settlement have essentially added 2000 more years to our knowledge of Western history. Perhaps not the most impressive ruins in the region at first glance, but a guided tour of ancient Troy will deliver a fascinating history lesson. 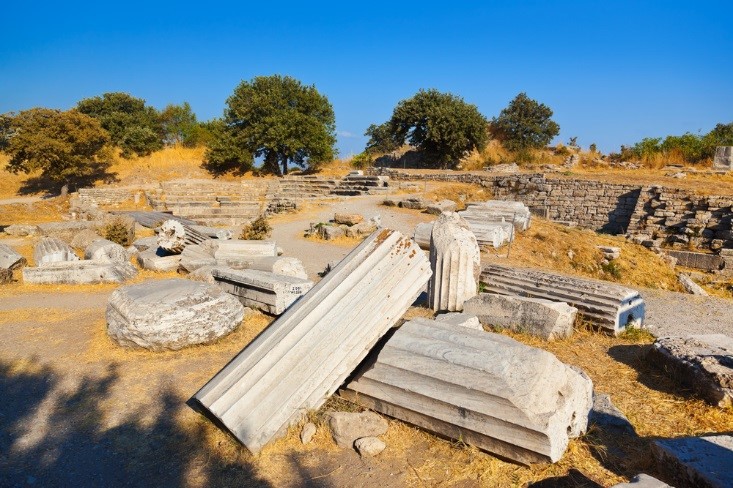 Tucked away in the Orkney Islands off the north coast of Scotland, Skara Brae is an impressive Stone Age village – in fact, one of the most impeccably preserved Neolithic sties in Europe. The village can be traced back to 3100 BC, but is in far better shape than you might imagine; since the island would not have offered lumber for building, the walls and furniture are made of stone, and have therefore weathered the centuries well. Moreover, experts believe that sand and dirt blanketed the site relatively soon after the settlement was abandoned, which explains the array of ornaments, tools, and other artifacts that were uncovered in one small area after a massive storm blew away the protective cover of sand and silt in 1850. Today, Skara Brae is a UNESCO Heritage Site that welcomes visitors. 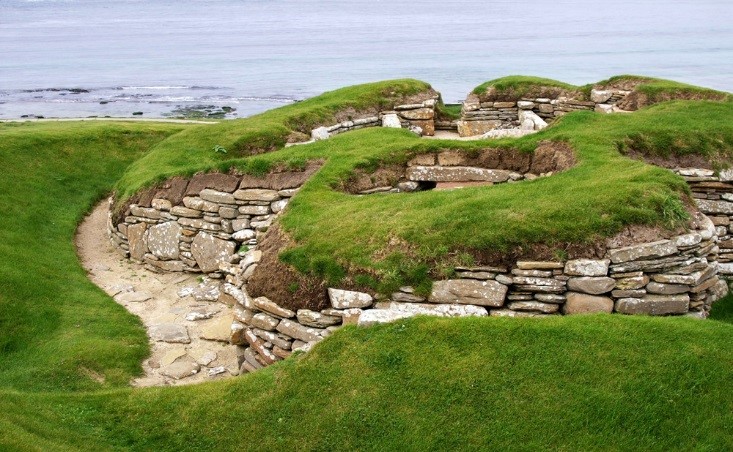 A city with a tragic past and an eerie and mesmerizing present, Pompeii certainly deserves its reputation as the richest archaeological site in the world. The eruption of Mount Vesuvius on August 24th, 79 AD essentially snuffed out the entire city in the course of one day, with an explosion of fire and ash that modern scholars describe as 100,000 times more powerful than the atom bomb explosion in Hiroshima. The heavy, dense layer of hot ash suspended Pompeii perfectly in time, and though it brought down some structures immediately, it surrounded and baked most of the houses, streets, items, and people within the city. Pompeii was lost and forgotten until 1755, when construction on a canal revealed a town hidden beneath a layer of petrified volcanic ash. Today, visitors are treated to the most jaw-dropping record of ancient Roman life. 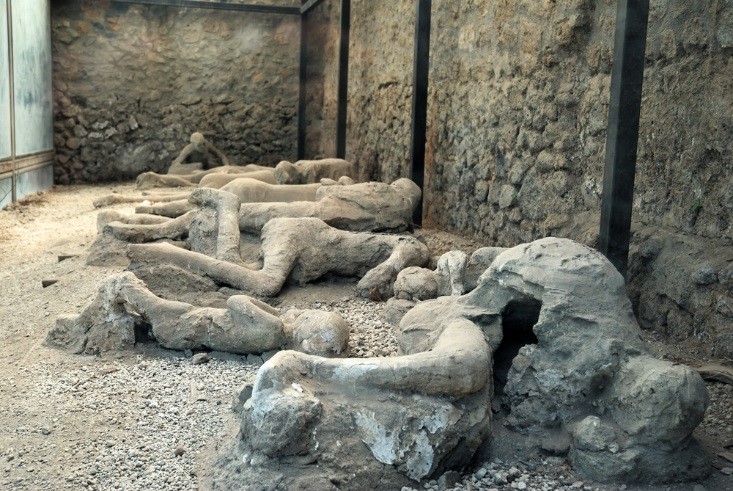 Tikal is the largest ancient Maya city, found in the northern region of Guatemala, and was one of the most wealthy and important centers of the Mayan Civilization from the 4th to the 9th century. Founded in the lush jungle landscape, Tikal exploited its natural resources for profit and protection, eventually defeating its neighbouring rivals and building the impressive Temple I and Temple II – massive pyramid temples that still stand today. The Mayan Empire begin to decline in the 9th century, and after Tikal was abandoned around 900 AD, the jungle quickly grew over the site. The city was rediscovered in the 19th century, and today is one of the most impressive tourist draws in Guatemala. 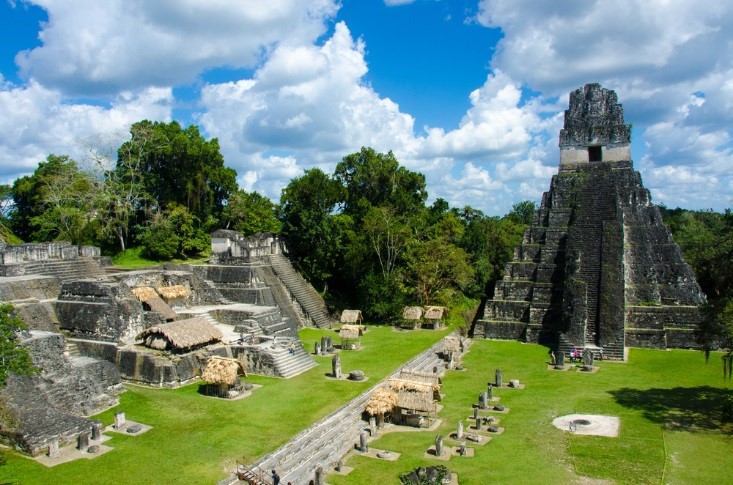 Carved into the red cliffs of the Wadi Musa Canyon, Jordan’s most treasured historical site is also one of the most exceptional recovered cities on earth. In its prime, Petra was an important stop on the trade route between Arabia and the Roman world, containing an enviable collection of theaters, palaces, markets and temples all built right into the desert landscape. It continued to enjoy power and prestige until the 2nd century AD, when it declined as a prominent urban center, and was eventually abandoned in the 7th century, following two destructive earthquakes. Although people from nearby lands sometimes visited the city in the Middle Ages, Petra wasn’t known to the western world until the Swiss traveller Johann Ludwig Burckhardt stumbled upon the site in 1812. Petra is now a UNESCO World Heritage site, with a deep commitment to preservation, though visitors are still allowed to wander through the rose-colored ruins. 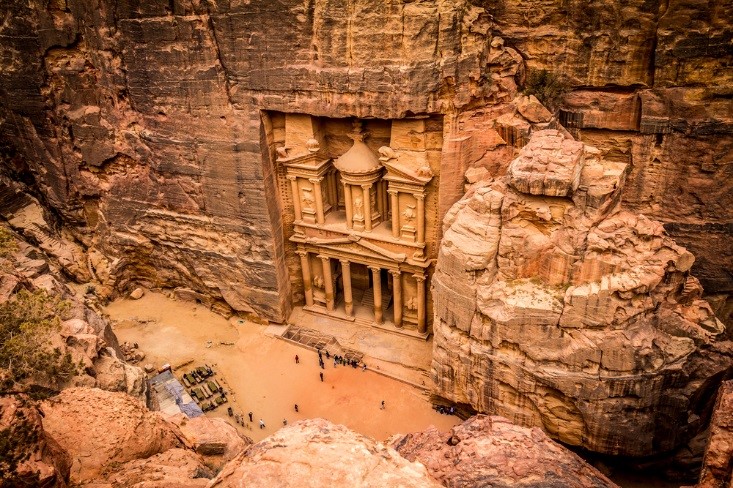 It may be the most renowned ruin in the world today, but for many centuries, this Inca stronghold sat unnoticed and untouched atop a peak in the Urubamba Valley. The ancient city of Machu Picchu is completely self-contained, remarkably landscaped, and notoriously sacred: historians believe that Incan royalty would stay here, but it may also have been a strategic fortress, as well as a shrine for important Incan pilgrims. In any case, the site was abandoned in the 16th century, not long before the Spanish conquistadors took over the area, and though the local population knew of its existence, the new rulers never found out about it. In 1911, an explorer named Hiram Bingham discovered the verdant plateau, and it has since become one of South America’s most popular attractions. 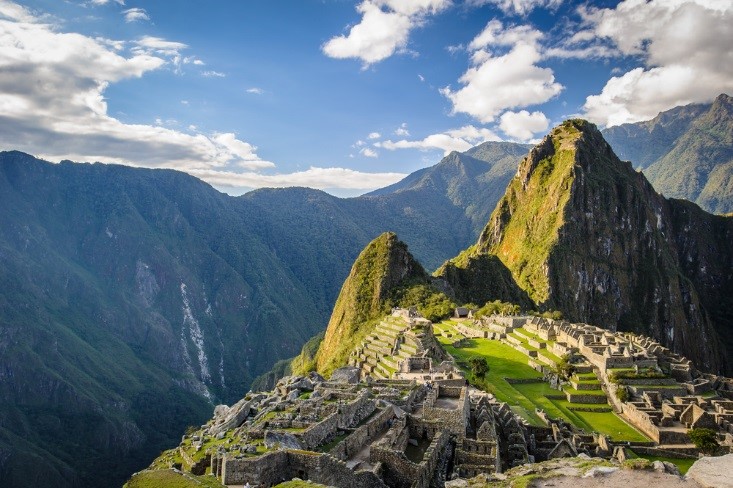 The splendid symbol of Mesoamerica’s Golden Age, Teotihuacan was a sprawling city built in the 3rd century with an astounding silhouette: two giant pyramids lined with steps were the focal points, and a wide avenue cut through the center. During the most prosperous and active years (between the 4th and 6th centuries AD), Teotihuacan was a trading city of 200,000 people, fuelled by a spring of fresh water and fruits from the fertile land. An abrupt end came in 600 AD, when many buildings were burned to the ground, and artistic and religious artifacts destroyed. In the centuries that followed, the city was deserted and largely forgotten until the Aztecs discovered and celebrated it almost a millennia later. 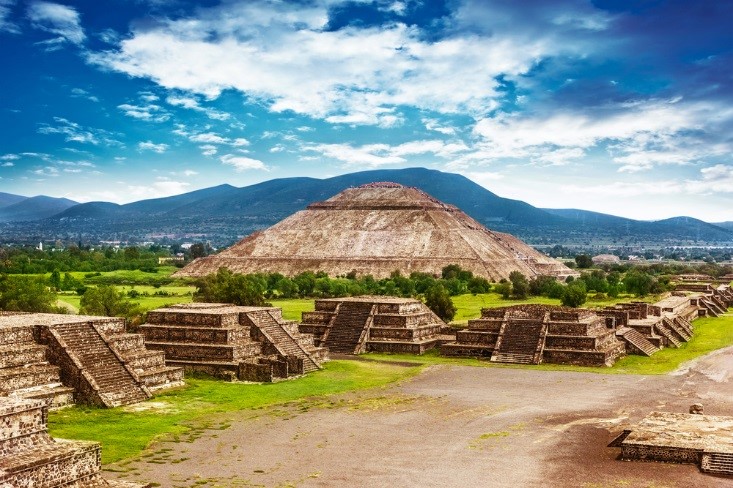 There’s no better way to see the heart of a historical event or era than by visiting the physical remains, but not all ruins are very tourist-friendly. In some cases, the rediscovered cities are too frail to allow for steady foot traffic, and other sites might only let you glimpse the ruins from afar. It’s best to look into hours, rules, and other details before you arrive to avoid disappointment, and always consider taking a guided tour – a well-versed local historian will shed more light on the ancient structure.