Magical Places Where Nature Has Taken Over

The power of nature is never more pronounced than when it meets man-made structures. Hurricanes fell concrete, waves wash out bridges, and tornadoes pluck up trucks. There are quieter takeovers, too. People are notorious for leaving things behind, but when communities move on, nature moves in, reclaiming the land when no one is looking. These eight places are perfect examples of the slow and steady influence of Mother Earth, and a good reminder that change is inevitable.

Gouqi Island was once the center of a flourishing fishing industry, but as focus shifted to other trades, populations moved and the villages were left behind to weather the elements. The grassy terrain has grown over the modest structures, and now the neighbourhoods look like something out of a forest fairy tale: vines crawl through windows, shrubs tumble along streets, and houses blend with their hilly backdrop. 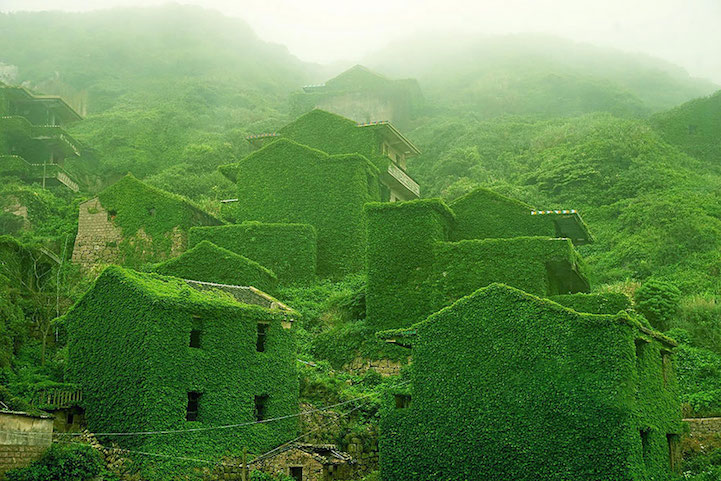 The small island of Okunoshima was the site of Japan’s chemical weapon production during the Second World War, using animals to test the effects of the poison. When the war ended, the island was deserted and legend has it that the captive bunnies were freed. Today, thousands of bunnies hop around the forests, roads, and buildings, and visitors to Rabbit Island can mingle with the impossibly adorable ruling class. 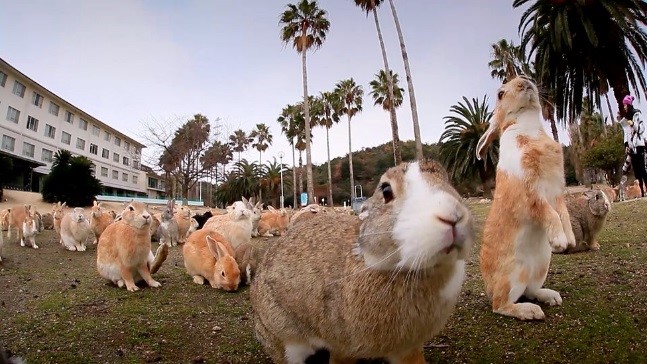 This dreamy desert ghost town was once a profitable diamond mining center, but the sand is steadily swallowing up the vestiges of its rich history. The town was built in the German style in the early 1900s, with all the European amenities you would expect, from a ballroom to a tram. You can still walk through the buildings to admire the remains of a long-gone era. 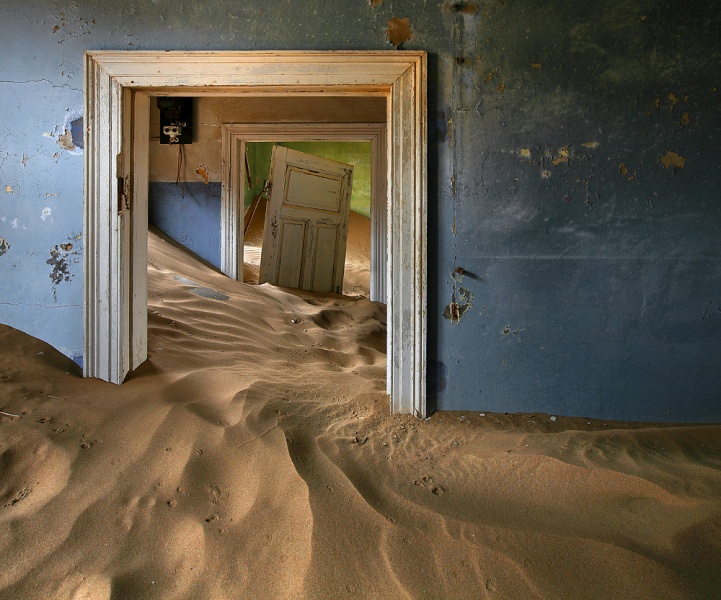 The Aral desert wasn’t always a desert – these old ships once floated on an inland sea. Over the course of a few decades, the sizeable body of water (once one of the world’s four largest lakes) diminished into a few separate lakes, and eventually the eastern basin totally dried up. The result is a swath of beached boats, now the backdrop for herds of passing camels. 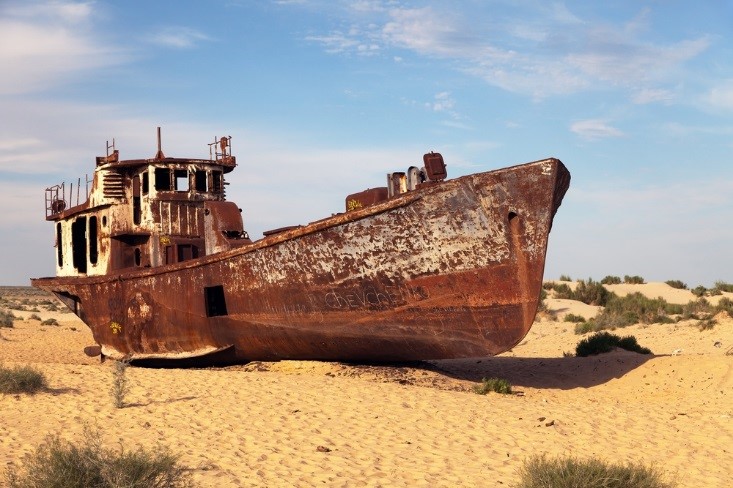 A beacon in the midst of a floating graveyard, the SS Ayrfield sprouts mangrove trees from its rusty hull. The “Floating Forest” is not the only abandoned ship in this stretch of water to the west of Sydney, but no other vessel has this sort of vegetation. The view from the shore is a bit surreal, a collision of elements that lends a certain artistic quality to the scene. 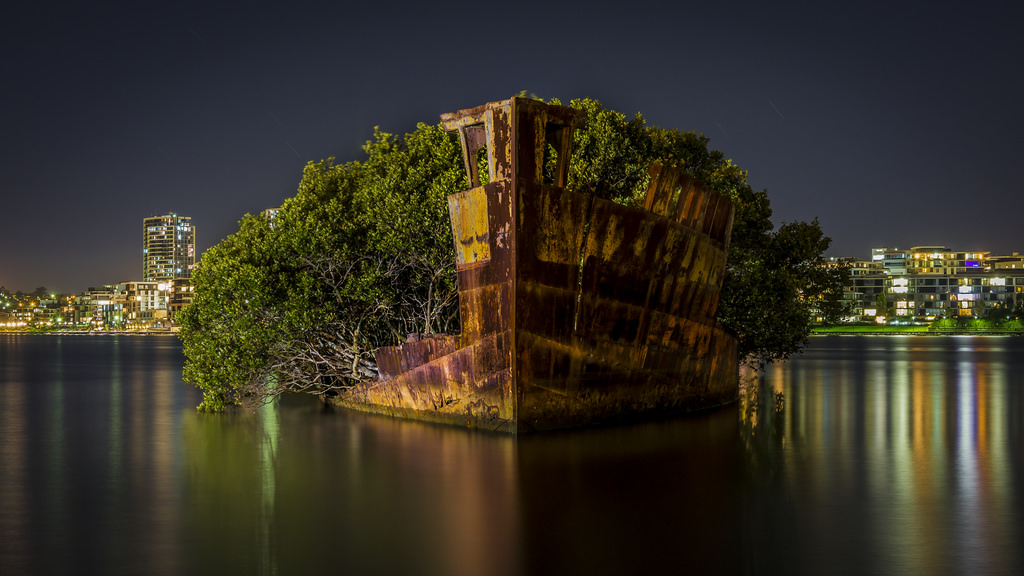 Although the aptly named Tunnel of Love was originally designed and constructed with an arching canopy of trees, the romance has grown to greater heights through the years. As the wilderness began to creep into the tracks, the once functioning train line became a serene walking path – a natural “lover’s lane”, if you will. 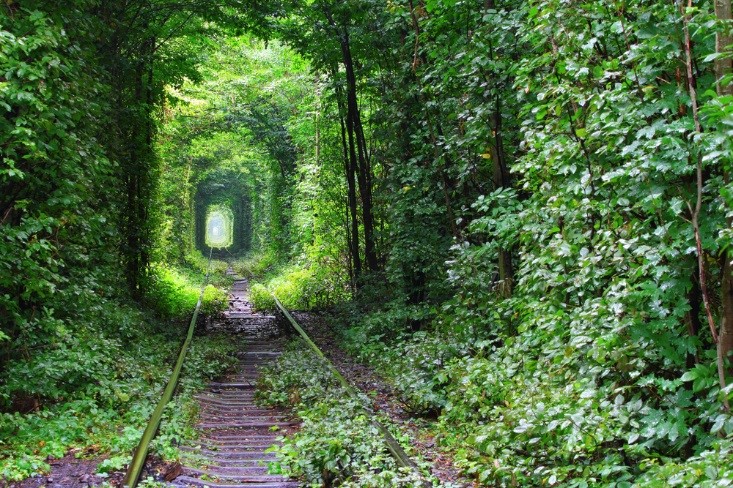 Abandoned in the mid-19th century, this charmingly mossy mill at the bottom of a deep valley is a treat for travelers passing through the Sorrento area. A water mill dating back to the 10th century, the stony façade and massive mechanisms still peek through the layers of vegetation, frozen in time. 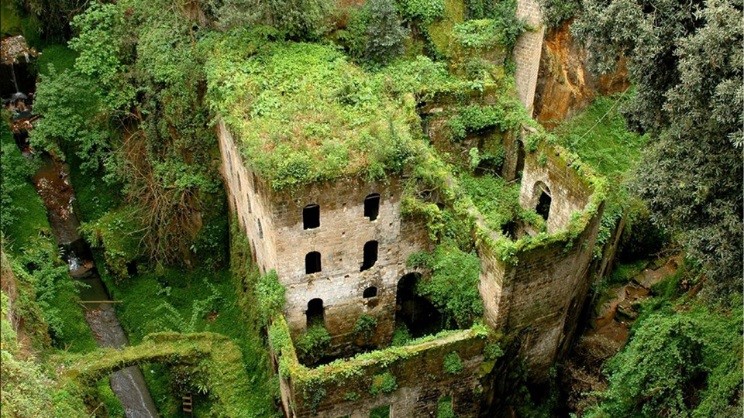 Perhaps the most iconic example of nature taking over, the ancient temple complex of Angkor Wat is a masterpiece of ruins and roots. Over many centuries, the trees have moved in and grown up through the sacred space, swallowing walls and framing doorways. Today, the Buddhist temple is Cambodia’s biggest tourist attraction, and in a fitting nod to Buddhist principles, stands in solidarity with its natural surroundings. 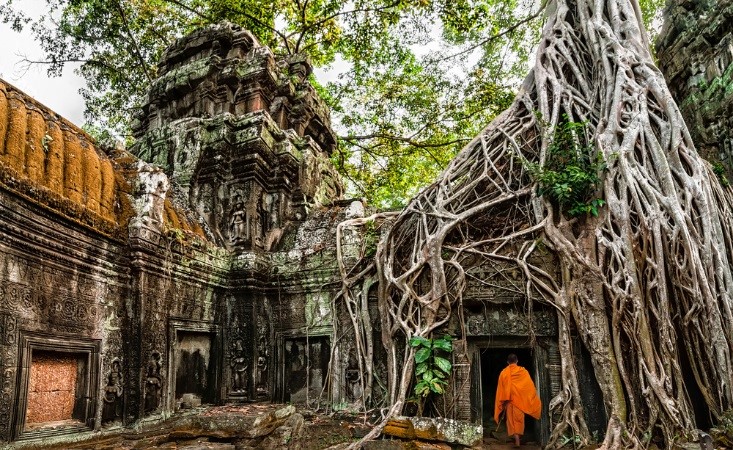 Imposing natural surroundings have made celebrities out of once forgotten places, but there are surely plenty that have yet to be found. From pianos skewered by trees to moss-covered cottages, a walk through a nearby forest could reveal some pretty impressive – and photogenic – reclaimed artifacts.

Comment on Magical Places Where Nature Has Taken Over