Most Terrifying Tornadoes Caught on Camera

Natural disasters fascinate many of us from afar, but up close they are absolutely frightening. In the age of smartphones, many who accidentally (or purposely) find themselves in the path of treacherous tornadoes record the disaster while its unfolding. This has made chilling footage of some of the most terrifying tornadoes caught on camera easily available online for us to watch from the safety of our homes.

For many of us, tornadoes are something we would rather avoid at all costs. However, for storm chasers, the thrill of chasing down the next big storm is something that produces a remarkable high. As the name suggests, Tornado Alley in America’s Midwest is where you’ll find some of the most violent twisters in the world. Storm chasers flock to the core Tornado Alley states of Texas, Oklahoma, Kansas and Nebraska during the peak tornado season from April to early July. It’s not surprising that these are the sites of many of the most terrifying tornadoes caught on camera. Here are a few.

Between April 25 and 27, 2011, the Southeastern United States experienced more than 300 massive tornadoes over a two-day period. This period known as the ‘Super Outbreak’ of 2011 produced some of the most terrifying tornadoes caught on camera, including this tornado in Tuscaloosa, Alabama. In total, more than 50 people in Tuscaloosa lost their lives as a result of this twister which caused winds up to 190 mph. 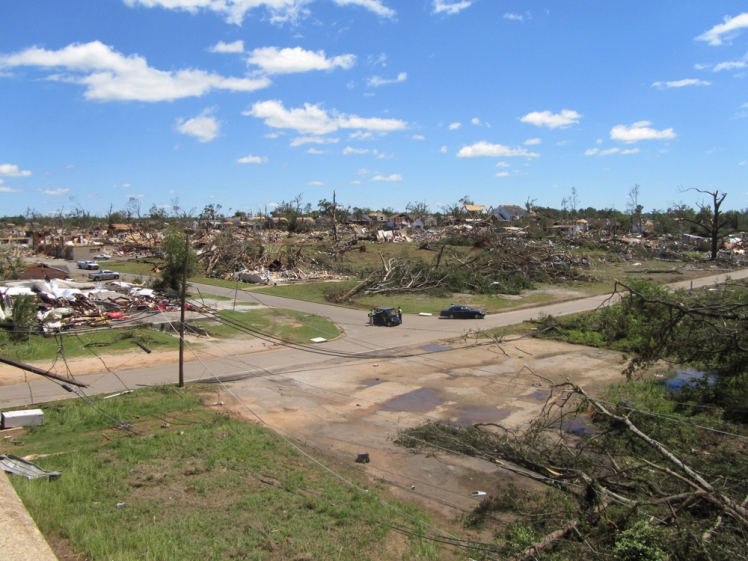 May 3, 1999 was a day of dread for residents of Oklahoma City as that one day saw a massive tornado outbreak in that city. The afternoon saw this catastrophic EF-5 tornado hit the city, with winds well over 300mph, making it one of the highest recorded wind speeds in history. 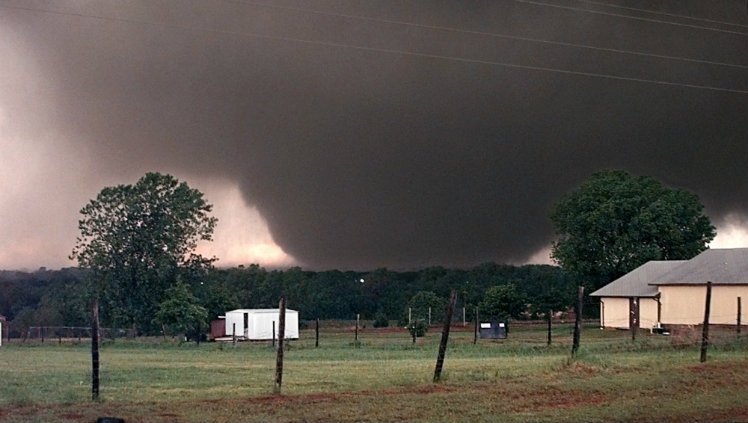 The deadliest tornado in U.S. history since 1947, many homes and businesses were swept away during this catastrophic EF-5 multiple-vortex tornado. At its peak, the tornado was up to a mile wide and contained wind exceeding 200 miles per hour. Overall, this killer twister led to the deaths of 158 people and injured 1,150 others. 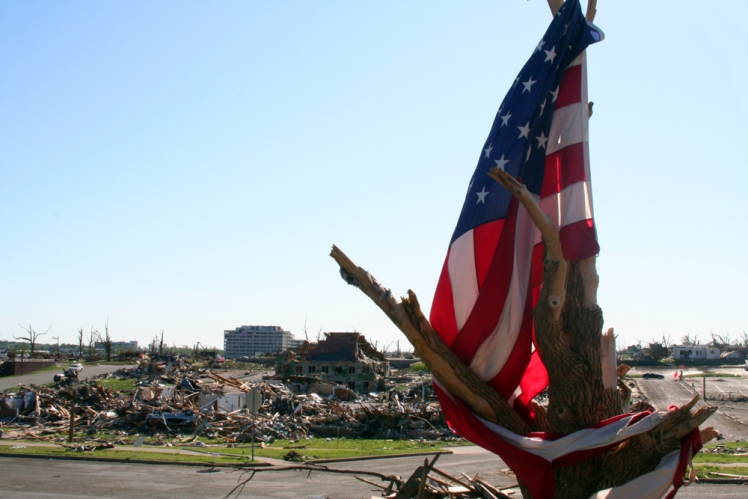 It’s not everyday that a large F/EF-5 wedge hits and there are even fewer videos documenting this rare type of twister. That’s why the footage of this large F/EF-5 tornado in Lookeba, Oklahoma, which provides a glimpse at one of the of the most terrifying tornadoes caught on camera, is so fascinating. 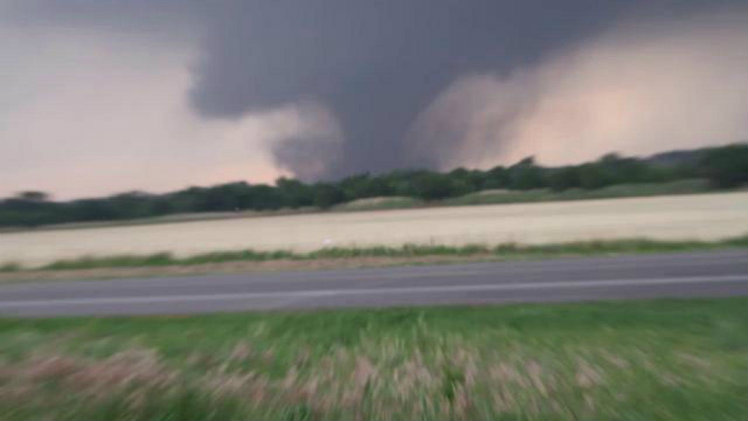 This large and intense EF3 tornado hitting the rural parts of Central Oklahoma is considered the widest tornado in history, reaching a record-breaking width of 2.6 miles at its peak. 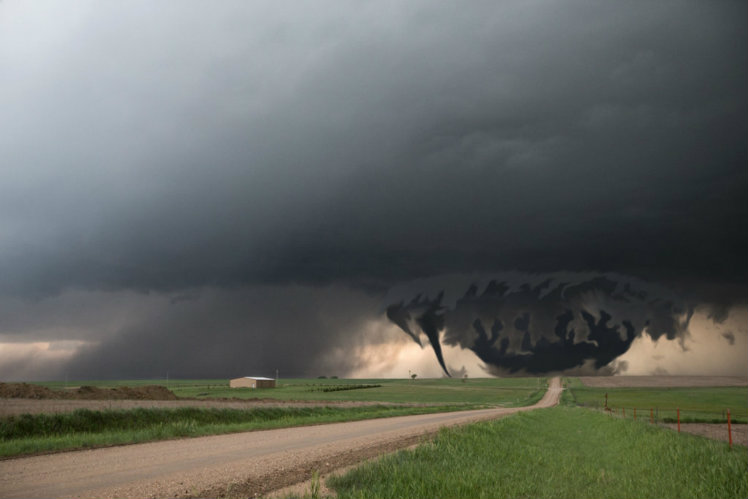 This terrifying video, also recorded during the ‘Super Outbreak’ of 2011, is not only terrifying due to the size of the tornado, but due to the fact that its shows the twister’s destructive nature, with the woman in the video being picked up and thrown to the ground. Fortunately, she ended up escaping without injury. 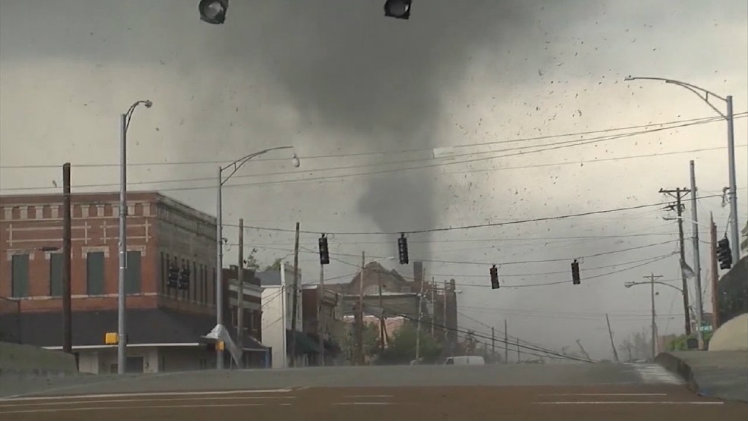 This massive tornado striking the small Nebraska town of Hallam is one of the most terrifying tornadoes caught on camera. Between May 21 and May 31, 2004 nearly 390 tornadoes hit the U.S. and the Hallam tornado was one of the largest during that period. 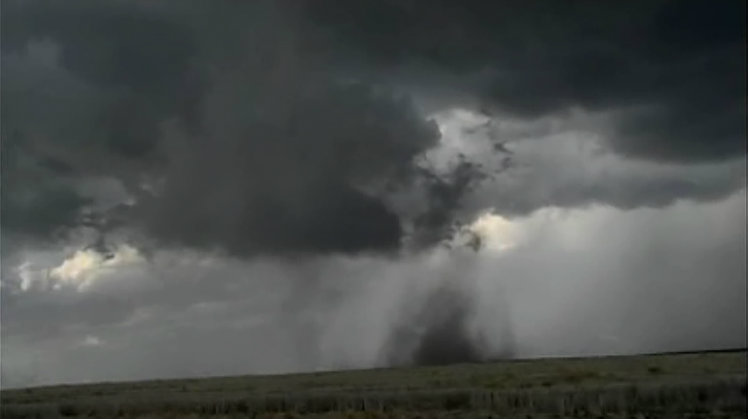 This menacing funnel cloud left six people dead and hundreds homeless in the small north Texas town of Granbury. This was part of a small but deadly tornado outbreak between May 15-17, 2013 which hit northern Texas, south-central Oklahoma and northern Louisiana and Alabama. 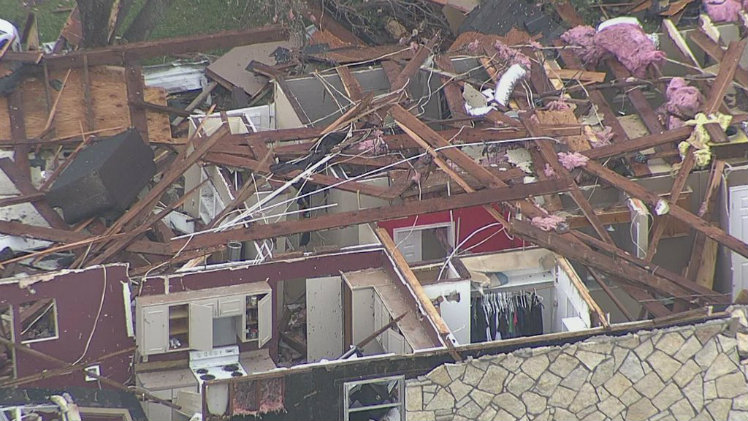 Mid-April 2011 was one of the deadliest months for tornadoes in Oklahoma’s recent history, which led to 43 deaths in the Southern United States. Therefore, it shouldn’t be surprising that it would produce some of the most terrifying tornadoes caught on camera. Storm chasers caught a large tornado on the first day of the outbreak which had winds between 135-165 mph and caused extensive damage throughout the town. 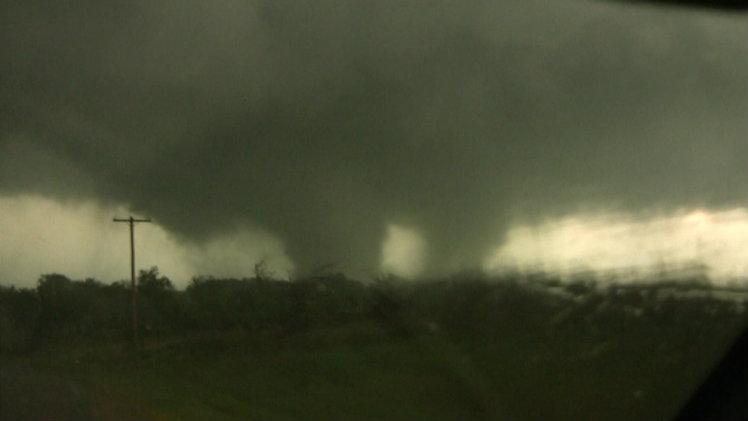 This sleepy north Texas town was rocked by a string of nine tornadoes throughout late December 2015, which killed 13 people and damaged nearly 1,000 homes. The tornado hit most areas of Rowlett and its neighboring city, Garland.  In fact, so much of the area was destroyed due to these tornadoes that the total damage to homes in the North Texas was estimated at $1.2 billion. 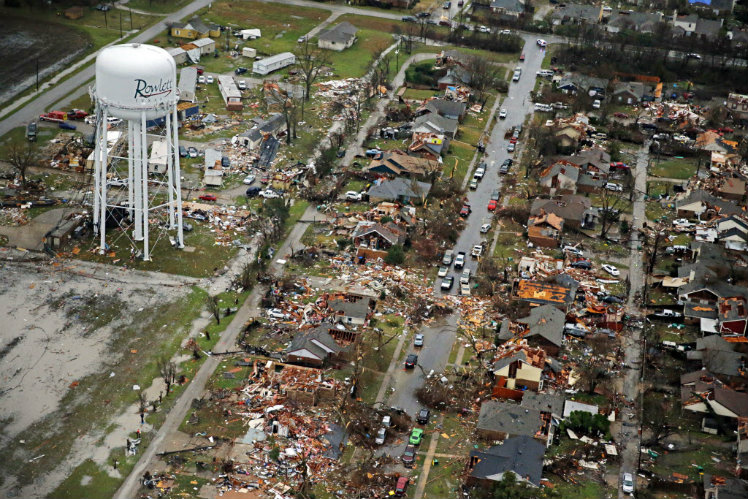