Must See and Do's in Melbourne, Australia

If Sydney is Australia’s bright and brash spokesperson, Melbourne is her creative and distinguished cousin. Both are fun-loving, but in decidedly different ways – you’ll find hip and current galleries next to top museums, and sleek 19th century facades rubbing up against converted industrial buildings in Melbourne’s tree-lined streets.

In fact, Melbourne may just be the nation’s most well-rounded city, with unbridled sports fandom and a fondness for good food and drink balancing out the cultural slant. In fact, the city has grown not by overtaking previous personalities, but rather by adding to them, and you’ll need a bit of time and patience to uncover the enormous wealth of nature, culture, and history it has collected over the years. 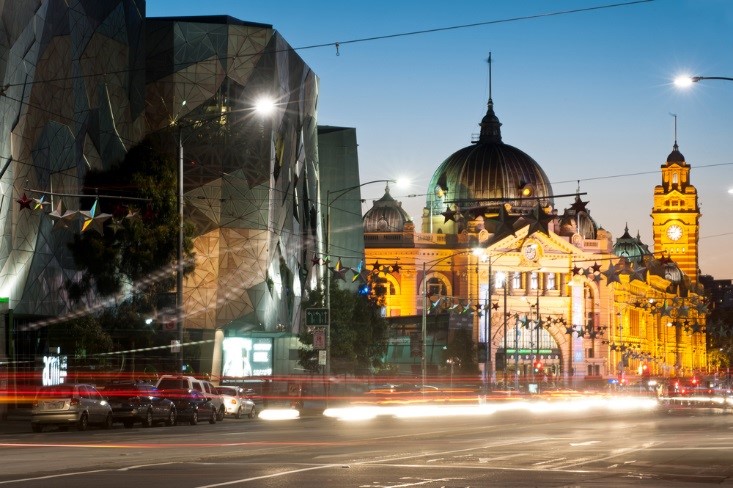 Head to the corner of Victoria Street and Elizabeth Street for the largest open-air market in the Southern Hemisphere. It’s also one of the most animated and diverse, with over 600 stalls of food, art, and other products from all over the globe – where else can you dine on artisanal French cheese while you shop for authentic sheepskin moccasins? It’s open five days a week, but try to drop by on a Sunday, when the scene is extra-vibrant. For a calmer, focused introduction, opt for a guided tour. 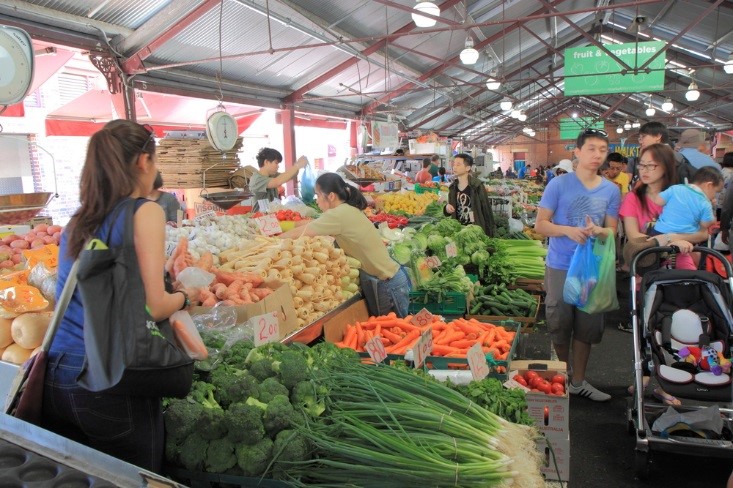 Australia’s shady past pokes through the passages and cells of the Melbourne Gaol, an early prison for some of the region’s most dangerous convicts. It’s been reconfigured into an interactive museum, with eerie and educational exhibits like the room of death masks cast from the former prisoners, detailed accounts of the building’s most notorious criminals, and even a mock incarceration for visitors. It may not have the gory torture instruments and requisite dramatic scenery of the “torture museums” you find in European cities, but the sober interior and genuine tales are more than enough to pique your interest. 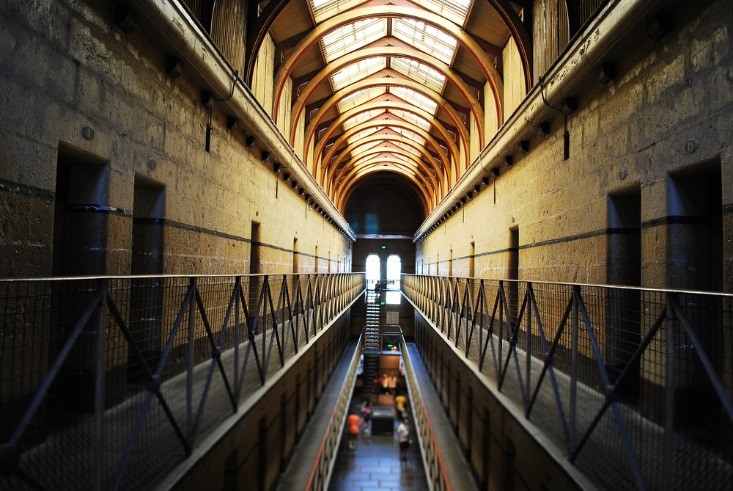 When you’re ready for a breath of fresh air, pass on the Botanical Garden and head to the Birrarung Marr instead. Here you’ll find fewer crowds, but the grounds are just as impressive: speckled with terraced gardens and grassy knolls, a pathway of art celebrating the indigenous Wurundjeri people, towering sculptures, and a veritable billabong, this park has a bit of everything. The undulating scene of land and water is crowned with an orchestra of 39 brass bells that sing out every day from the highest terrace. 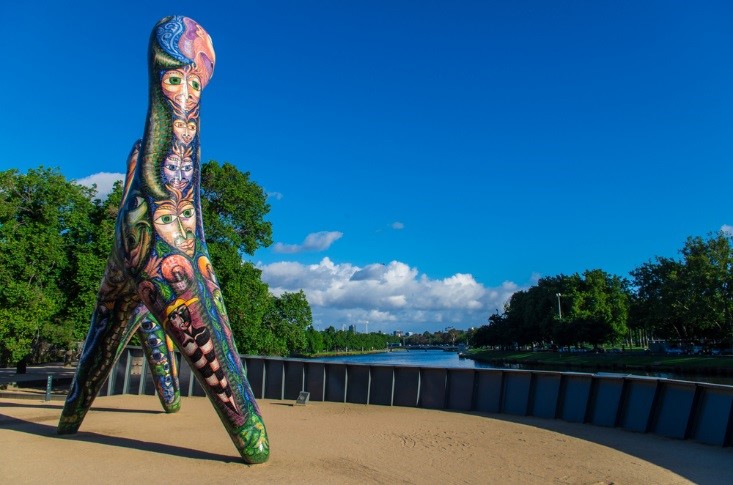 Perched on the very edge of the city center, the elaborately English Fitzroy Gardens is a pleasant excursion into a calm and canopied colonial past. Elm trees stretch their branches over pretty avenues, and there are plenty of flower beds and statues to top off the idyllic setting. Cook’s Cottage is one of the main highlights: the 18th century structure, which once belonged to the parents of famed explorer Captain James Cook, was disassembled and shipped over from Yorkshire to be reconstructed on this site. Everything is original, from the red bricks to the ivy growing up the side. 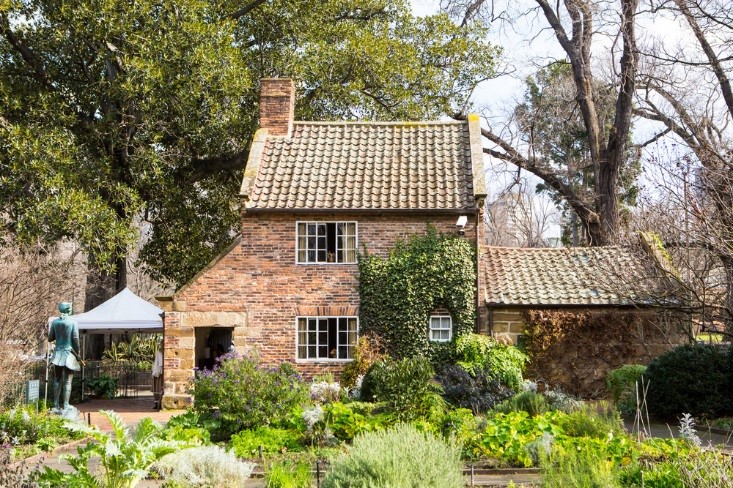 Built between 1928 and 1934 as a memorial to the nation’s fallen soldiers in WWI, the proud, pillared building enjoys a special prominence in the city center. Not only is it ideally located close to several other city landmarks, but it’s been built on a hill that stands alone – building regulations have kept any other structures from being built in front, since that would block the clear view of the memorial. The building is beautiful inside, too, with the notable Stone of Remembrance and downstairs galleries taking center stage. Before you go, be sure to climb to the upper galleries for an extraordinary view of the city. 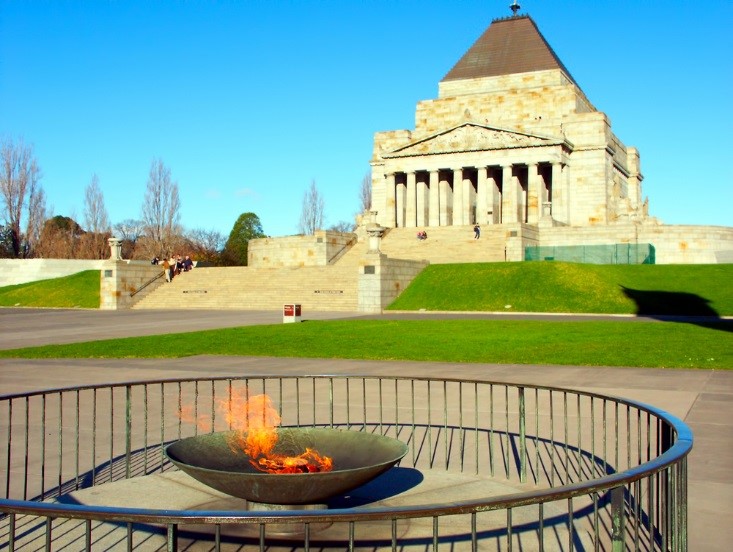 Cricket and football are a big part of the Melbourne identity, and the grand stadium is a testament to this love of sport. Known simply as the “G”, it can seat 100,000 fans for cricket matches in the summer and Aussie Rules football in the winter. Catching a game is a virtual rite of passage in the Melbourne community, but it’s worth a visit even if you can’t stick around for a match. After all, this isn’t just any stadium: it was the site of the first game of AR football, the first Test cricket match between Australia and England, home of the Melbourne Olympics, and today, it hosts a noteworthy National Sports Museum. 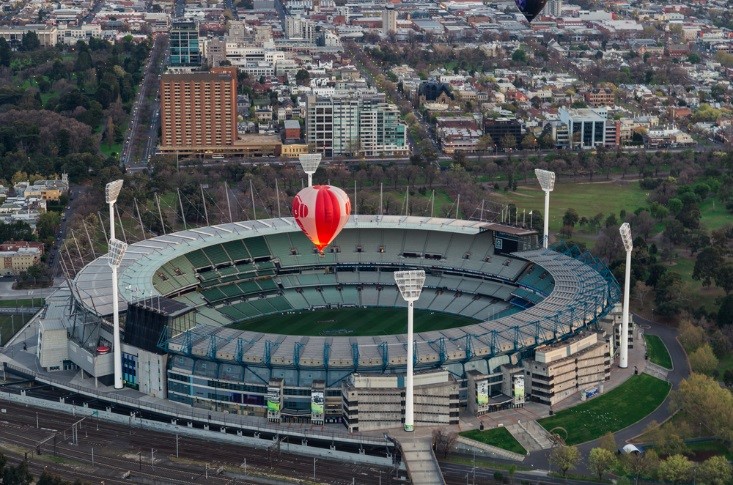 Melbourne’s 19th century central station is a wonderful architectural feat, especially since it managed to avoid demolition in the 1970s. The ornate stone façade, topped with a dome and dotted with the famous clocks, has become a favorite landmark of the city, and while impressive to see from across the street (where the equally astounding St. Paul’s Cathedral happens to stand), it’s certainly worth a look inside. The busy hub is of course full of trains coming and going, but it also houses a library and a ballroom. The building is understandably one of the city’s most popular meeting places. 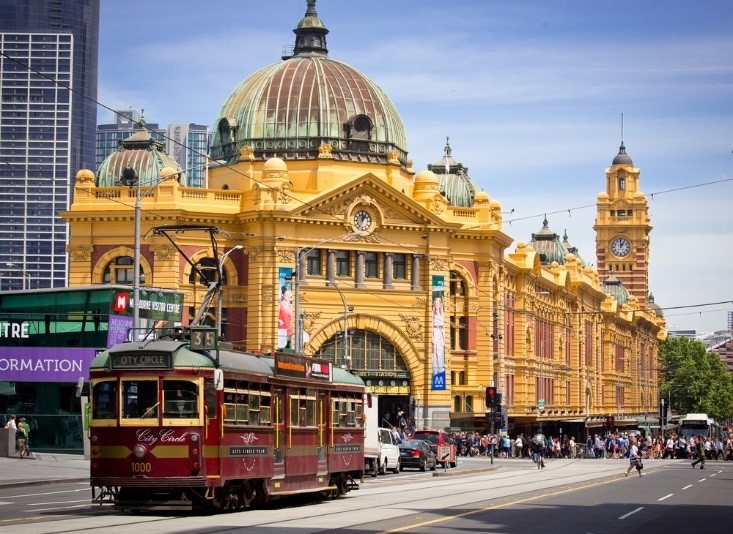 8.  Hosier Lane and beyond

Melbourne is diverse and cosmopolitan, with an old-town feel alongside a modern demeanor. Take Hosier Lane, for example: this is where you can find some of the city’s most impressive and insightful street art, stenciled and painted walls lining a little, old cobbled lane. There are plenty of other cutting-edge, laid back, or downright enchanting streets in Melbourne’s downtown, so be sure to take a good chunk of time to explore. This is a city where coffee is king, and the cafes are quite serious about brewing the perfect cup – take advantage of their prowess and pop into a place on Degraves Street to enjoy a coffee like the locals do. 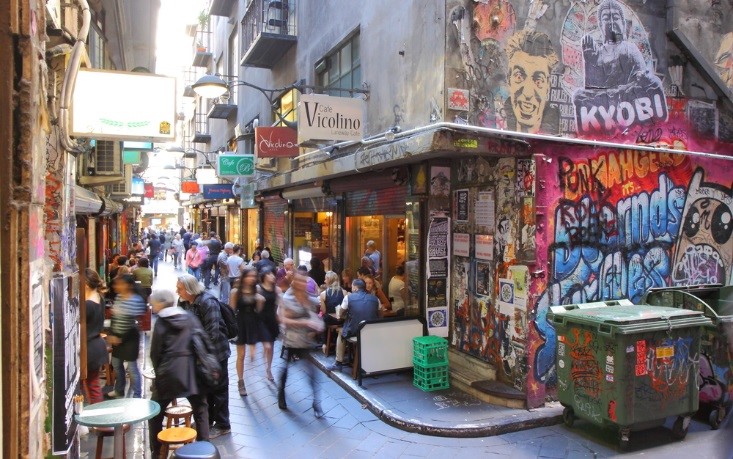 It takes quite a long time to get tired of the vibrant city streets, but if you’re itching for a different perspective, a hot air balloon ride over the city at dawn is a favorite way to take in the urban vista. Have some time to spare? A day trip out to the Dandenong Ranges (one of the longest mountain ranges in the world) or the penguin colonies of Philip Island will offer a glimpse into the astounding flora and fauna of the region.

Comment on Must See and Do's in Melbourne, Australia