Transylvania is a magical place that has plenty to do and see, but one thing you must do is check out a few of the majestic mountain castles that are part of the landscape. Here is a little bit about a few popular castles worth visiting.

This is one of the best-known castles in Transylvania because of its supposed connection to Dracula, but it actually doesn't have a lot to do with the real Dracula, Vlad the Impaler. However, it is still a beautiful castle and museum, and it’s a destination that should not be missed while exploring the countryside. Bran Castle has its own website where you can plan your visit to this spectacular location. The Bran Castle even hosts events for visitors such as Jazz at Bran Castle, Bran Castle’s Night Pieces: Live and Don’t Tell!, Fairy Tale Fun for Children, and events throughout the year. 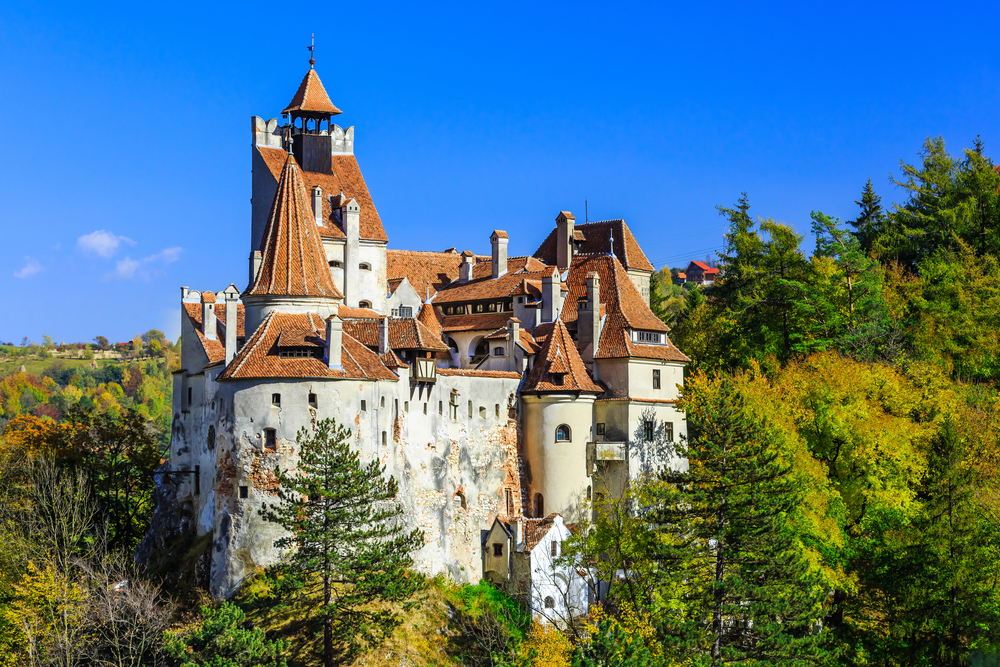 While perhaps not as aesthetically striking as the Bran Castle, Fagaras Citadel has one thing that the others do not: it is the only one that has never been breached by the enemy. This fortress withstood the 16th century, when it held the family of the Prince. Throughout the years, it has been everything from a military prison and a residence for the Transylvanian Sovereignty to a residence for the Episcopals and a jail that held communist dissidents. It may not be the prettiest castle, but it certainly has a diverse background. 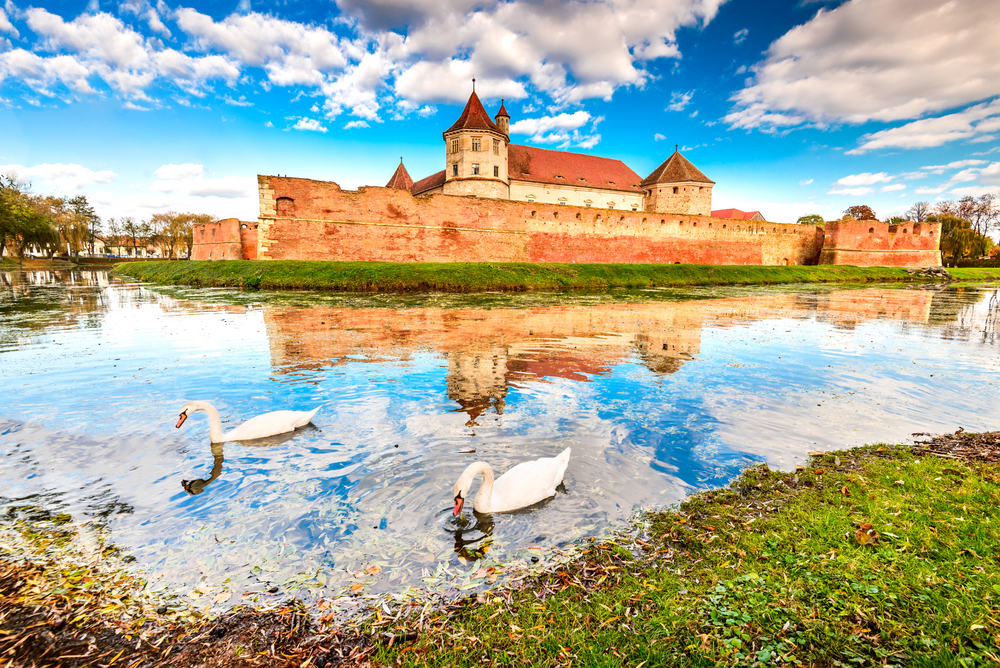 One of the most beautiful castles in Transylvania is The Peles Castle. Formerly erected as a Royal Family of Romania summer home, it is now a museum that you can visit to see precious artwork and stunning architecture. With more than 160 chambers, multiple staircases, and many entrances, this unique castle boasts surroundings that are as beautiful as the building itself. You can find out more about the fascinating history of Peles Castle on their website. 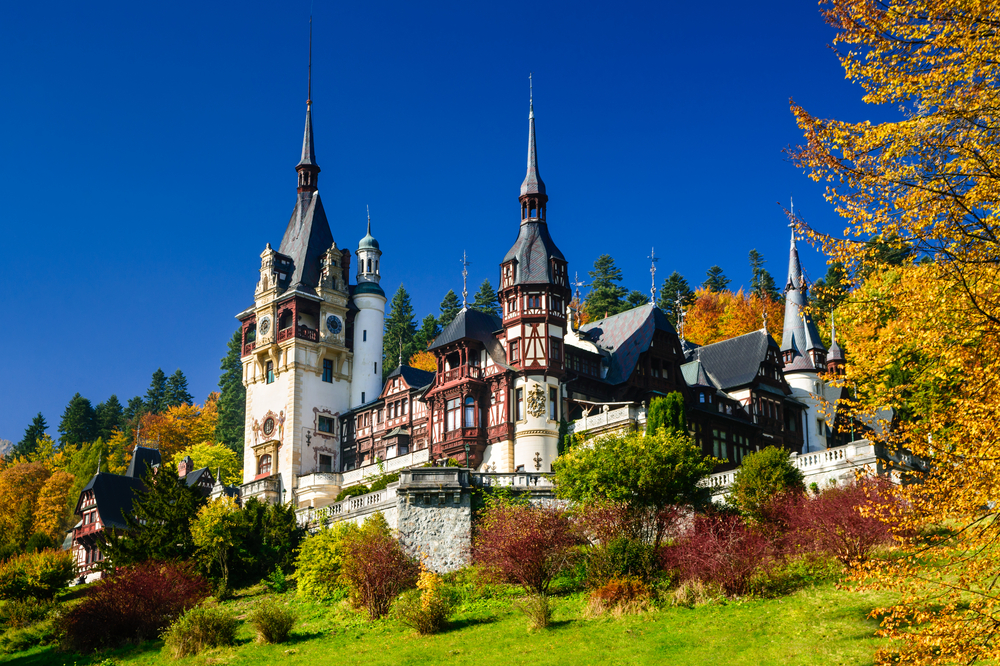 This one is not so much a castle as it is a spiritual capital. It is still an important place to visit while seeing the rest of Transylvania. It is the location where the signing of the unification of today’s Romania took place. It was built to withstand Turkish invaders in a baroque style, but even with its former function to keep out the enemy, it is still striking in its architecture. With European military architecture, statues, unique elements, and beautiful adornments, this is another place that can’t be missed. 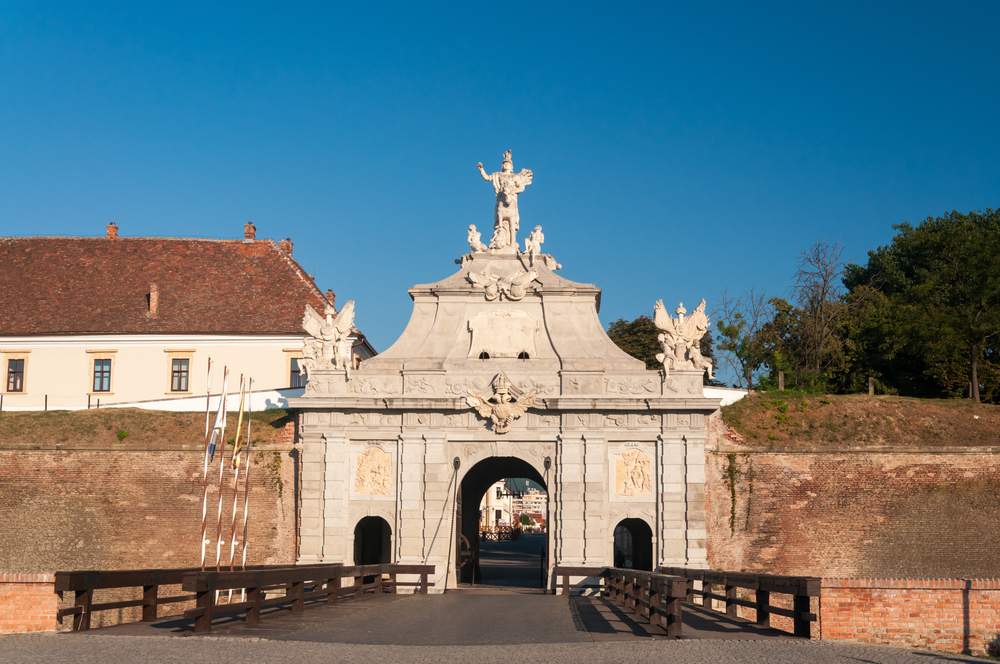 For a breathtaking view, Corvin Castle is one stop you have to make. It is considered one of the most striking and gorgeous medieval castles in Europe for good reason. Its gothic architecture features a drawbridge, defense towers, and bastions, while there is no expense spared inside. It features inside decor that was fit for sovereignty of the time, with halls made of marble, beautifully decorated balconies, and plenty of spectacular windows. Corvin Castle is one of the largest in all of Europe, and you are allowed to visit on your own or go with a guide group. No matter how you get there, it is definitely one you do not want to miss. There is a torture chamber, bear pit, and a ladies chamber, where you will find authentic 19th-century furniture. 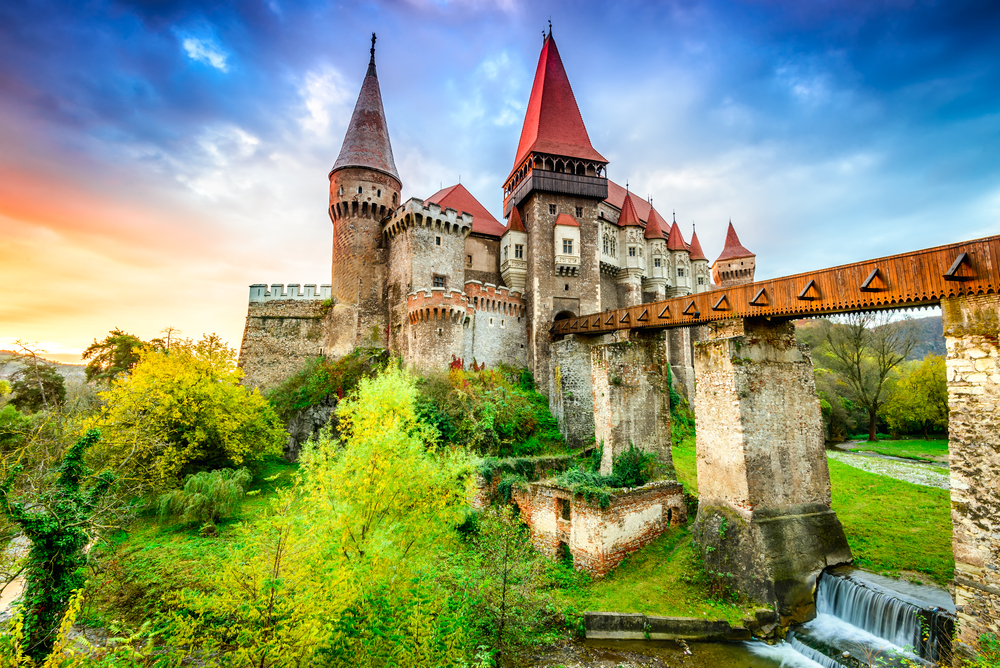 For a view that cannot be beat, Rasnov Citadel sits against the mountains with stunning scenery and a rich and diverse history. Built in the 13th century, it is now mostly ruins but was once an important part of the history of the area. It was originally a war shelter for villagers and helped them secure protection against invading armies. While a lot of it is gone, visitors can still see the well, the chapel, and the school at Rasnov Citadel, and you can't beat the background view surrounding it. 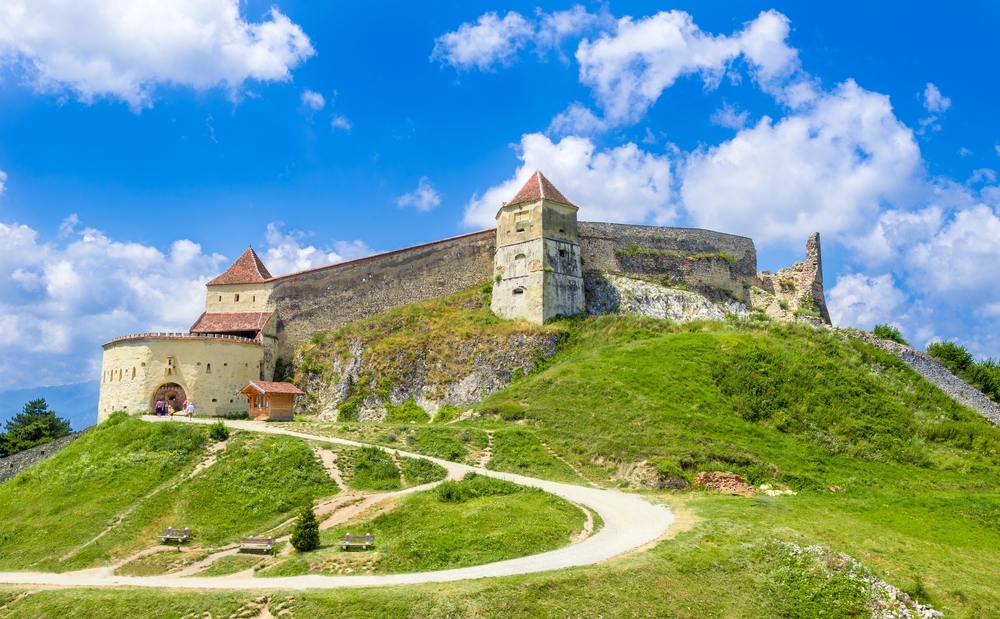 The Sighisoara Medieval Citadel may not be as breathtaking as some of the other castles, but it still has plenty of beauty to behold. The genuine architecture and beautifully paved roads lead into the history of this citadel, where everything is nicely preserved. In fact, there were originally 14 towers and nine are still there to look at. There is also a church located on the hill, and let's not forget Vlad Dracul’s house. 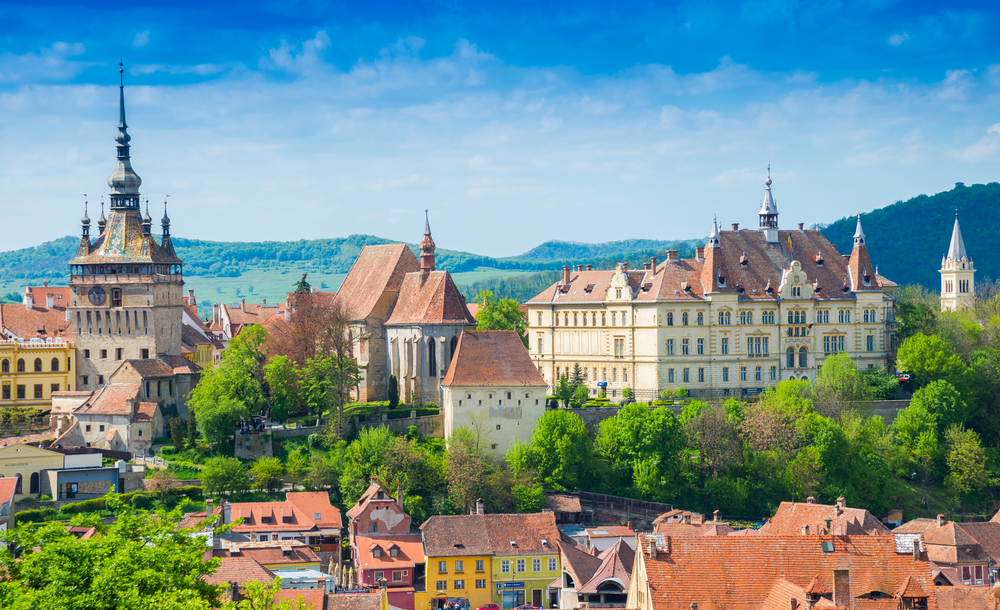 Another area with stunning scenery, Rupea Fortress is mostly ruins that were originally built by the Dacians. After being conquered by the Romans, it has a rich history as refuge for the Saxons during Turkish invasions; later, it was a refuge for those trying to escape the plague epidemic. While the fortress stands in ruins, it can still clearly be observed atop the hill and it is easily seen as part of the beautiful landscape. 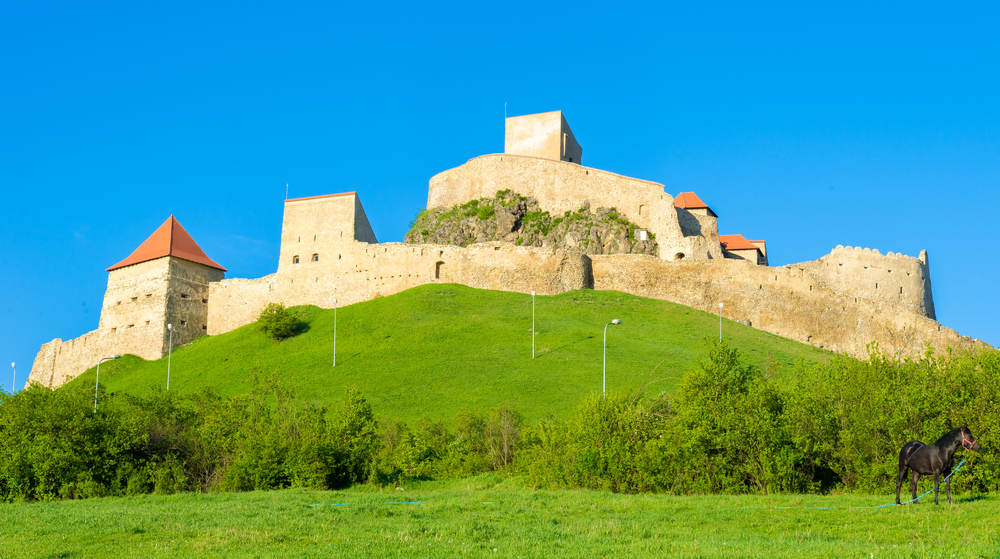 No visit to Transylvania is complete without a visit to the real castle of Dracula. The Poenari Castle may be a destroyed citadel now, but it once was a fortress of the infamous Vlad the Impaler. It was constructed on a cliff, which made it hard to breach, but Mother Nature took its toll in a 19th-century earthquake that destroyed much of the castle. According to Tourist in Romania, the steps were added so tourists could access the castle easier. 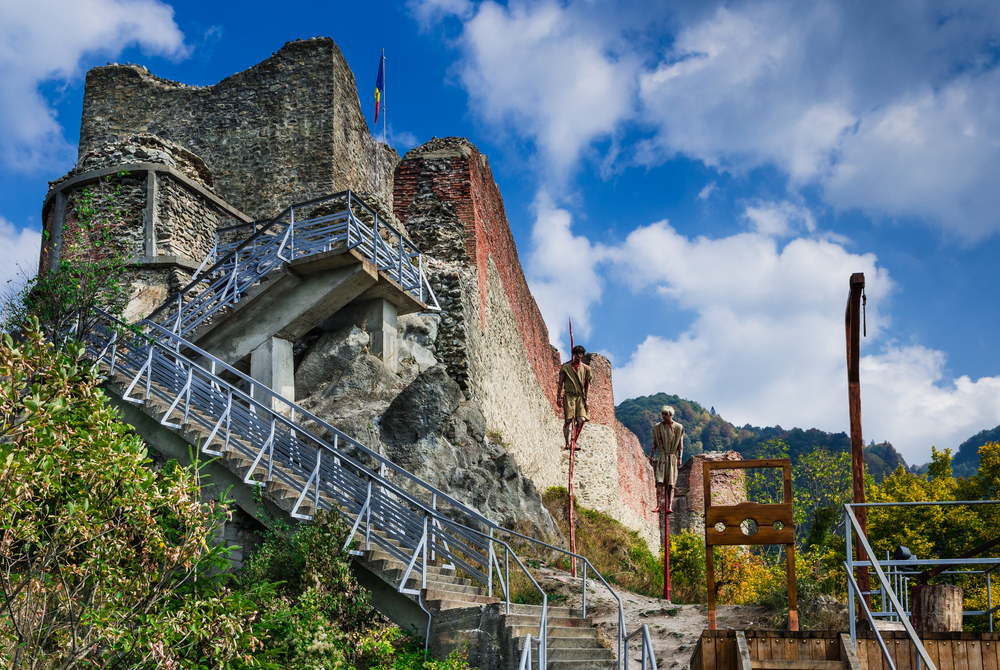 This is another area that is now ruins. Deva Fortress sits atop a hill, so you can still see it clearly. It was one of the most important castles in Transylvania throughout the years, and it went through being conquered, sold, and demolished. It was originally used by such royalty as dukes, princes, and counts. Time has taken its toll on this fortress, but some of it has withstood everything thrown at it, and you can still see some parts of it today. 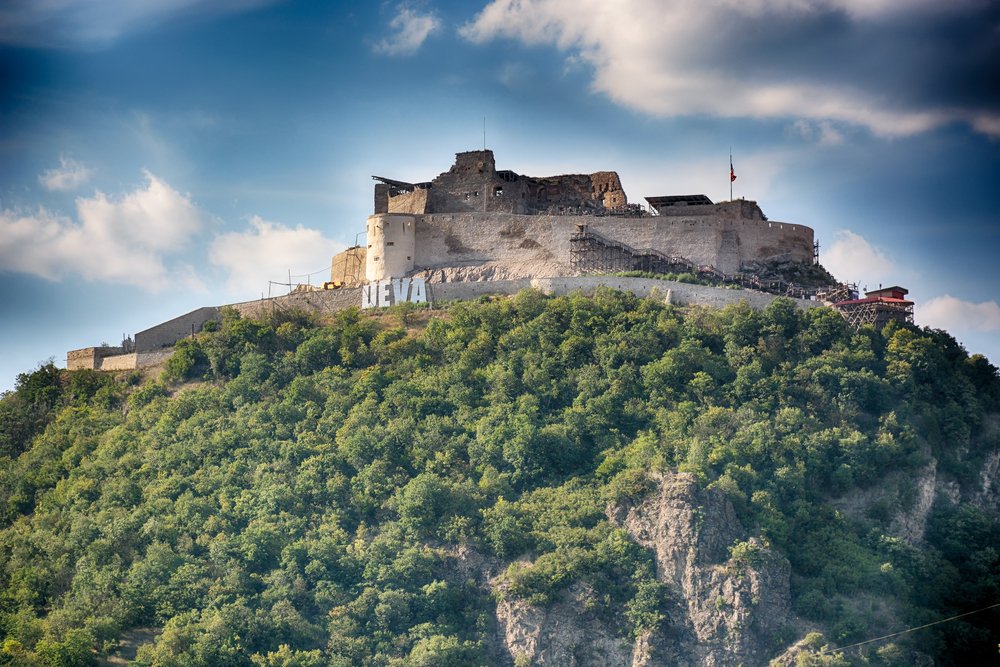